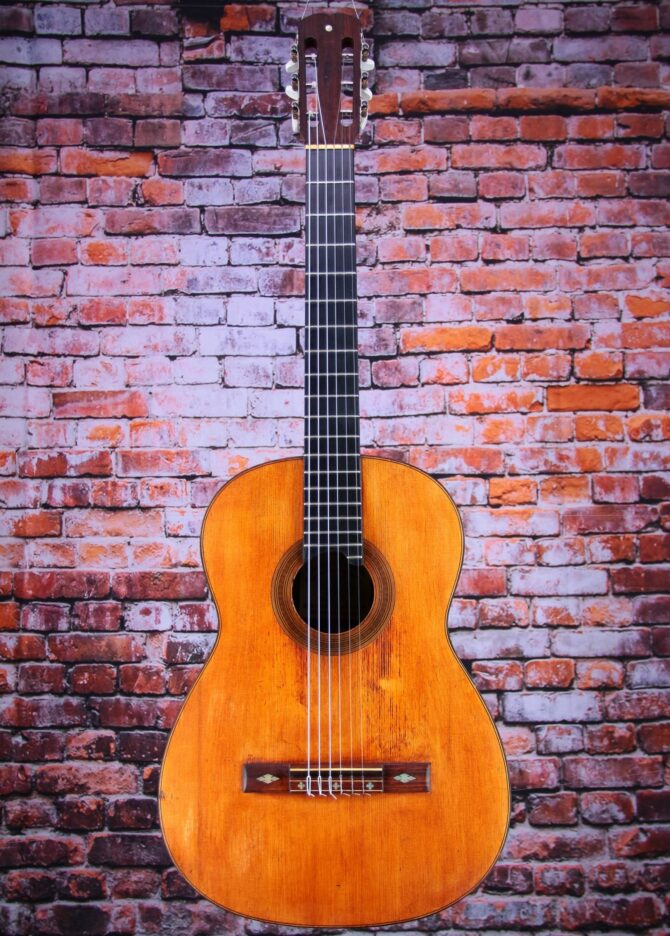 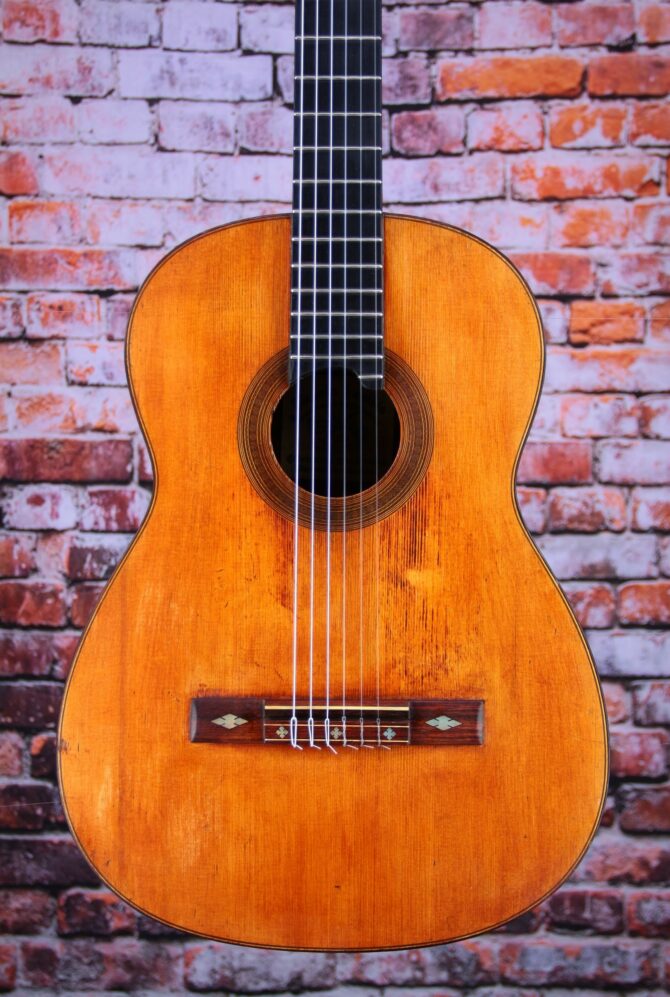 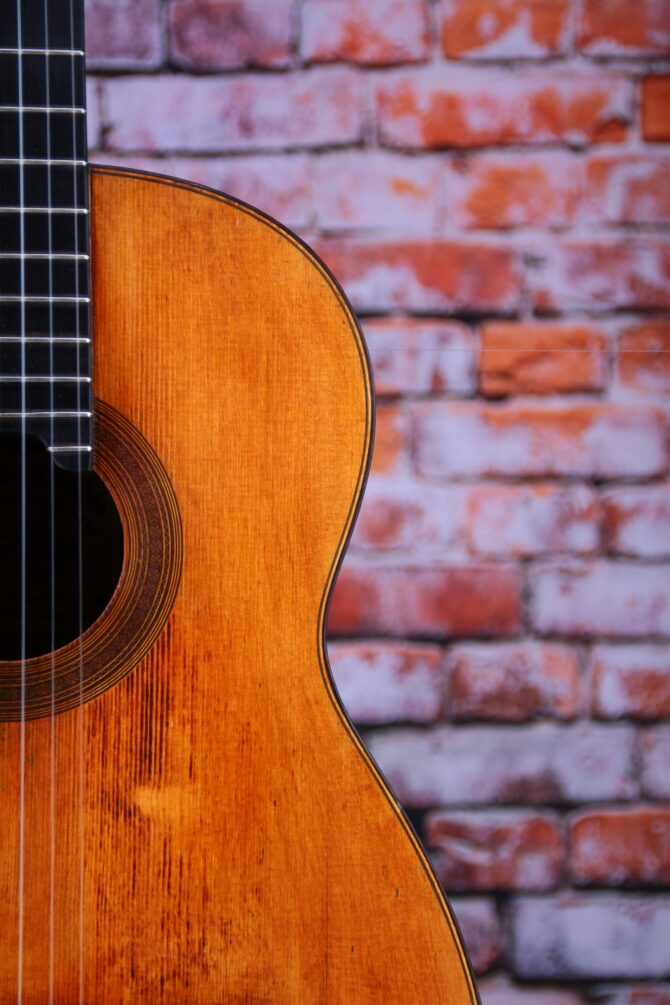 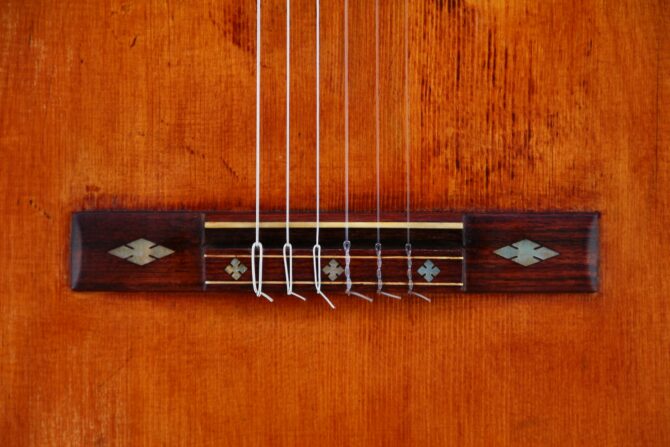 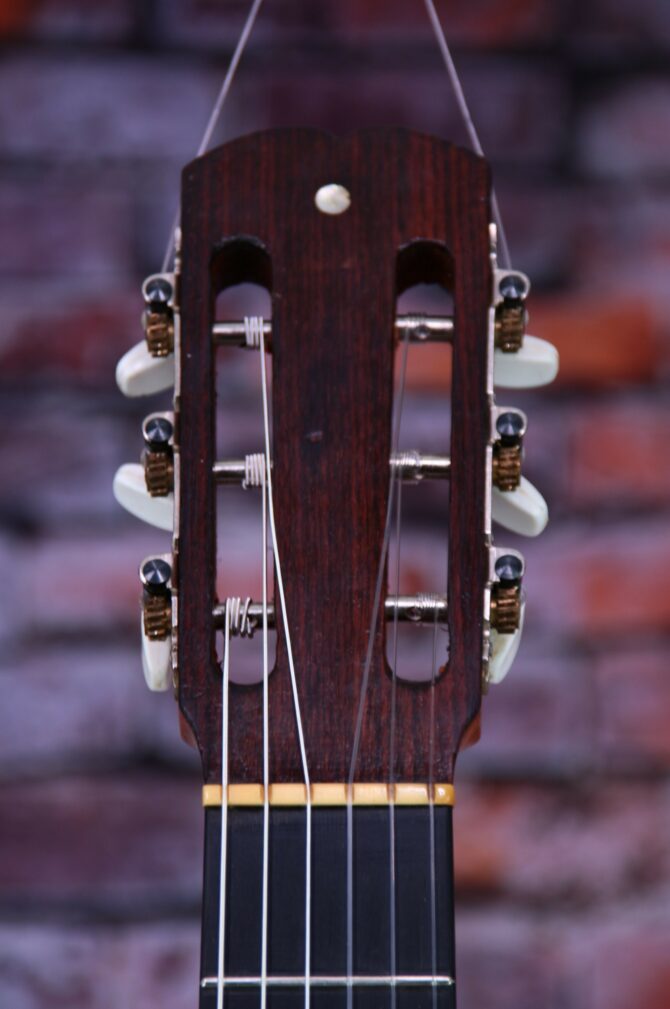 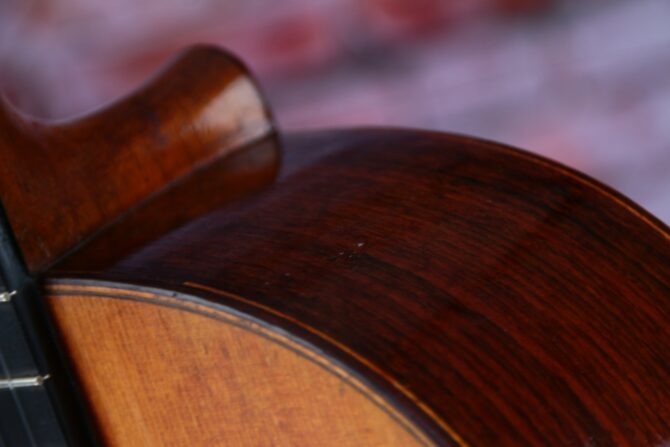 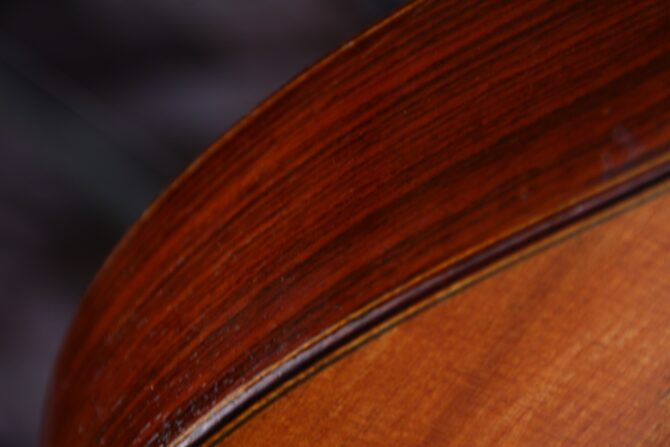 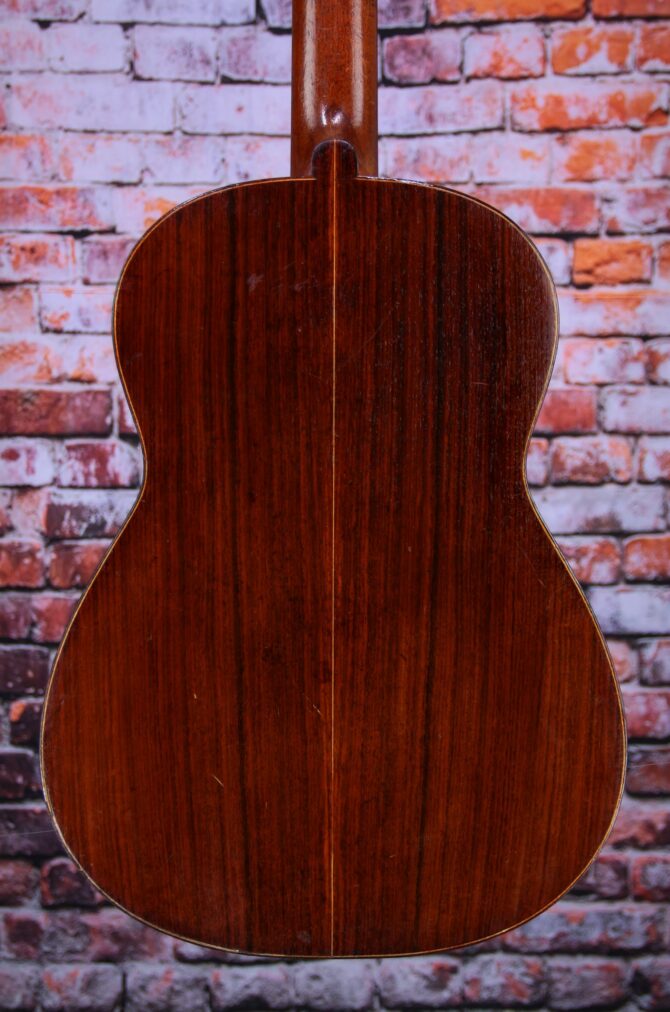 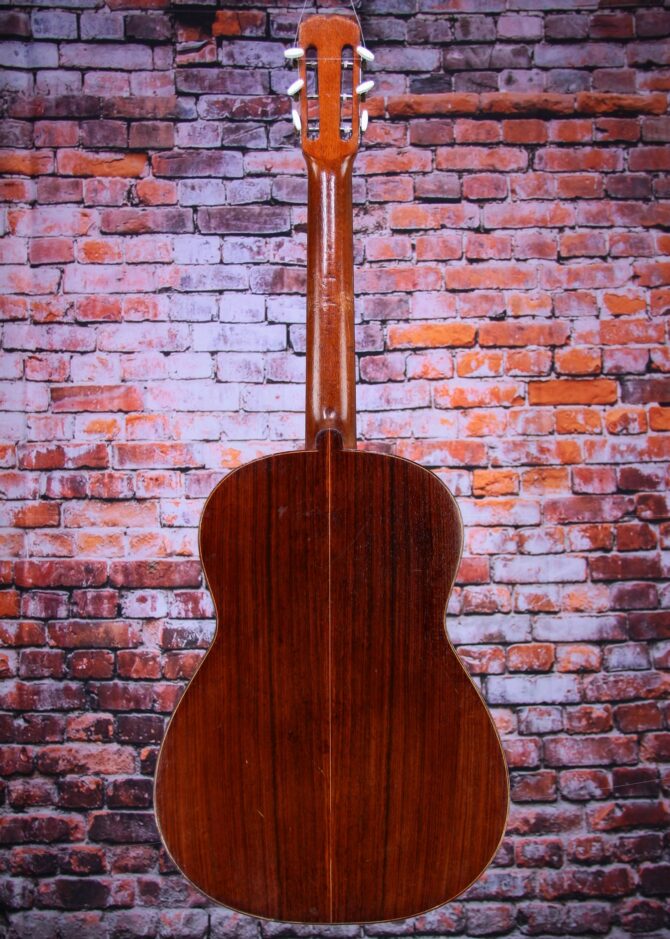 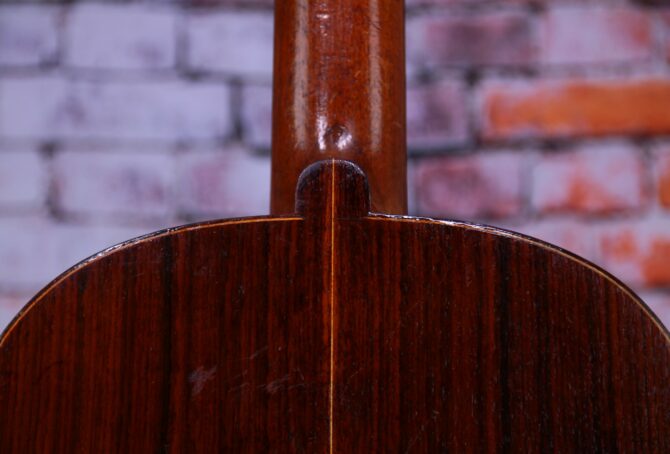 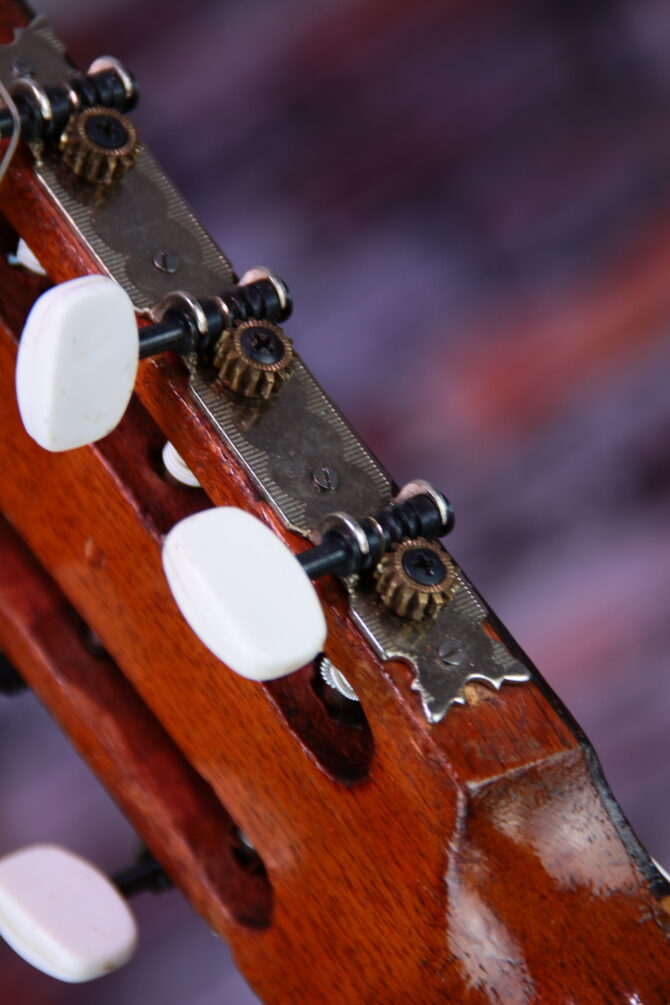 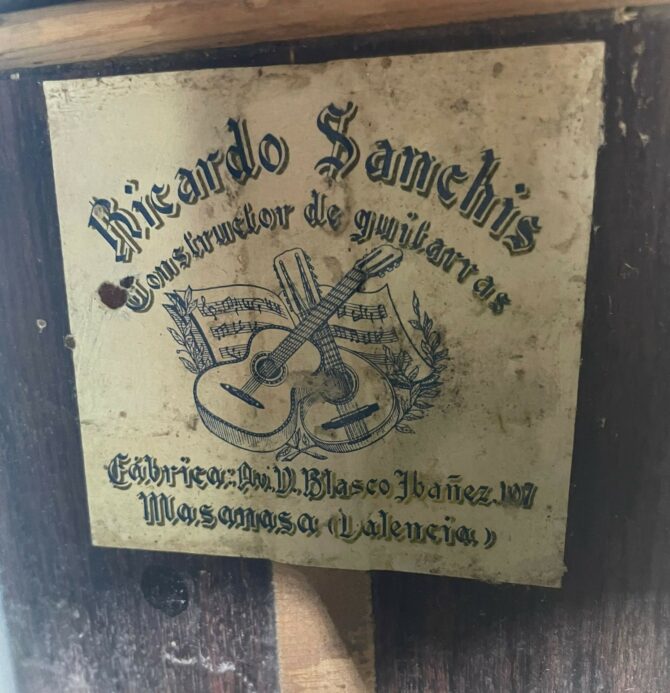 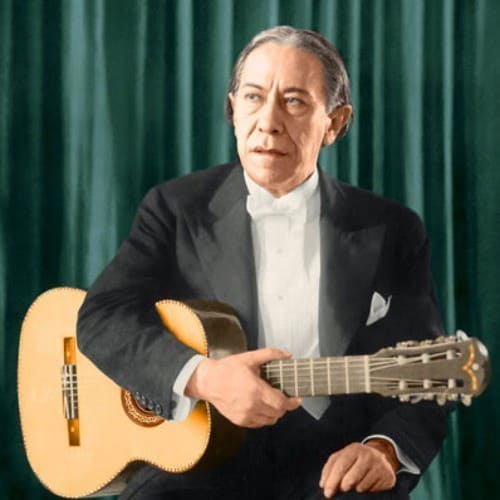 The guitar is comfortable for both hands adjusted with a low action. It has a straight neck and good frets.
The condition is very nice too and the guitar has been restored.