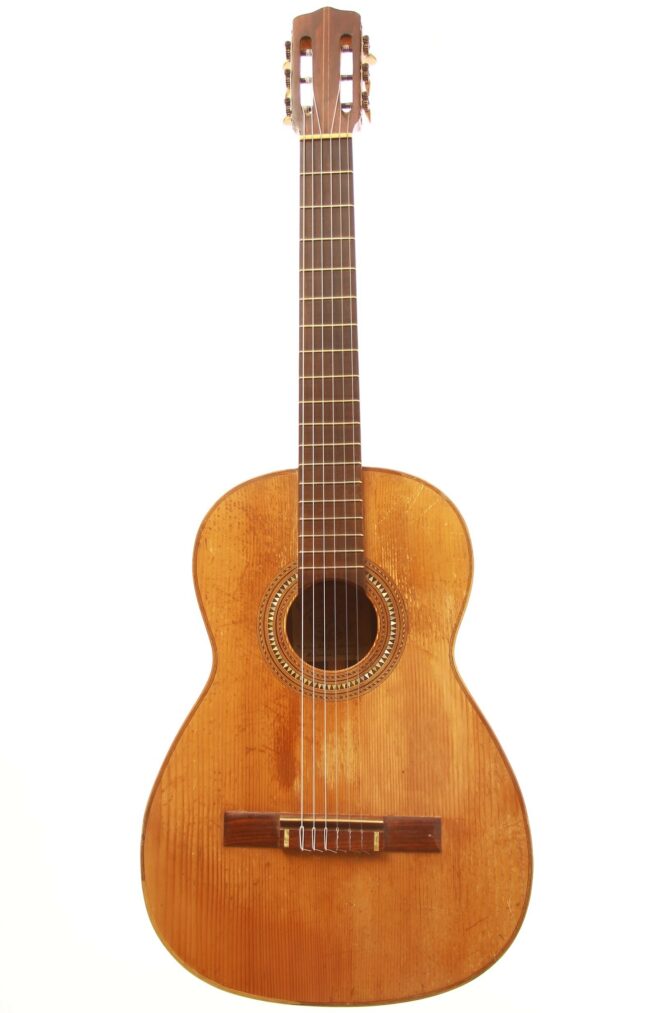 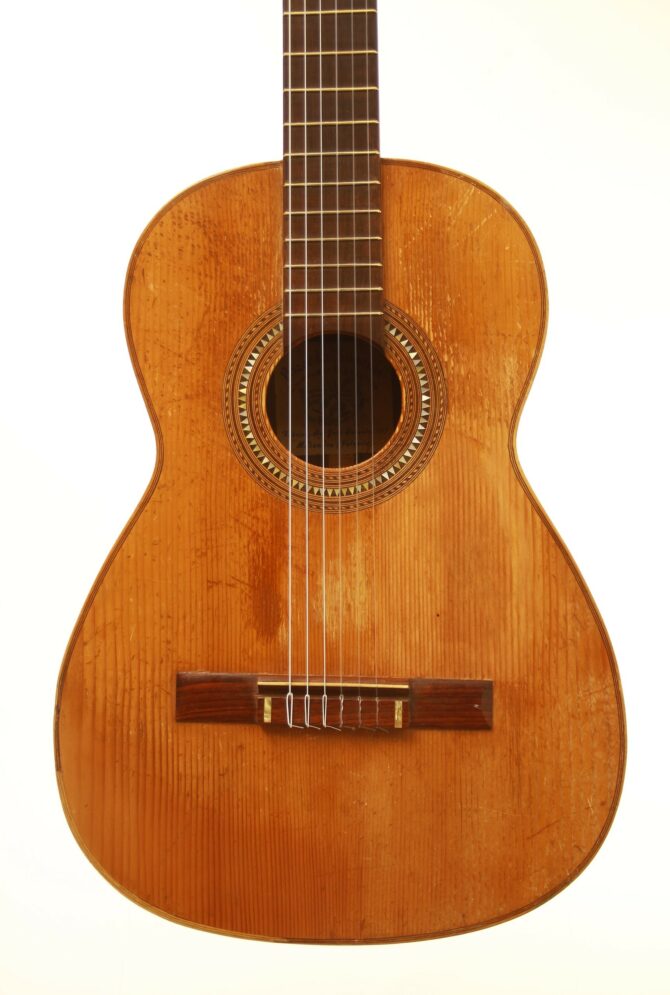 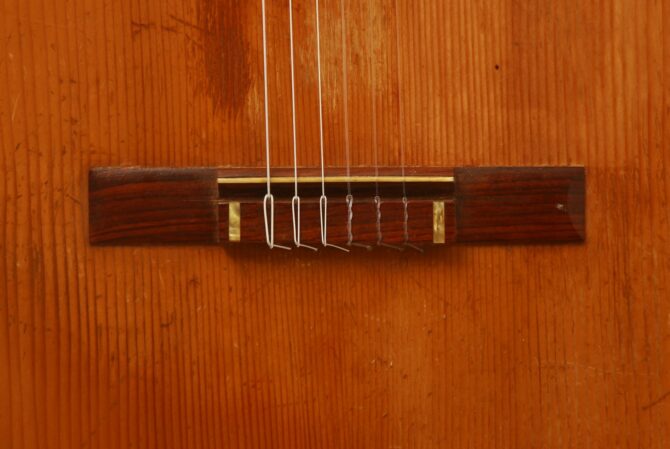 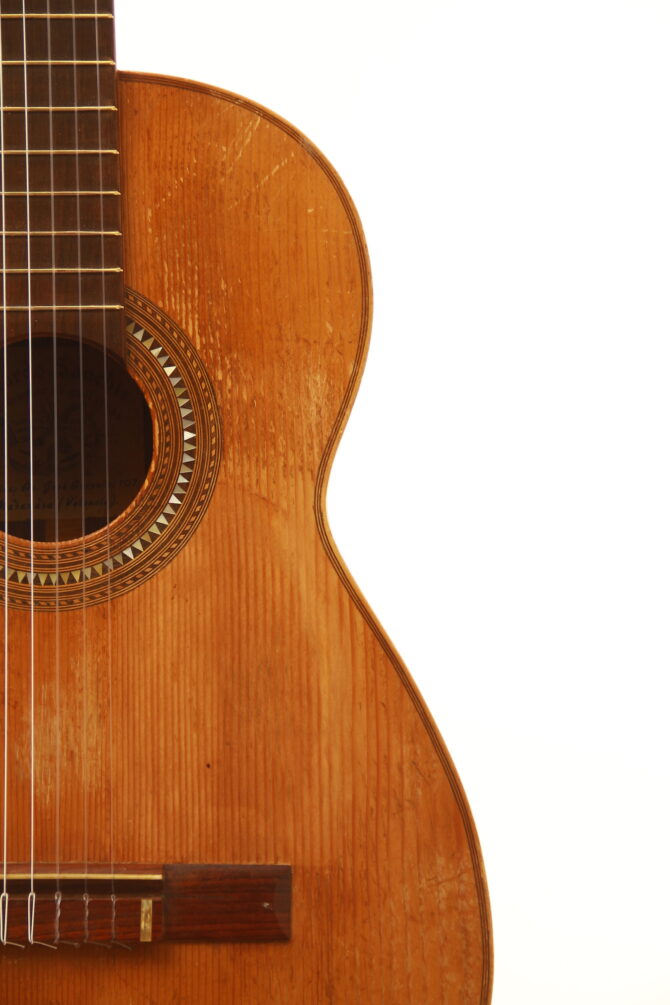 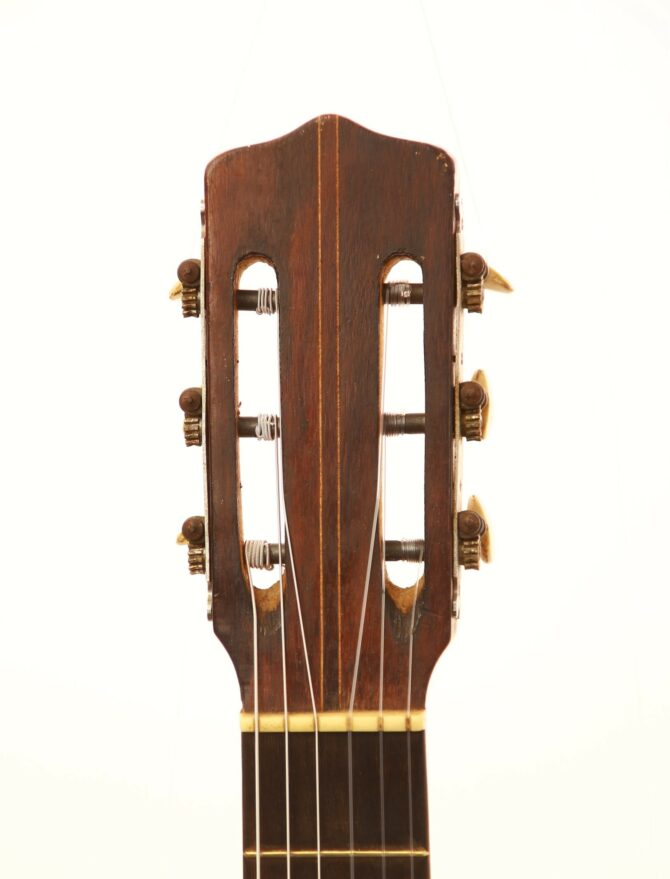 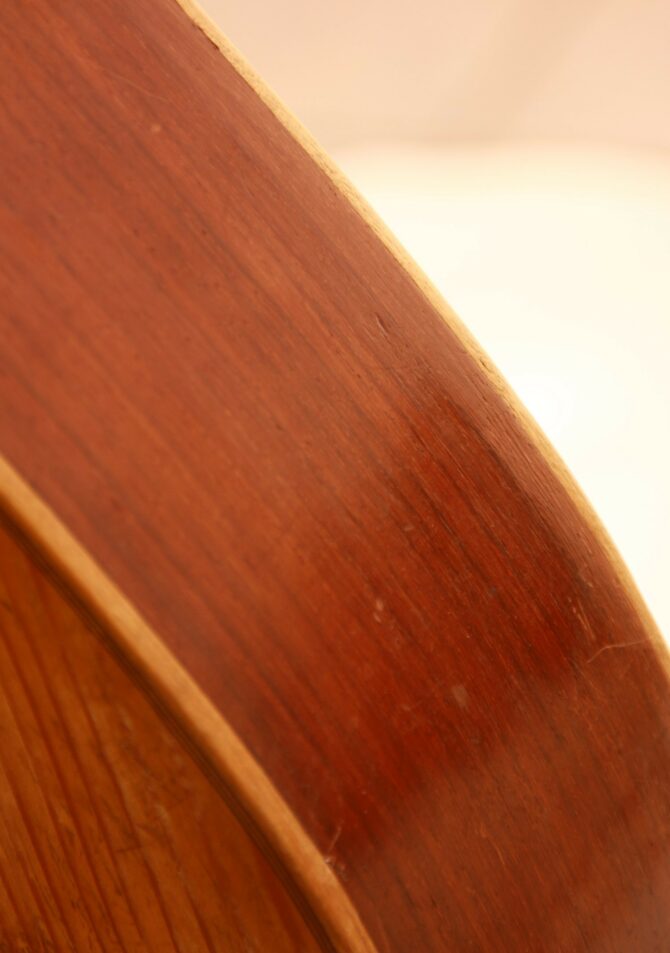 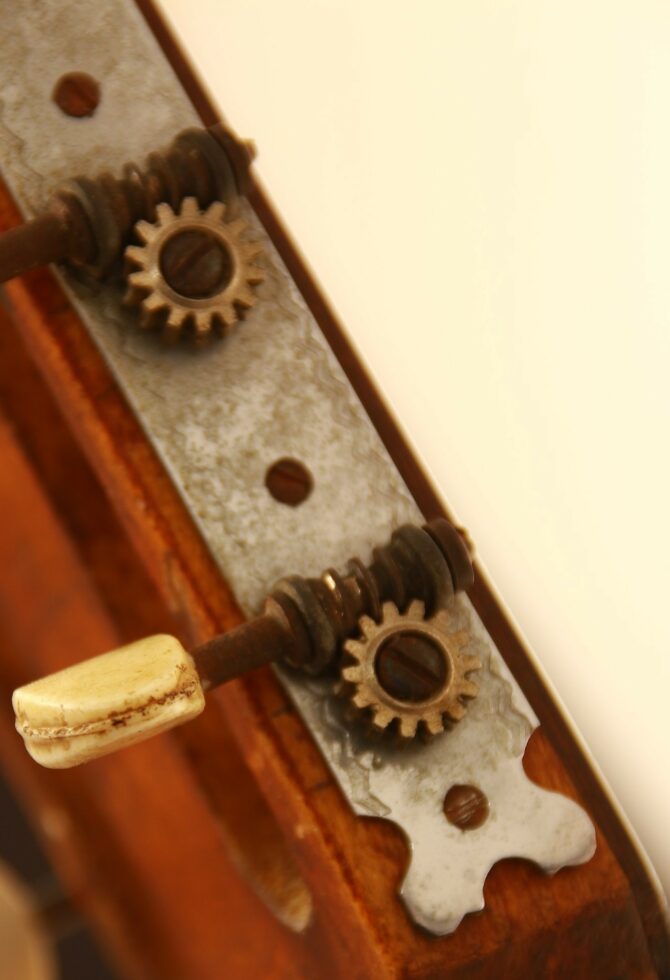 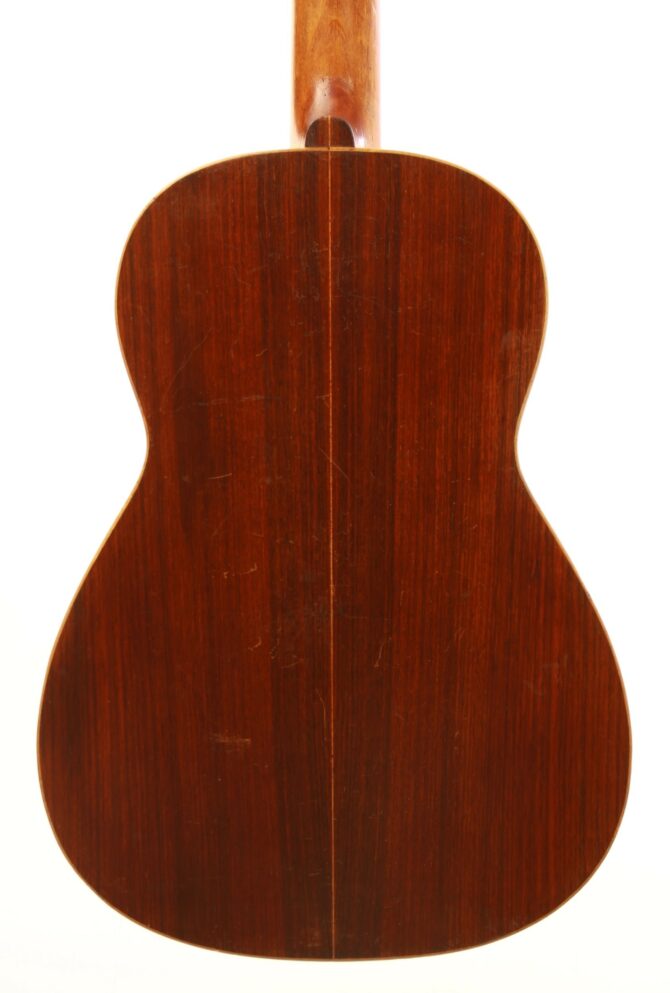 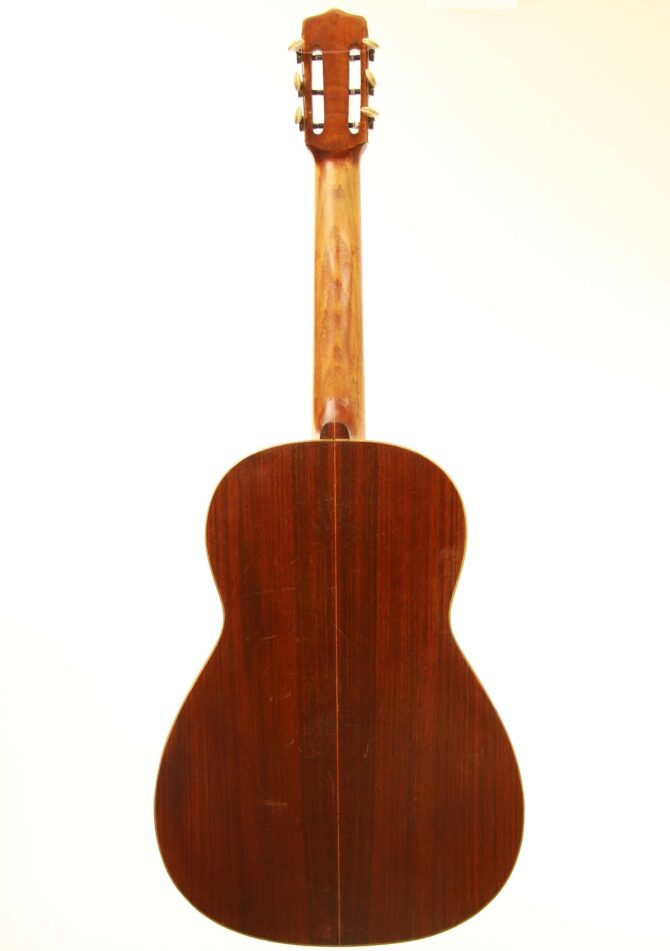 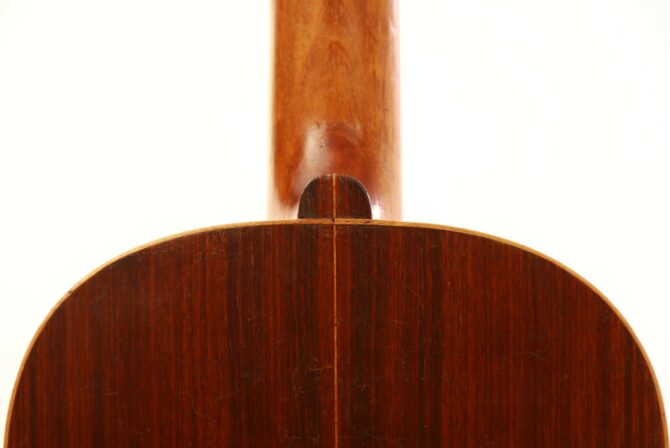 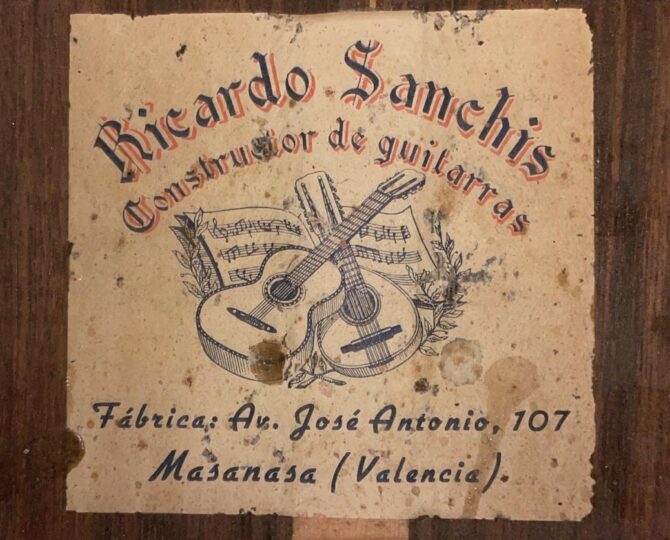 The guitar was built between 1930 and 1940. It has a spruce top and the back and sides are made of rosewood. The scale length is 645 mm and the nut width 52 mm. It has quite a junky neck profile.