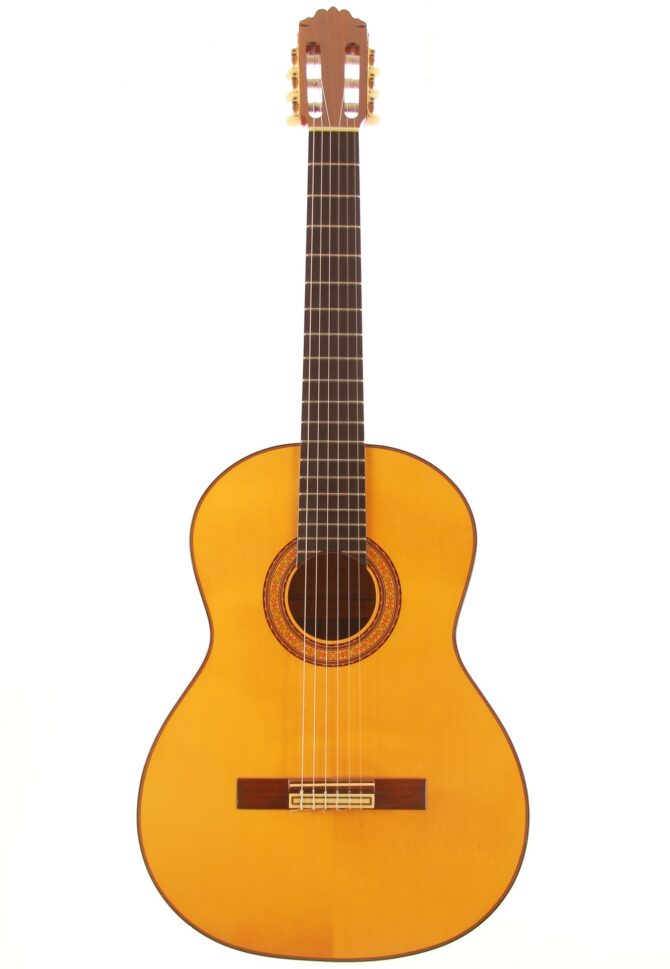 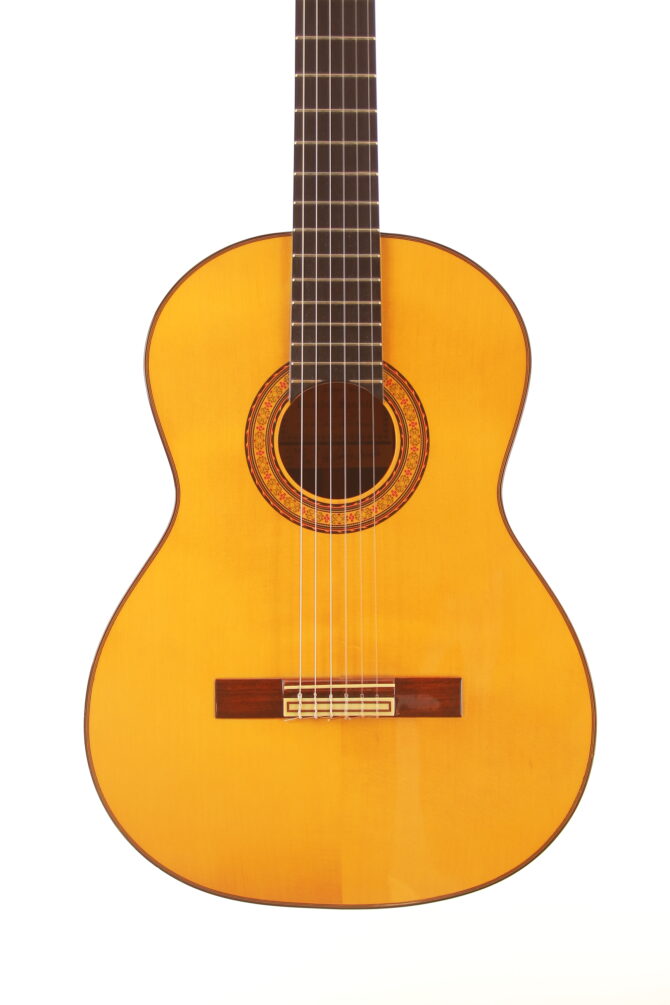 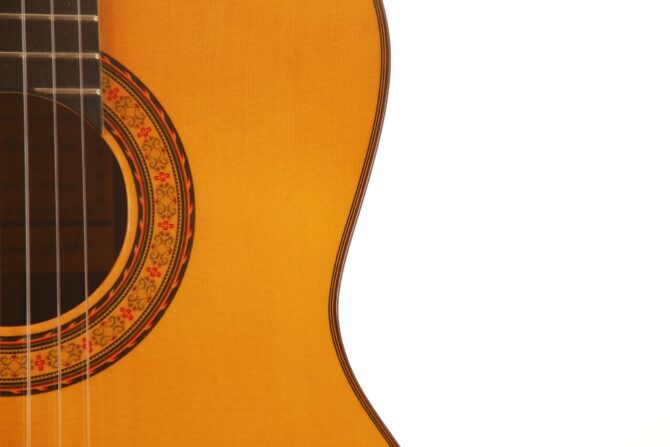 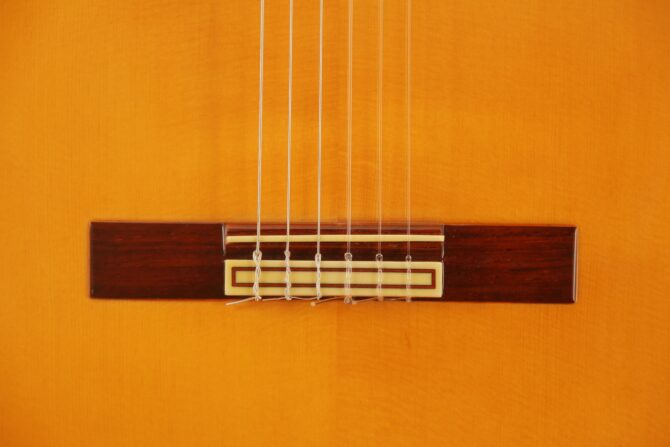 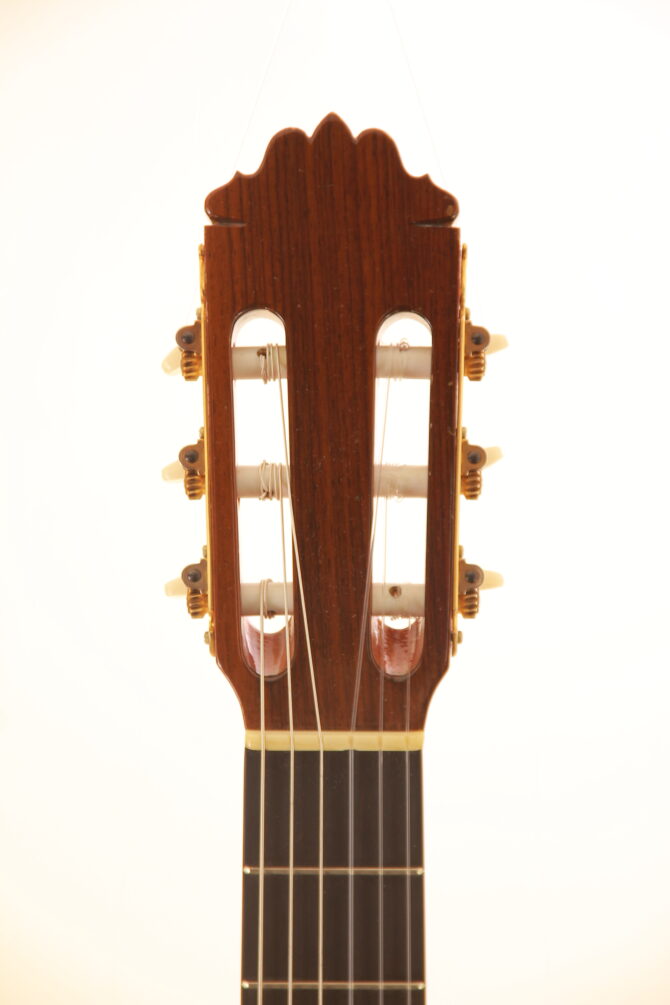 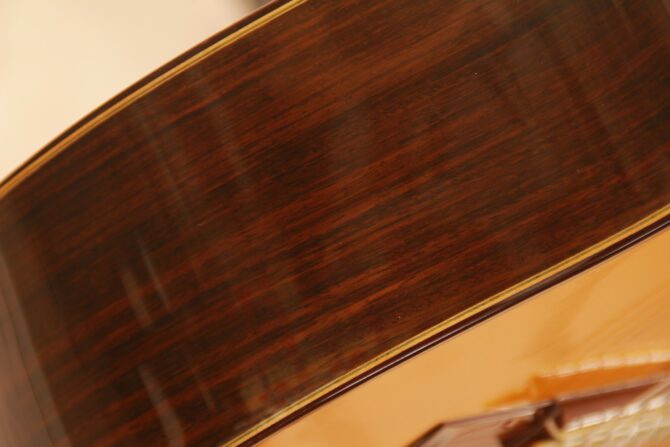 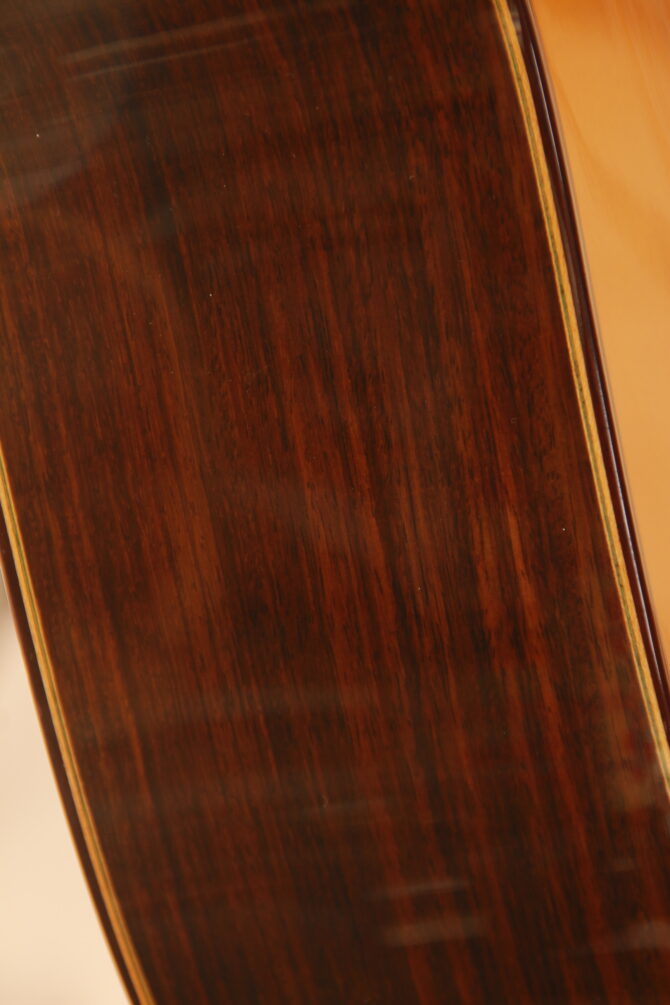 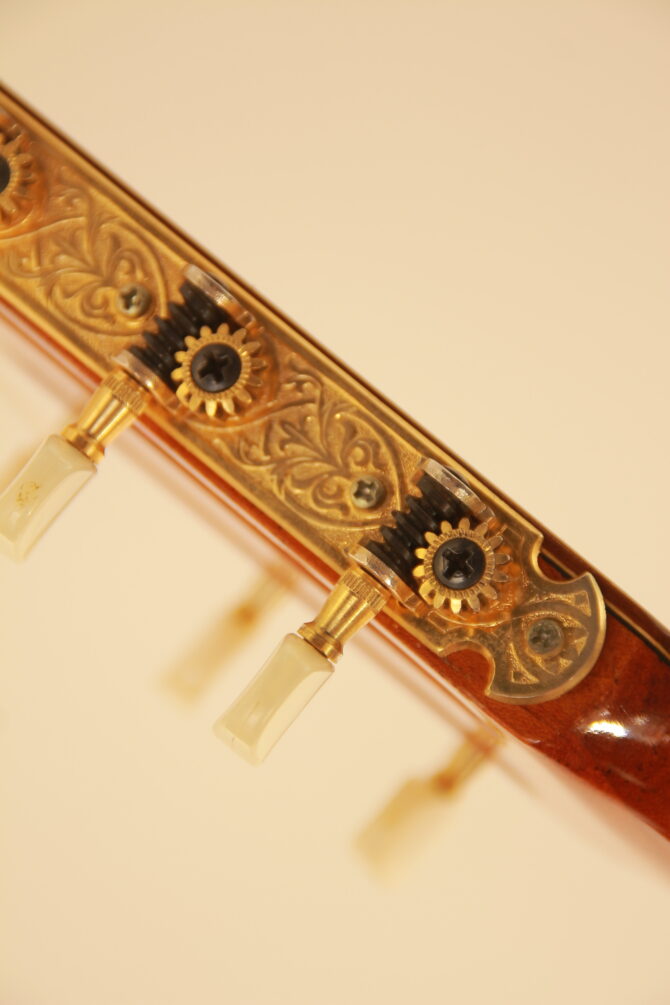 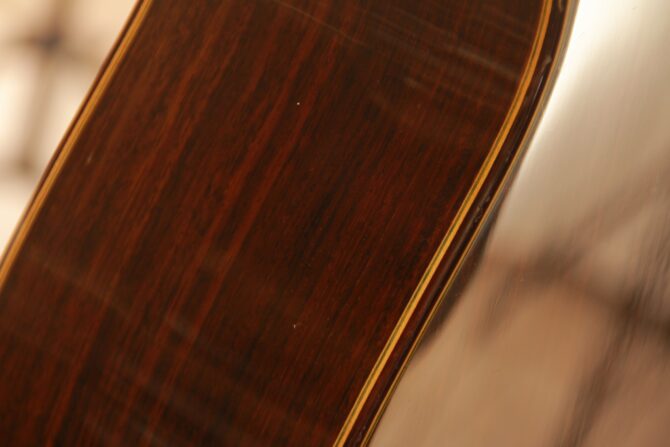 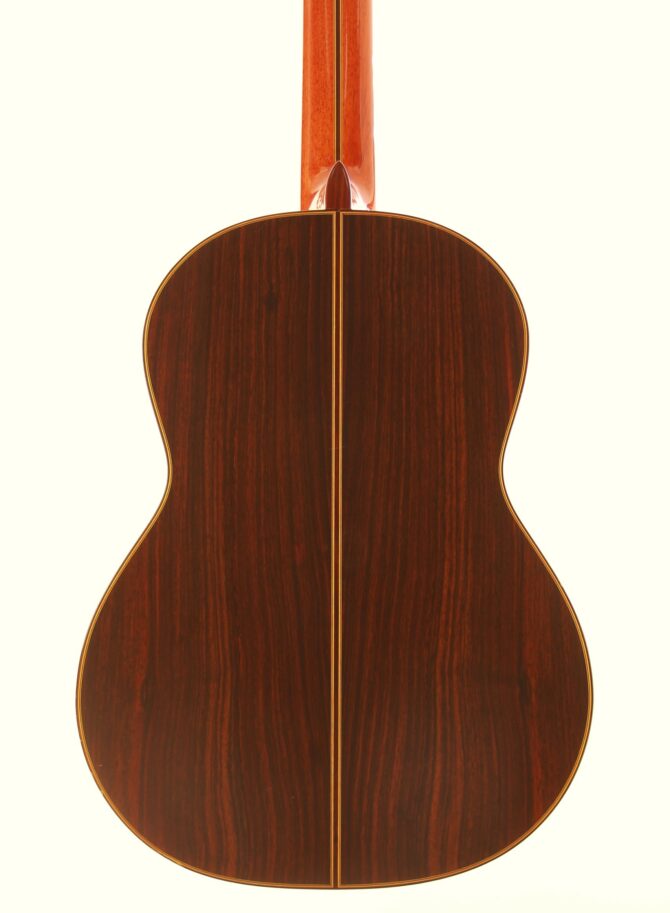 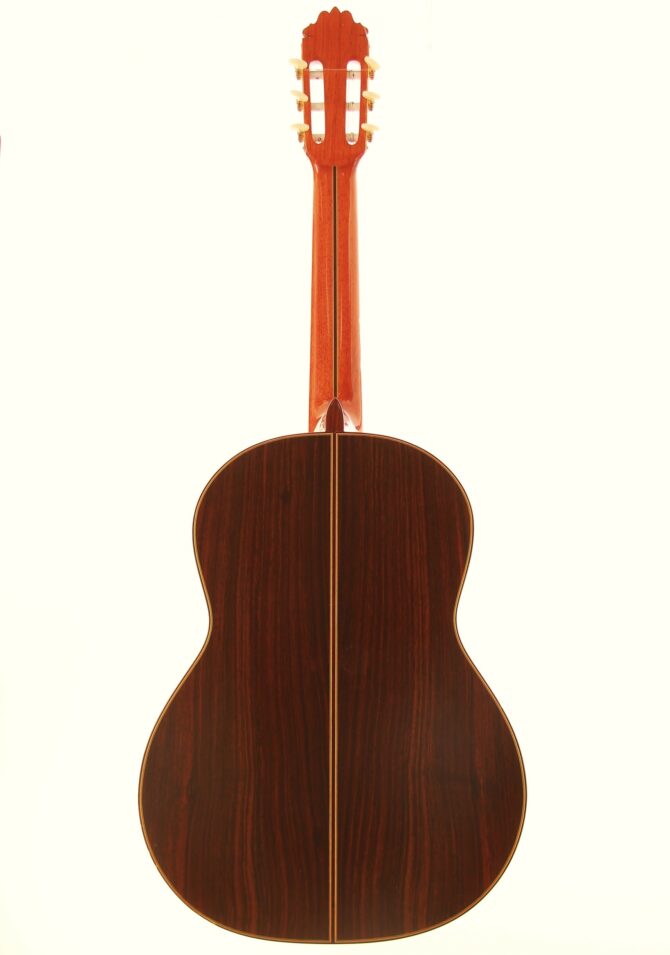 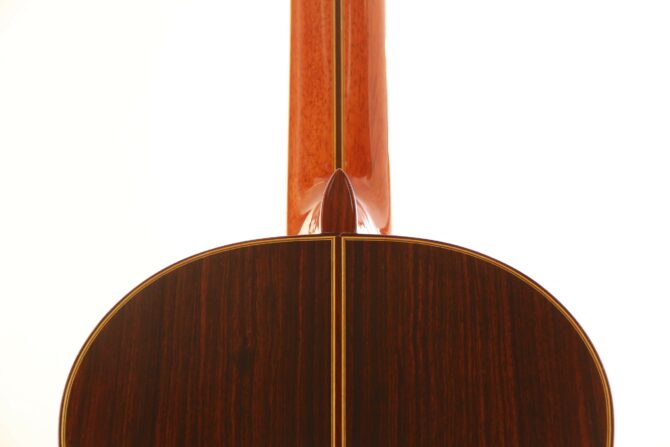 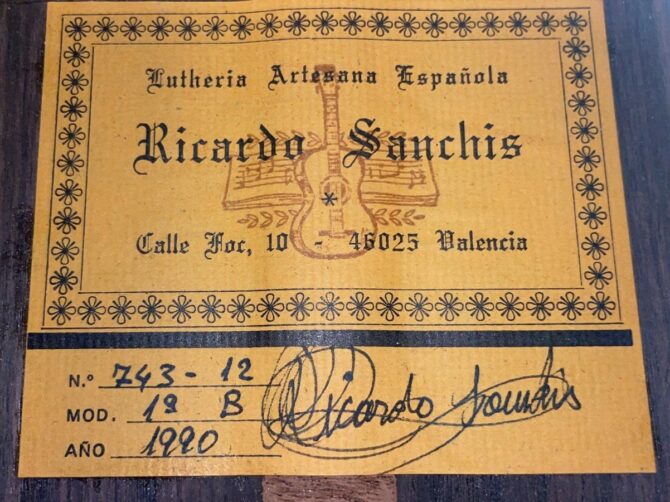 Ricardo Sanchis Carpio is still the head guitar maker of Hermanos Sanchis Lopez in Valencia, which was founded by his grandfather Ricardo Sanchis Nacher in 1915. After working for some time with guitar makers in Valencia, the founder moved to Madrid, where he became friends with Manuel Ramirez and Domingo Esteso. To perfect his craft, he stayed in Madrid and worked for Domingo Esteso on Sundays for three years. As a result, the Sanchis family has had close ties with Esteso and his heirs, the Hermanos Conde, ever since.

This guitar was built and signed by the master Ricardo Sanchis Carpio in 1990. It is a guitar of very high quality, with a finely selected spruce top and high quality rosewood for back and sides.
It has a scale length of 652 mm and a nut width of 52 mm.

The sound is overwhelming. We are thrilled by the Spanish lightness that this guitar radiates.
It has powerful and deep basses and the harmonics it produces are truly magical. The trebles have a lyrical, singing quality.
The guitar can get very loud, with a piercing richness of sound, and yet it always maintains a charming tone.
It is a truly graceful instrument that delights and inspires.

The condition is very good considering the age. It has some signs of play and use but is free of cracks, breaks and repairs.

The guitar comes in its original case.