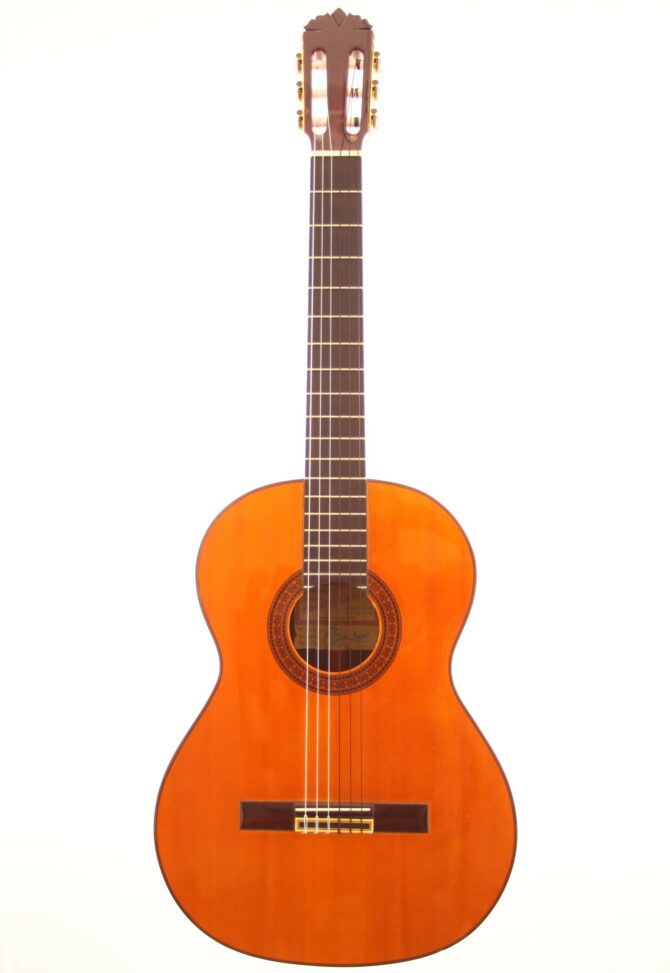 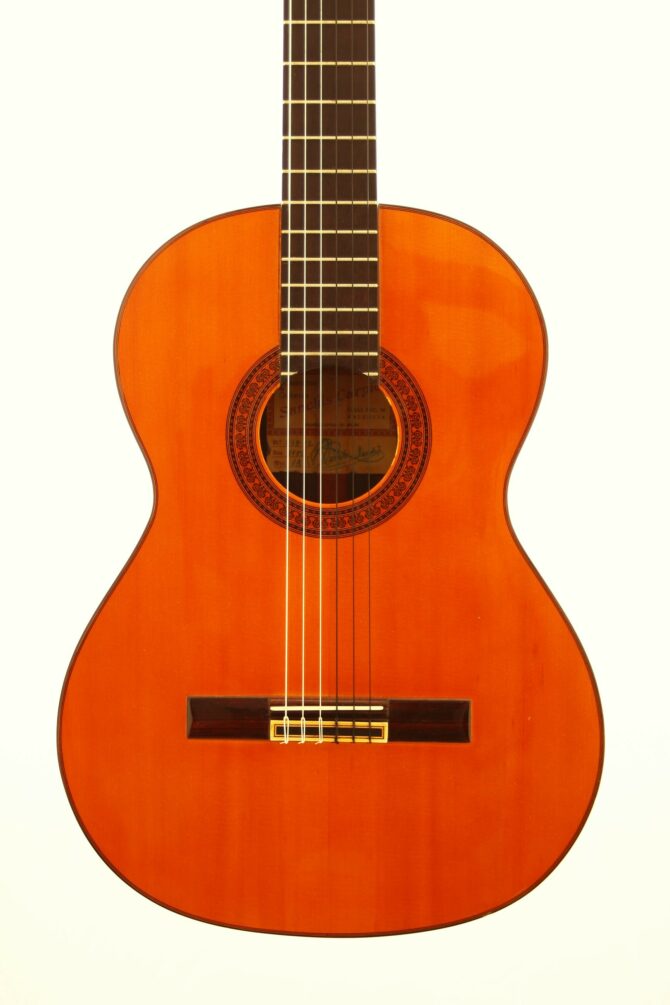 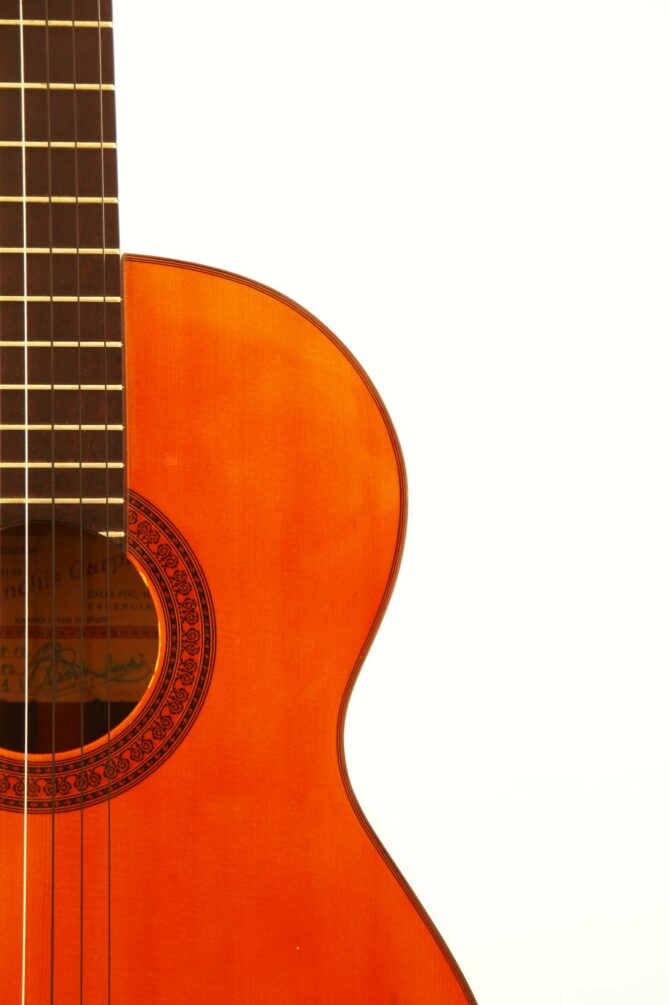 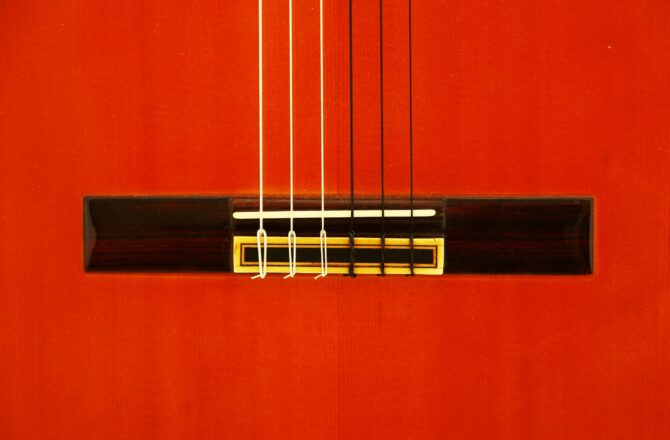 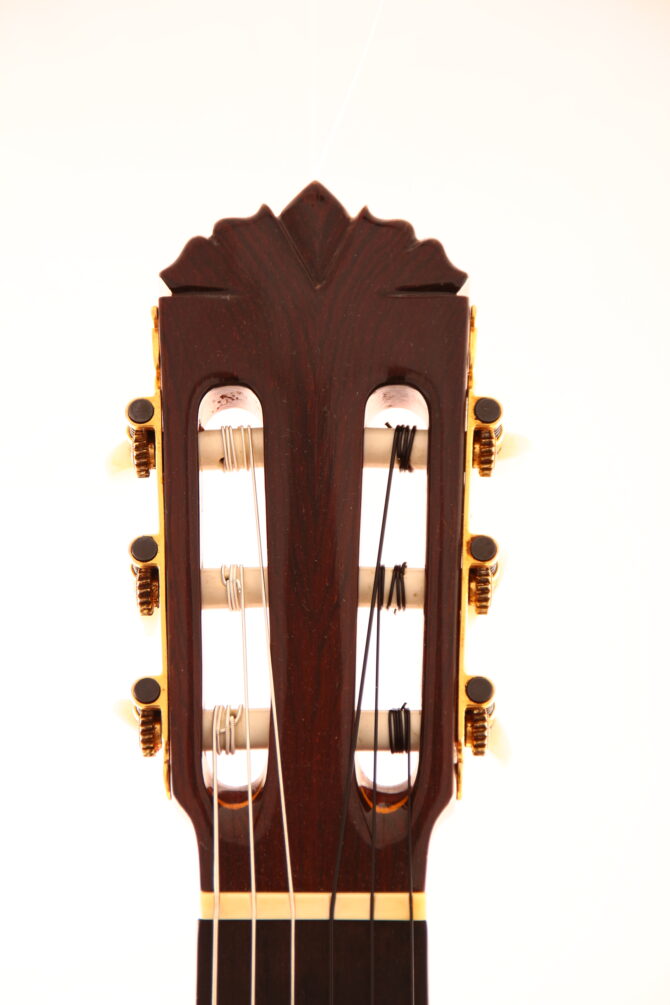 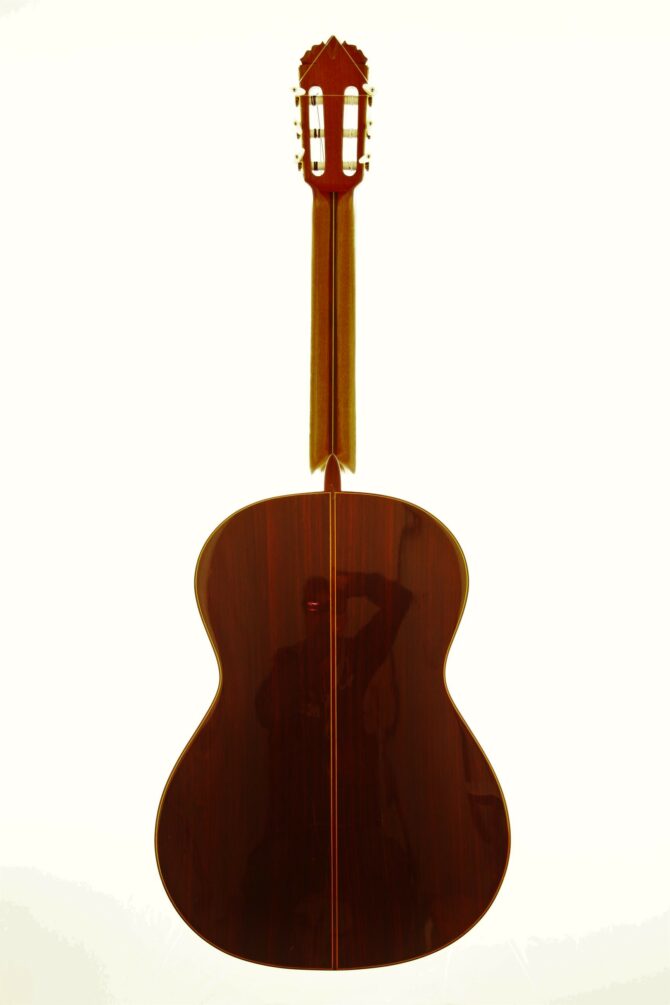 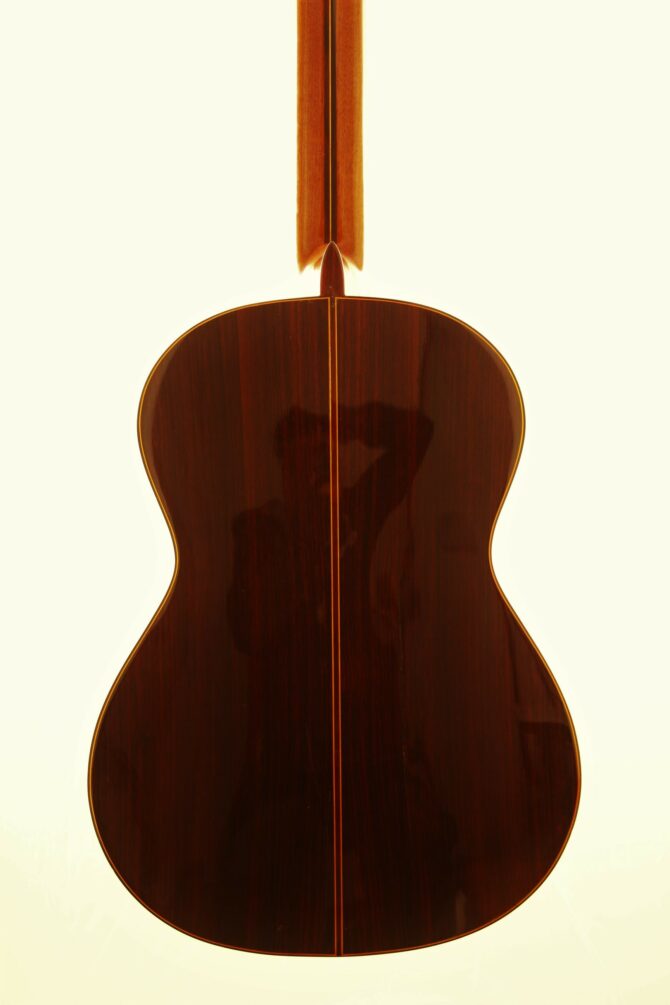 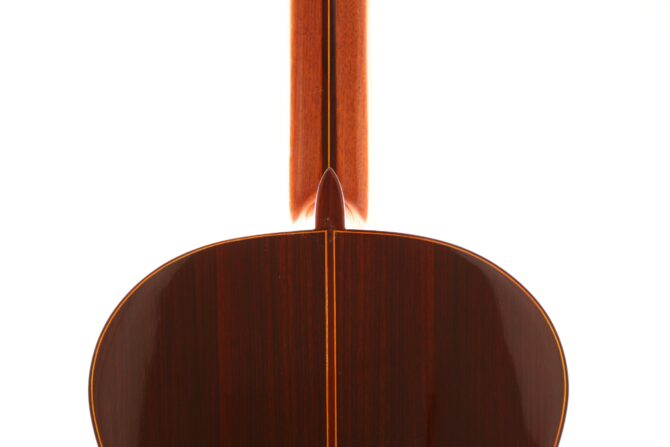 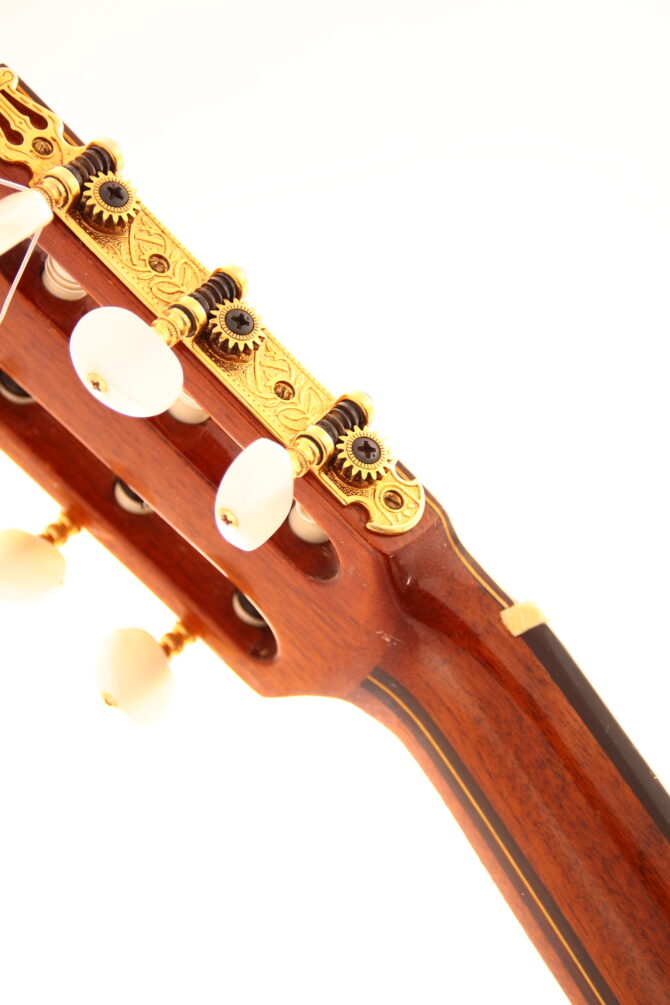 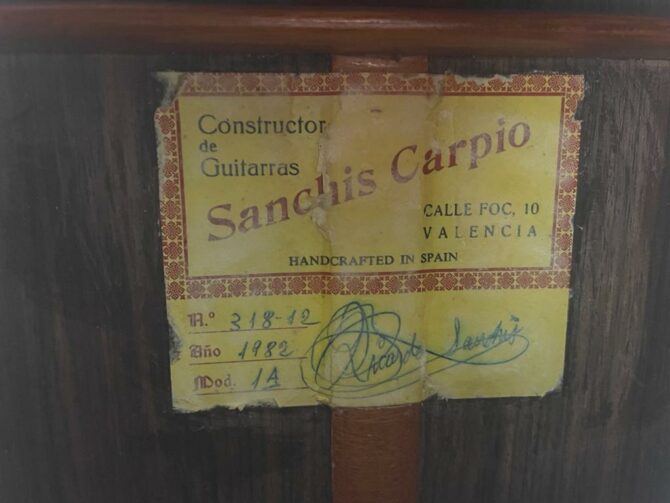 The sound of this guitar is simply spectacular, due to the volume in particular and the quality in general: The basses are powerful and deep, with an incredible flamenco sound. The highs are well defined, with an amazing range.
A high end instrument which has the power of the greatest flamenco guitars.

The guitar is perfectly adjusted and is in a good condition (only 2 repairs on the back, which have professionally be done).