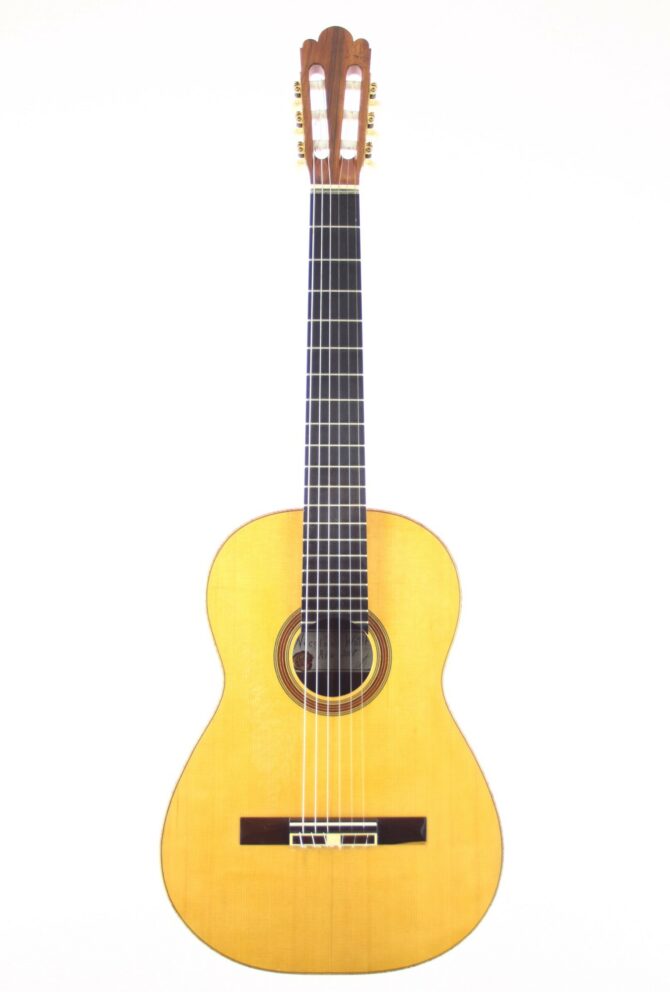 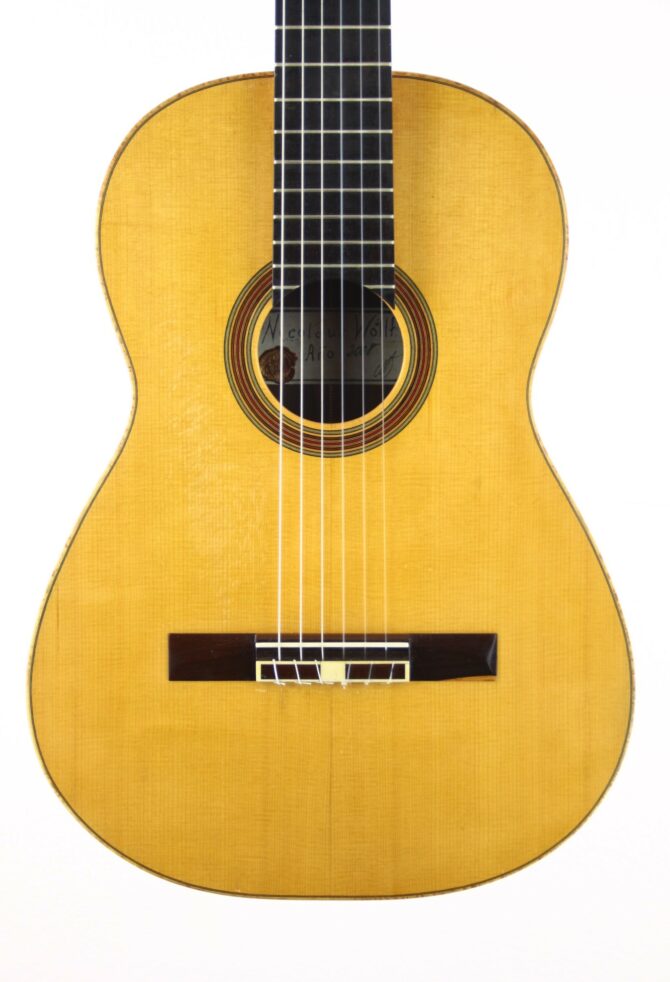 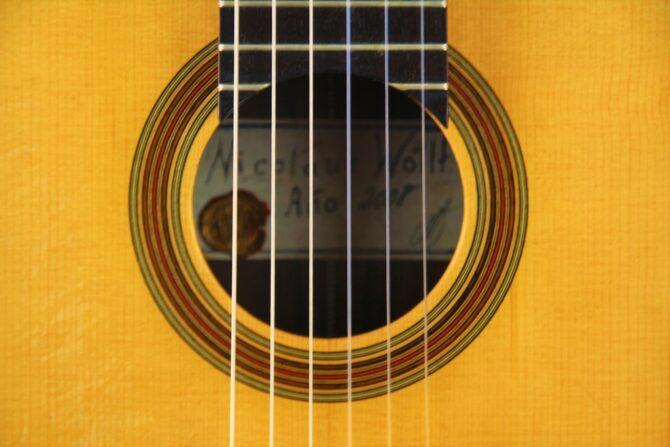 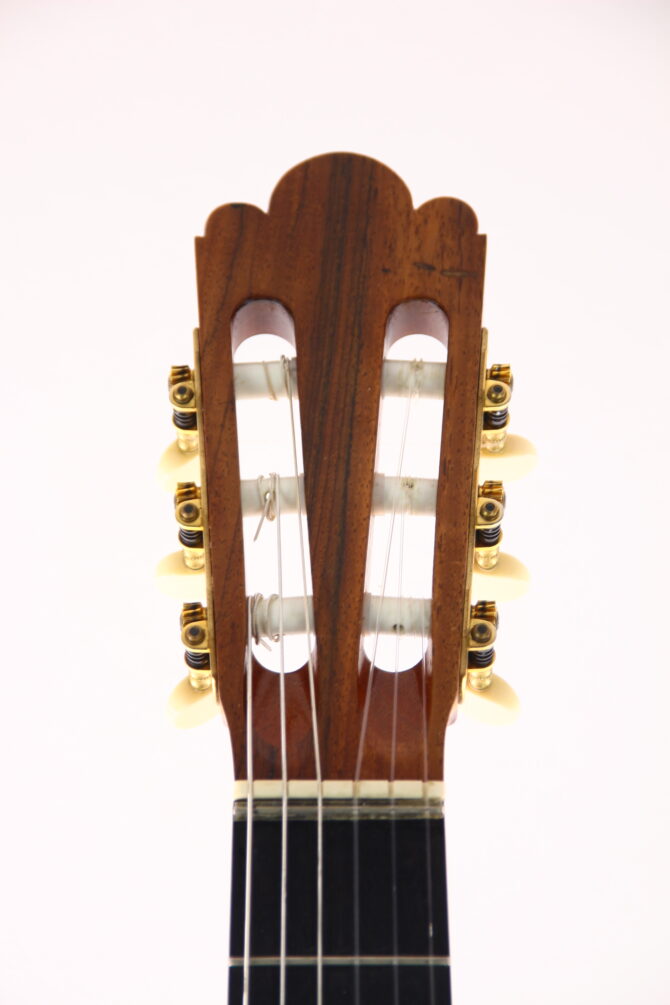 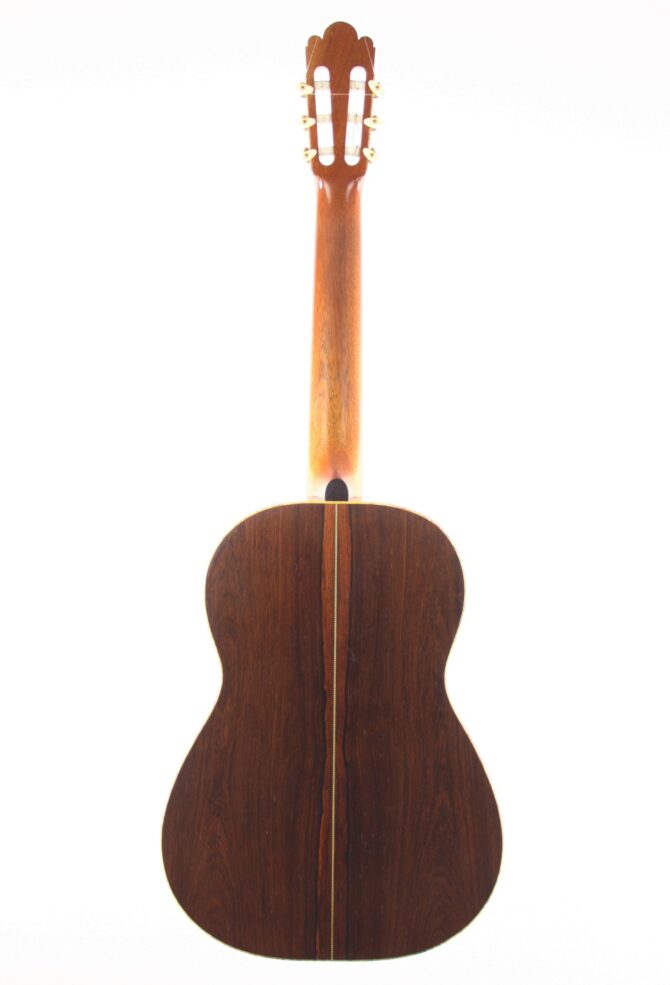 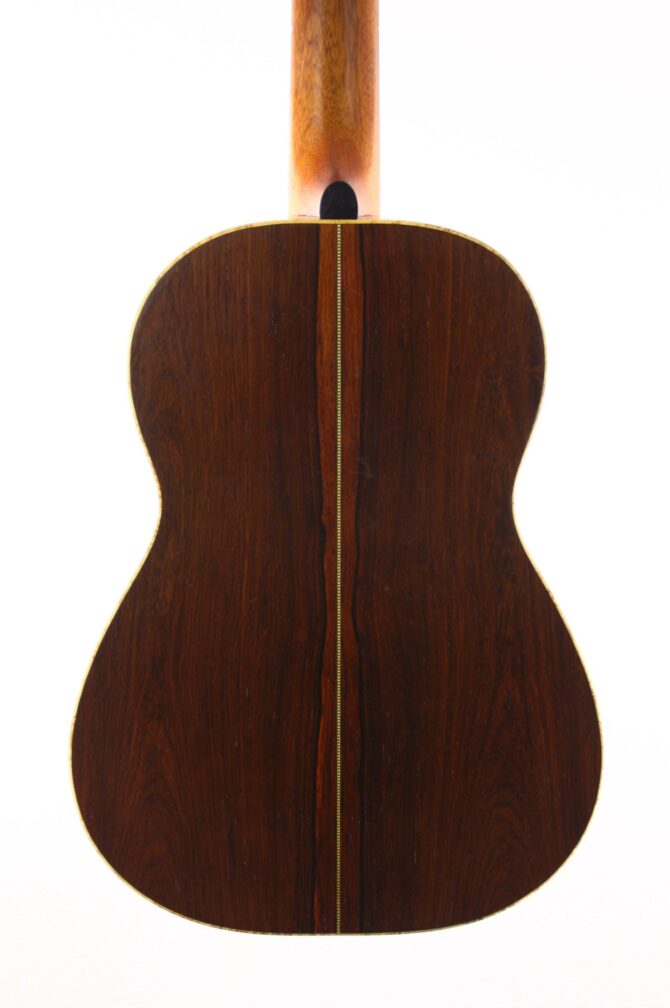 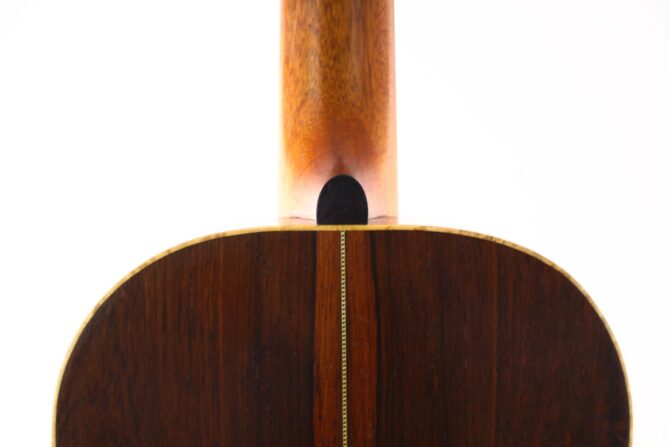 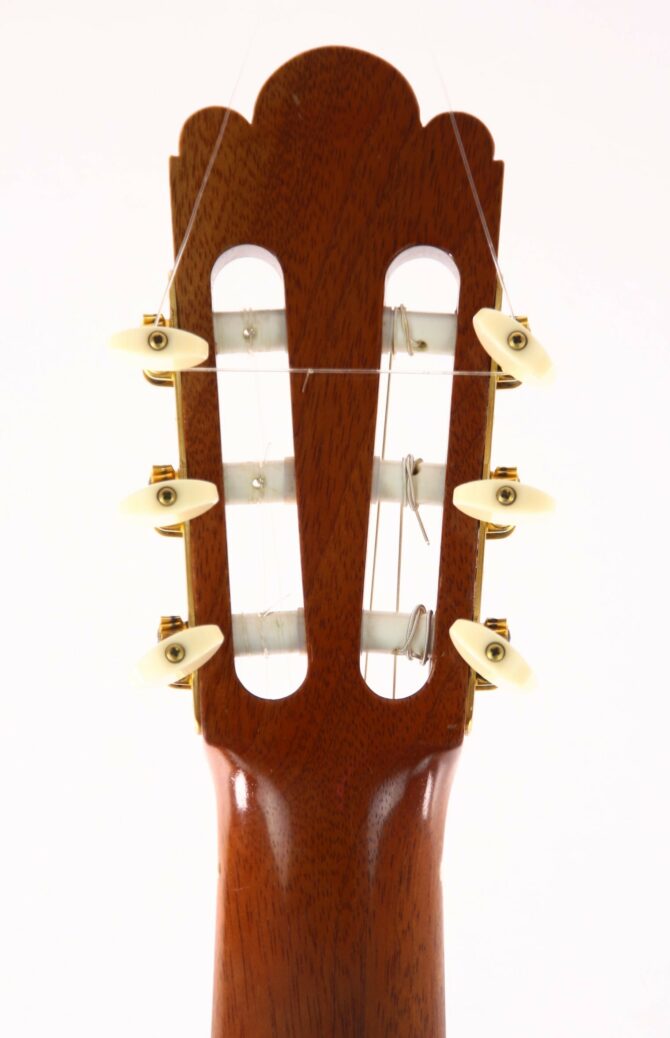 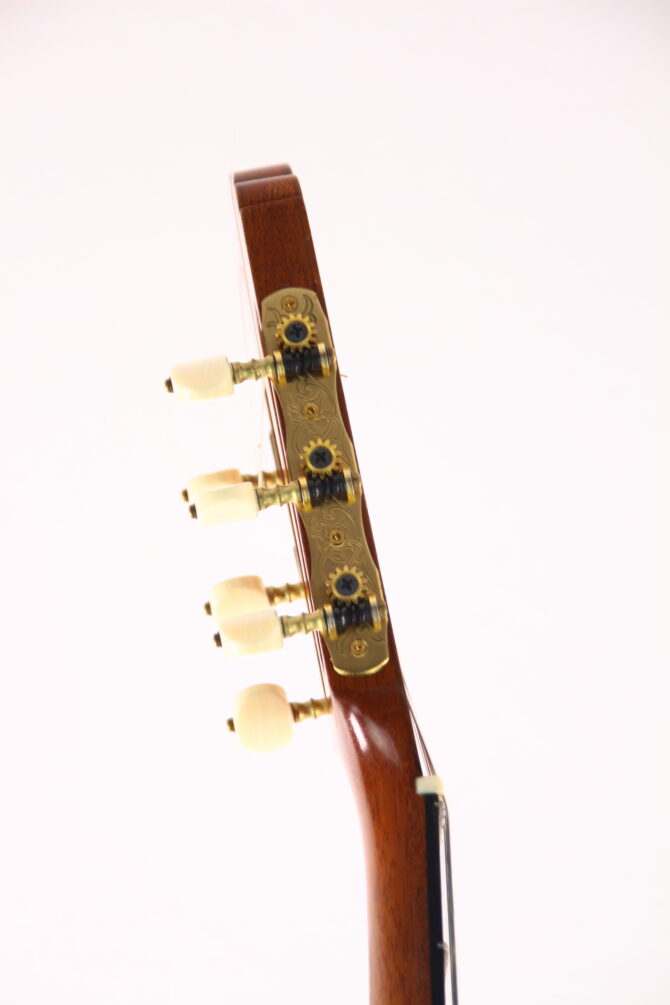 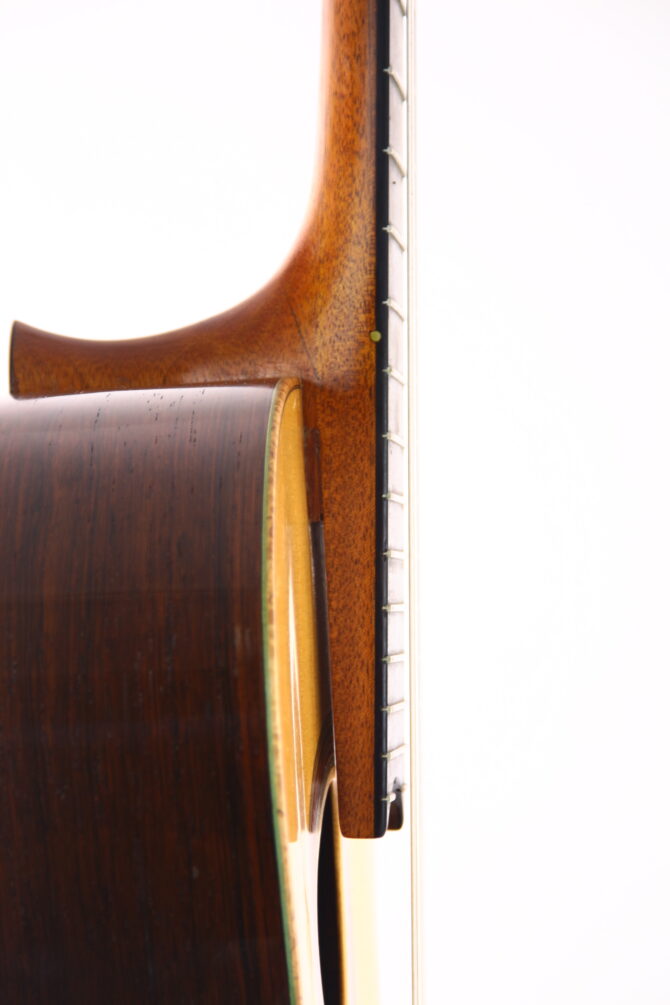 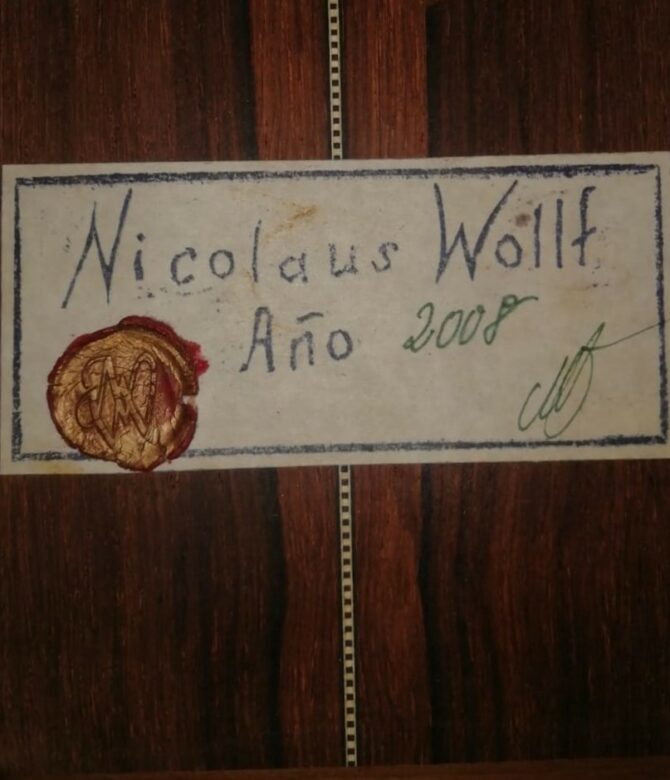 For years, Carl Hermann Schäfer built guitars under the pseudonym Nicolaus Wollf. Now he uses his real name again. He is one of the outstanding guitar builders in Germany. He began building guitars in 1966 and completed his apprenticeship with master guitar builder Ernest Köröskeny and then with master guitar builder Dieter Hopf, in whose workshop he also worked at the beginning.
Nicolaus Wollf is known in an astonishing number of fields of guitar making. He has great experience in the restoration of historical guitars and restored an Antonio de Torres, of which many articles can be found on the internet. He also rebuilt this Torres masterfully and caused great enthusiasm in the guitar world with this reproduction. Other copies of great masters such as Santos Hernandez or Hermann Hauser also belong to his speciality.
In modern guitar building his knowledge is highly appreciated and customers from all over the world commissioned him with the most different guitar models (Double Top, Lattice, traditional Spanish … and much more).

This guitar from the year 2008 is a fantastic masterpiece by Nicolaus Wollf. It has a fine spruce top and back and sides of magnificent madagascar rosewood. The scale length is 650 mm and the nut width 52 mm.
This guitar has an elevated fretboard and a free-floating bridge. This bridge construction is particularly nice, because it supports the vibration behavior of the soundboard and thus elementally enhances the sound.

The guitar first is very powerful and majestic in sound. It has a nice balanced sound character. It is a very well made instrument and the playability is very comfortable.
This guitar was made for the highest demands of concert guitarists. It has a fast response, a long sustain and an even sound balance over the whole fingerboard as well as an excellent projection.
The tone woods and all materials used are of the highest quality to produce the best possible tone.

There are only a few traces of play and use visible and overall the instrument is in very good condition. A fitting case is included.