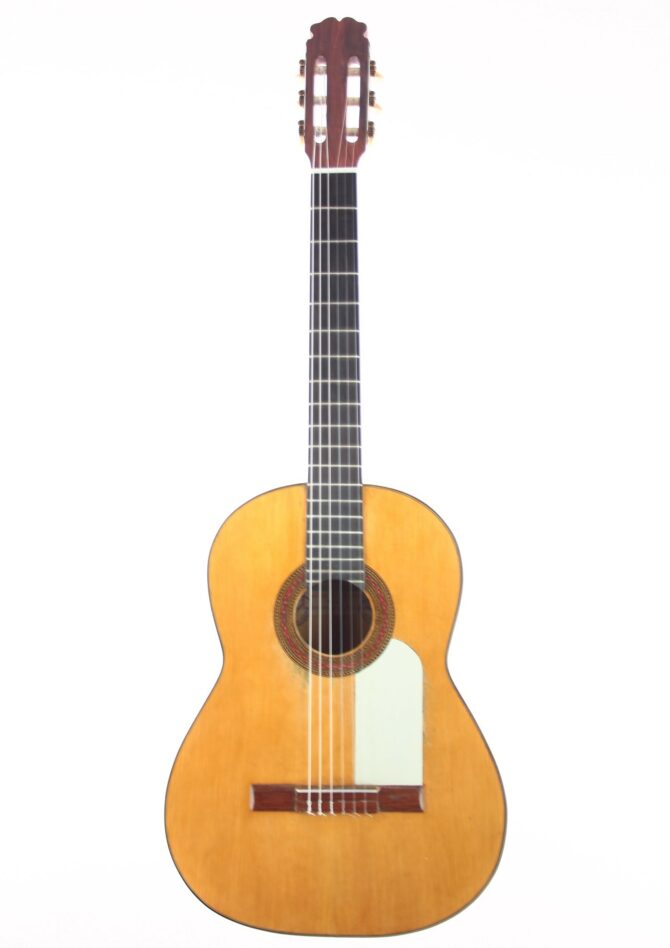 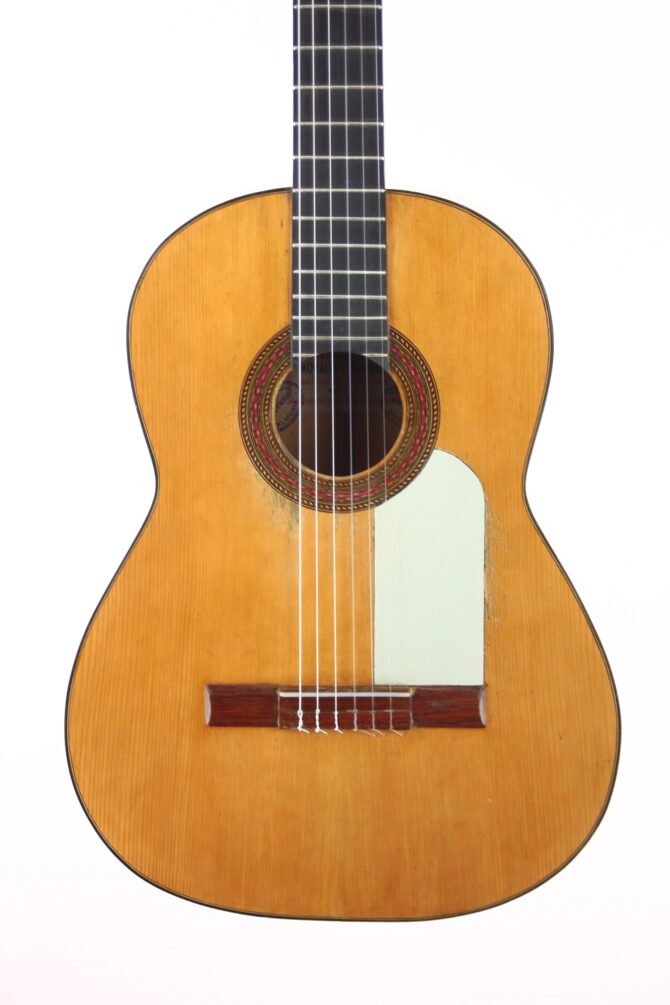 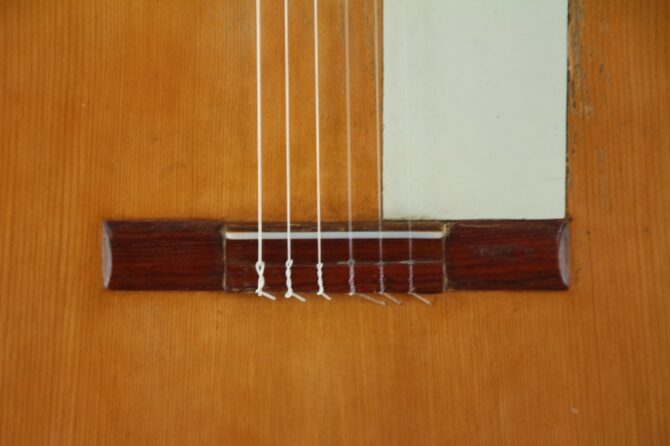 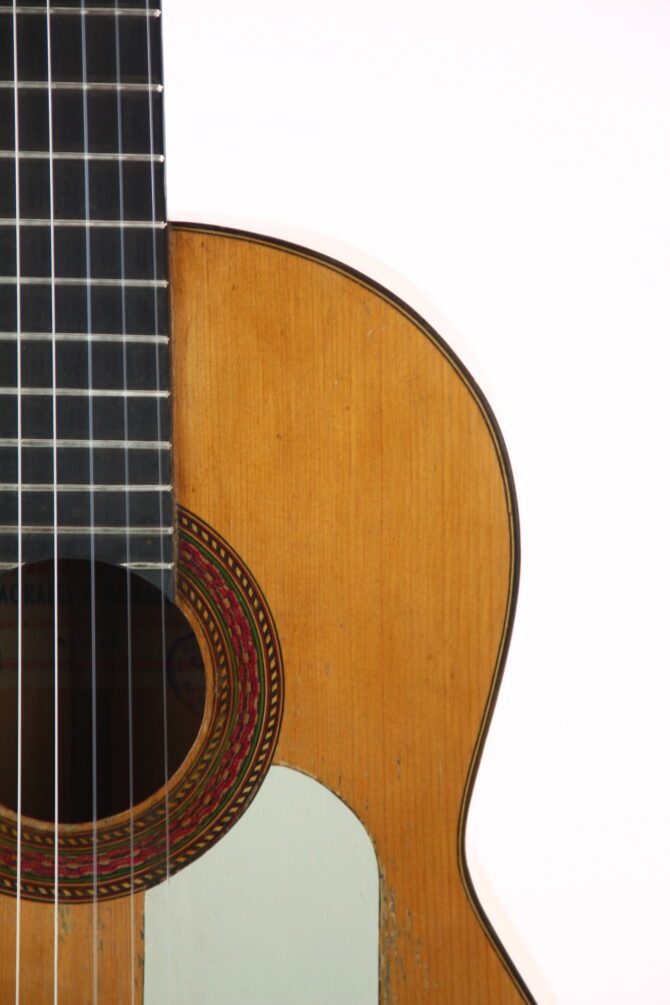 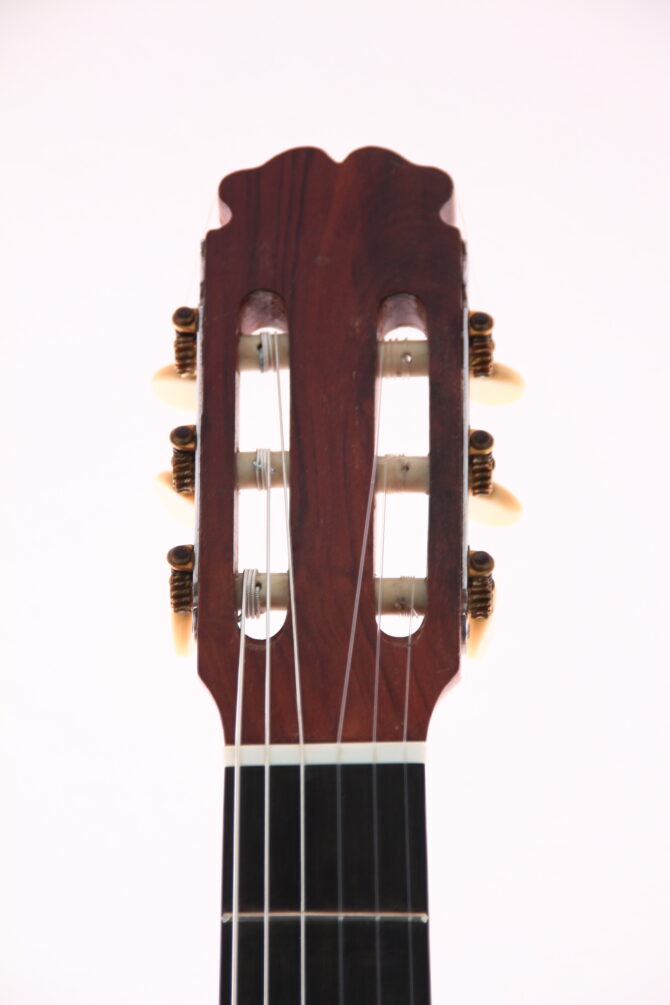 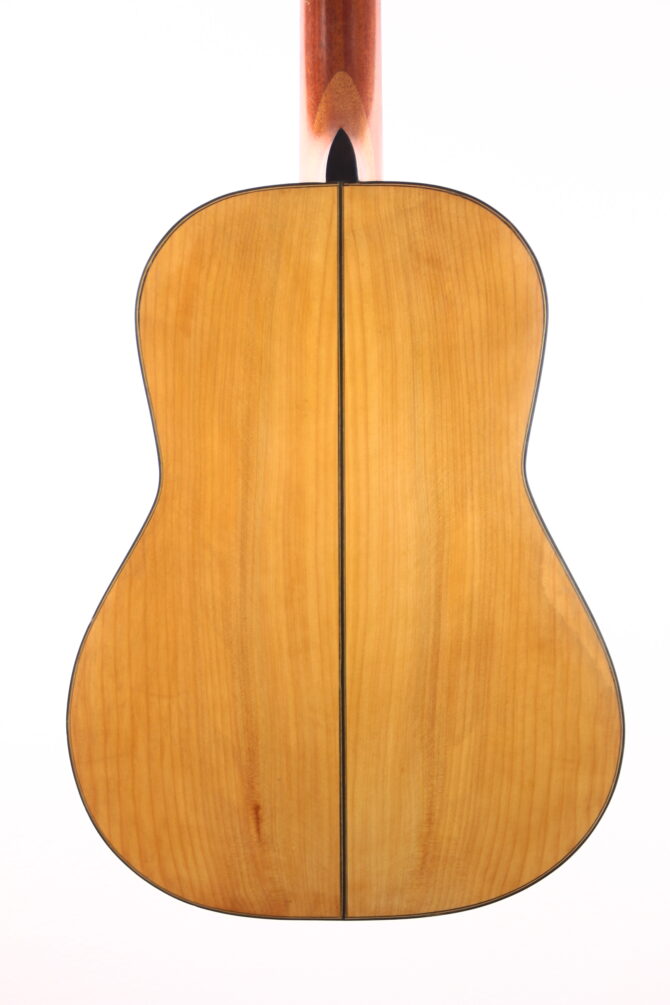 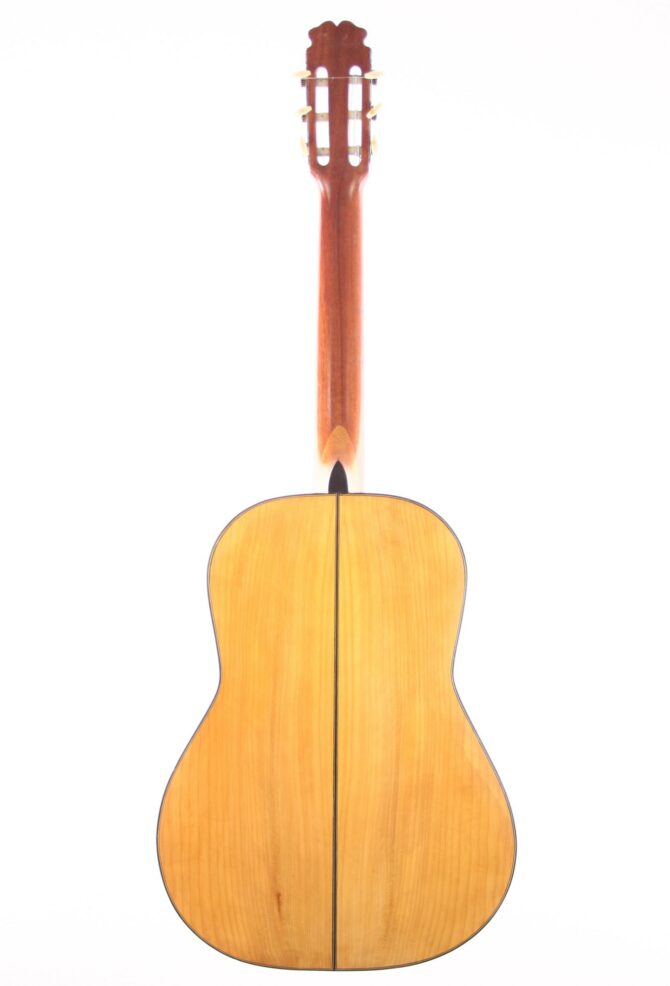 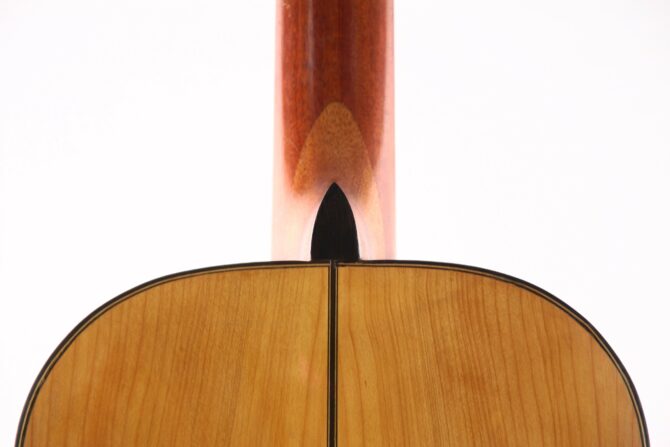 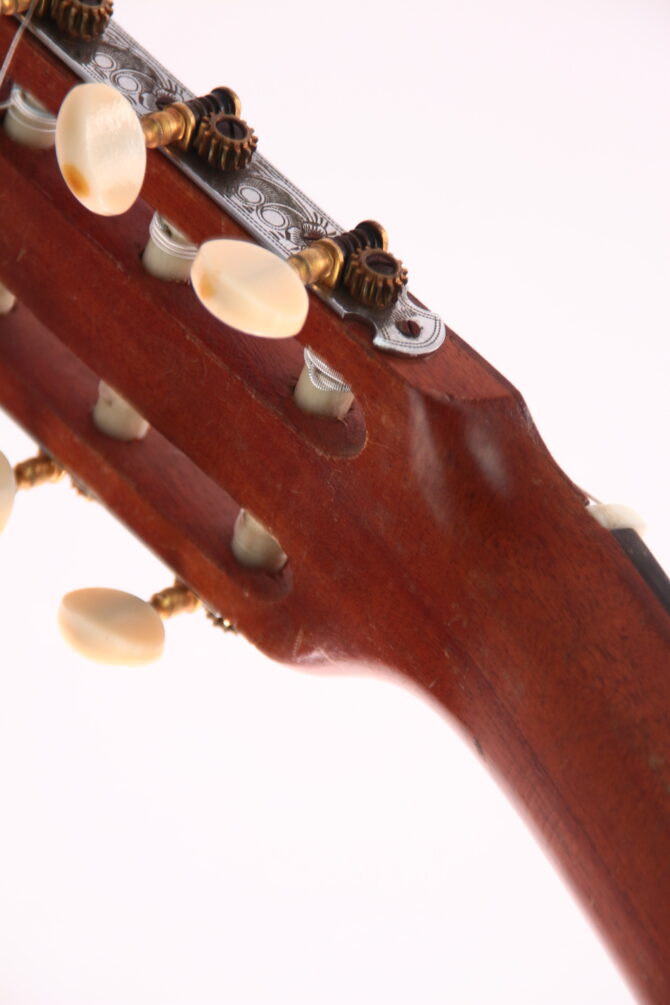 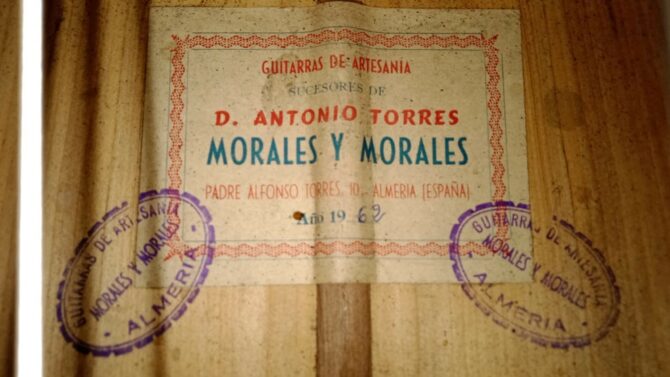 This wonderful guitar was built in the workshop of Marales Y Morales, the successors of Antonio de Torres.

Antonio de Torres is considered the founder of modern guitar making. He was considered an introverted person and did not share most of his knowledge of guitar making with others.
Miguel Moya, however, had a good relationship with Torres and learned from him. He was also the one who finished some of Torres’ guitars after his death.
Miguel Moya in turn had students to whom he passed on Torres’ secrets … Miguel Gonzales Abad (the father of Juan Miguel Gonzalez Morales) and the Morales brothers.

This wonderful guitar was built by the Morales brothers in 1962 and is in a magnificent and original condition. The top is made of spruce, back and sides of cypress. All materials are of very high quality. The scale length is 655 mm and the nut width is 52 mm.

The guitar has a great sound: it is responsive in all registers. It has an exquisite tone which is sweet, beautiful and lyrical while retaining the bite and energy of flamenco: when playing melodically, it sings like a human voice, but also awakens with a tremendous bite when pushed hard. The strong, bell-like trebles are balanced by it’s big low-end that is full but not boomy. As sweet as the tone is, it still has the aggressive response when pushed in the right direction – rasguedos in particular are quite explosive and powerful.