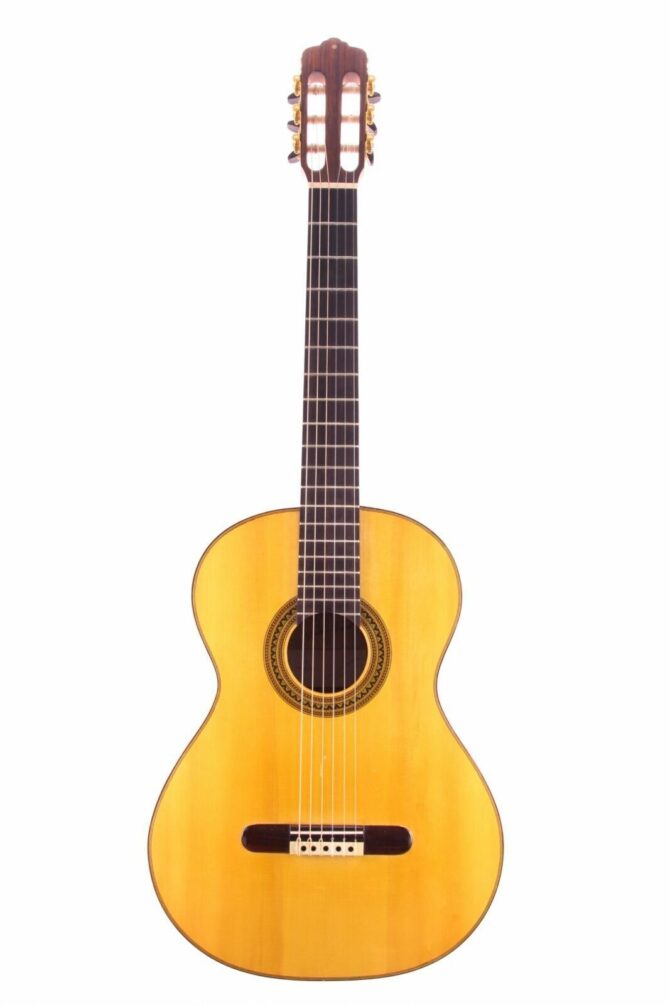 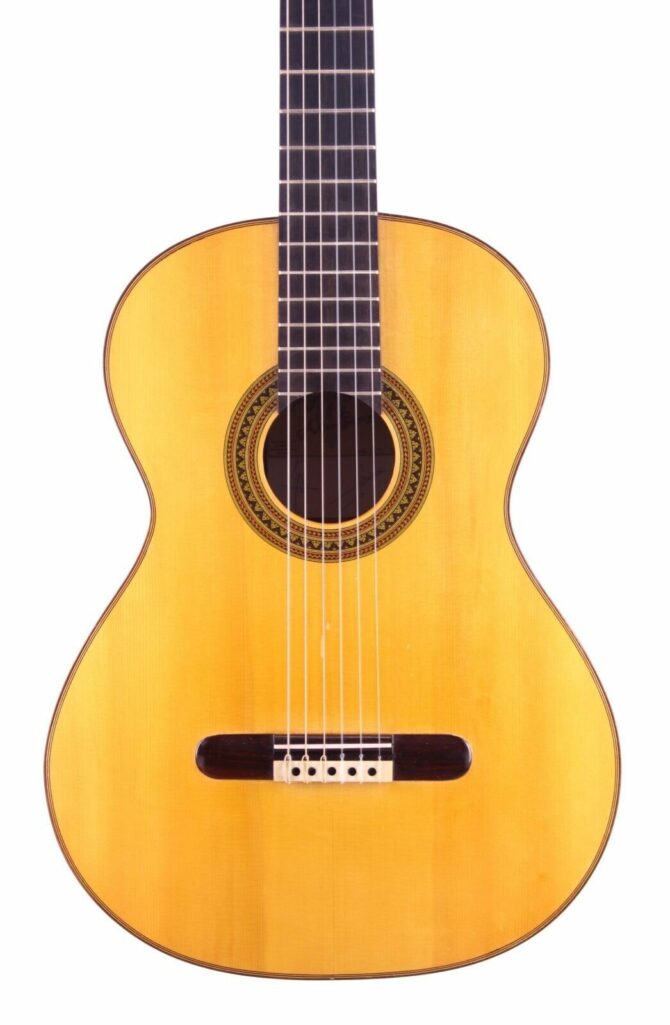 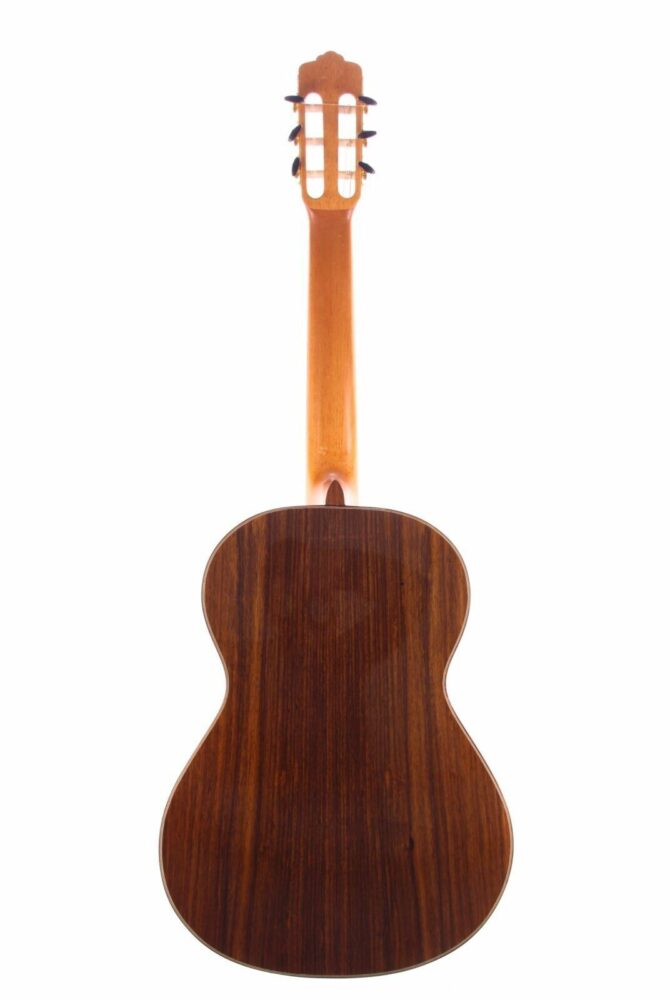 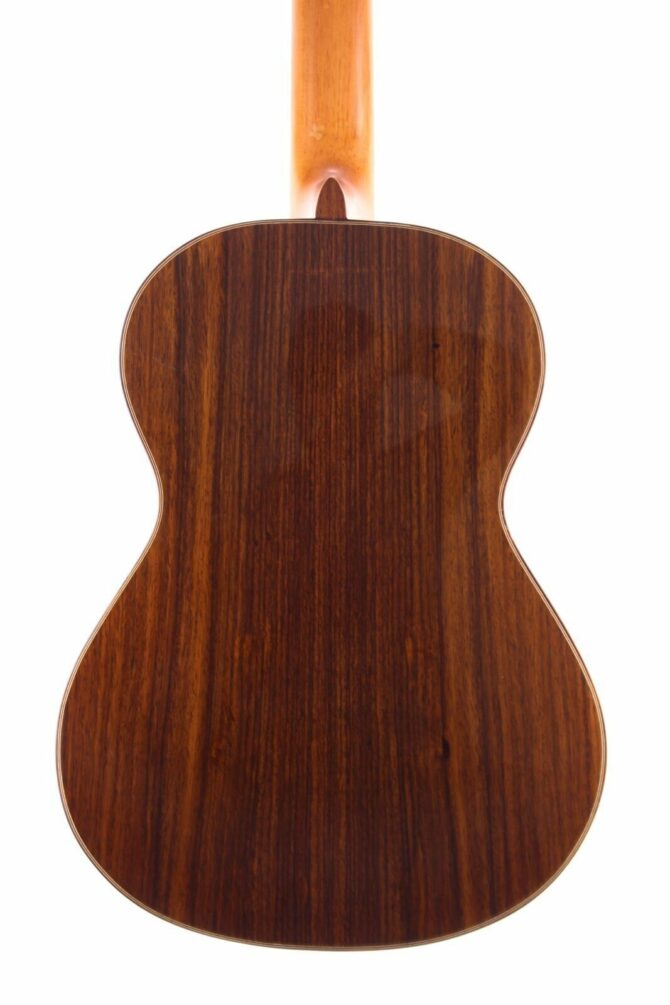 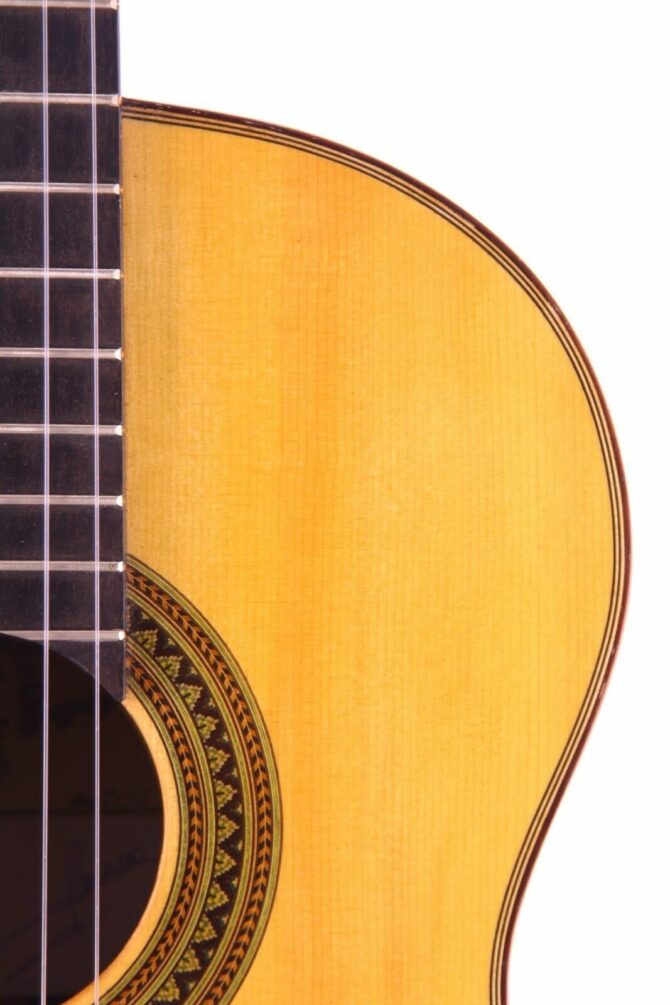 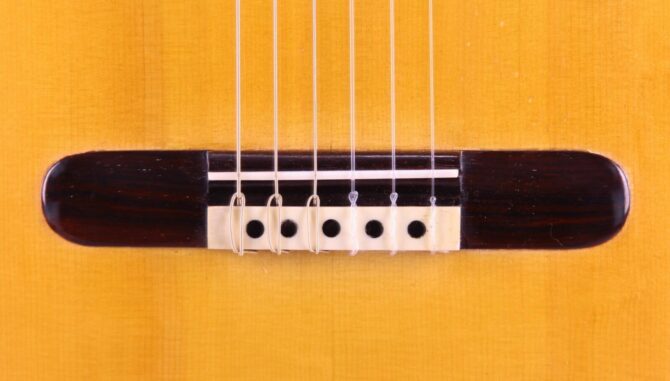 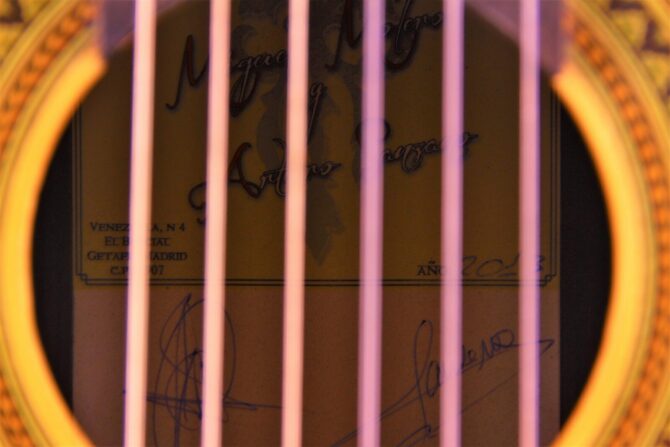 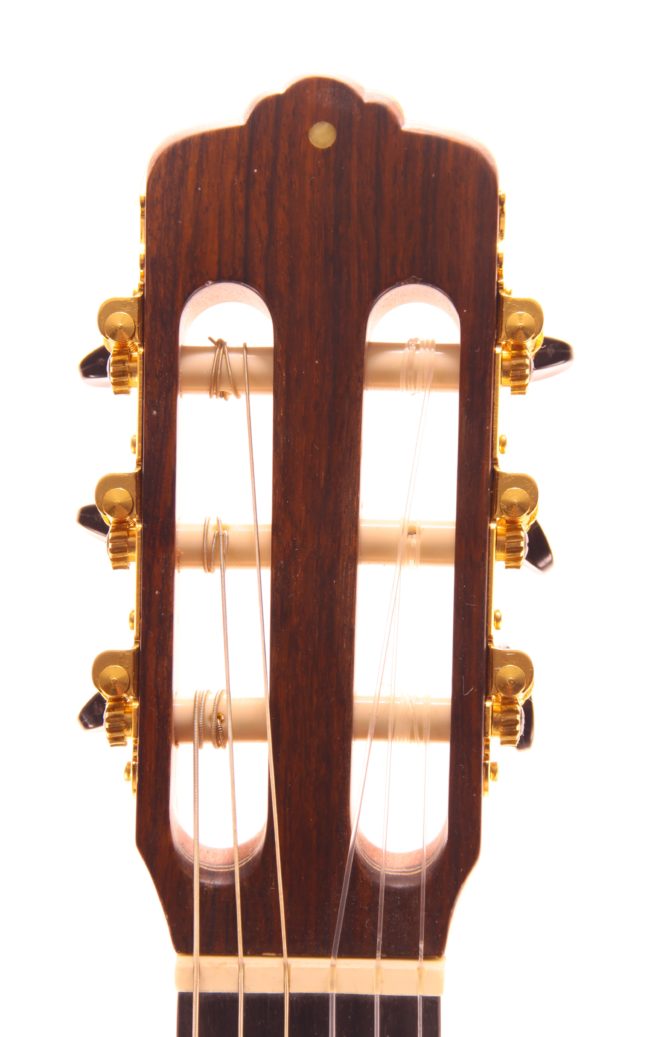 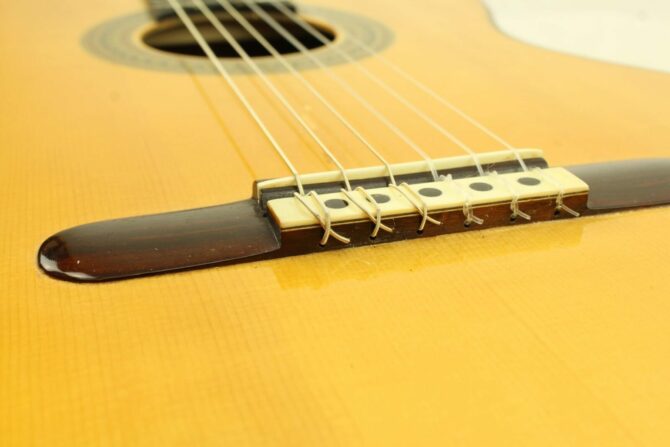 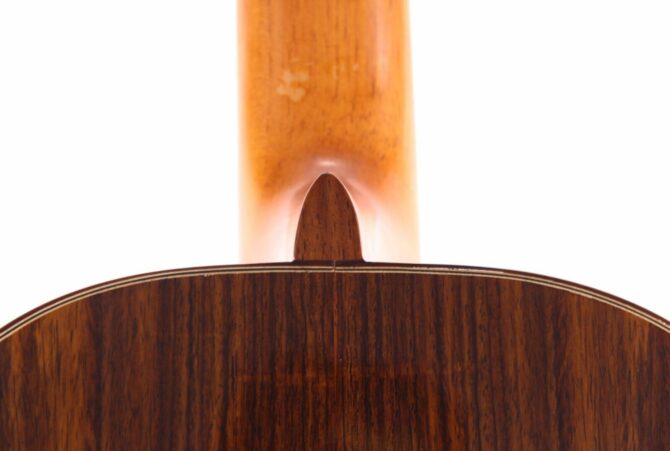 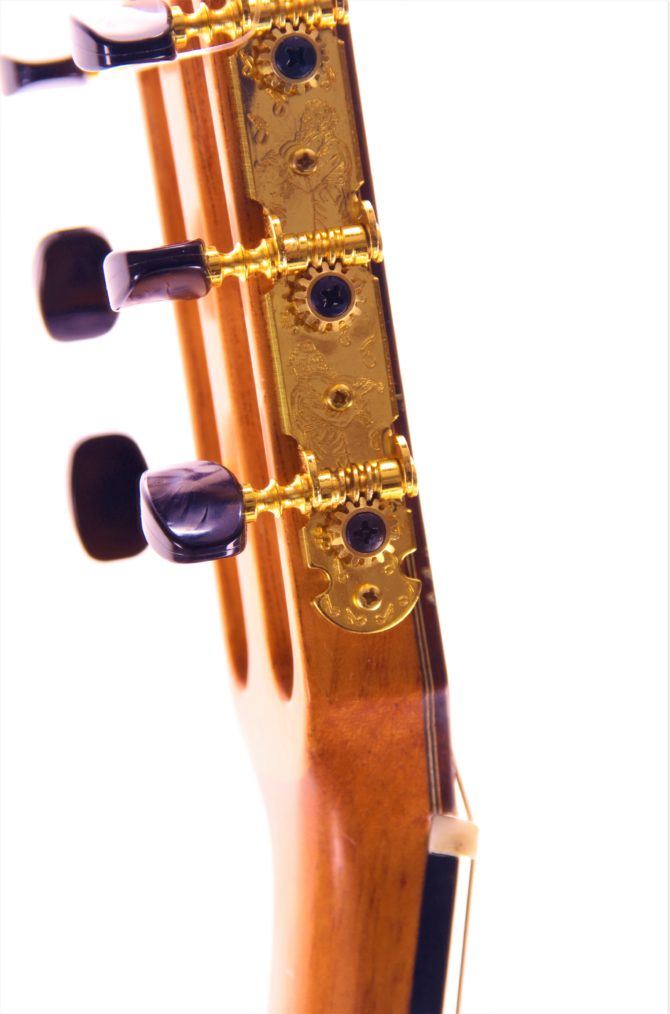 Arturo Sanzano began his career as a guitar builder in 1963 as an apprentice in the shop of José Ramirez III, where he worked until 1984, when he became self-employed and opened a new studio with Mariano Tezanos Castro (“Moreno y Castro”). Together they built guitars for some years.

Since 1989, Arturo Sanzano opened his own workshop in Madrid, where Miguel Molero started working as a partner a few years later. Before starting with Arturo Sanzano, Miguel Molero also had the opportunity to gain practical experience with many great Madrid guitar builders and, among others, with José Ramirez.

This guitar is a very successful instrument from this co-production between Sanzano and Molero. When designing, the two guitar makers oriented themselves towards Antonio de Torres – but of course many Ramirez elements were incorporated as well.
All in all, a real masterpiece of the highest guitar making!

It has a very balanced sound and offers exceptional depth and dynamism on the bass strings, combined with powerful and crystal clear heights and impressive timbres.

The scale length is 658 mm and the nut width is 52 mm. The top is made of very fine alpine spruce. The back and the sides of beautiful Indian rosewood.

The condition of the guitar is very good, with small signs of use. The guitar is perfectly set up with a low action (E6 2.8mm and E1 2.5mm).

The guitar comes in the original guitar case.