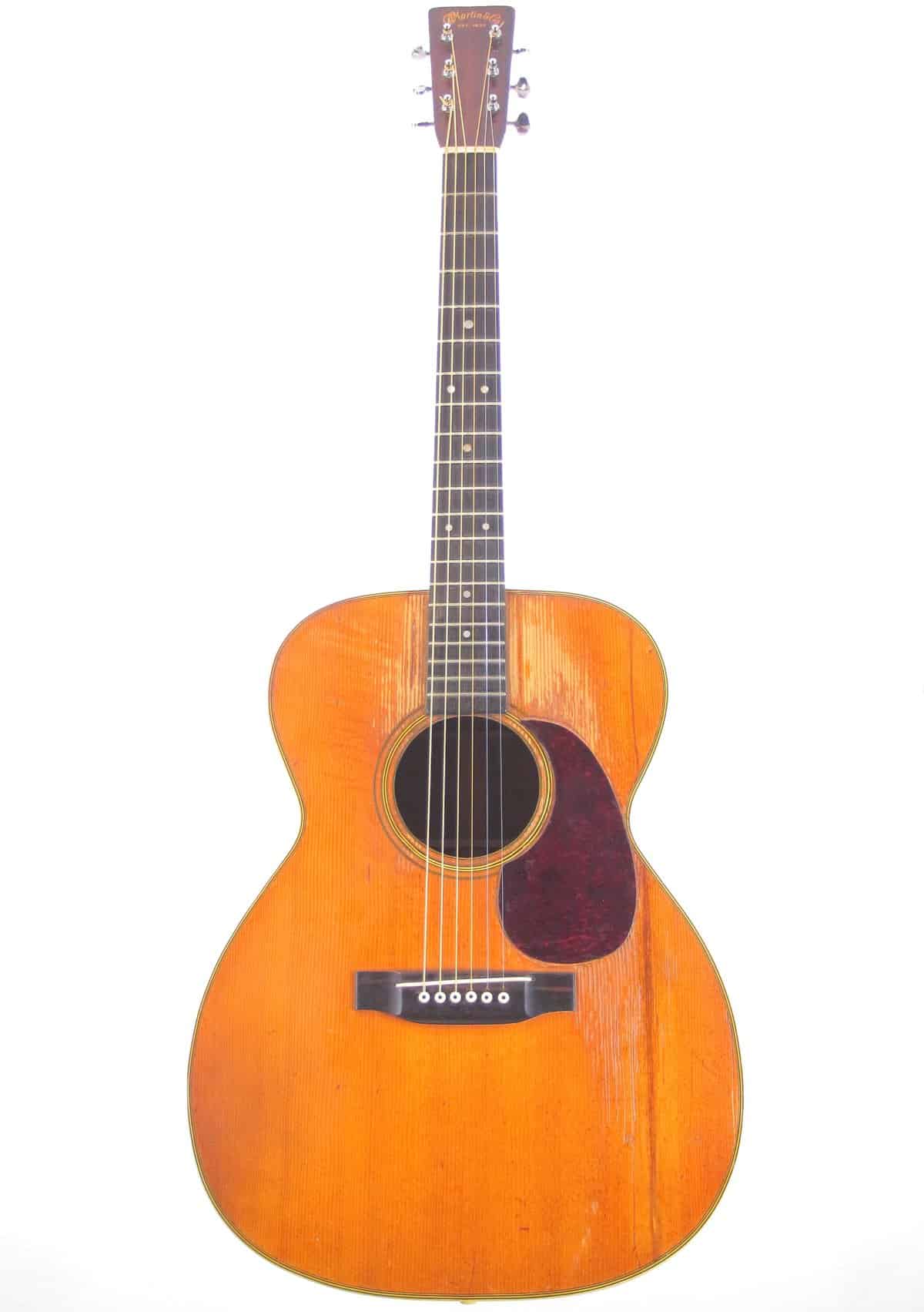 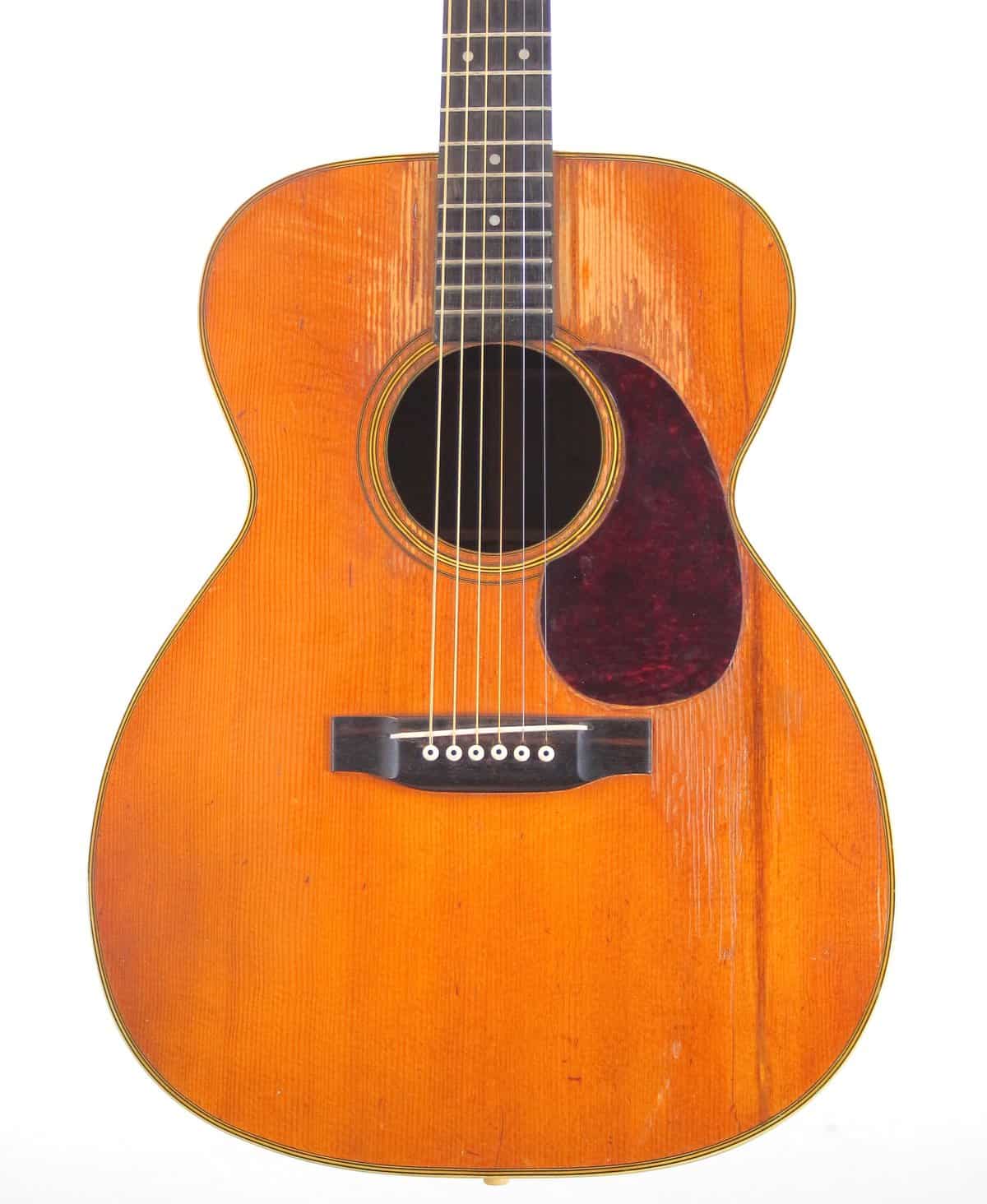 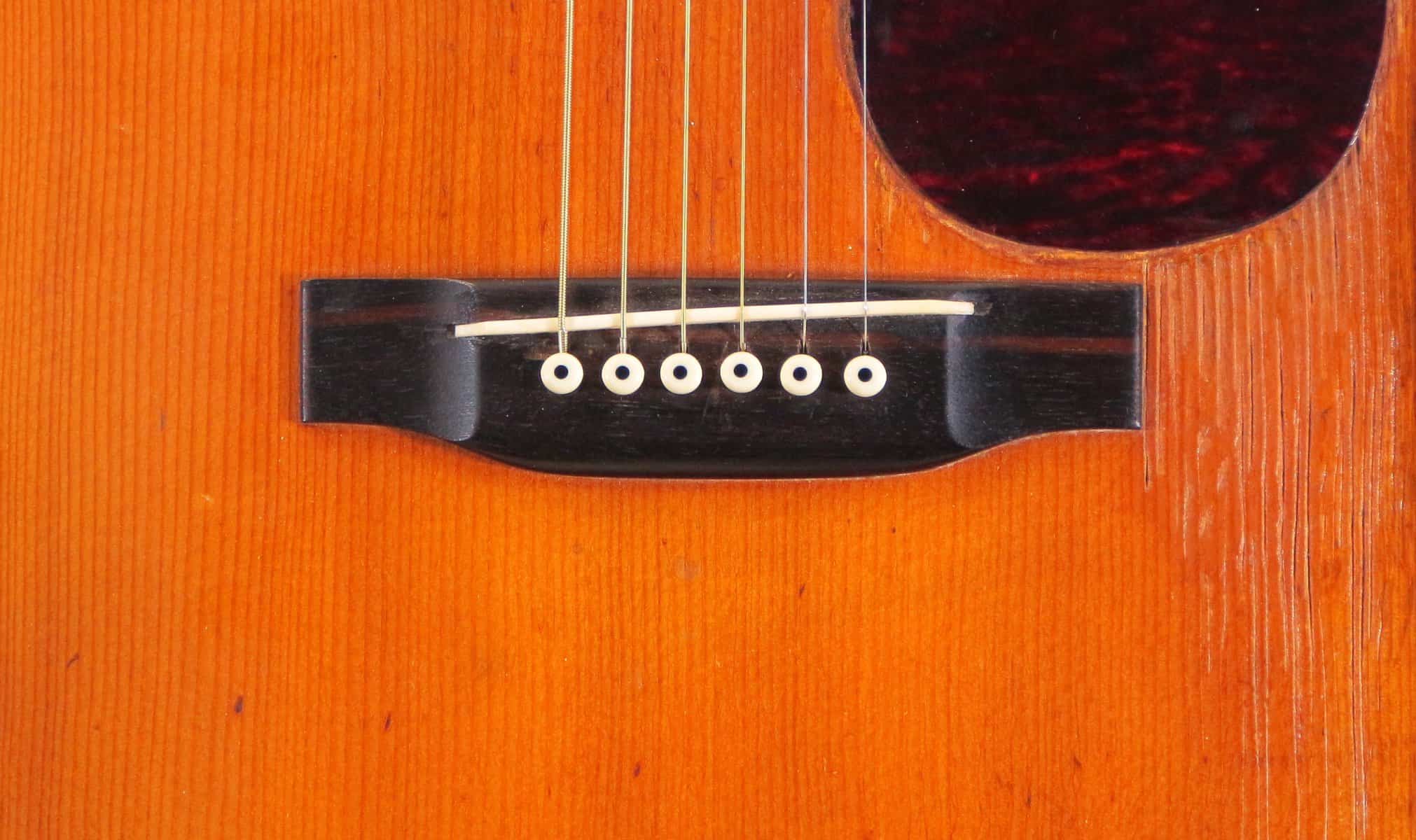 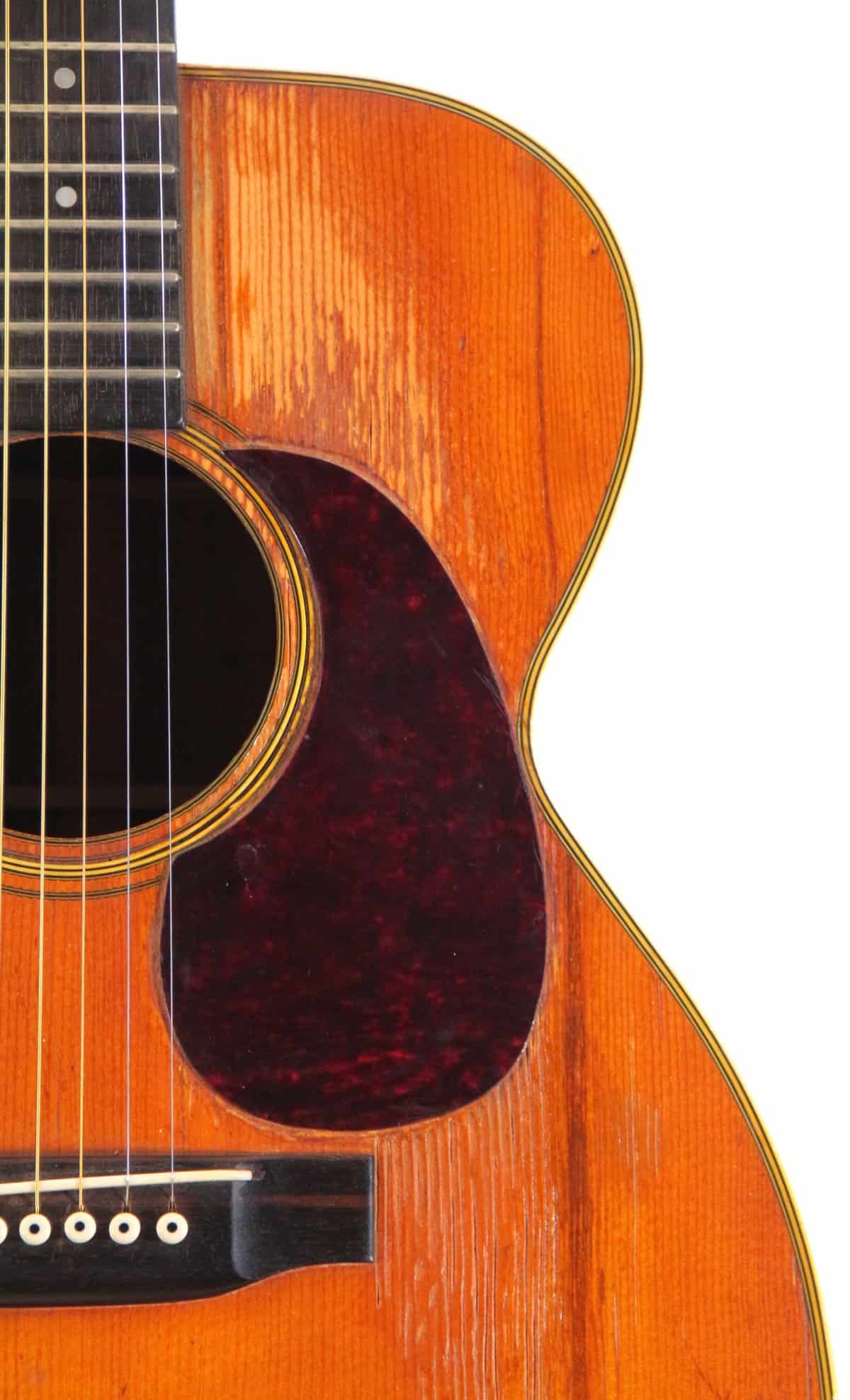 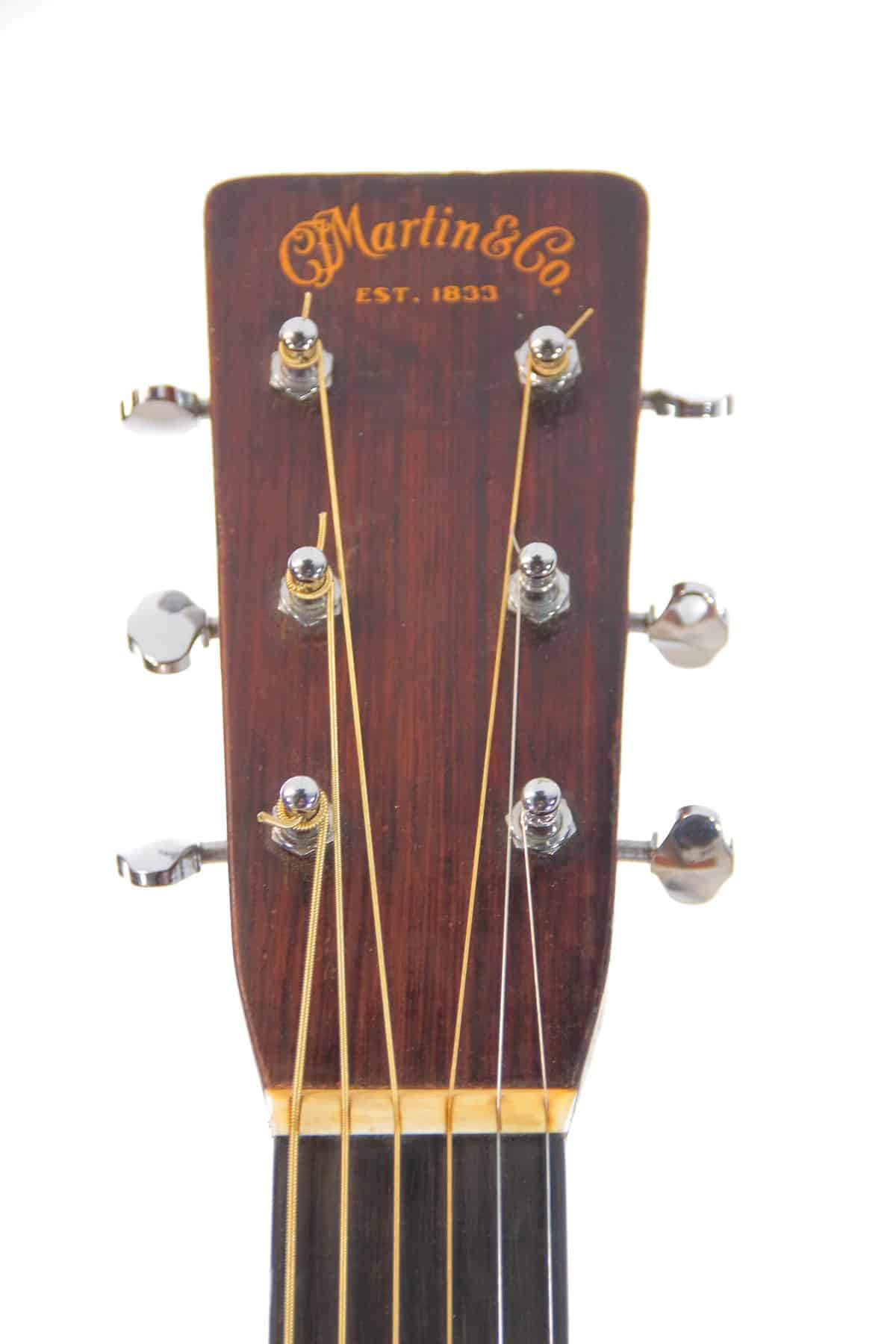 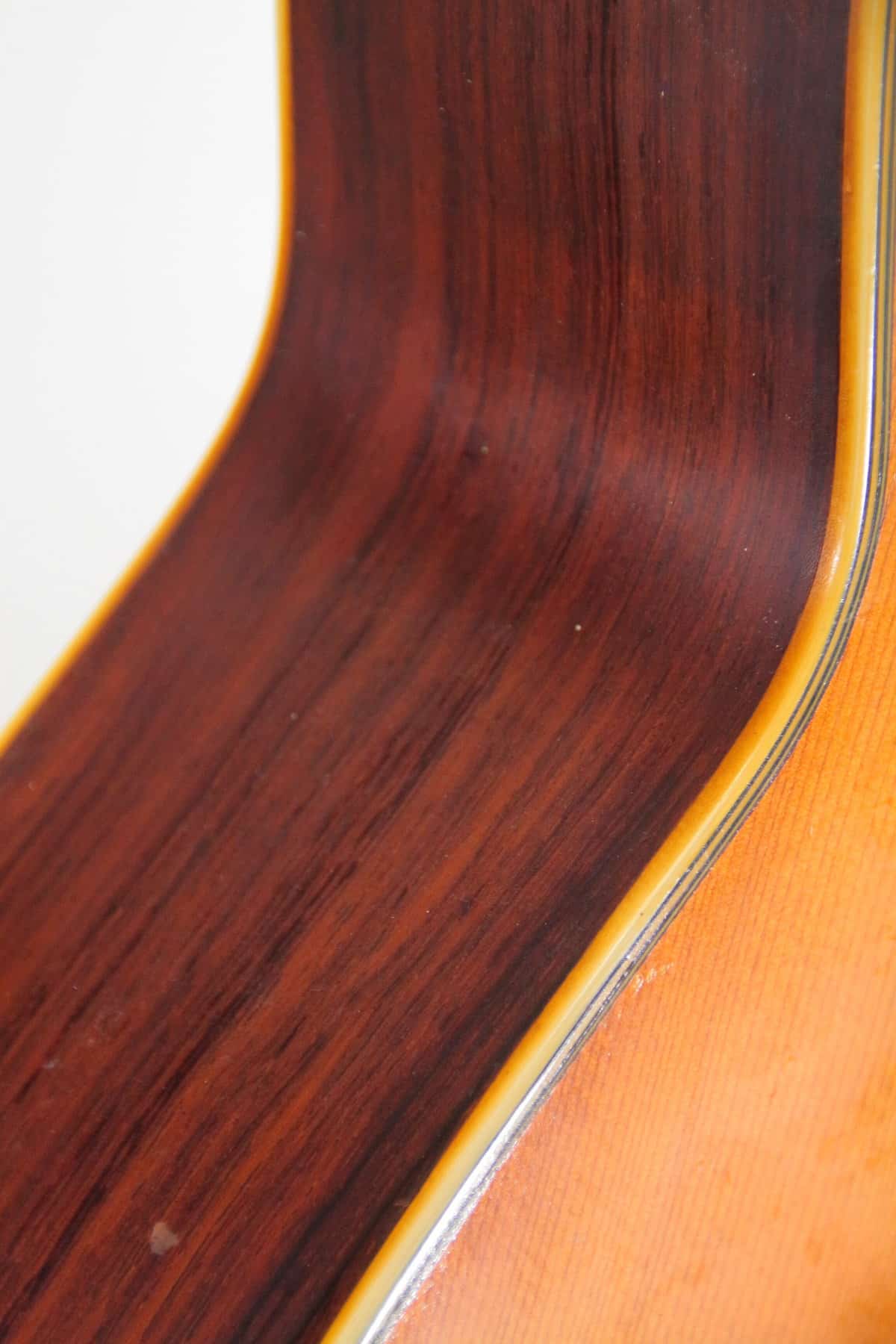 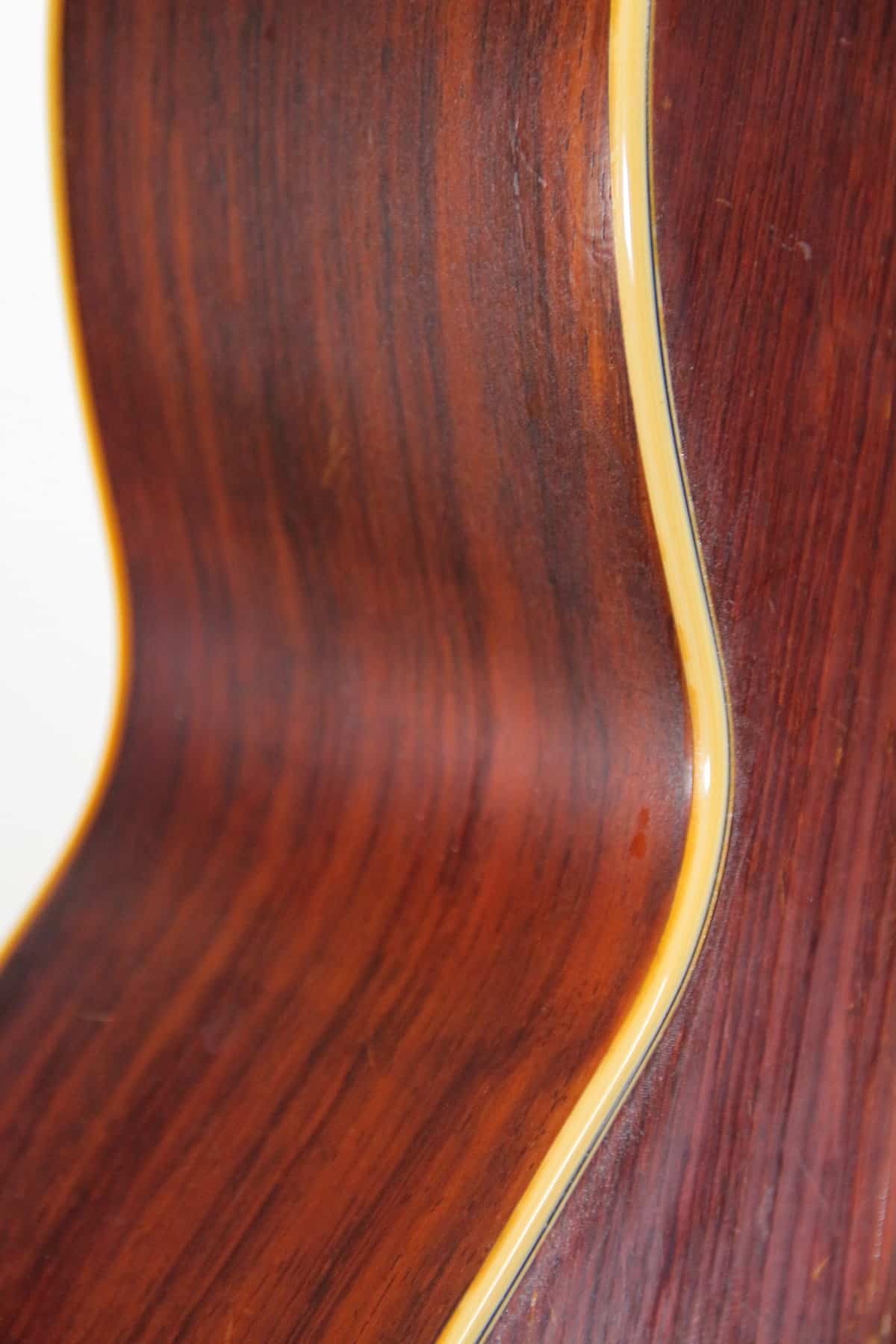 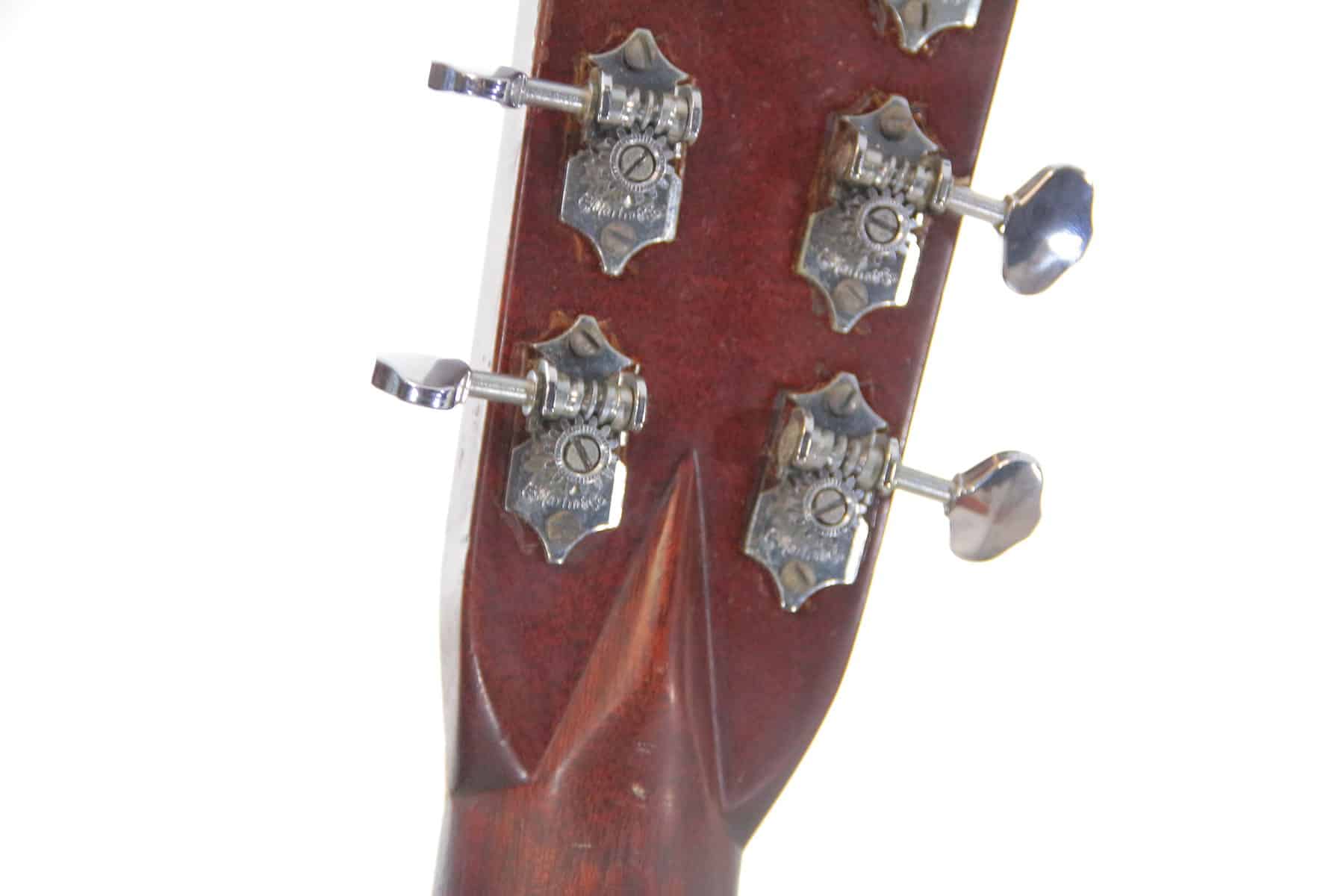 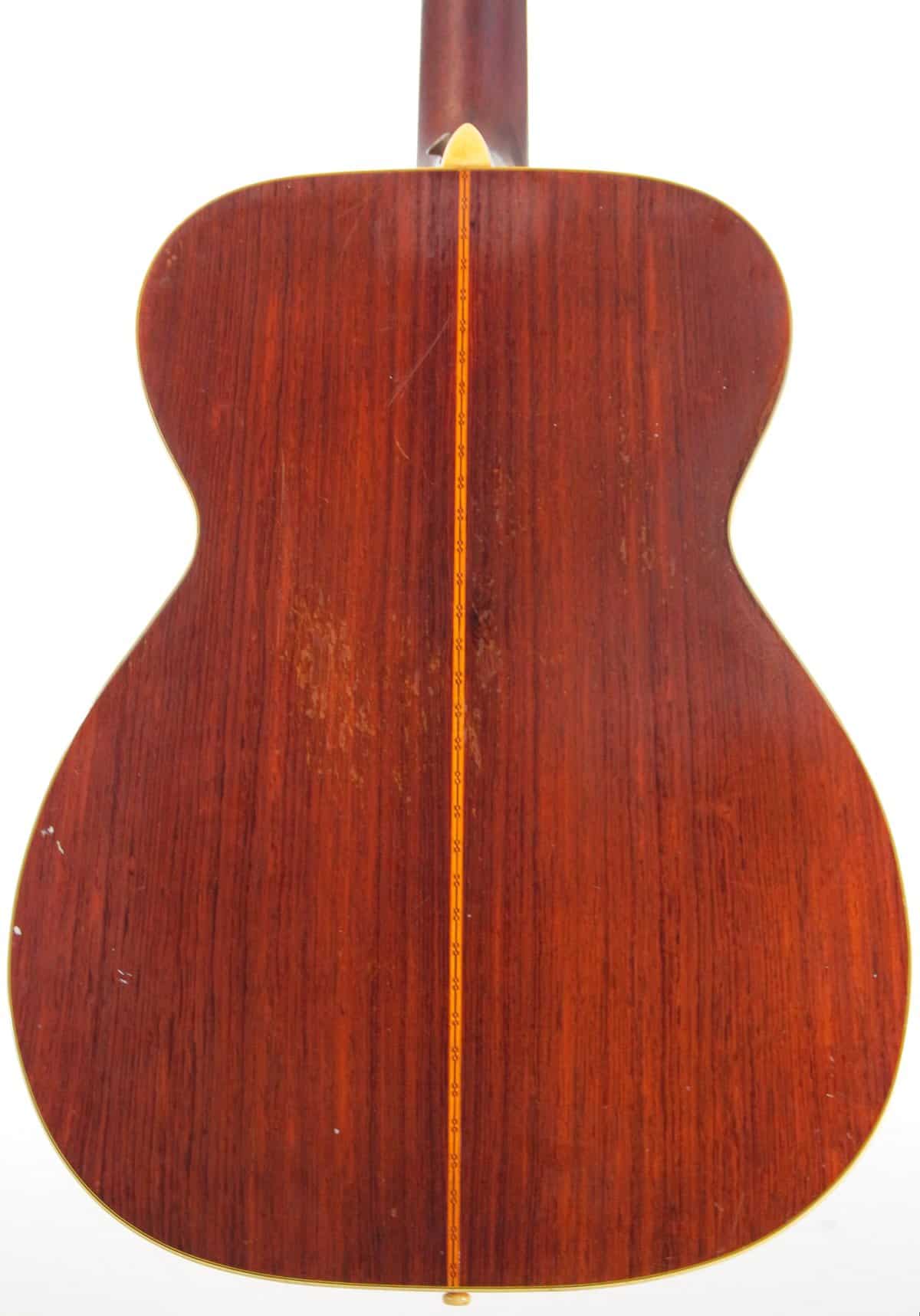 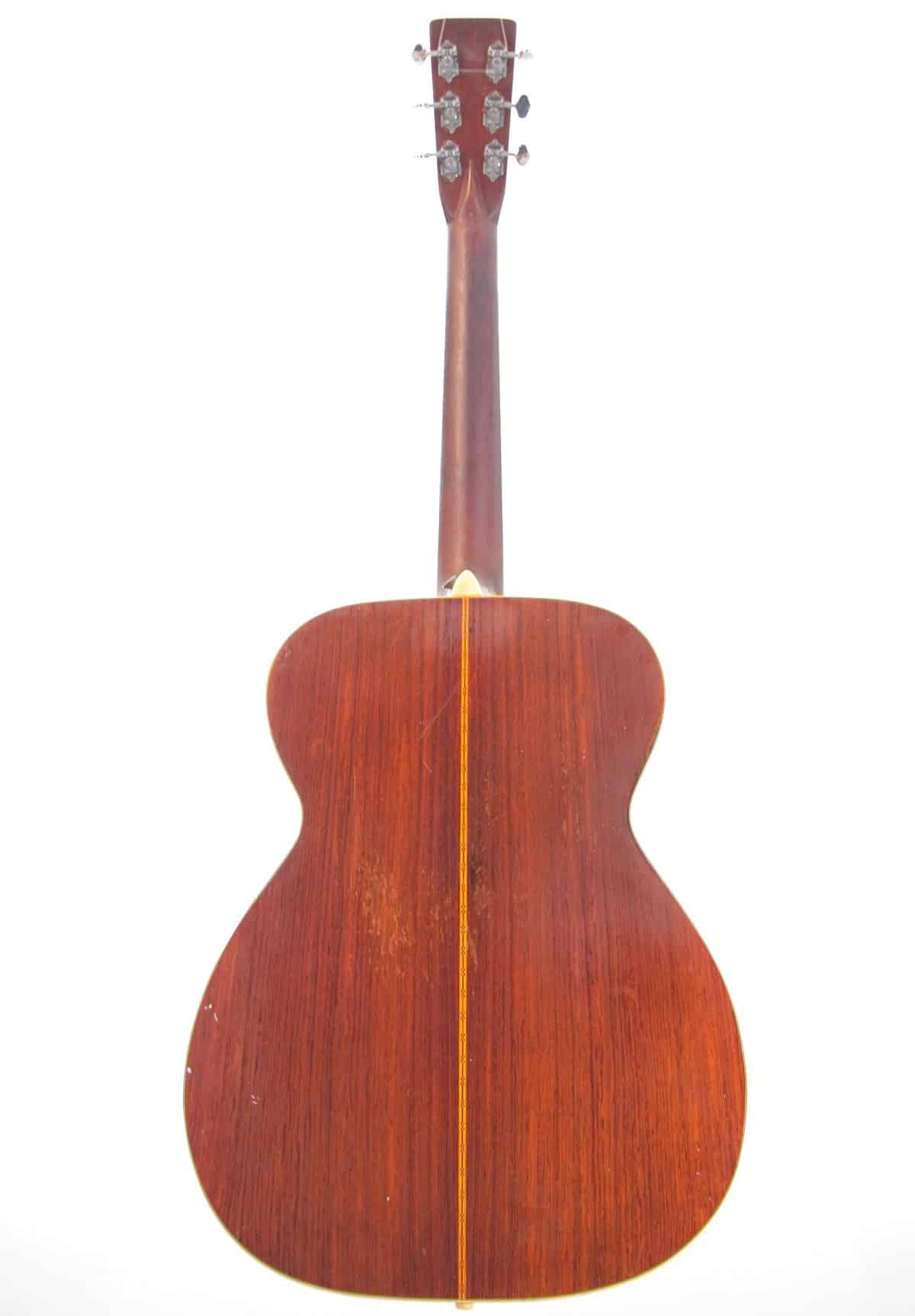 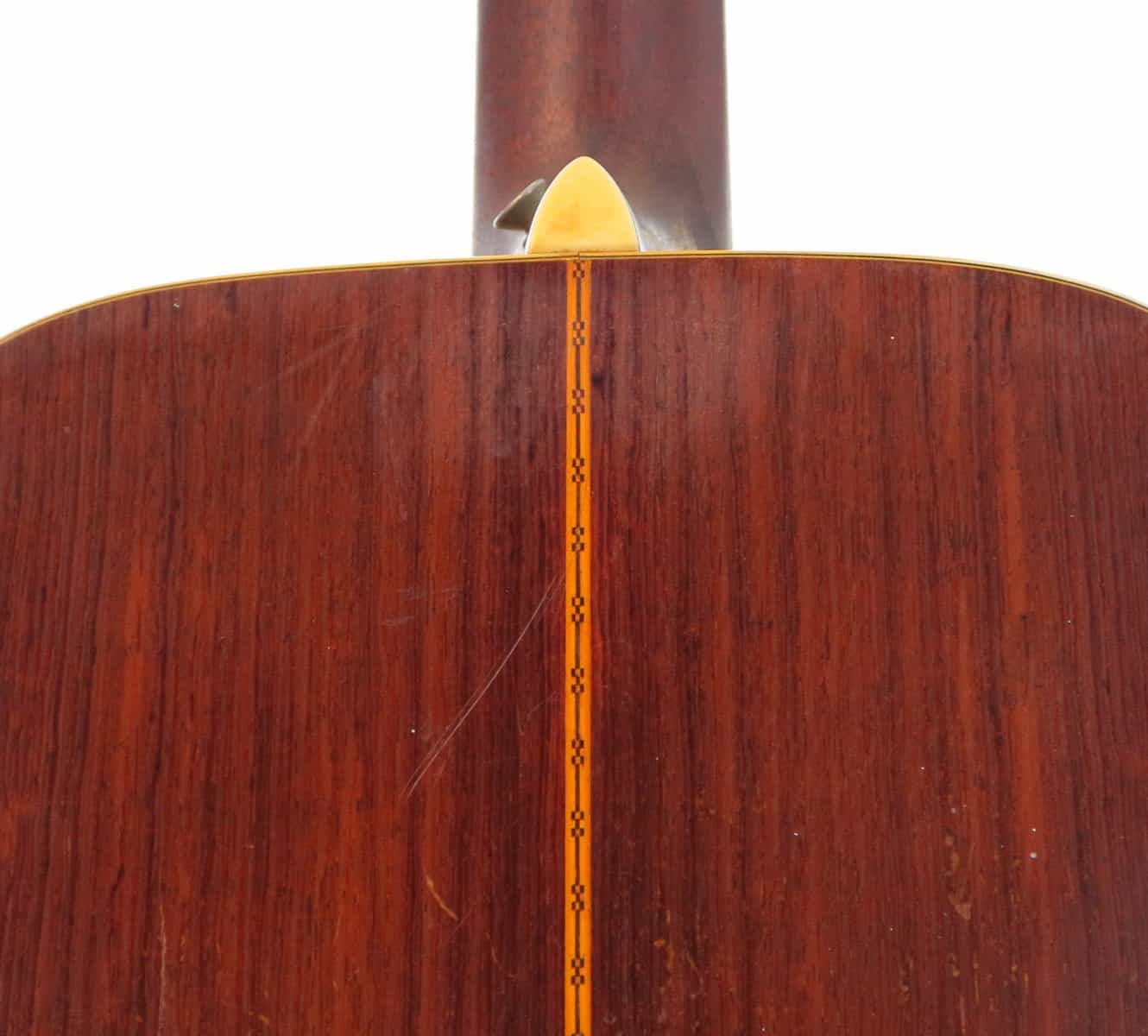 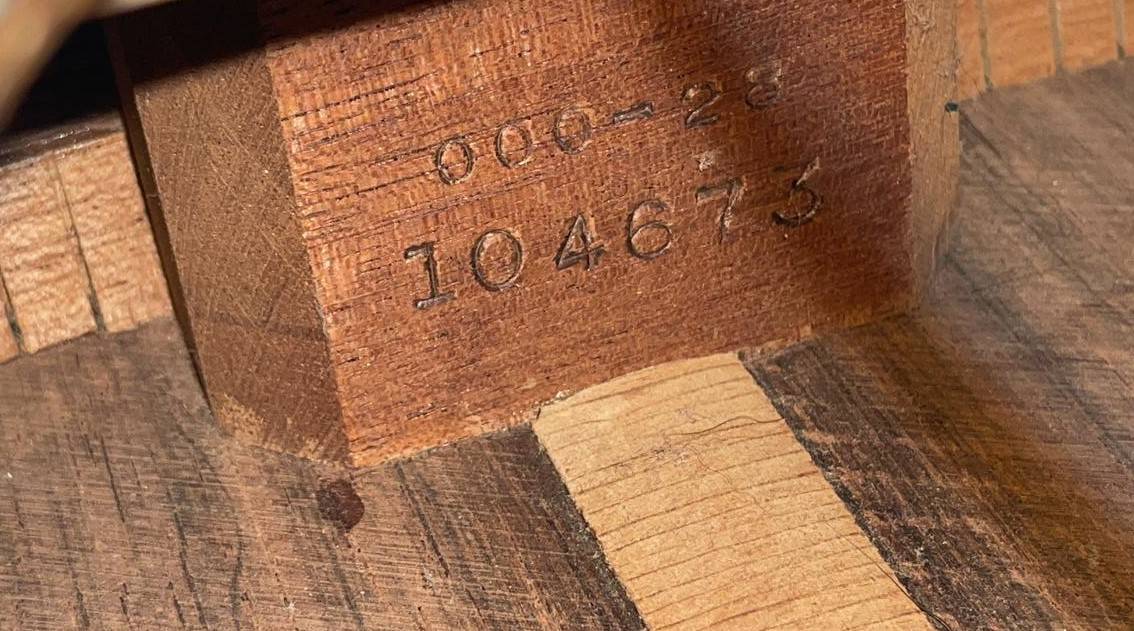 Out of stock
Category: Sold Guitars

A real dream guitar is this beautiful Martin 000-28 from 1948 – very balanced and with a warm and clear vintage voice!

Among the unmissable creations put out there by the venerable manufacturer from Nazareth, few guitars have been so adored and copied as the 000-28.

The 000 shape with fourteen off-body frets, with its very pronounced size and unsettling curves, has become the standard alternative for guitarists who choose not to go with the Dreadnought. Its smaller size makes it a much more comfortable guitar for players who are not as big as a cowboy, and its texture is less loaded in the bass notes for a more balanced sound. Since it was first created in 1933, it has constantly inspired other brands and established the yardstick for the all-purpose guitar, from Paul Simon’s fingerpicking to Eric Clapton’s blues.

The pre-war models are obviously the most prized examples, but this superb Martin comes from the transition period immediately after the war. At that time, Martin was still using pre-war construction methods and wood stocks, but no longer decorated their guitars with the famous herringbone streak, opting instead from a more understated cream binding. It has beautiful rosewood back and sides and a fine spruce top.

Apart from having had a neck reset and some wear from play and use —which simply proves that this 000-28 has been played a lot —it still has all its original parts (only the tuners have been replaced). It has a professionally repaired crack on the top.

This guitar really stands out as a very fine example of the timeless quality of instruments built by Martin. With a warm and clear voice, strong fundamental presence, amazingly even string balance and classic Martin focus, this early post-war 000-28 is a wonderful fingerstyle guitar, and a great choice for the recording studio.

It comes with a Martin case from the 70’s.