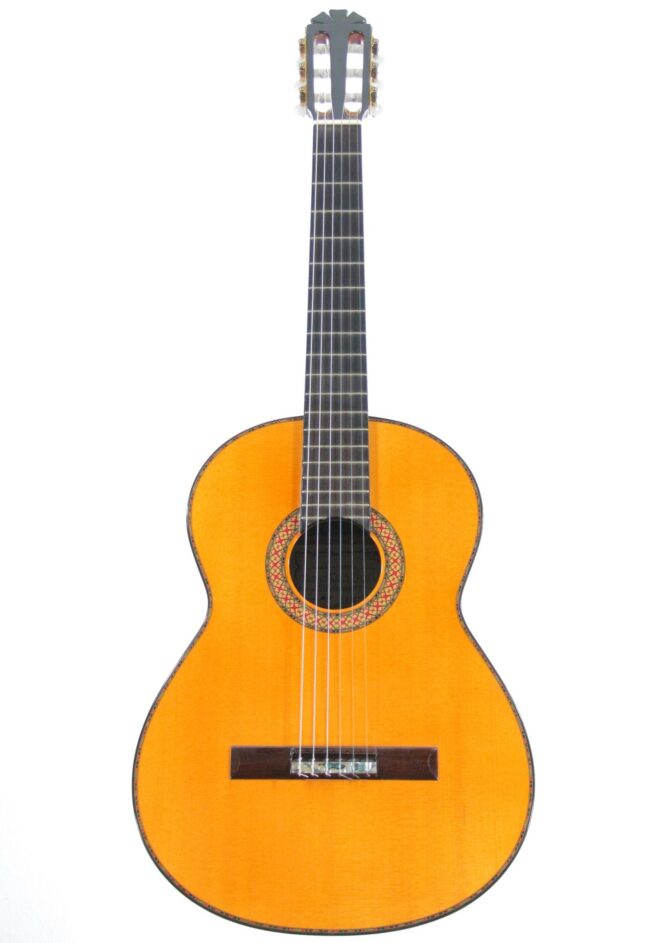 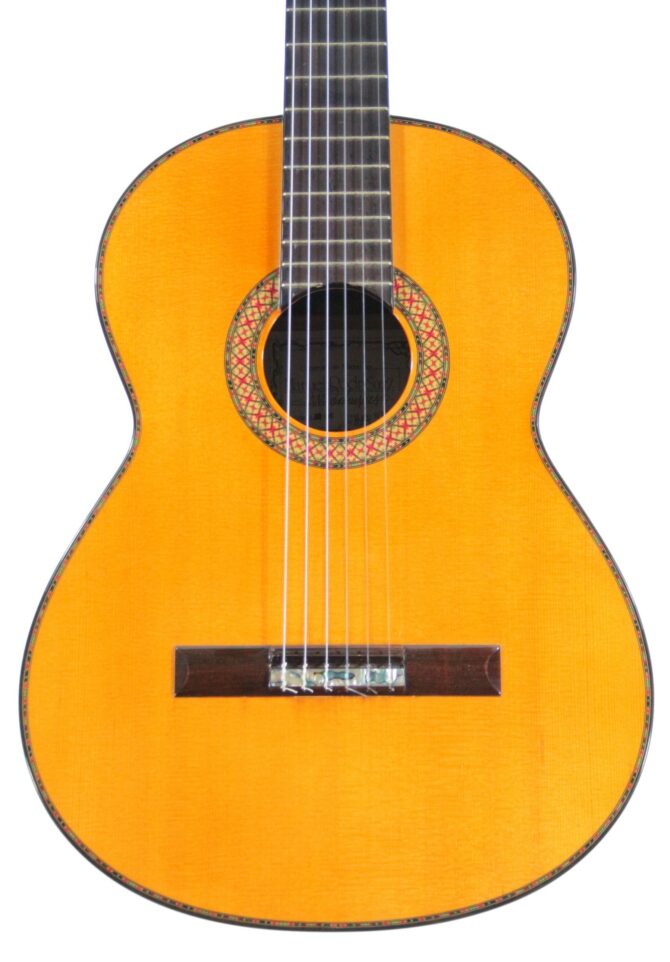 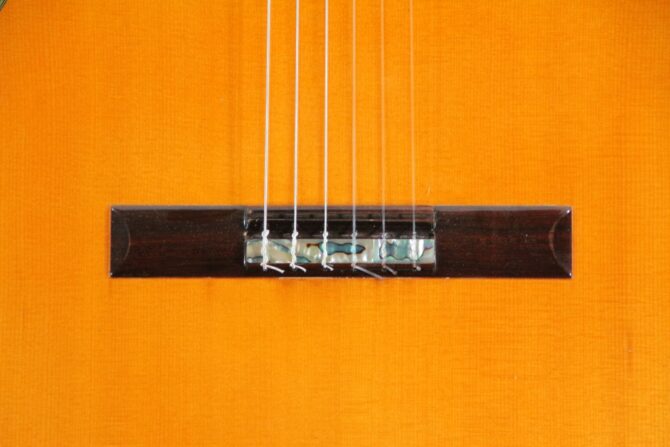 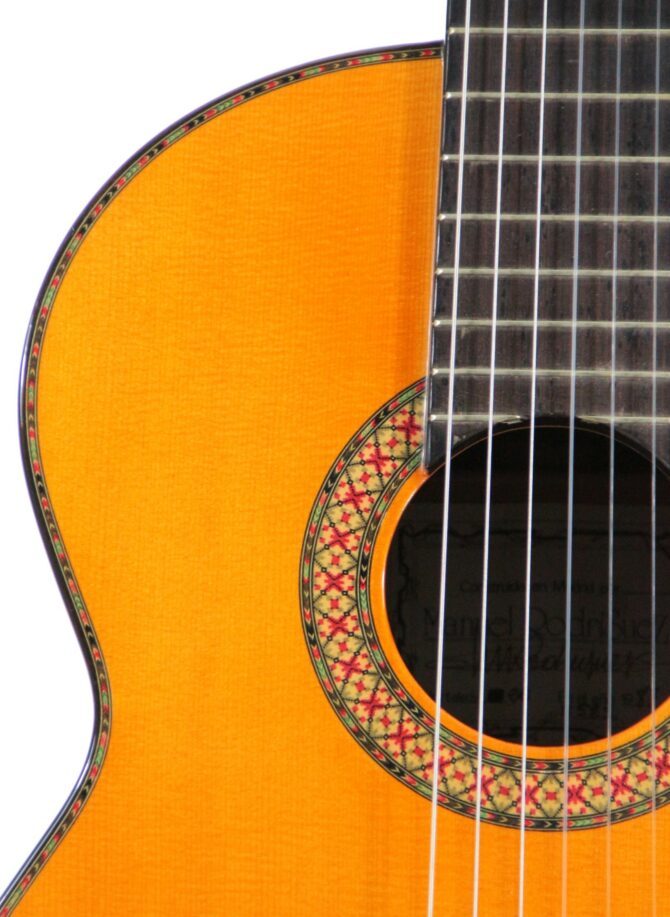 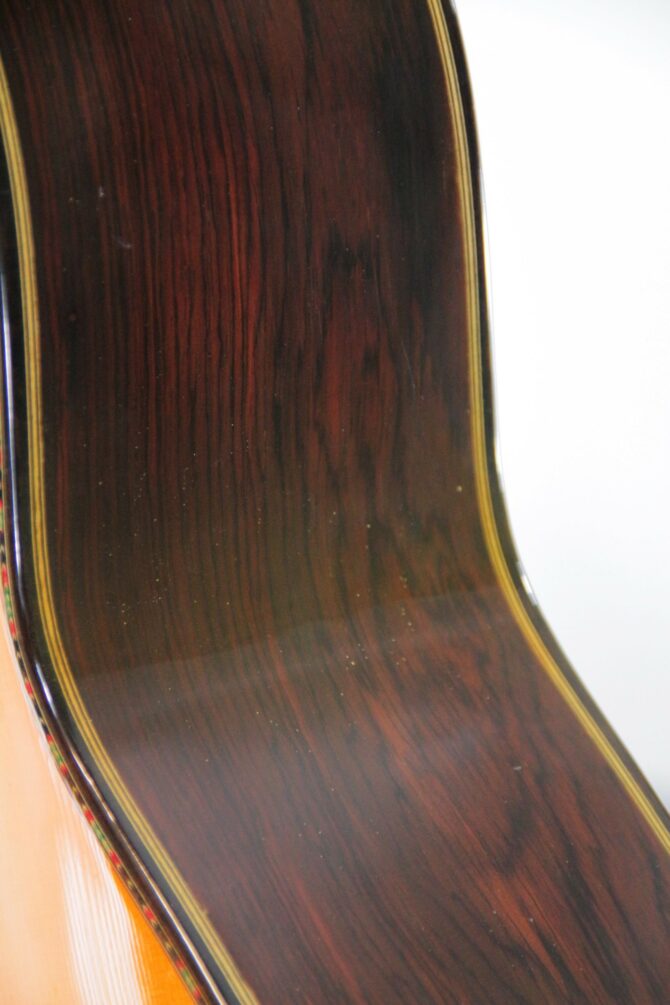 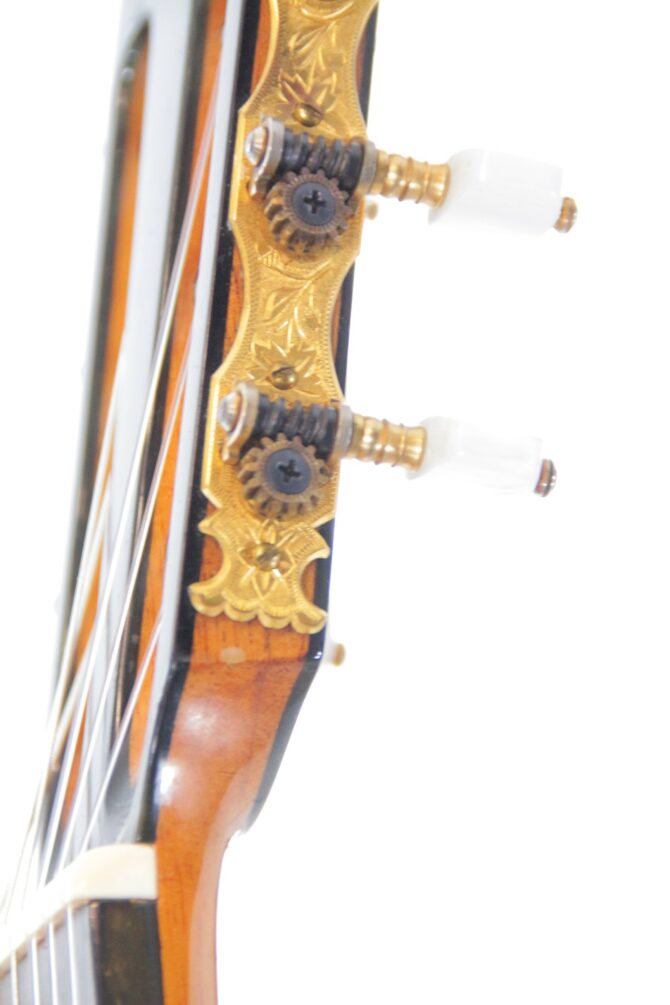 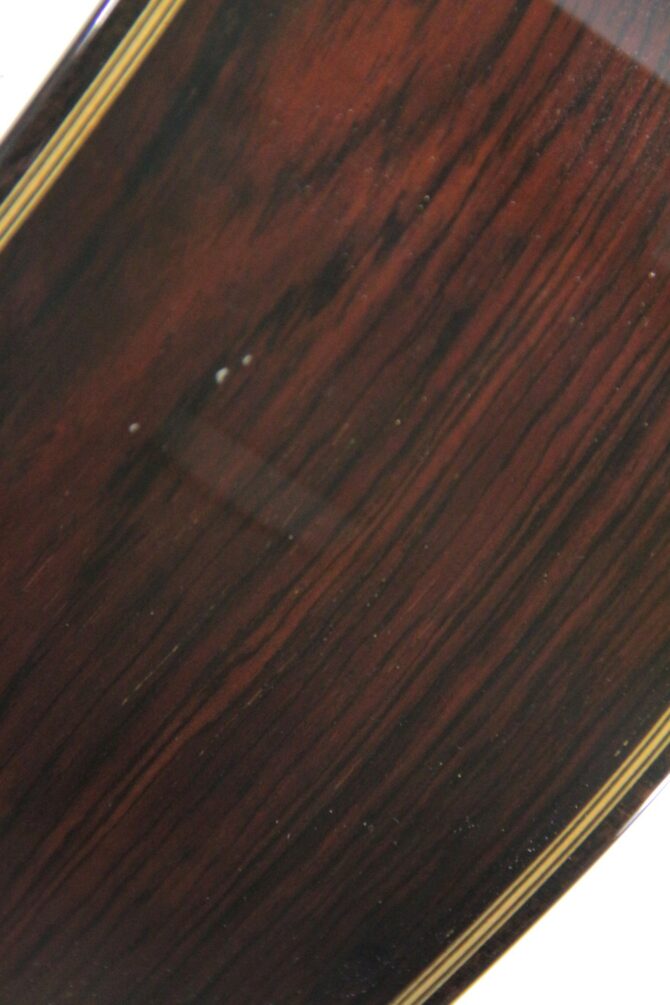 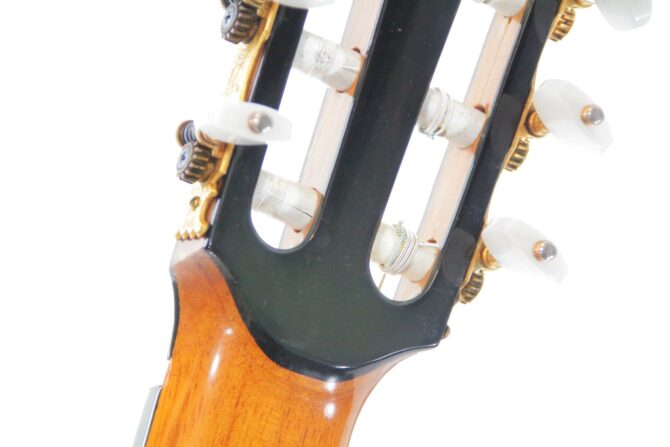 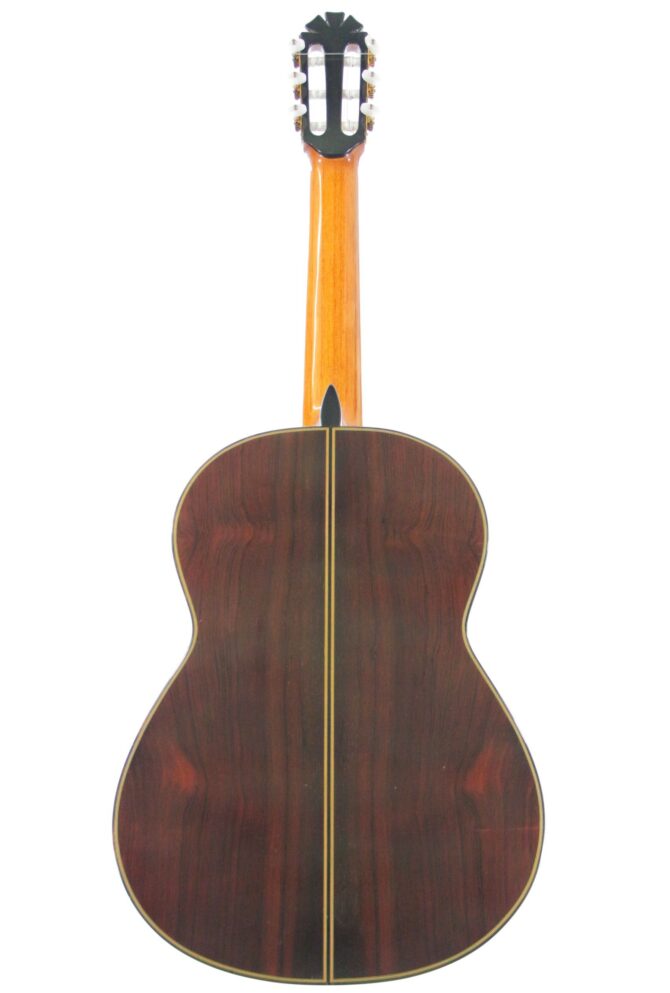 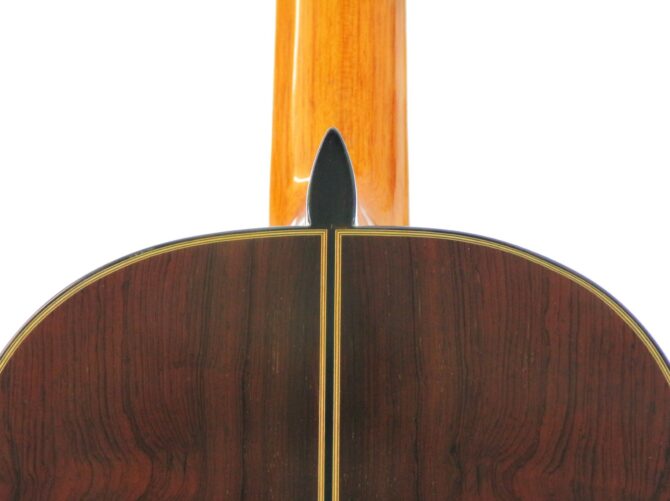 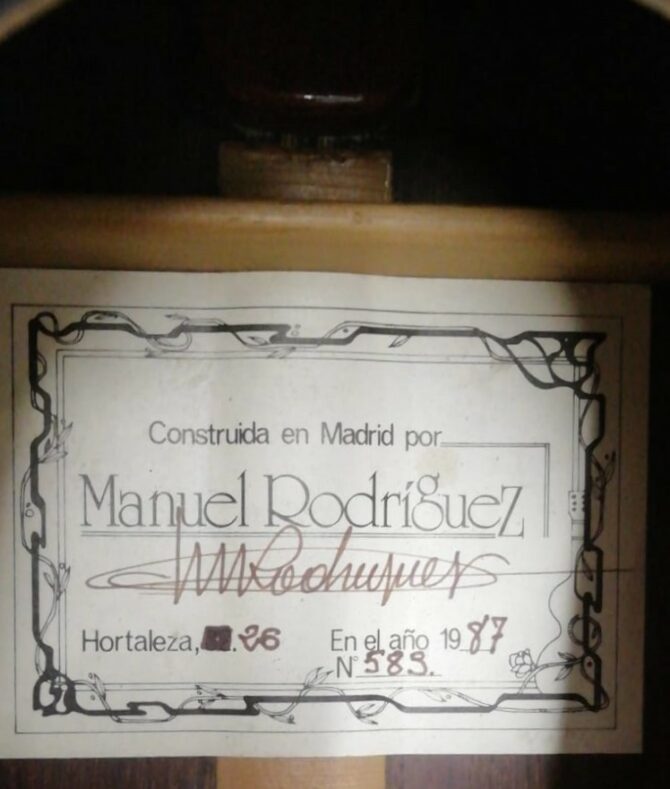 Manuel Rodriguez is an amazing luthier – his life story is as interesting as his guitars, which are built to highest standarts. Many famous musician and even Holywood icons ordered guitars from him.

Beside all this he continued to make handmade guitars of highest quality until 2008. His handmade highend guitars, like the one we offer here, had a recommended retail price of $35999.
In many shops they have been sold for more than 20000 USD over the last years.
Beside all this Manuel Rodriguez is also author of some books, where he describes his experiences of building guitars.

This guitar was 100% handmade in Madrid, Spain, by the master himself, Manuel Rodriguez Sr. It is a display of the finest woods and craftsmanship available. The top is solid alpine spruce, while the back and sides are the most visually stunning Rosewood.
The rosewood was hand selected from Manuel’s private stock and has a history as rich as its appearance and tone. The wood was cut in 1936 following the Spanish Revolution and has been naturally drying since.
Manuel Rodriguez Sr. only built two of these remarkable instruments a year and because of the scarcity and unique character of the woods, no two can, or will ever look the same. This guitar represents both mother nature and craftsmen at their finest.
The scale lengths is 650 mm and the nut width 51 mm.

This guitar is in good condition for its age. It plays nice with a low action and a straight neck.
It has been well kept and shows only light wear of play and use, with a very tiny repair at the left side.