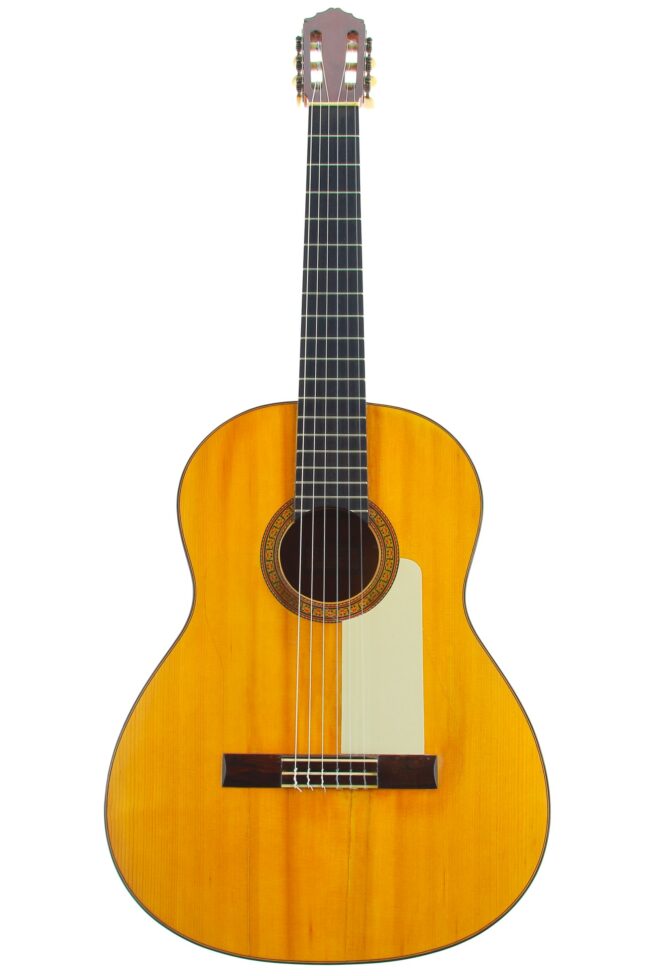 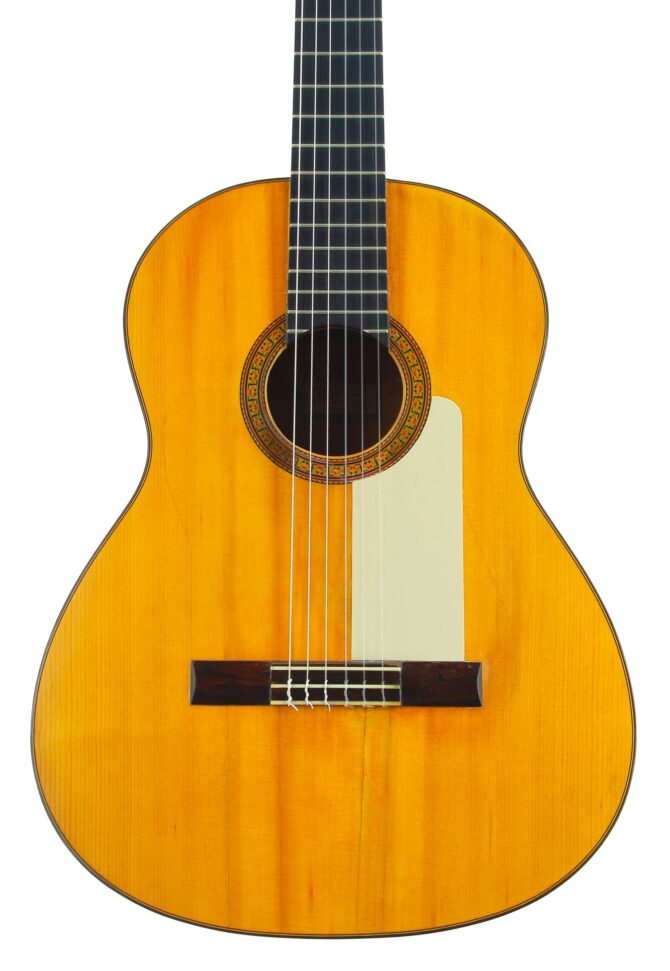 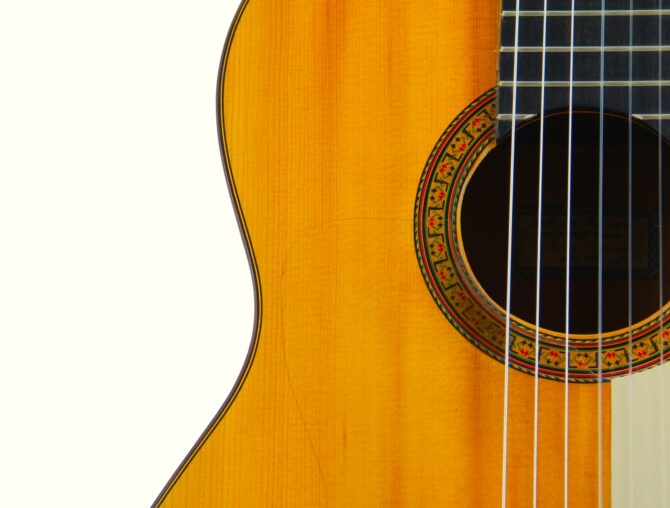 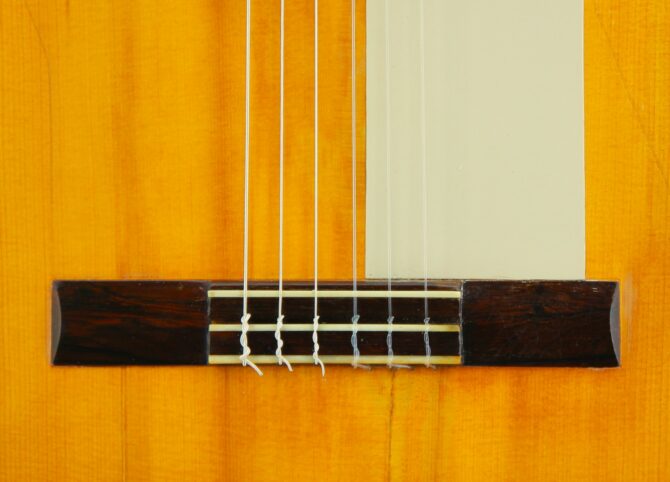 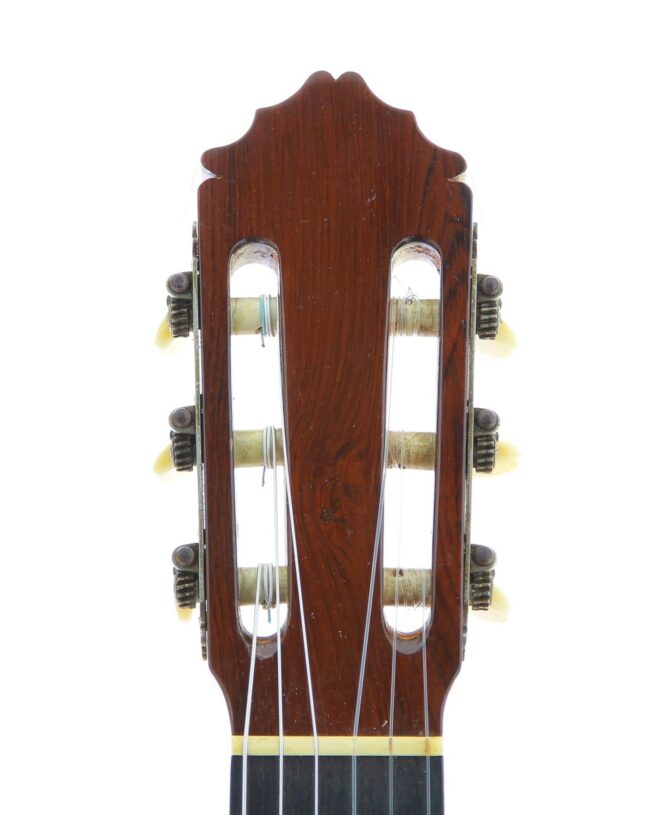 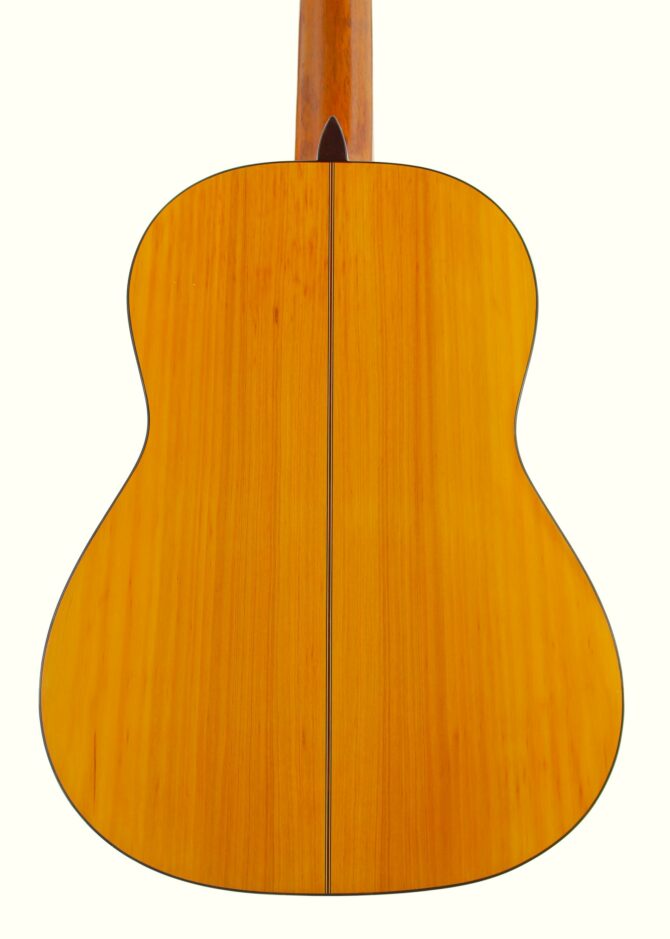 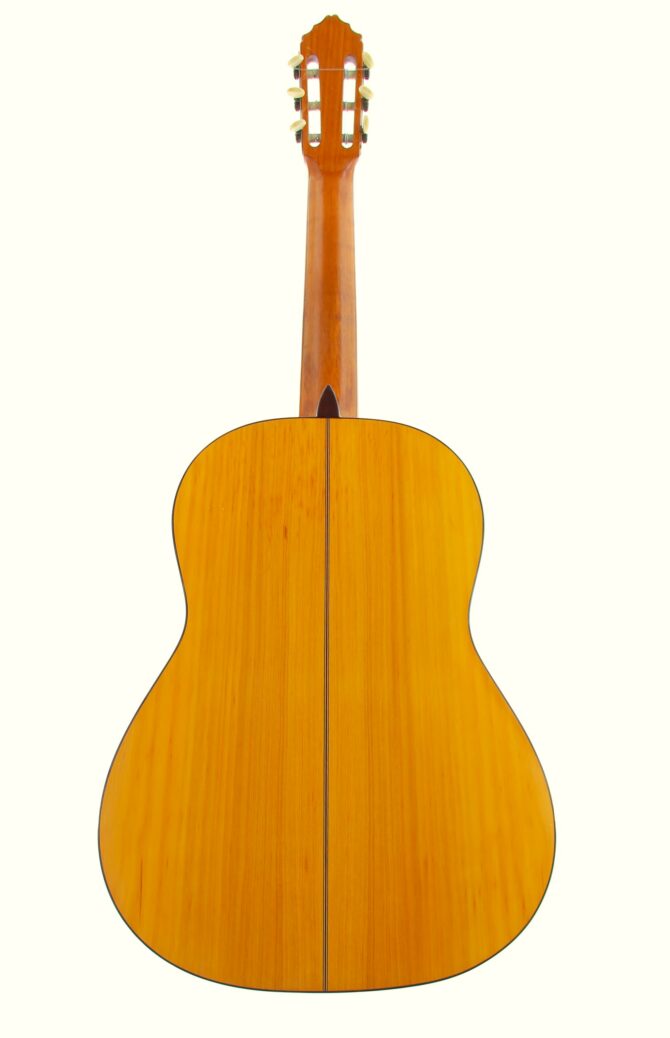 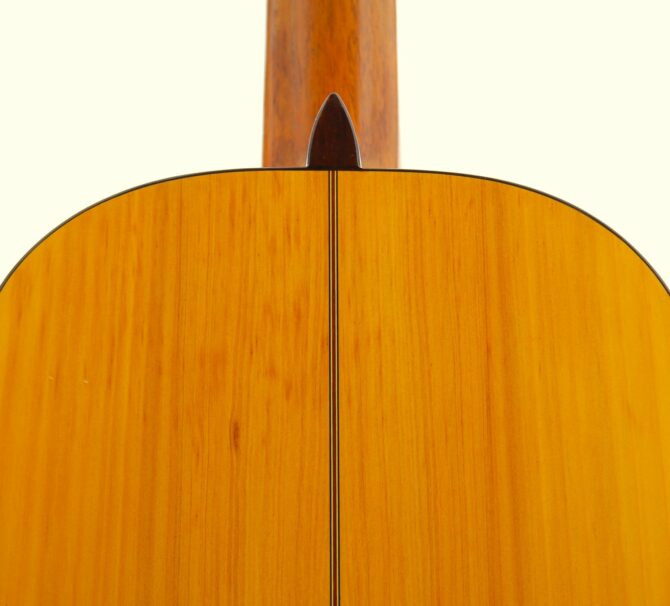 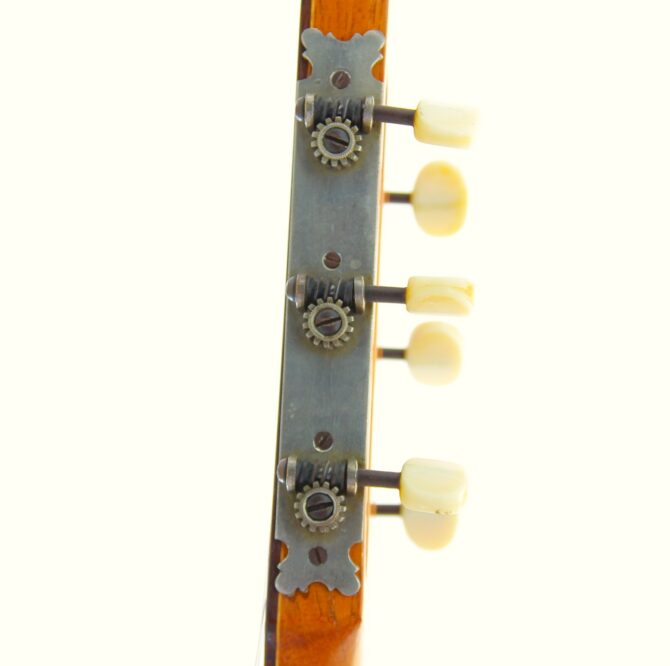 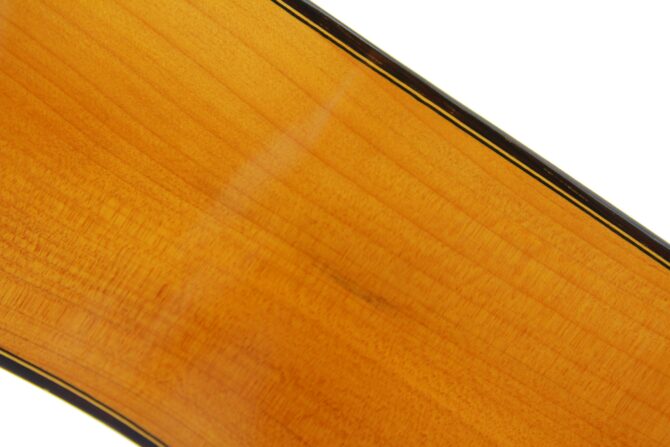 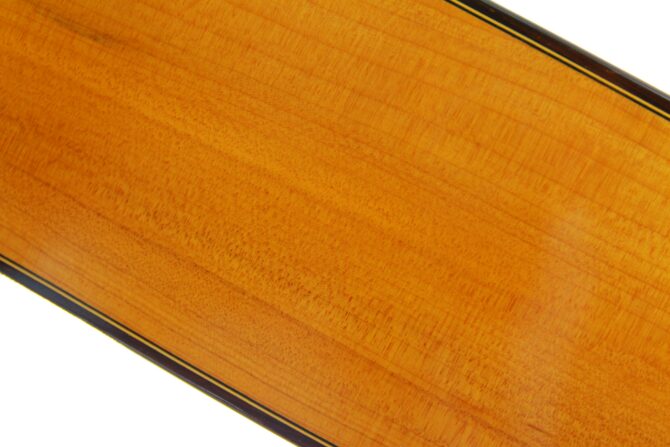 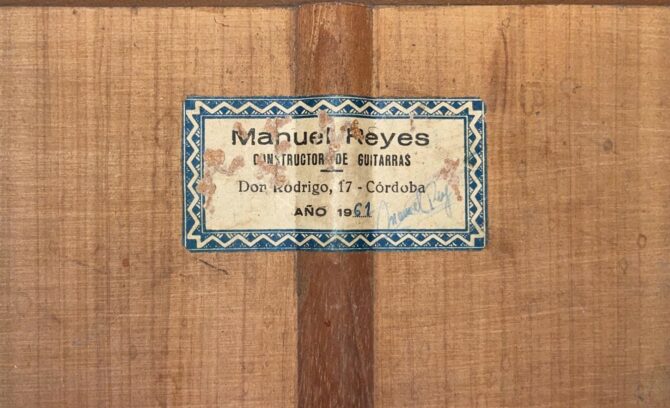 Rare opportunity, a Manuel Reyes flamenco guitar built by the great master in 1961, with a furious sound that will definitely impress you!

The guitar comes from the collection of Ulrich Gottwald “El Rizos”. It has been used in some performances and we have also linked a video down below.

Manuel Reyes (1934-2014) is undoubtedly the most famous flamenco guitar maker in Spain at the time of his death. Manuel’s reputation was so great that Luis F. Leal Pinar dedicated an entire chapter to him in “Guitarreros de Andalucia” (2004).
Manuel only made about 20 guitars a year. The demand for his flamenco guitars was so high and the waiting list so long that he stopped accepting new orders more than 30 years ago.
Since his death, the demand for his guitars has only increased. It is a rare opportunity to get one of his guitars.

This Manuel Reyes has the brilliant flamenco sound, from the good old days.
It produces sharp, percussive rasqueado, can also play sweetly and has a throaty growl when desired. The guitar is ultra-lightweight, giving it a quick response and the typical explosive tone. The tone has a subtle woody vintage character due to the age of the guitar, which has allowed the guitar to develop its own unique character with a lot of charm.
Definitely a sound to fall in love with. A sound that you can find on the recordings of the great old master guitarists.

The flamenco guitar is perfectly set up, with a low action and a straight neck.
The nut width is 52 mm and the scale length is 650 mm. The top is made of fine alpine spruce and the back and sides are made of cypress.

Some cracks have been professionally repaired on this guitar – everything is absolutely stable and has been checked by the luthier.

The guitar comes with a matching hard case.