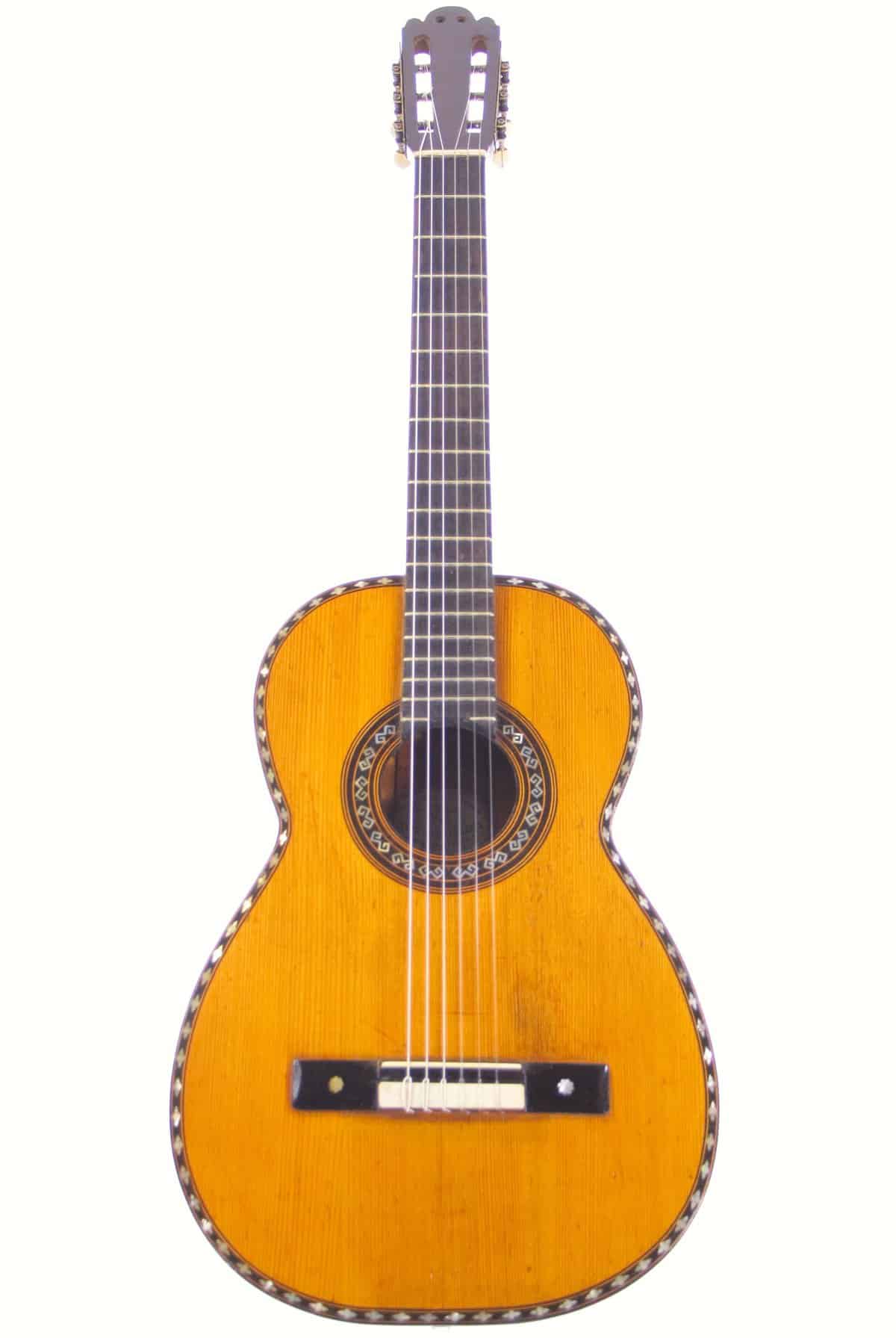 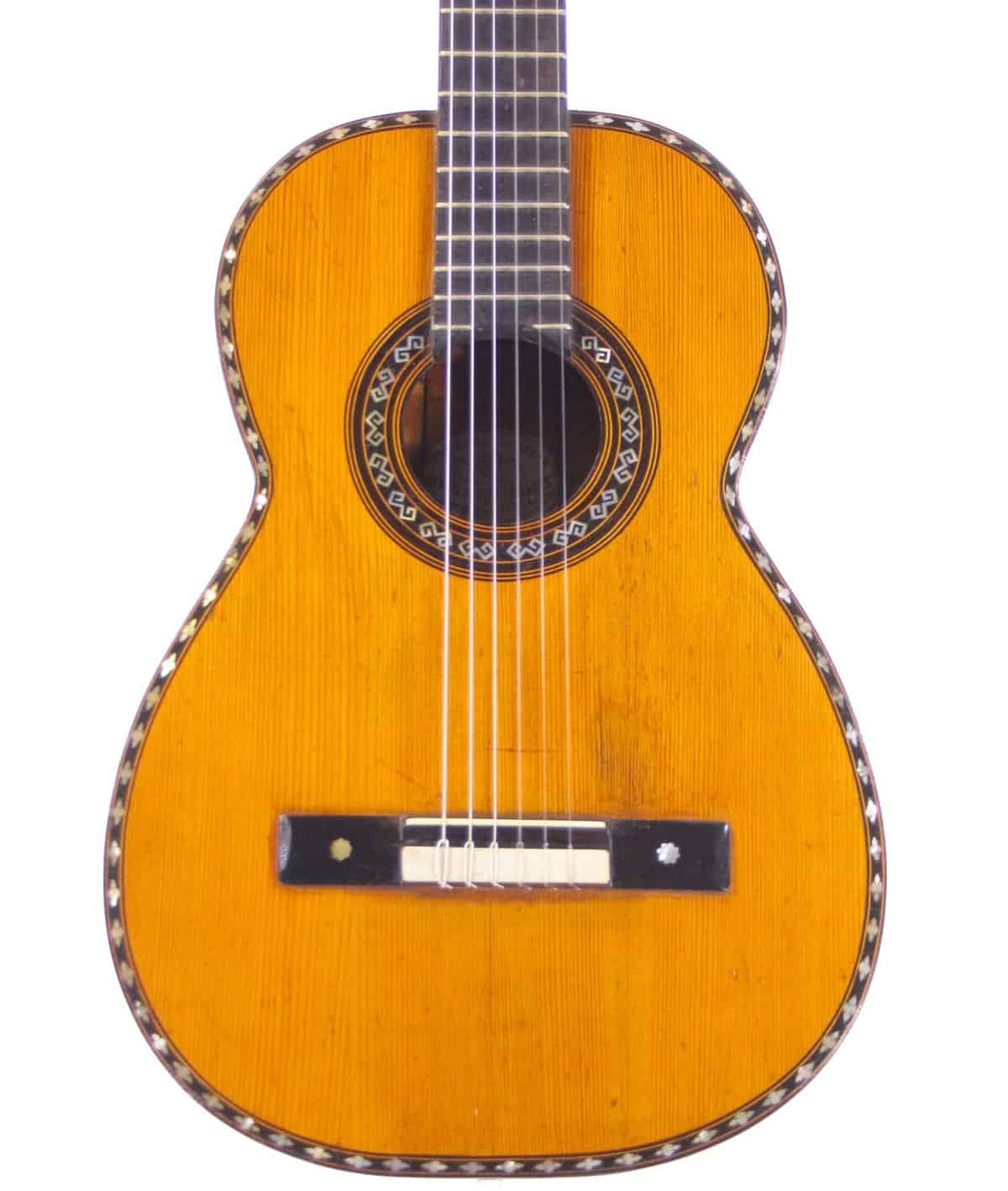 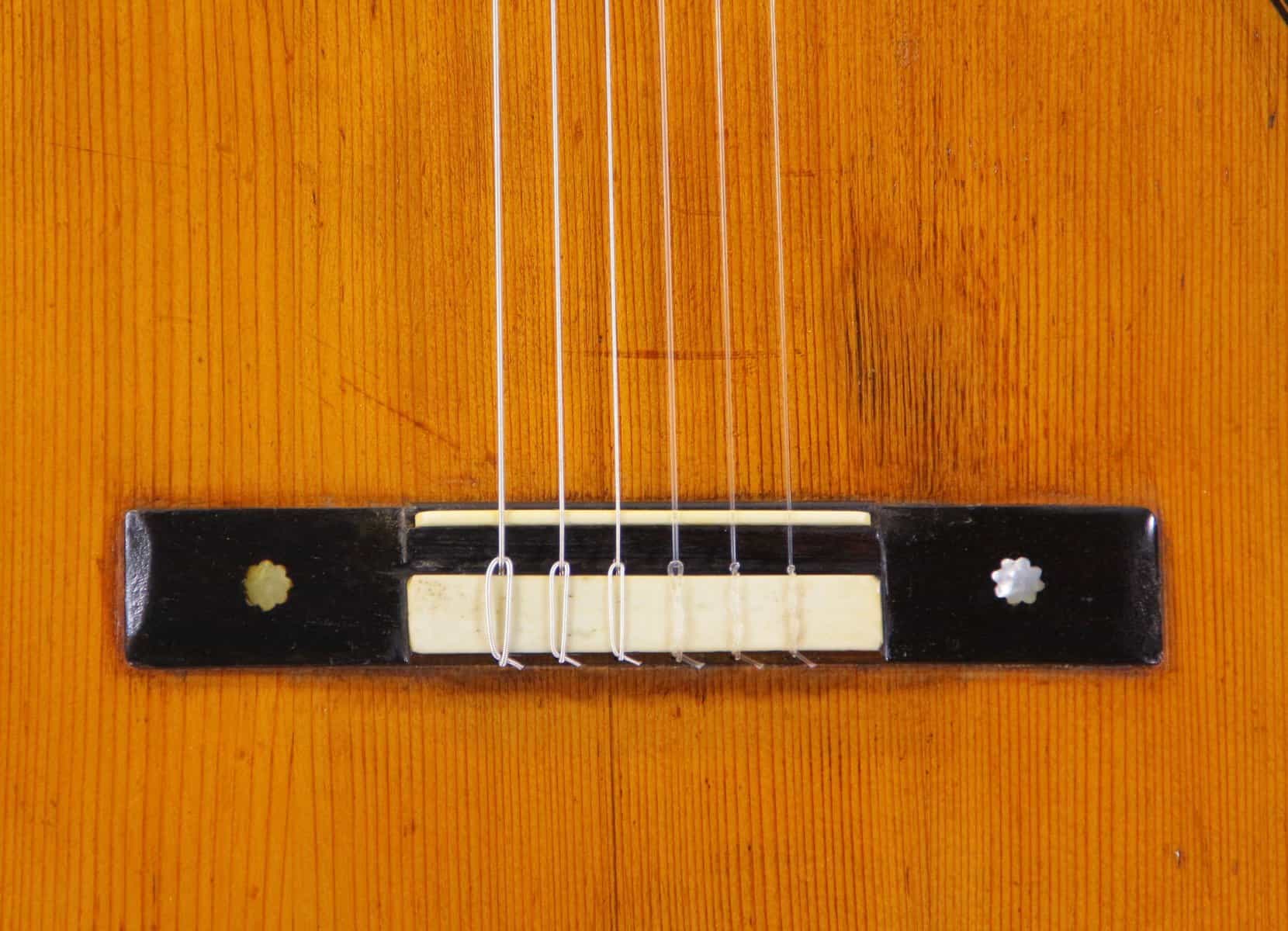 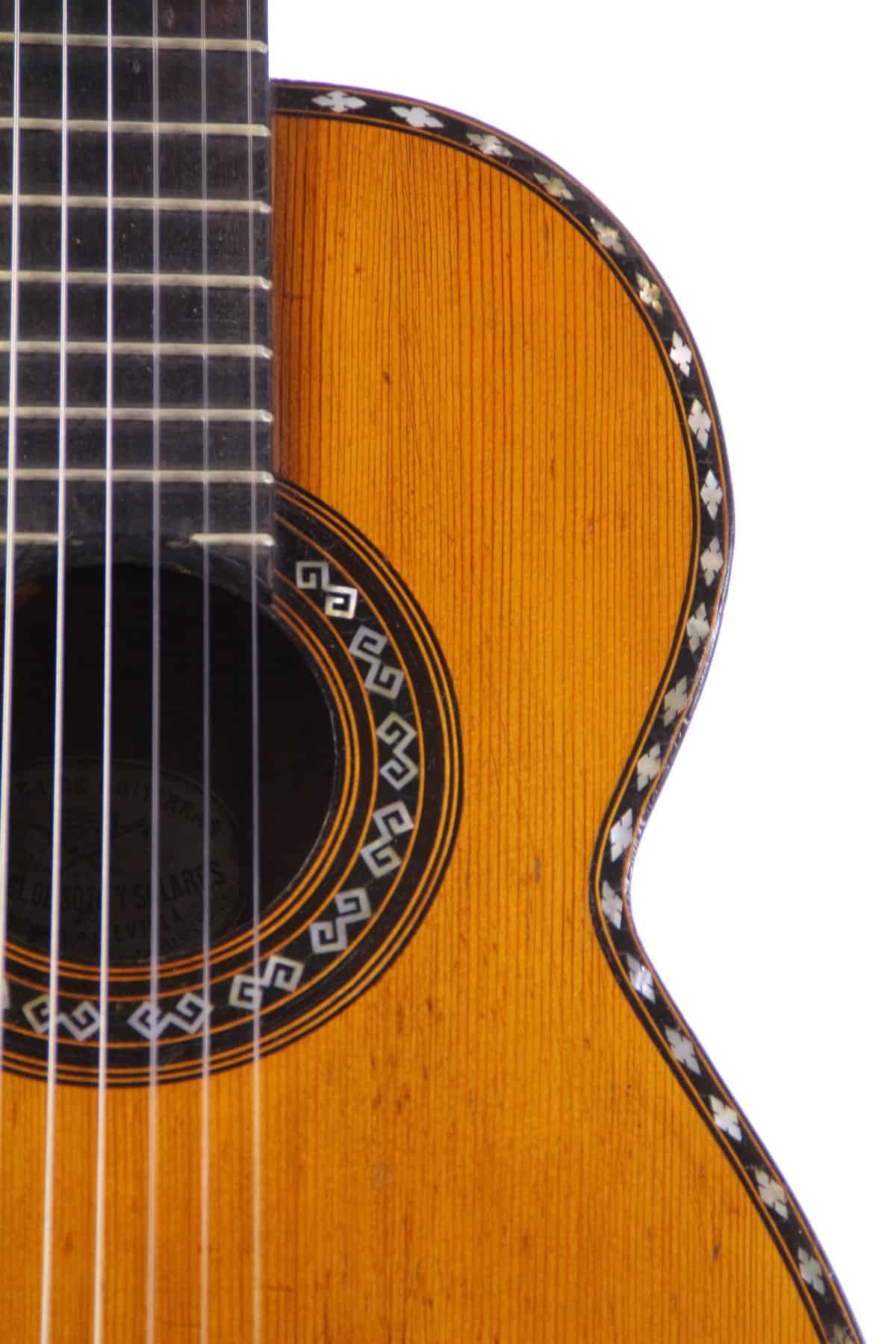 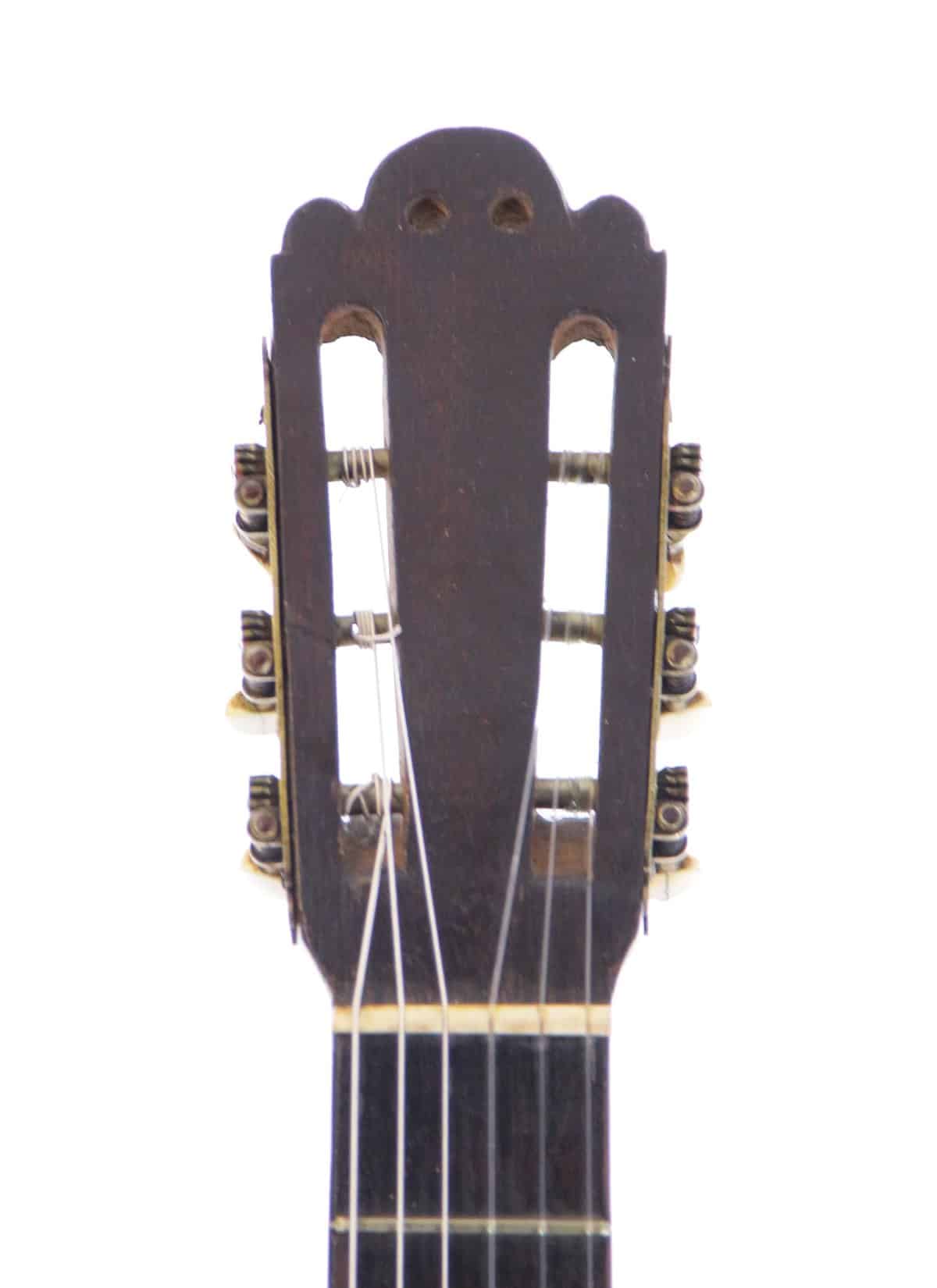 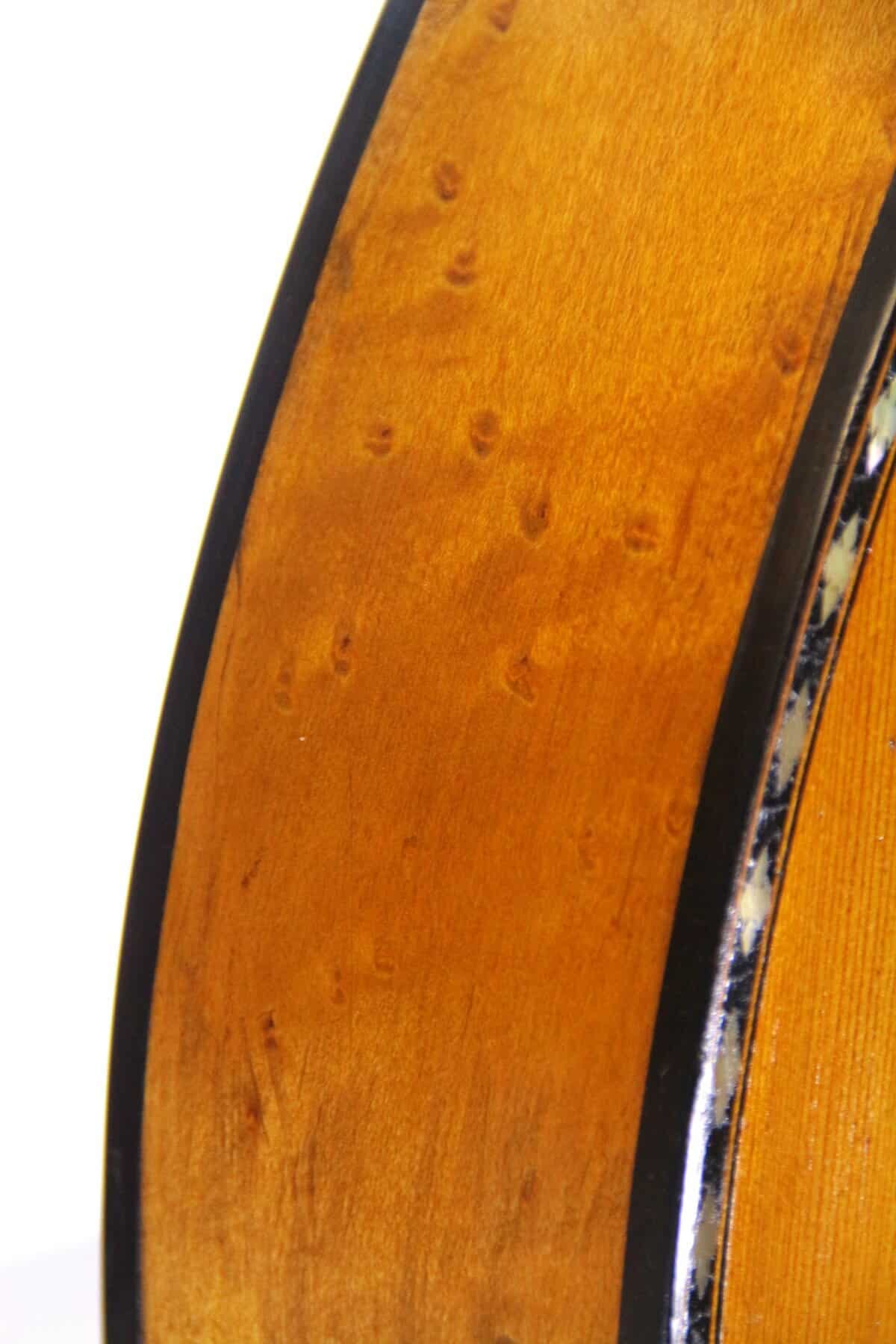 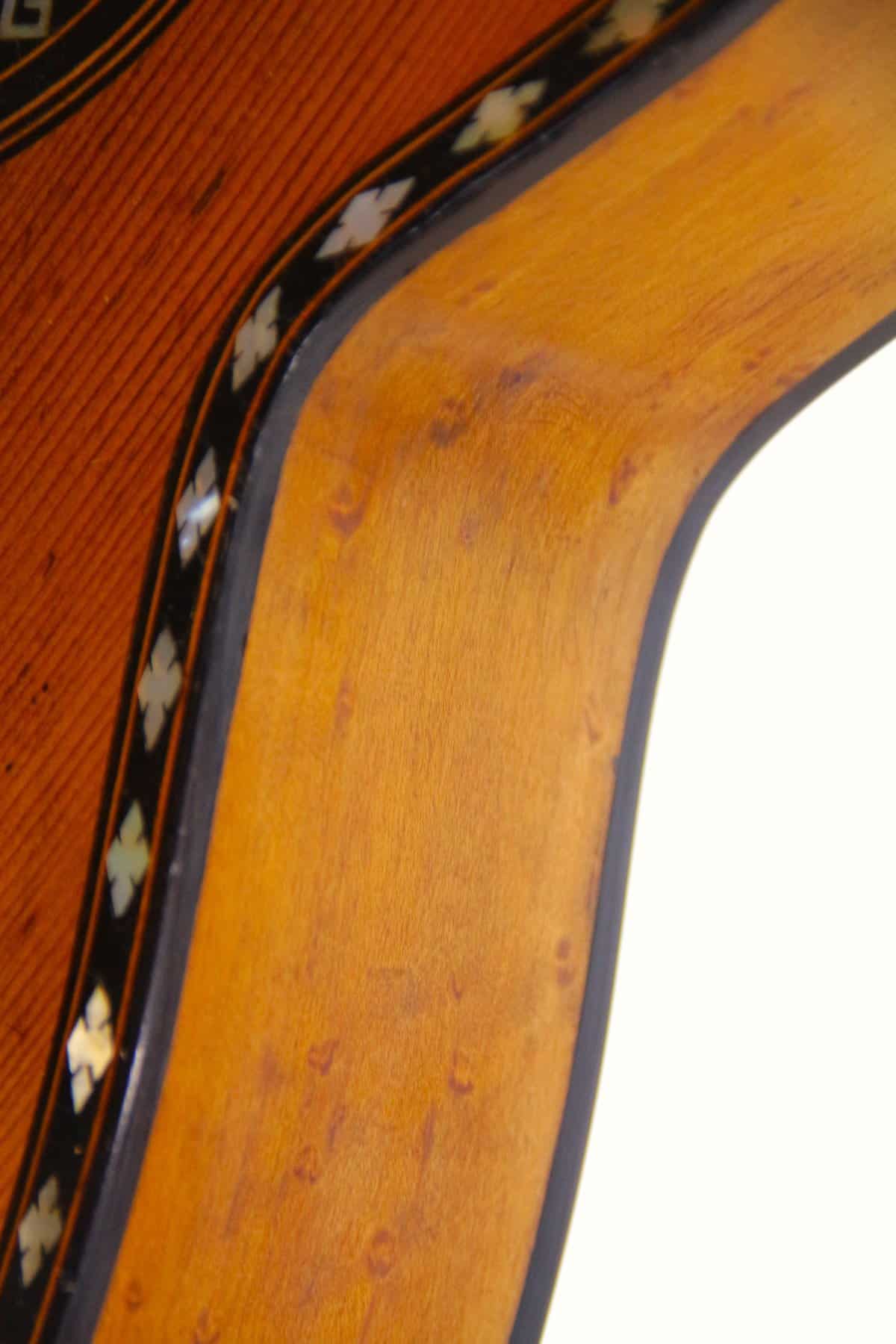 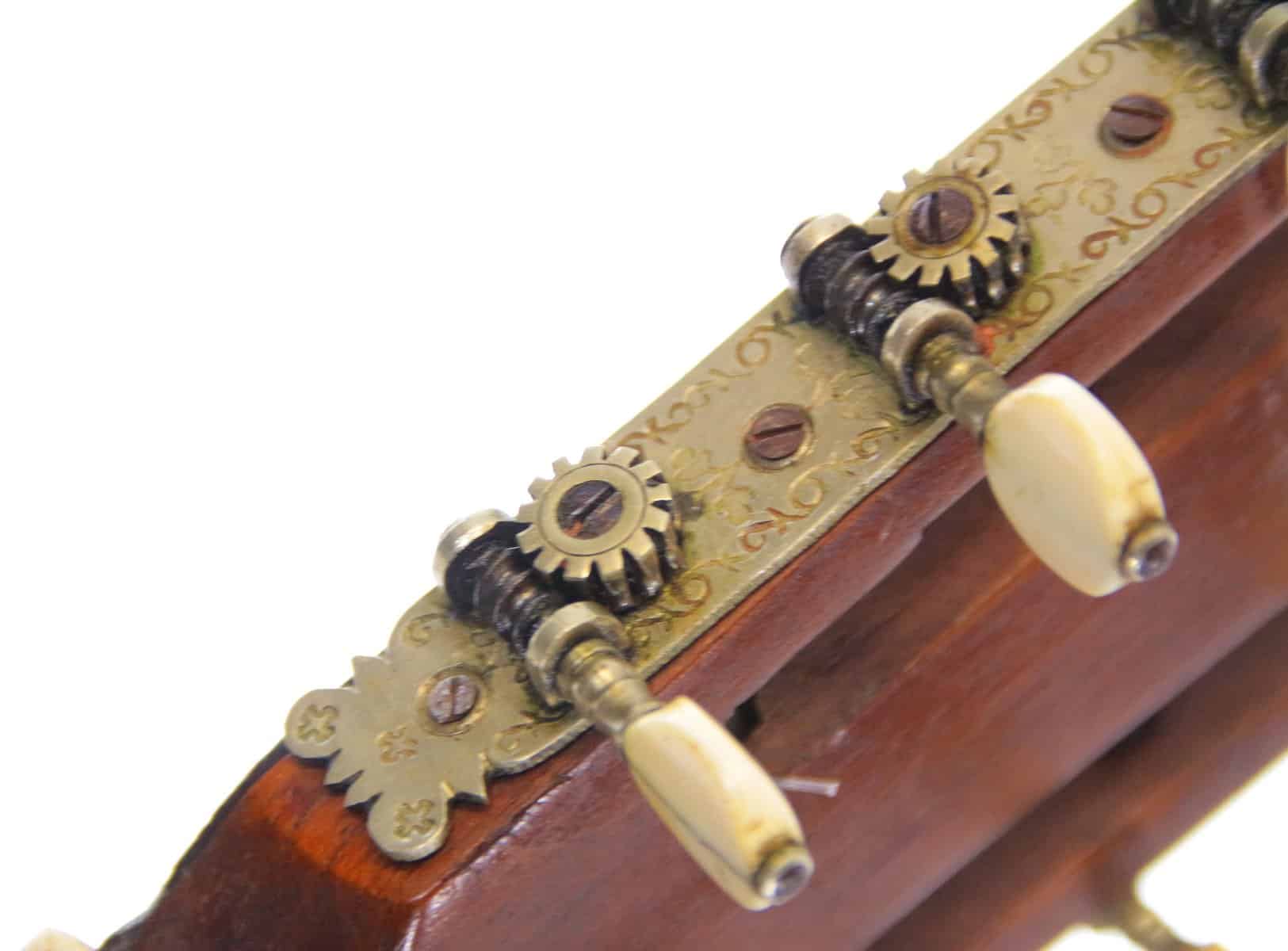 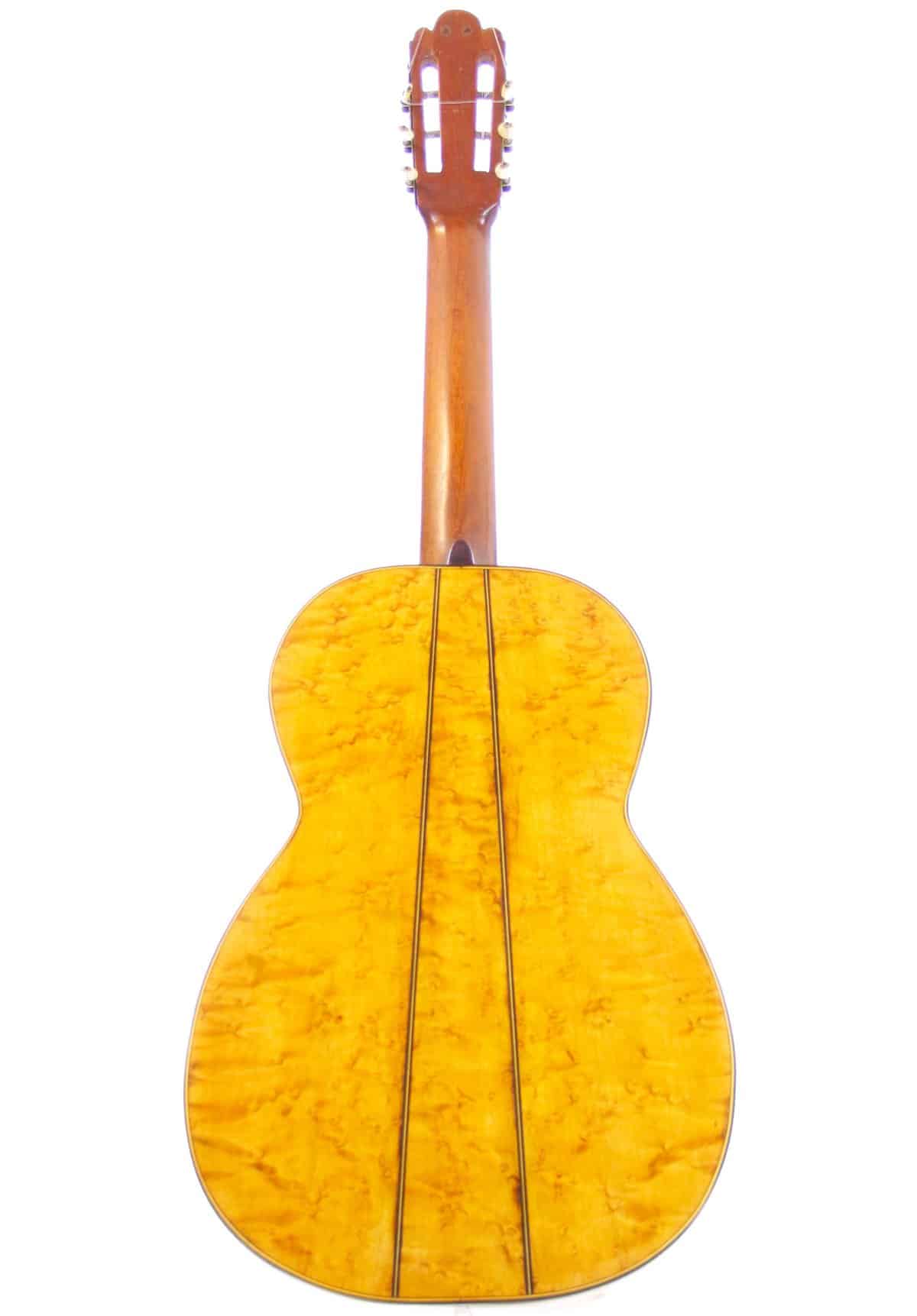 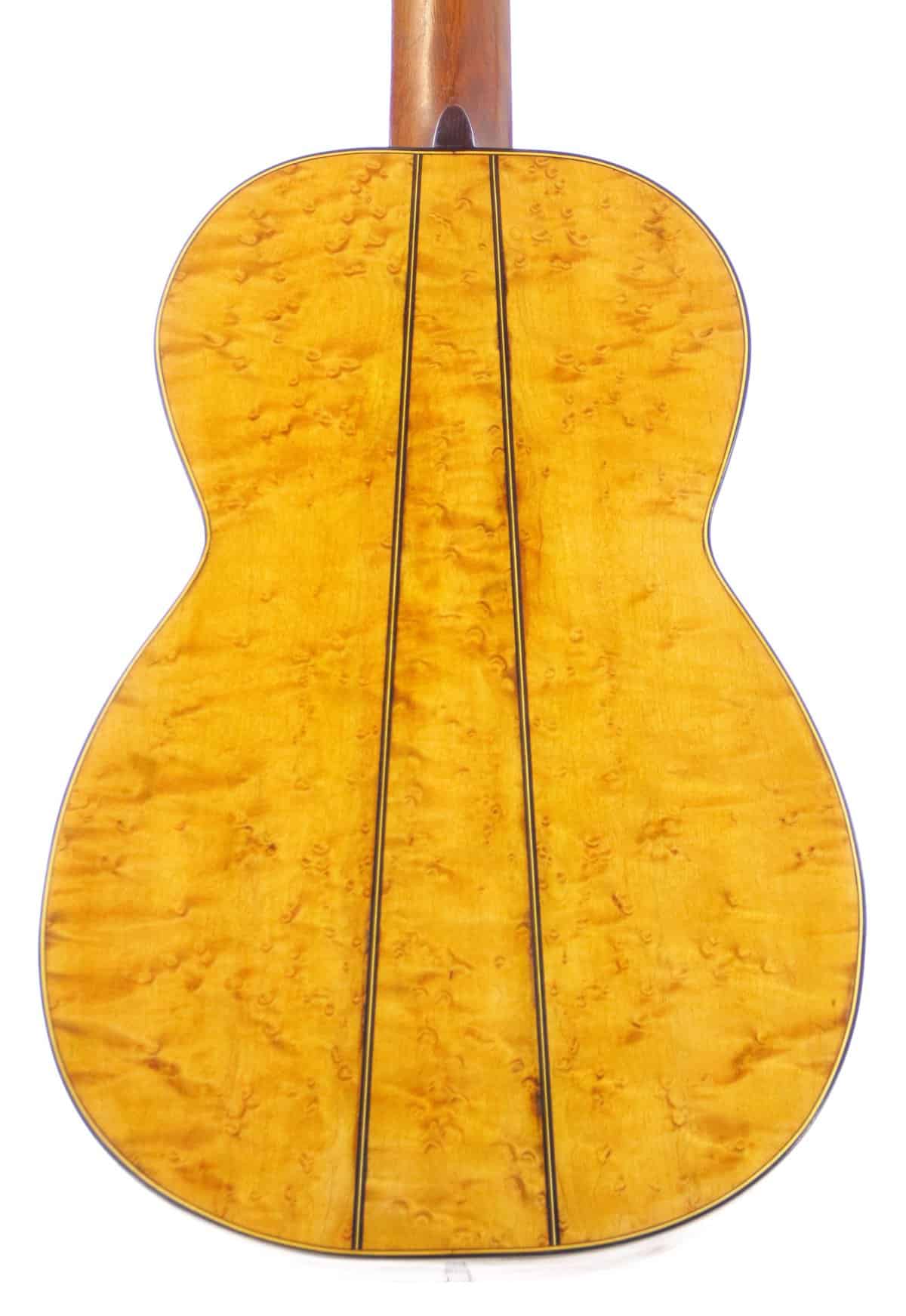 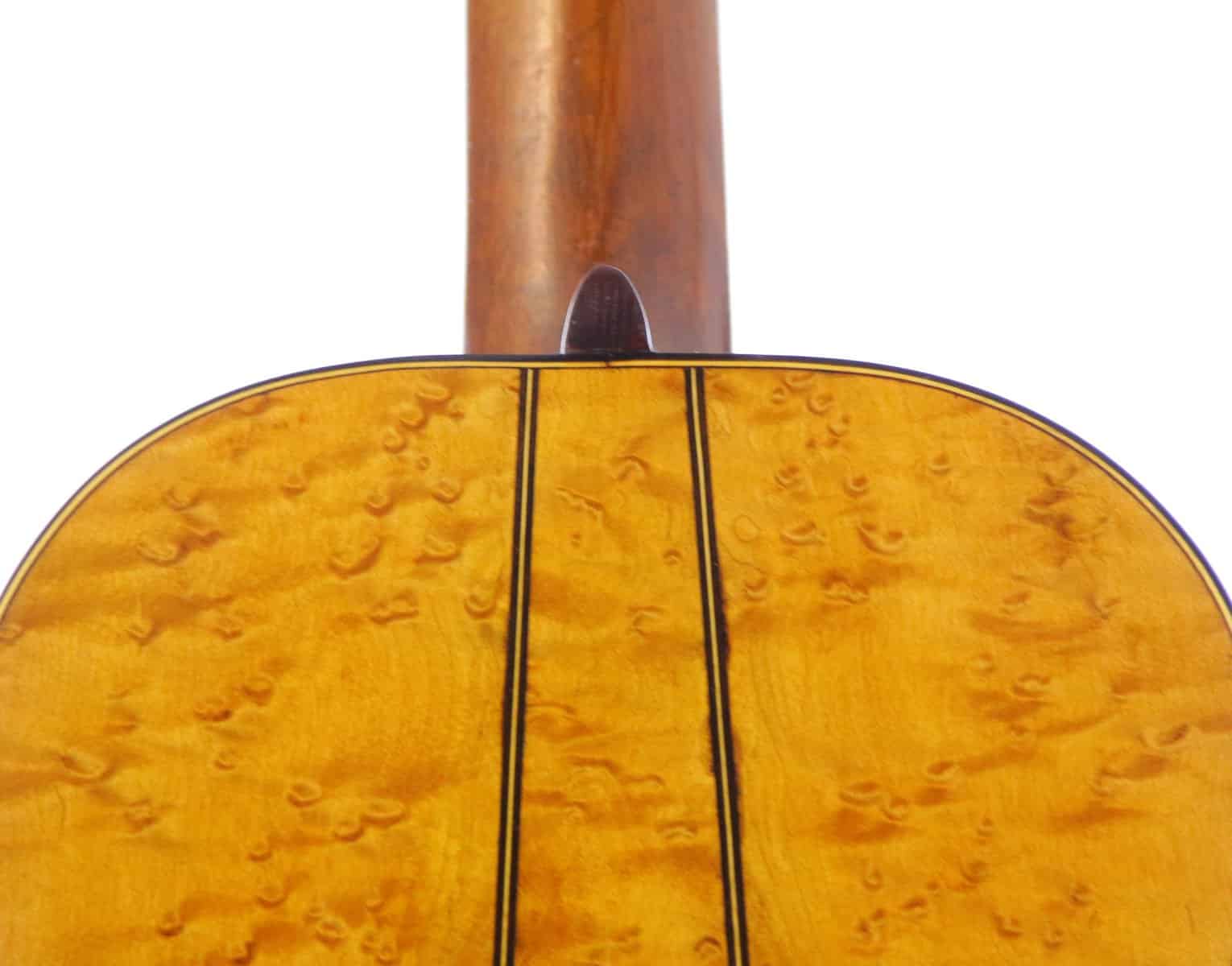 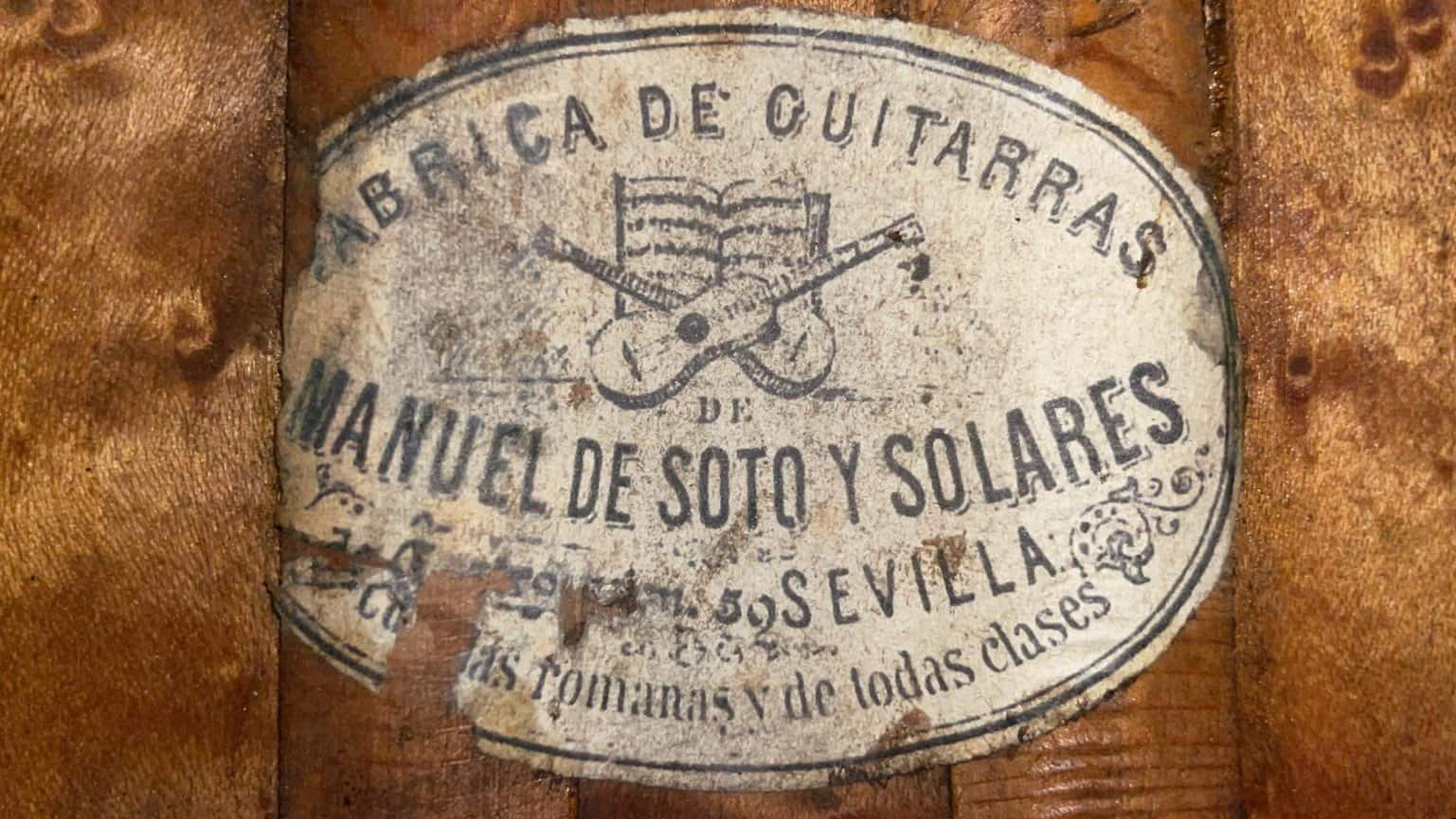 Very rare and collectable guitar of Manuel de Soto y Solares from Sevilla built around 1870.
This guitar is a close as you can get to a guitar to Antonio de Torres. It looks like the famous “La Leona”!

This nice guitar has a spruce top and mahogany sides. The back is made of maple with a mahogany stripe in the middle. It has a nut width of 50 mm and a scale length of 636 mm.
Although this guitar is undated, it most probably was made during 1865 – 1880. It has been perfectly restored by Domenico Pizzonia.

Sound and projection are exceptional on this guitar. It has well-defined notes throughout and a surprisingly big volume. The old woods give this guitar an extra portion of vintage warmth and dynamic and let the timbres shine.
We especially like the maple/spruce combination on this guitar, because it adds this mystical touch to the sound and you immediately feel like you have been transported to another time.

Truly a fantastic instrument to revive the music of the great old composers authentically.