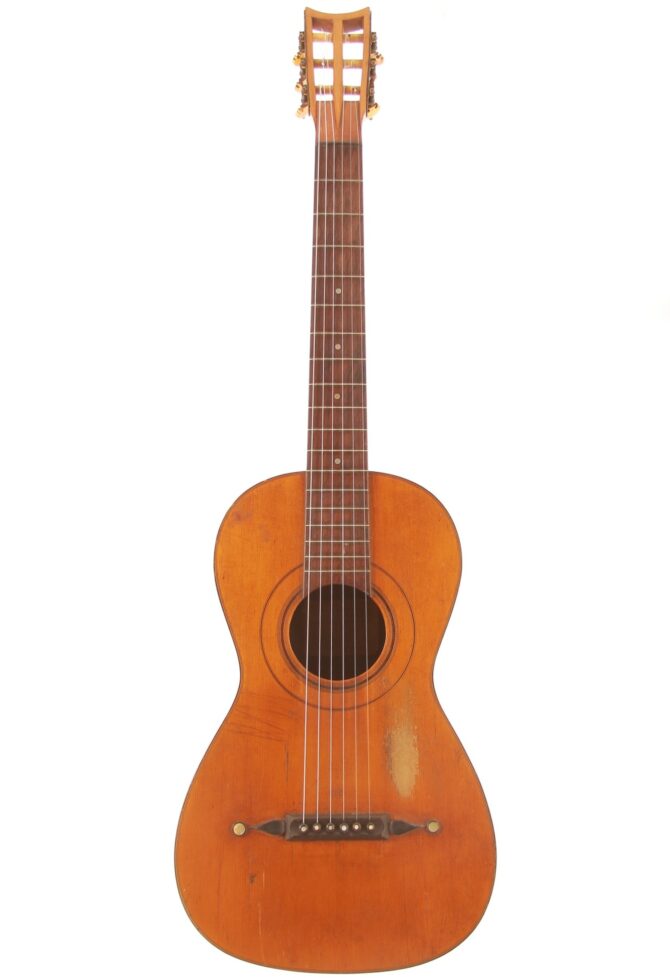 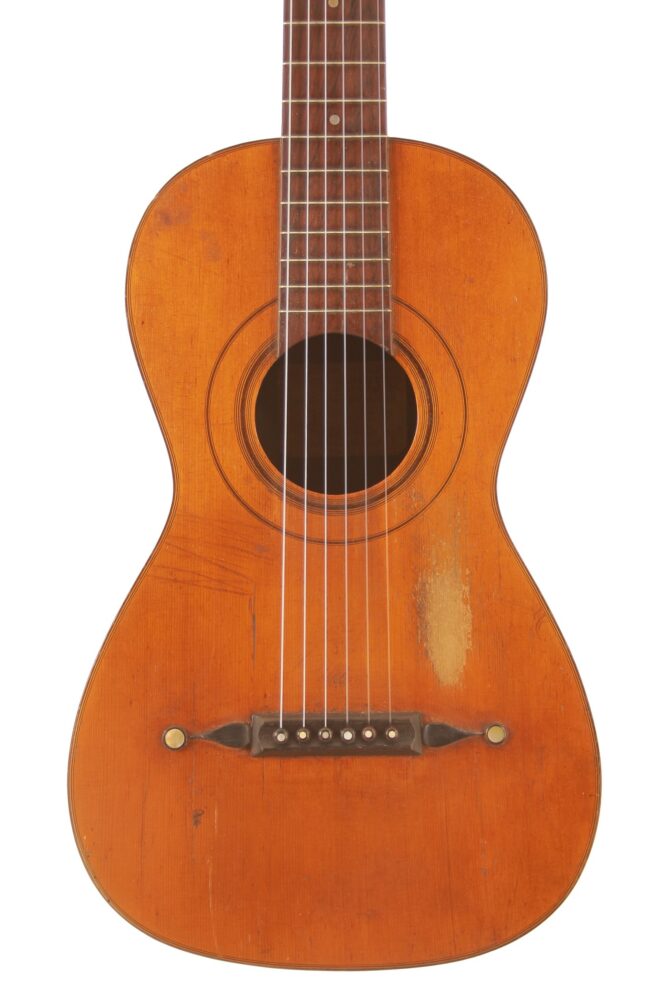 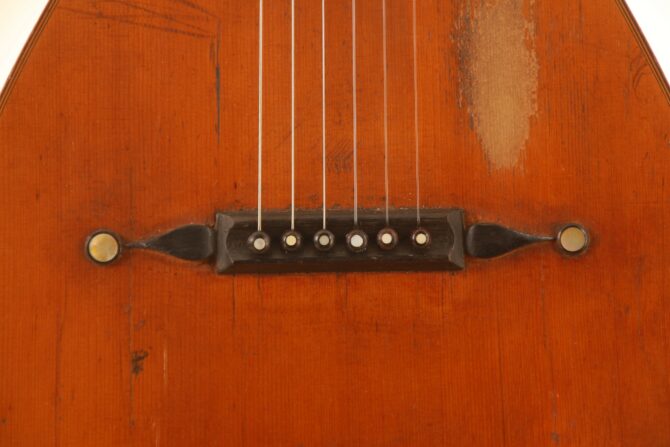 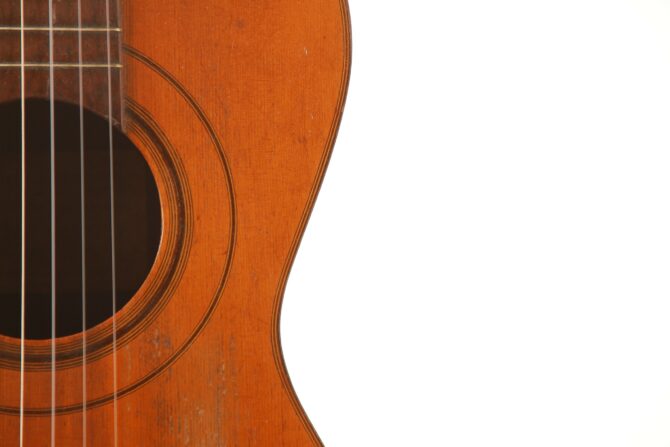 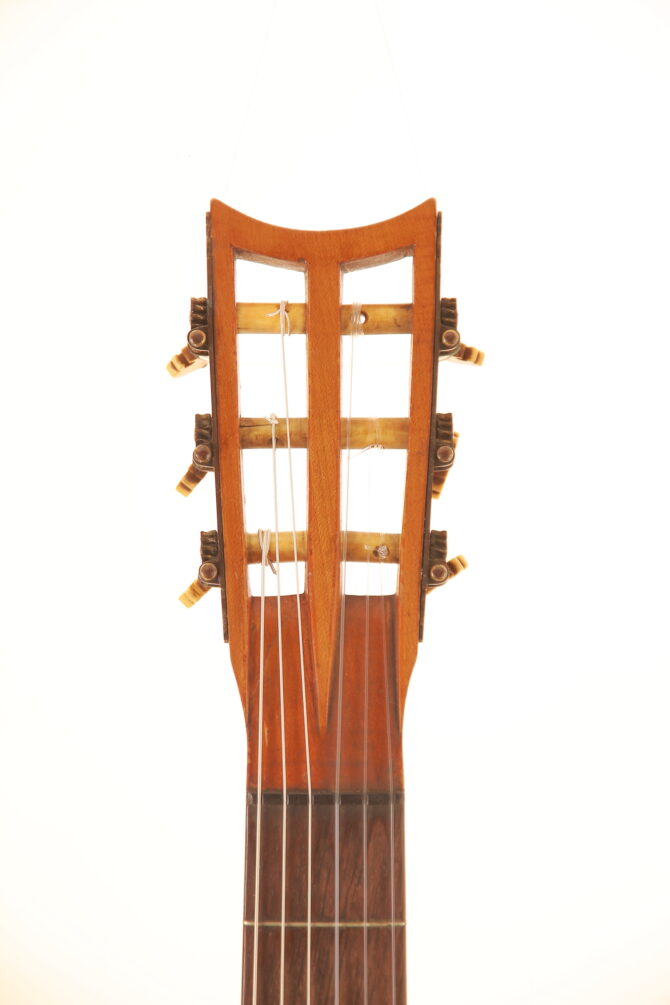 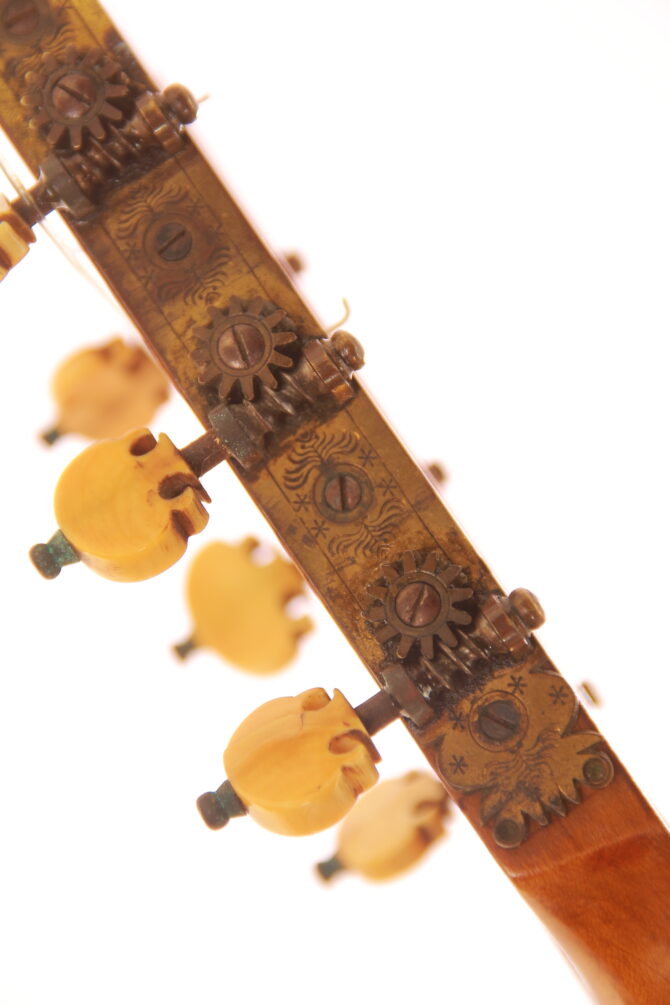 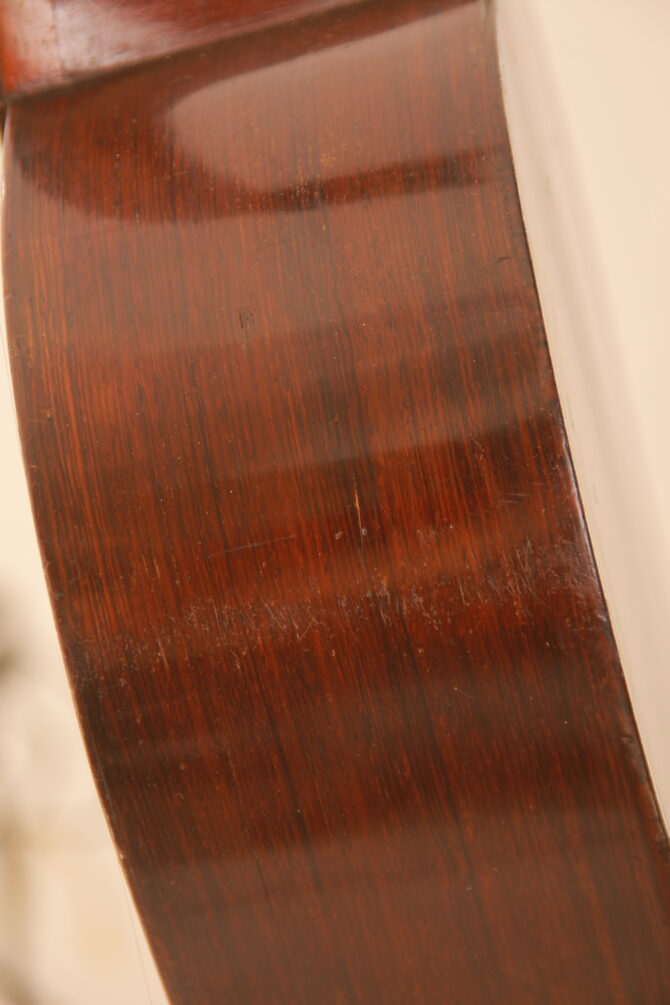 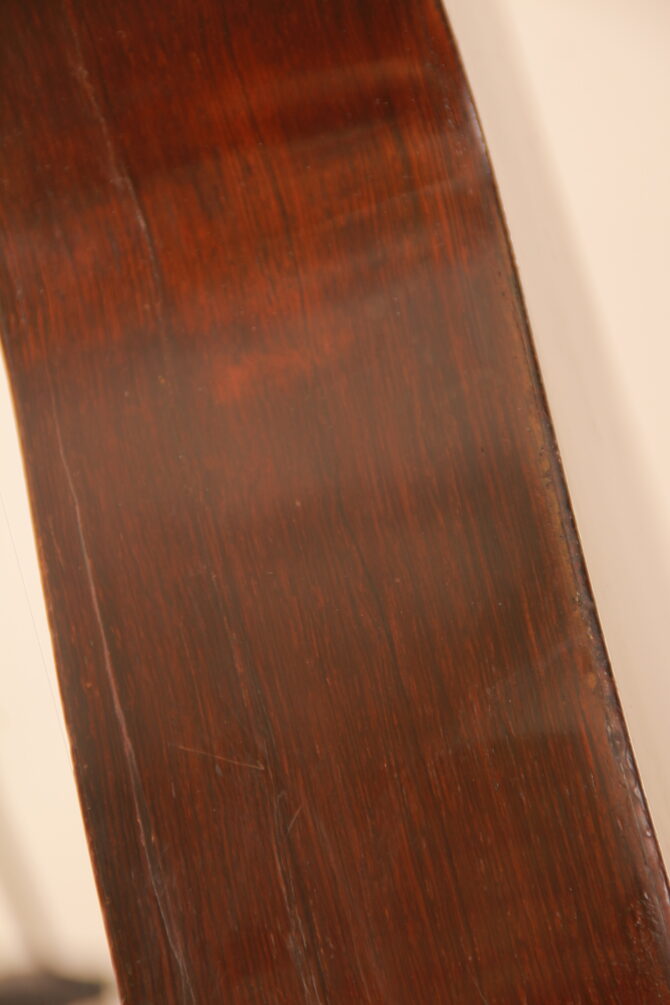 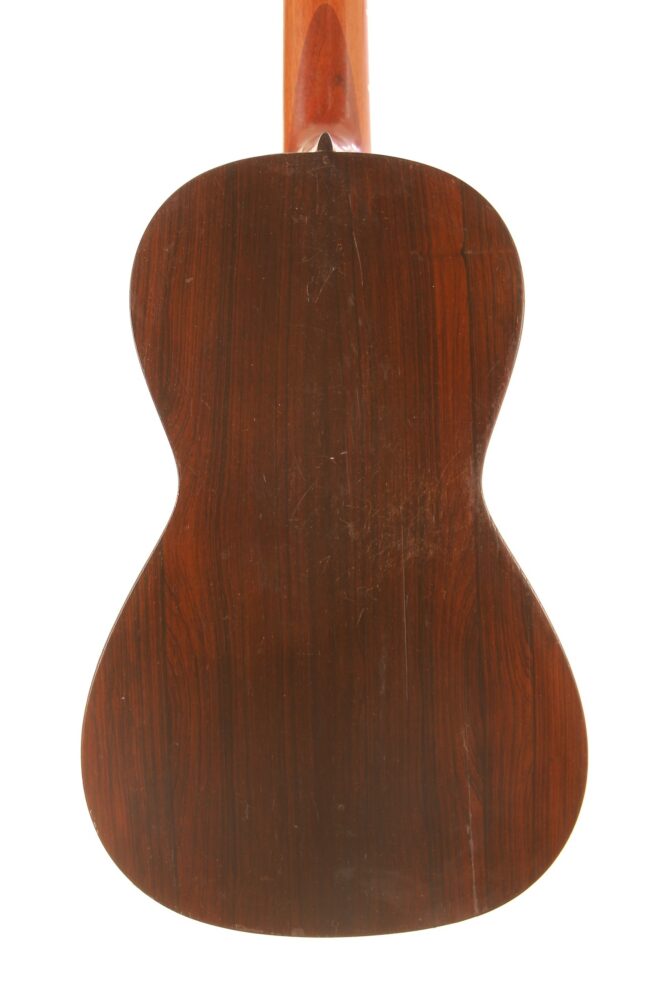 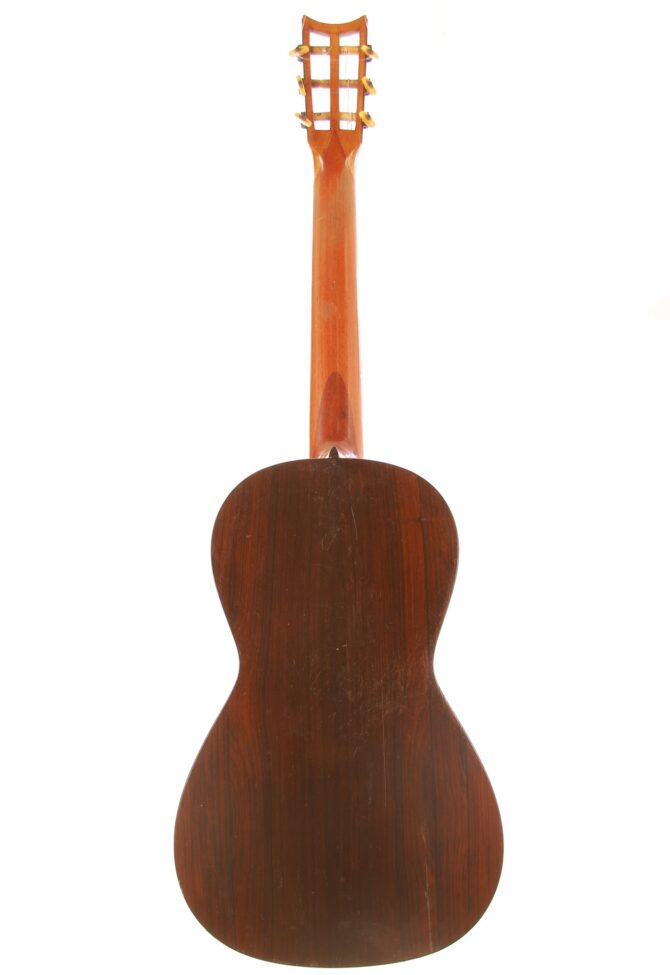 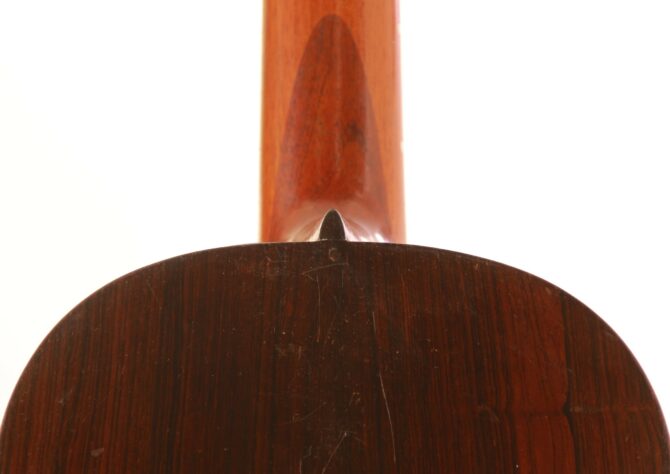 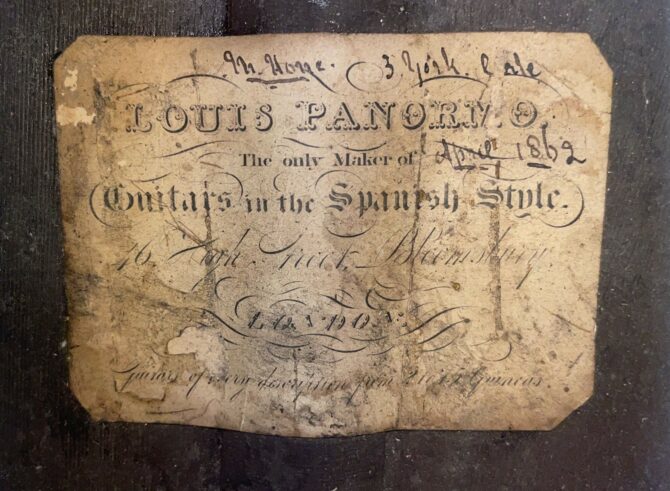 Louis Panormo – an incredibly beautiful and rare romantic guitar from 1862. One of his last guitars!

The French-born Louis Panormo (1784-1862), and his brothers, were 19th century England’s finest guitar makers and among the only luthiers outside Spain making guitars “in the Spanish style,” as the labels in Louis’ guitars note.
It is said that his guitars were closer to the modern Torres style guitar than any other maker of his day, but luthier and scholar Richard Brune has described Panormo’s guitars as closer in inspiration to the pre-Torres makers of Cadiz and Málaga.
Louis Panormo was one of Fernando Sor’s recommended luthiers, but Sor’s visit to Panormo’s Bloomsbury shop during his London stay was to visit Louis’ older brother, Joseph (1767-1837).

This particular 1862 Louis Panormo guitar was Panormo’s top regular model, with rosewood back and sides. It was made in the Spanish style with seven fan braces.

It has the most beautiful tuners by Baker which over 160 years later still work perfectly. An exceptionally complete and very playable instrument.
It has been restored and some cracks has been glued – everything you’d expect from a guitar that age. Now it again presents itself in a nice condition.

It has a remarkably full tone. Amazing how loud this small guitar can be. The tone has been beautifully matured and presents the most beautiful timbres you can imagine. The combination high quality rosewood and spruce on this guitar is pure magic. This is the perfect guitar for someone who is searching for a beautiful and yet different sound.

This guitar is fully playable and plays amazingly easy all the way down the neck. The neck is straight and the action is nicely low. It has the common scale length of 630 mm and a 46 mm nut width.

A real joy to play, this 160 year old guitar that represented the cutting edge in concert quality guitars in its day. This fine example should continue to make music for centuries to come!