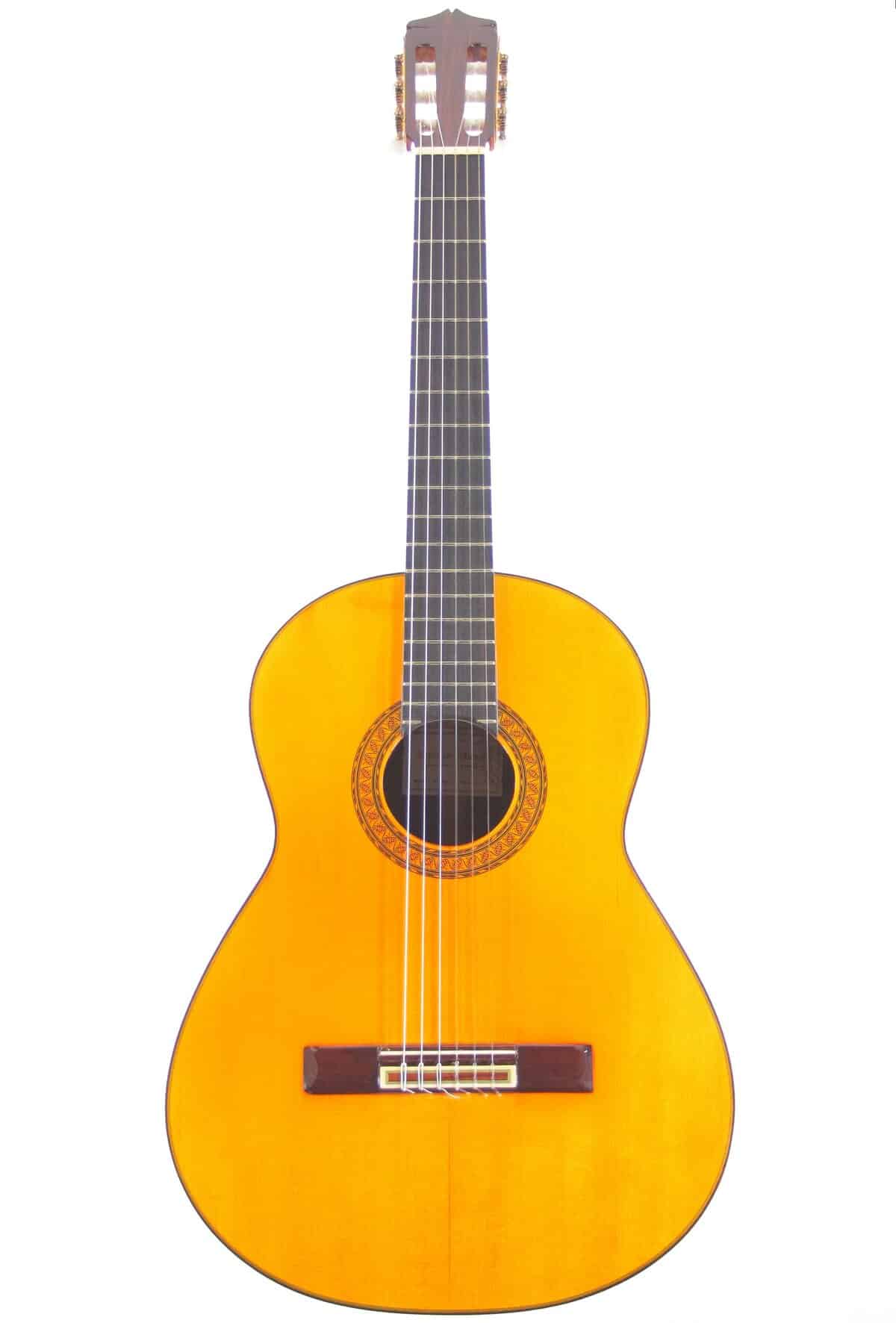 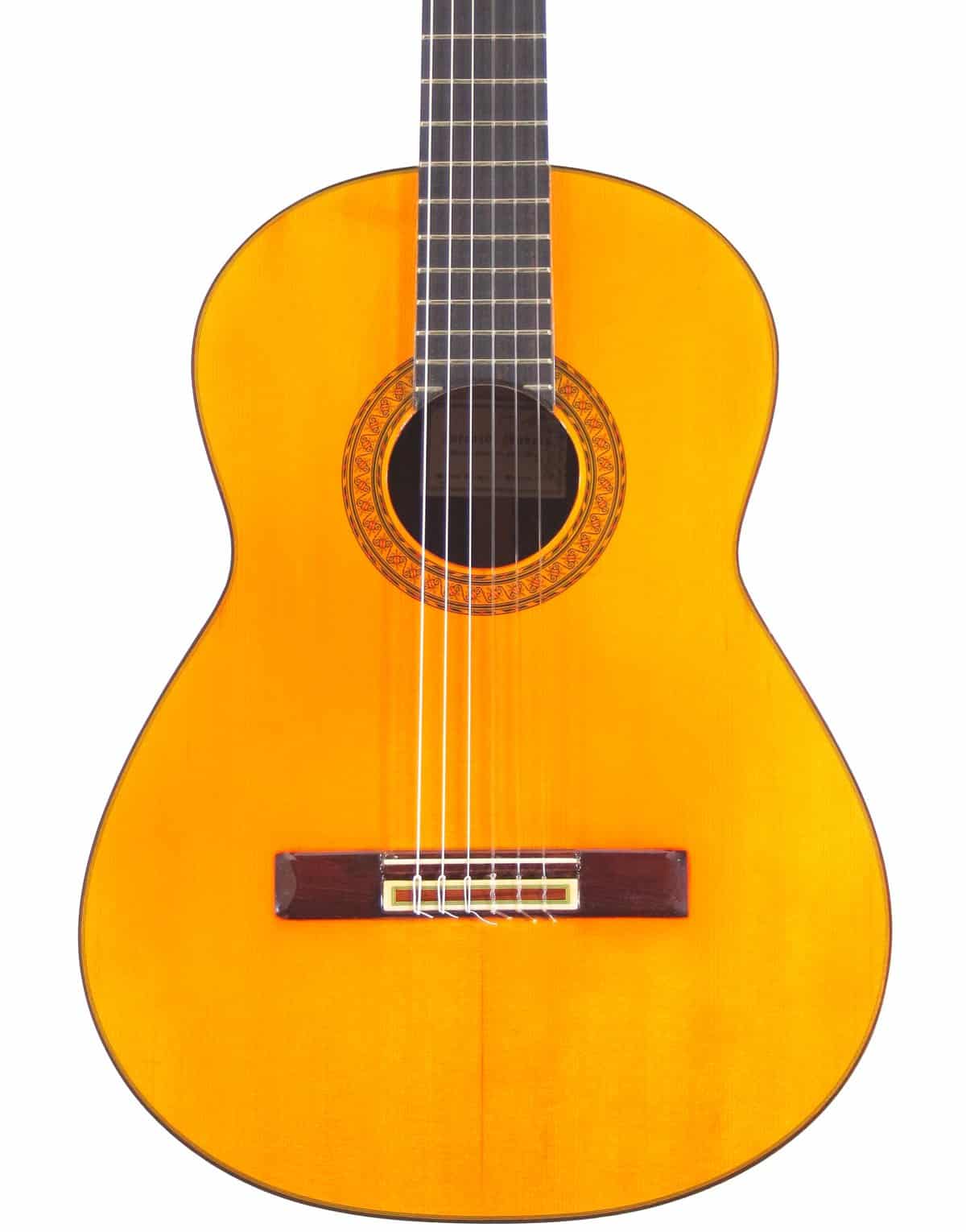 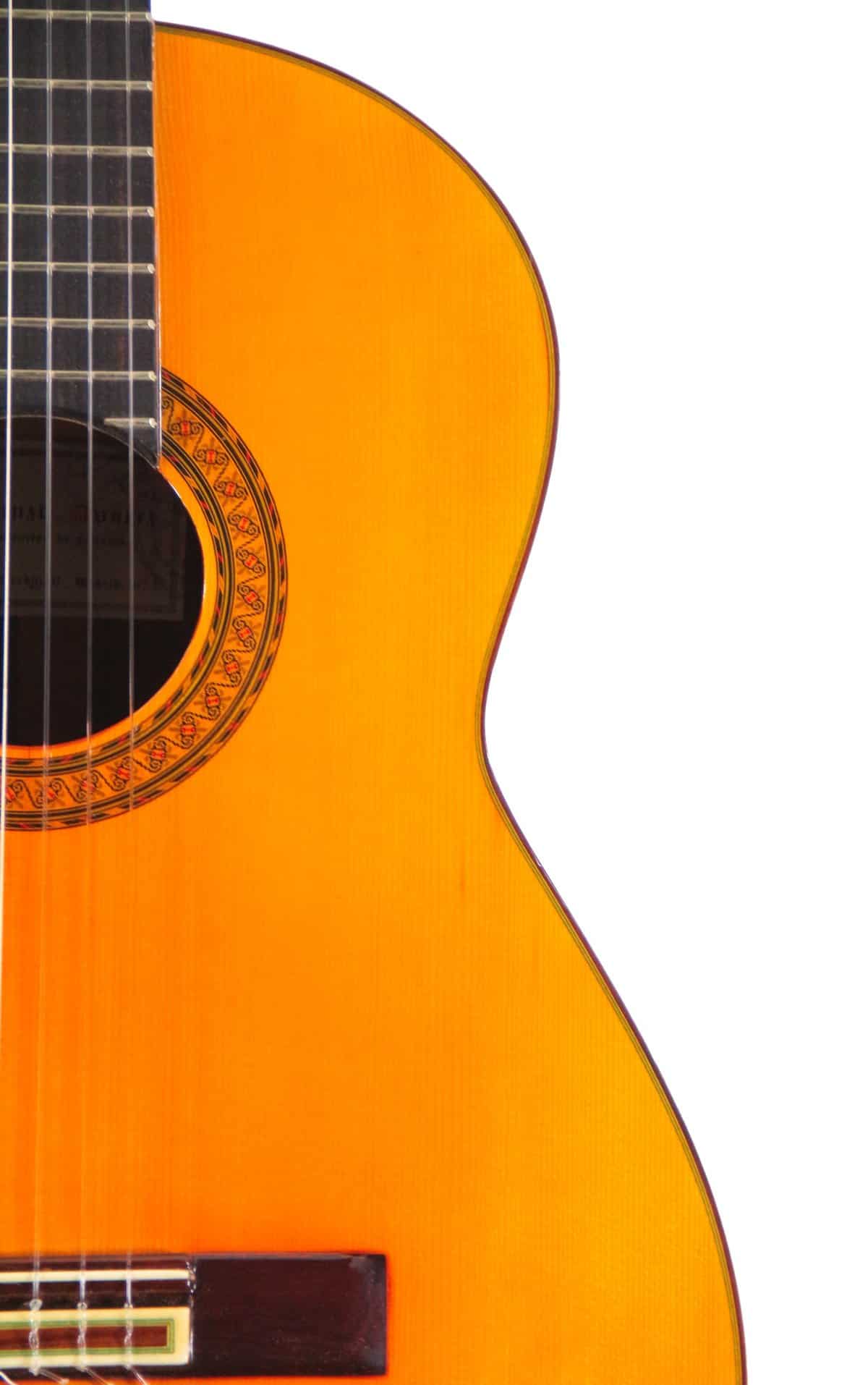 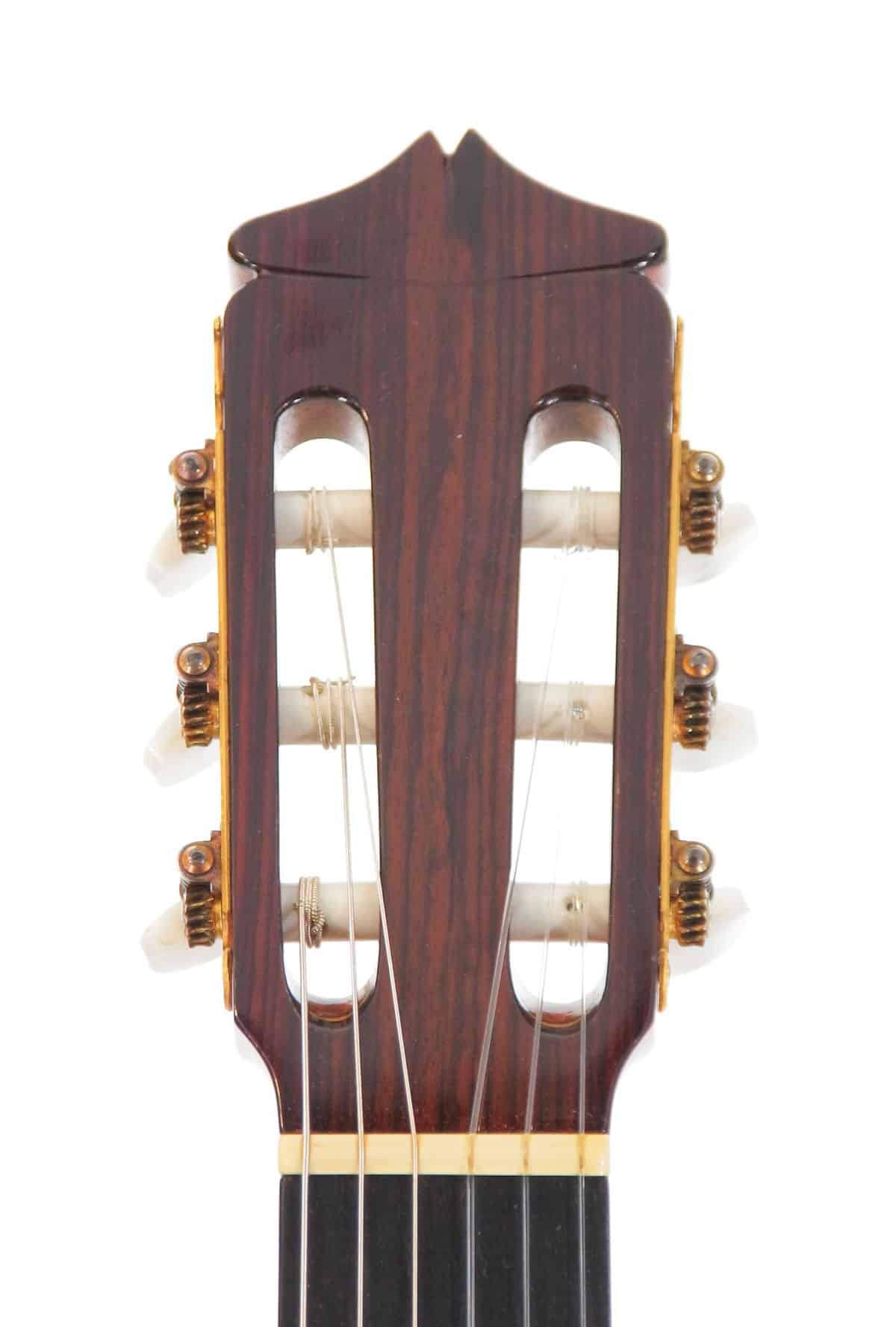 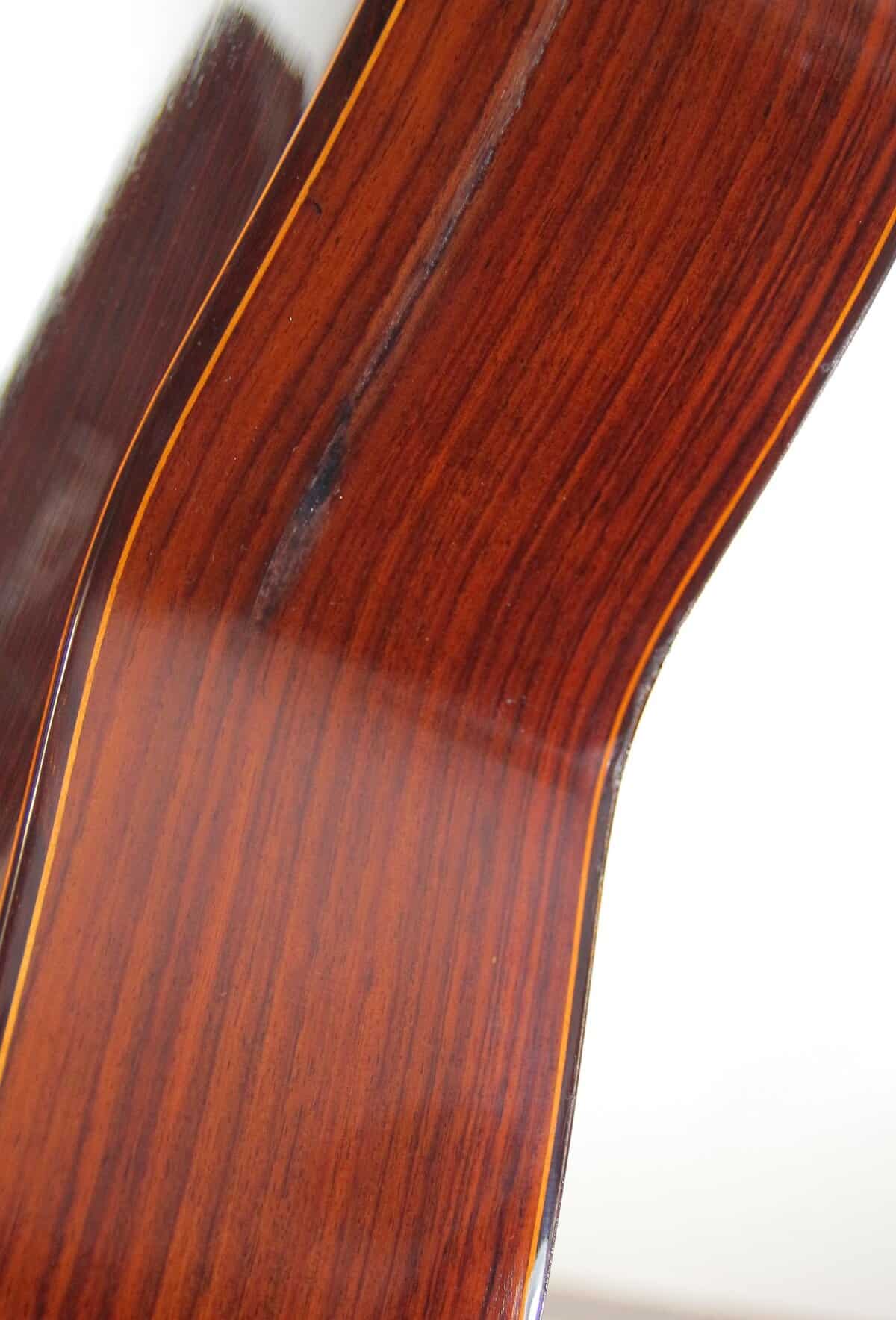 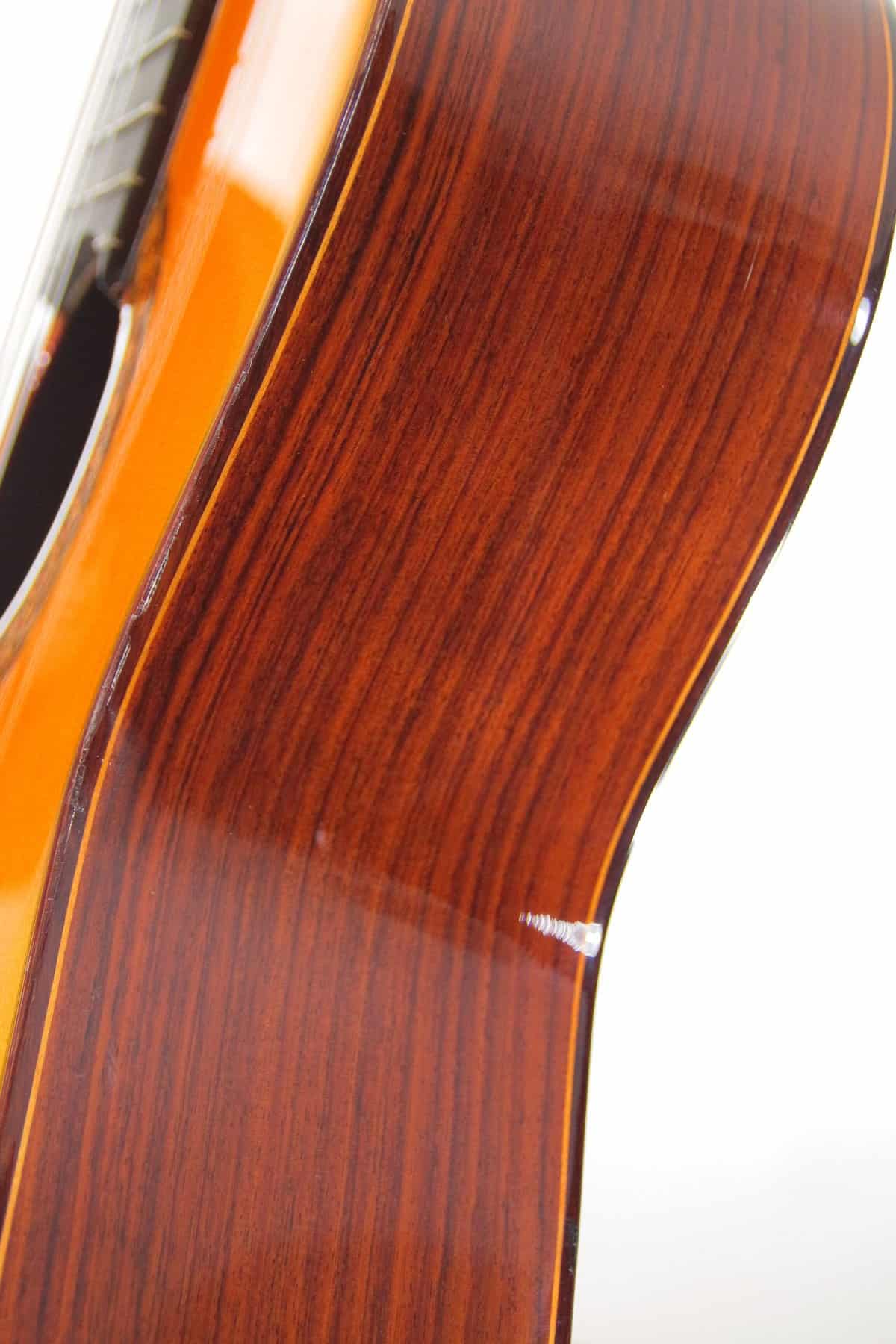 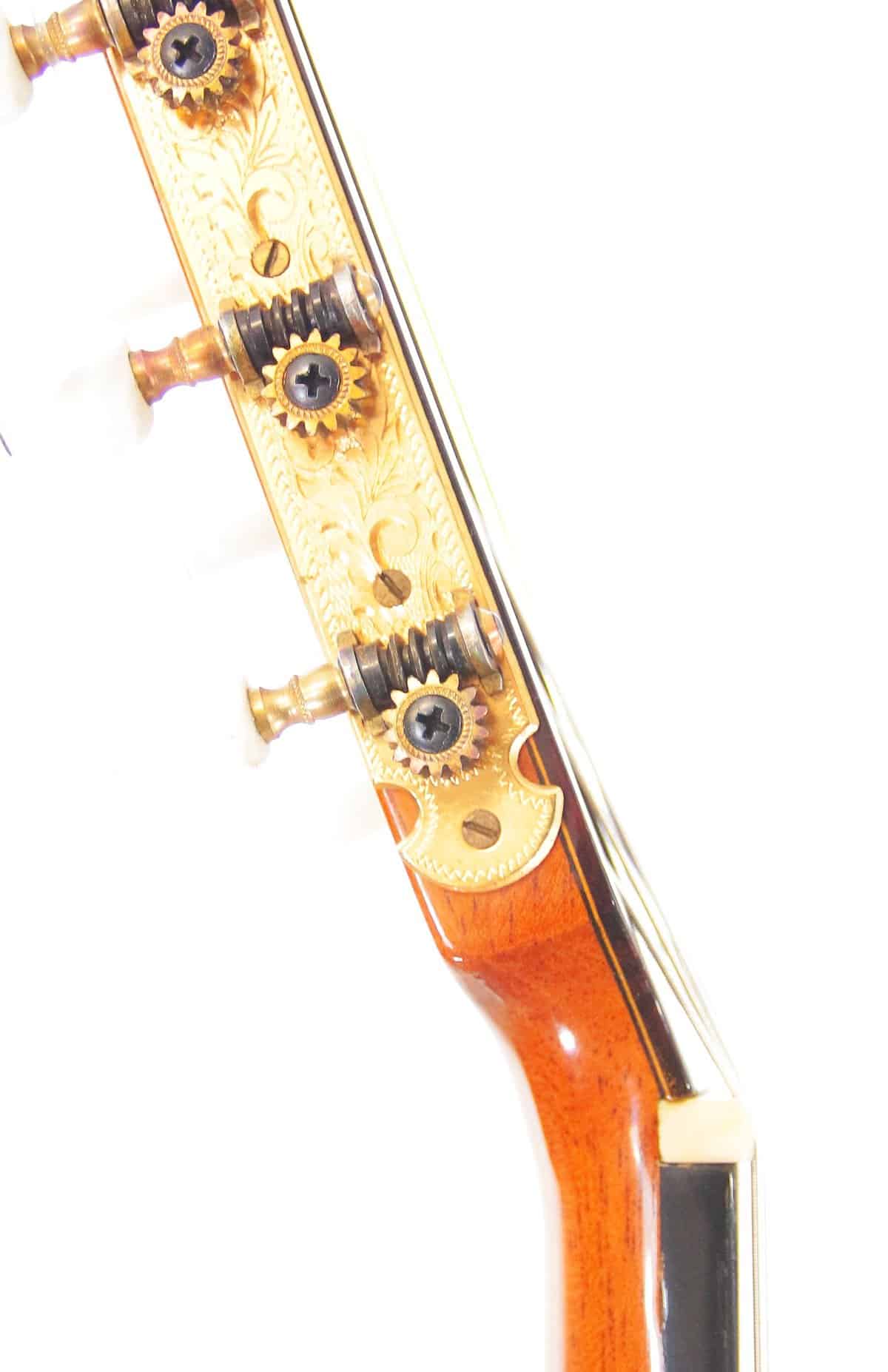 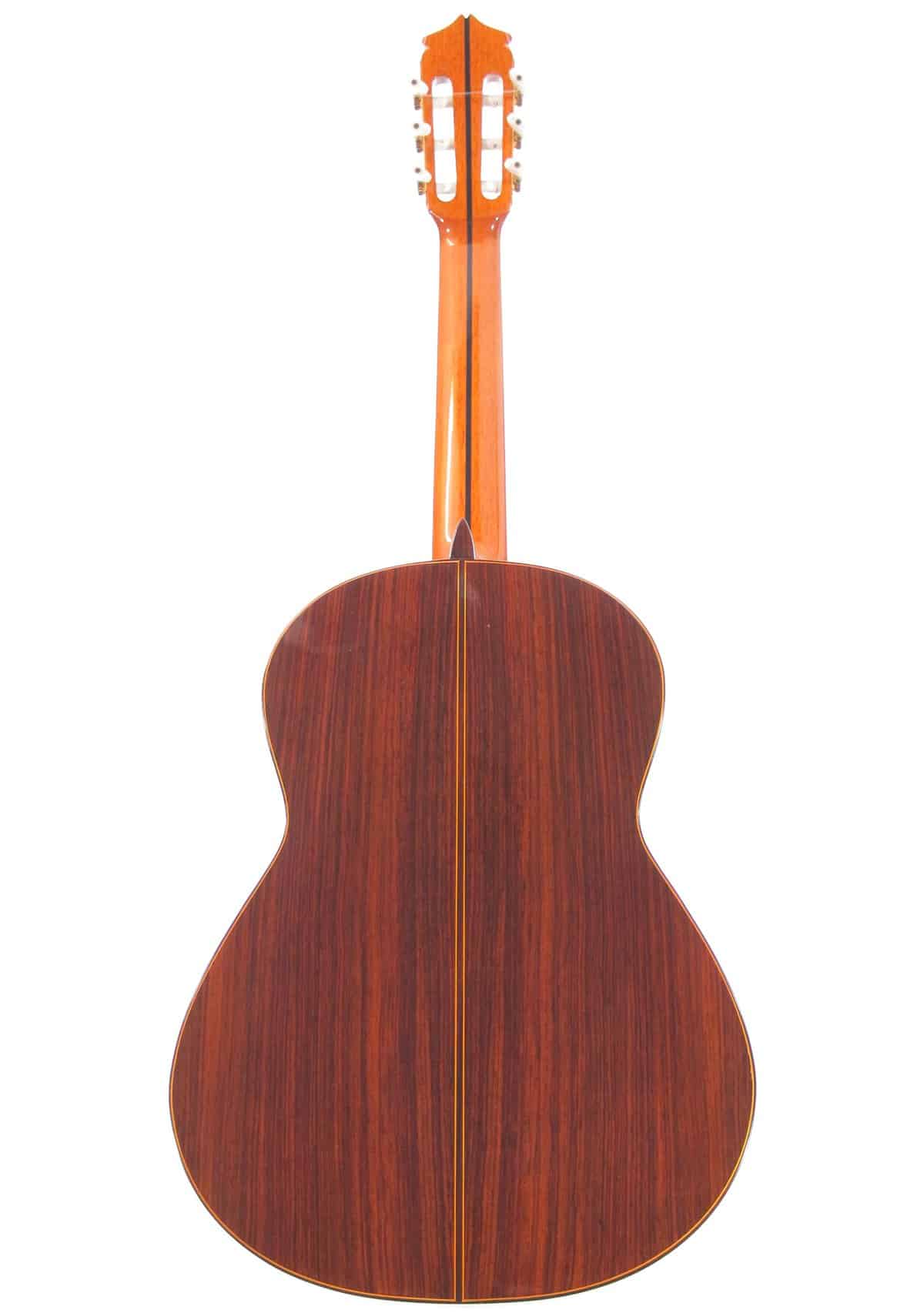 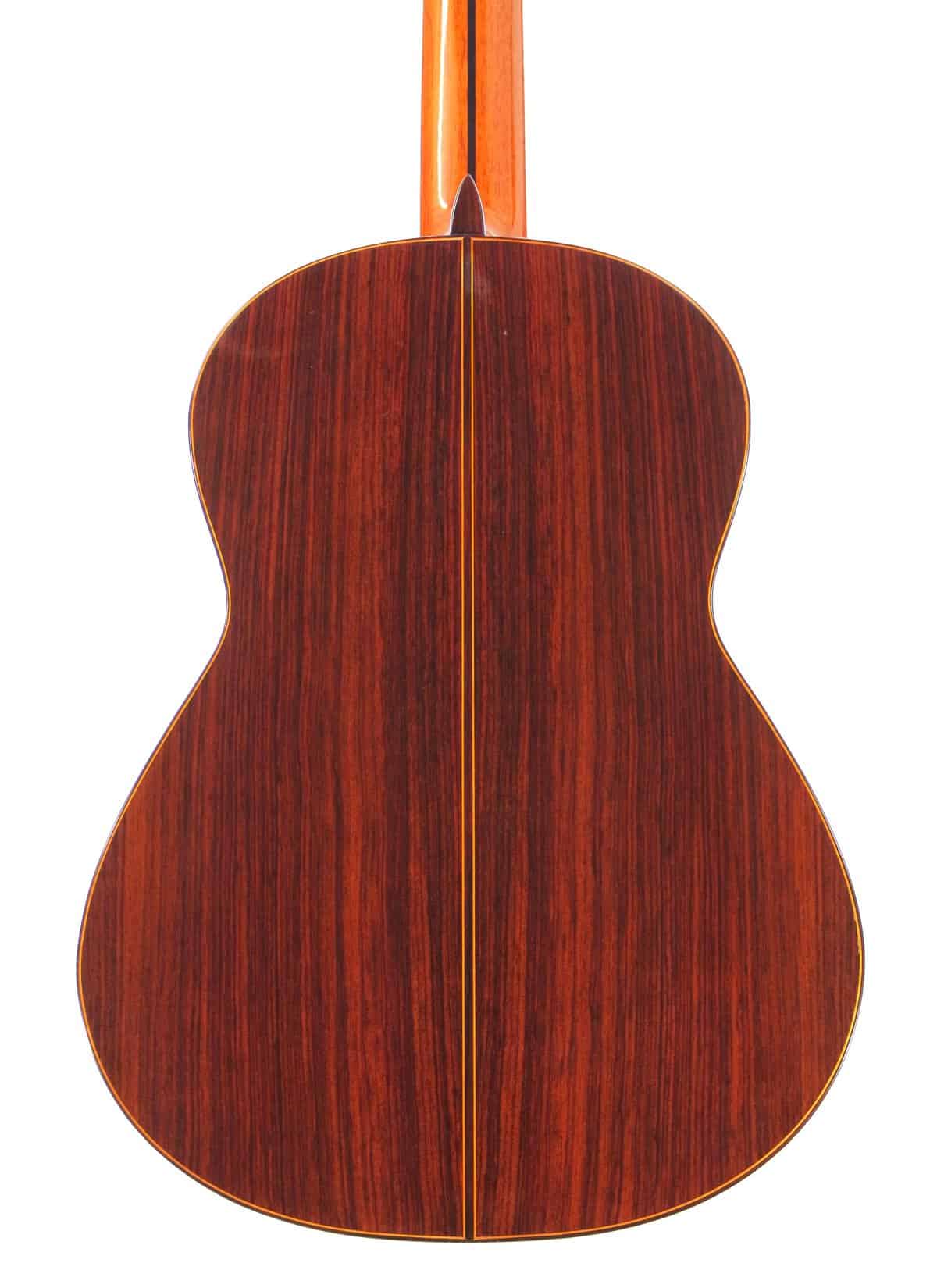 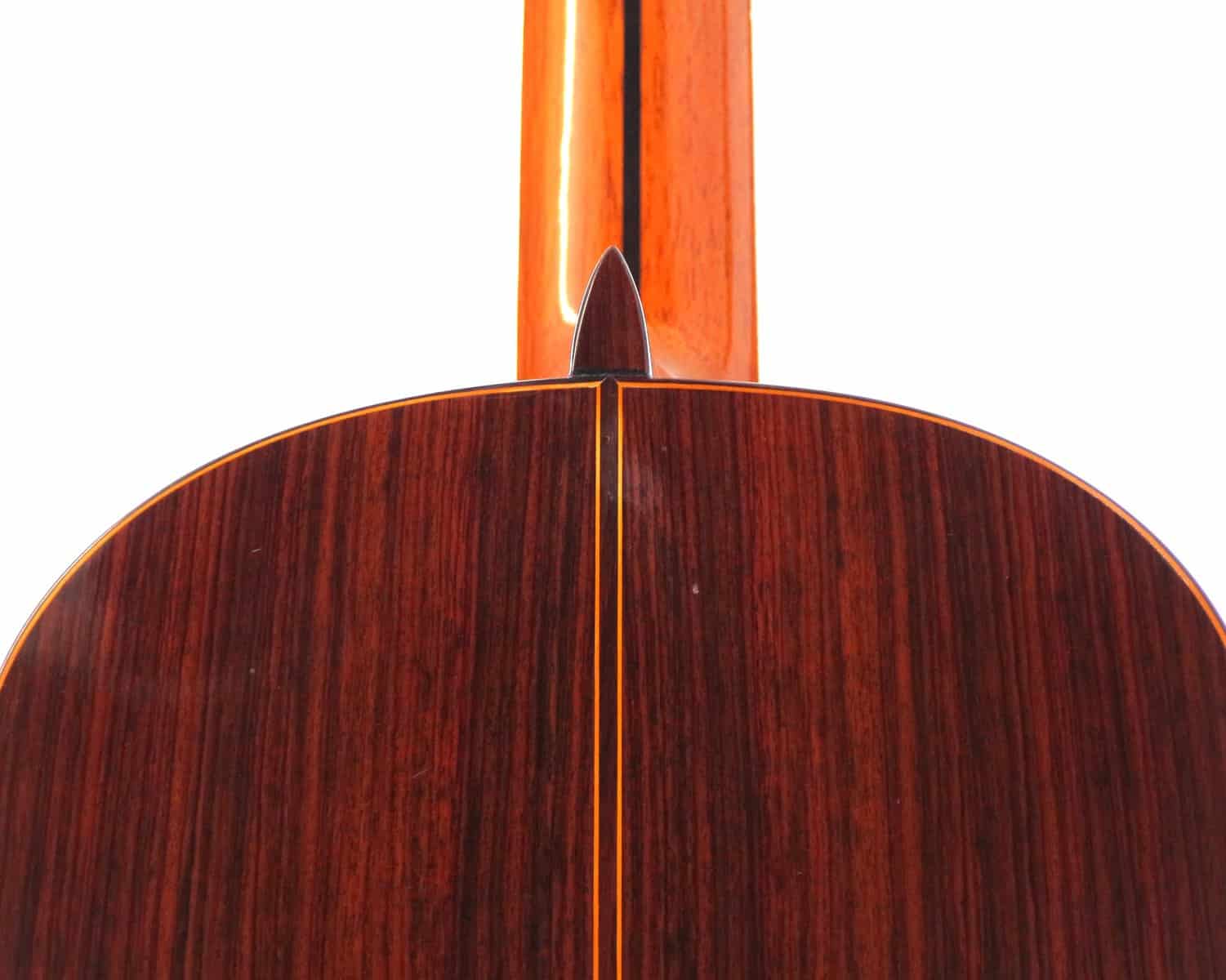 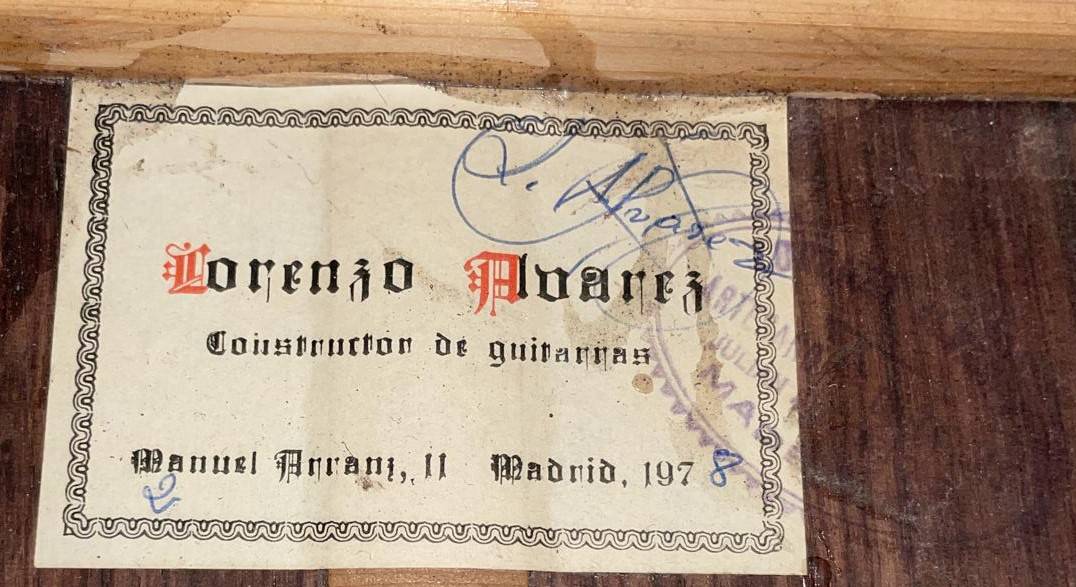 This guitar is very special as it is exactly in the same building style of Arcangel Fernandez’ guitars (Lorenzo and his brother Juan had a close relationship to Arcangel Fernandez) we had in our shop. They sound almost exactly the same.
Further it is very similar to Eric Claptons famous Alvarez guitar.

Lorenzo Alvarez is a guitar maker of the very highest level. He started building guitars in the 1940s together with his older brother Juan.
Later, the Alvarez brothers became friends with Marcelo Barbero (1904-1956), one of the great guitar makers of the last century. He became their mentor, providing them with advice and support, from which they benefited enormously. Together with Marcelo Barbero, they also had the opportunity to look into the world of the guitars of the great Santos Hernandez, because Marcelo Barbero worked for Santos Hernandez’s widow for some time after his death.

This beautiful guitar was built by Lorenzo Alvarez in 1978. It has a spruce top and rosewood back and sides. The scale length is 660 mm and the nut width is 52 mm.

The condition of the guitar is good. One repair on the side has been done perfectly.