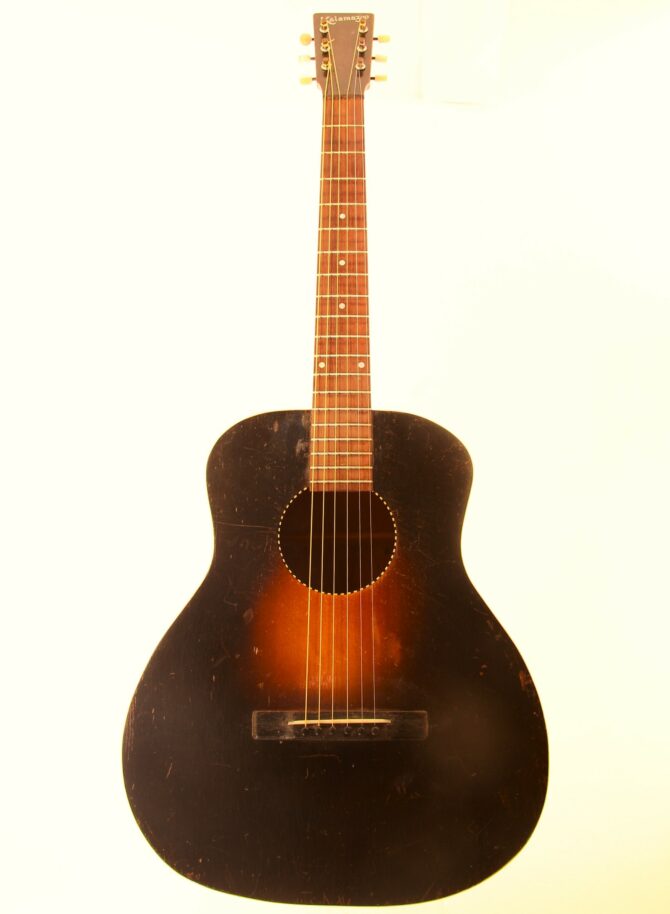 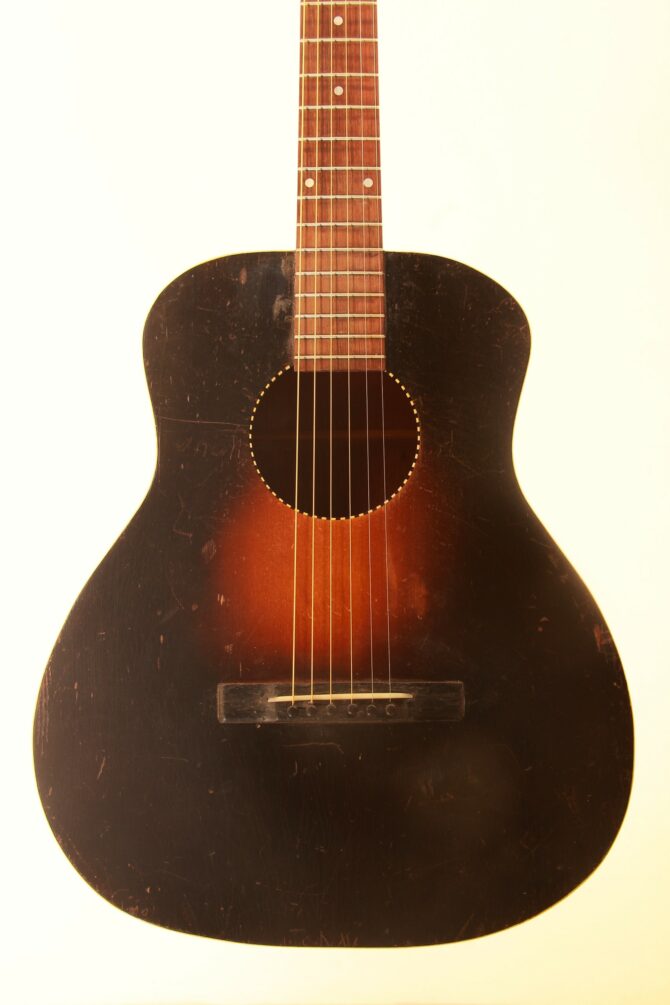 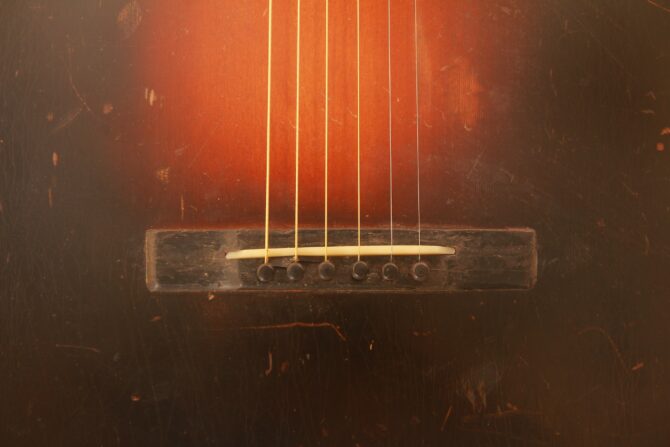 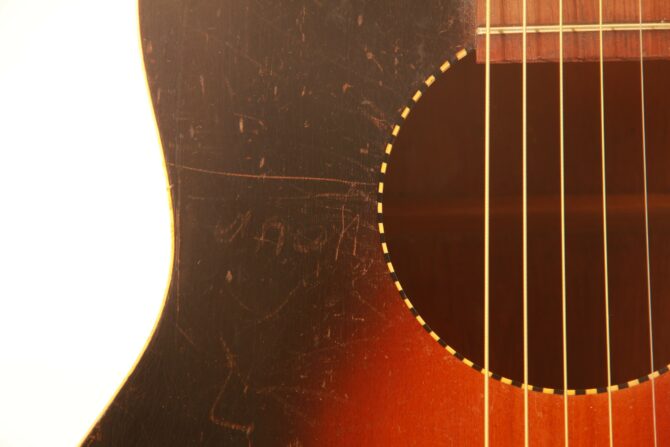 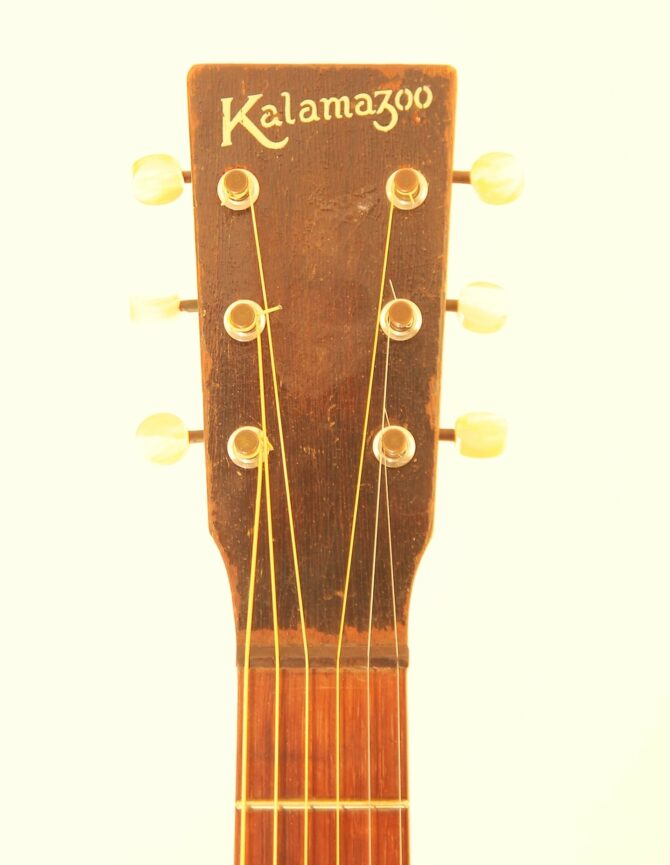 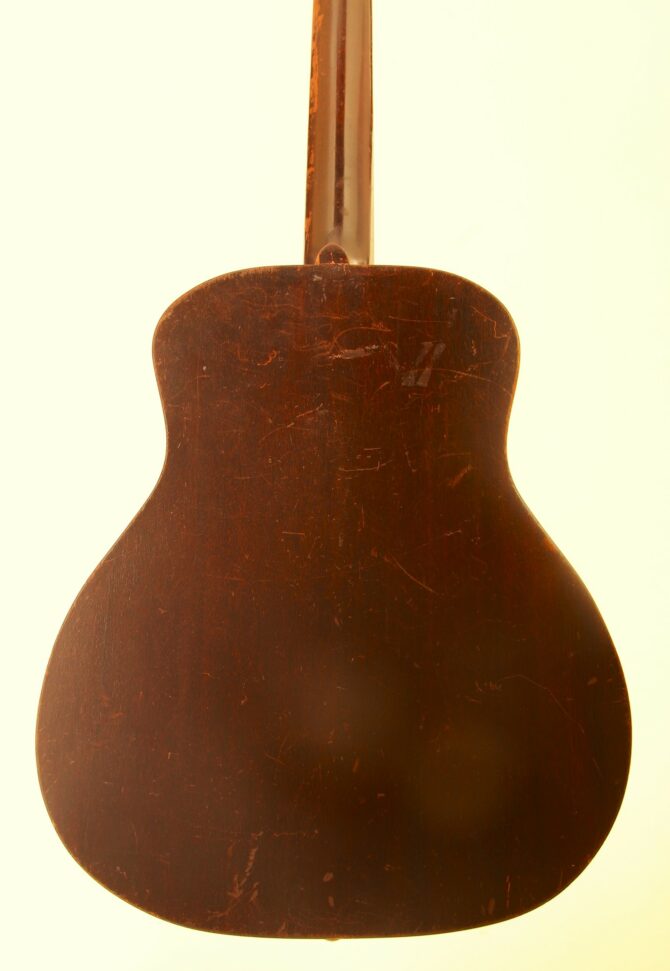 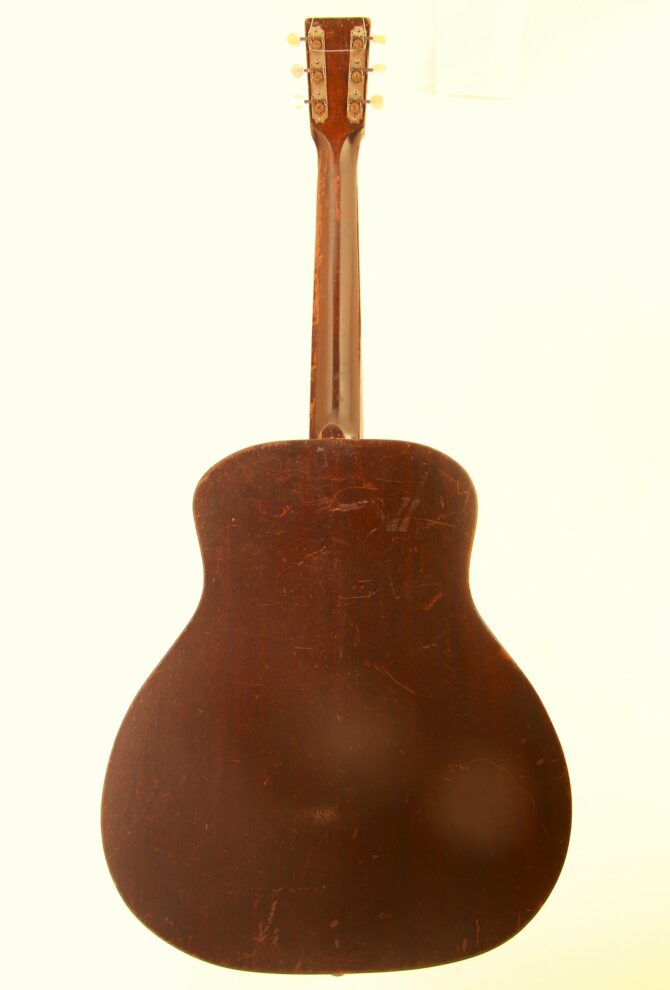 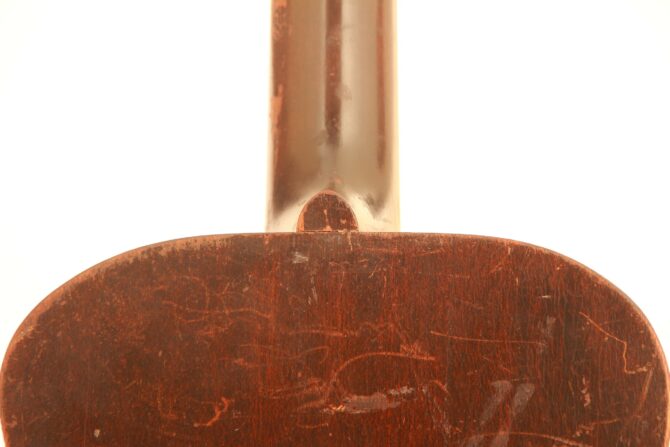 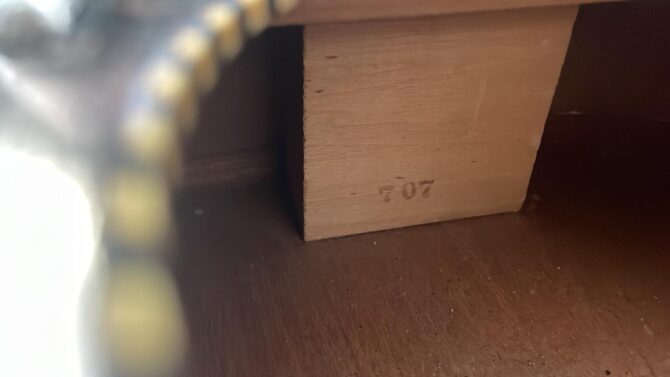 Super nice Kalamazoo KG-11 from the Gibson Factory – real Gibson sound for a fracture of the price!

This Kalamazoo KG-11 guitar is in good condition for its age. Some cracks have been repaired and the neck has been reset. It has the cool and rare black burst finish. It plays very nice with a straight neck and a low action.
The tuner knobs have been exchanged.