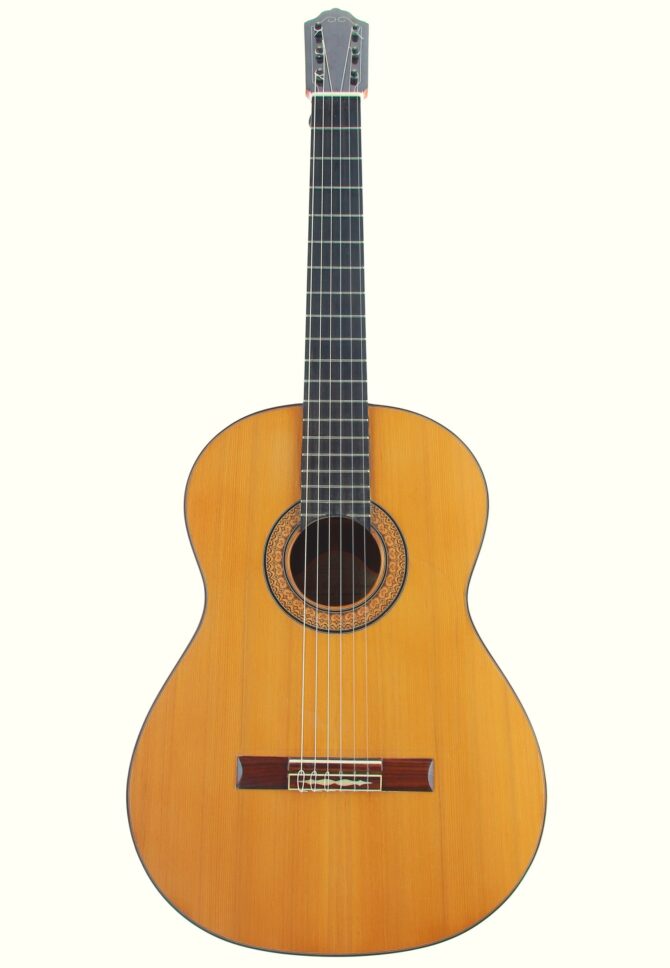 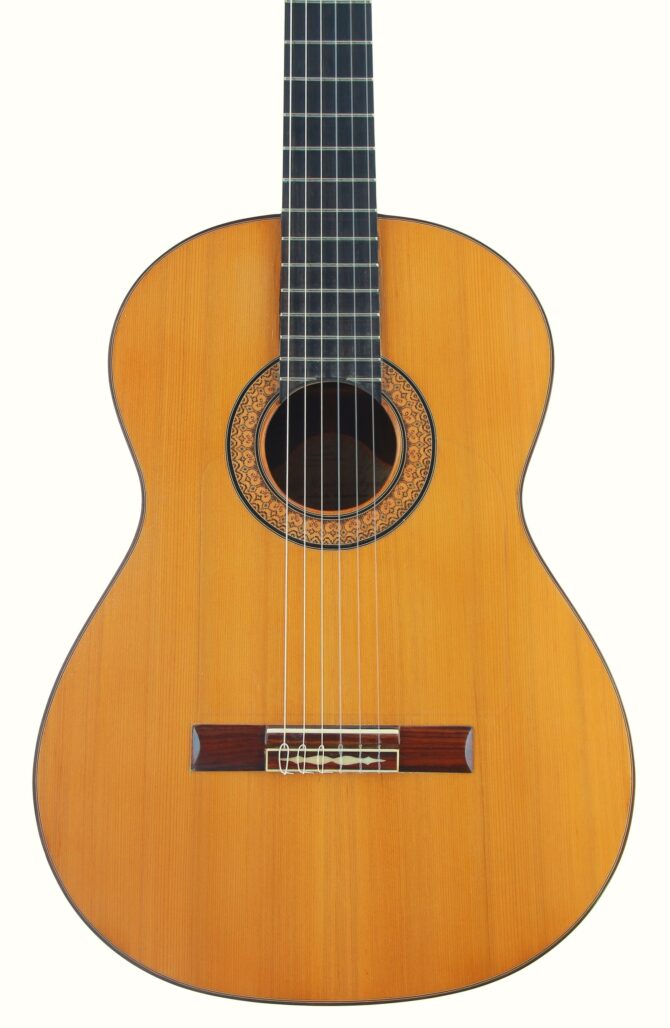 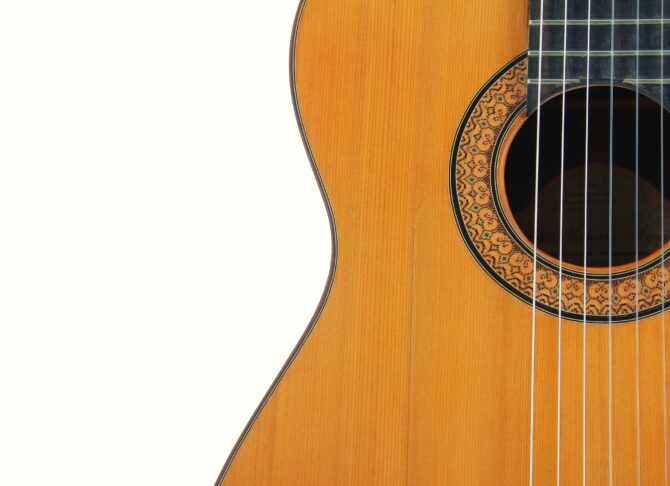 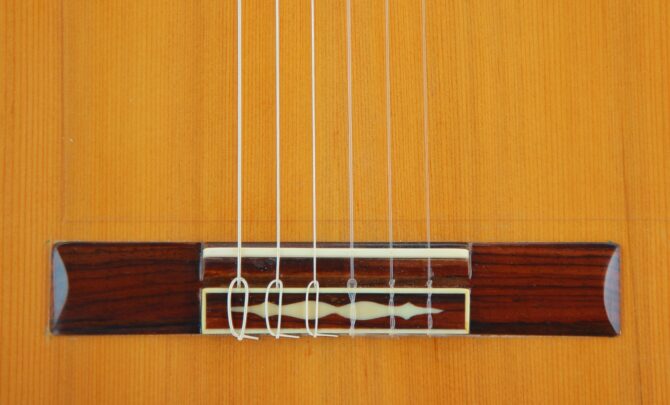 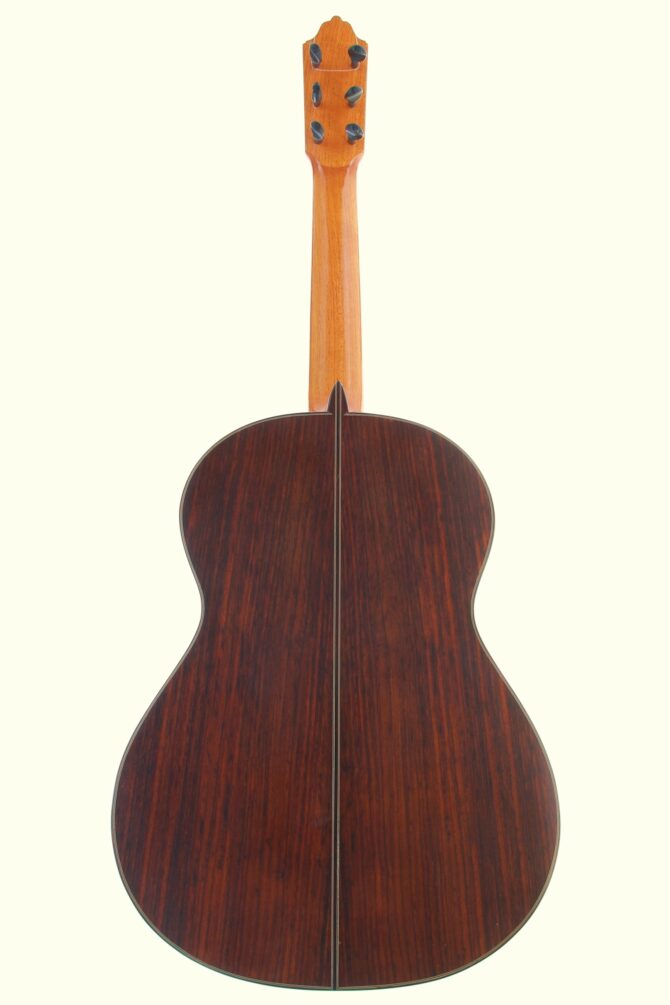 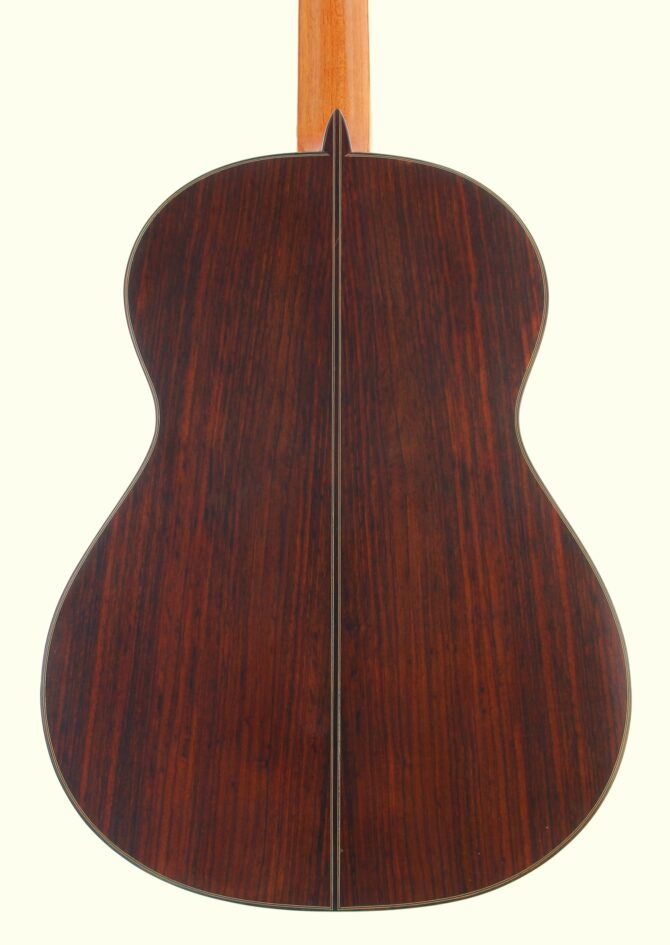 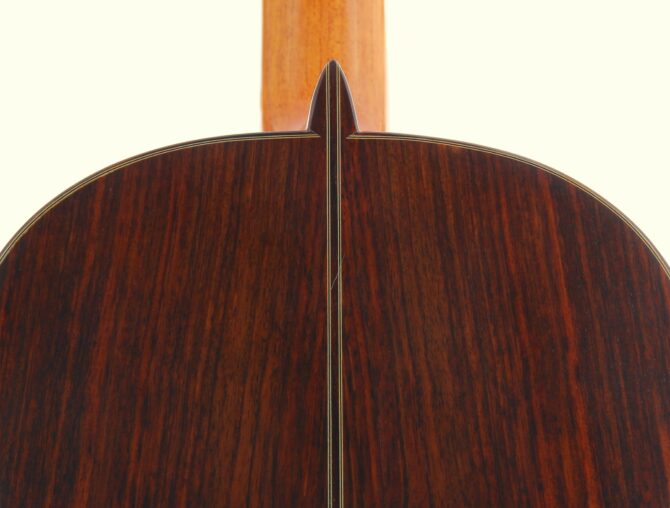 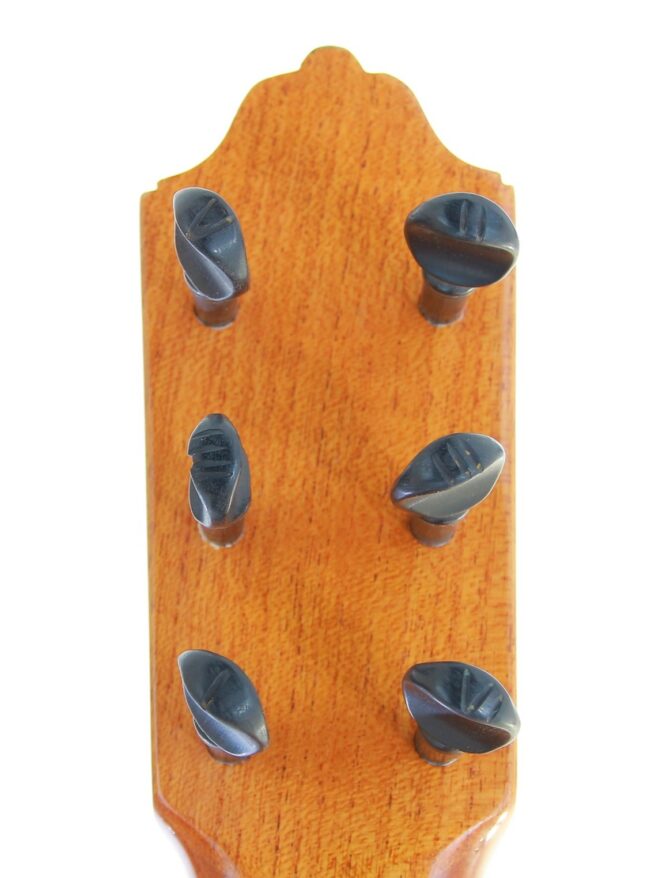 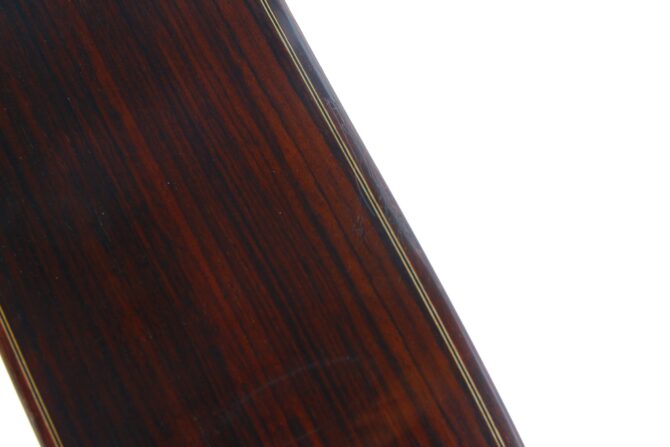 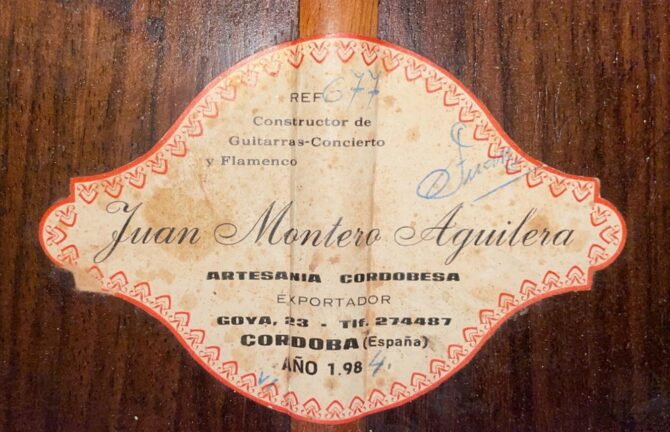 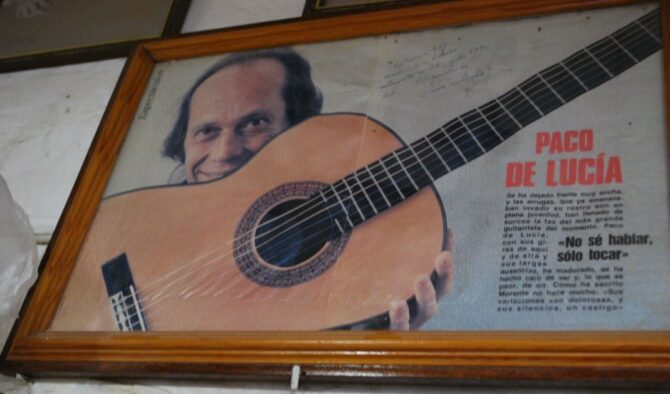 A spectacular guitar … Juan Montero Aguilera 1984 – almost the same guitar was played by the young Paco de Lucia back then!

Juan Montero Aguilera is one of the famous Spanish guitar makers whose guitars are played by many professional guitarists:

His guitars not only have the workmanship and beauty you would expect from a quality handmade instrument, but they also have a rich, deep and balanced sound.
This one is no exception … it has a wonderful and sweet tone with tremendous power. The trebles are clear and focused. The basses are firm. The balance between treble and bass is excellent. It is a very flexible guitar – loud and growling when played hard, but it also sings with the sweetest melodies when played softly.
A true high-end guitar – with all the qualities you would expect from a great, masterfully built guitar.

This guitar has a cedar top and rosewood back and sides. The scale length is 664 mm and the nut width is 52 mm. It is in good condition – almost no signs of play or use are visible, but 2 small repairs have been professionally done.