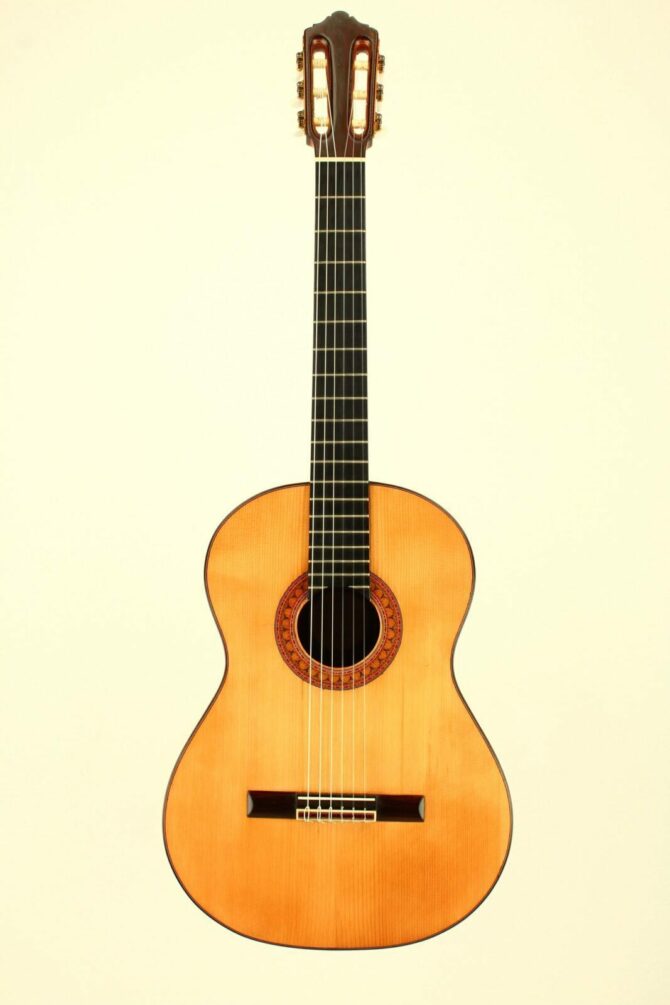 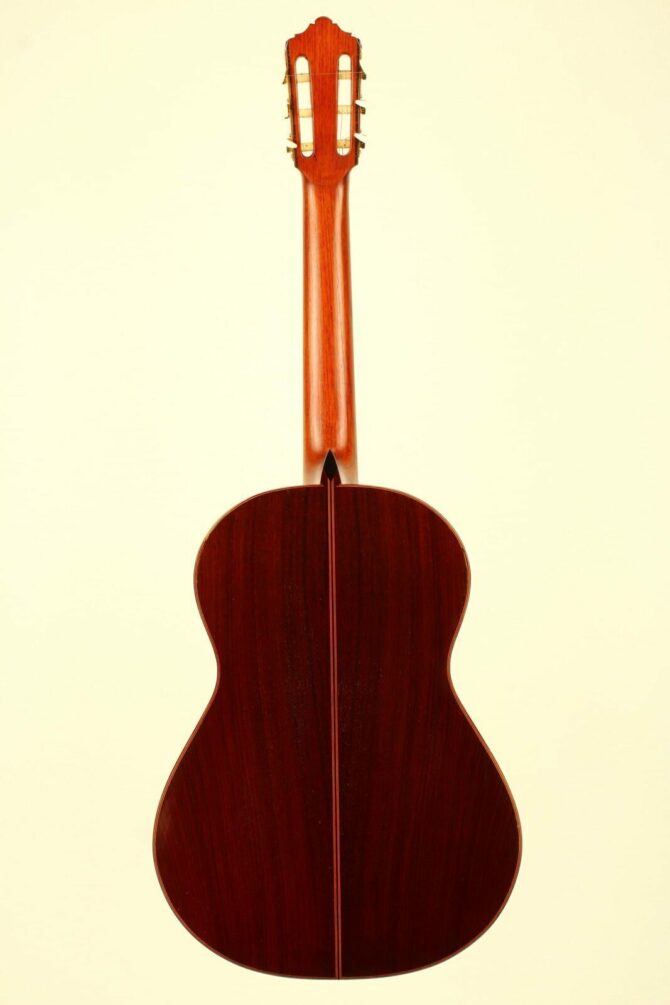 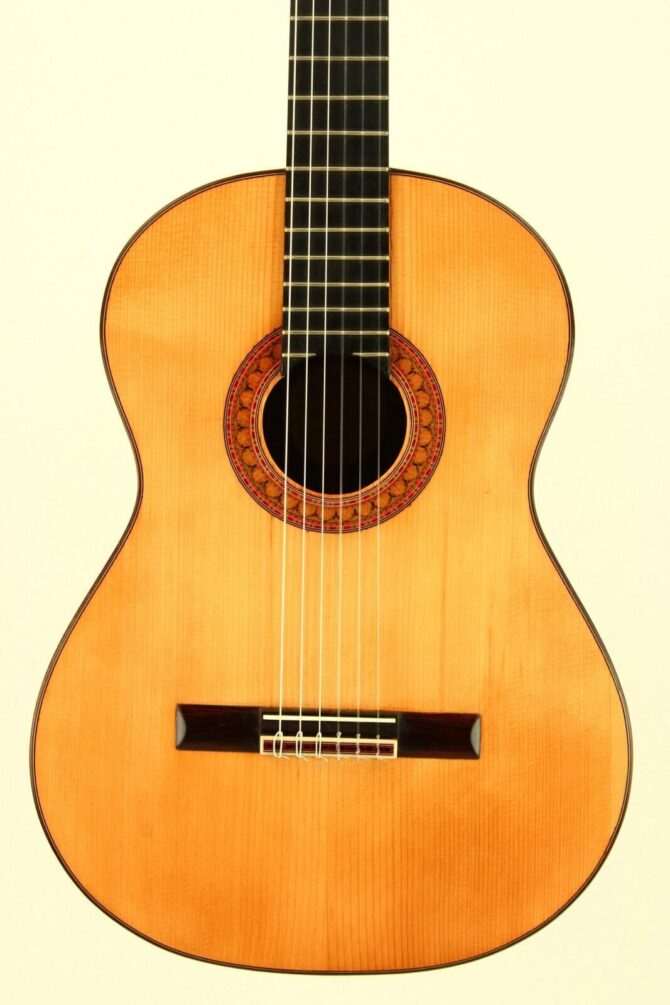 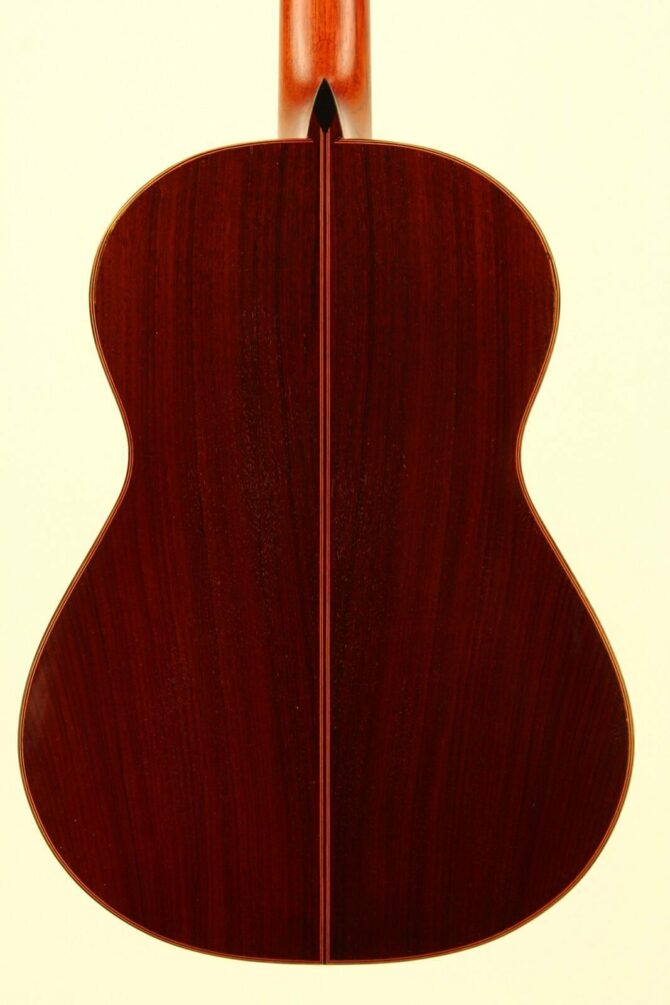 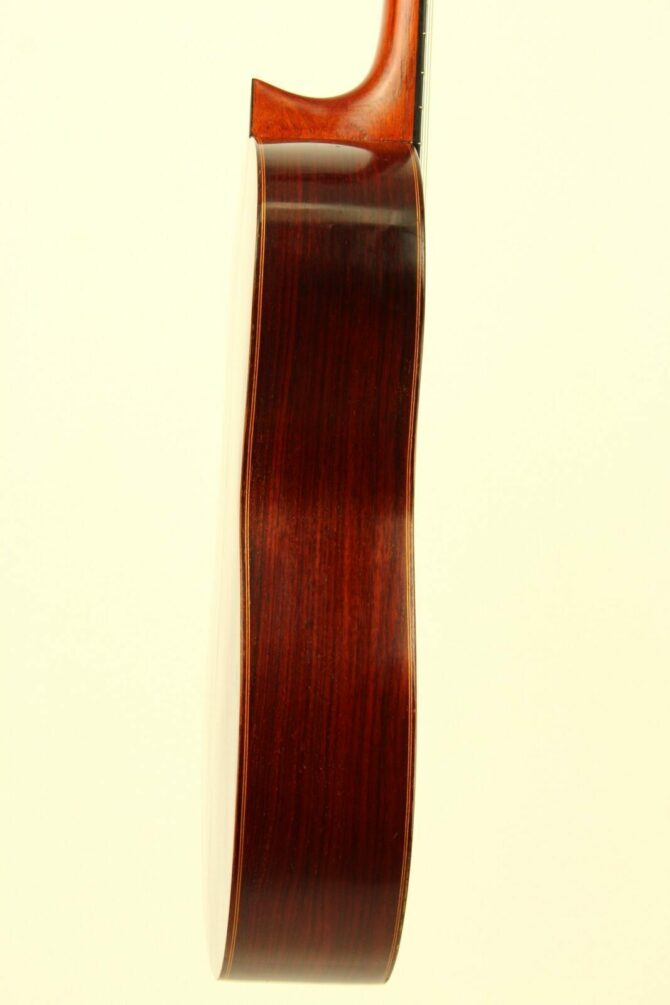 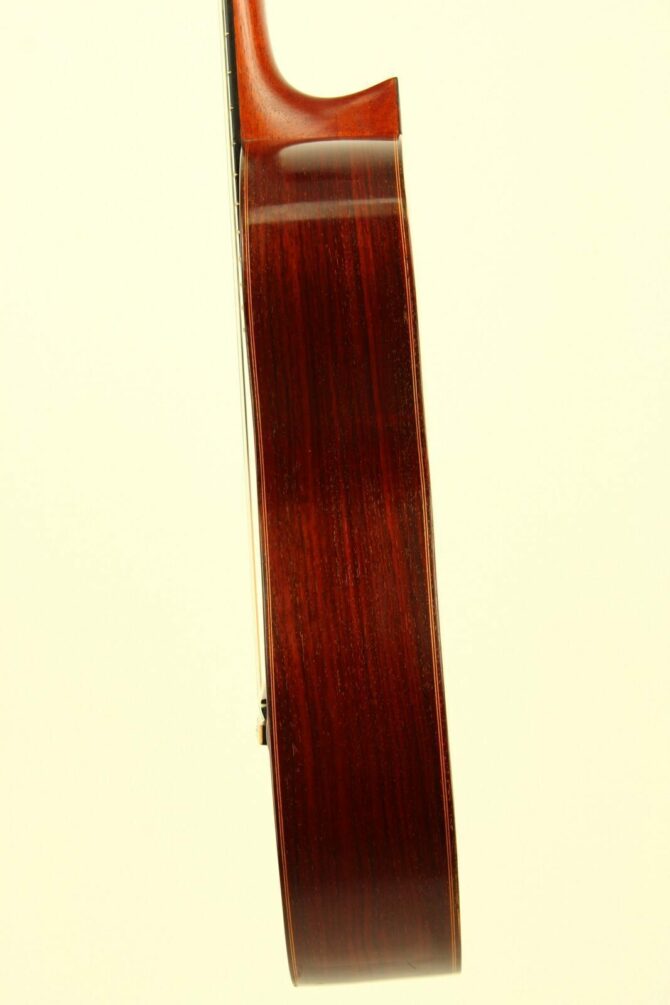 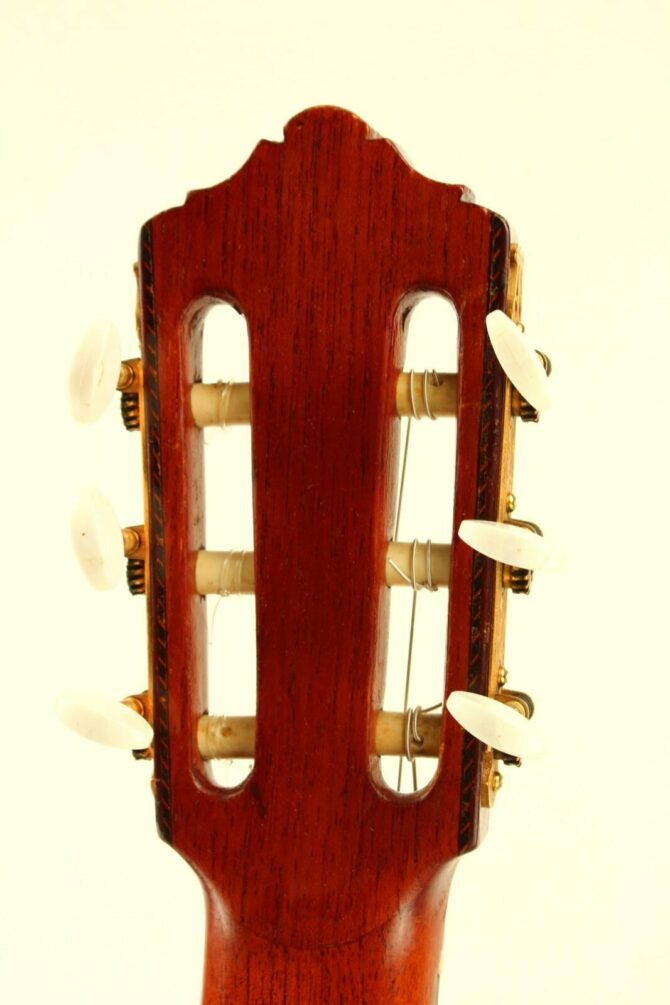 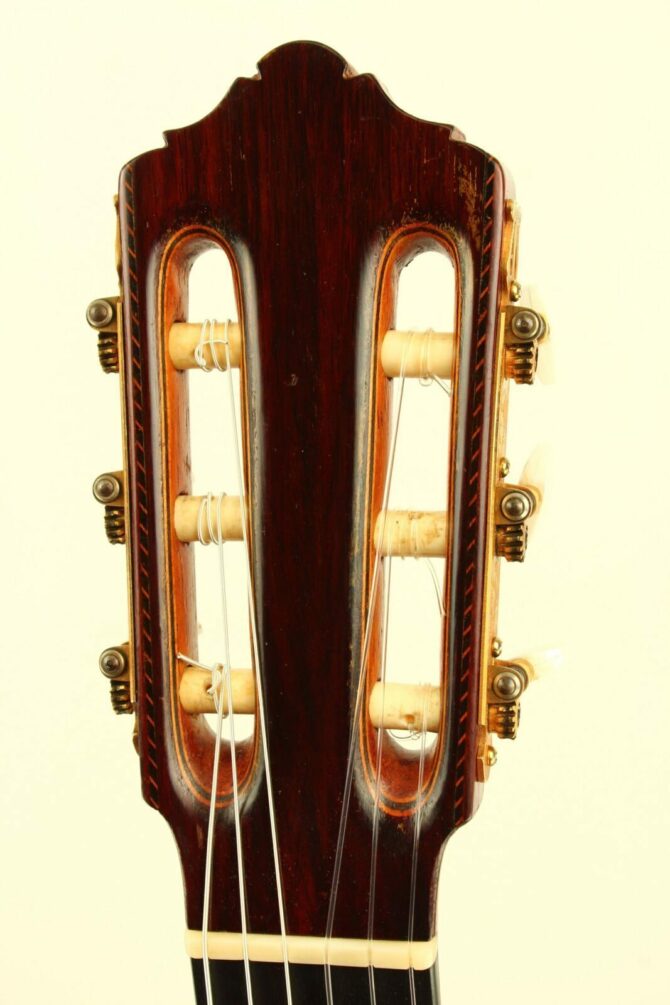 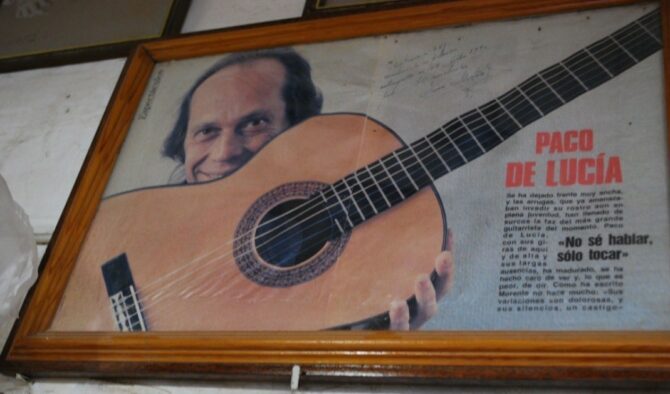 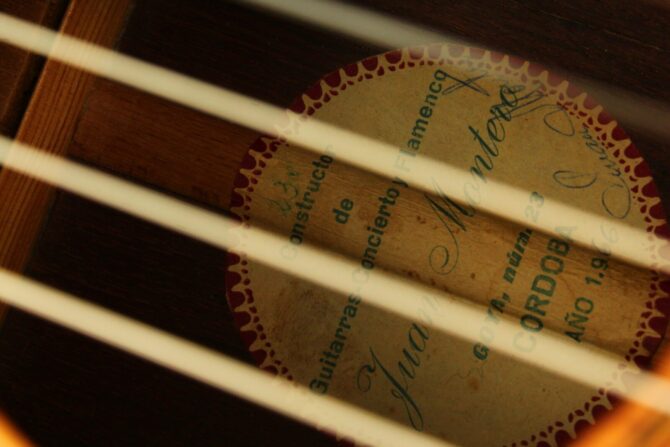 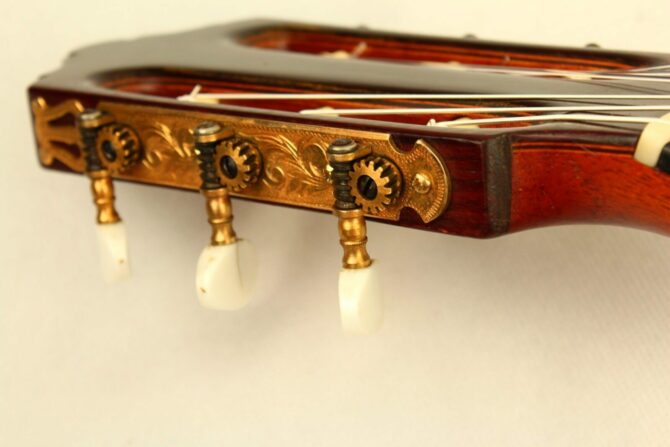 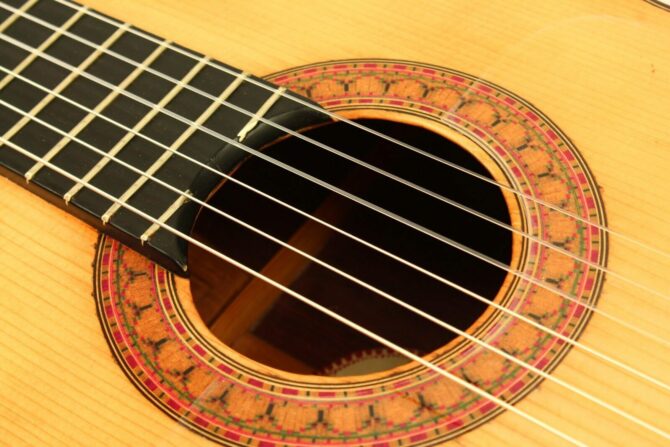 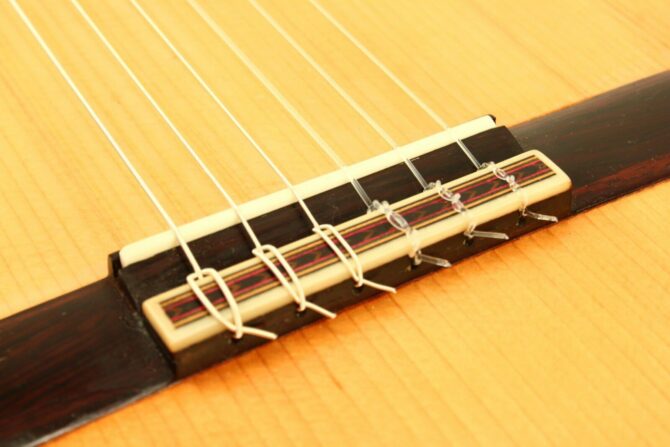 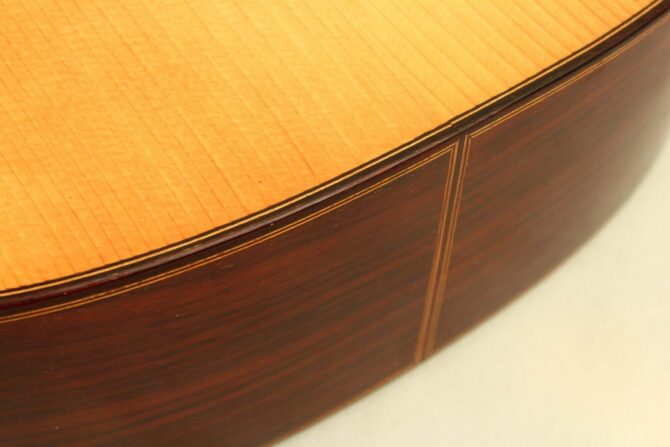 A spectacular guitar … Juan Montero Aguilera 1966 – nearly the same guitar has been played by the young Paco de Lucia back then in the 60’s!

Juan Montero Aguilera is one of the few famous Spanish guitar builders, whos guitars are played by many professional guitarists:

His flamenco and classical guitars not only have the workmanship and beauty one expects in a quality handmade instrument, but they also have a richness, depth, and balance of sound.

This fine guitar has a lyrical, singing quality to it yet at the same time can bite if pushed. It is very light in weight and has piercing volume.
A nice “woody” tone with a great old world vintage touch, capable of retaining clarity and punch even when driven to the extreme limits of speed – whether in picado, tremolo or rasguedo techniques – this guitars can hold up and deliver a reliable and consistent quality of tone.

It has a spruce top and rosewood back and sides. The scale length is 655 mm and the nut width 52 mm. It has been professionally restored and the frensh polish expertly refreshed.

A suitable guitar case is included.