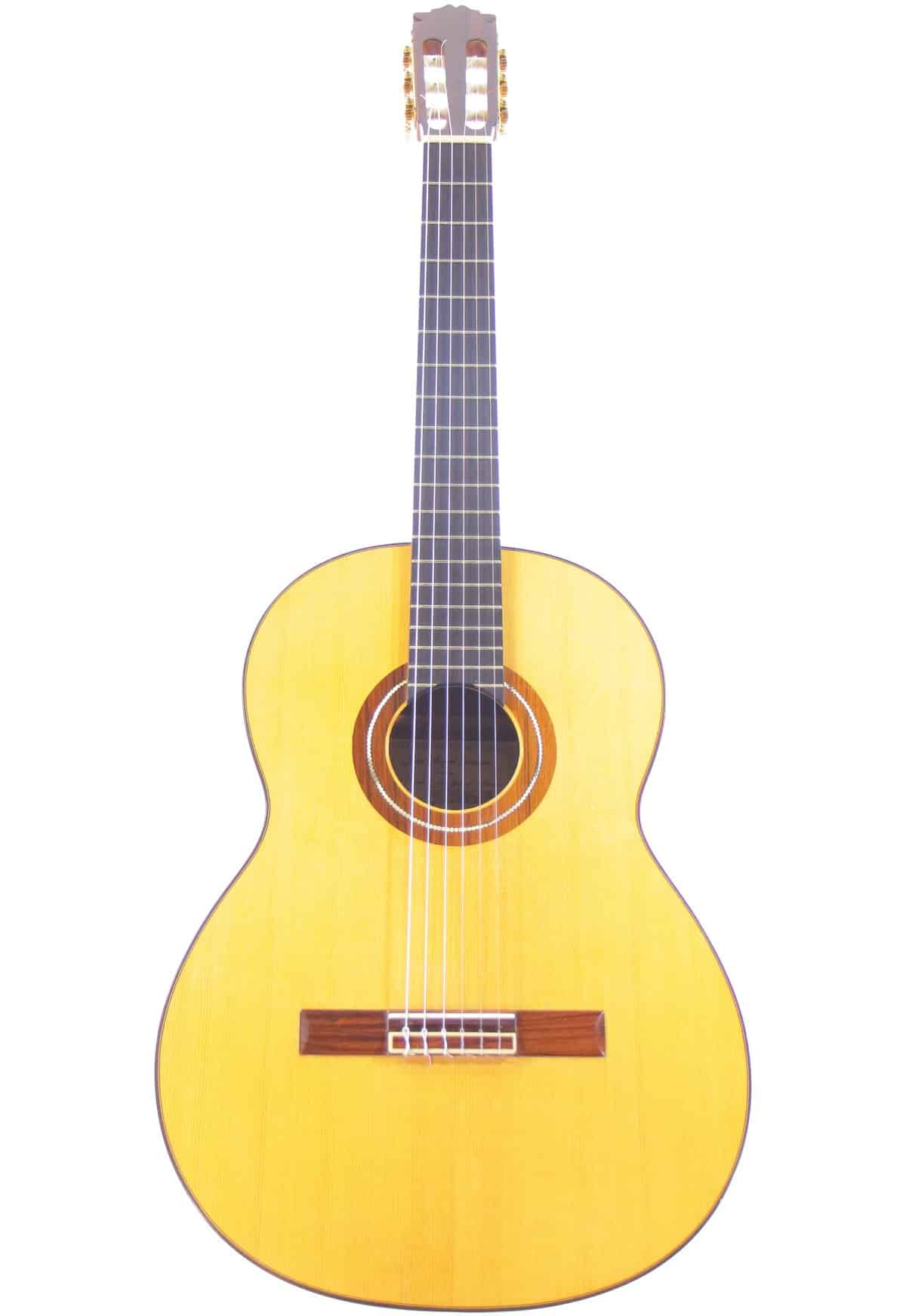 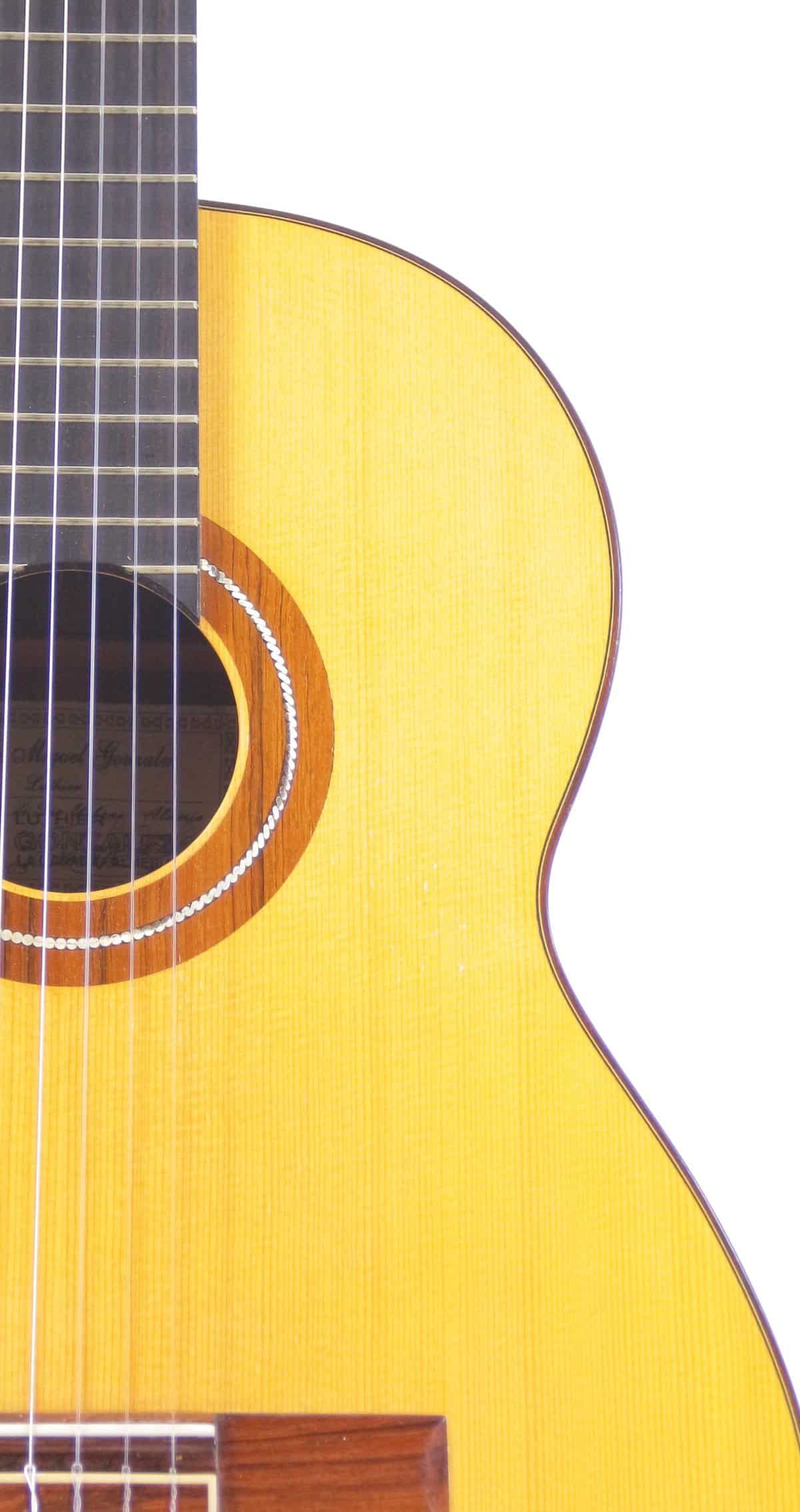 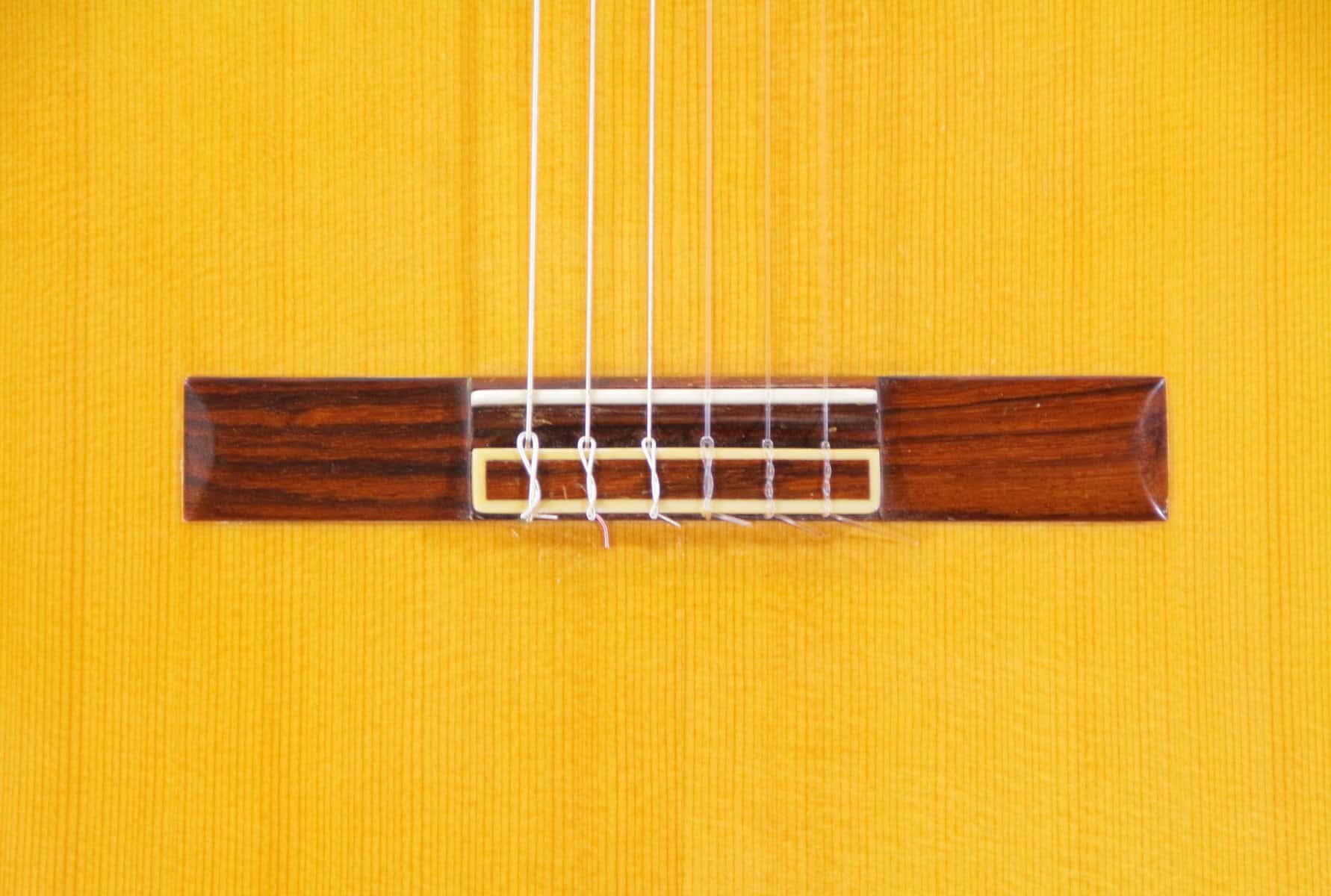 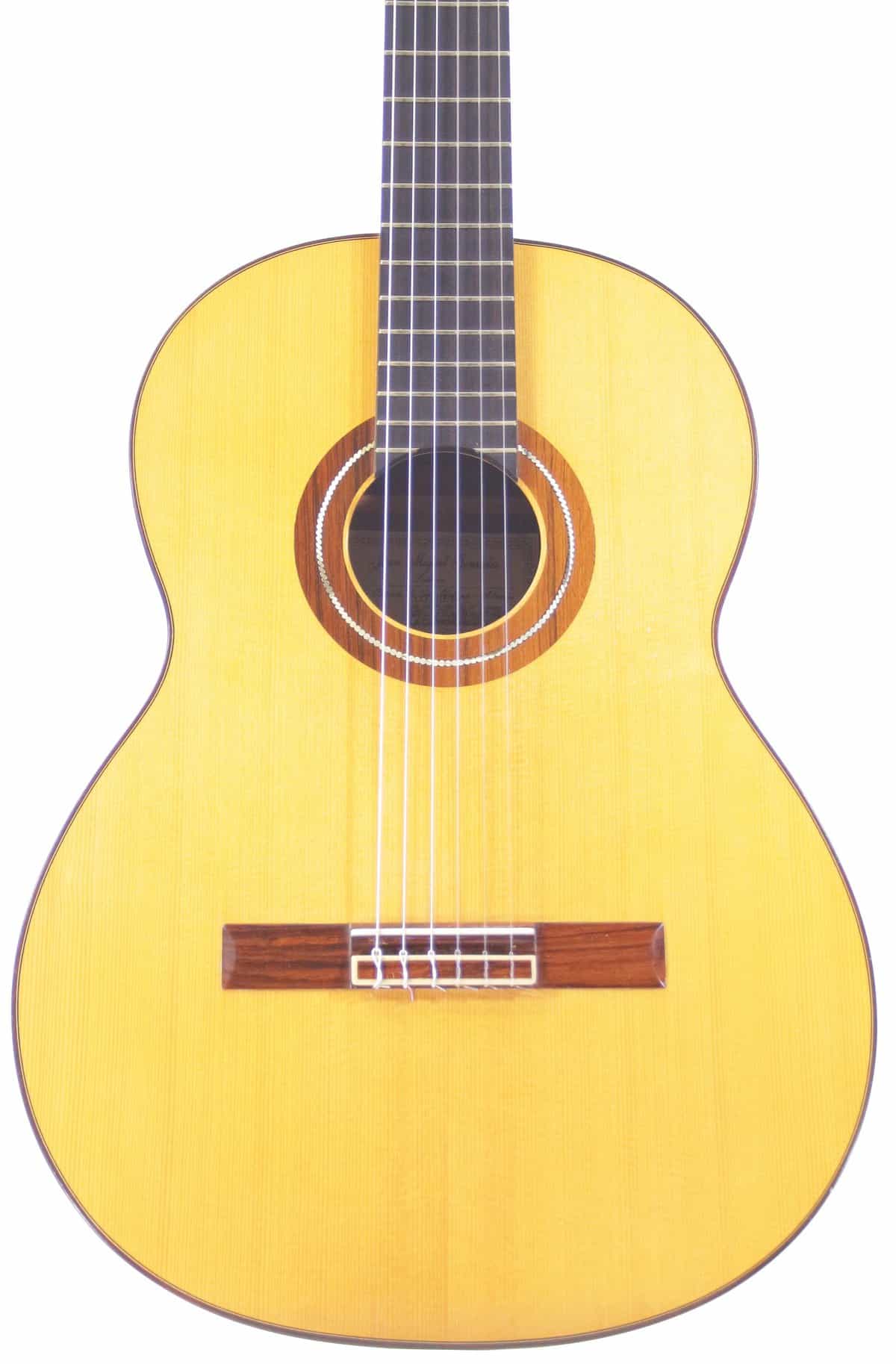 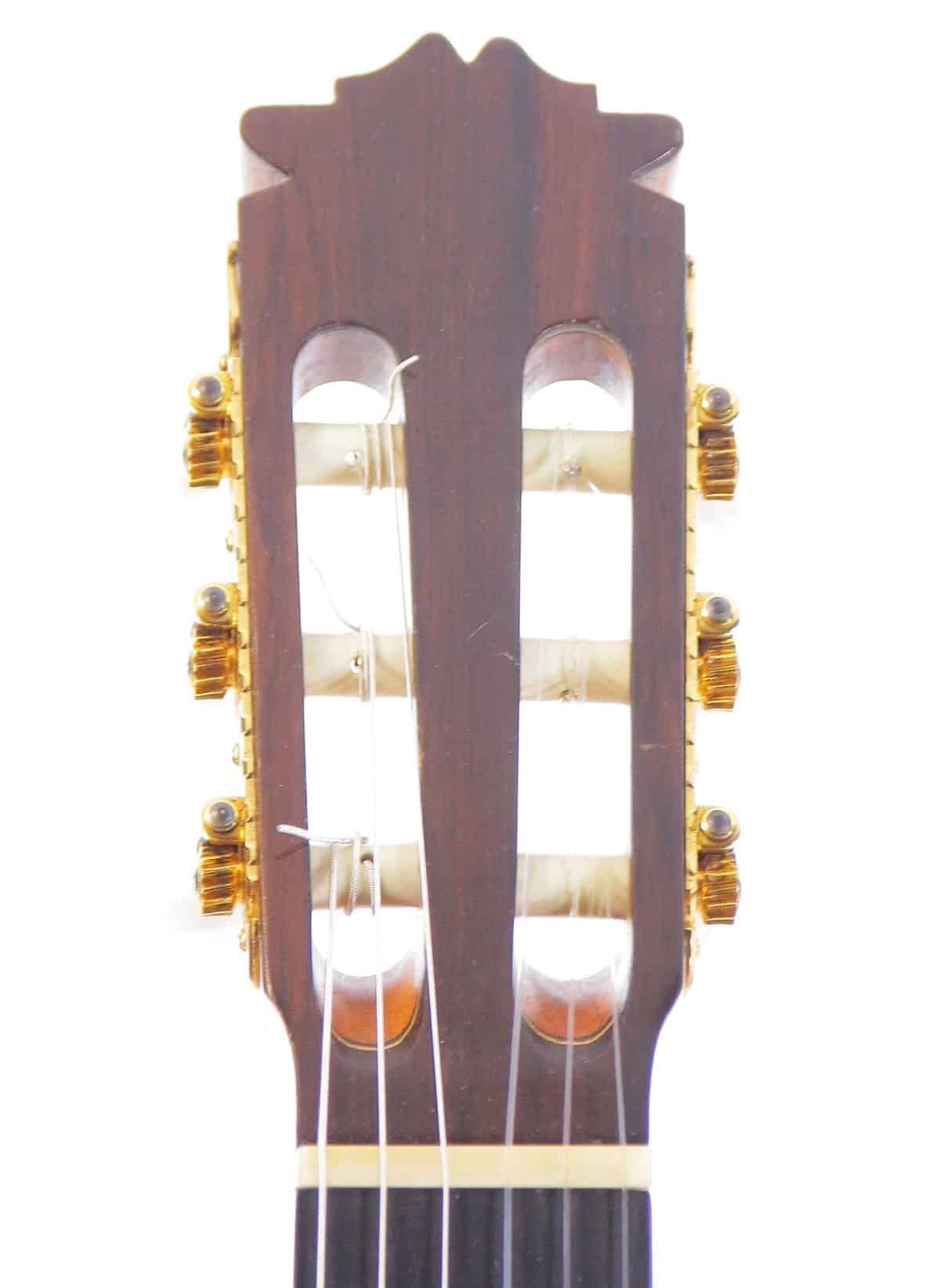 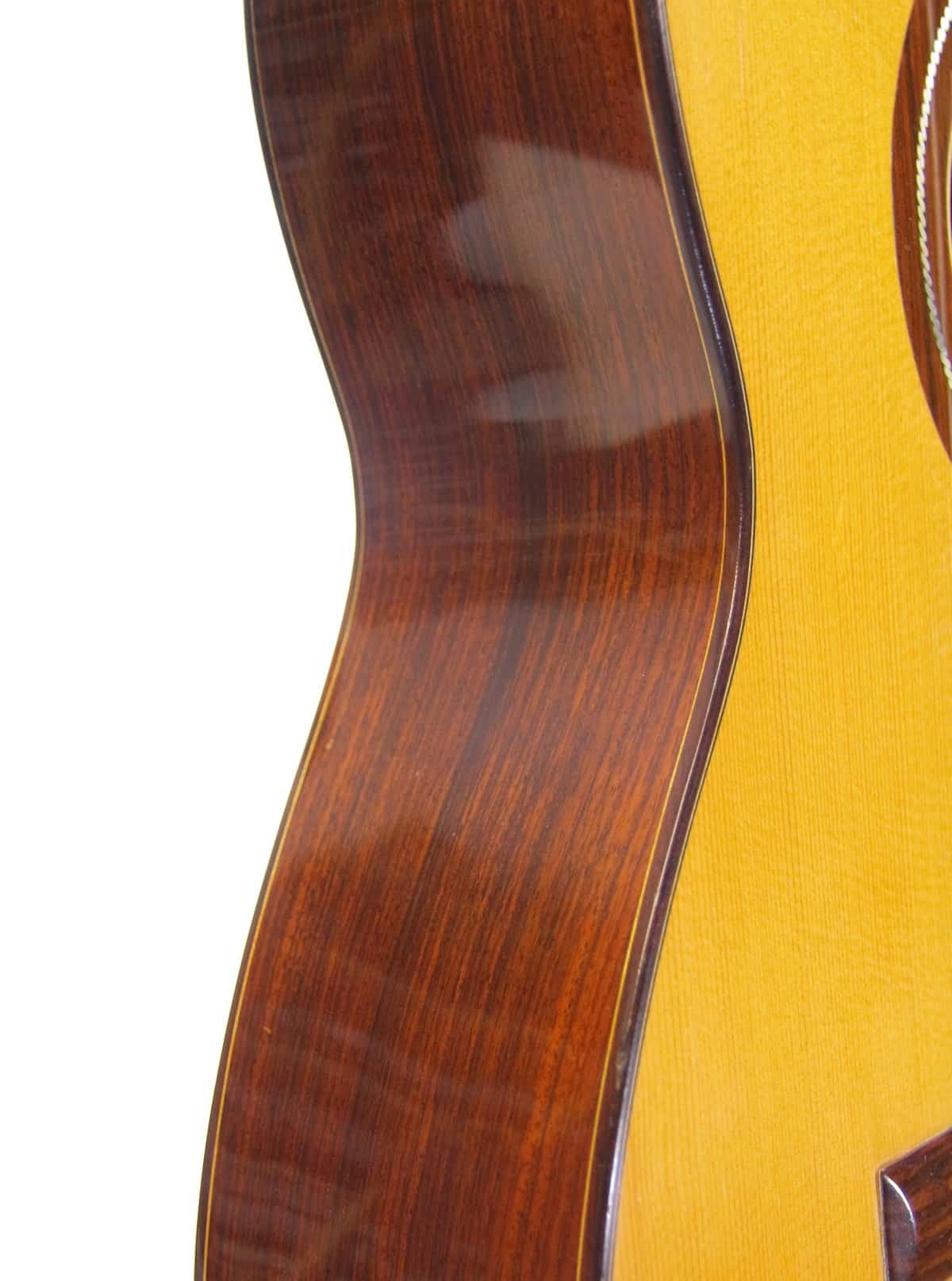 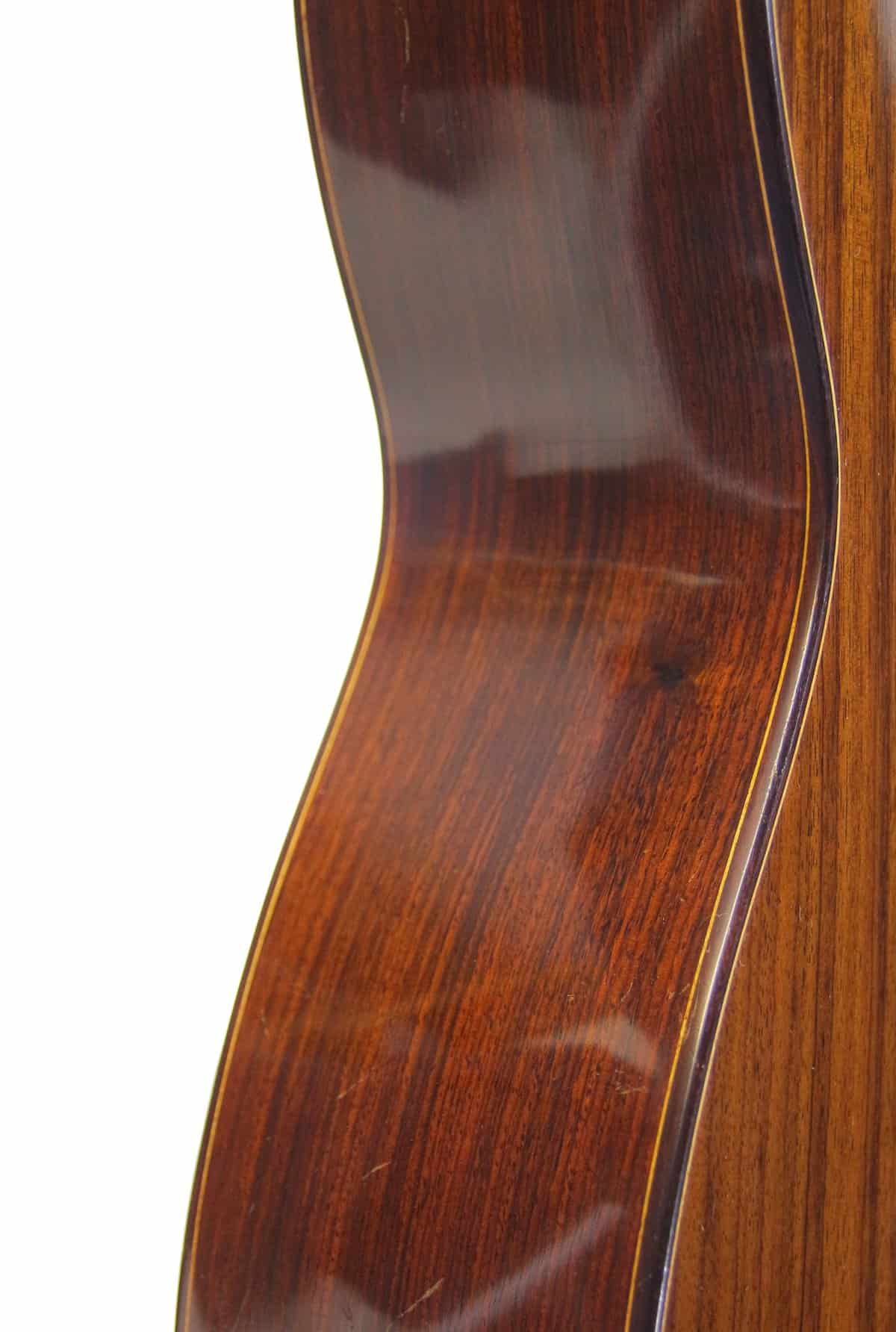 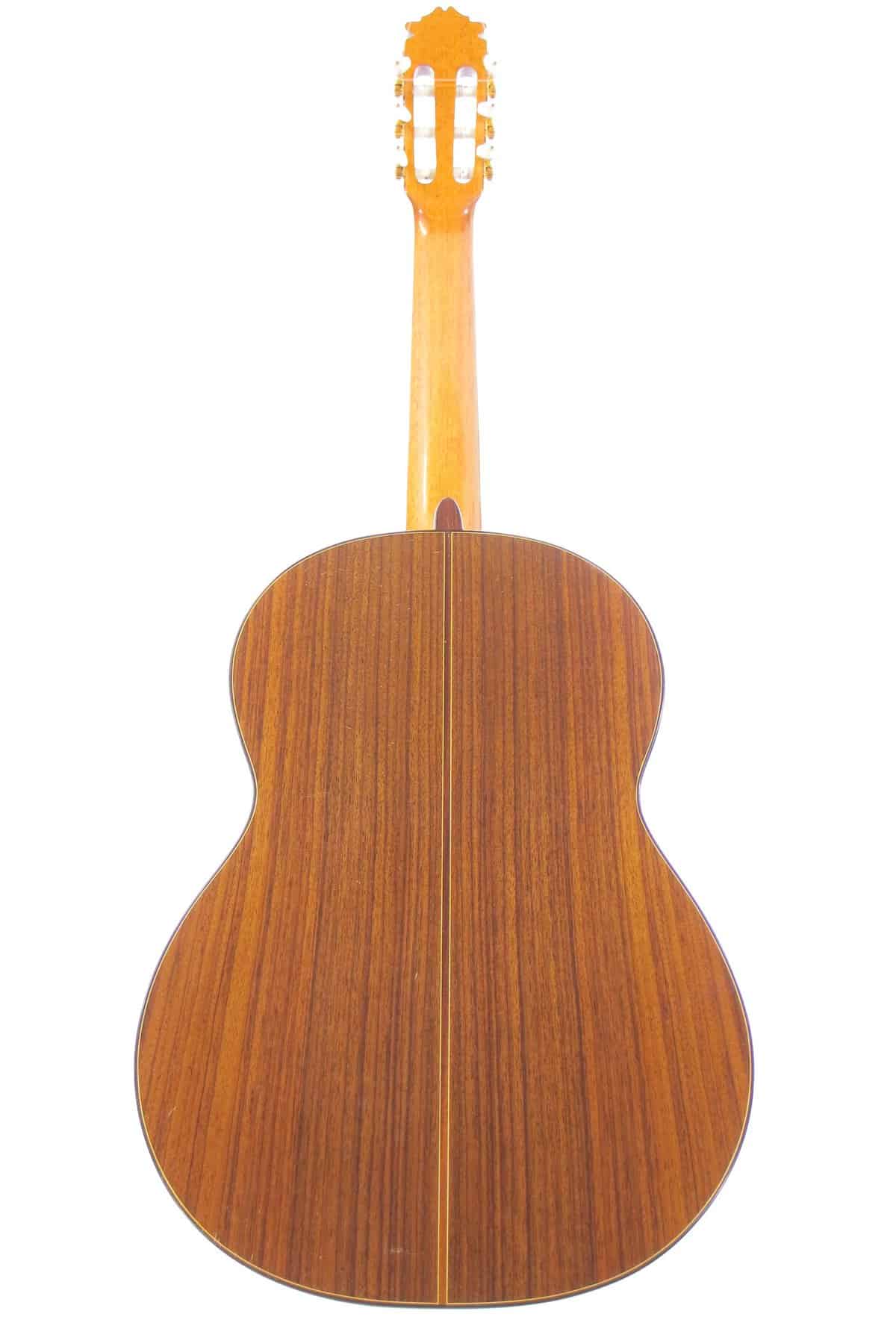 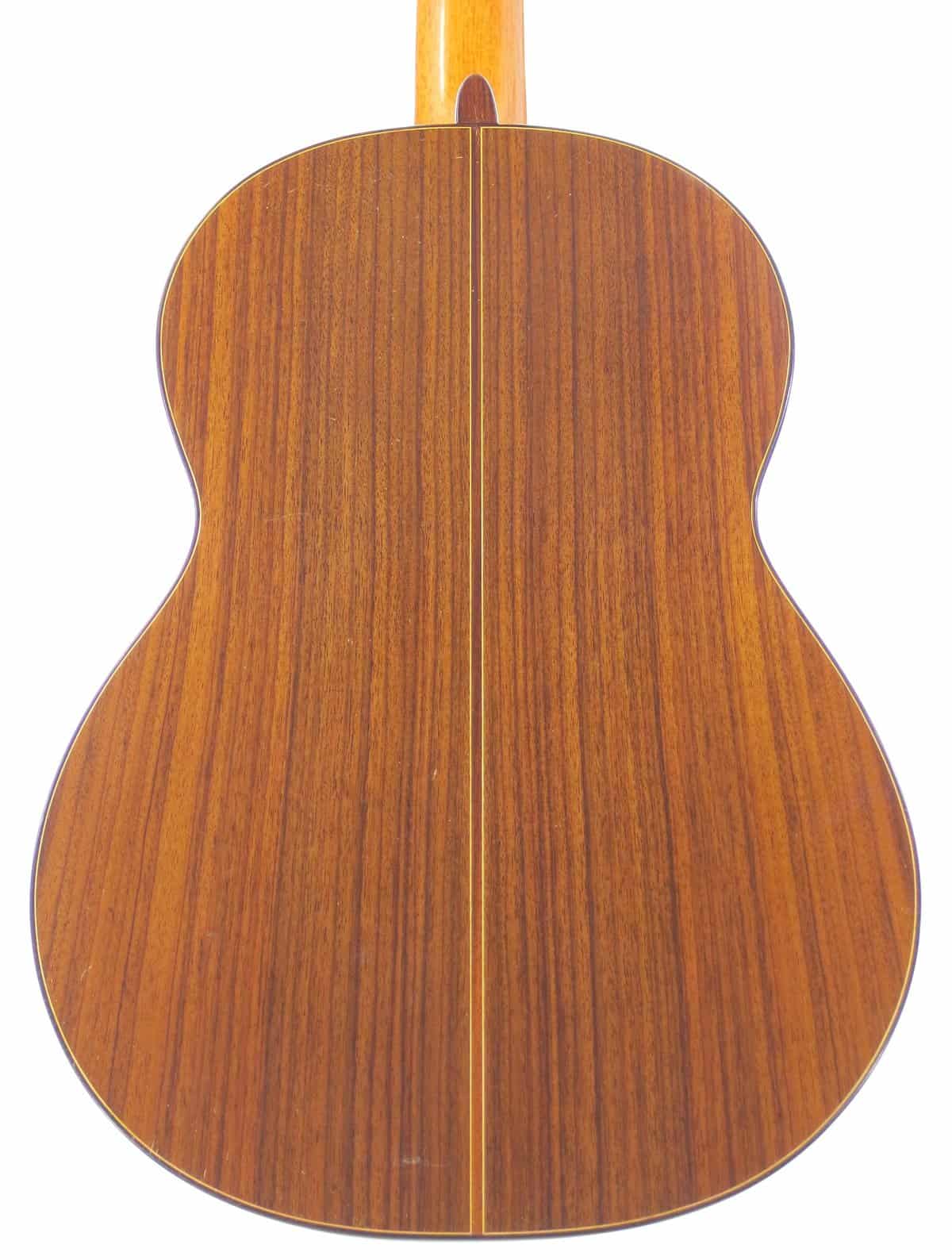 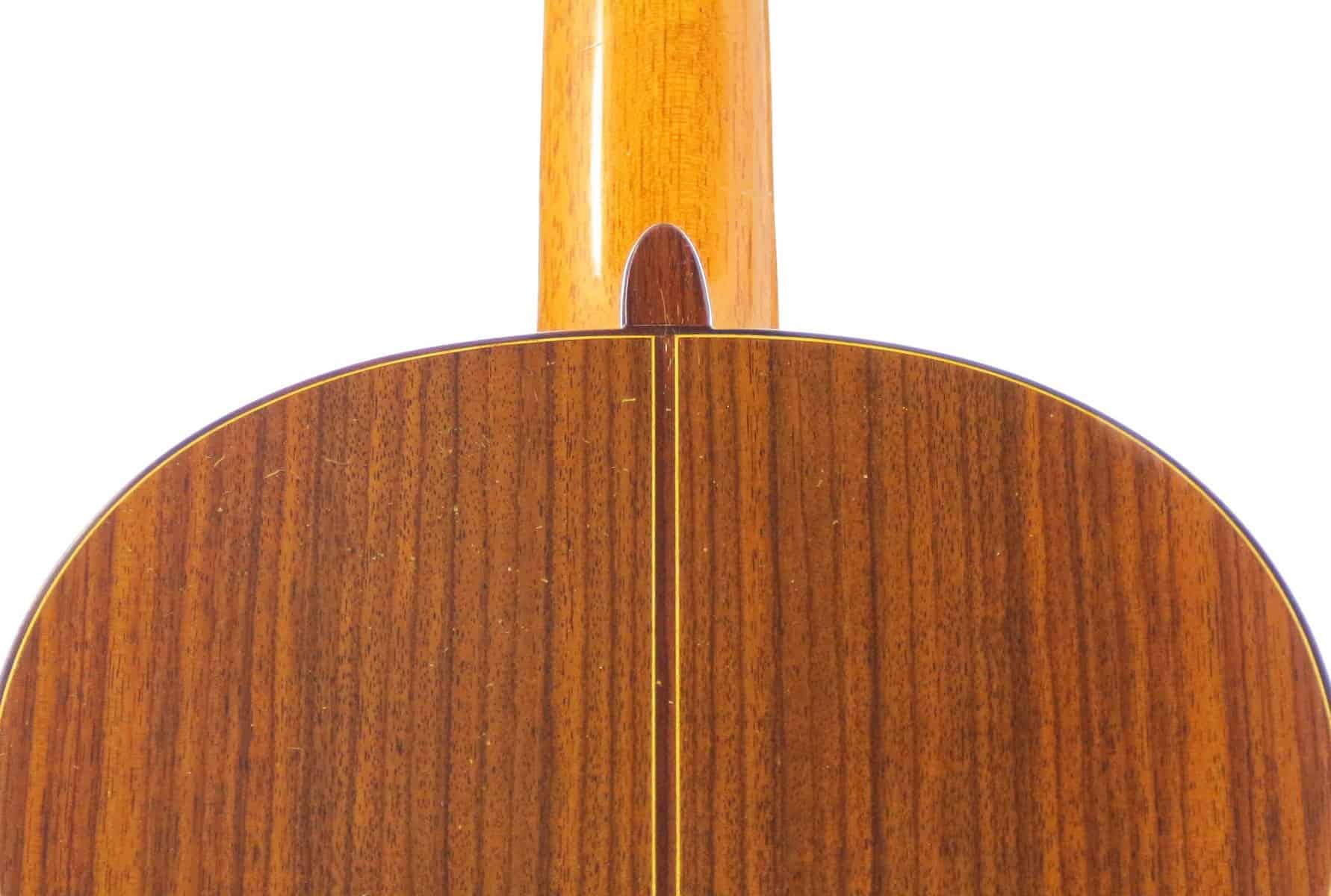 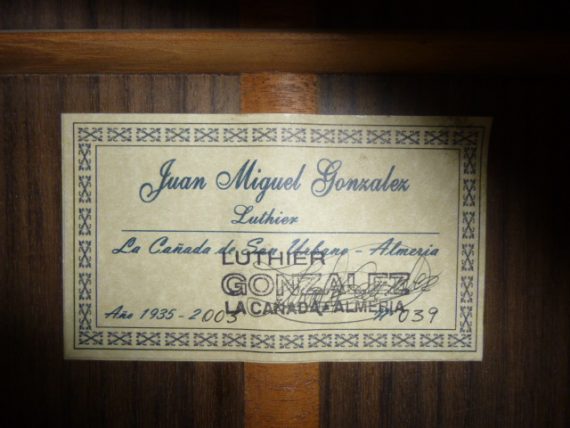 As is typical of the guitars made by Juan Miguel Gonzalez instruments, this instrument is made of master grade woods. Its top is made using the best tight-grained German spruce, the back and sides are made from impeccable old Indian rosewood.
This guitars 650mm scale and 52mm nut is characteristic. The set up is great: low, fast, without buzz.

The sound of this gorgeous guitar is wonderfully versatile, with a complex tone and a tremendous range of the most beautiful timbres. The sound is powerful and majestic on the one hand, but the guitar also impresses with clear, sparkling highs that give a sense of great projection. It is a very balanced guitar, with a robust, creamy quality to the sound. It also has this nice quick, bouncy responsiveness, a characteristic found in the best of the southern Spanish instruments.

The guitar is in a very good condition with a small amount of wear from play and use.