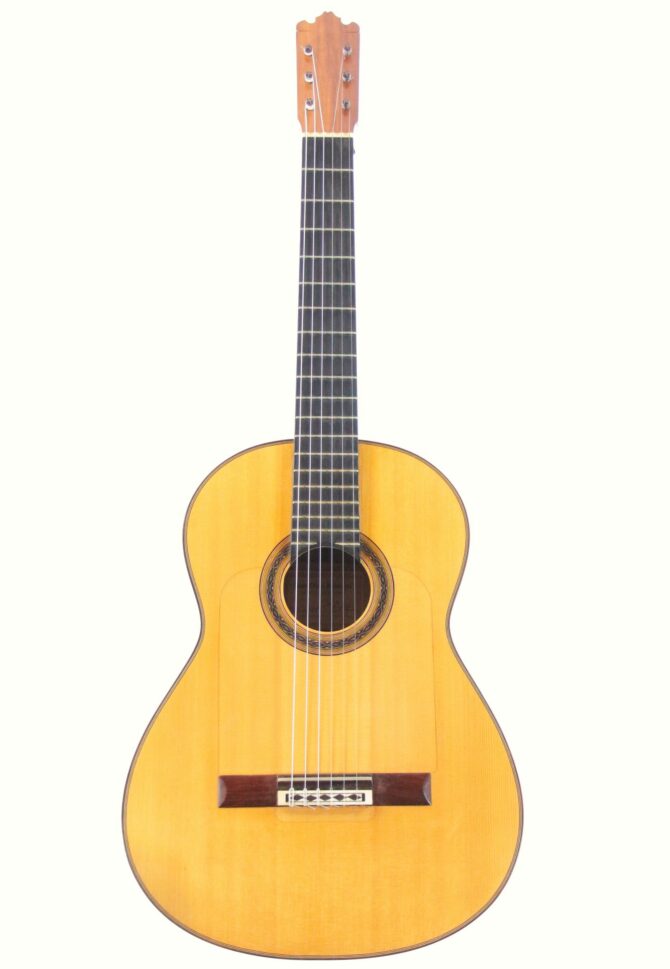 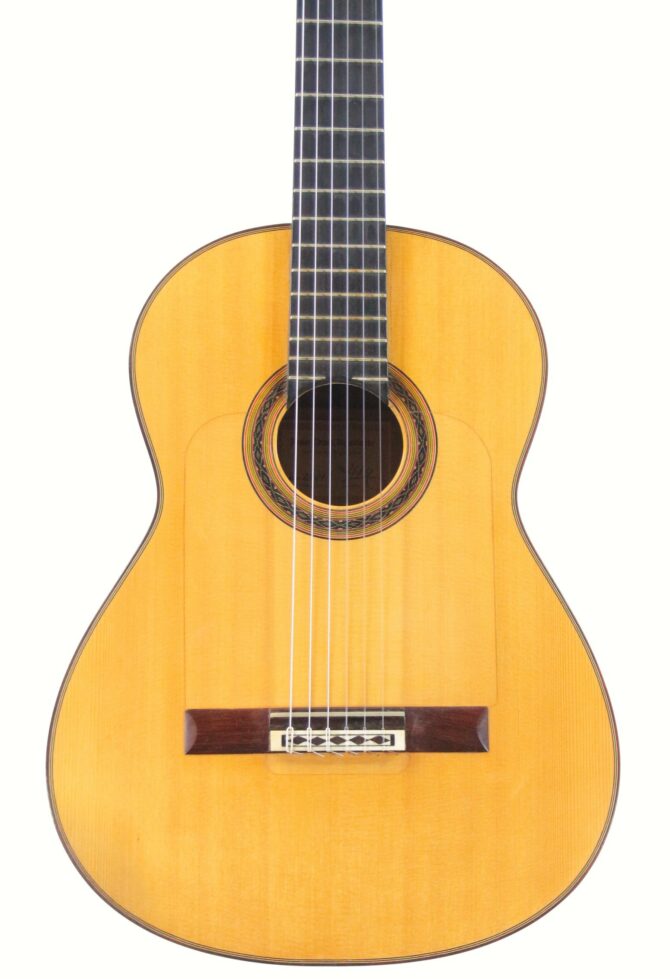 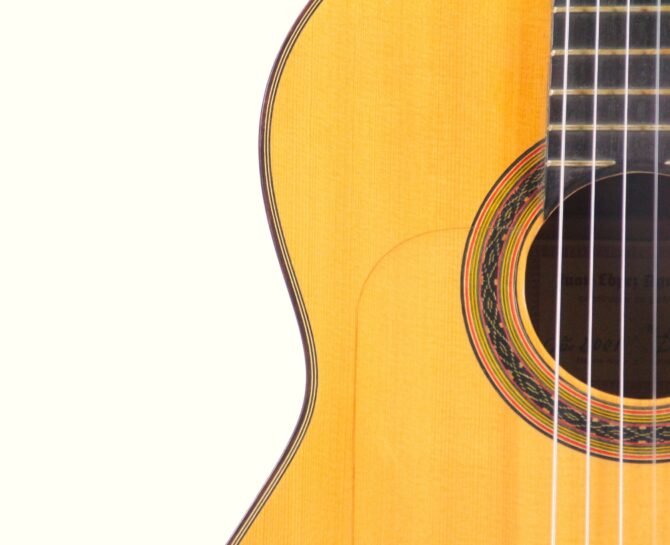 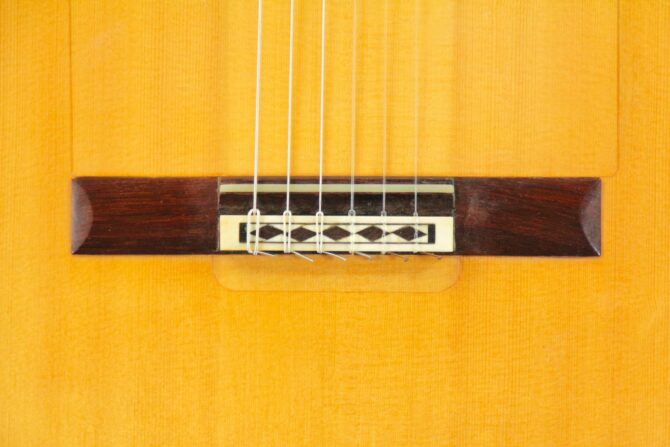 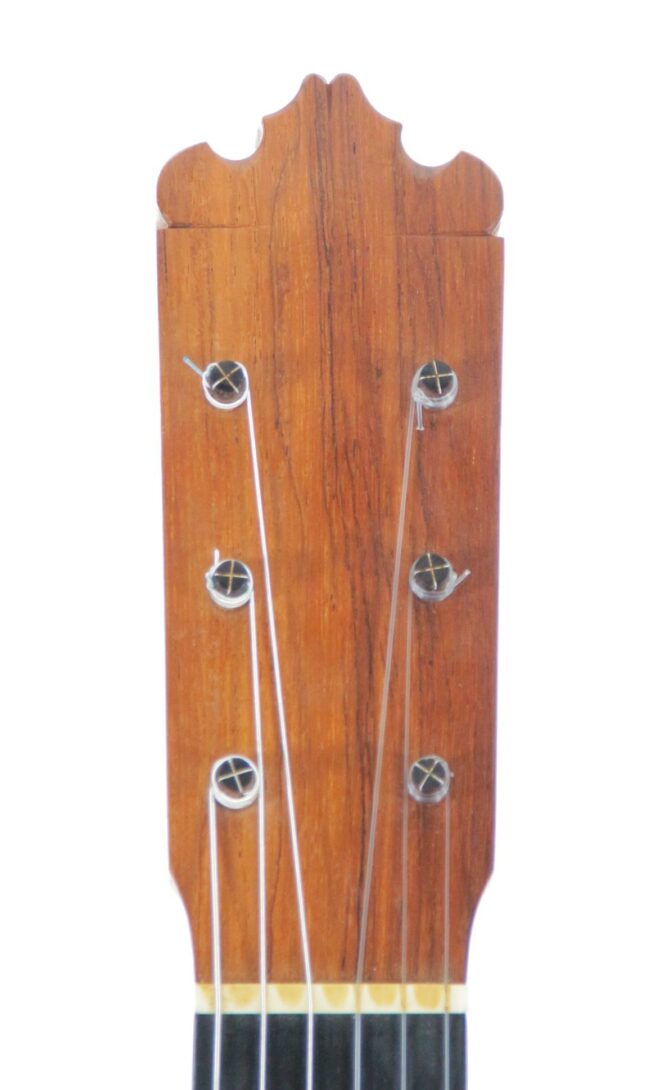 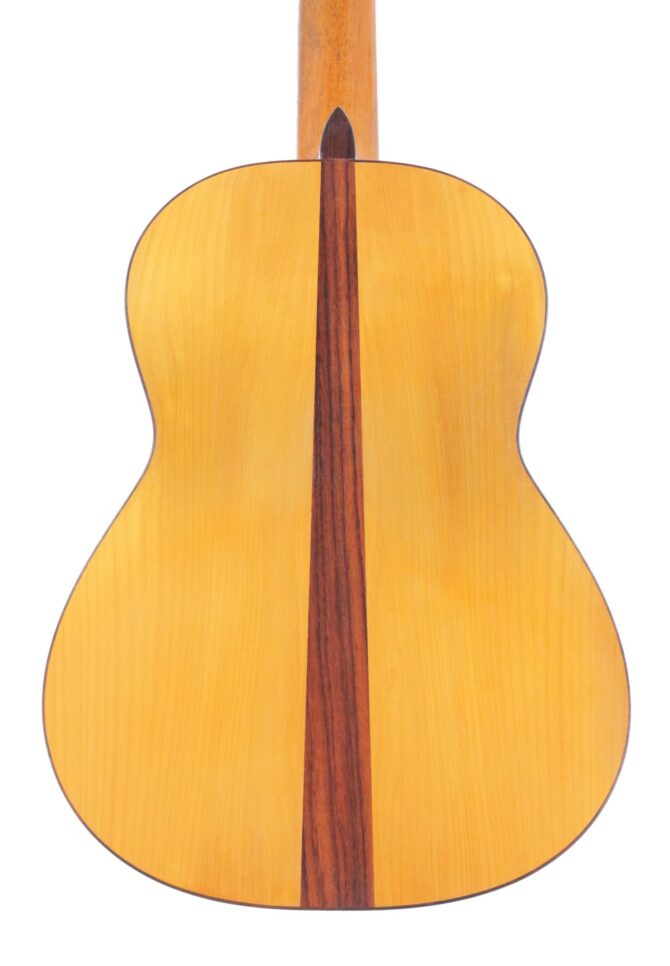 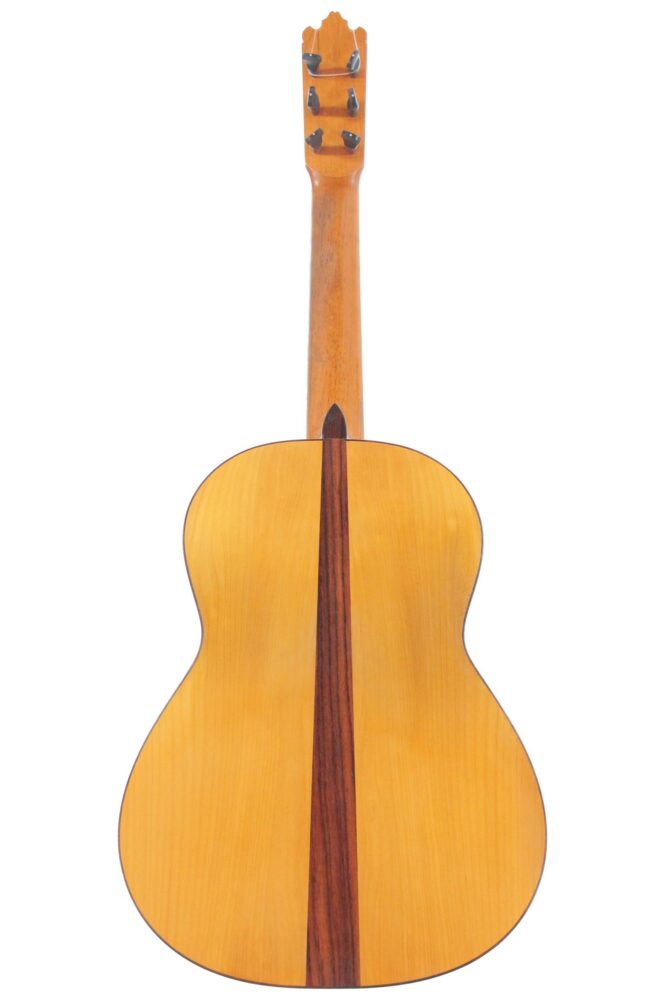 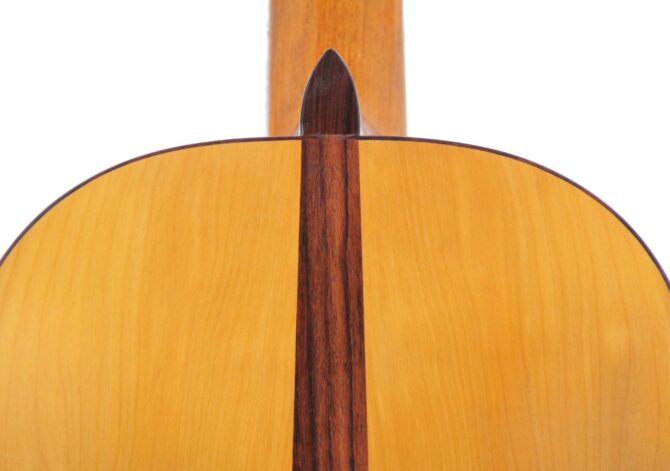 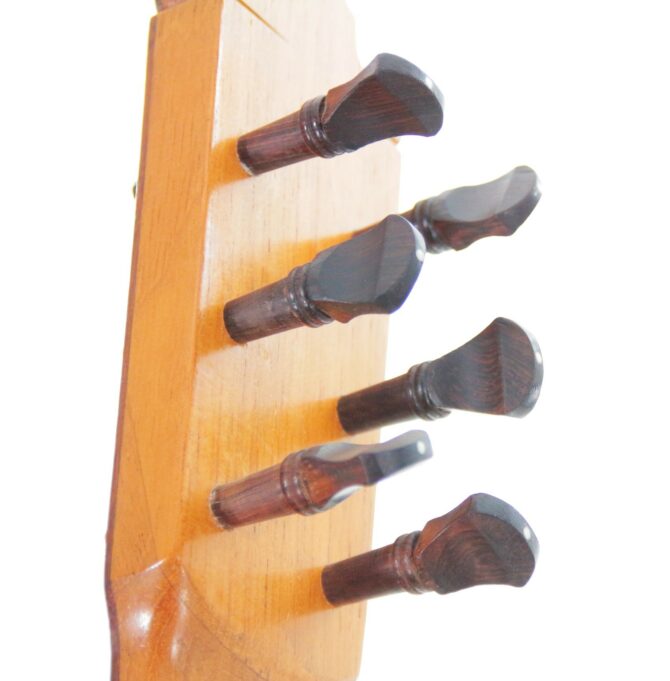 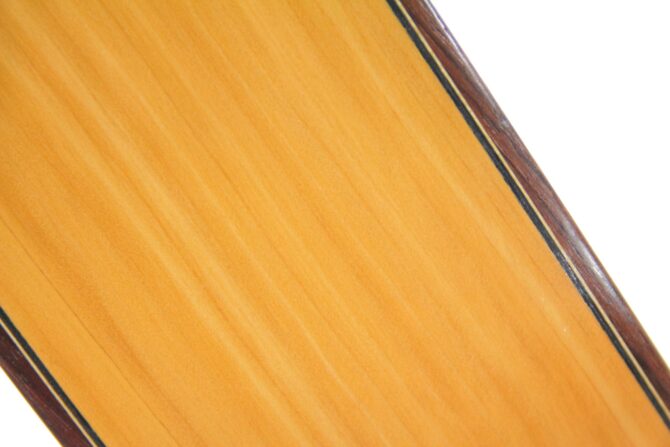 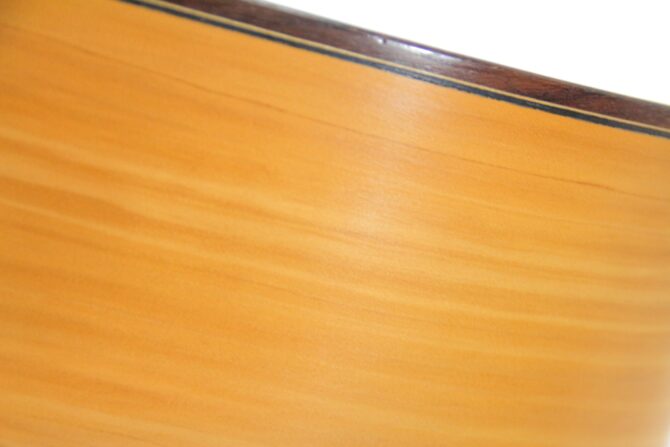 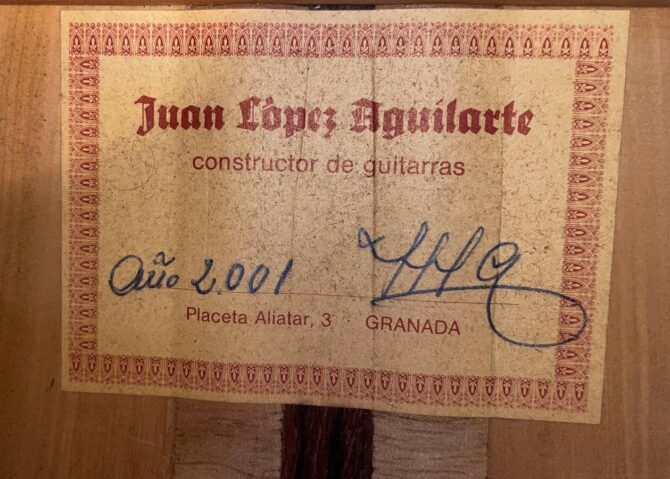 This flamenco guitar was made in 2001 by guitar maker Juan López Aguilarte. Juan López Aguilarte was born in Seville in 1941, but moved with his family to Granada when he was young. He first worked as a cabinetmaker, then began working in Manuel Bellido’s workshop, where he learned to make guitars. Later he worked for Eduardo Ferrer and Antonio Durán. In 1979 he opened his own workshop in the street Placeta Aliatar 3. Meanwhile he is retired and lives in Armilla (Granada).

This fine guitar was made with special care, using the best woods. A true jewel. The top is German spruce, with an amazing grain: perfectly straight and even. The back and sides are made of an exceptionally beautiful cypress.
The scale length is 654 mm and the nut width 52 mm.

The sound exceeds all expectations one can have before testing a guitar. The basses are powerful, with a dry and percussive timbre. The trebles are crystal clear, with unbeatable range and definition. A real gem that anyone can fall in love with, no matter how demanding.

The condition of this guitar is good, but it has some playing marks and also 3 professionally repaired cracks.

The guitar comes with a guitar case.