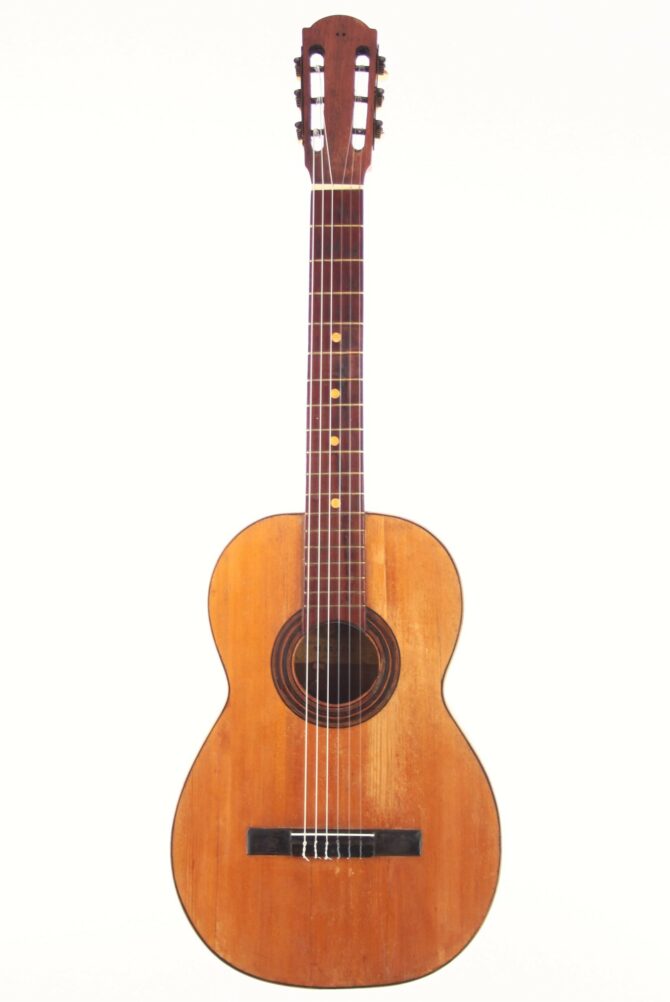 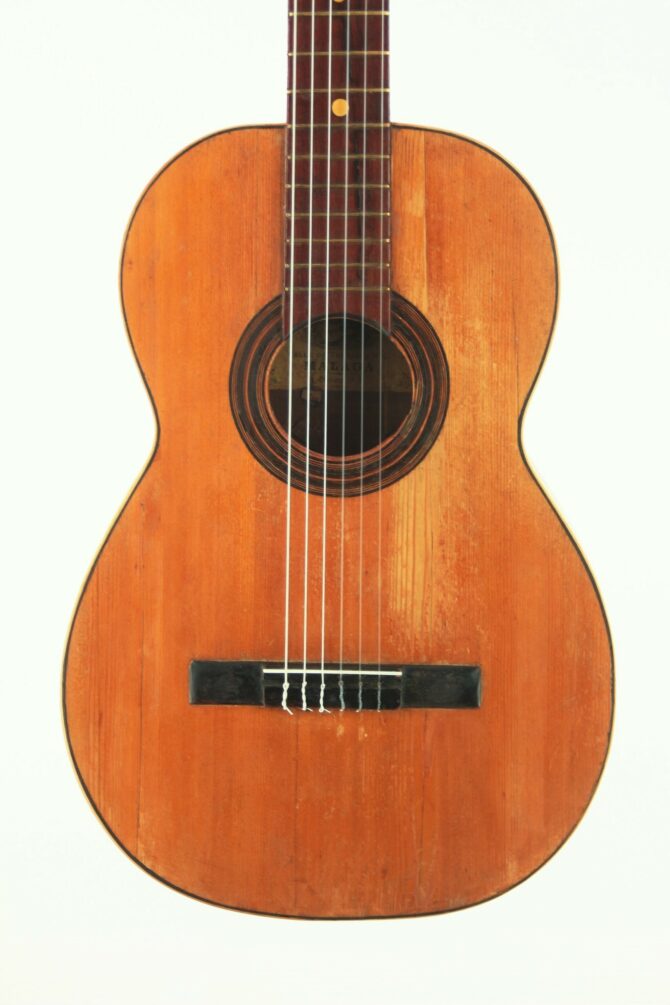 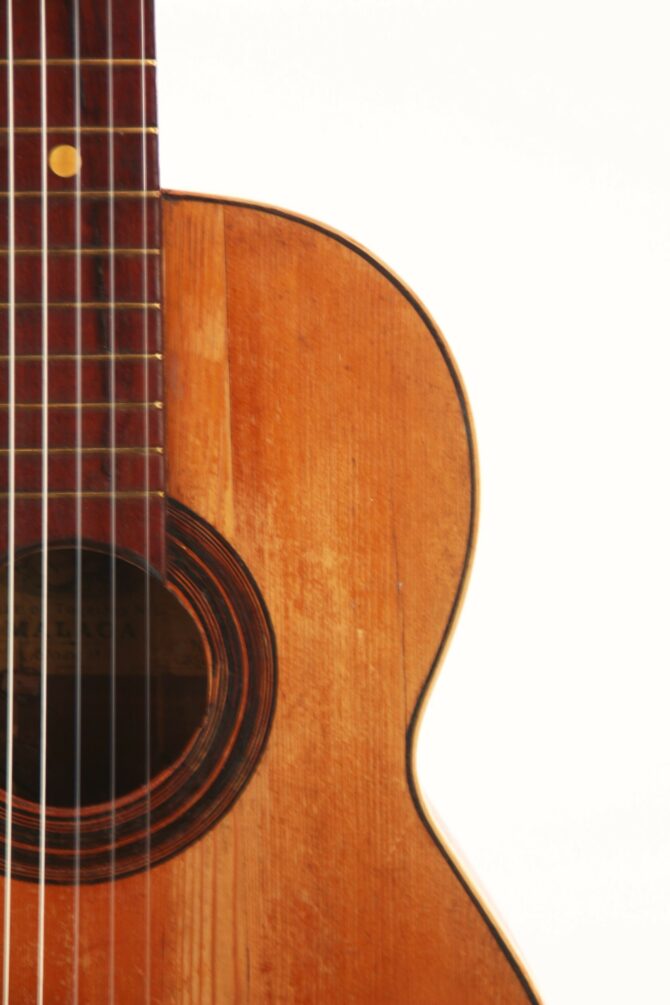 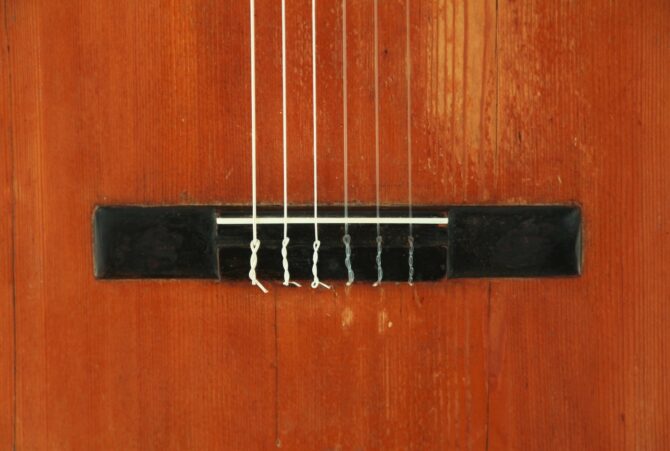 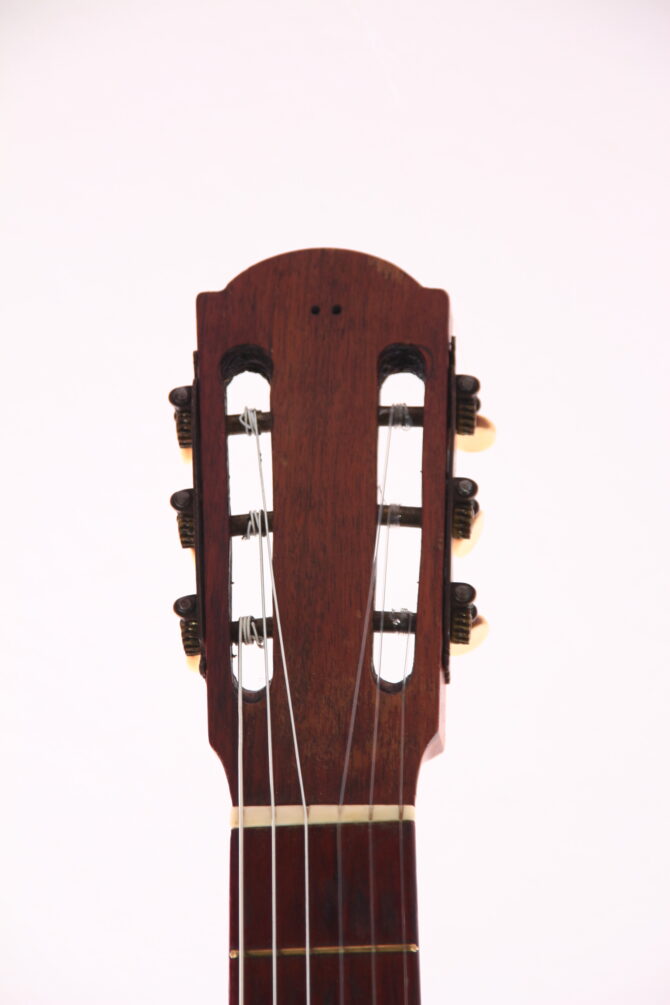 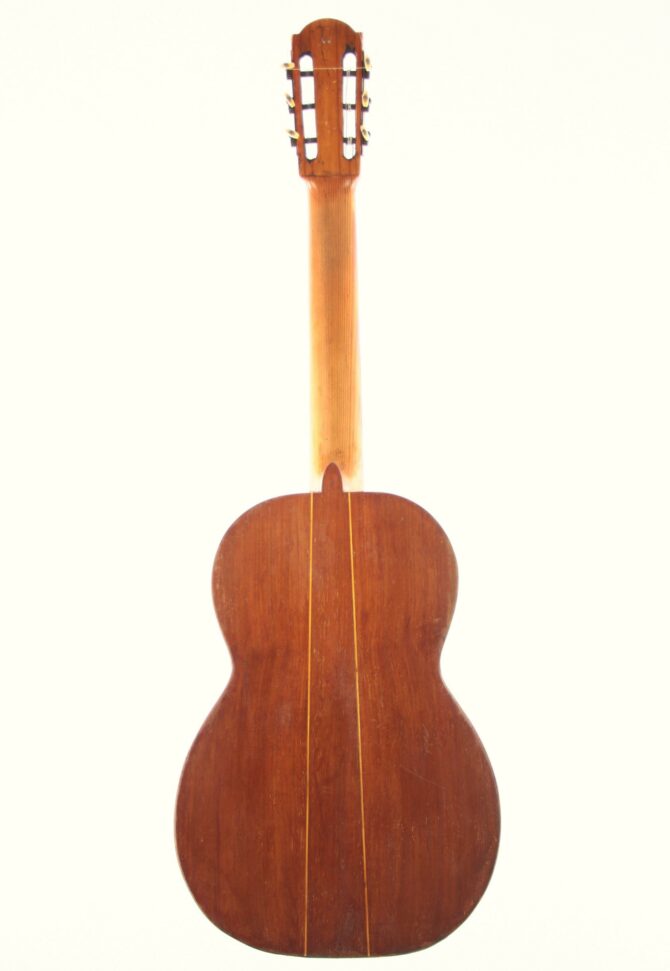 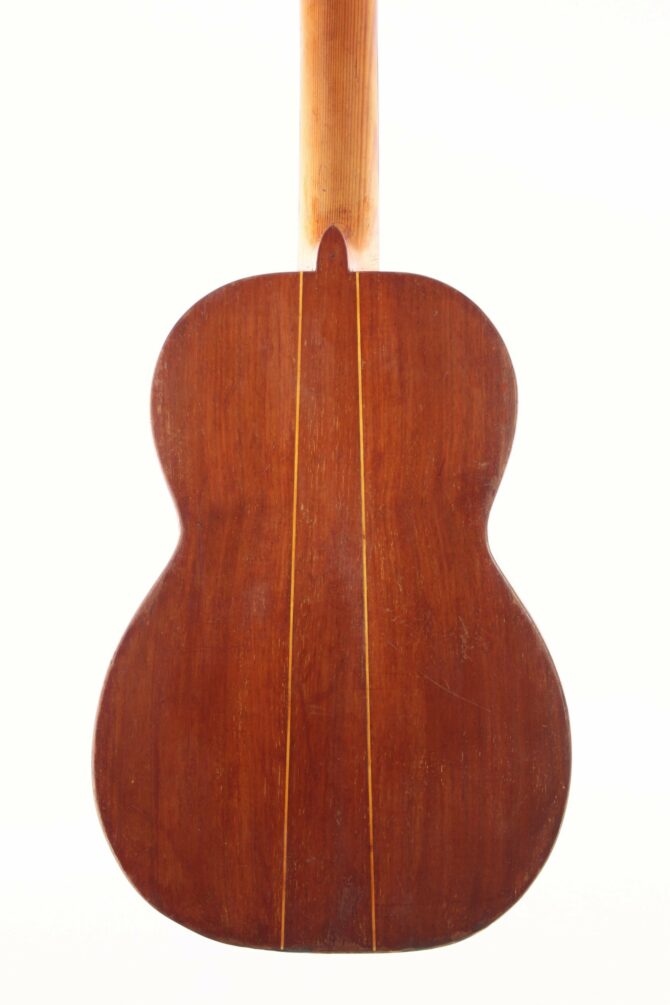 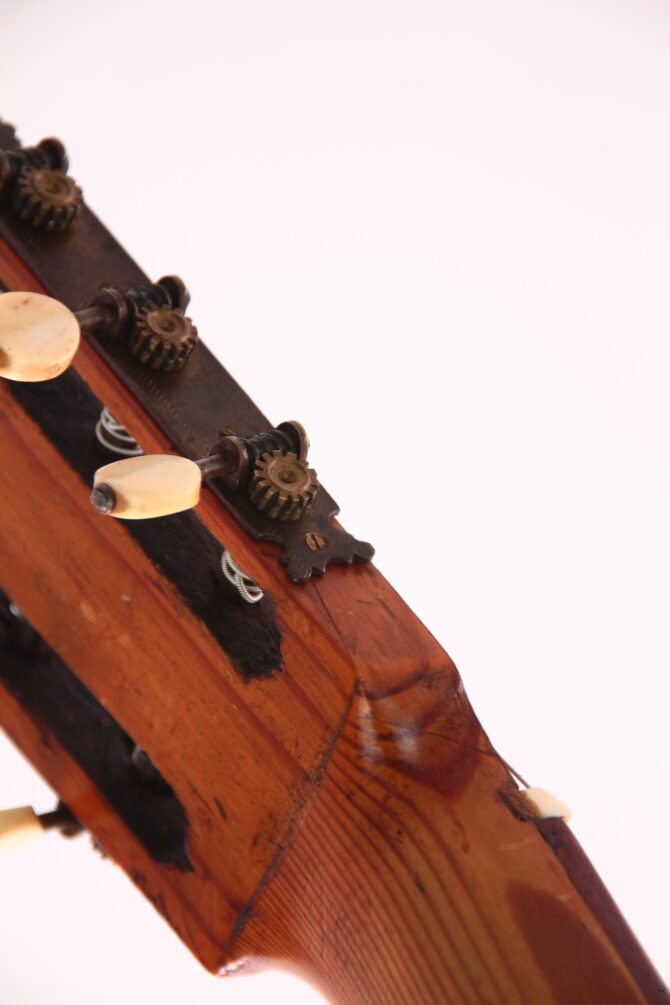 Very rare and collectable guitar of Juan Galan Caro from Malaga built in 1896.

Juan Galan Caro was the son of Jose Galan and Maira Caro, and was born in Malaga on 30 June 1854. He apprenticed with Antonio de Lorca Garcia and established himself as a guitar maker at Calle Torrijos 42, Malaga (where he was listed in trade guides from 1888-1911).
He married Ana Maria Rodriguez Villatoro and they had six children, at least three of which became guitar makers: both Juan Galan Rodriguez (b. 1876) and Rafael Rodriguez Galan (b.1886) later migrated to Argentina. Adolfo Galan Rodriguez (b. 1884) appears to have remained in Malaga and probably continued working with his father.
Juan Galan Caro probably died around 1911.

This guitar is built as light as a feather and is a smaller example of a romantic guitar. It has 607 mm scale length and 50 mm nut width. The top is made of spruce. For the back and sides it is hard to tell … it apears to be mahogany, but also can be pearwood or even some type of rosewood … hard to tell.

It is a great example of a romantic guitar –with a nice quality of sound. The body is small and flat and this gives the guitar a good projection and an immediate response to the players touch.
Due to its age and ultra-lightweight, the soundis woody, with an ample amount of tonal modulation and dynamic range. This guitar produces sweet tones, whith a lot of charme.

It has been restored – several cracks throughout the body have been repaired.