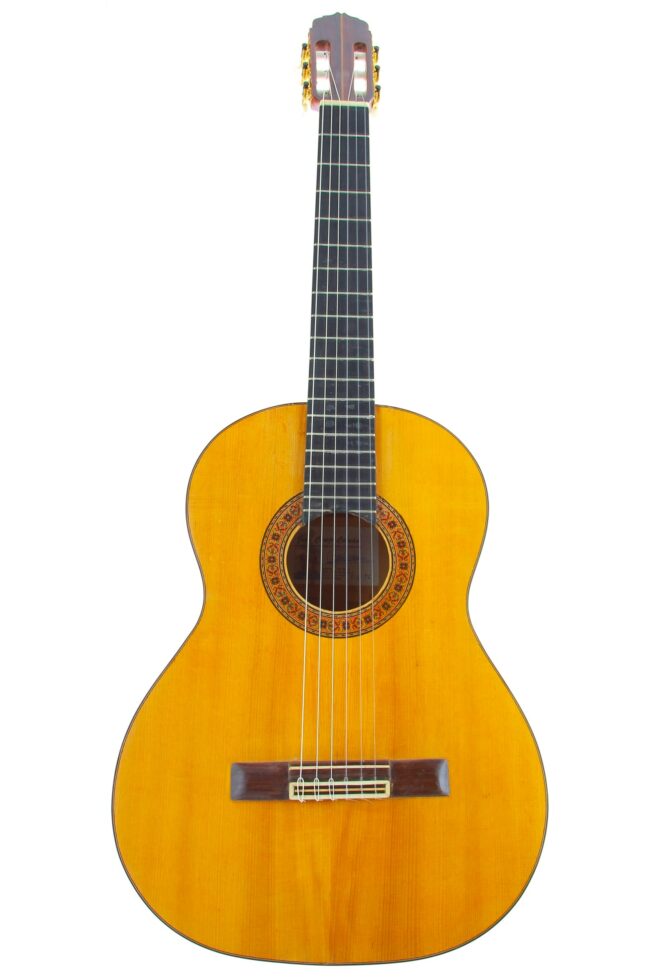 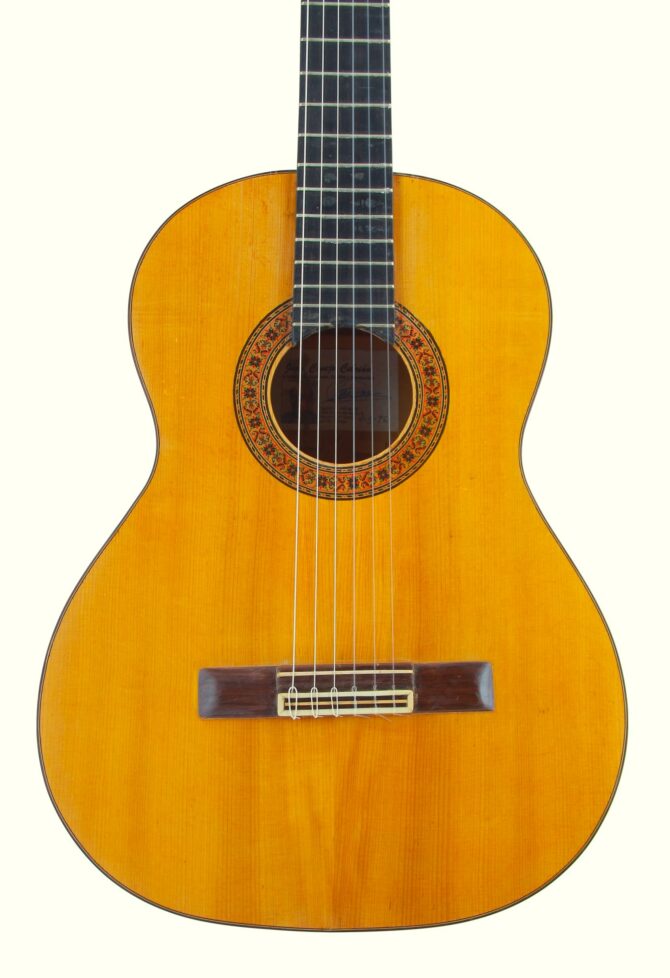 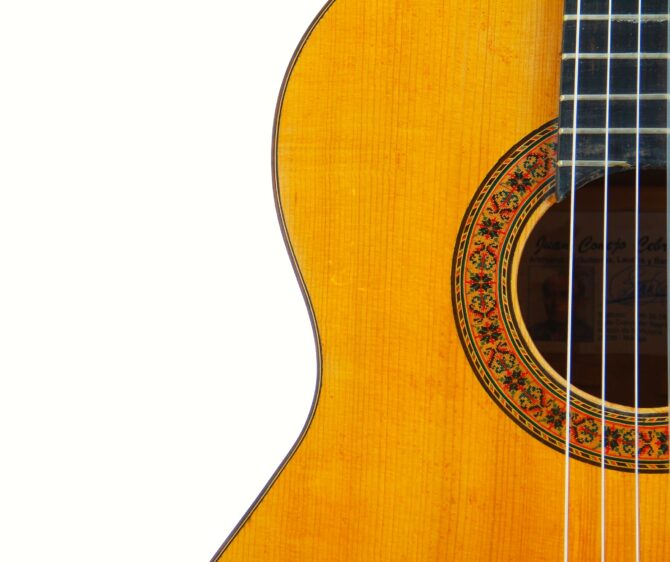 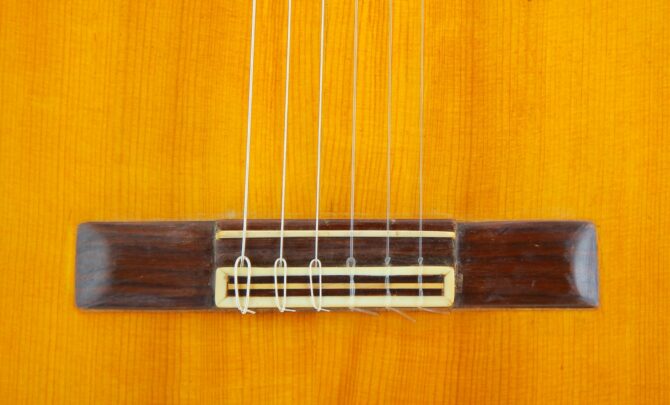 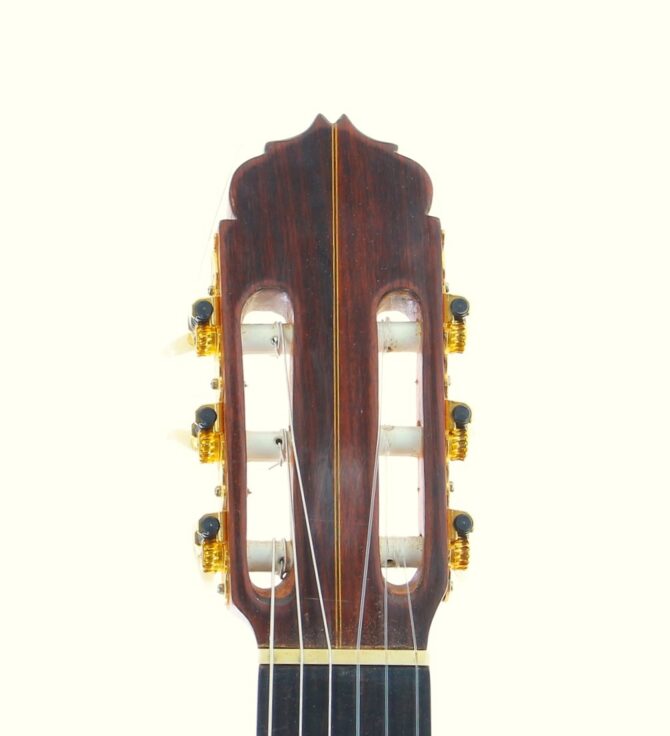 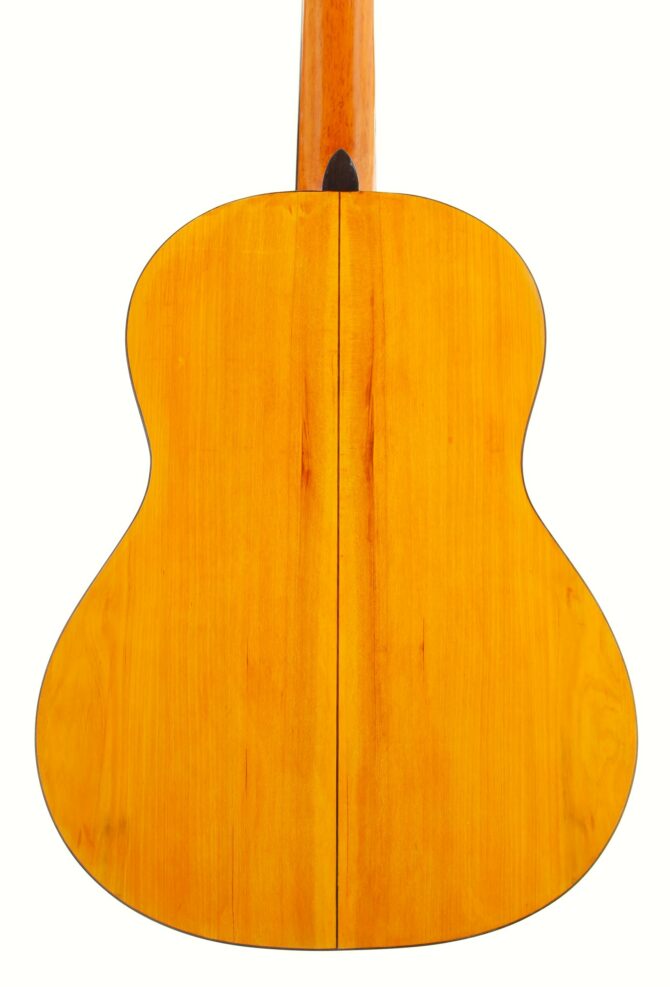 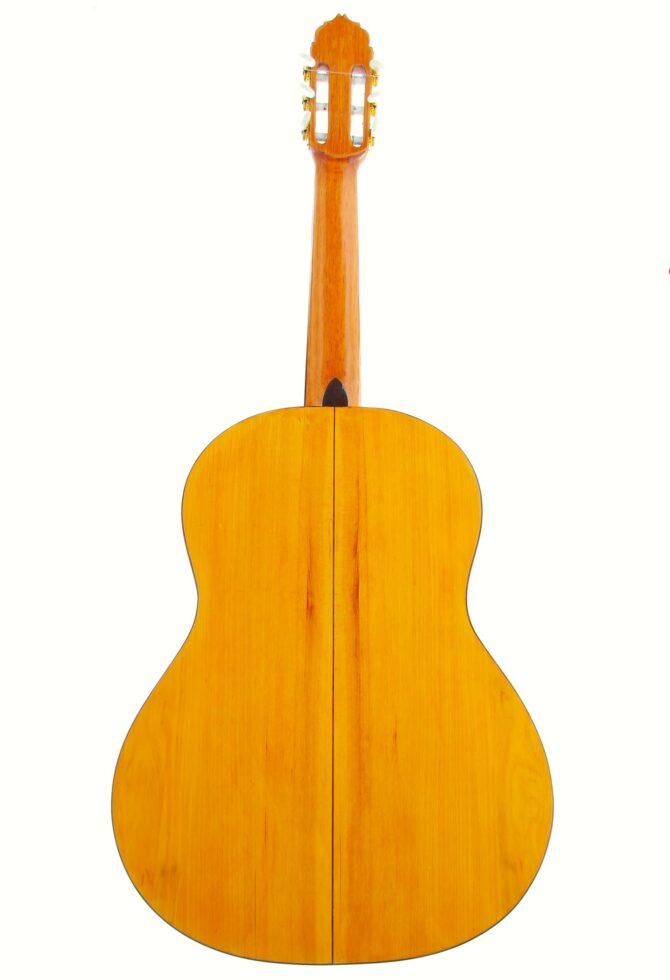 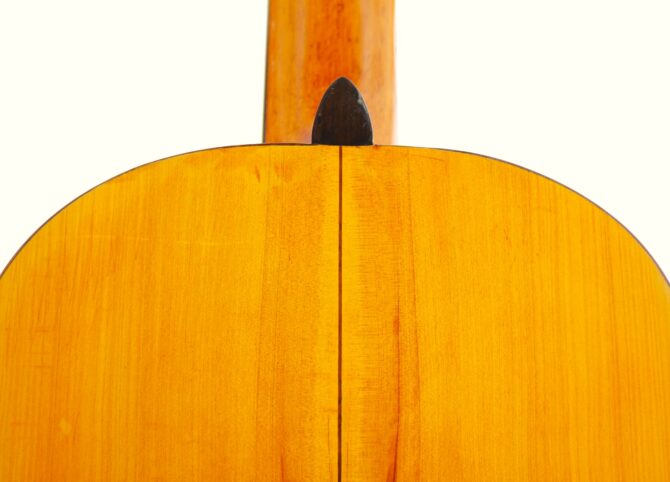 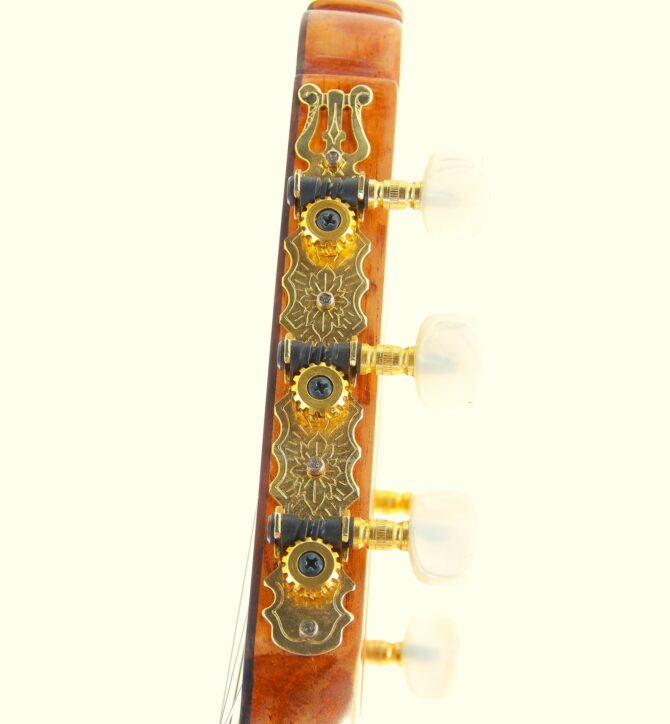 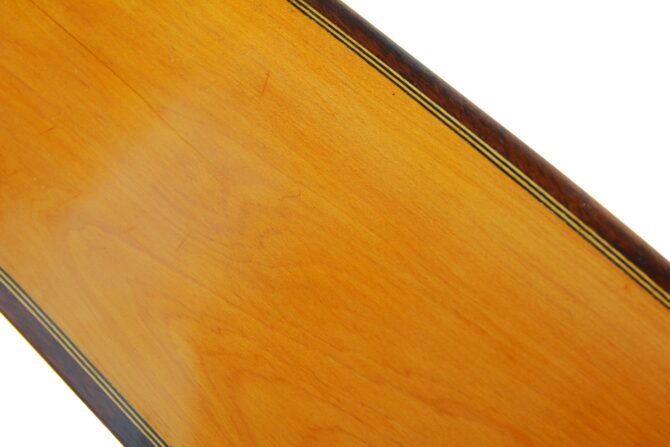 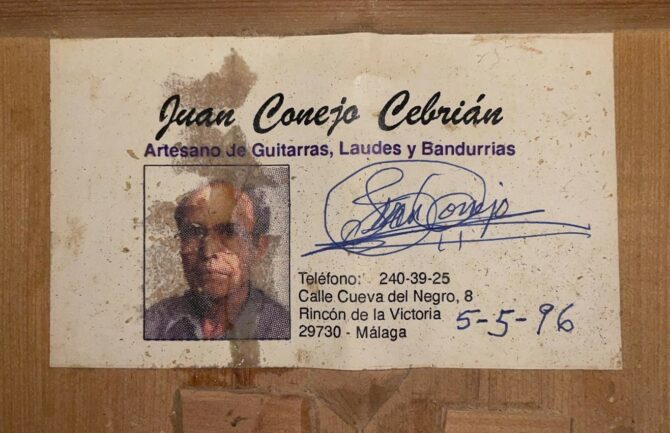 Juan Conejo Cebrián was a guitar maker from Malaga who has since passed away.
He was one of Malaga’s most important guitar makers of the last century.
He not only continued the tradition of guitar making, but was also very keen to experiment.
The result of his curiosity was, for example, a guitar lute from 1983, which is now exhibited in the Museo Interactivo de la Música Málaga (MIMMA). He described himself as someone who is always looking for something new, something different.

This fine guitar by Juan Conejo Cebrián from 1996 is a flamenco guitar built in the traditional Andalusian style.
It has a spruce top and cypress back/sides. The scale length is 658 mm and the nut width is 51 mm.

This guitar has that certain something that guitarists love … a wonderfully deep and dark sound.
It sounds very Spanish with a mystical and warm nuance. It has an immediate response with a honeyed, deep, woody texture. The guitar is light, typical of the good Andalusian flamenco guitars. It has a powerful and well balanced sound.

The guitar is in good condition. There are a few minor repairs to the sides.