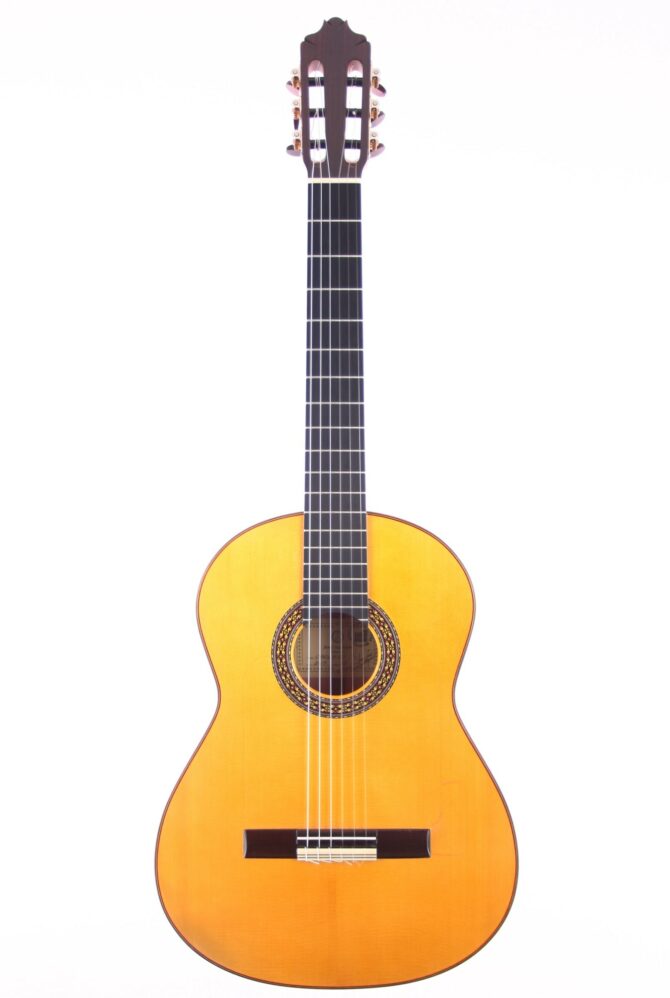 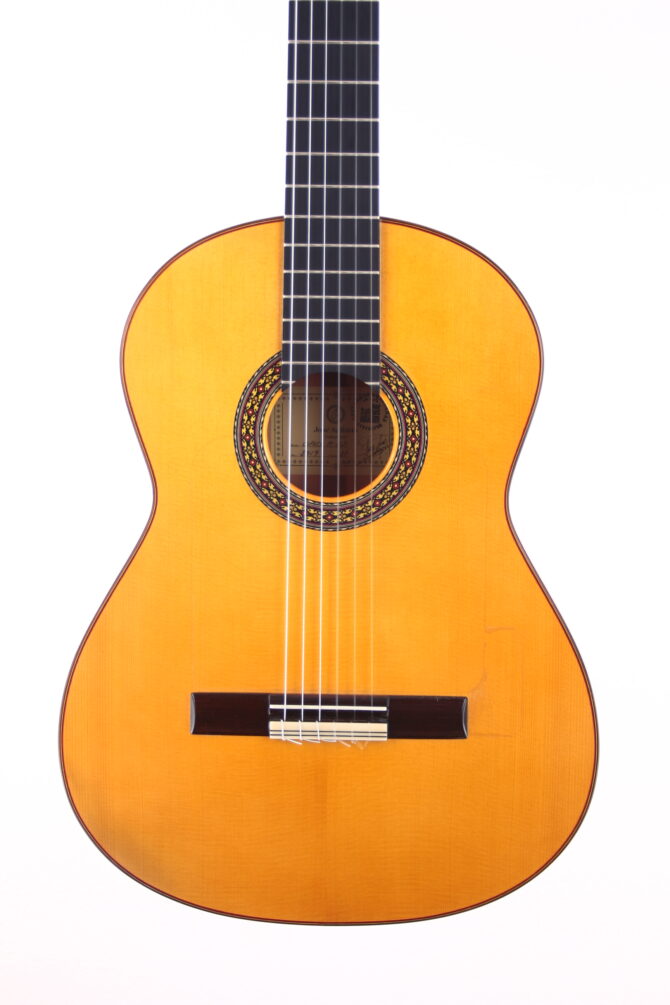 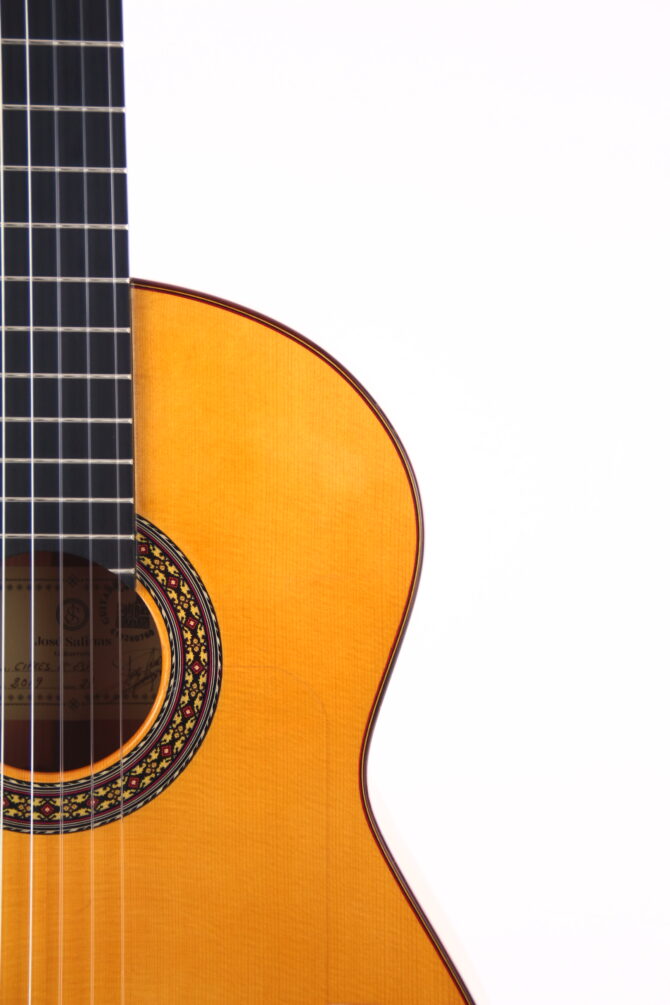 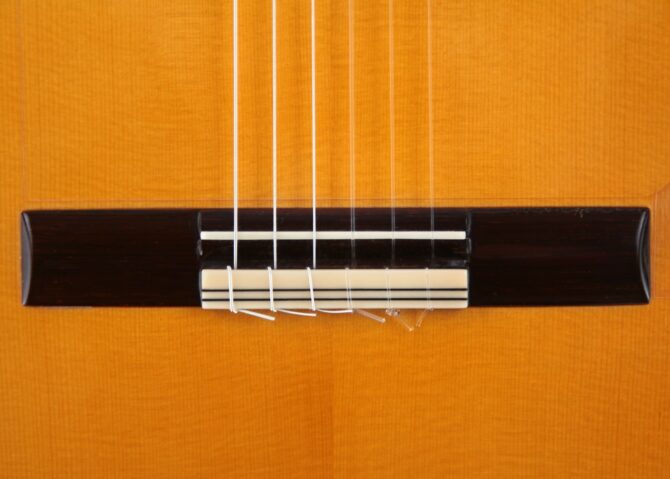 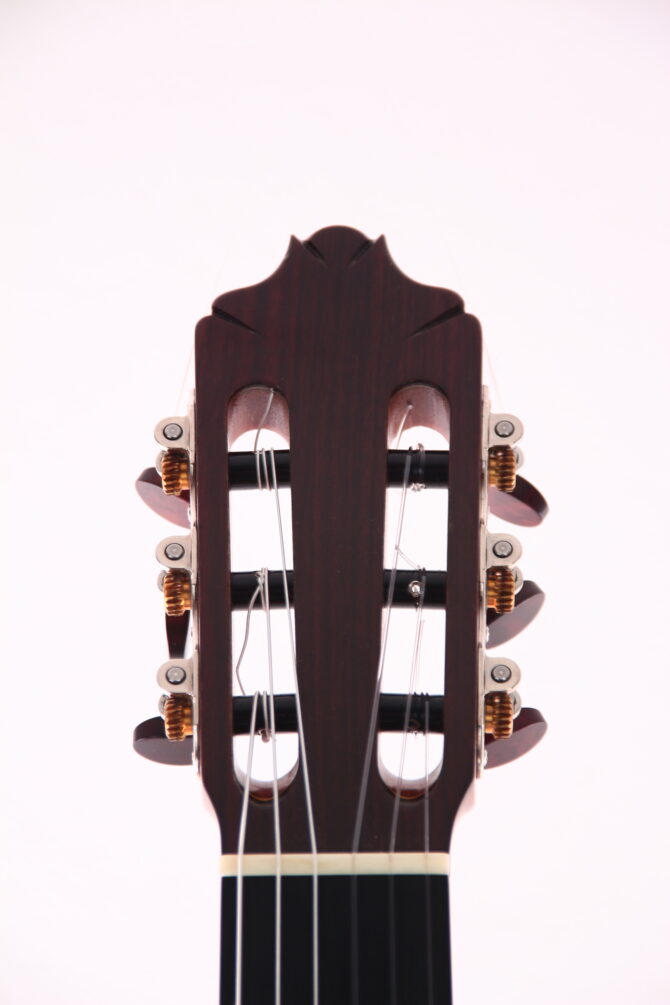 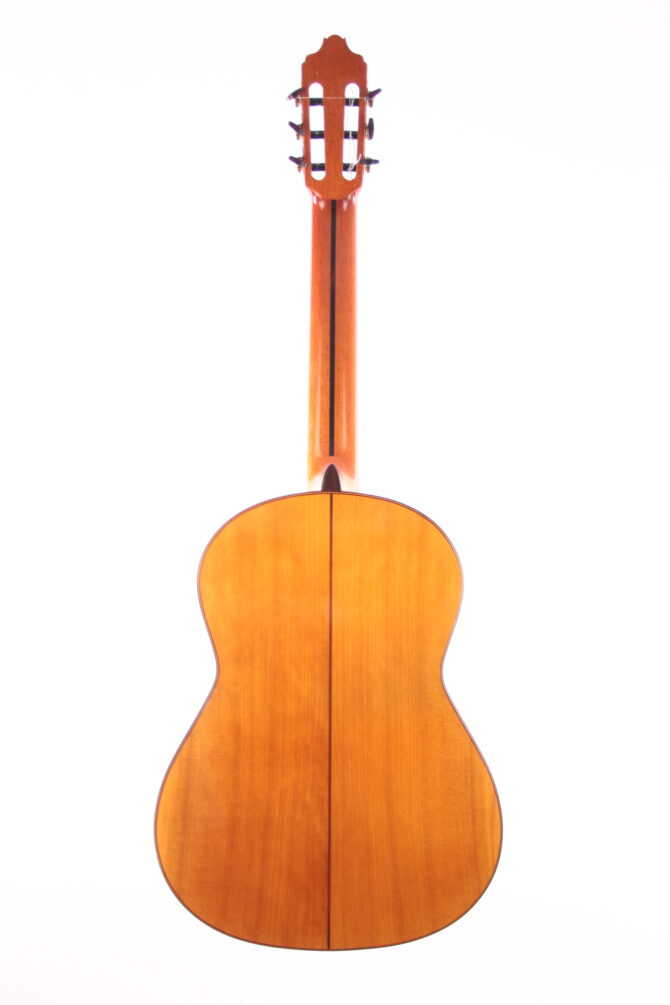 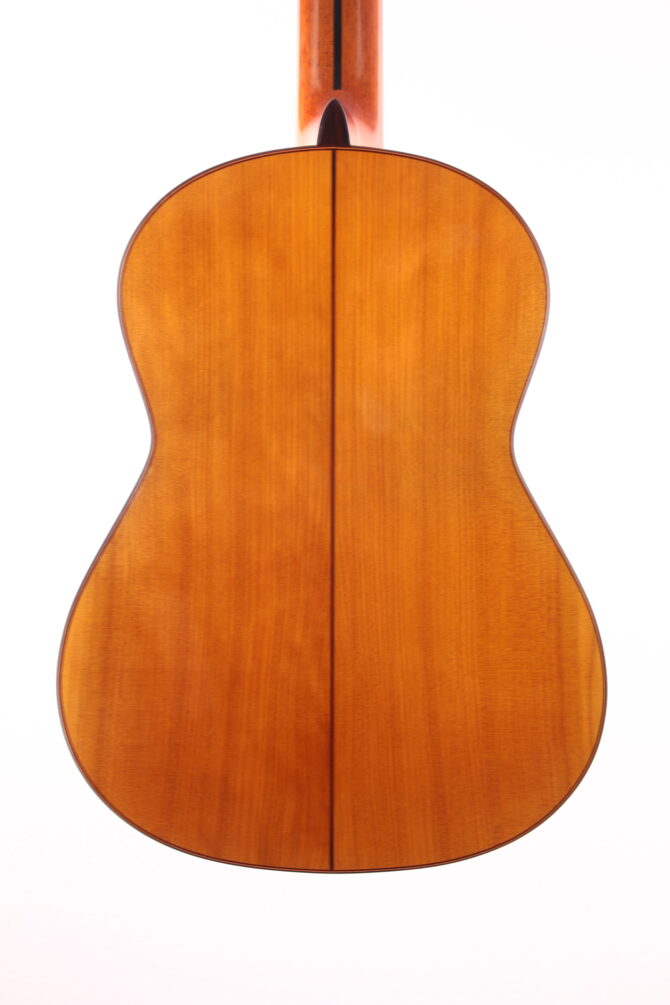 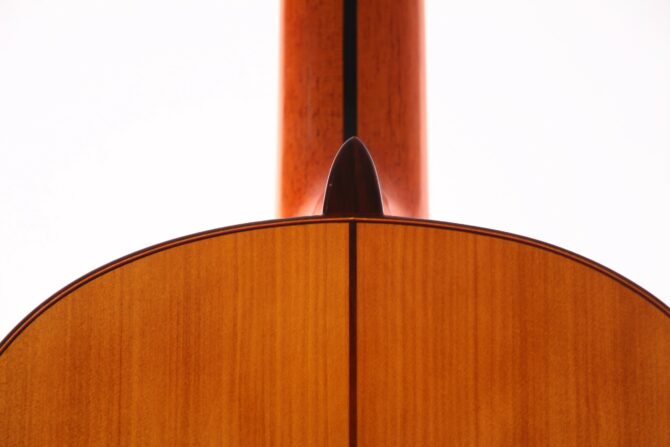 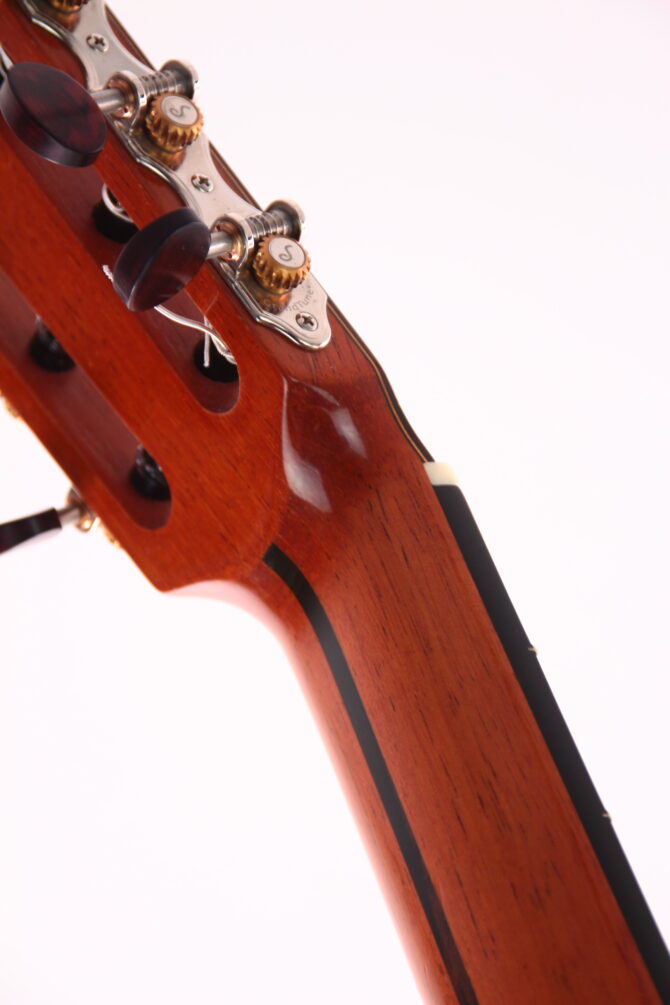 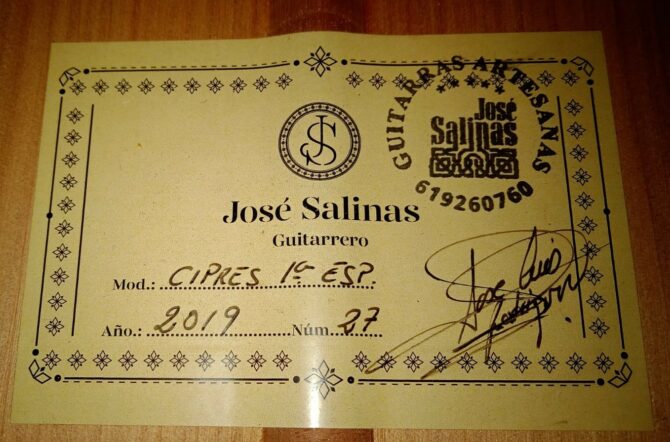 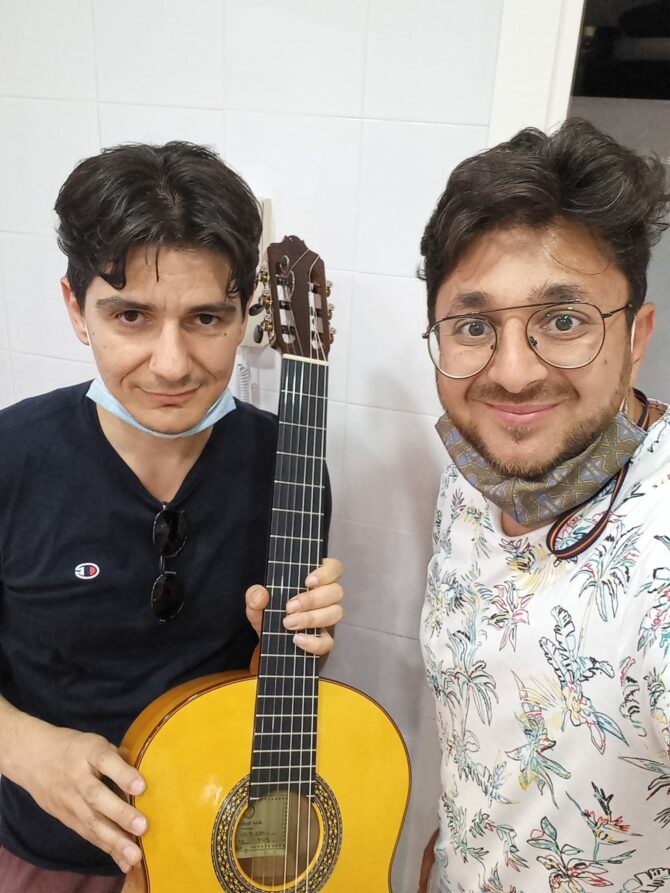 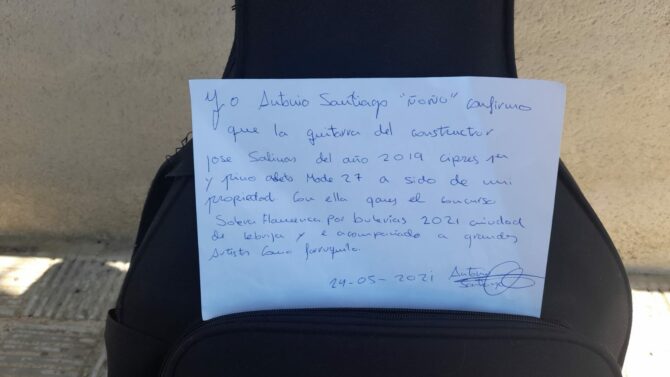 Stunning guitar by Jose Salinas made for Antonio Nono – big and punchy sound!

This guitar was especially made for the famous guitarrist Antonio Nono. He played it during almost all performances and recently won the first price of a flamenco competition with this guitar (check video).
He also accompanied the world famous flamenco dancer Farruquito using this guitar.

This guitar has a very nice spruce top and cypress back and sides of the highest quality. The scale length is 660 mm and the nut width 52 mm.

The sound is breathtaking and we can understand why this guitarmaker is among the best of the world.
It has all the punch and power of a great Andalucian flamencos with the sound resonating off the top, back and sides. It has a loose, dry and penetrating sound with big basses and succulent, fat trebles. The higher registers are incredibly sweet and sensuous. In the hands of a classical player this guitar also sings beautifully – it can accommodate virtually any style of music with great charm and elegance.