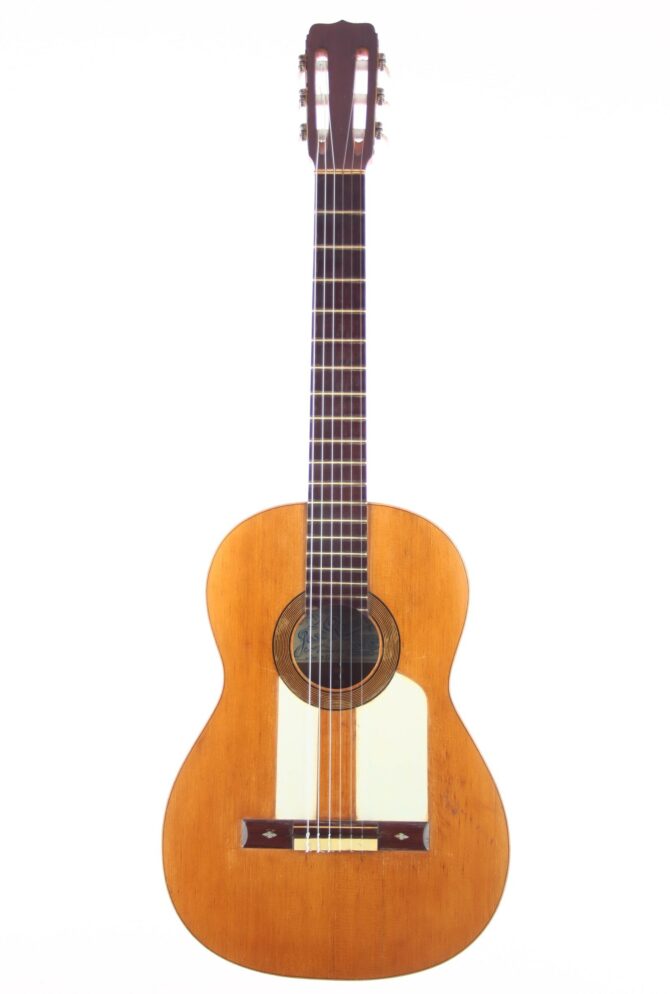 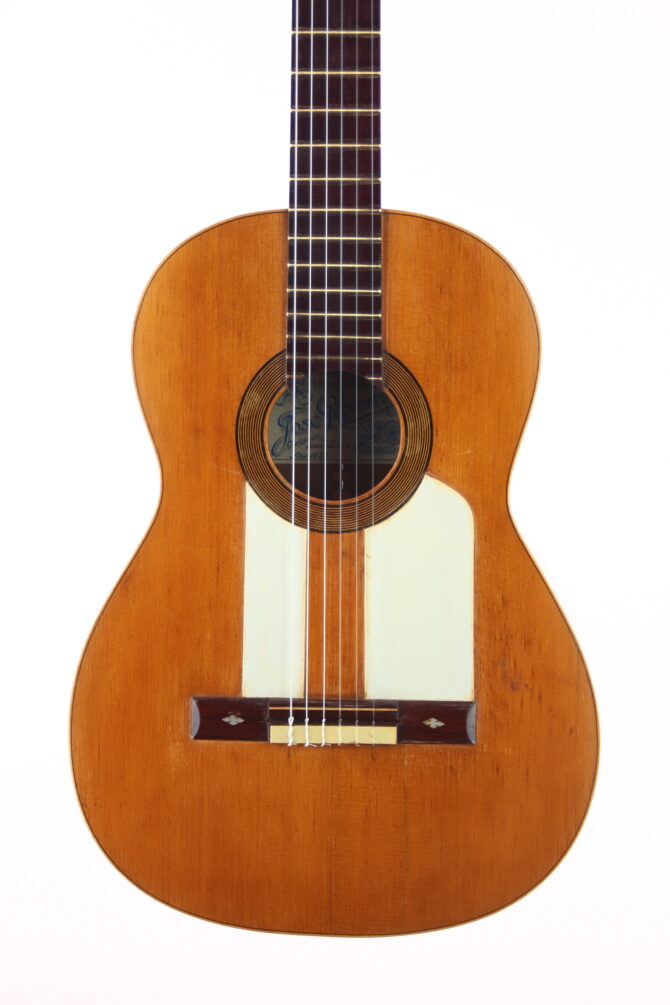 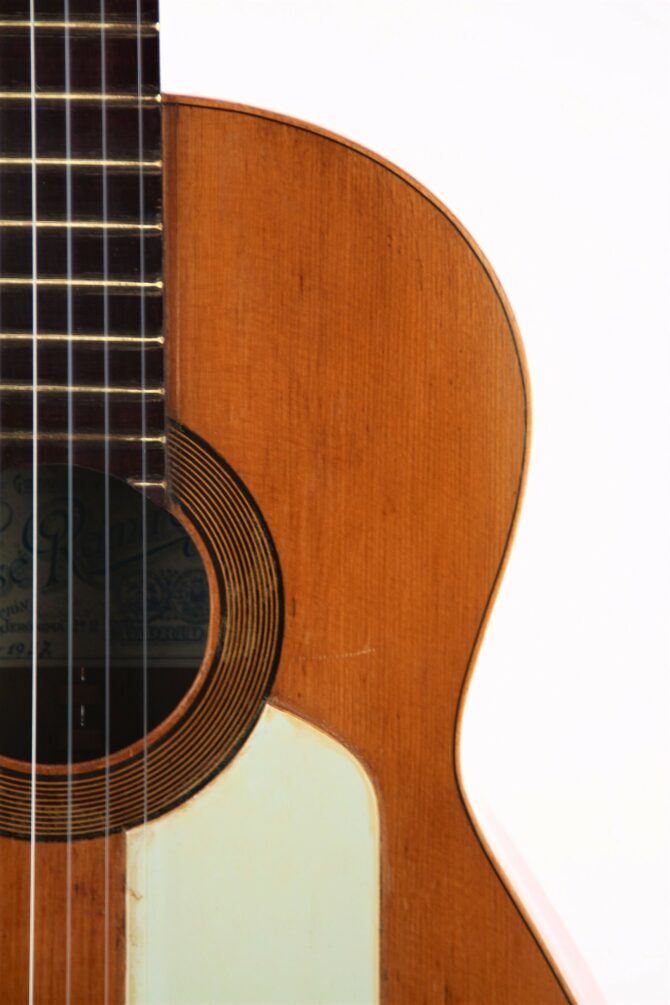 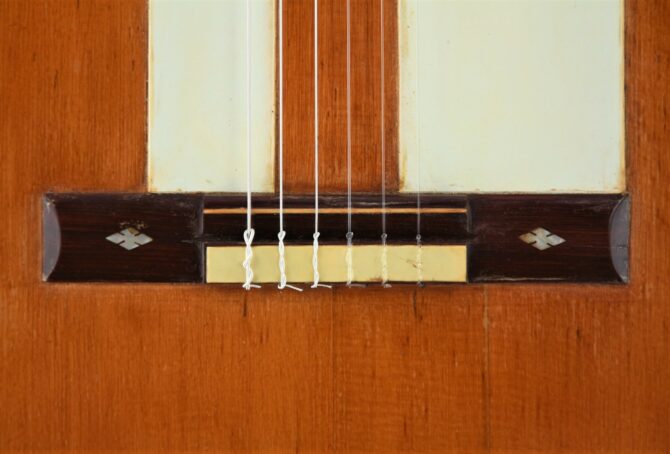 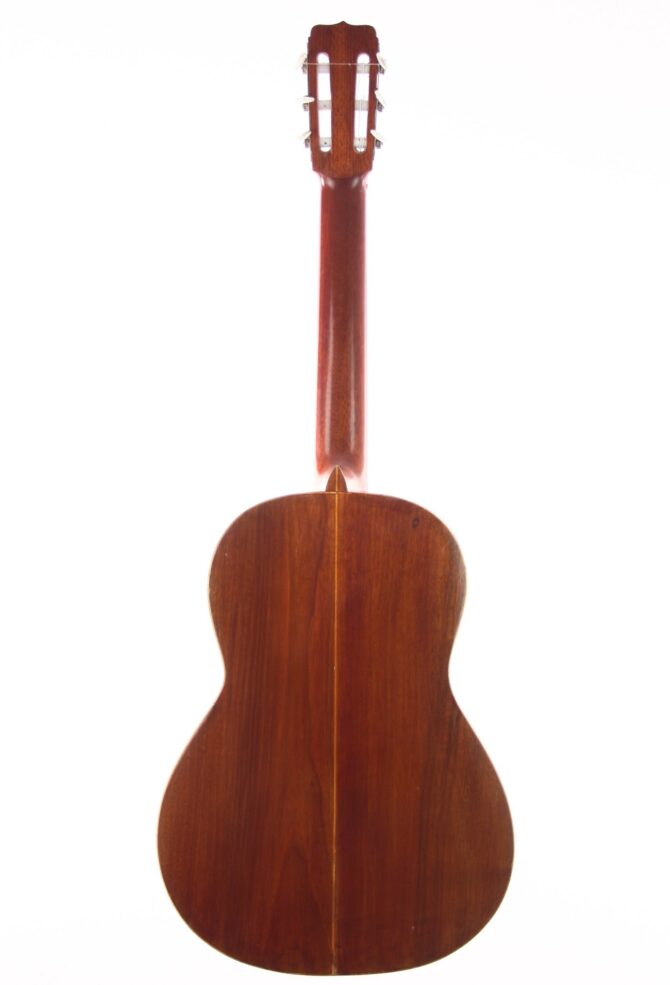 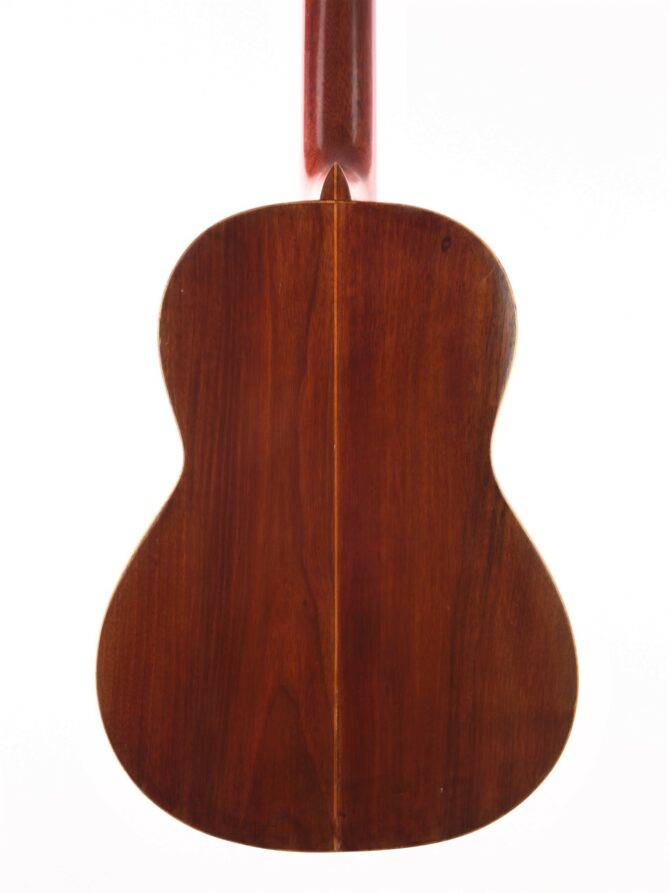 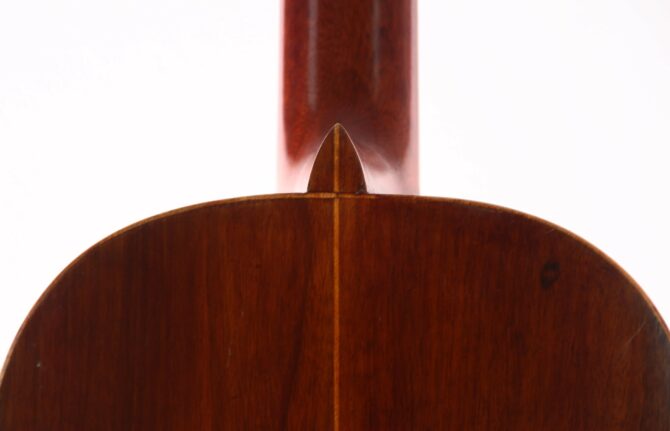 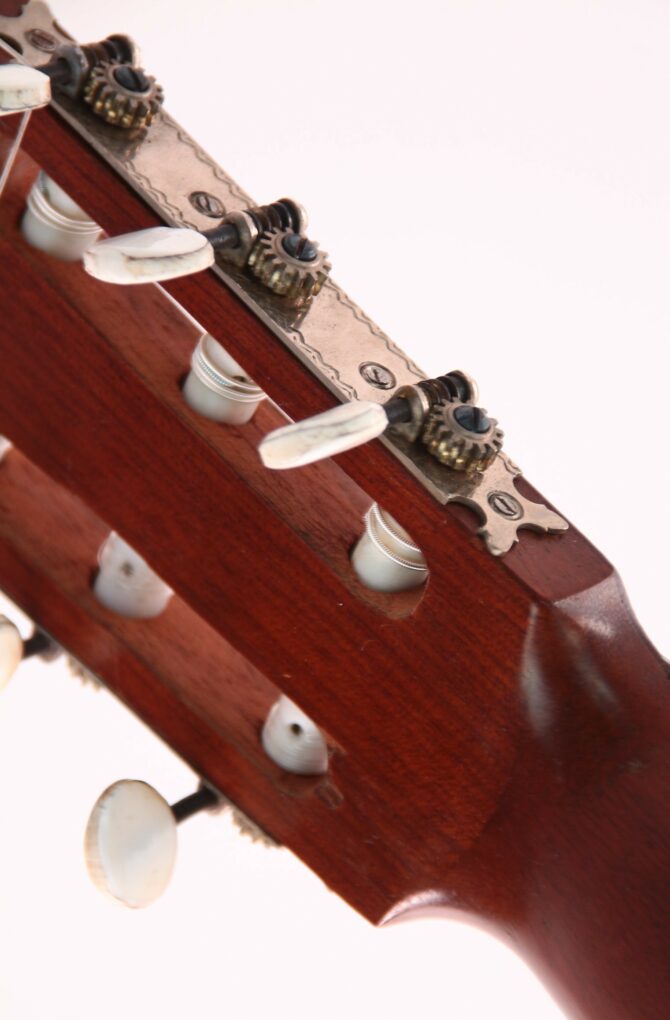 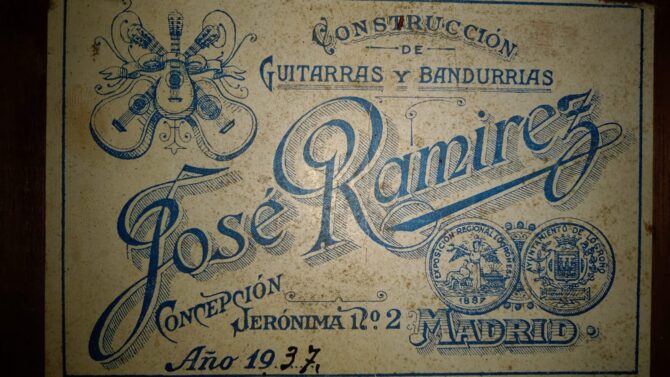 A great sounding classical guitar, that has been built in the shop of José Ramirez II in 1937. It has the real old Ramirez sound … a great guitar and a piece of history!

This guitar has a spruce top and pearwood back and sides. The scale lengths is 652 mm and the nut width 51 mm.
It is in original condition and has been restored professionally some time ago.