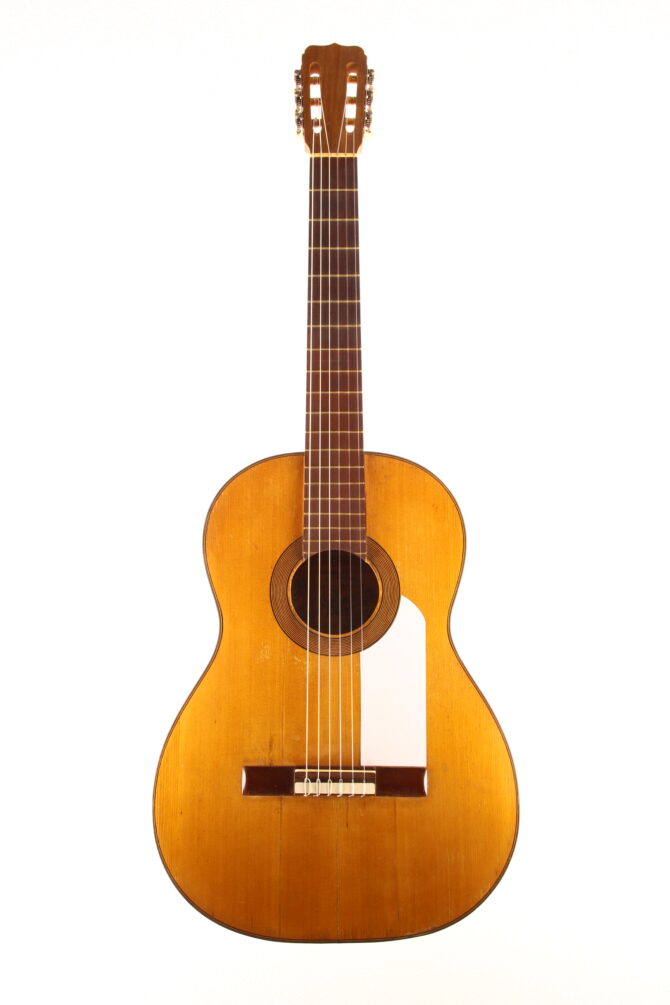 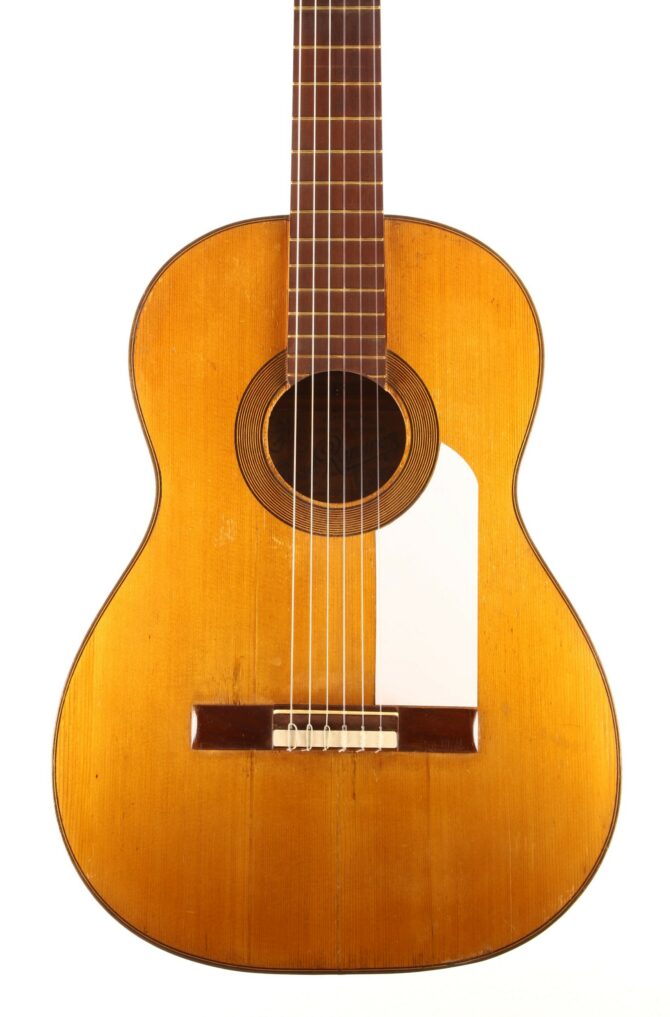 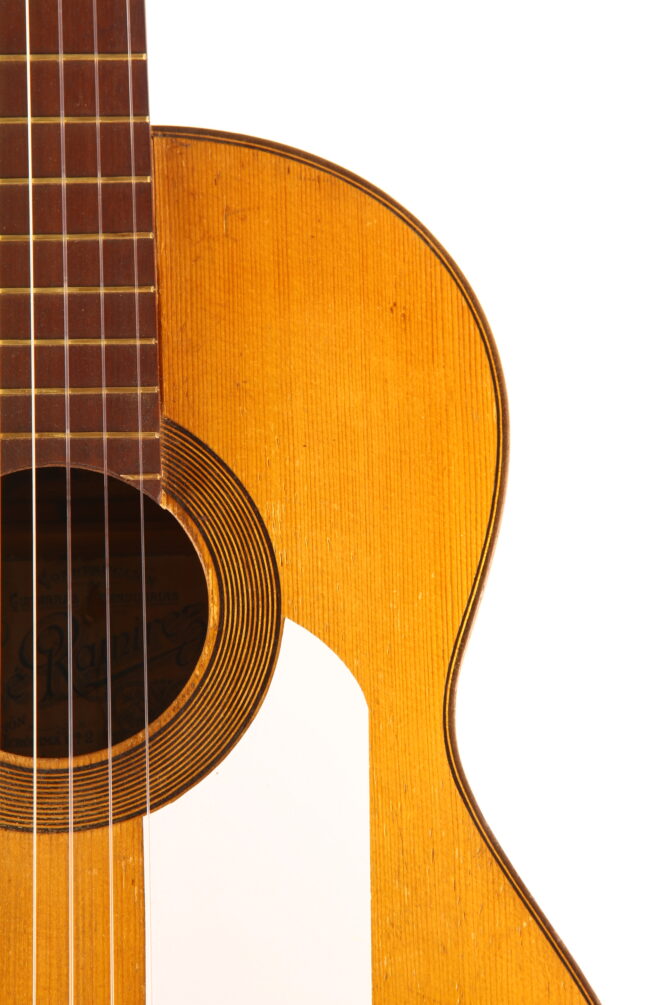 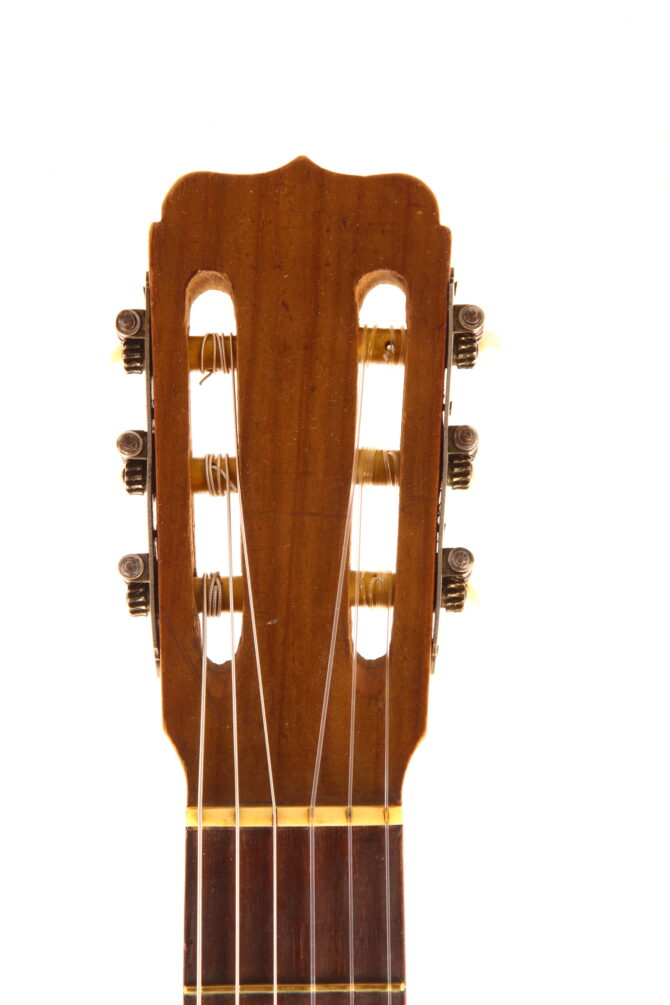 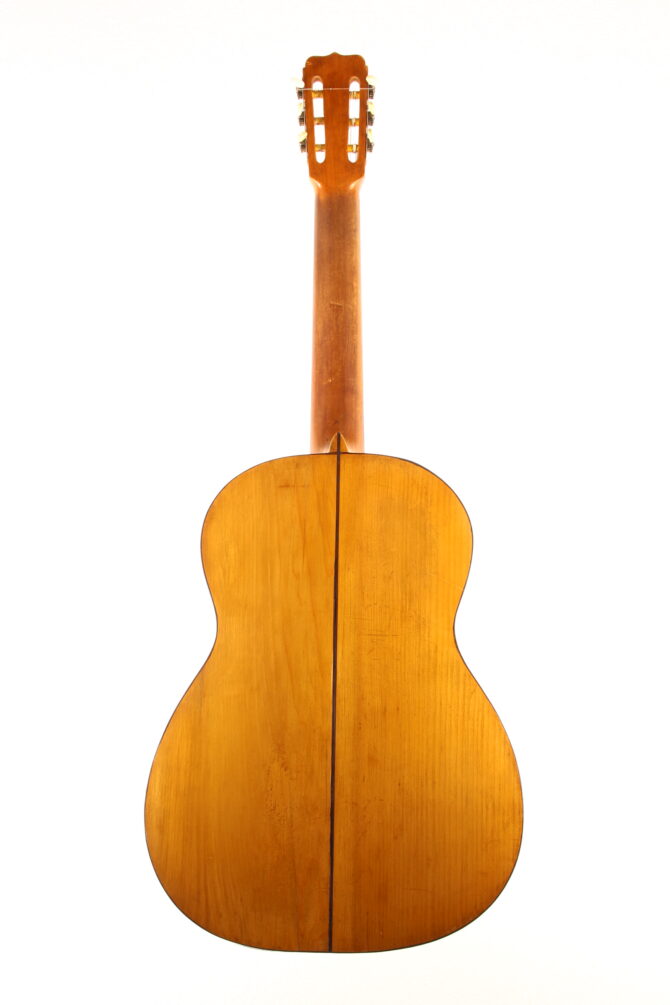 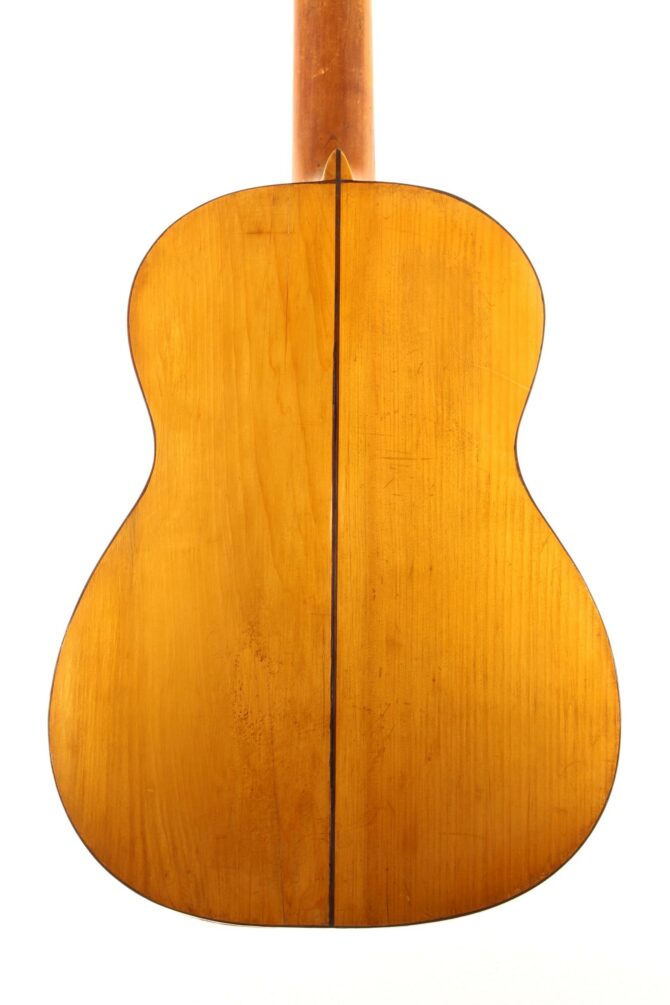 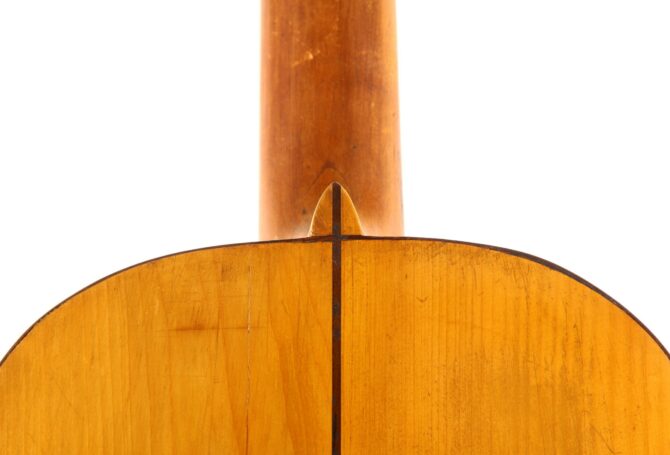 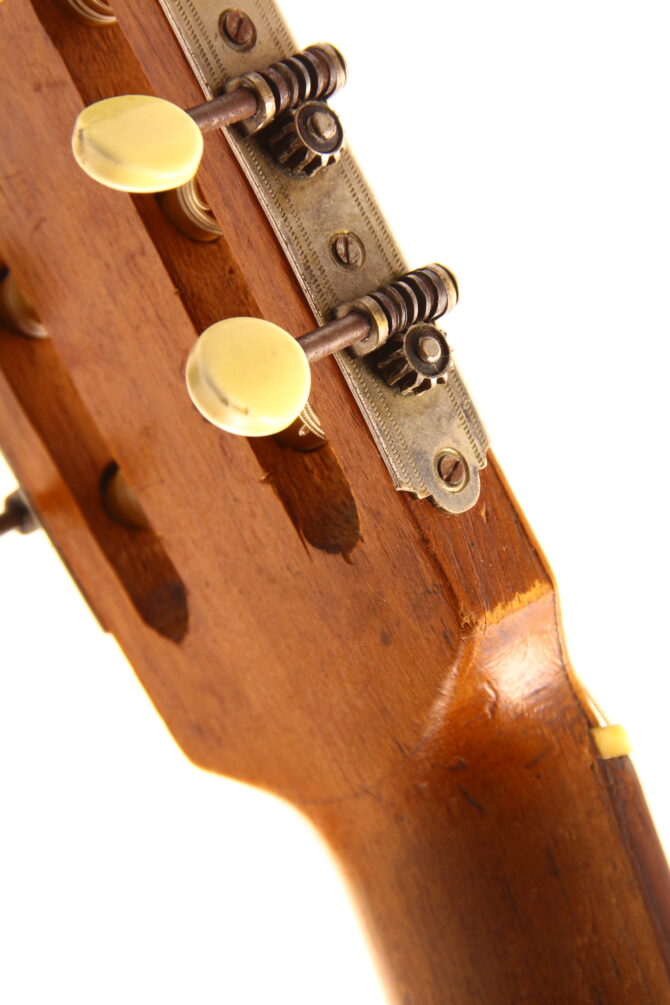 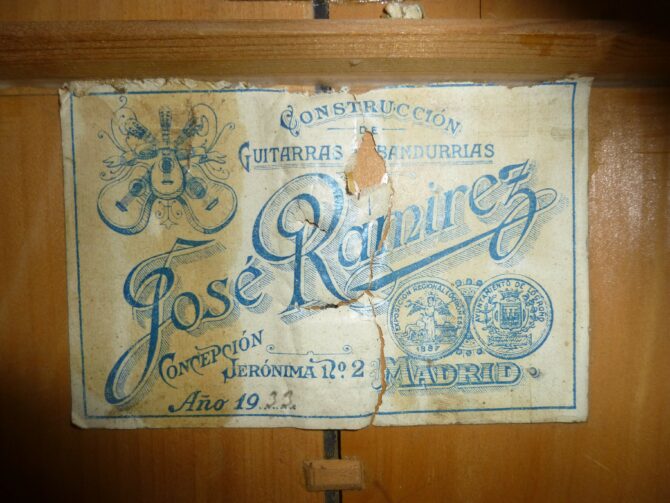 A great sounding flamenco guitar, that has been built in the shop of José Ramirez II in 1933. It has the real old Ramirez sound … a great guitar and a piece of history!

This guitar has a spruce top and cypress back and sides. The scale lengths is 650 mm and the nut width 51 mm.
It is in is original condition and has been restored several years ago. Some cracks have been glued and it has been adjusted.

We’ve not seen many of that old guitars, that play so nice with a low action and a straight neck. The action at the 12th fret is E6 3.2 mm and E1 2.8 mm – the saddle of the bridge still has plenty of space left for future adjustments.

The sound is a real deal … a true vintage sound which you can only find on the best old guitars built by a skilled master.
It has these deep basses and a round nice vintage tone. A rich sound with the most beautiful timbres.

A hardcase is included in the sale.