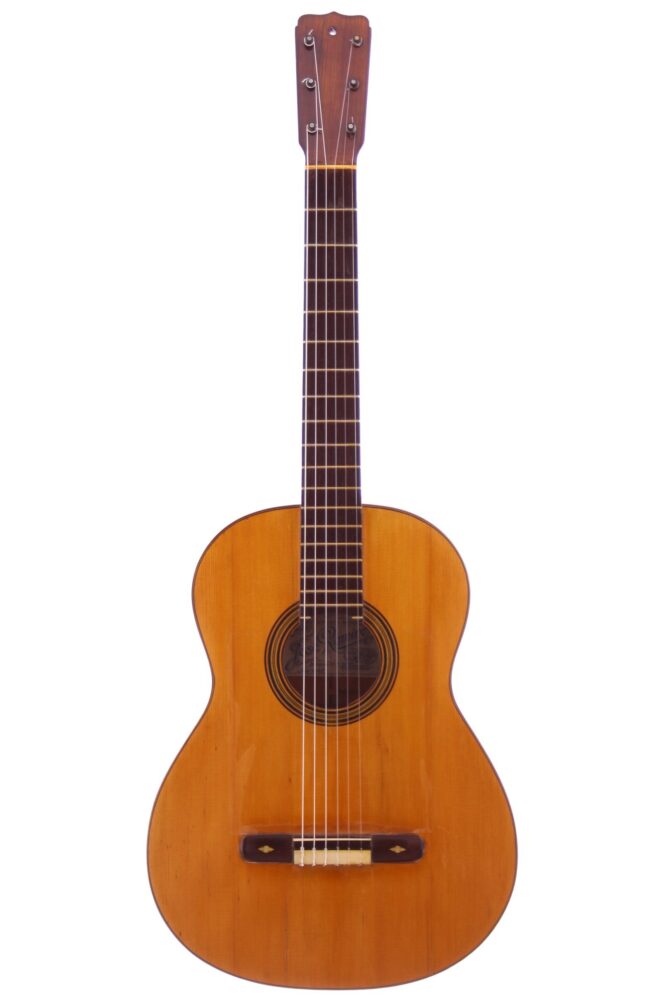 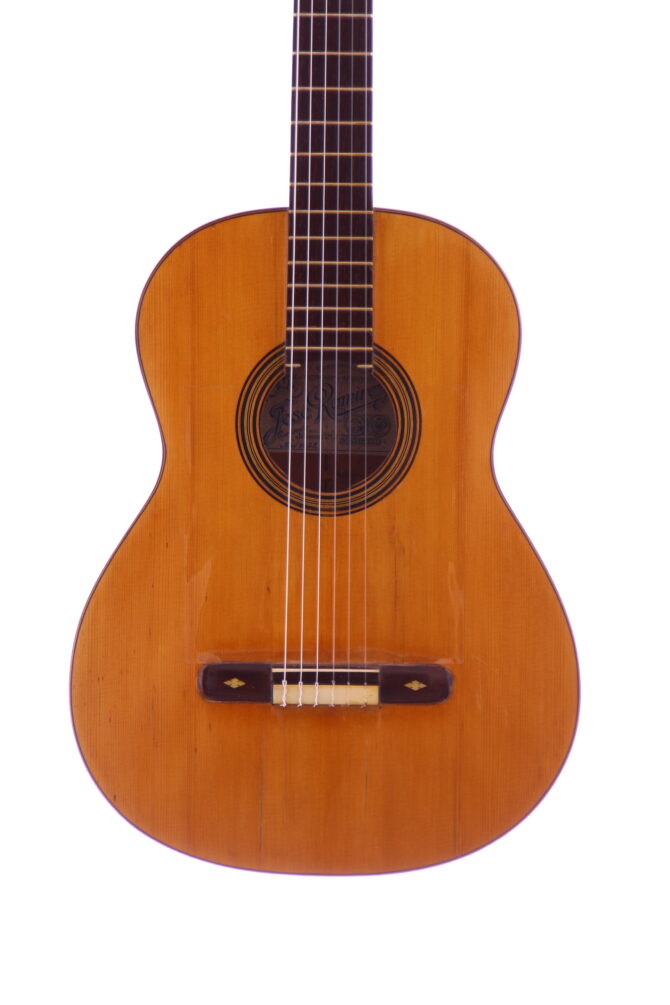 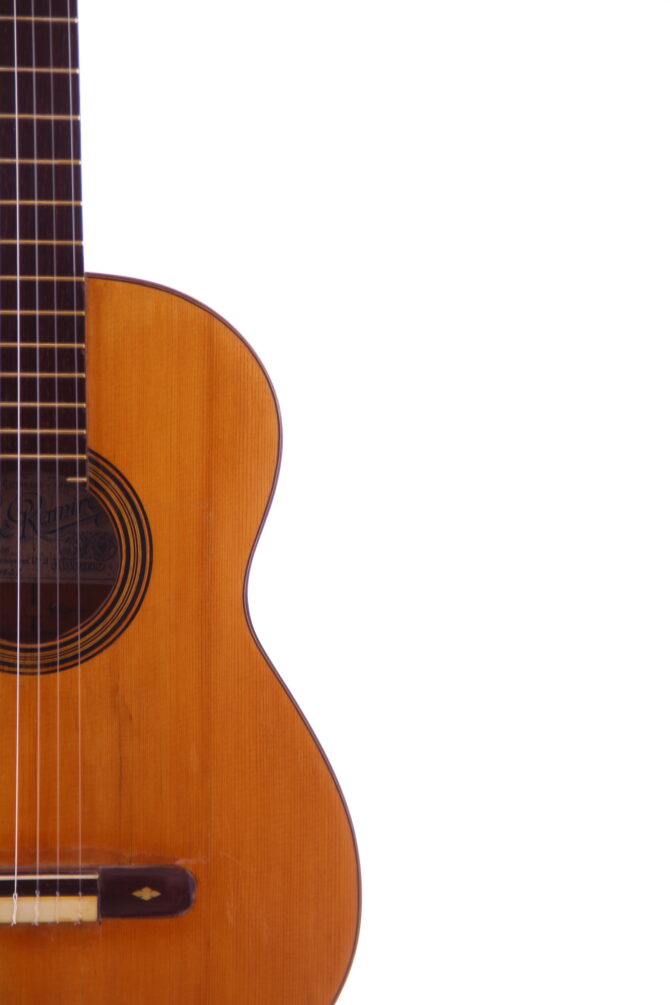 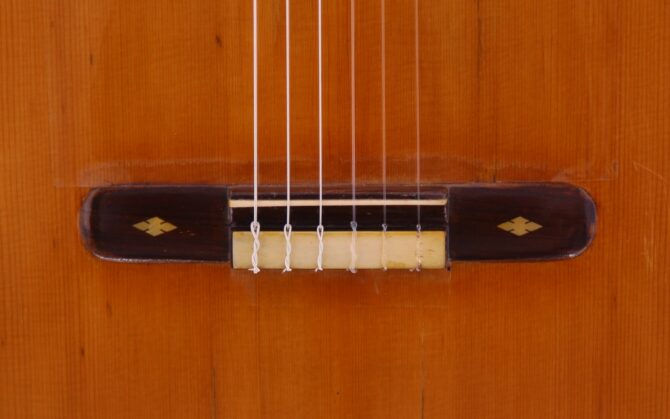 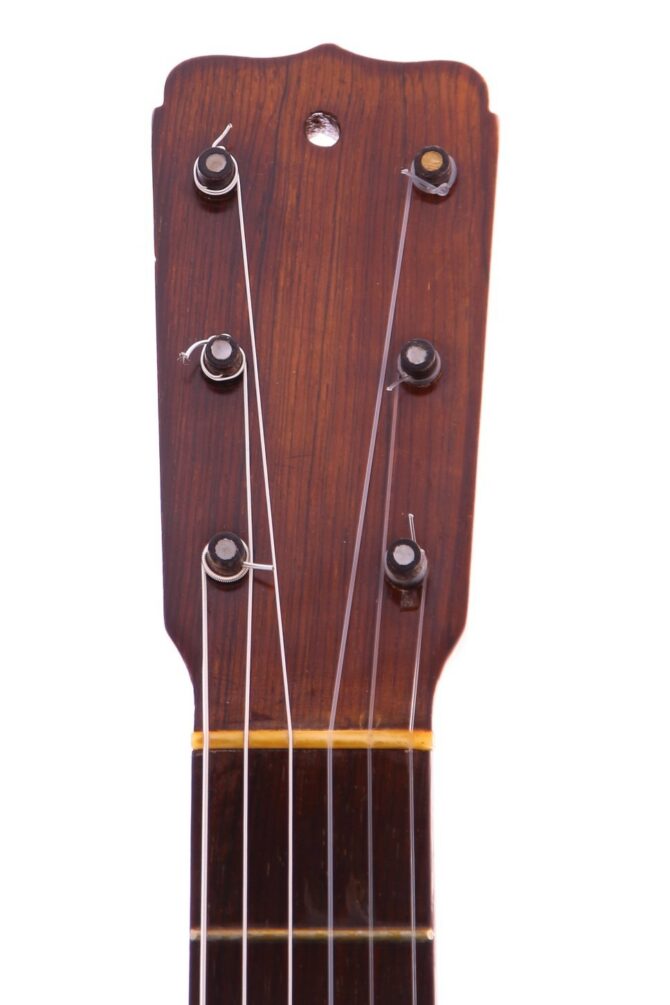 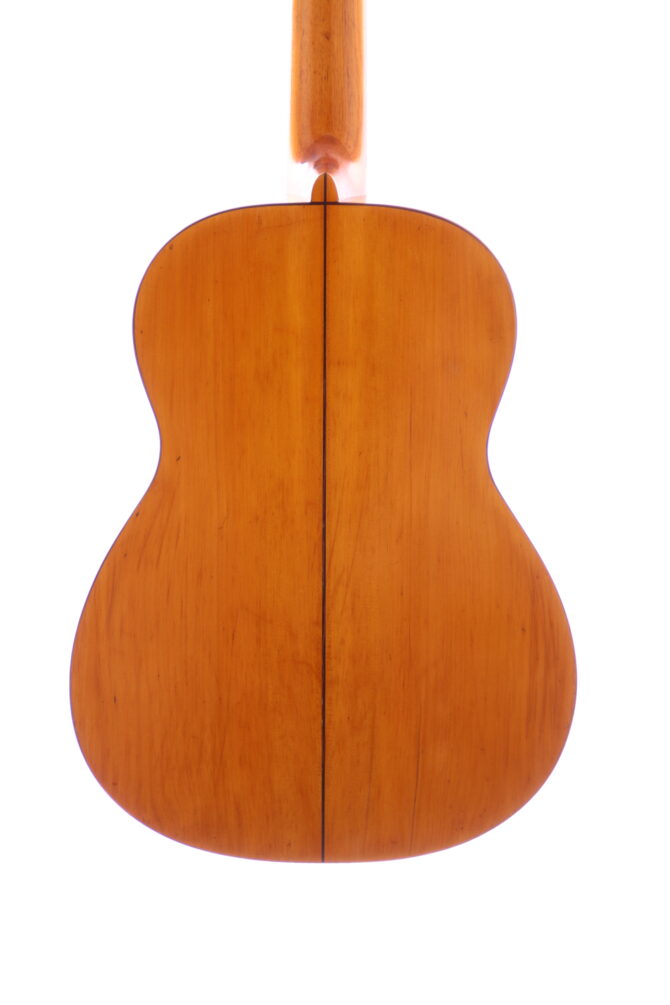 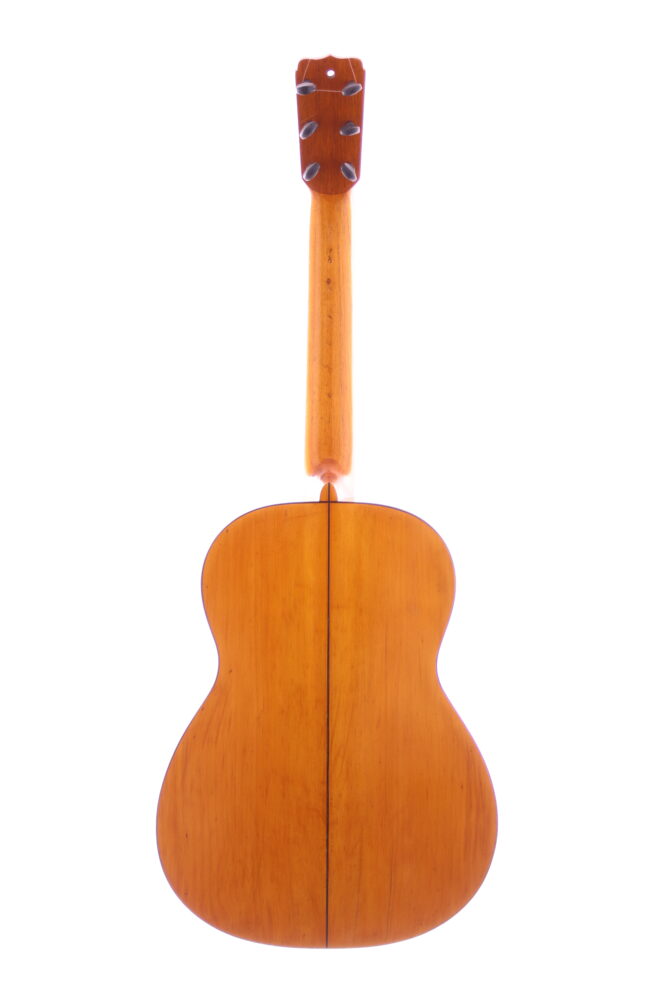 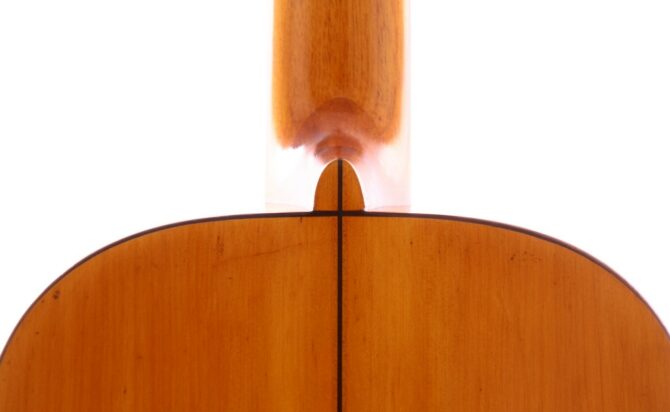 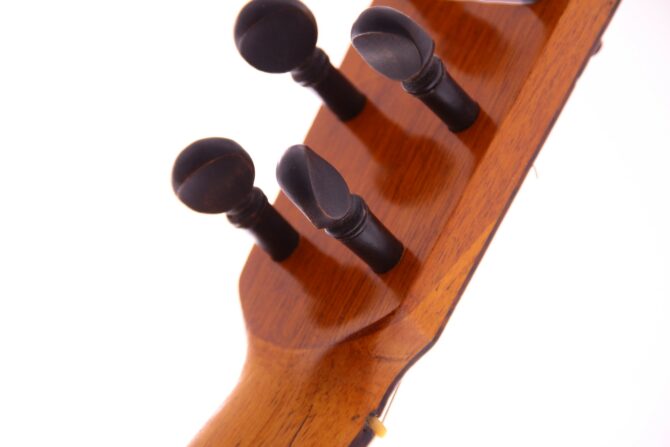 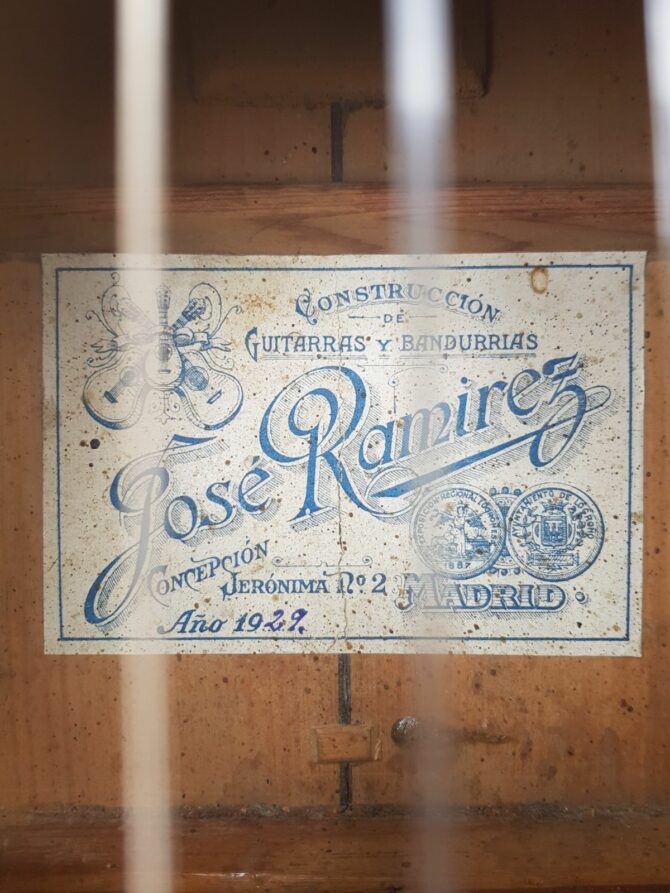 There is not much to say about the name Ramirez … this family of luthiers has formed the history of guitar making like no one else.
For more than 100 years they have been producing world-class guitars.
This guitar comes from the time when Ramirez II has taken over the shop from his father Ramirez I. It is what we call a tablao guitar, because musicians used it to play in the flamenco bars, called tablao. At that time Ramirez was the first address for musicians to get a good flamenco guitar.

This guitar has the great flamenco sound known from the old recordings of the great masters …
It has a very voluminous sound and offers besides the loud tone an enormous warmth. The basses are absolutely fantastic and they have this unbeatable vintage character. The trebles are clear and distinguished. The guitar unfolds the most beautiful timbres in every single tone and inspires in all areas. Really a very nice instrument … you’ll definitely love it.

It plays very easy, with a low action, a straight neck, perfectly setup!
The top is made of spruce and back and sides of cypress. The scale length is 650 mm and the nut width 51 mm.

If the guitar could speak, it would certainly be able to tell about many evenings in the different tablaos and from the stages in different places in Spain.
It is in surprisingly good condition, with only some light repairs, which have been professionally done. It plays very nice with a low action and a straight and comfortable neck.