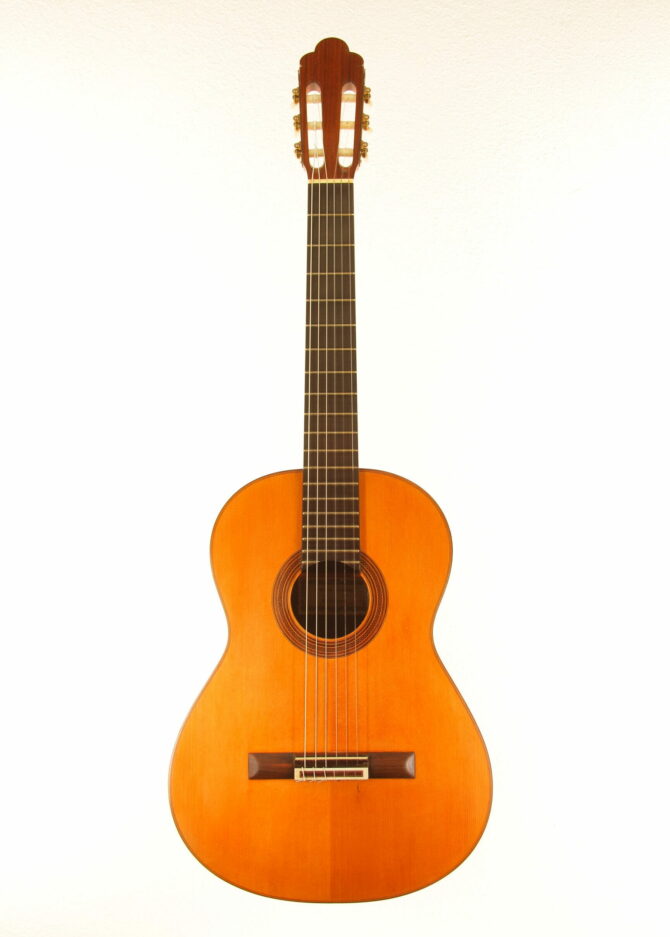 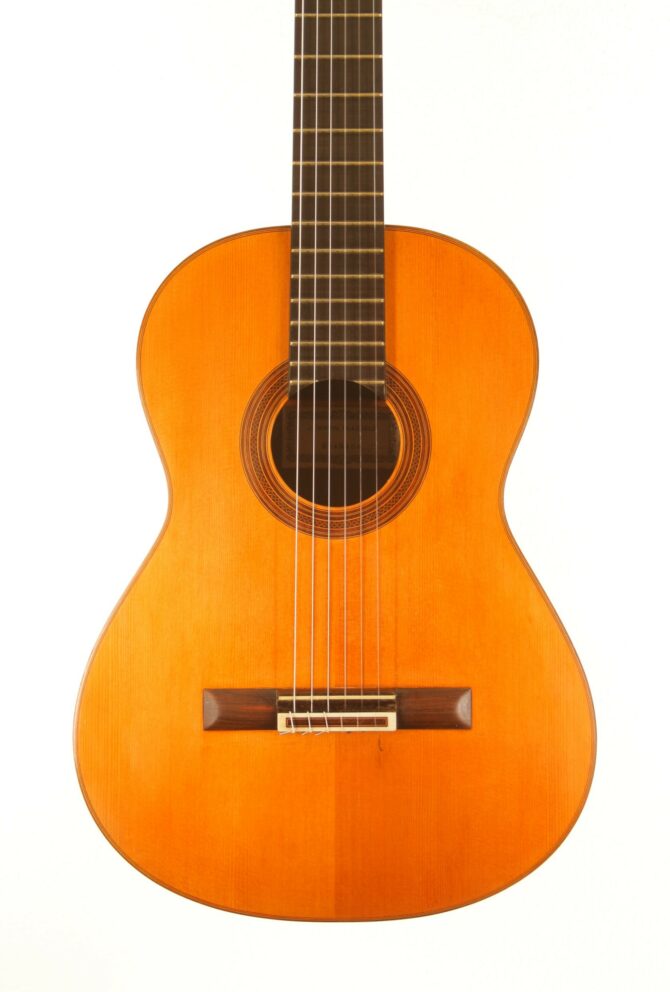 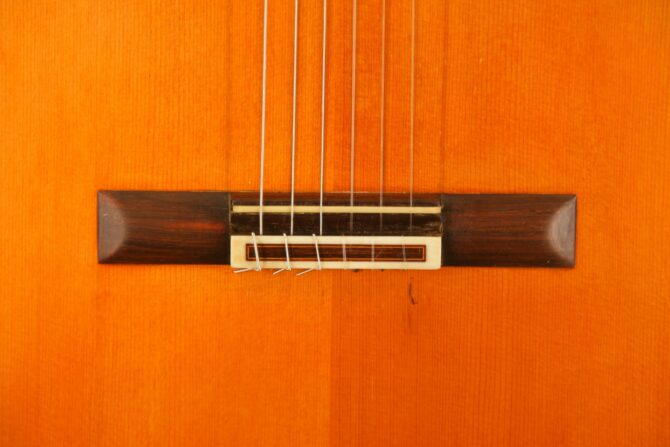 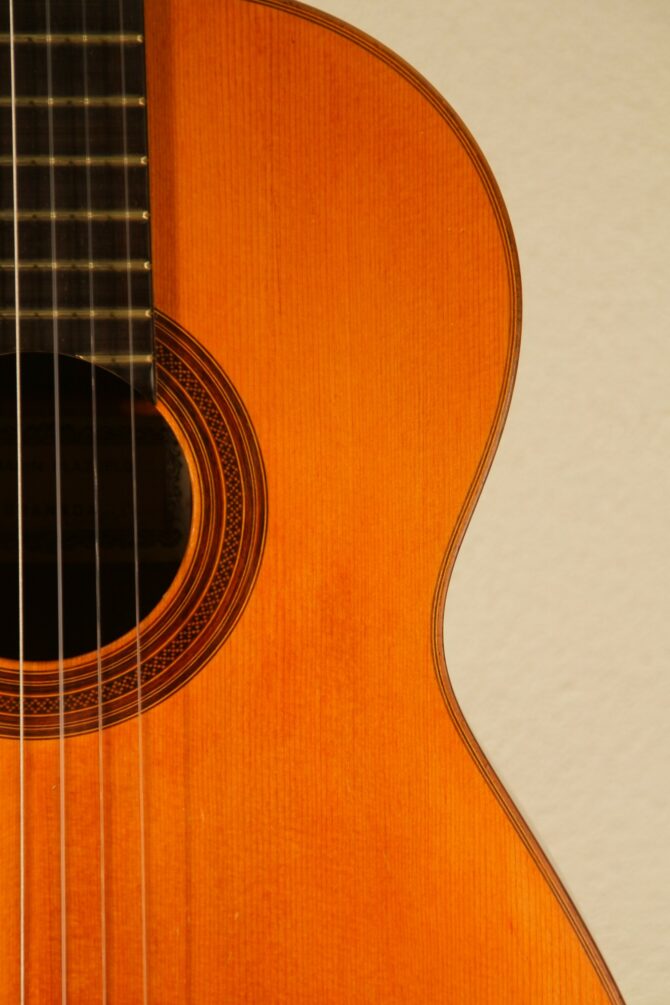 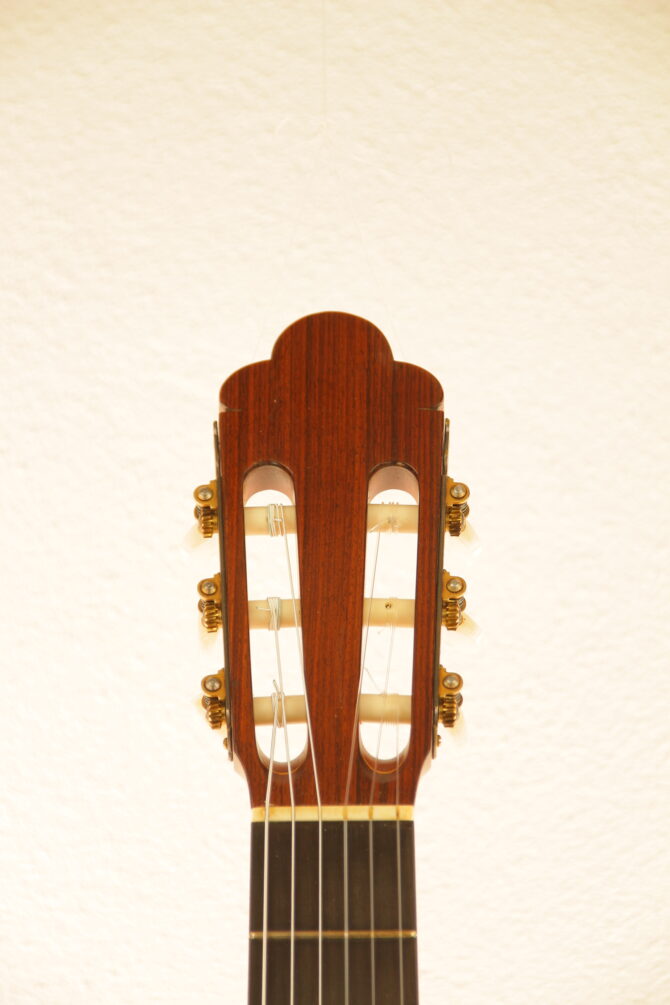 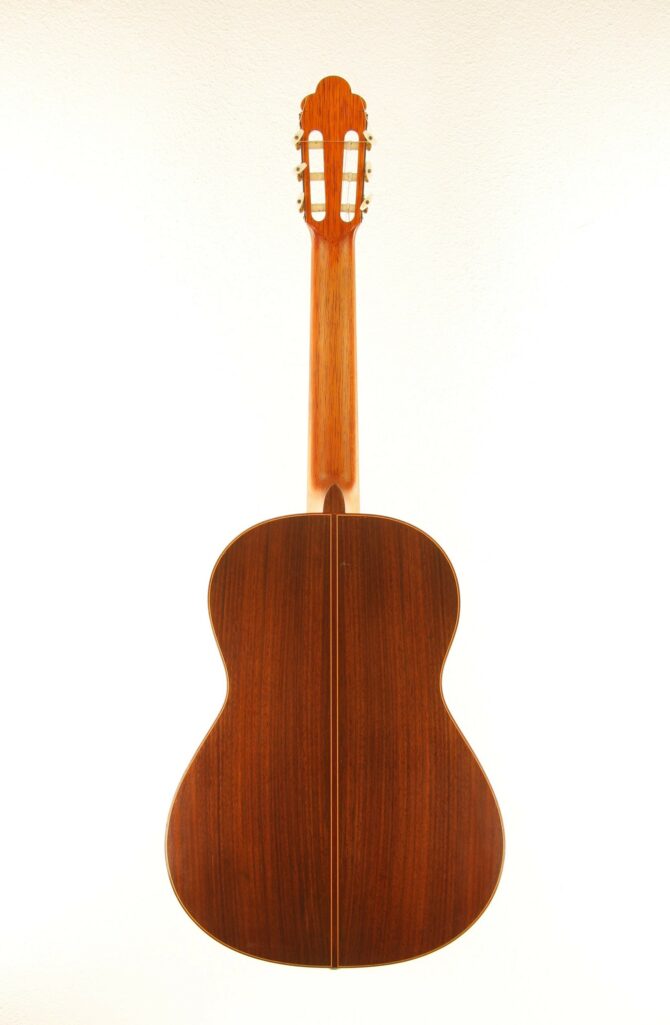 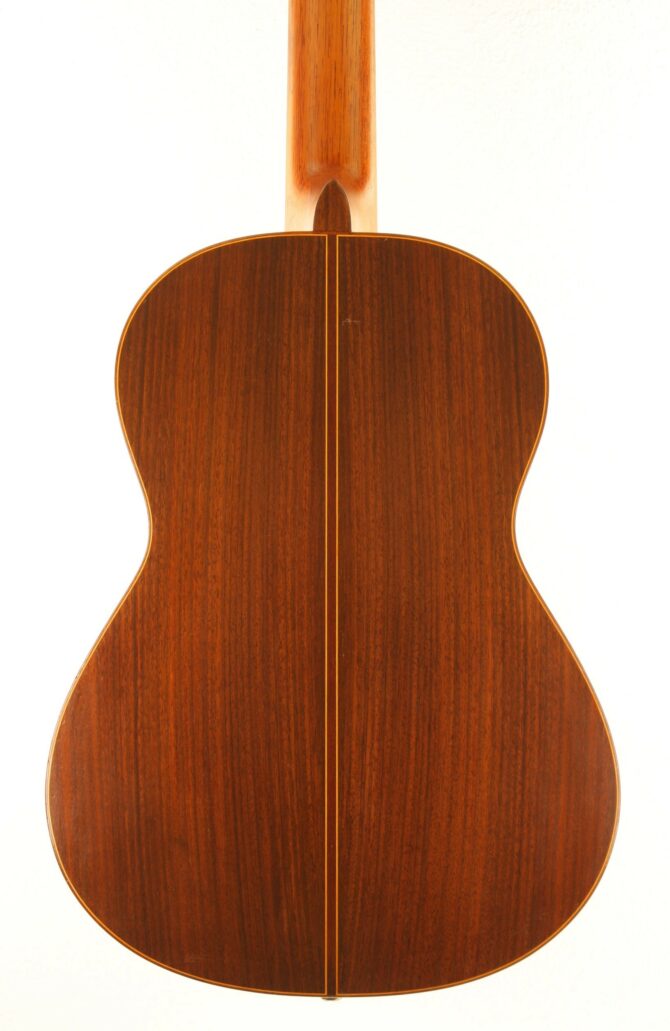 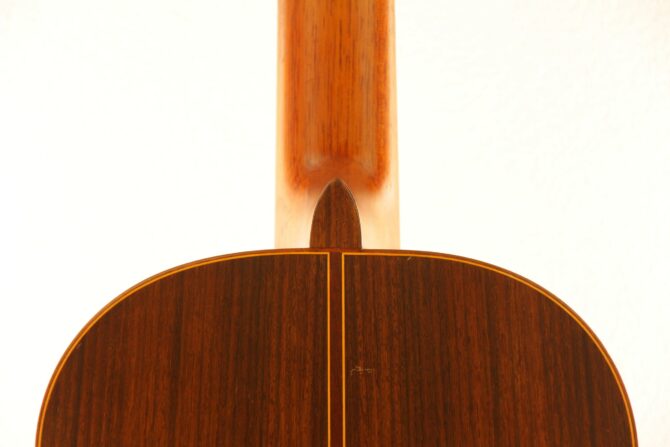 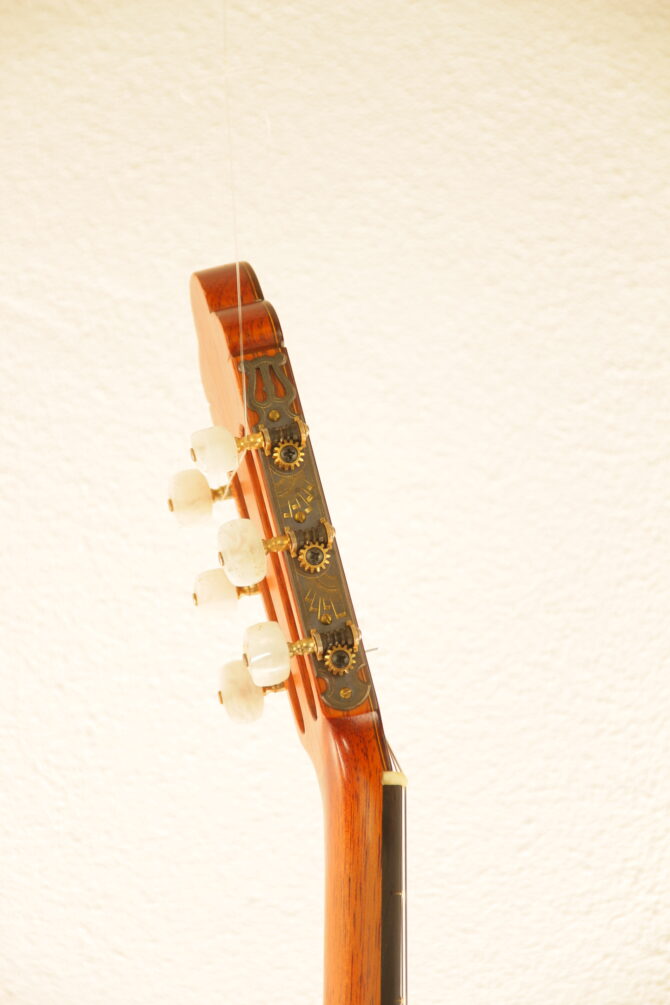 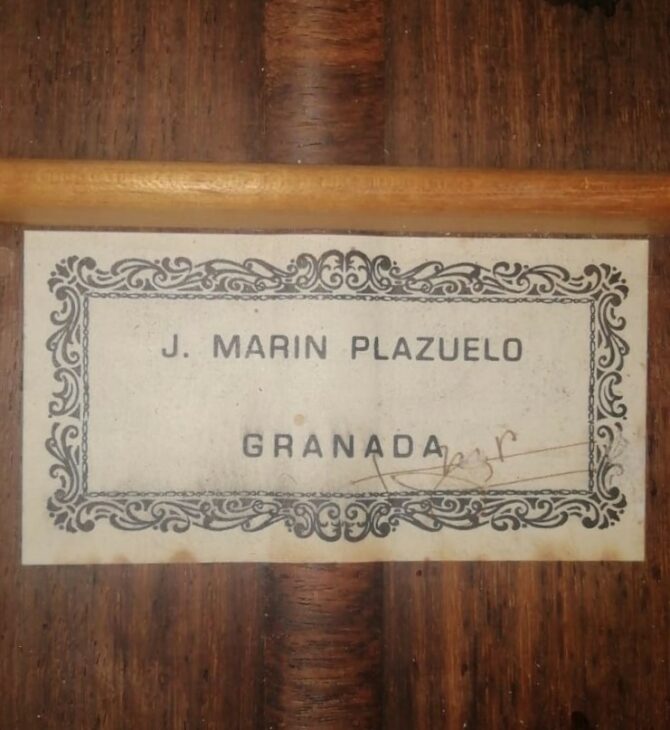 This is a “Bouchet” model nearly identical to the guitar made by his well-known uncle, Antonio Marin Montero which features the lighter 5-fan bracing system and “under bridge” brace. This increases the flexibility of the top while maintaining structural stability, and when done properly (as in this Marin/Plazuelo system), greatly increases dynamic range and tone modulation of the instrument.
It is regarded by many as one of the great innovations of the 20th century first used by French luthier Robert Bouchet, who was a friend and colleage of Antonio Marin.

The playability is a dream, and materials are superb, including this stunning rosewood used for the back and sides and a fine alpine spruce top.

The sound of this guitar is fat and round, with explosive power. The dynamic range and tone produced by the guitar are not easily surpassed. Besides its powerful nature, it has a lot of sweet tones to offer and the timbres as well as the tonal spectrum seem endless.
A concert-level guitar is that wonderful instrument and it also plays so impressively easy.

Condition is excellent with only some minor wear in the finish and a small repaired hairline crack – no other repairs or damages. Scale length is 645 mm and the nut width 52 mm. Original guitar case is included. A microphone pickup has been installed at some point. This can be removed if desired.