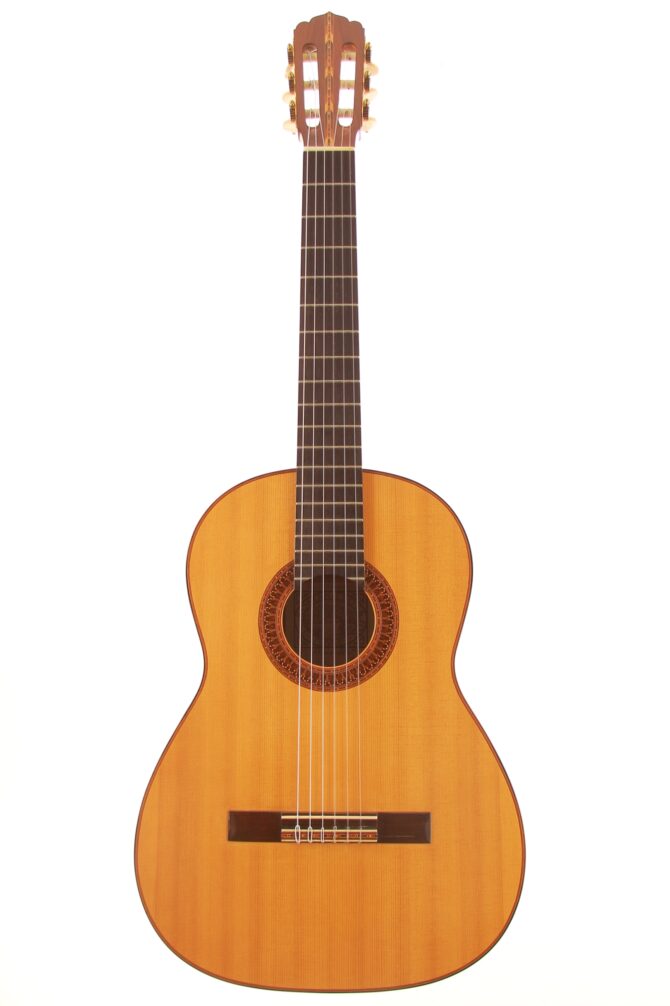 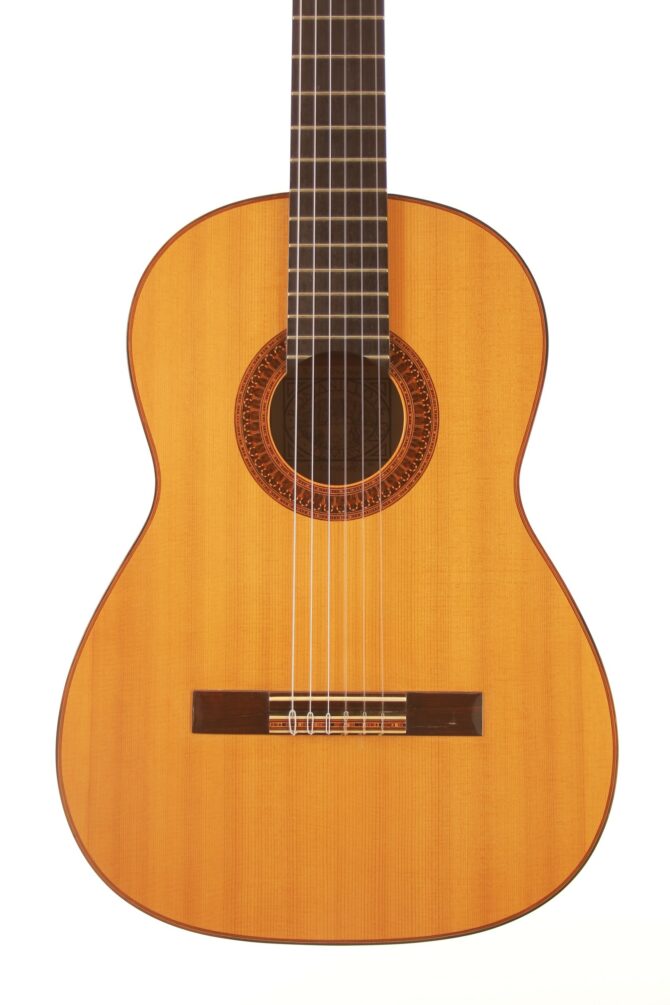 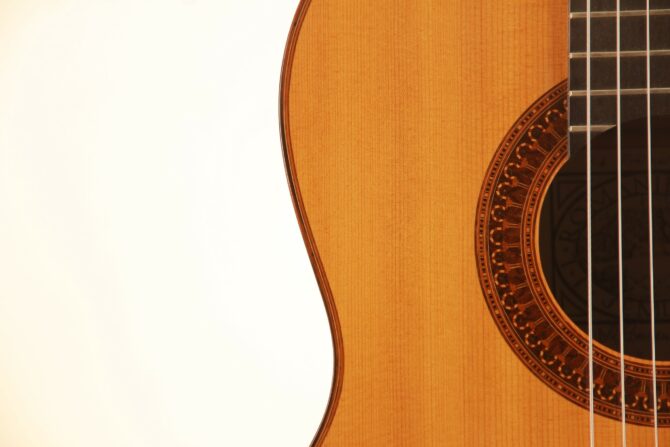 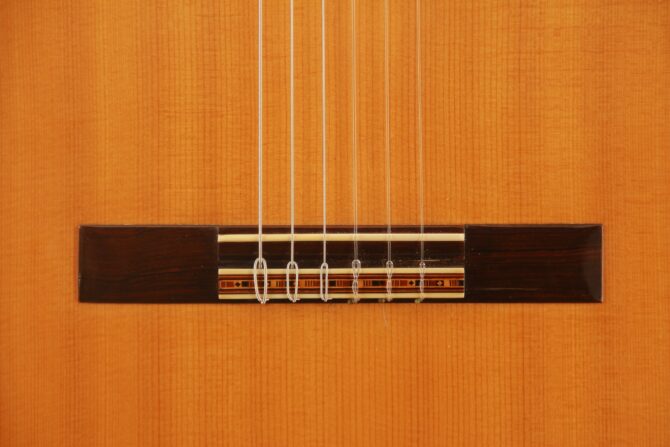 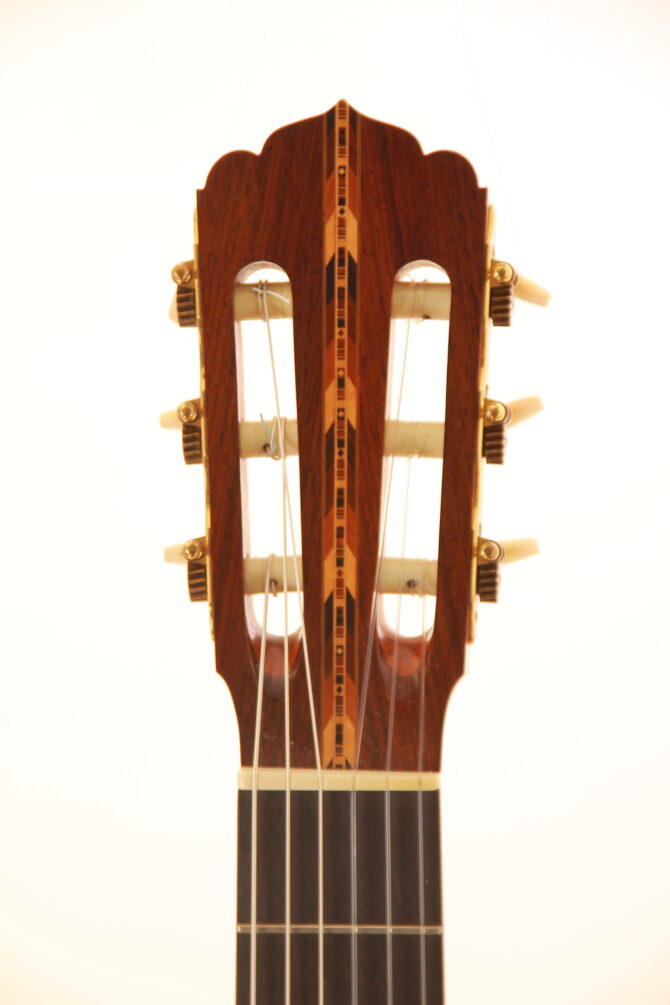 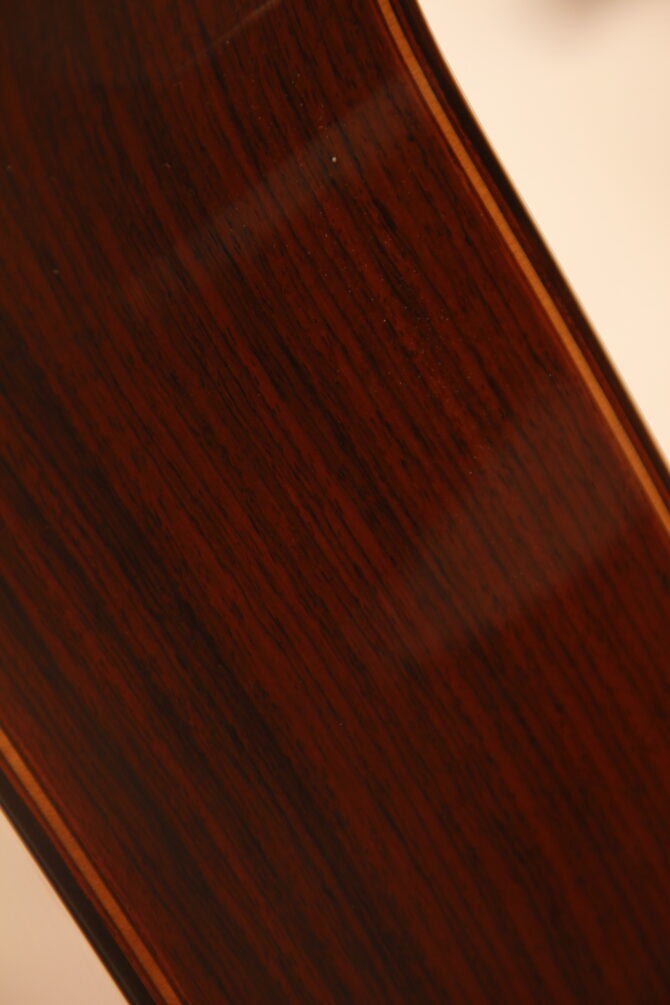 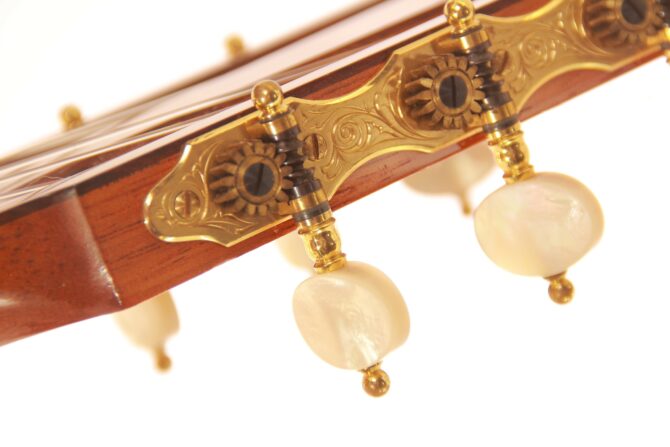 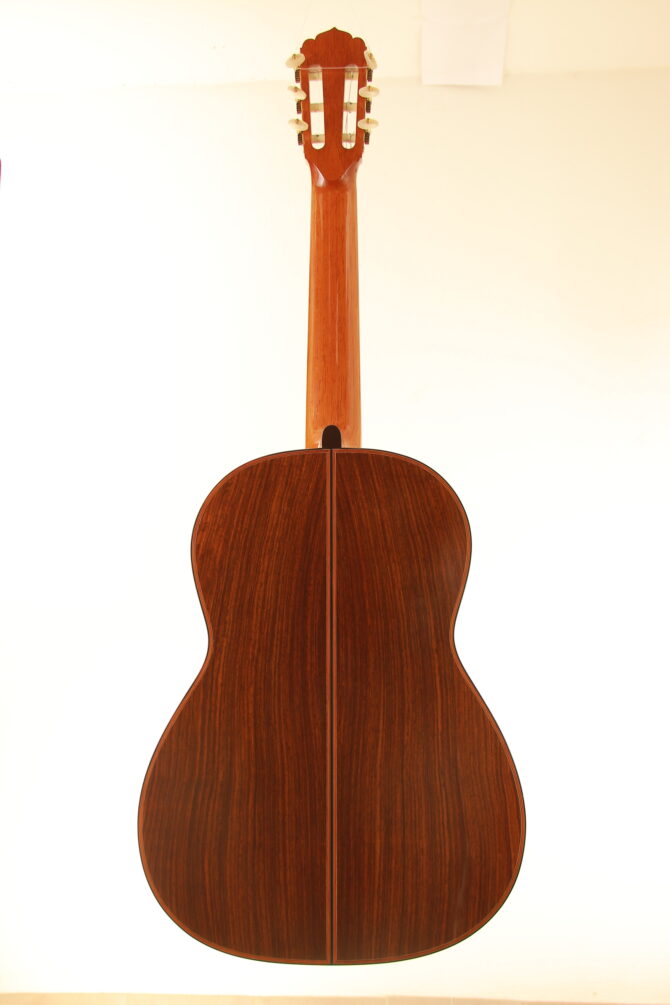 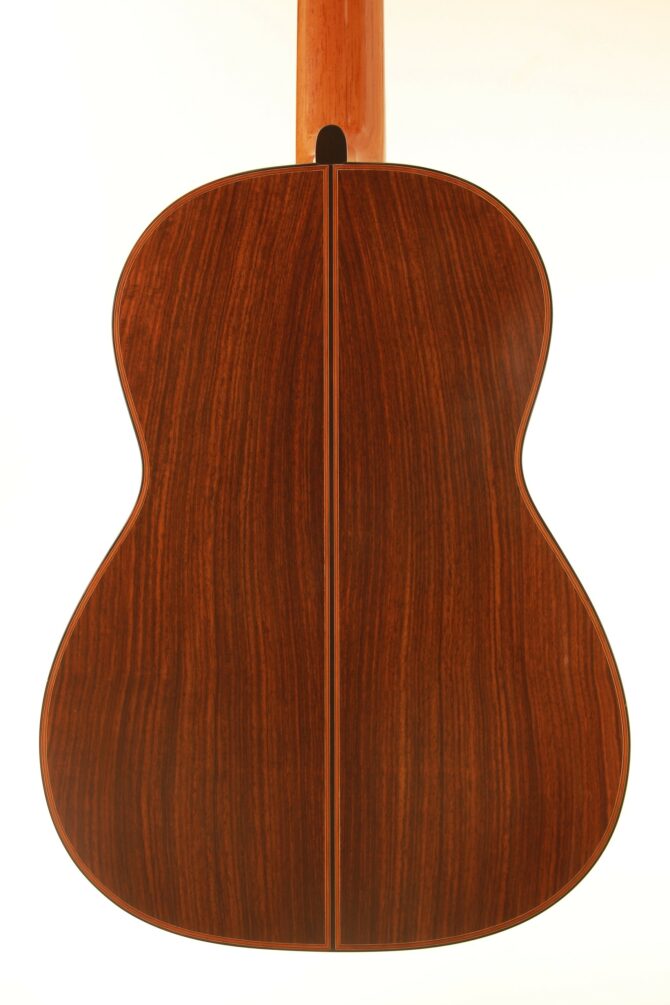 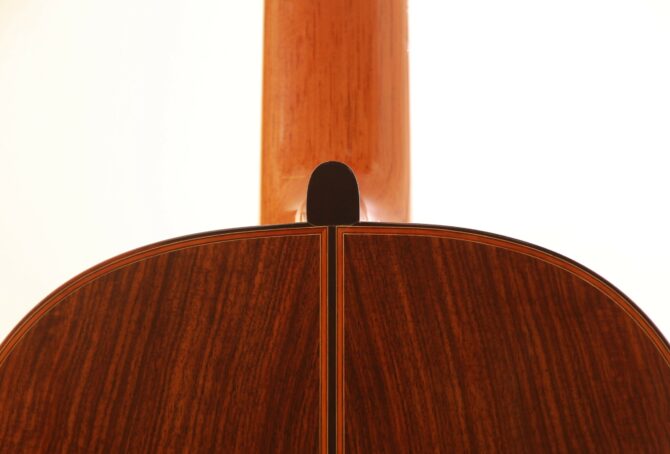 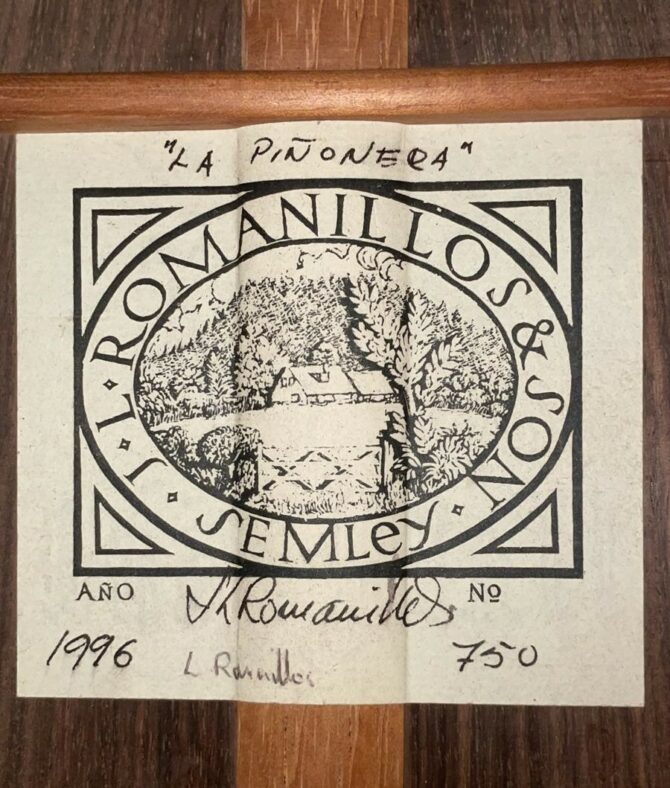 José Luis Romanillos Vega is from Madrid and was originally a carpenter. He later moved to England to work. It was in England where José Luis Romanillos built his first Spanish guitar and also where he was encouraged to start guitar building workshops by the famous English guitarist Julian Bream. In 1970 J. L. Romanillos founded a guitar making workshop in Semley, Wiltshire. These workshops are legendary. They were held in numerous countries, along with lectures and seminars on the organology of the guitar.
He also gave lectures on the history and development of the Vihuela de Mano and the Spanish guitar. In addition, he was a member of the Crafts Council of Great Britain for ten years.
In 2002, in collaboration with his wife Marian, he published an encyclopedia on stringed instrument makers and guitar makers in Spain entitled “The Vihuela de Mano and the Spanish Guitar.”
His research on Antonio de Torres and his book “Antonio De Torres: Guitar Maker His Life and Work” are also famous worldwide.

Romanillos guitars are appreciated by guitarists from all over the world for their sound quality and aesthetic appearance. Pure sound and harmonious balance of voices are what Romanillos strived for and achieved in his quest for the subtle “Spanish sound”. The Daily Mail has called him “the Stradivarius of the guitar” and the Italian magazine Sei Corde “the most important living stringed instrument maker”.

This guitar is named “La Pinonera” and was built in 1996. It has the number 750.
It is signed by father and son both on the label and from inside under the top. It is an excellent concert model, richly decorated with inlays and featuring the legendary rosette inspired by the Mosque of Cordoba.
The back is made of Indian rosewood. The top is made of fine carefully selected spruce. The scale length is 650 mm and the nut width is 52 mm.
The guitar has taken on a gorgeous honey color and shows few signs of playing, as it has been treated with care over the years.

The sound of this guitar is pure, rich in color, round, full of character and offers many possibilities. What a pleasure to have such a gem in the range. Playability is excellent, but it is really the purity and richness of tone that captivates the guitarist.
Like all Romanillos, it is a guitar that requires some dedication on the part of the guitarist to fully open up, and rewards the musician with its soulful charm.