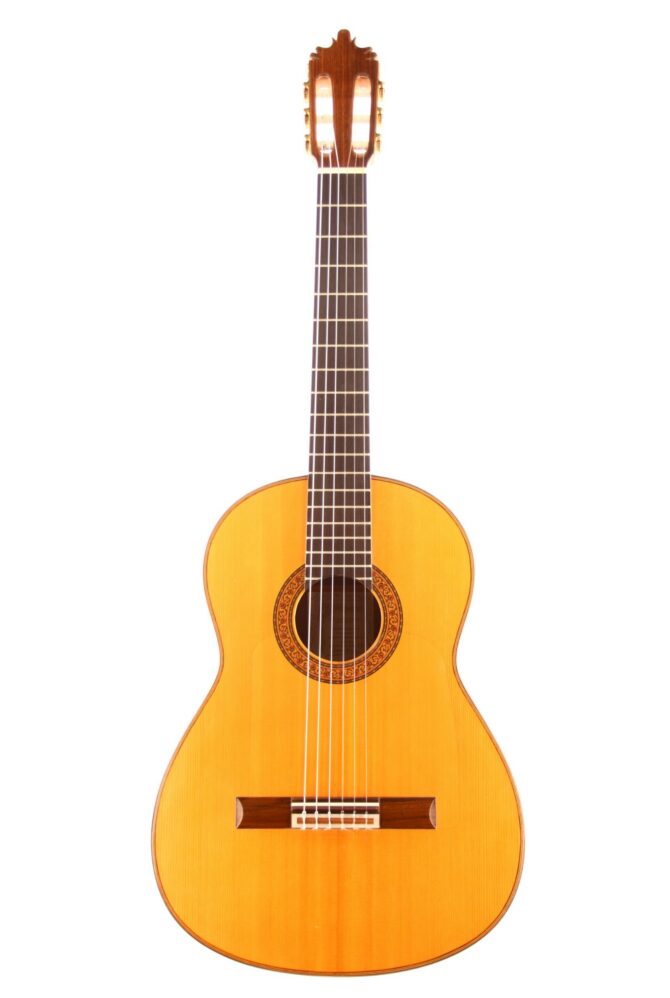 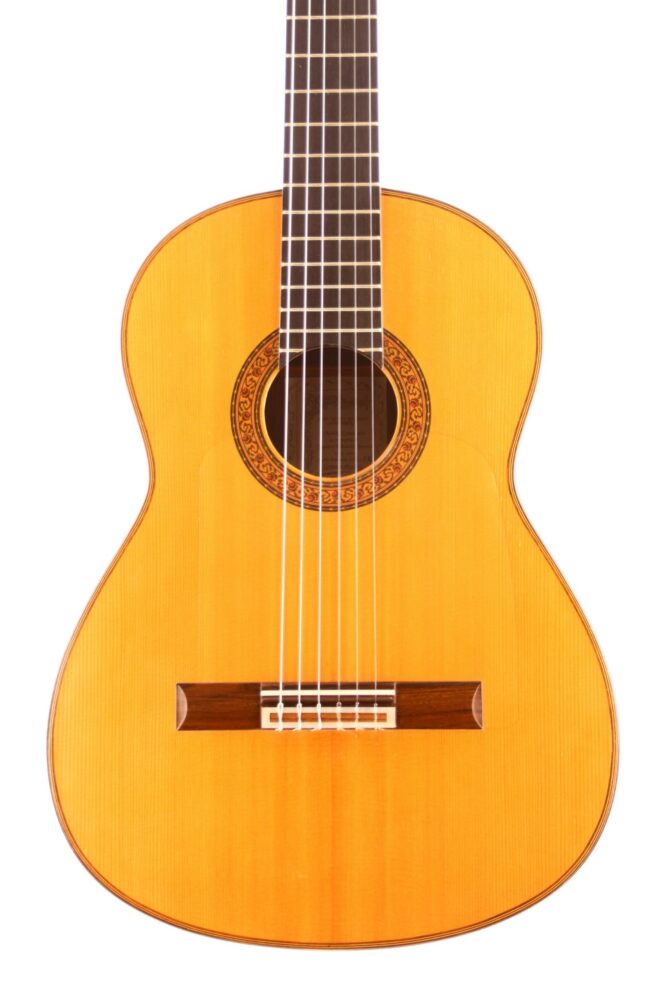 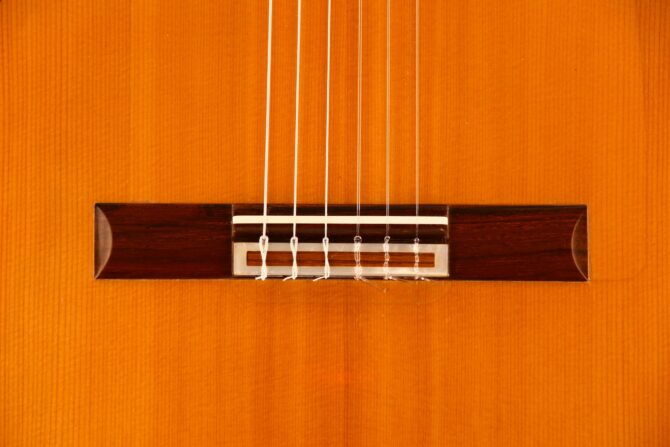 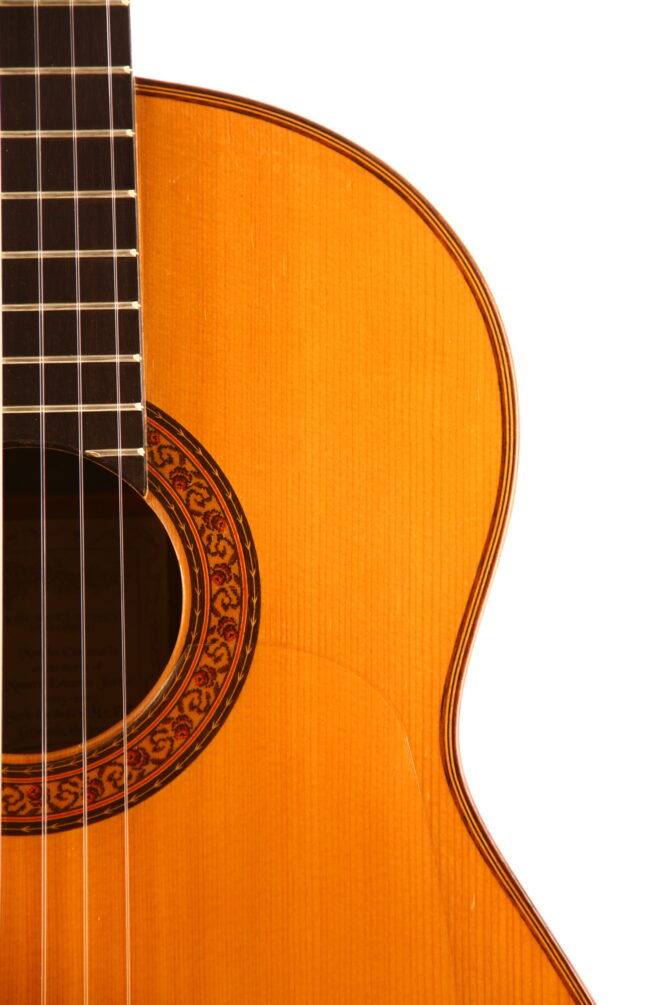 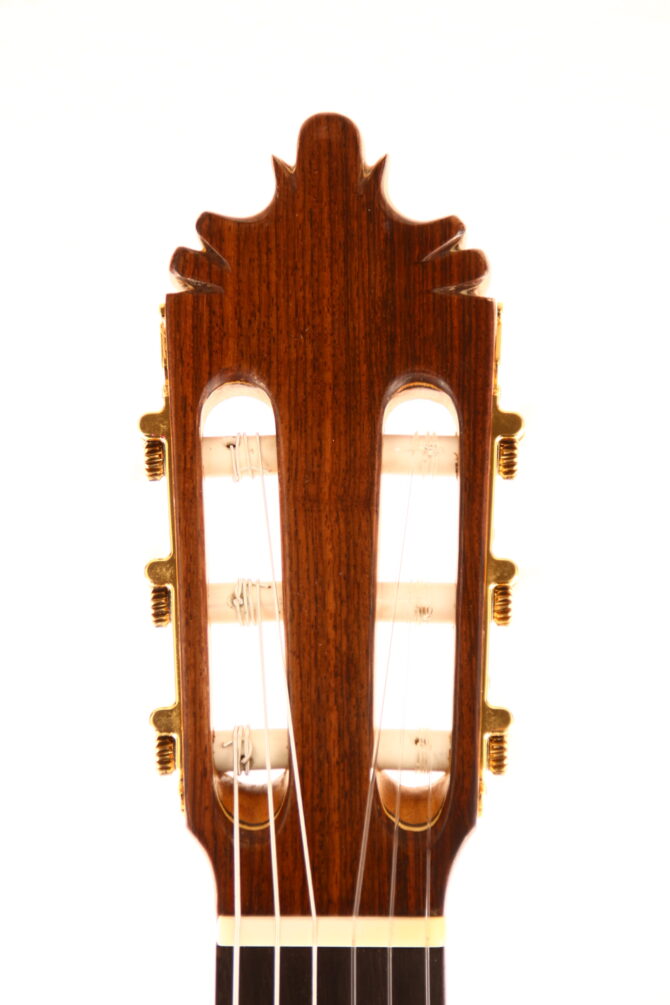 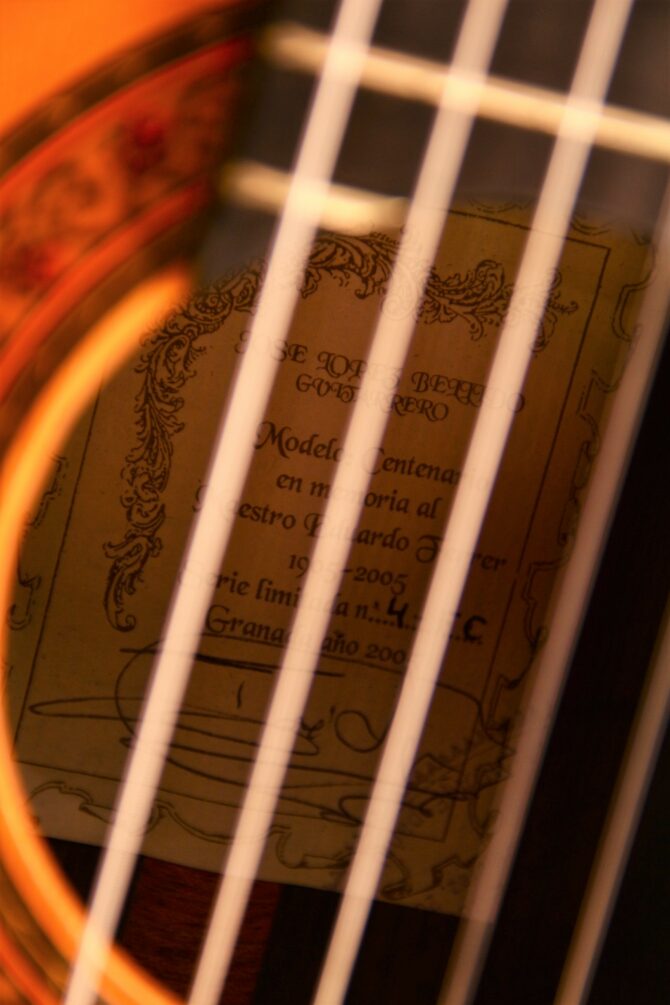 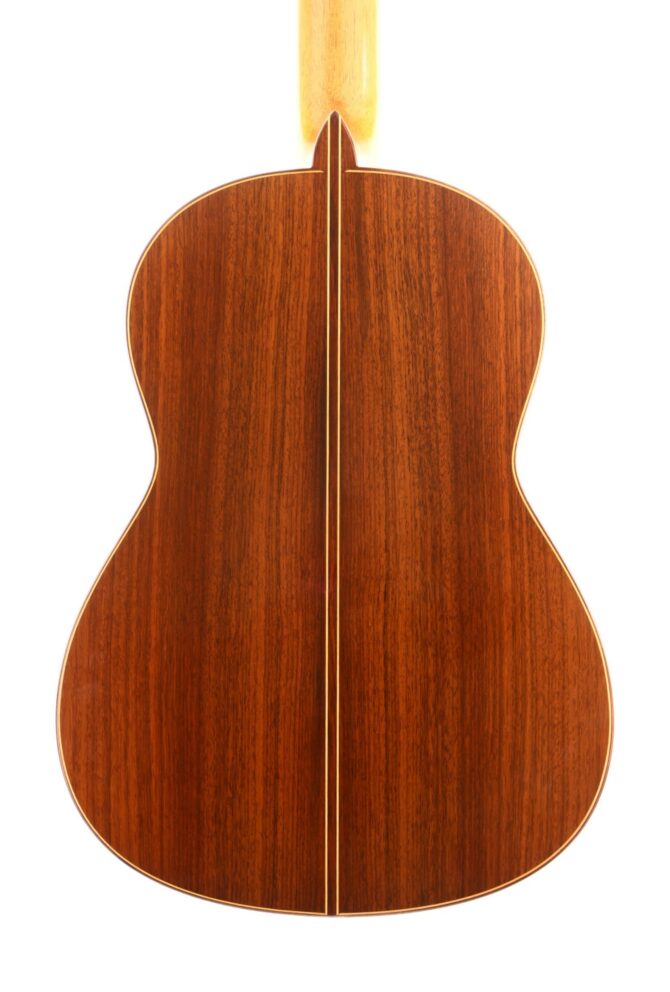 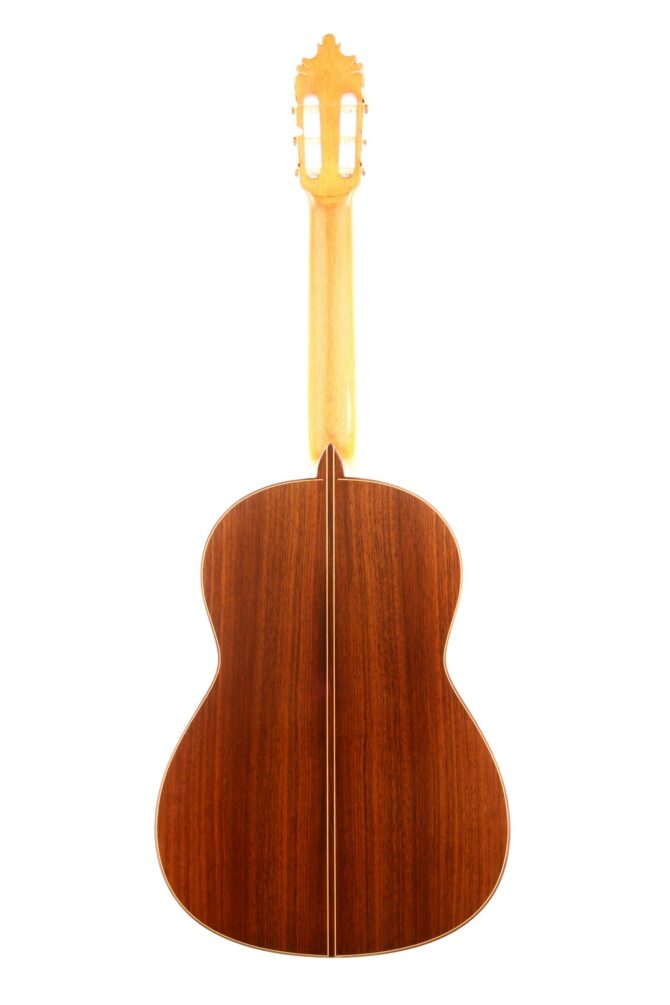 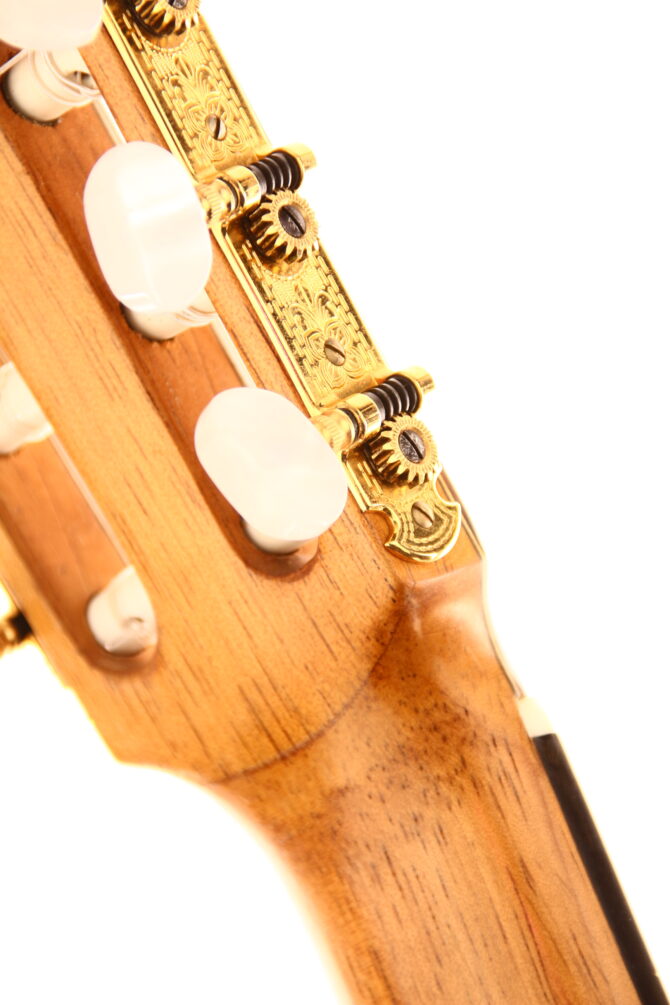 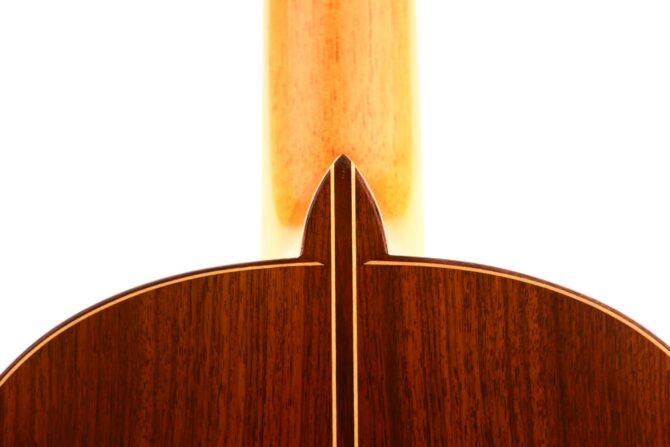 Bellido is one of Granada’s most famous guitar builders. At the beginning of the 60s he learned the art of guitar making with Antonio Marin and his brother Manuel Bellido from Eduardo Ferrer. After his training, he quickly set up his own business and since then has been based in the famous Cuesta Gomerez in Granada with his workshop.
His guitars have seen the stages all over the world in the hands of great guitarists, both classical and flamenco.

This guitar is from a limited series, which he built in 2005 on the occasion of the 100th birthday of his father-in-law and mentor “Eduardo Ferrer”, who died in 1989. This guitar has a special label.
The instrument was built from the finest woods. His name guarantees the finest finish. The sound is powerful.
This is without doubt a fine concert level guitar with plenty of power and a particularly impressive treble that is clear, sparkling and gives a sense of real projection. The guitar has an impressive open sound.

It is in good condition, but has some amount of wear from play and use.