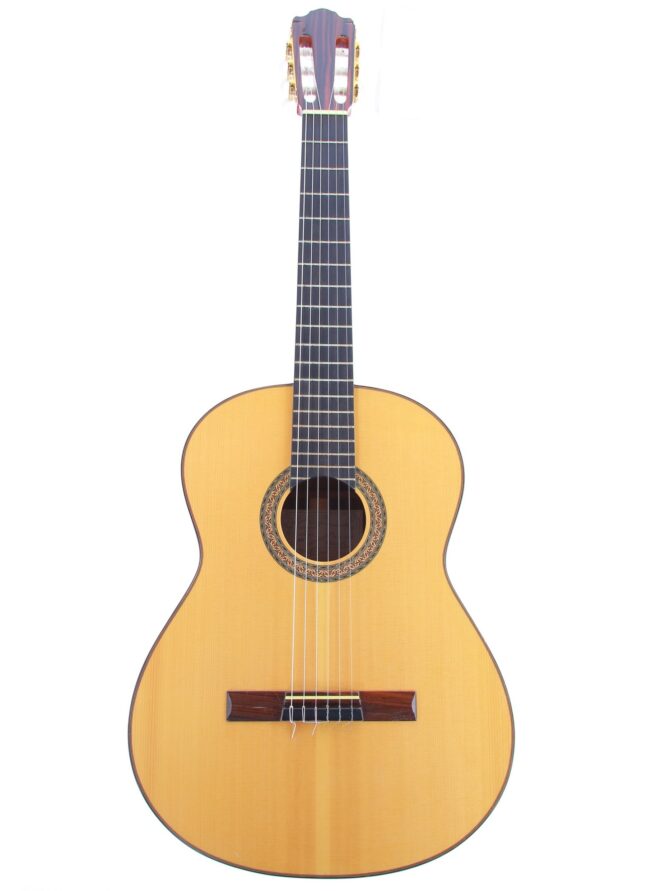 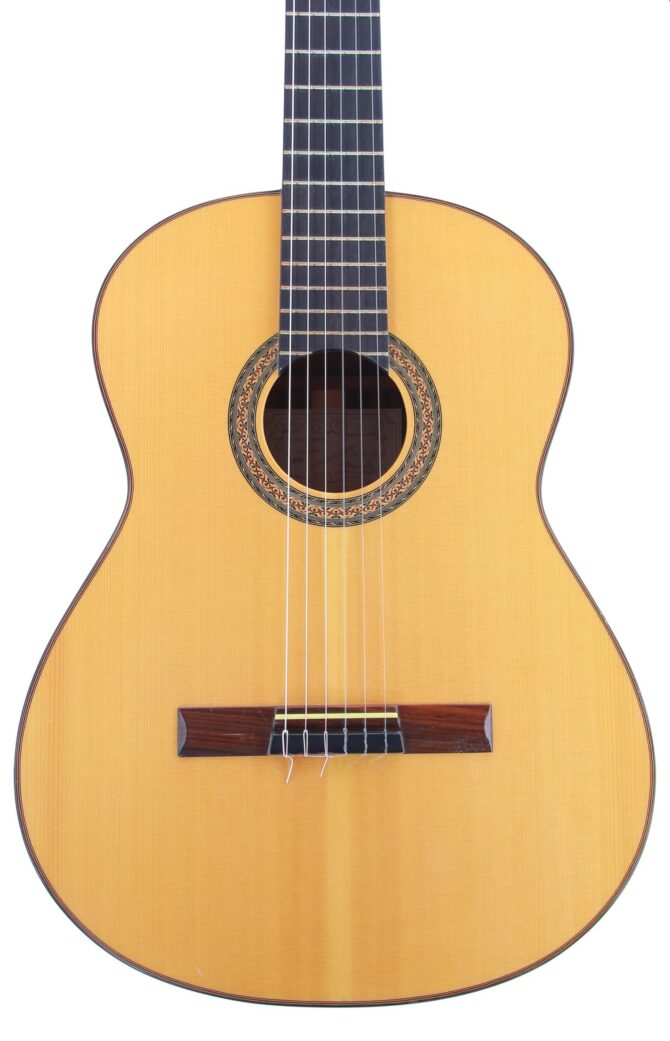 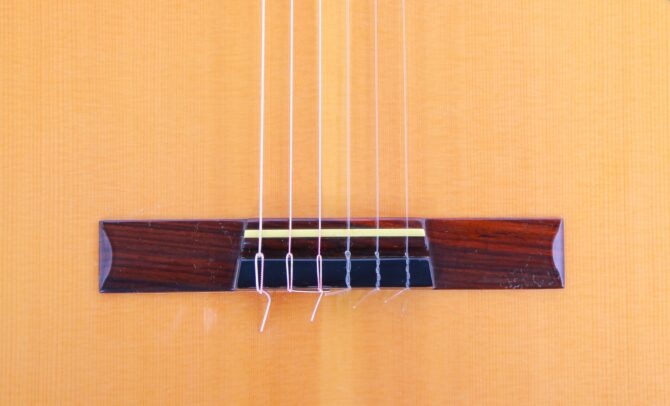 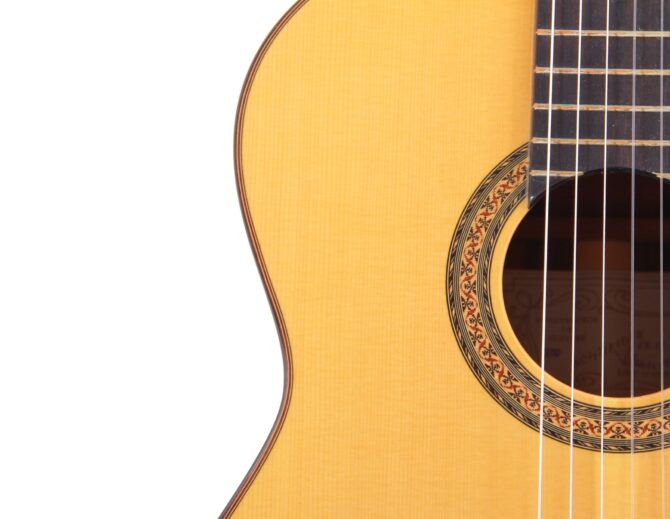 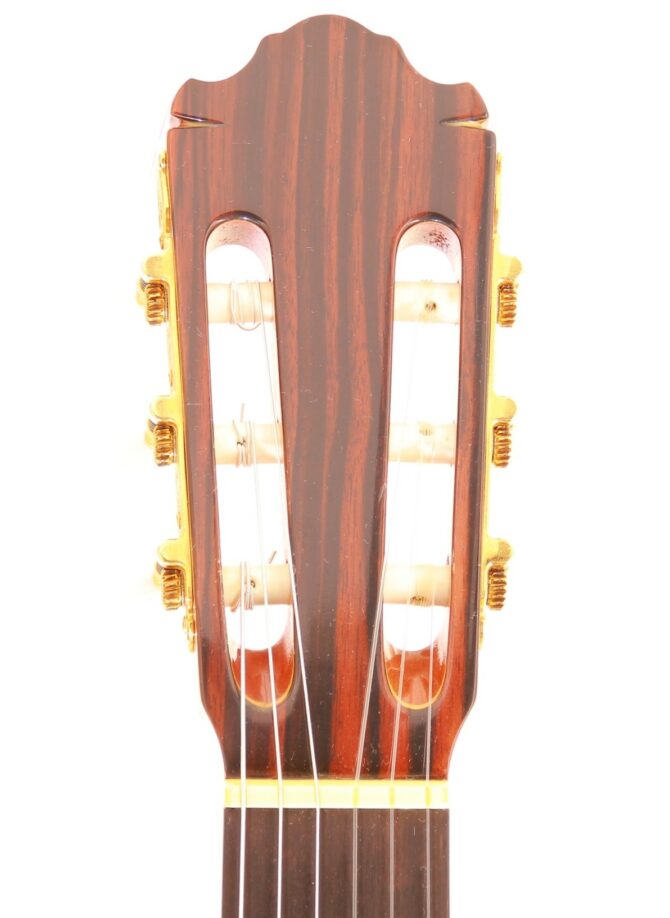 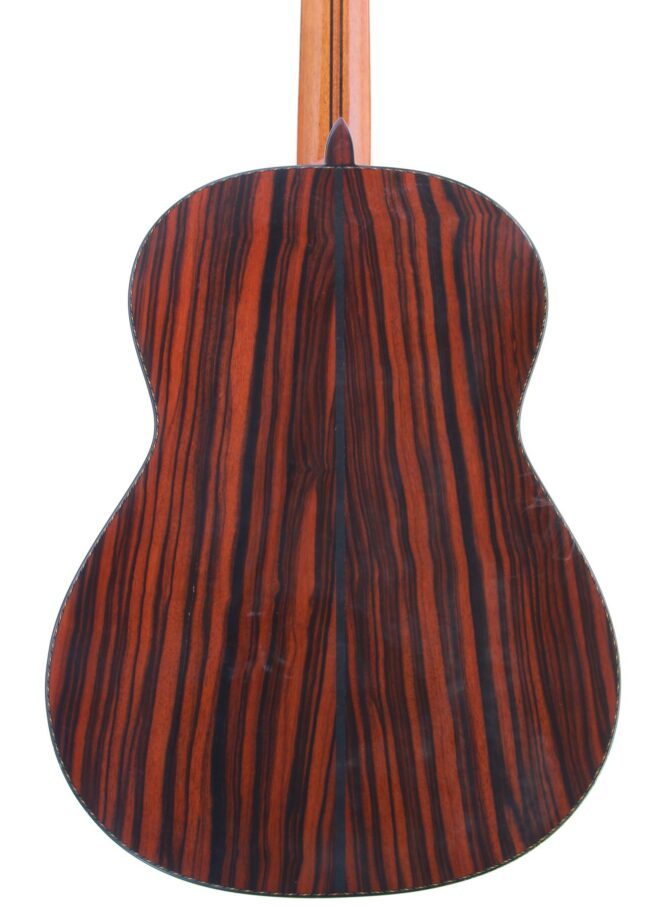 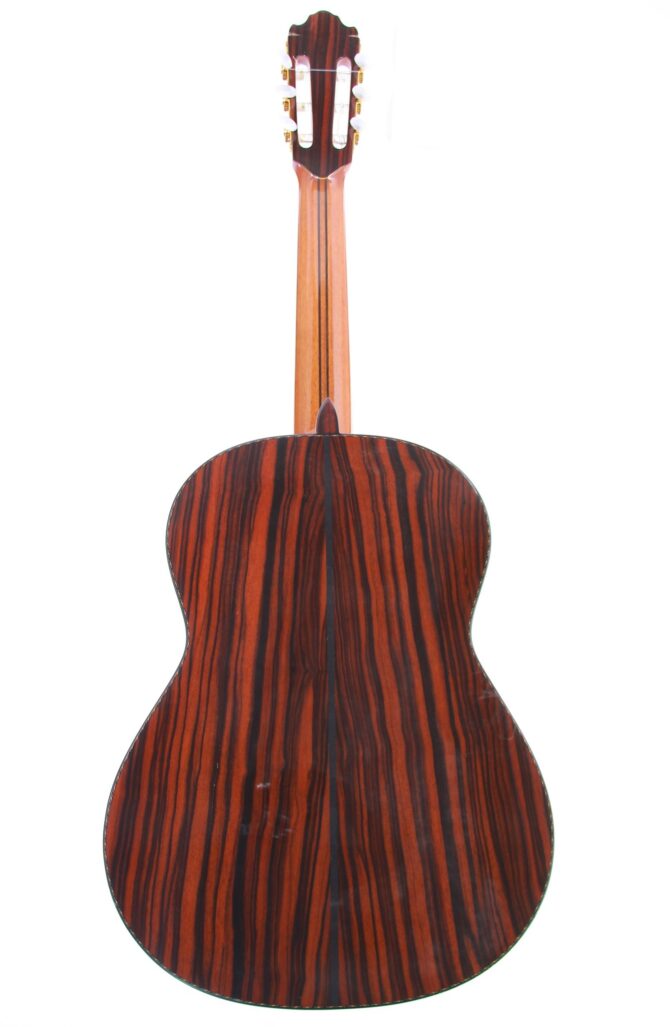 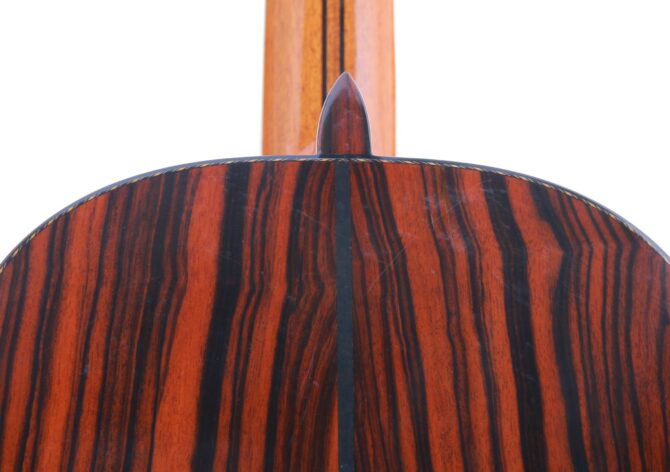 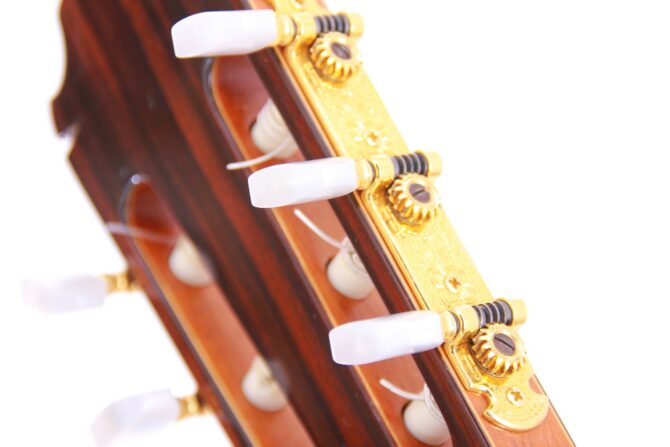 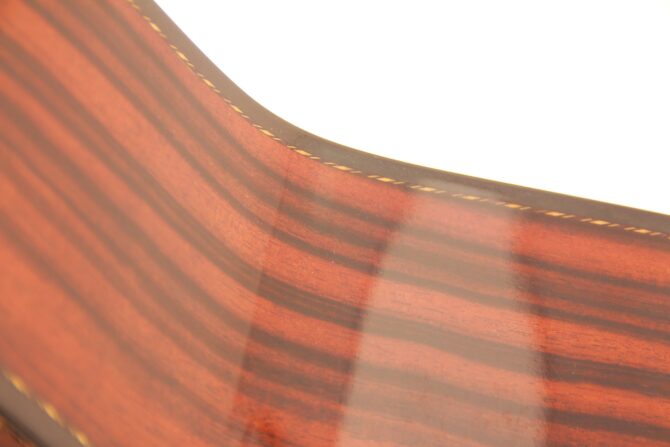 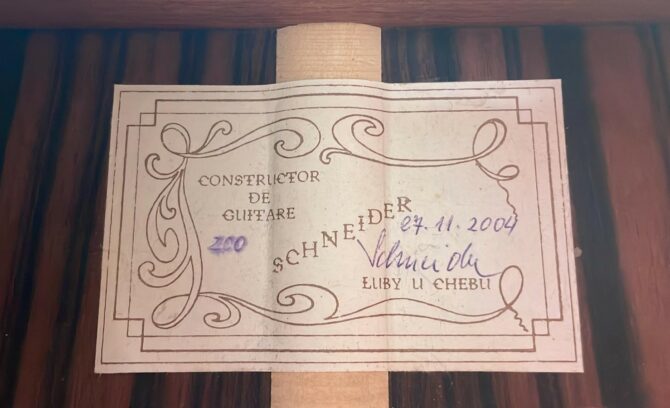 The traditional master guitar workshop Schneider is located in the border region of Germany and the Czech Republic.
The proximity to the guitar stronghold Markneukirchen is unmistakable and you can clearly recognise the precise craftsmanship in all Schneider guitars.
Jan Schneider was an insider tip for a long time and only insiders knew about the outstanding quality of the guitars.
In the meantime, Jan Schneider has established his guitars on the world stage and is a well-known guitar maker who receives orders from all over the world.

This guitar was built in 2004. It has a spruce top and rosewood back and sides. The scale length is 650 mm and the nut width is 52 mm. The condition is good, but you can see very clearly that it has been played a lot. It also has a repaired crack on the back which has been solidly repaired.

It has the classic sound of a top class classical guitar: clear, woody and dark. This guitar is something special. Built in Spanish construction, it nevertheless has an exotic and own style.
First of all, the guitar is enormously powerful and impresses with a long lasting sustain. The sound quality can be described as mystical with an almost magical attraction. The guitar fills the whole room with the most beautiful tones and impresses with a breathtaking variety of timbres.
An absolutely noble instrument at concert level – very finely built for the highest tonal demands.

The guitar is in concert ready condition with comfortable setup and easy playability. It comes with a good guitar case.