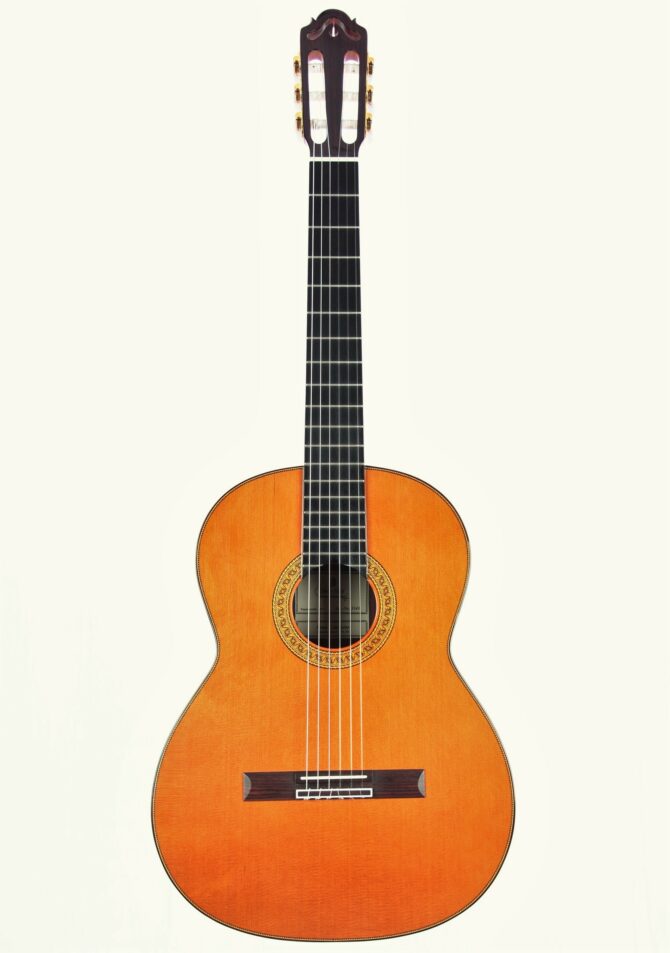 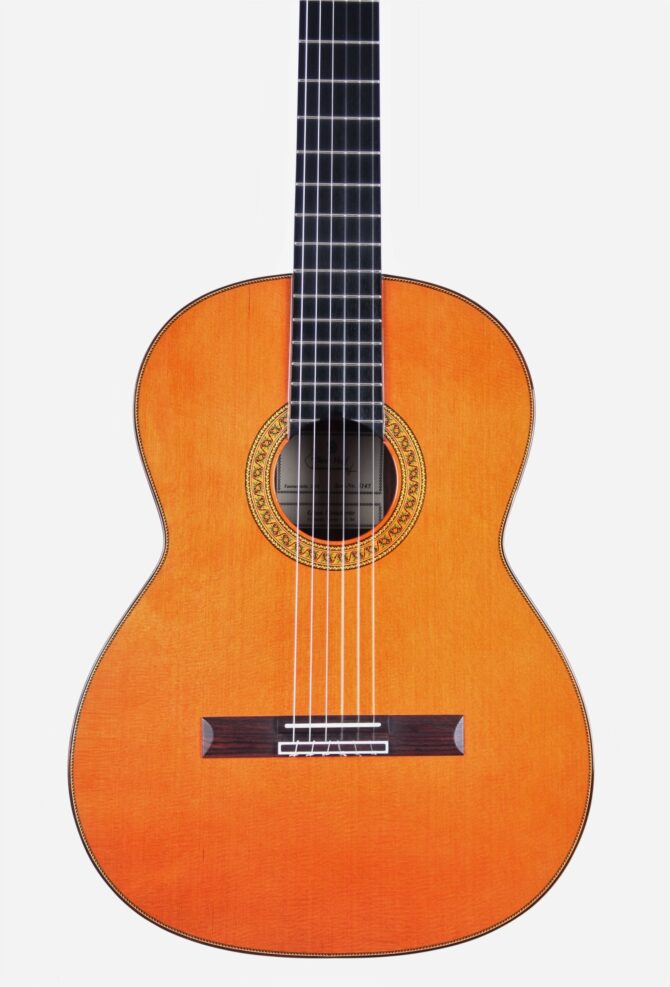 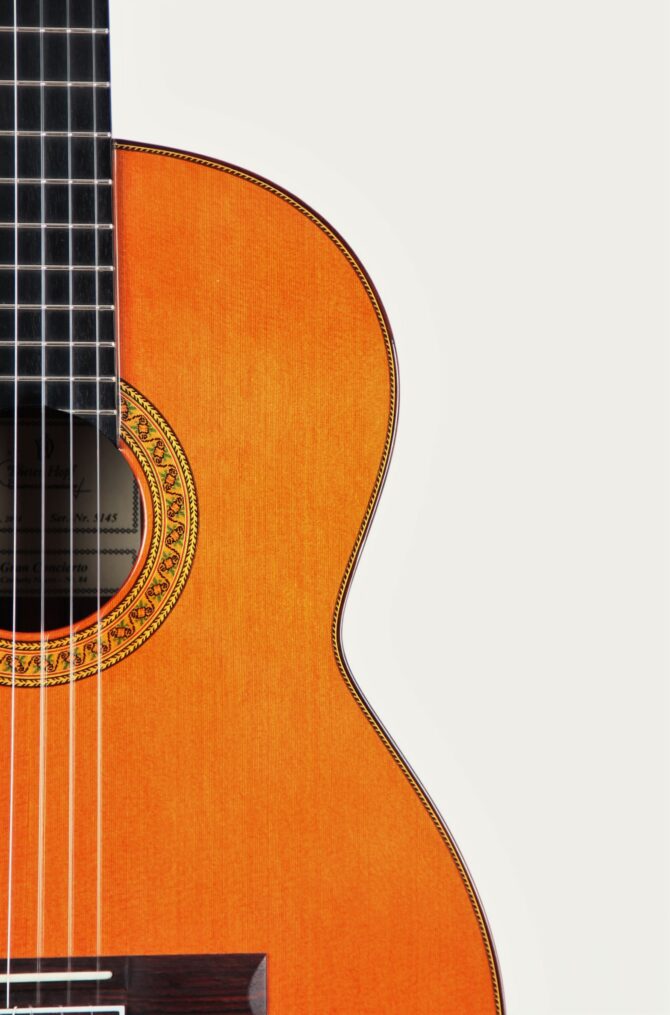 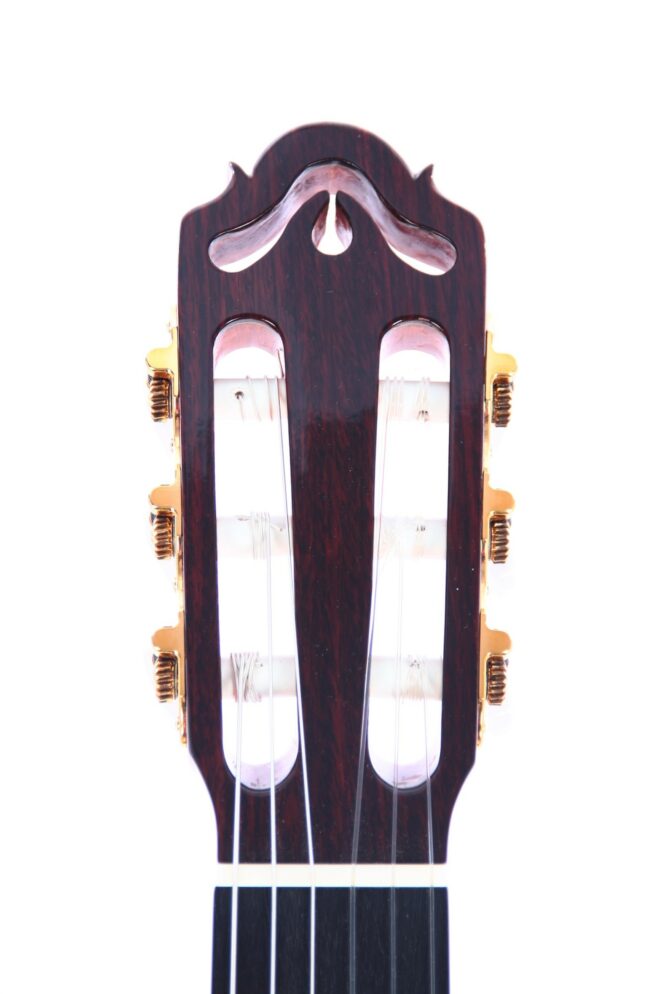 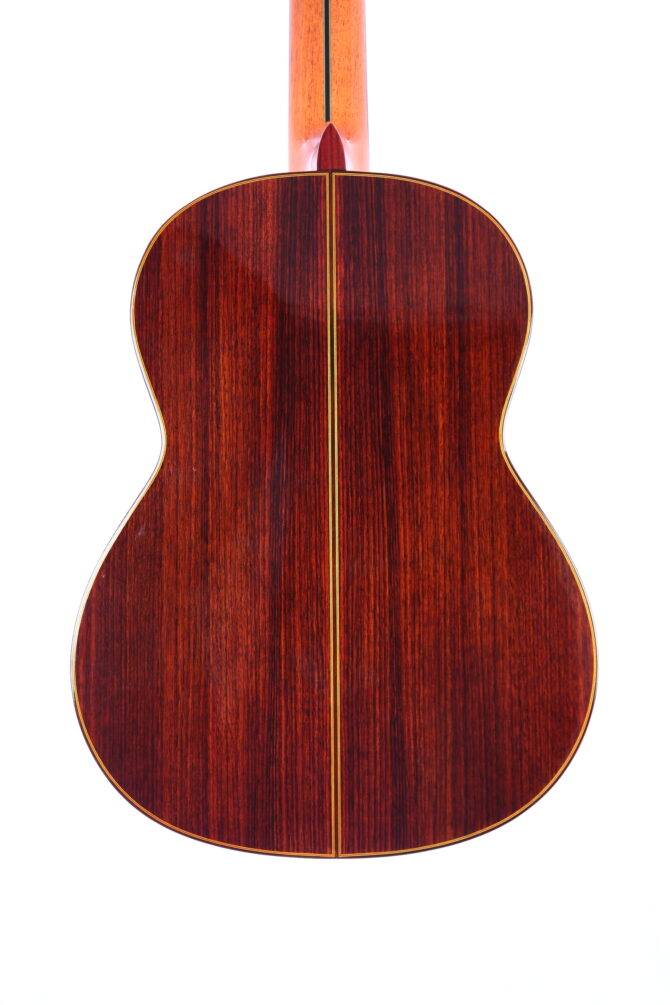 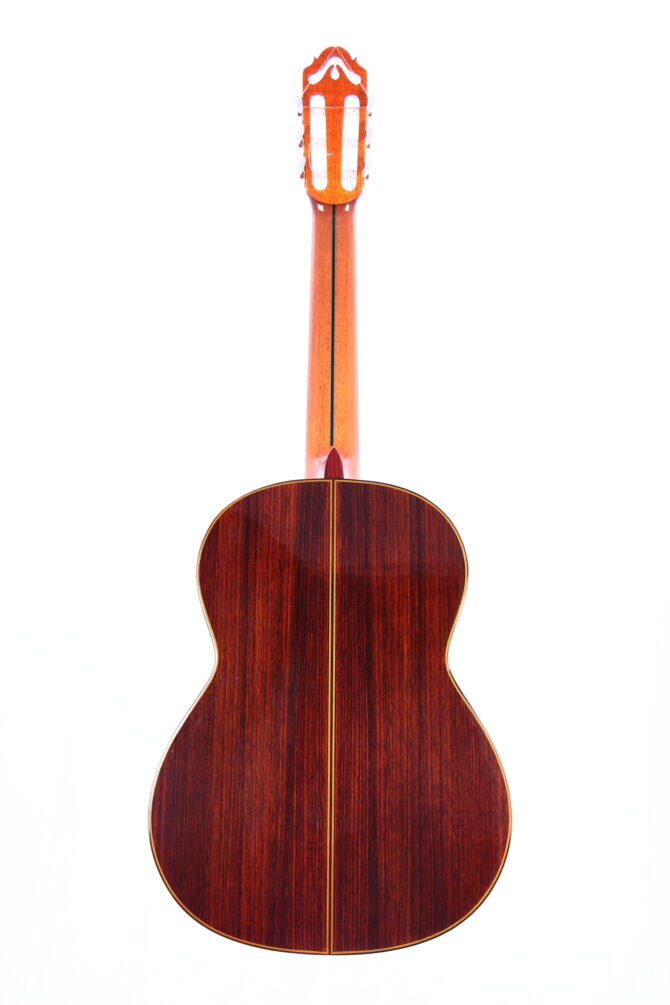 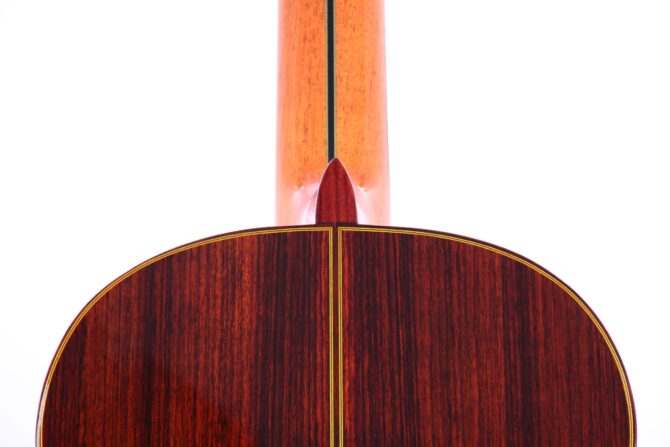 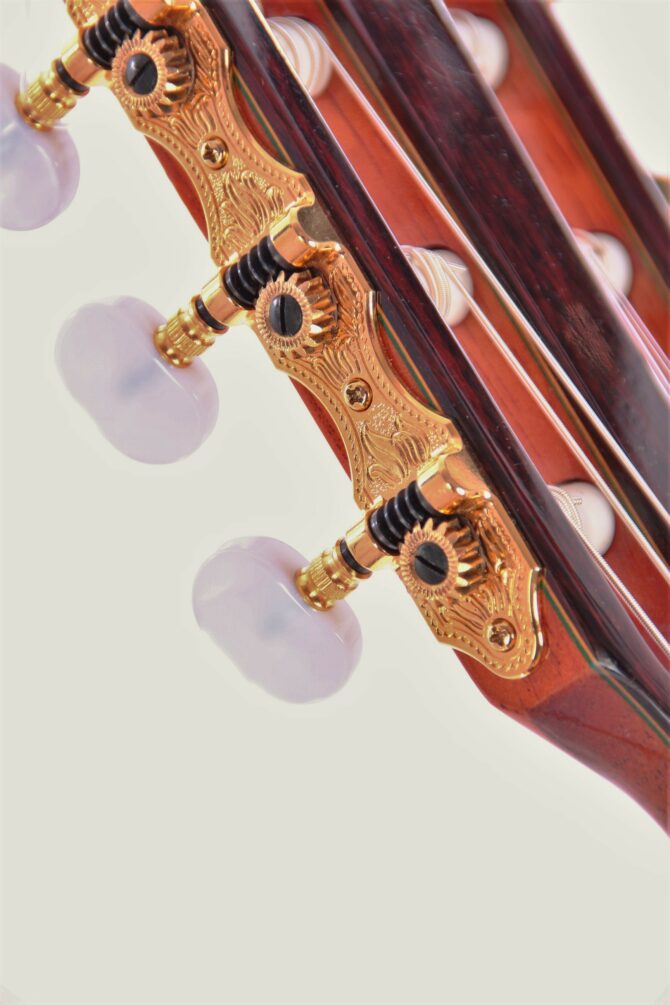 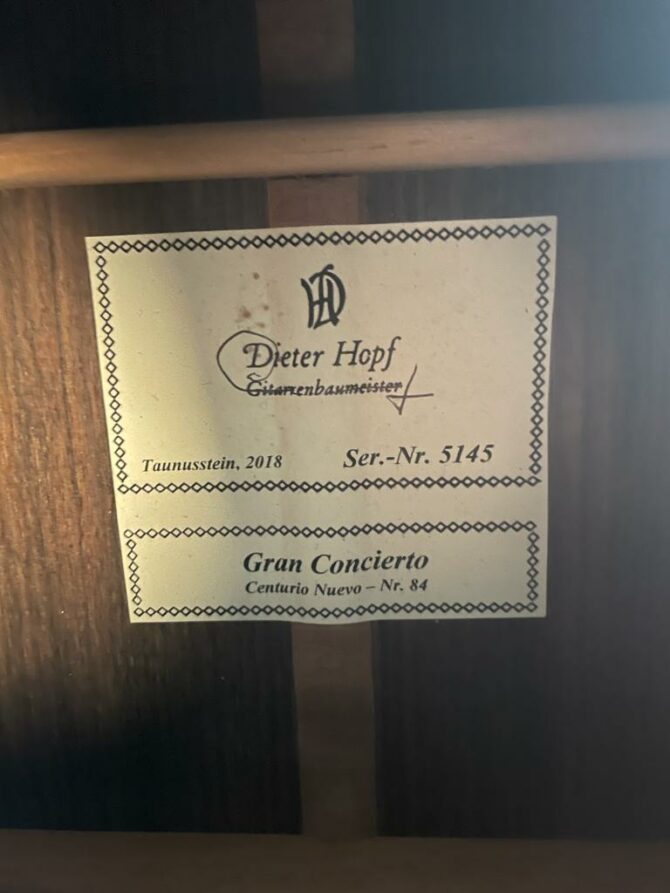 Since 1669 Hopf has a name in instrument making. Since then, the chronology can be fully documented to this day. The now 340-year-old family tradition and the more than 40-year experience alone by Dieter Hopf gives an idea of ​​what knowledge is represented in the Hopf guitars.
Dieter Hopf was born in Zwota / Vogtland in 1936, completed a 2-year training as a violin maker in Mittenwald and finally specialized in guitar making. Since 1968 he works as a master builder in Taunusstein.

He stroves effortfully for the advancement of the classical guitar and acquired 2 patents: The free swinging soundboard system and the Rosettensteg.
Sound and playability are excellent. The guitar has the typical Hopf sound – powerful, mystical and room-filling. Built in the Ramirez 1a style, this guitar has qualities that surpasses a Ramirez.
First of all the guitar is enormously powerful and impresses with a long lasting sustain. The sound quality can be described as mystical with an almost magical attraction. The guitar fills the entire room with the most beautiful tones and impresses with a breathtaking variety of timbres. An absolutely noble instrument on concert level – very finely built for highest tonal demands.

The condition of the guitar is very good. There guitar is like new.
It is perfectly set and very easy to play.

The guitar comes with the original case!