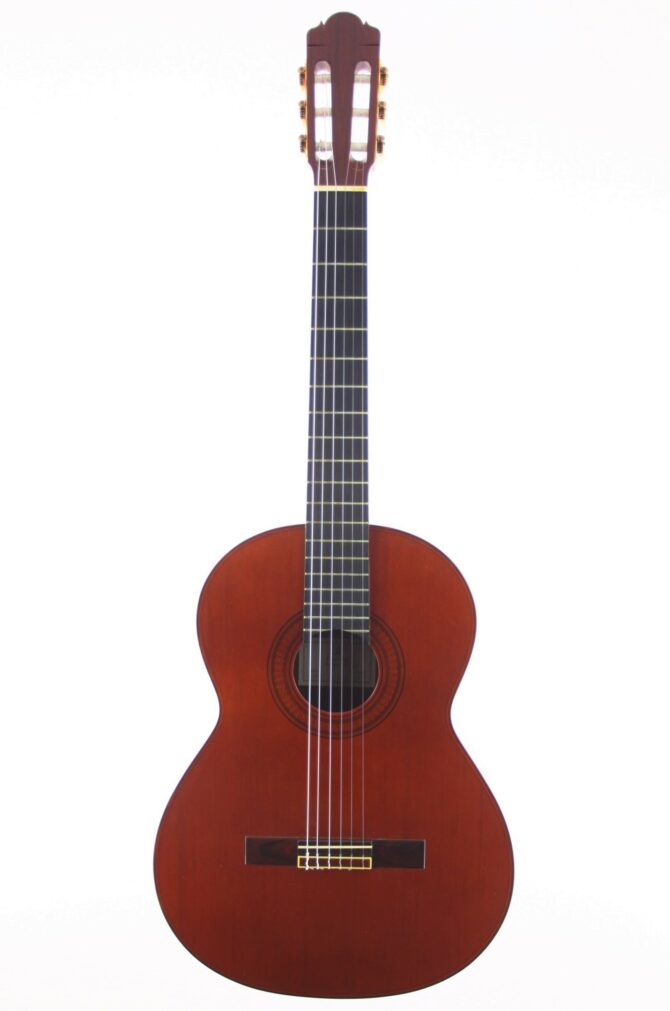 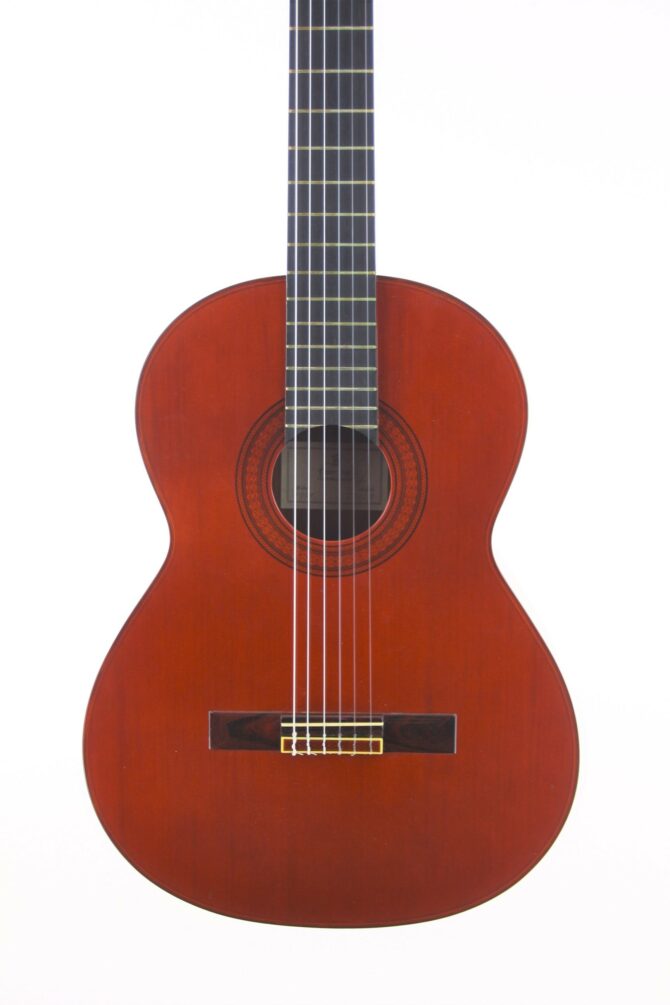 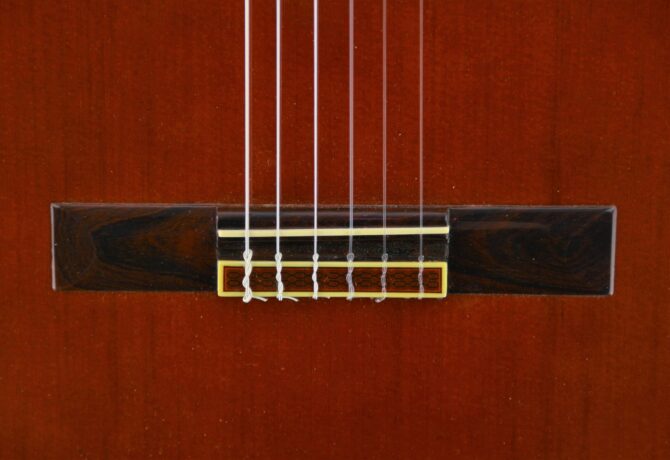 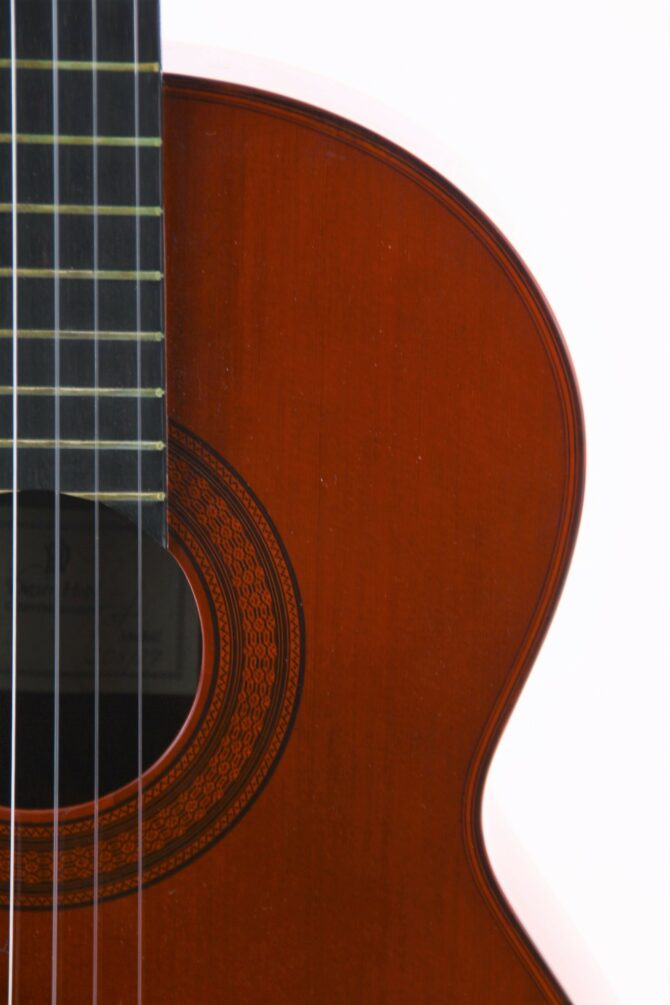 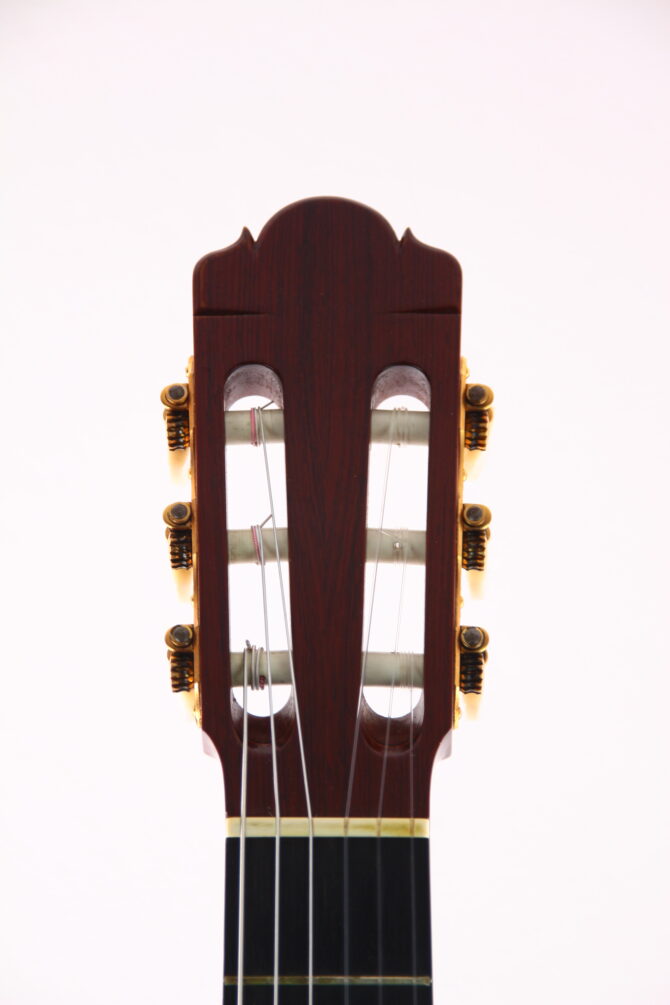 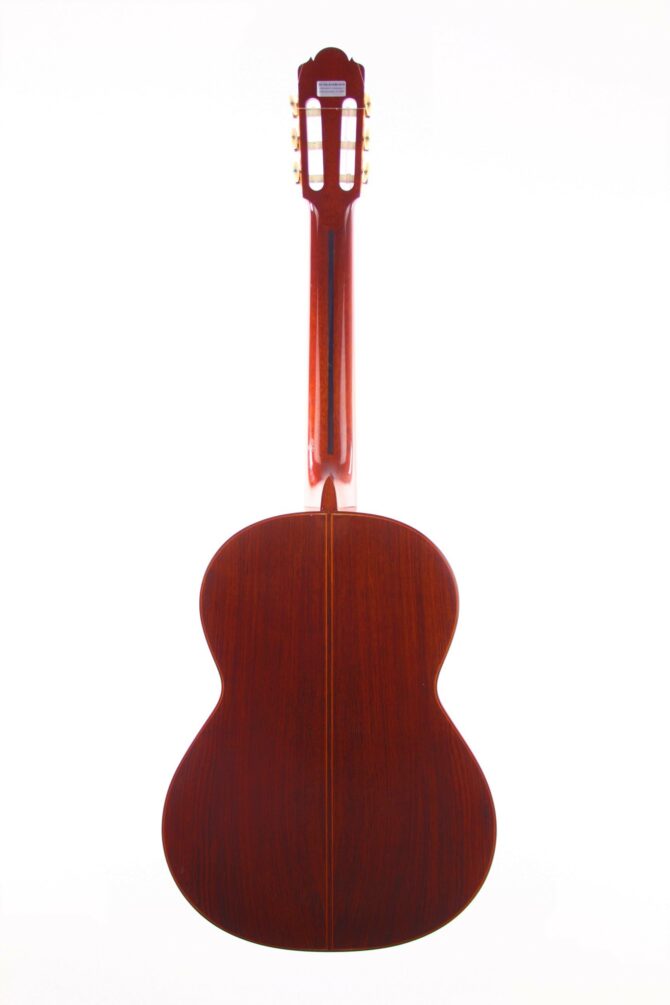 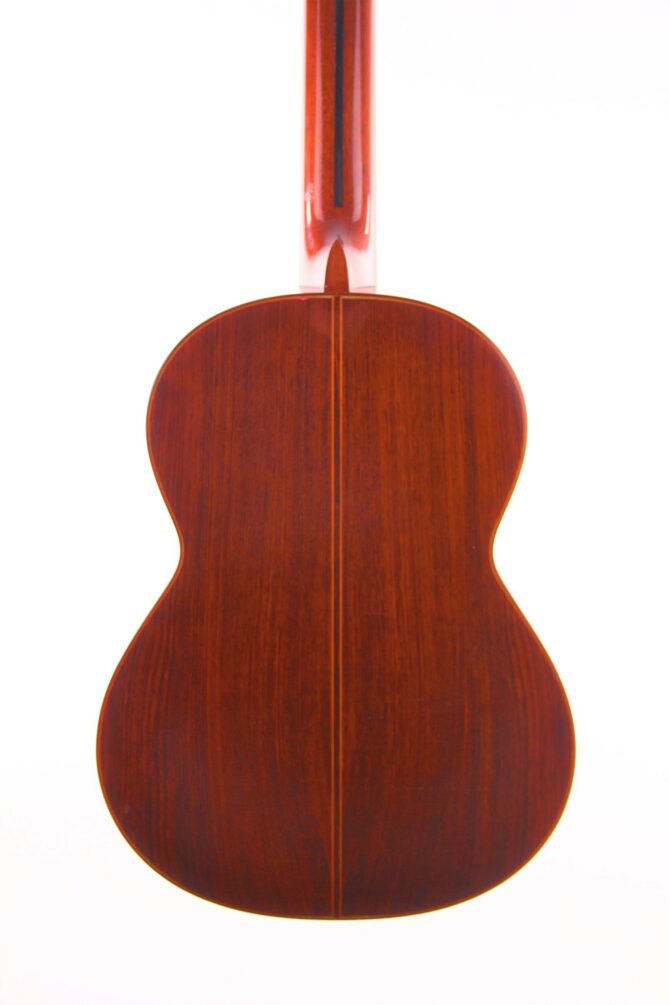 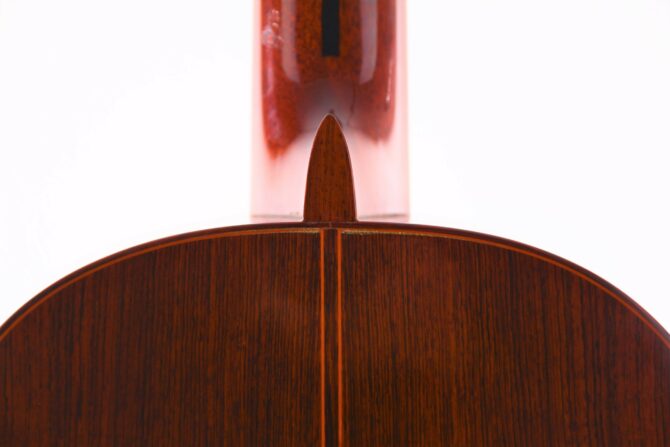 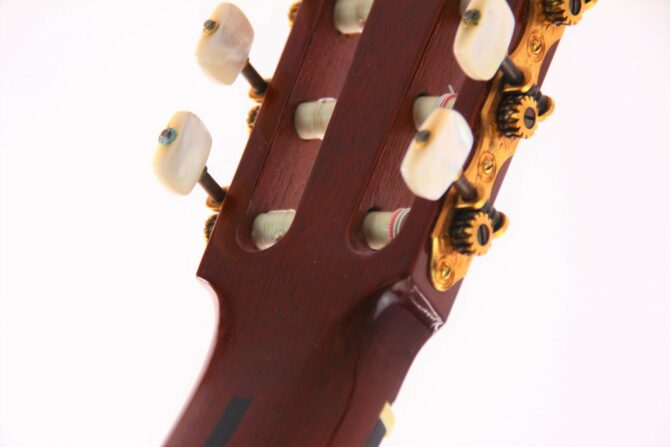 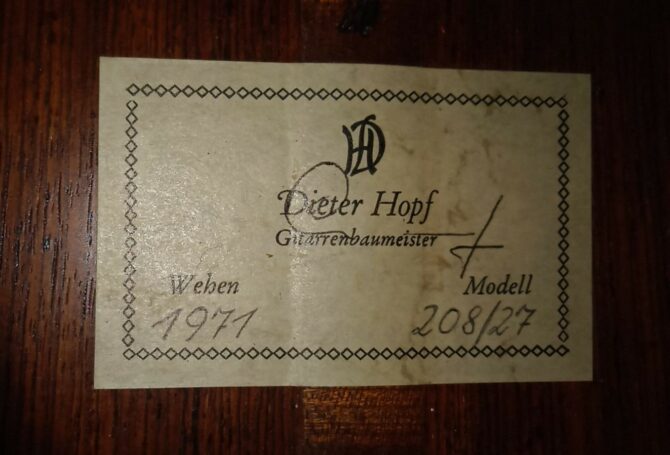 Hopf Gran Concertio – a true masterpiece by Dieter Hopf – with a rich and dark sound!

This guitar is something special. Built in the Ramirez 1a style, this guitar has special sound characteristics.
First of all the guitar is enormously powerful and impresses with a long lasting sustain. The sound quality can be described as mystical with an almost magical attraction. The guitar fills the entire room with the most beautiful tones and impresses with a breathtaking variety of timbres. An absolutely noble instrument on concert level – very finely built for highest tonal demands.

The guitar was recently brought to Dieter Hopf for appraisal and he was very excited to see this guitar in such good condition. He praised the instrument very much and made a certificate for it (see picture).
The top is made of cedar, back and sides of jacaranda. The scale length is 660 mm and the nut width is 54 mm.

The condition of the guitar is very good. The guitar has only slightest signs of use.
It comes with a beautiful and extremely noble guitar case!