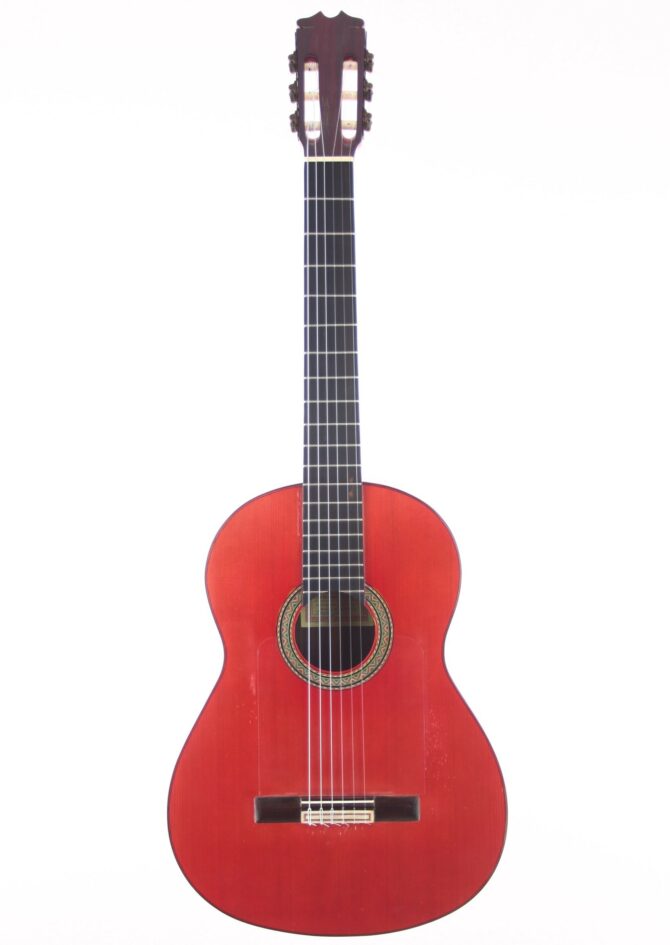 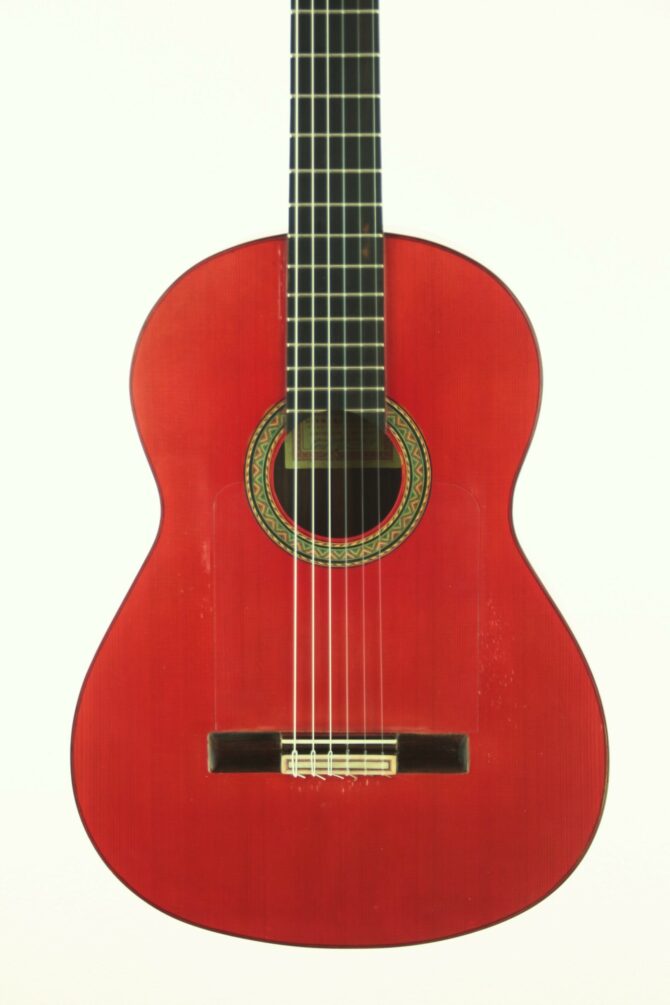 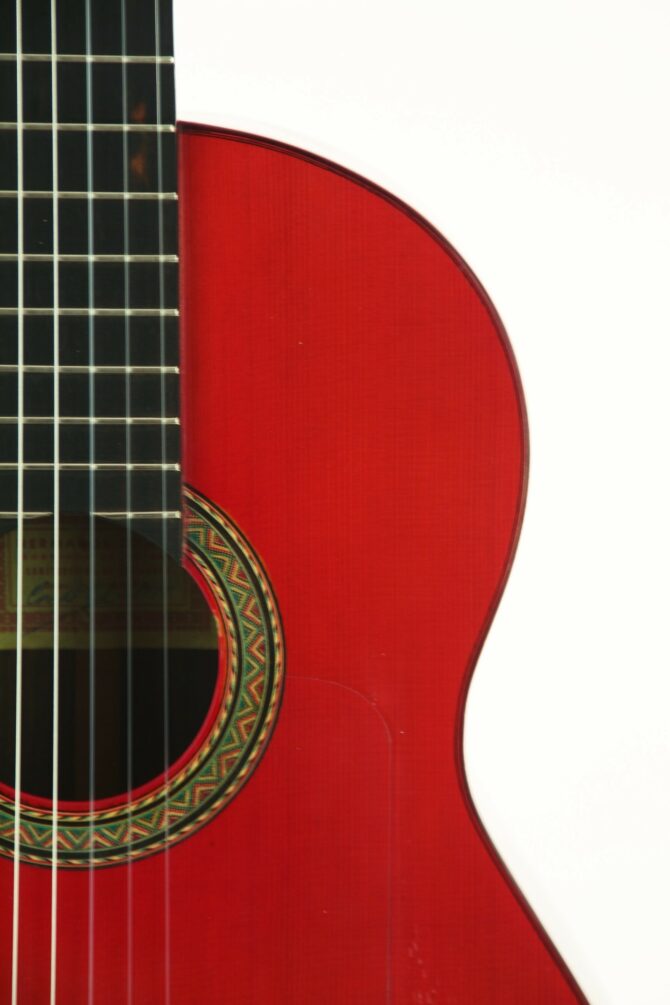 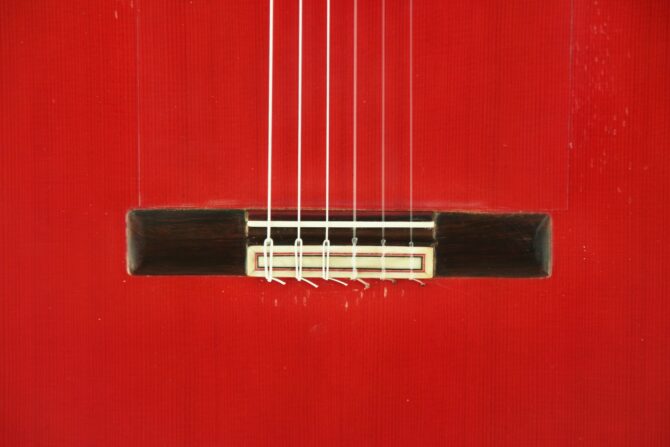 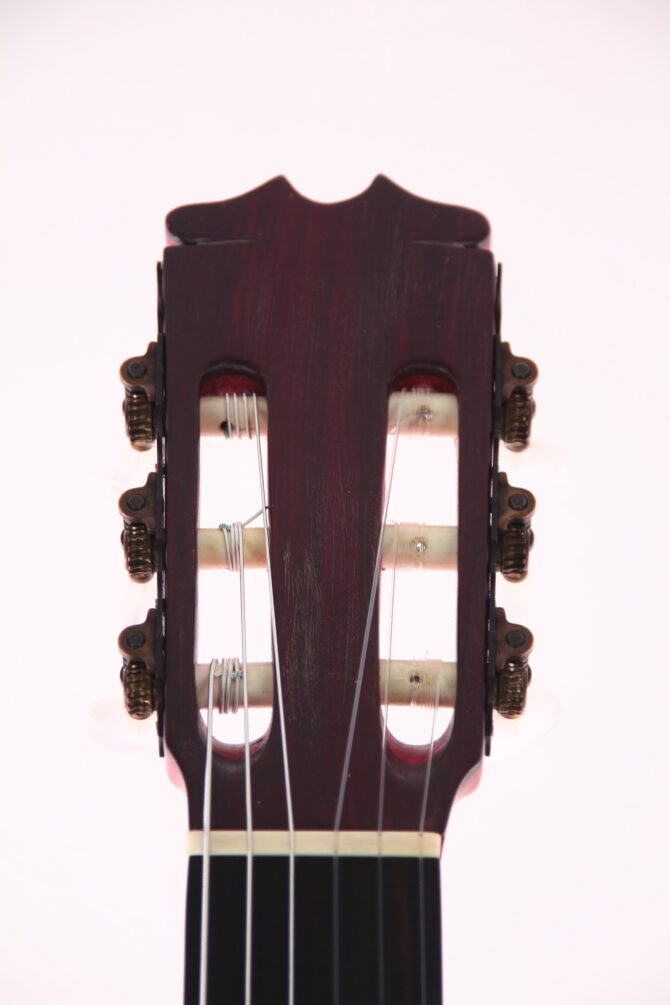 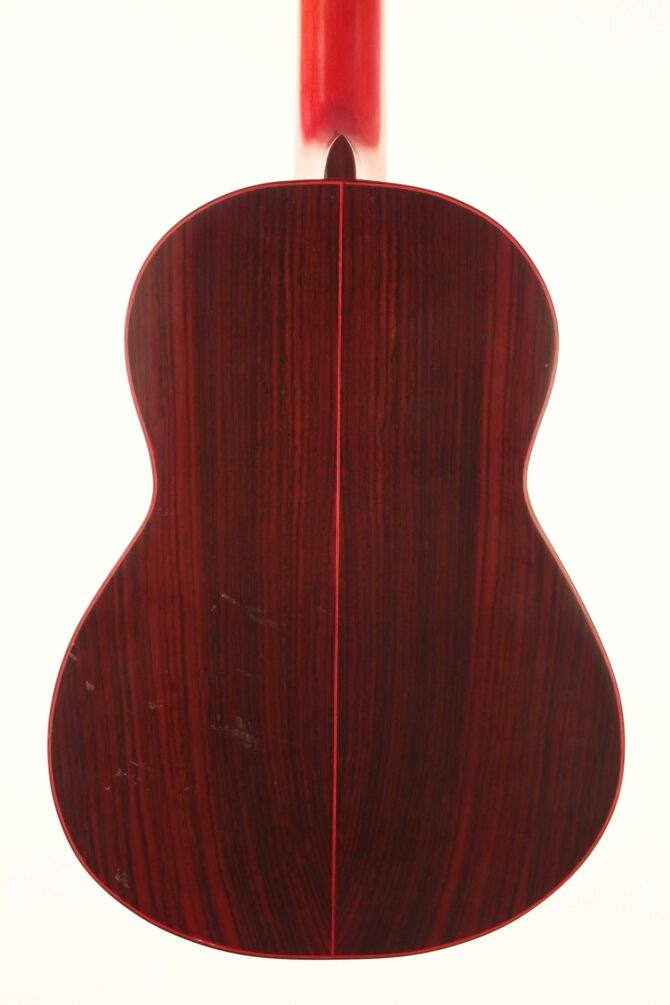 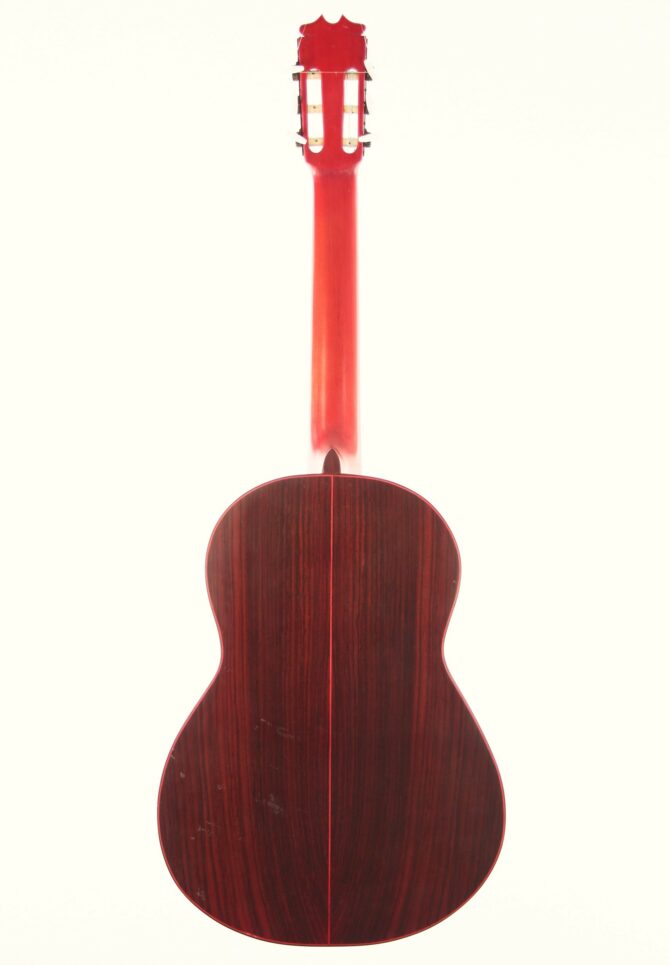 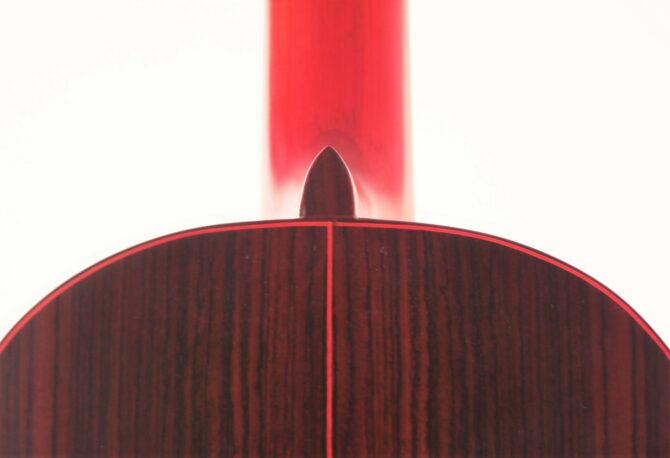 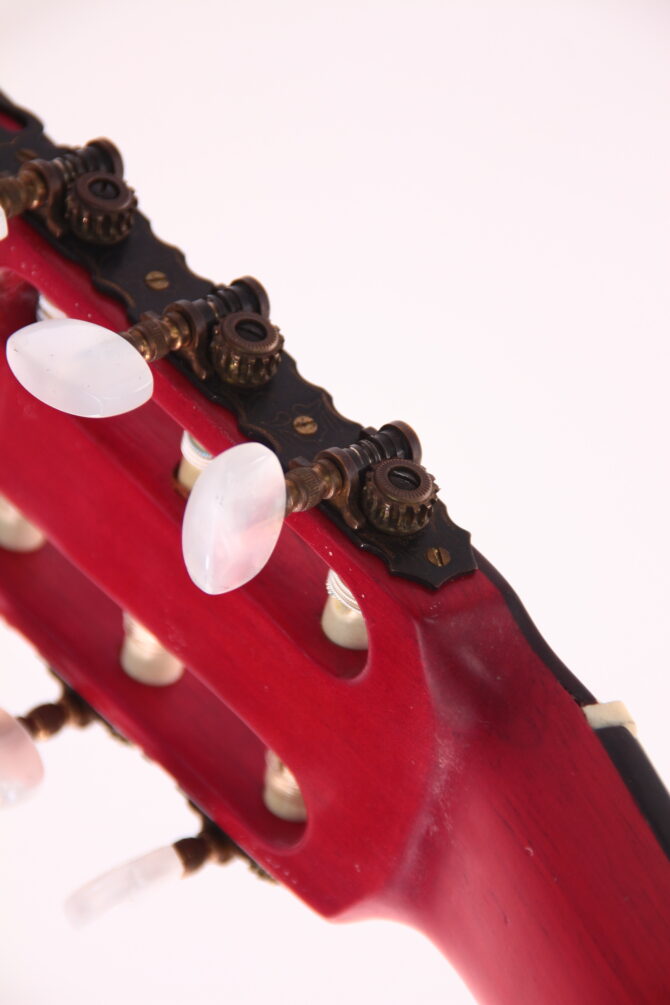 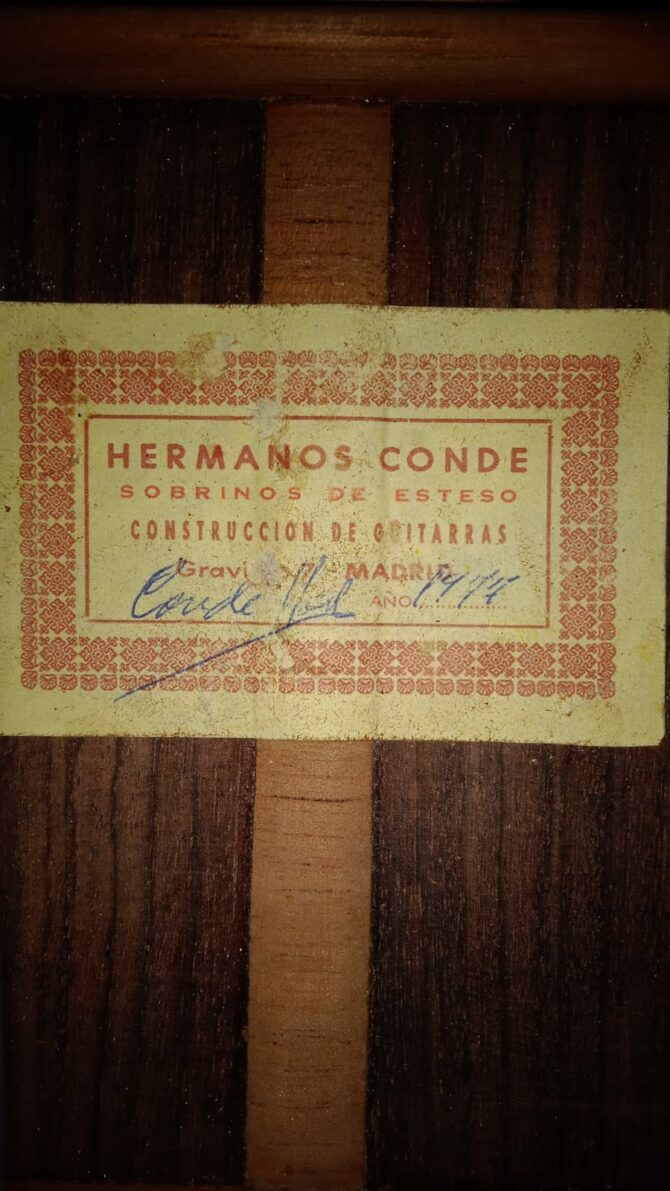 Faustino Conde “Flamenca Negra” 1977 – the holy grail of flamenco guitars. Exactly such a Faustino Conde has been played by Paco de Lucia as well!

Paco was seen from then on almost exclusively with Conde, which naturally found its imitators due to the popularity of Paco. In the old TV recordings of the 70s there is almost no guitarist who didn’t play Conde.

This guitar was made with the best materials, the finest craftsmanship (by the master Faustino Conde himself) and the most beautiful features – it is a guitar that corresponds quite exactly to that of Paco de Lucia.

The top is made of fine spruce. Back and sides are made of best Indian rosewood.

It is well adjusted and it gives the feeling that the guitar plays by itself. Perfect action, straight neck. The scale is 670 mm and the nut width is 52 mm. In addition the guitar comes with the original case.

The condition is very good. It only has the normal wear of play and use. The finish has been renewed in the 80’s in the original style!