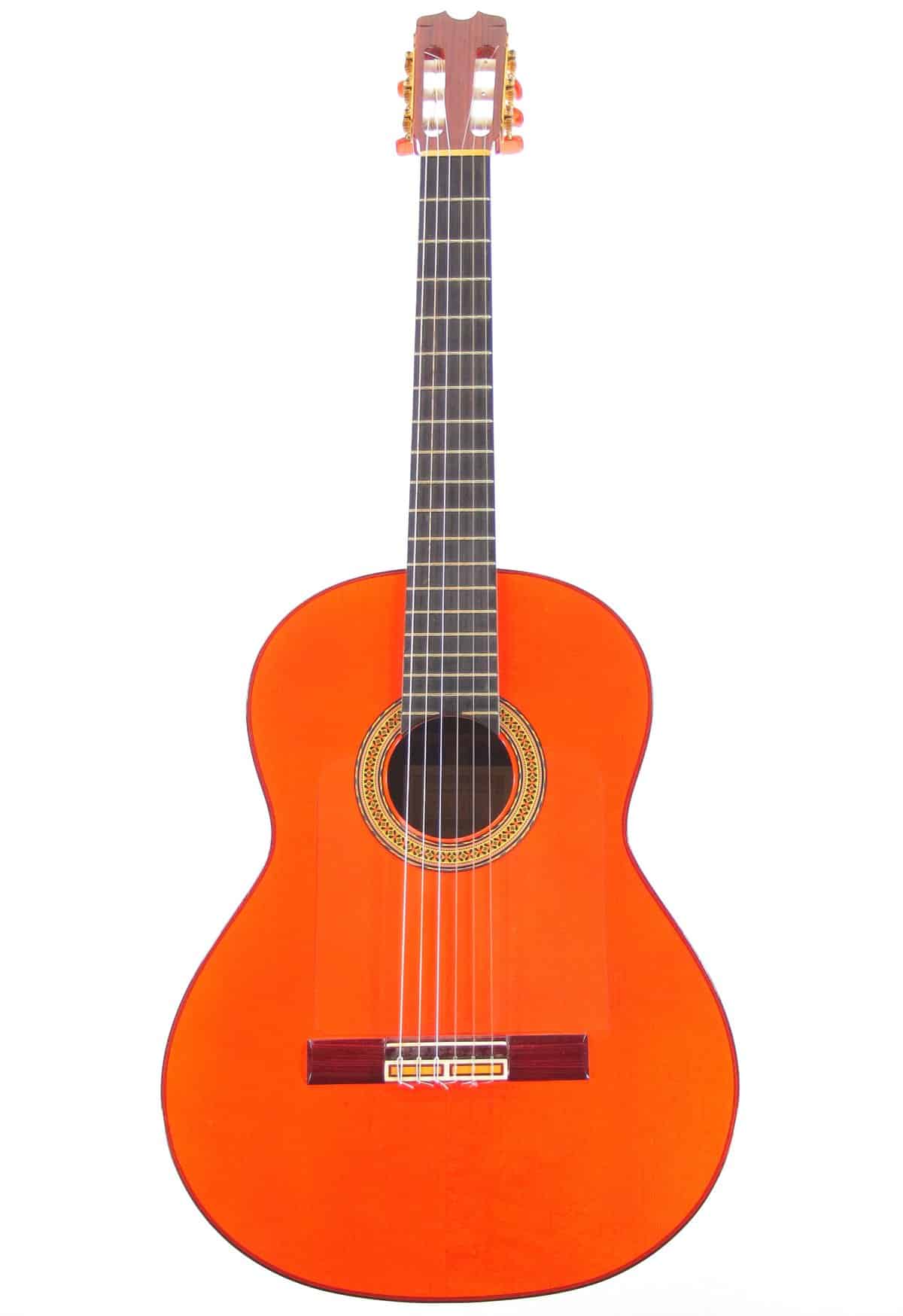 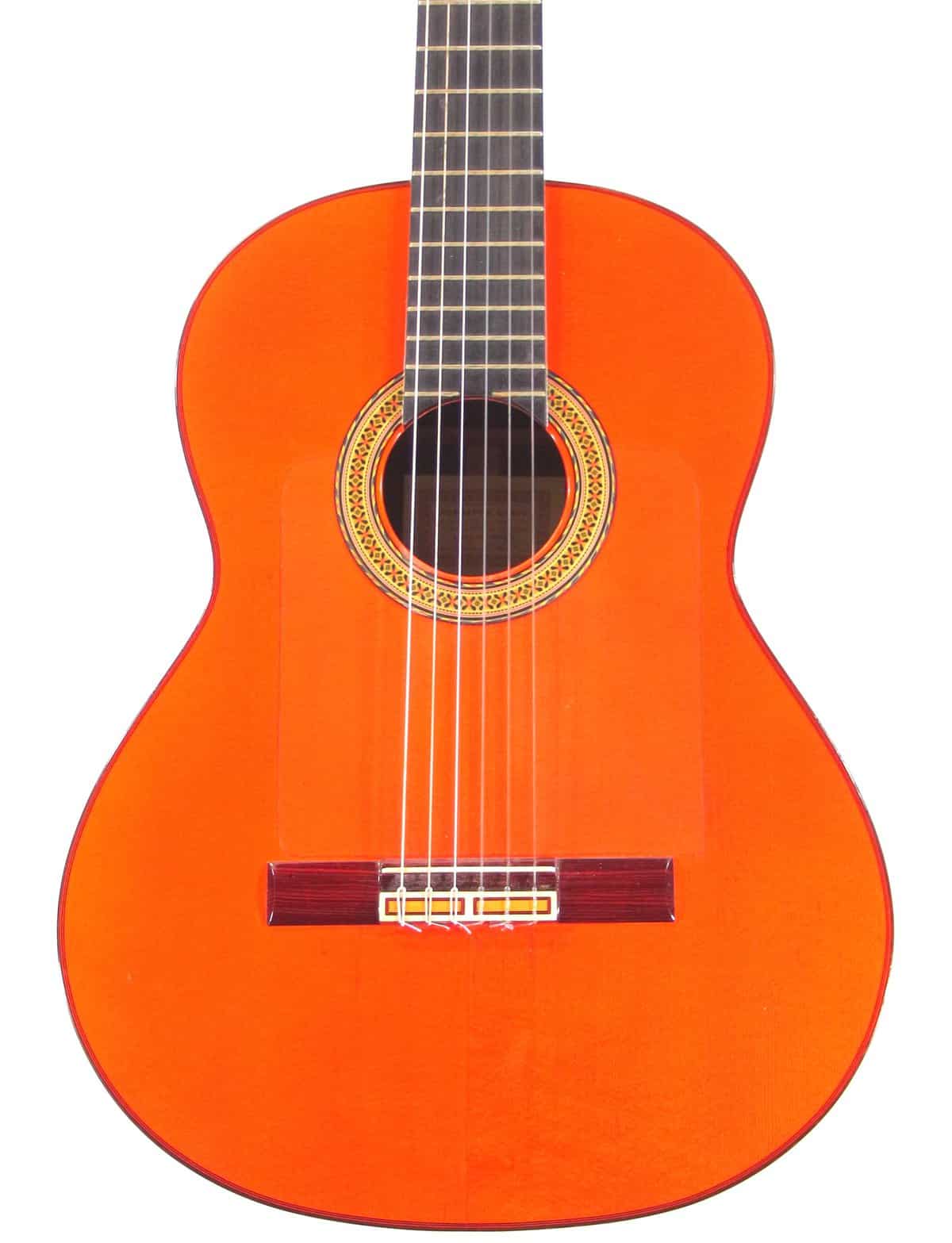 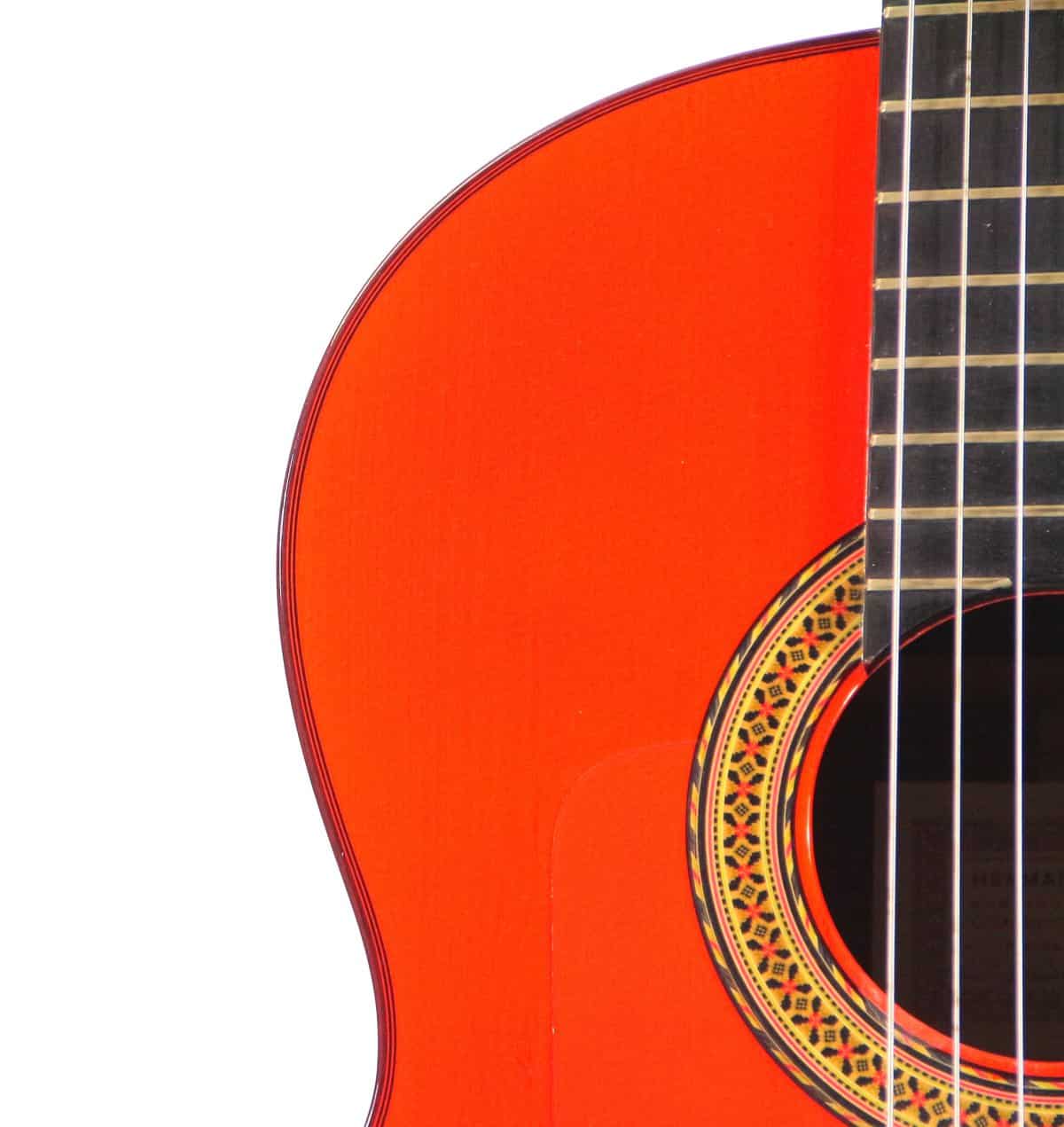 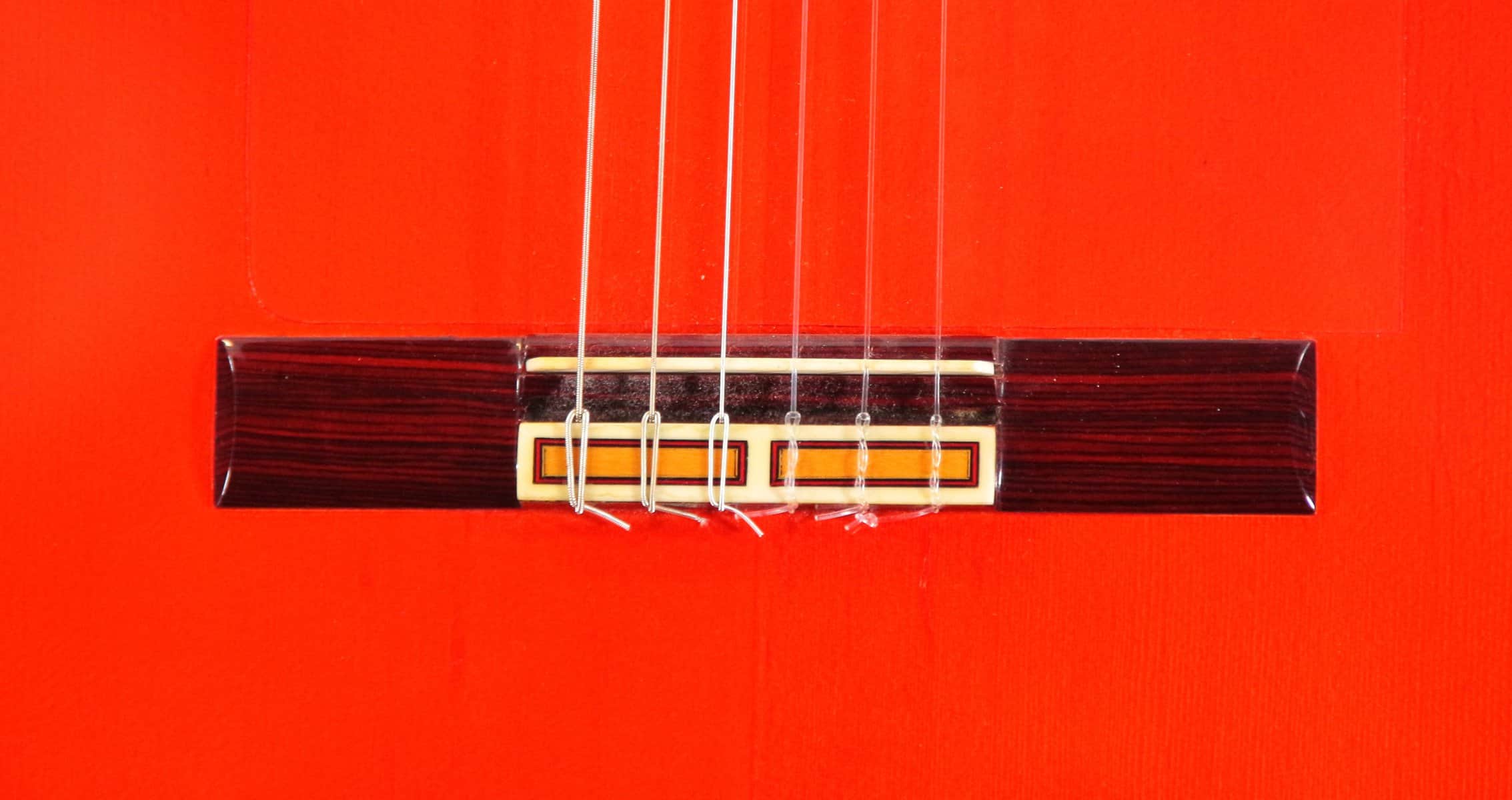 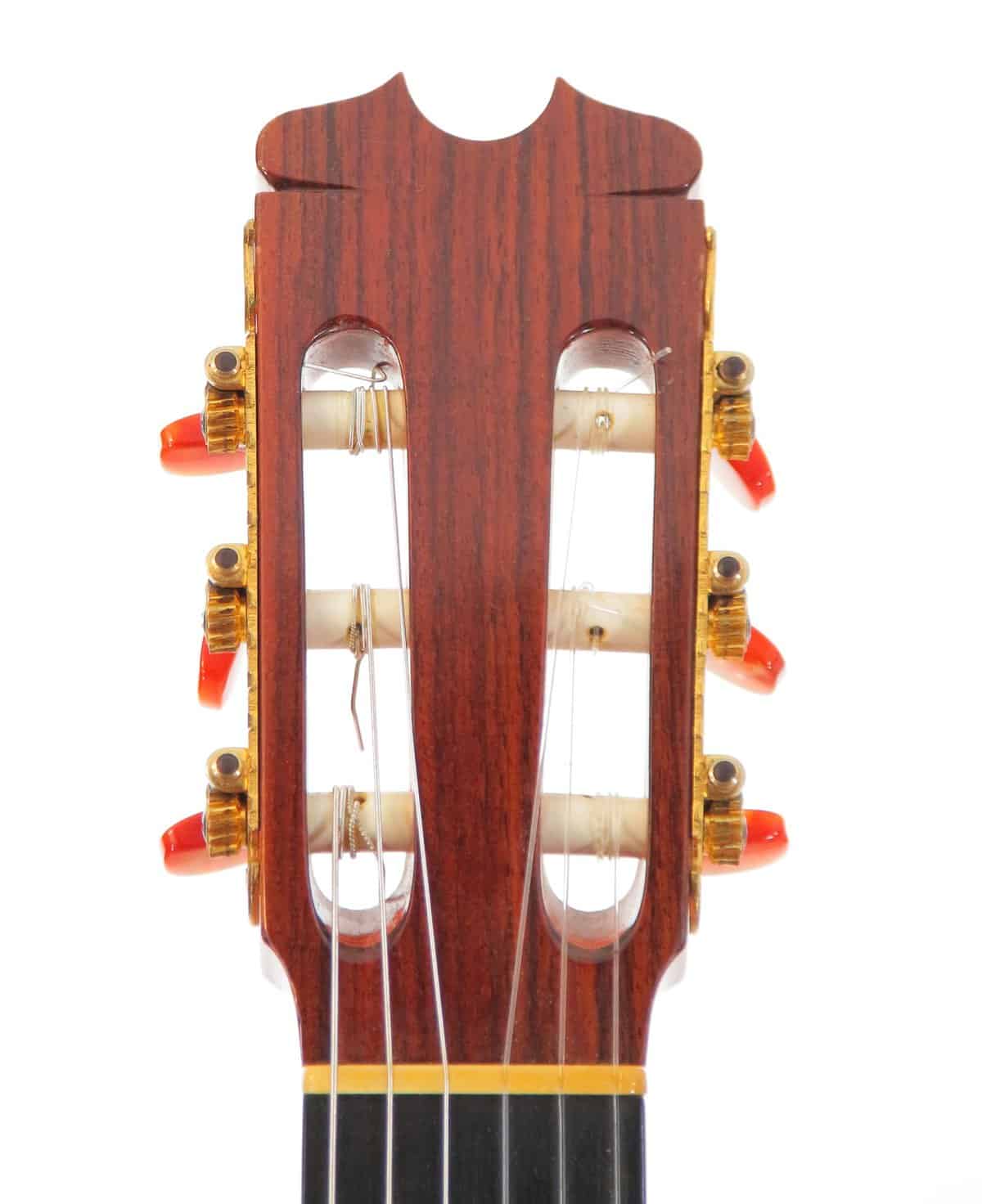 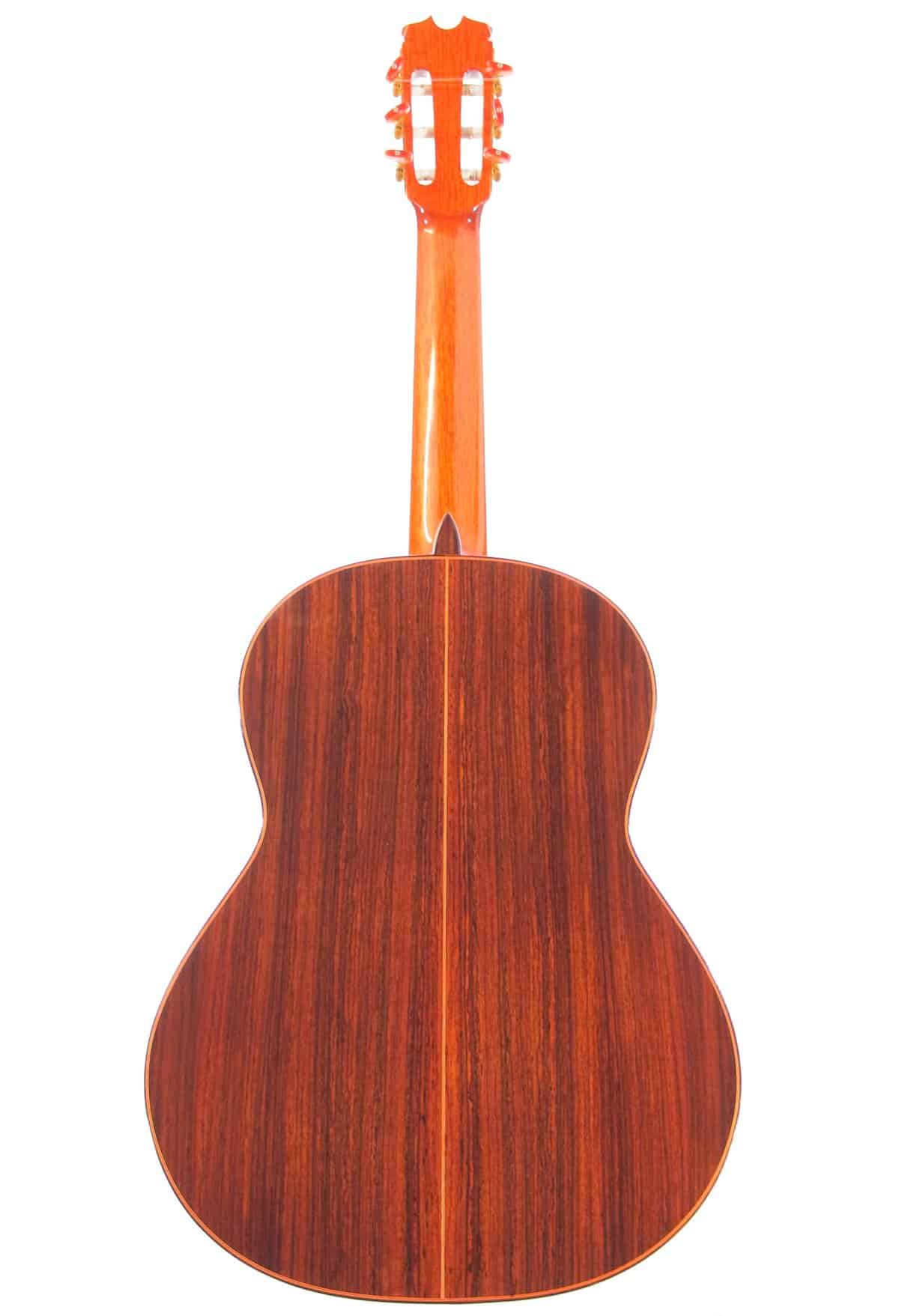 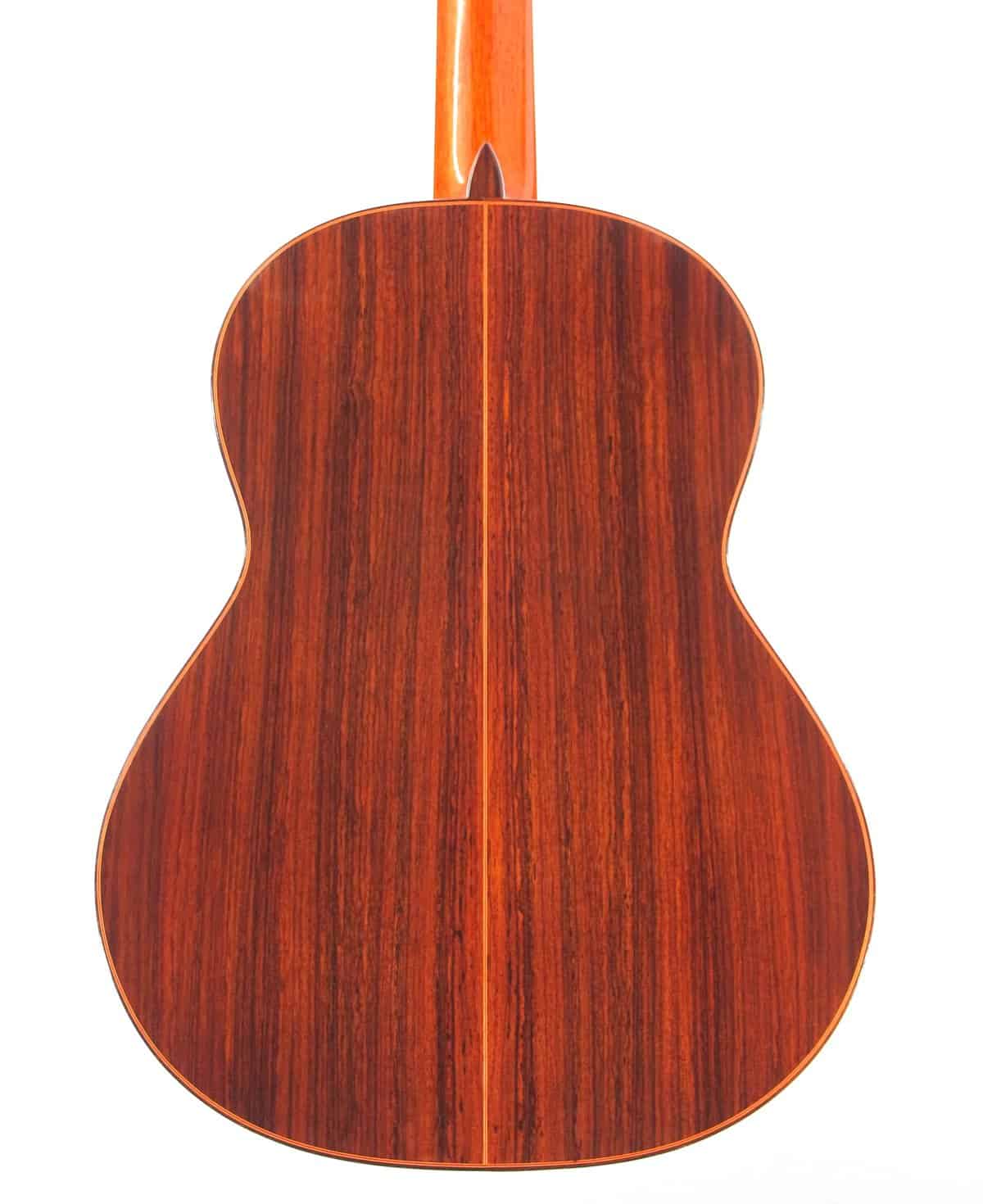 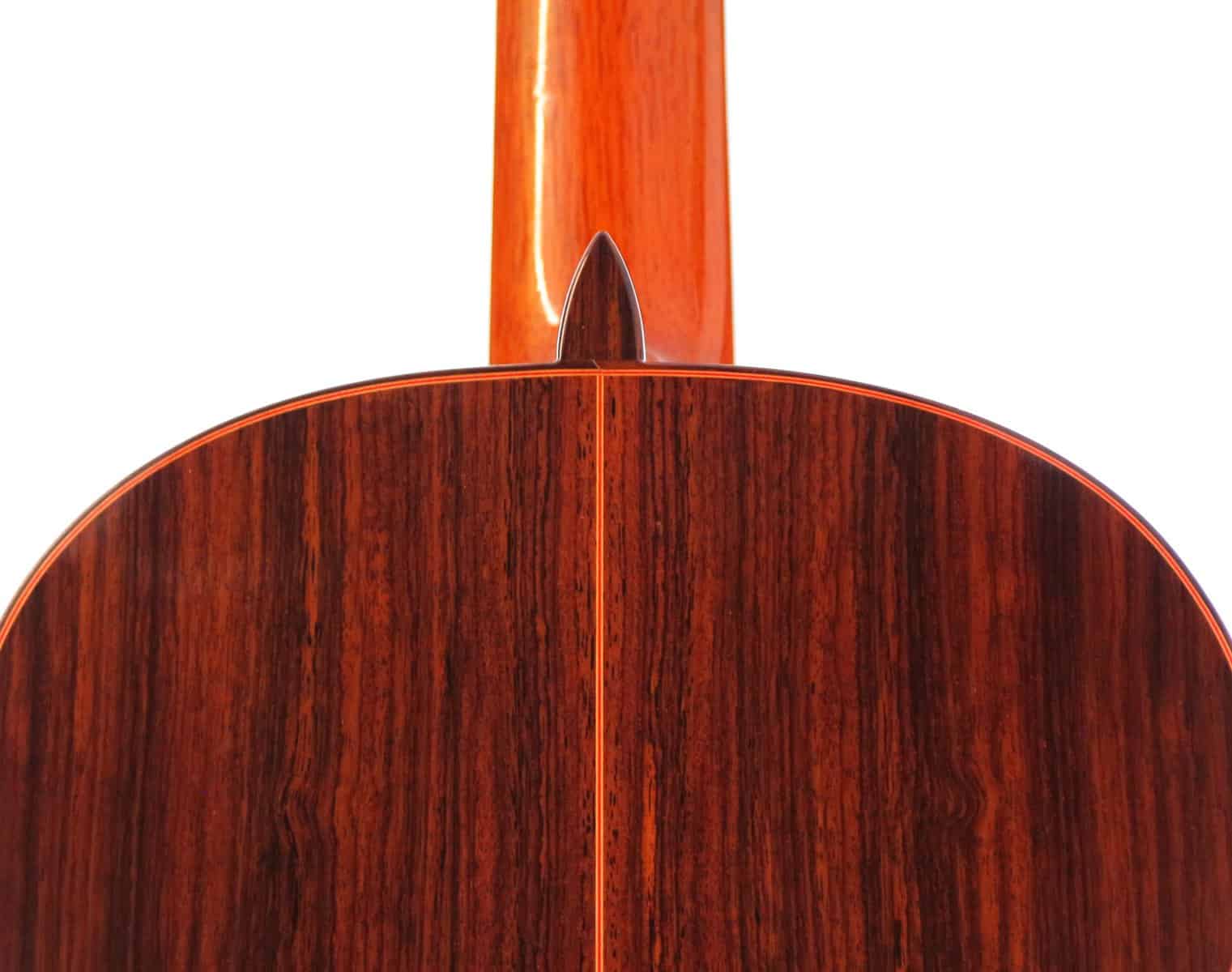 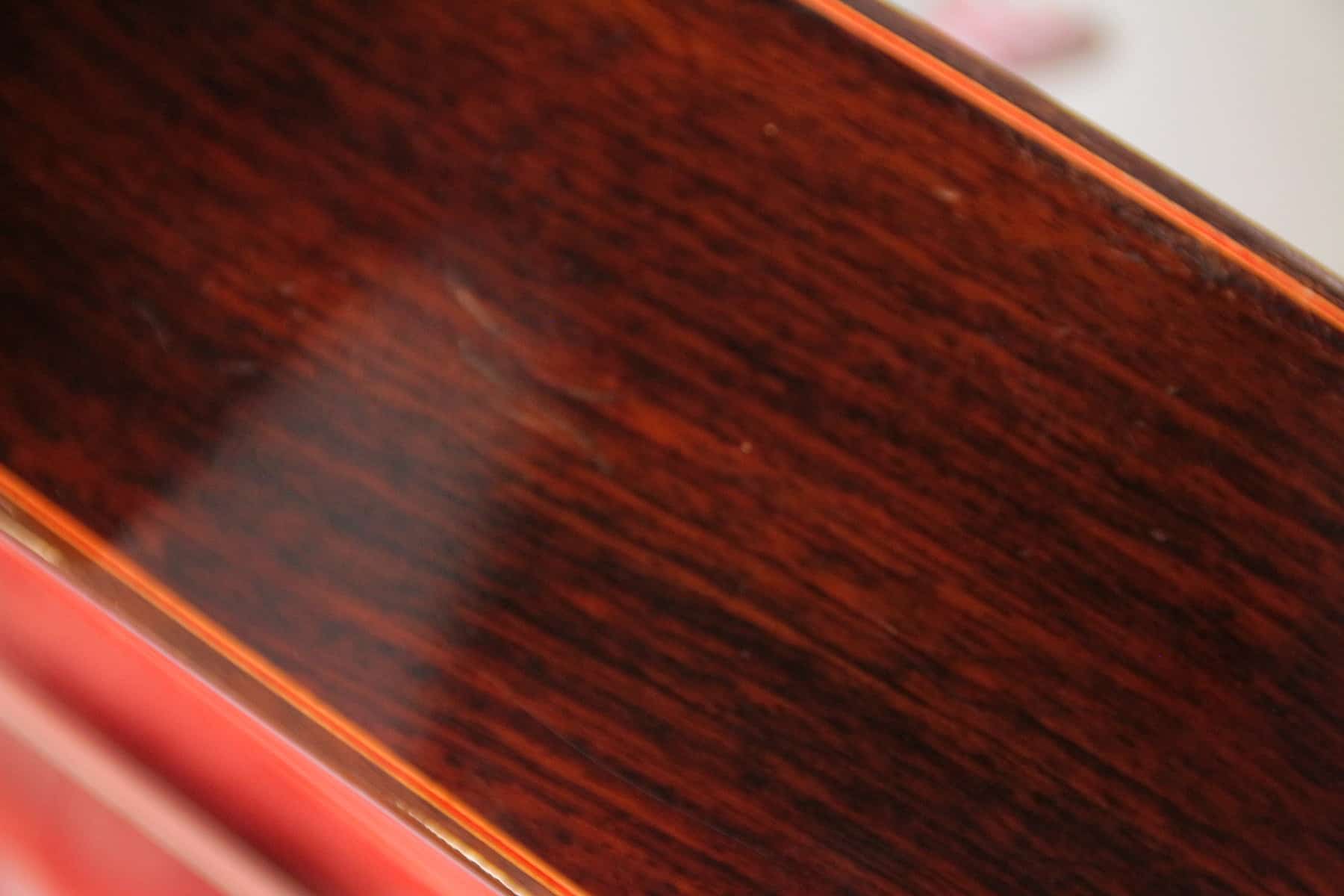 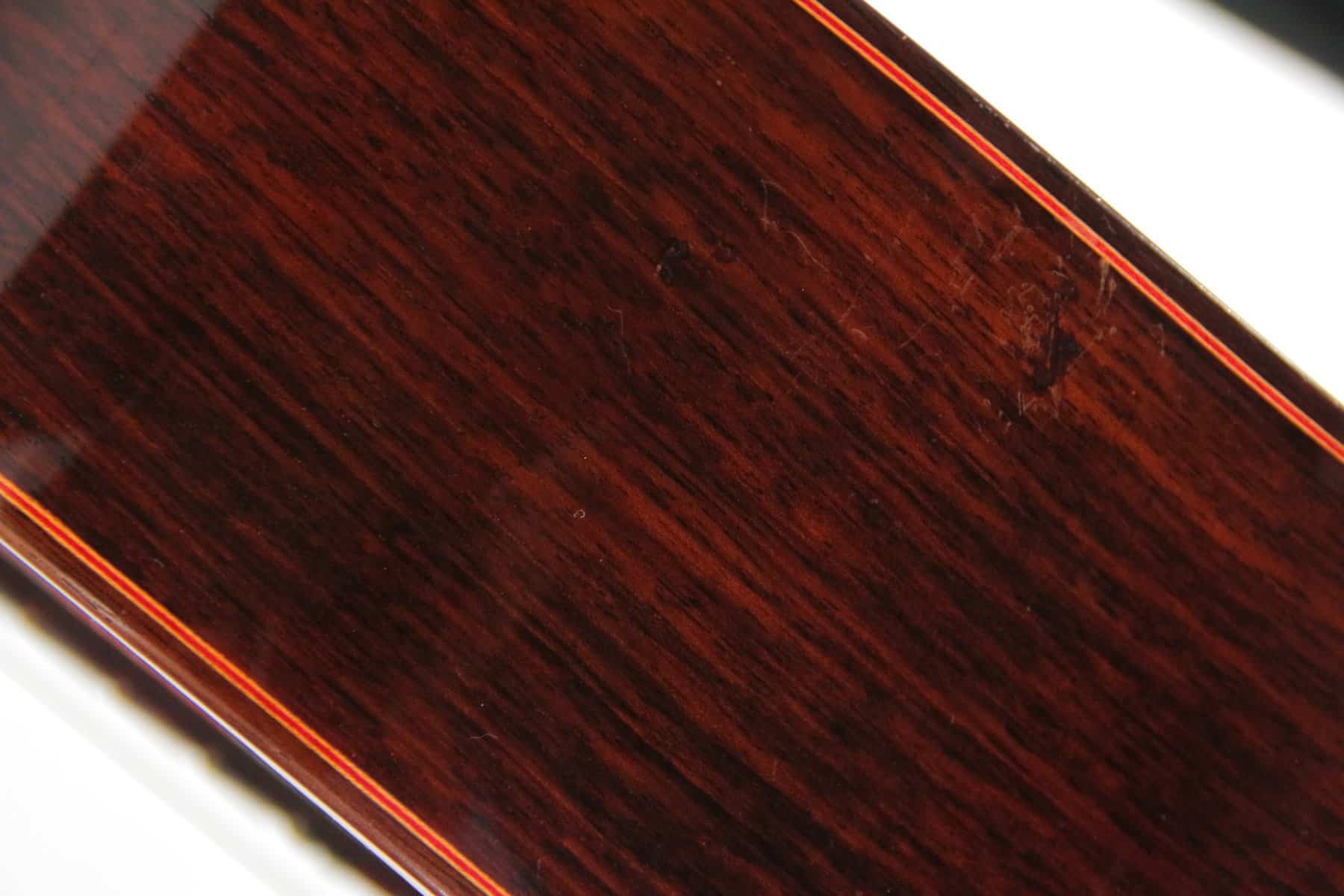 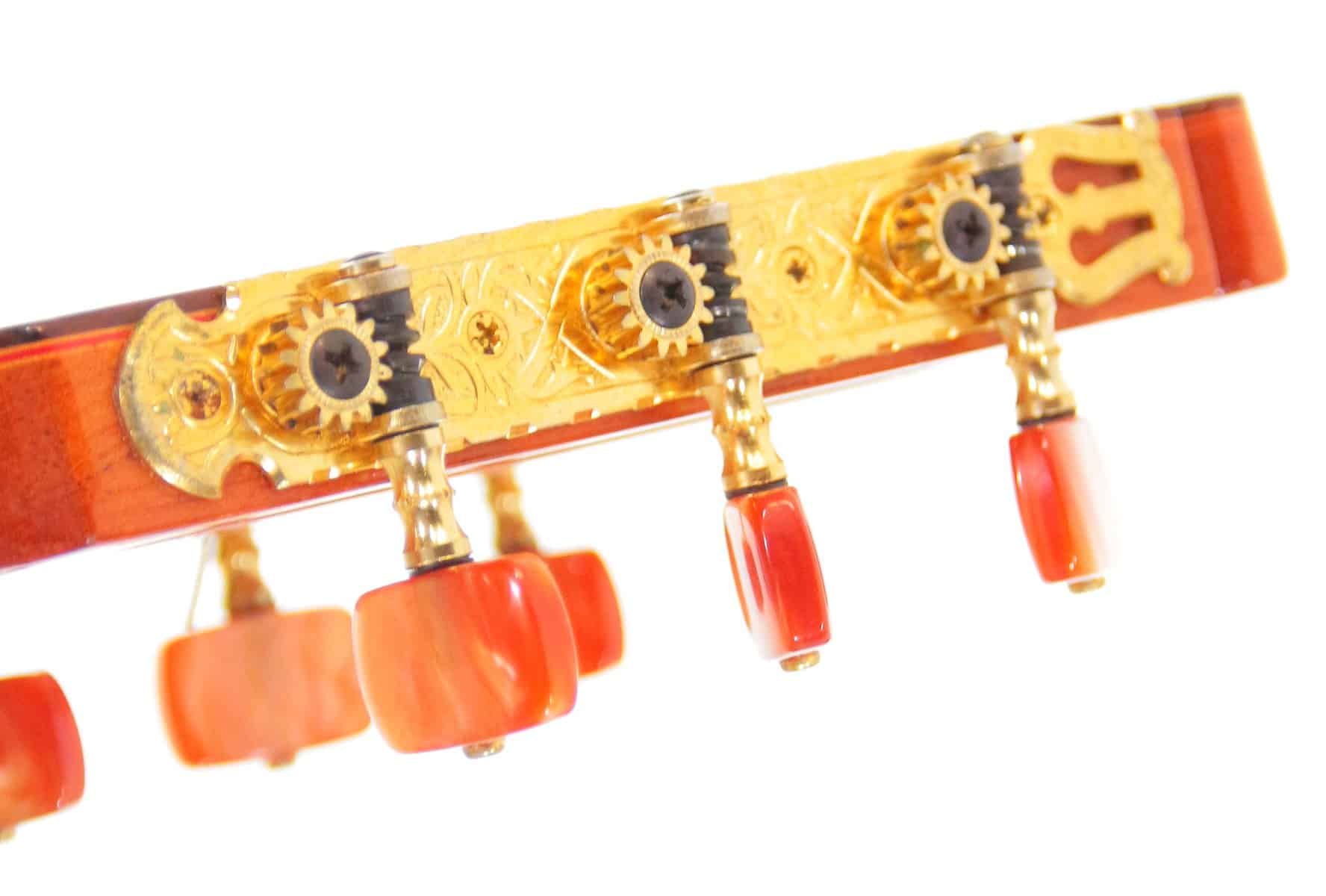 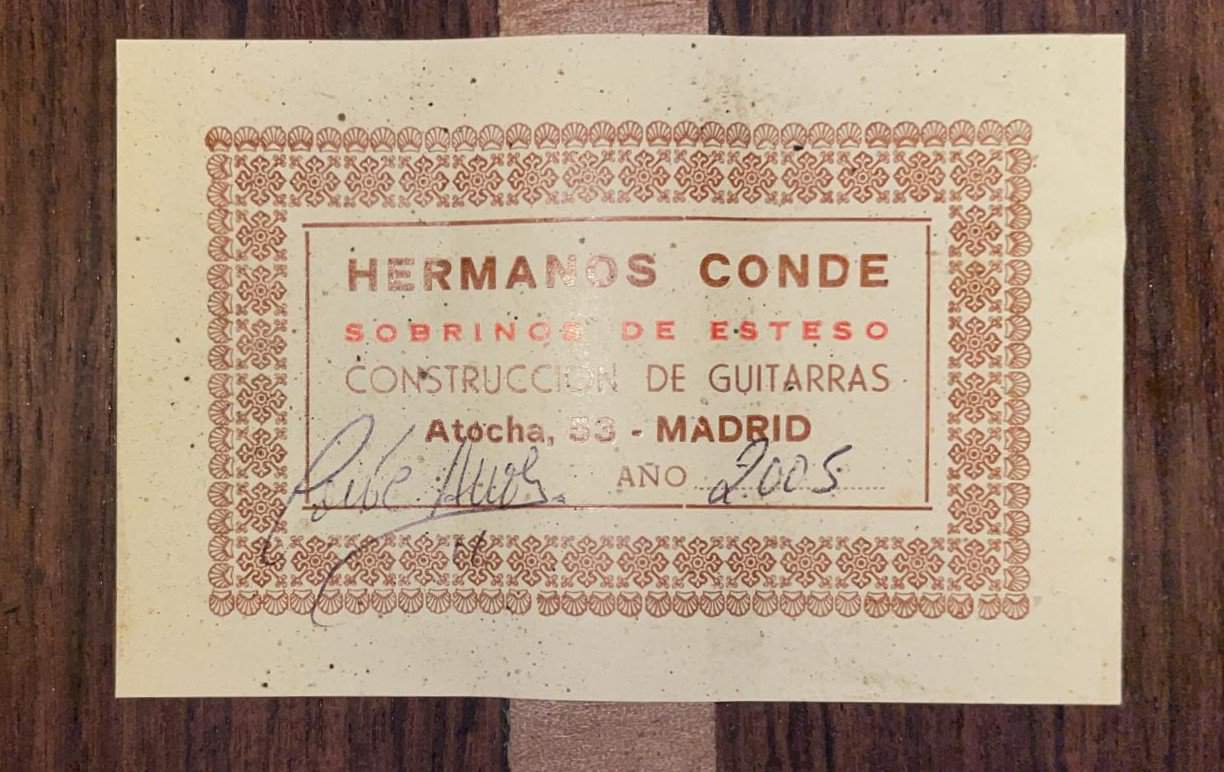 This Hermanos Conde guitar was built in 2005 and is in good condition with some traces of use and play.
The top is made of best spruce wood and the back and sides of finest rosewood (exactly the same wood as Paco de Lucia’s guitar). The nut width is 52 mm and the scale length 660 mm.
The neck is perfectly straight and the action is super low at 2.7 mm E6 and 2.2 mm E1.