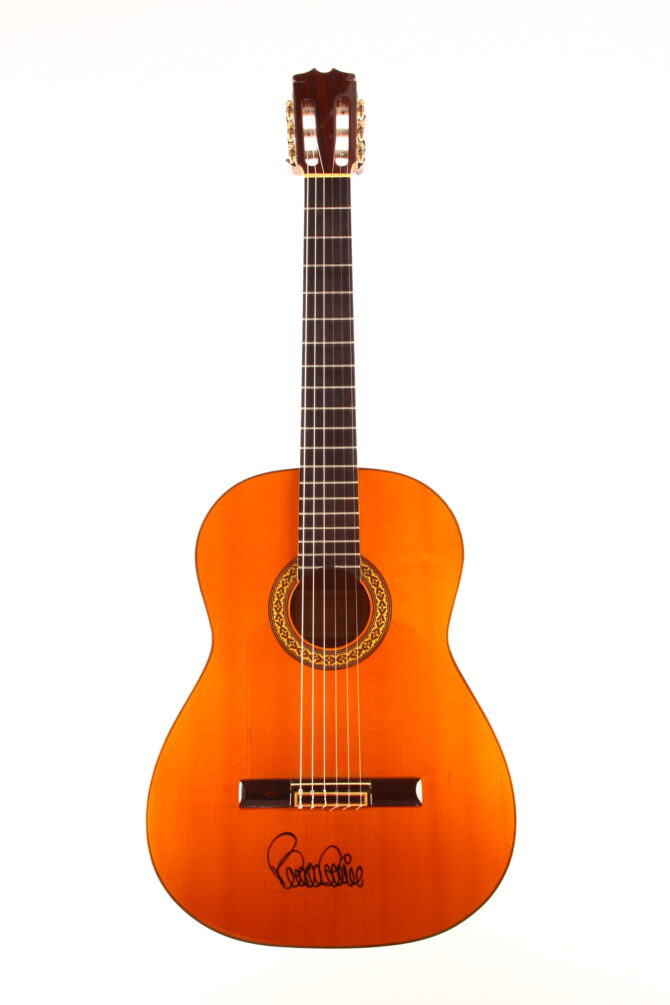 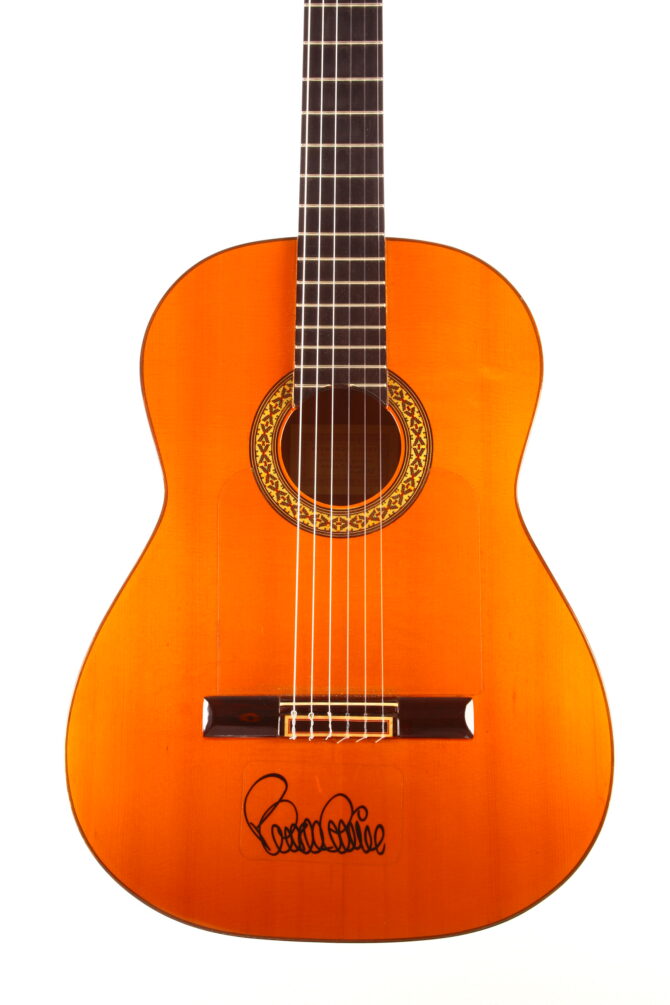 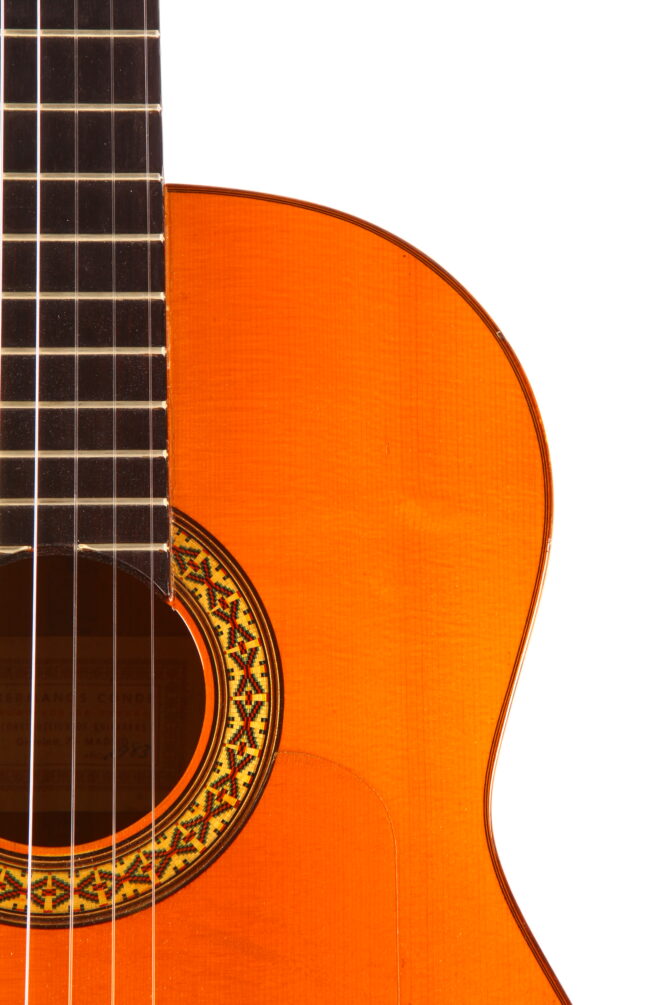 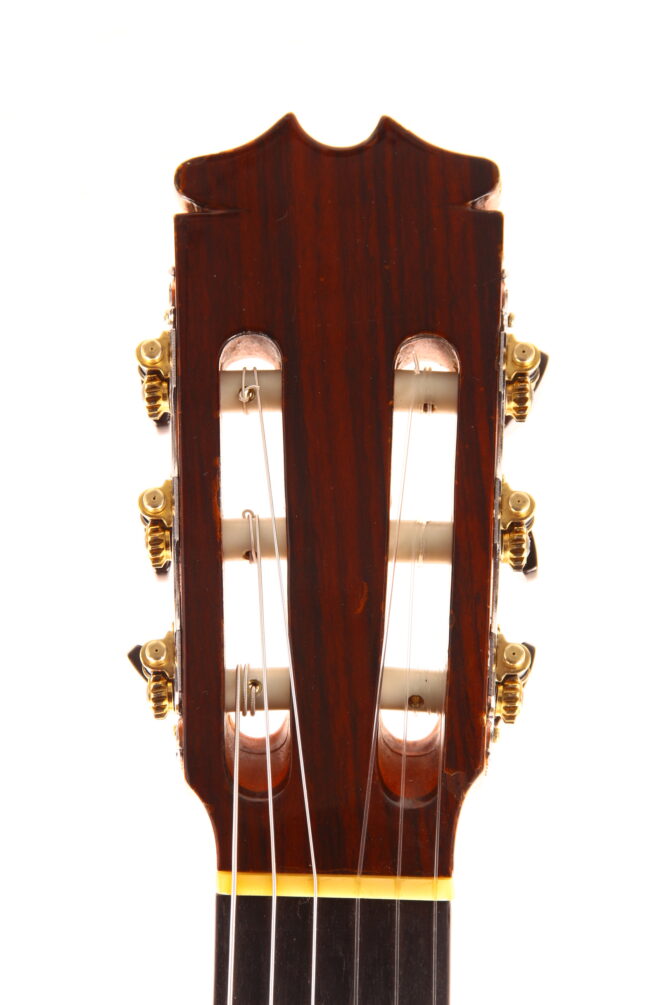 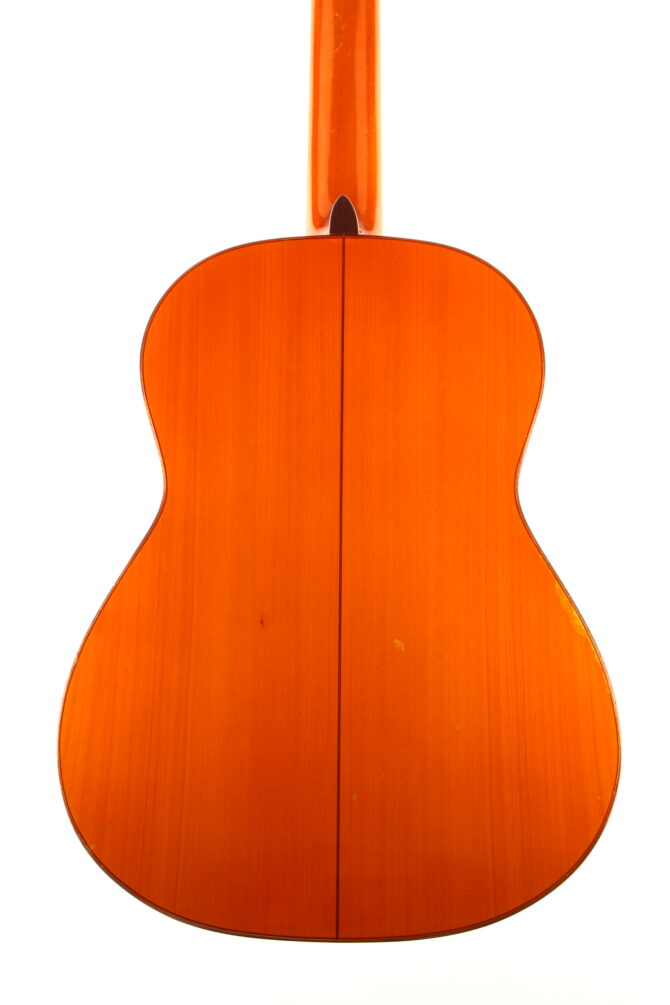 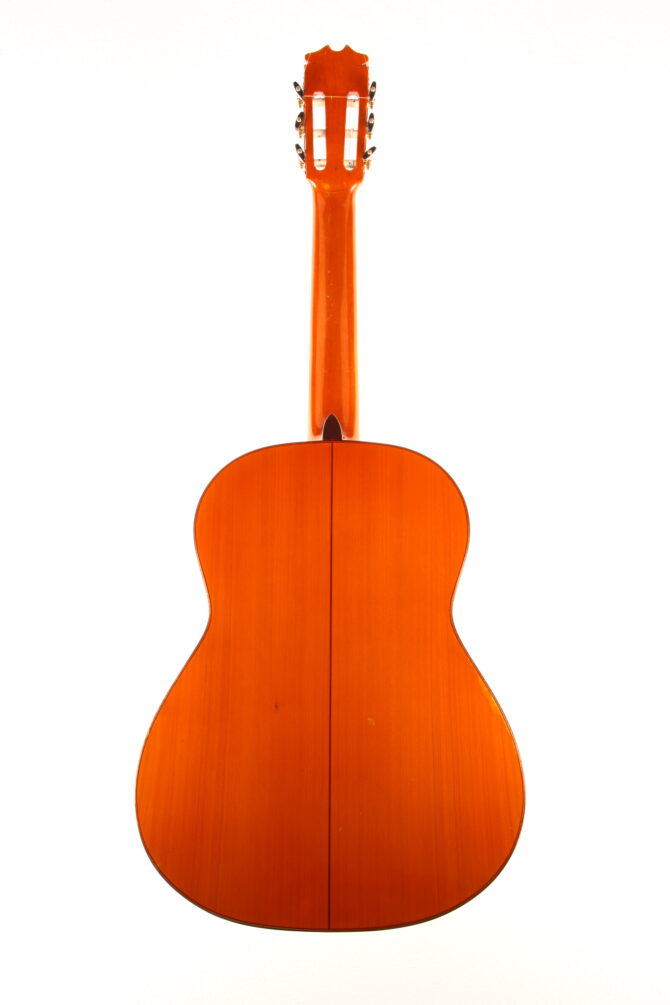 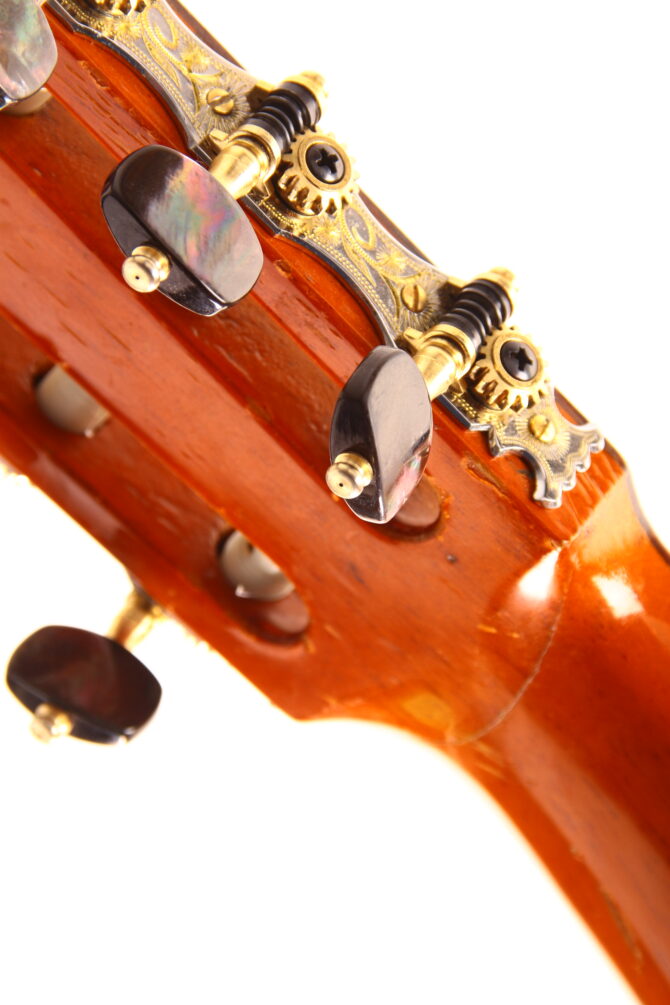 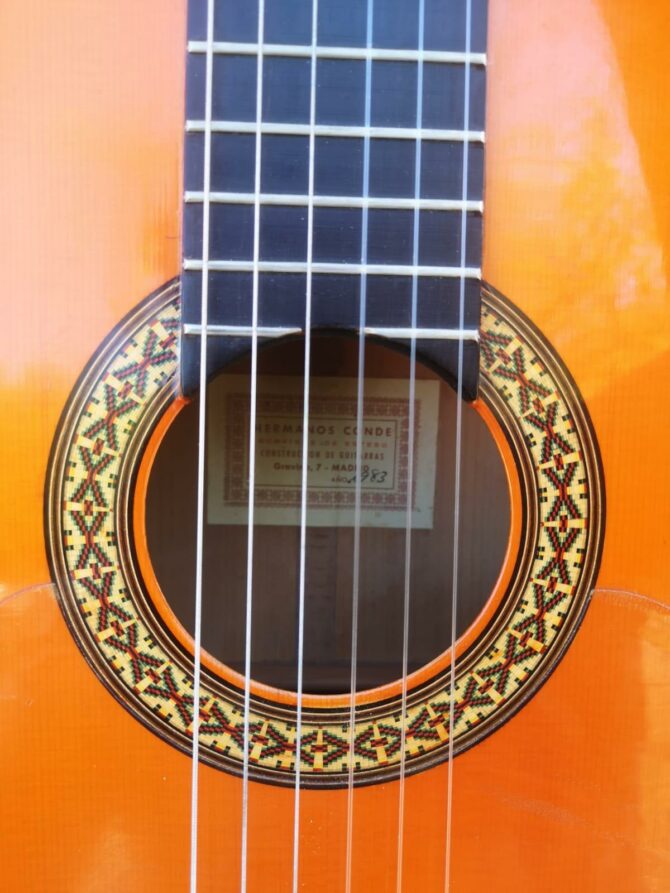 A Hermanos Conde Flamenca Blanca from the 80’s – the best of what you can get from Conde!

This guitar was has additionally been signed by Paco de Lucia, which makes it a rare instrument!

This guitar was made with the best materials, the finest craftsmanship and the most beautiful features – it is a guitar that corresponds to the guitars Paco de Lucia played.

The top is made of fine german spruce. Back and sides are made of best cypress wood.
The guitar offers an absolutely furious sound. Just as you know it from the recordings of the masters. It leaves no wishes unfulfilled. Absolutely powerful and dynamic, with deep basses – it is a pleasure for the player and listener at the same time.

This Conde is well adjusted and it gives the feeling that the guitar plays by itself. Perfect action, straight neck. The scale is 660 mm and the nut width is 52 mm.
The condition is very good for its age.

It comes with a the original hard case.