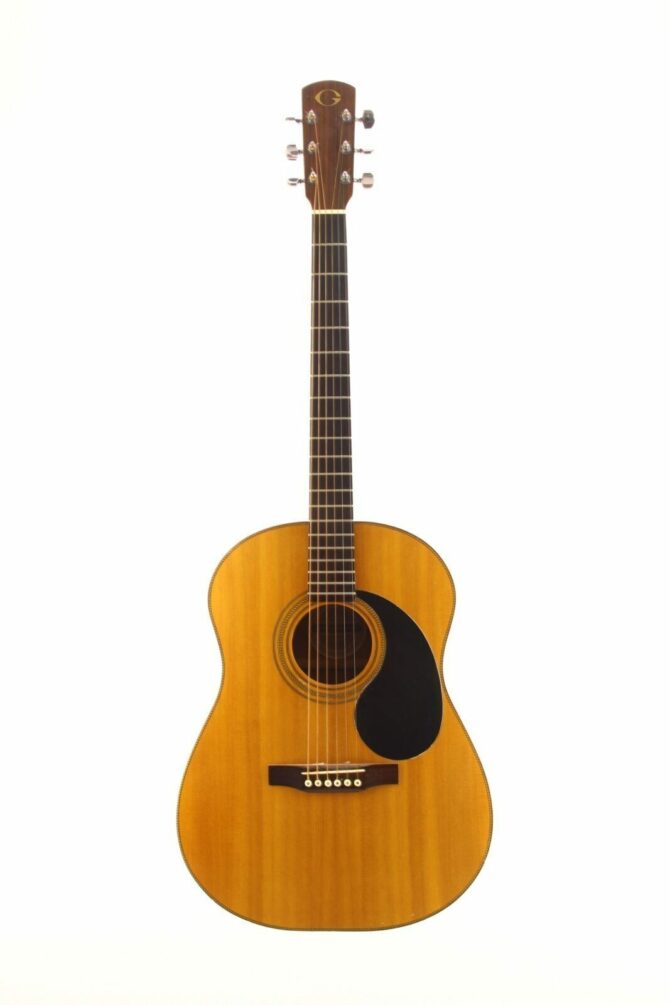 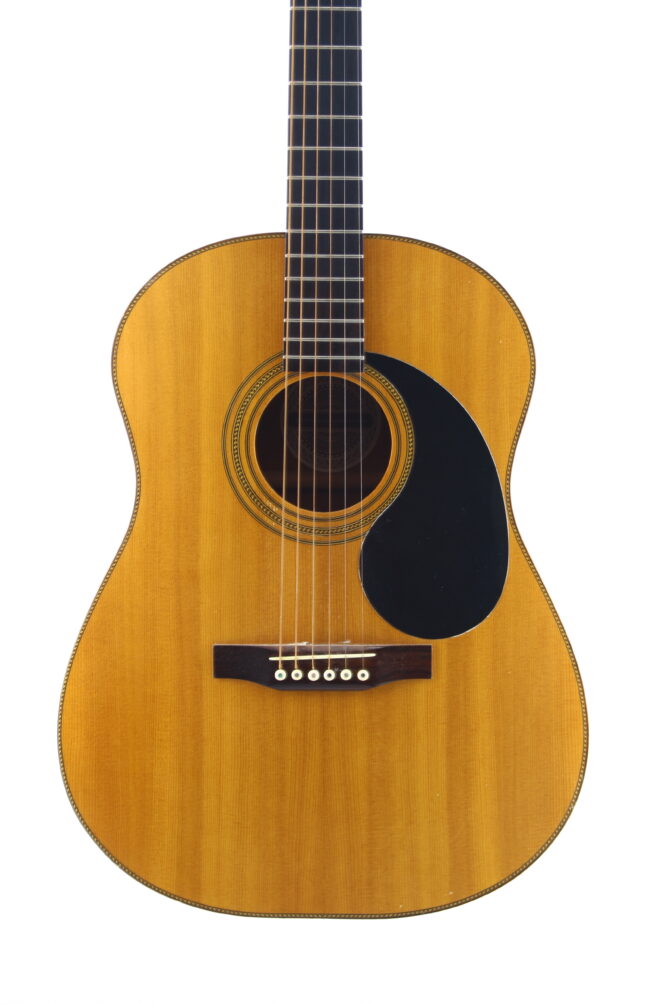 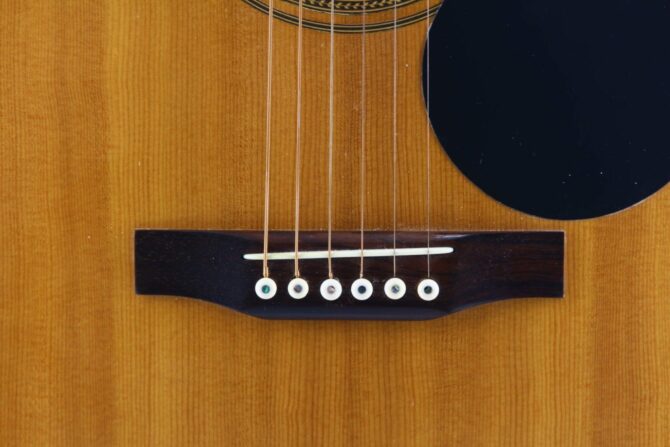 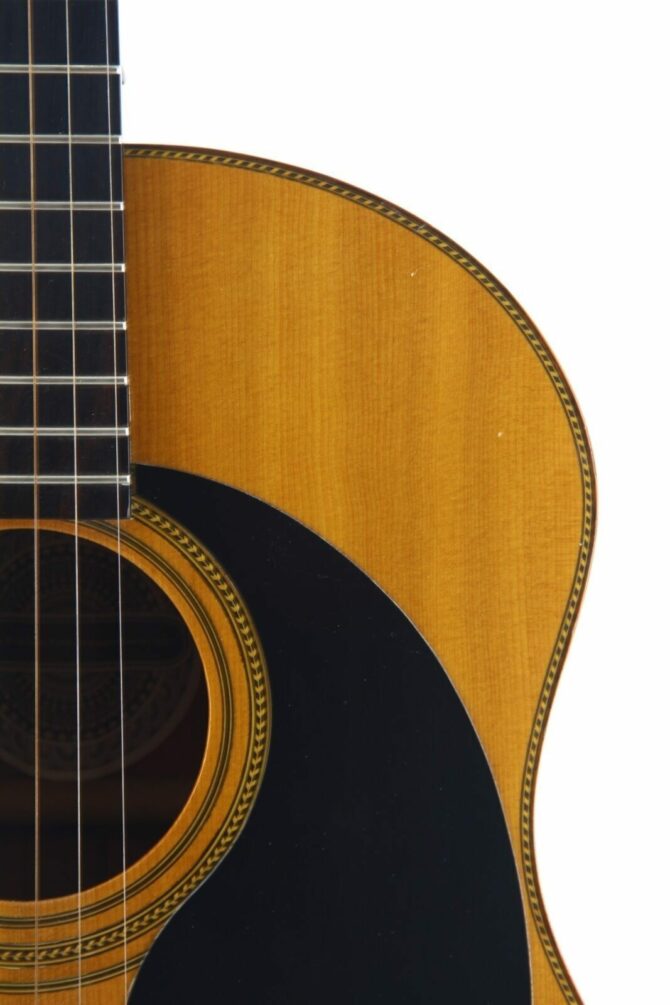 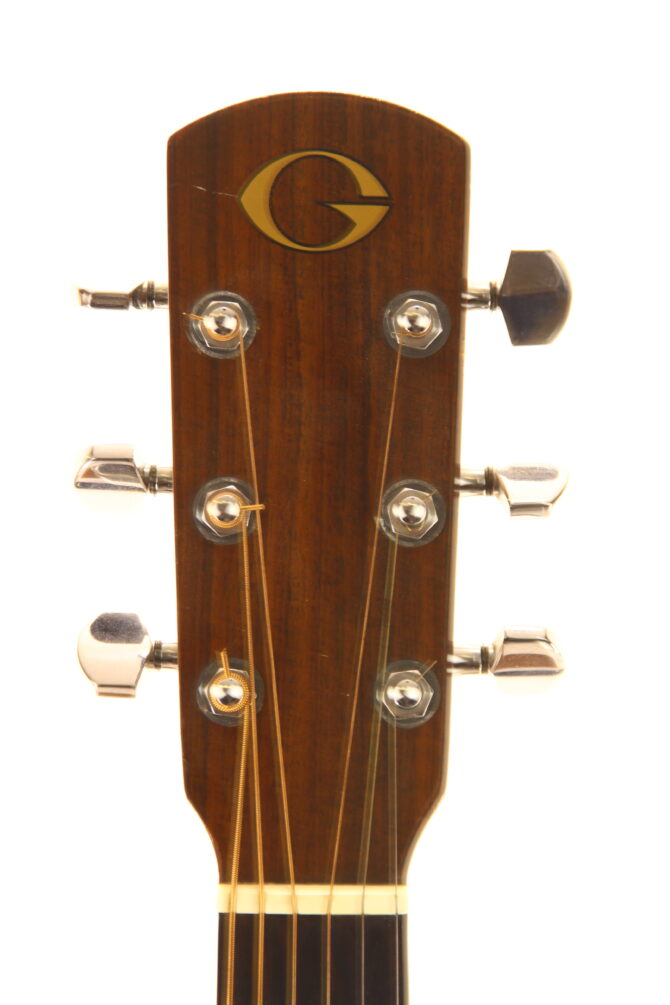 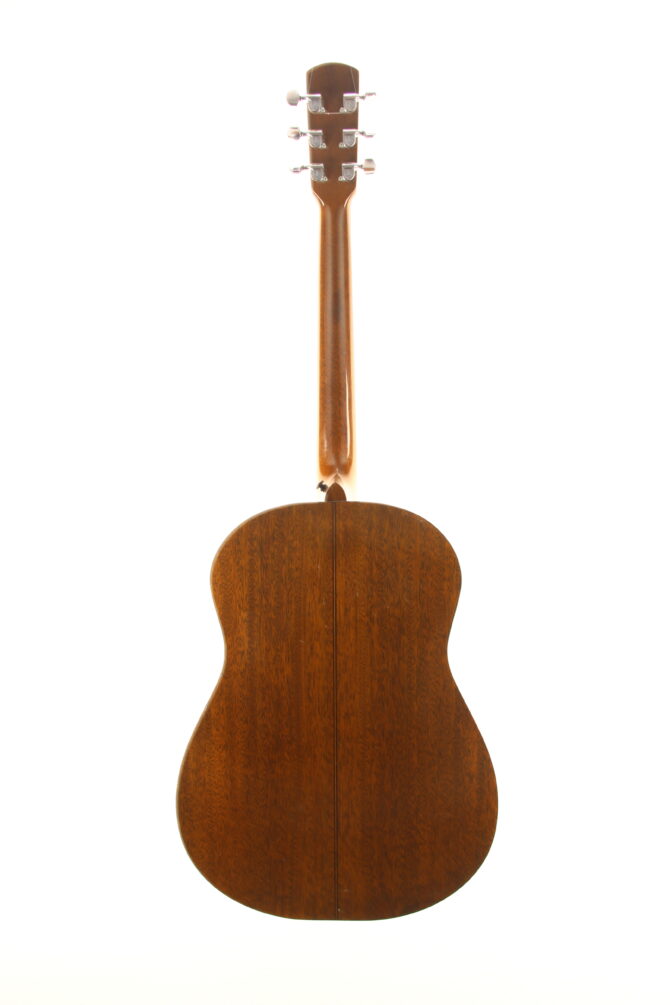 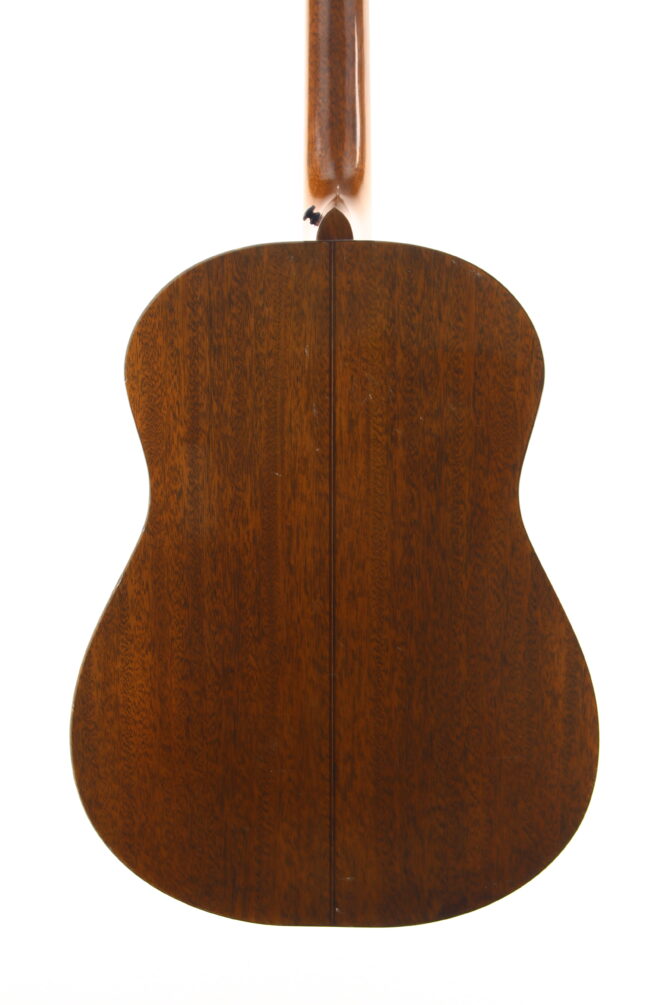 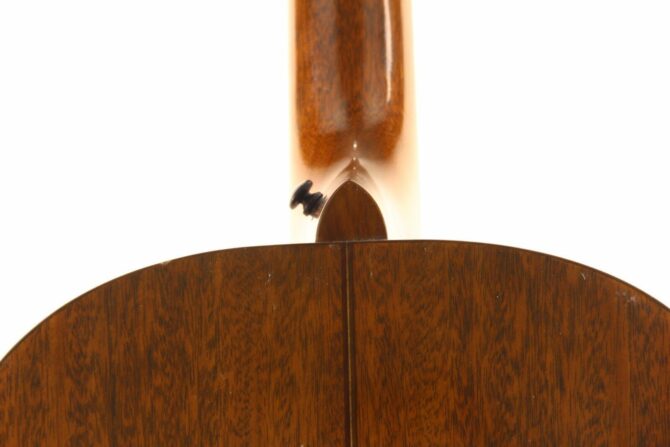 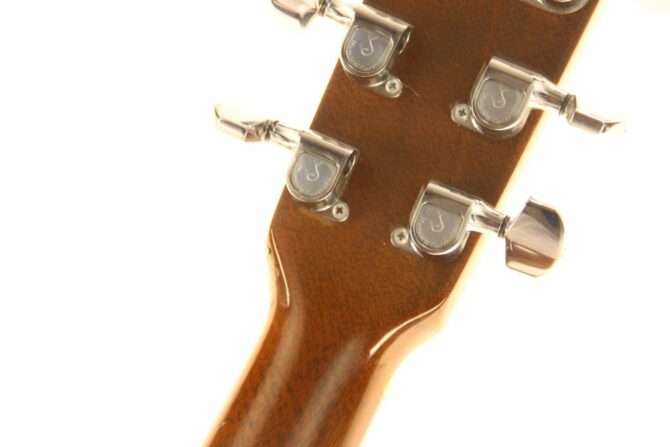 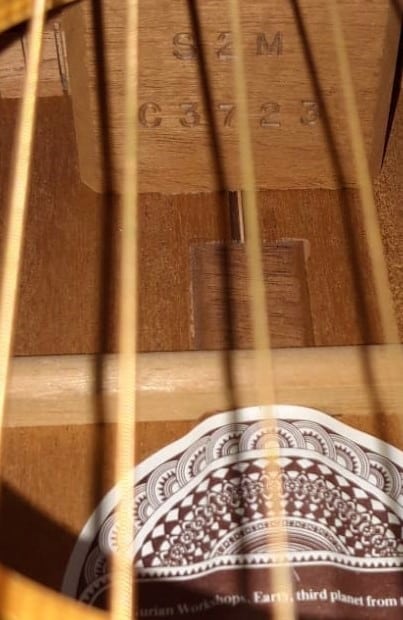 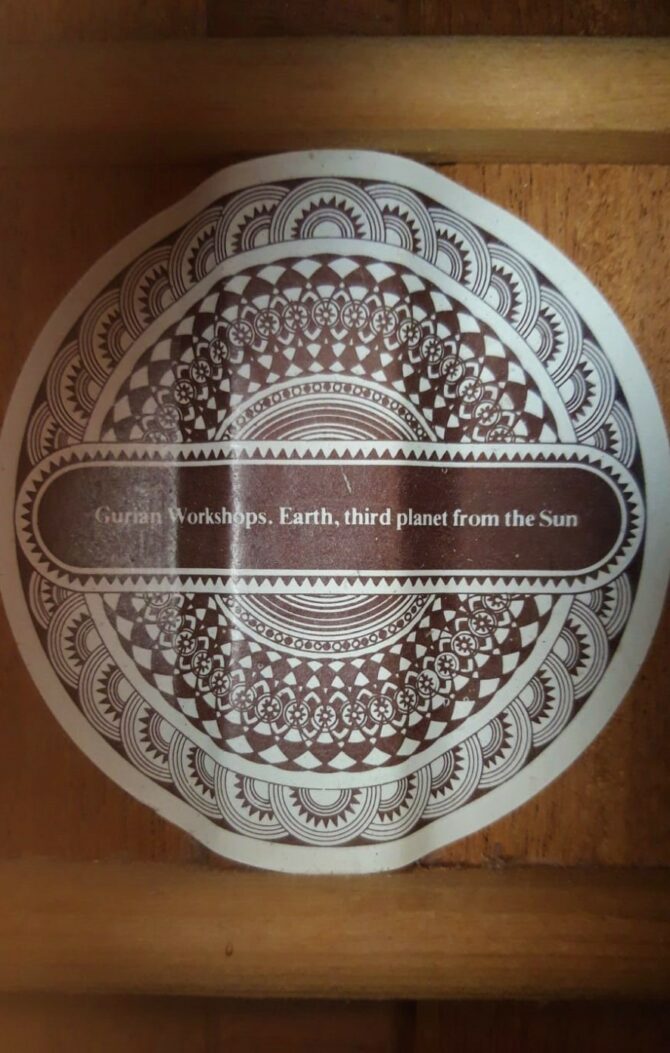 You probably know that Michael Gurian founded one of the earliest boutique guitar companies in the mid-60s, selling high quality guitars.
Gurian only built around 5,000 guitars, all between 1965 and 1981. When they were first introduced, artists like Bob Dylan, James Taylor, Joan Baez, Paul Simon, ABBA and Jackson Browne snatched them up.

You don’t see many of them around these days, and most folks hold on to them, for good reason.

This guitar is from the “C”-series and was made around 1975. The S2M has a smaller mahogany body with a premium spruce top. There is rope purfling around the top and a herringbone rosette. There are signs of wear from play and use on it and it has a professional repair to the lower side too. But all in all it is in great shape.

The neck is straight and the action is low and finger-friendly. The guitar plays great and is a lot fun to play.

The size 2 guitars were considered Gurian’s most versatile guitar, extremely well balanced with more than ample bass, but never boomy. This particular guitar has a nice punchy sound at the bottom end and a crisp and ringing treble.

It comes with a non original case.