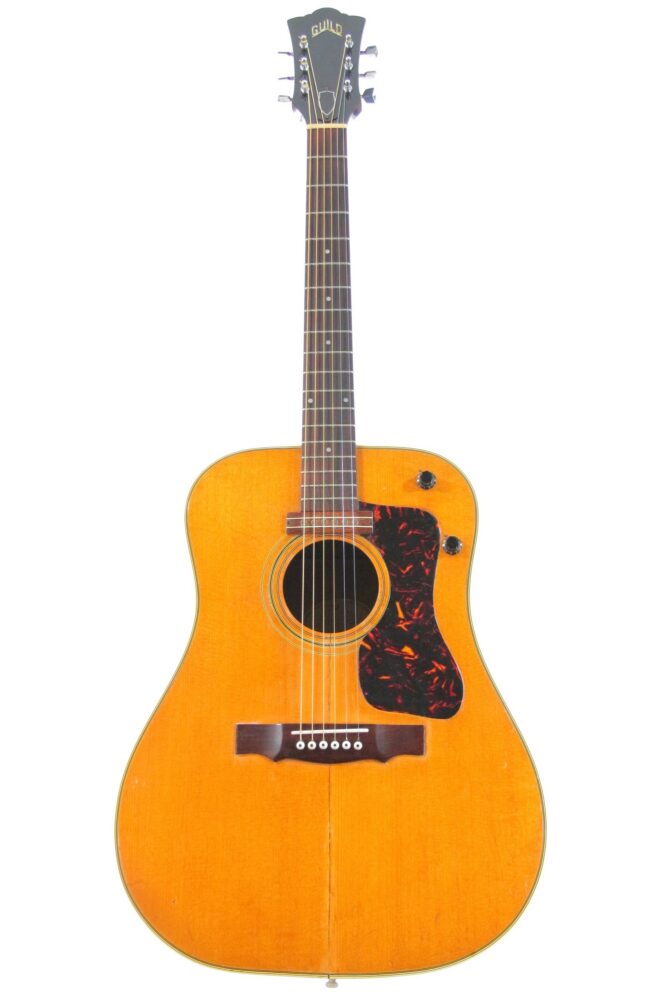 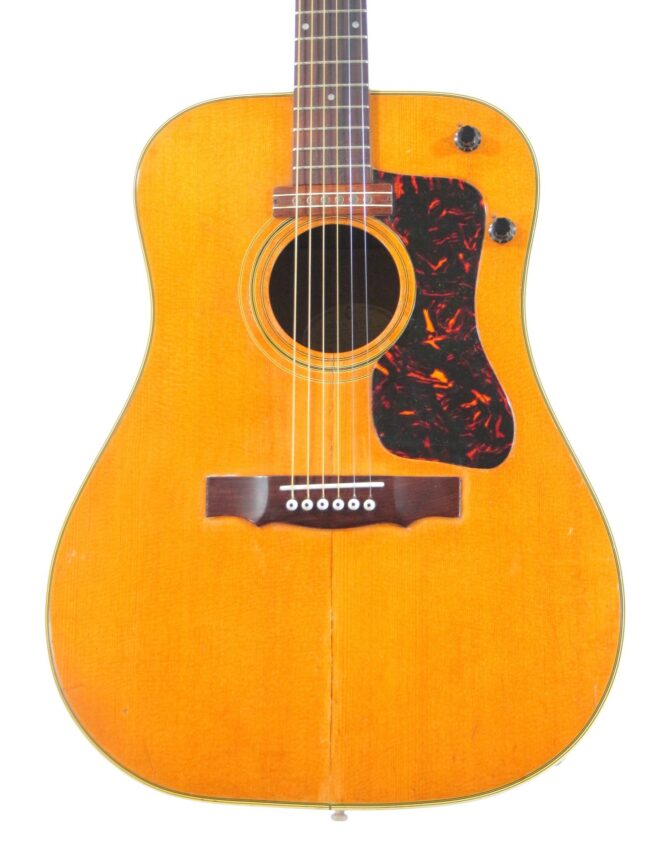 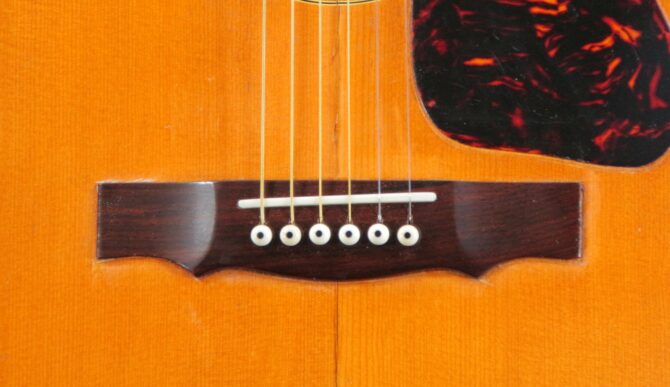 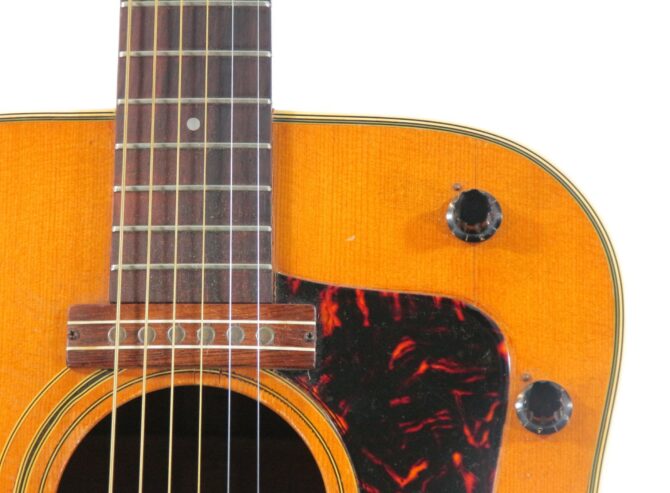 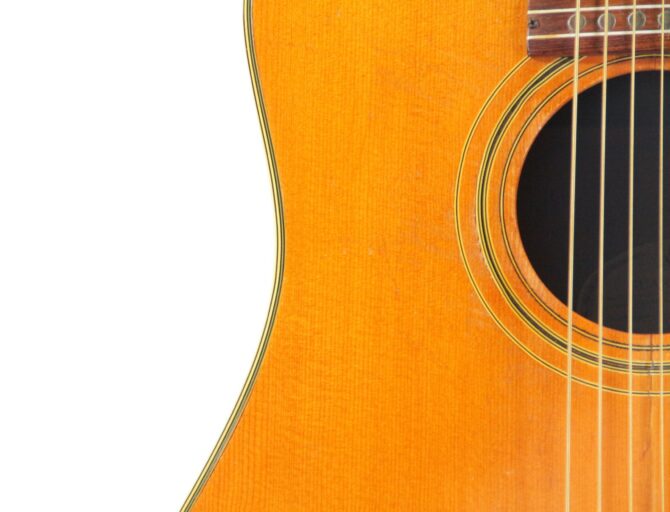 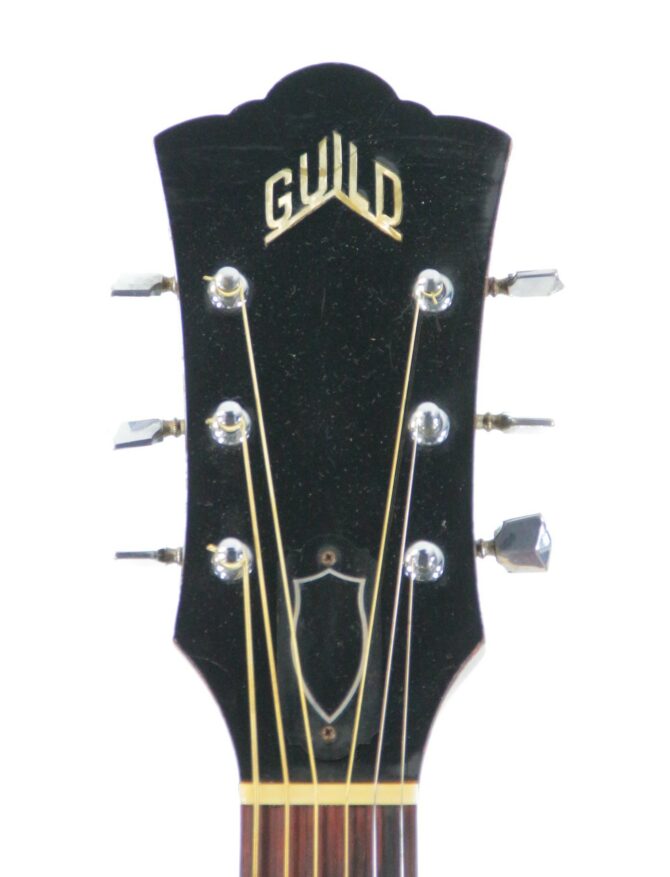 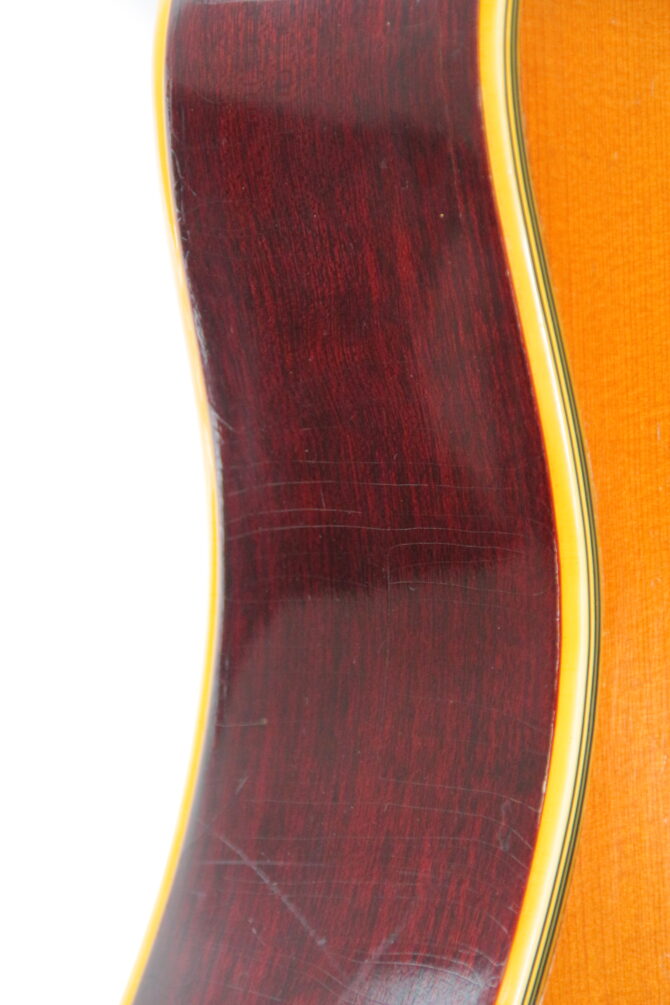 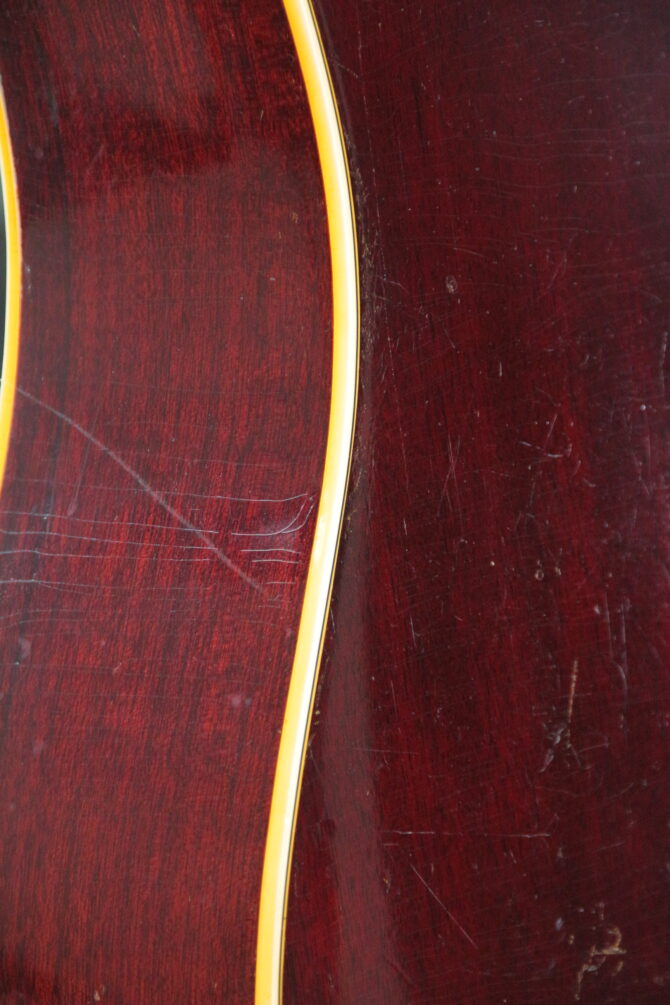 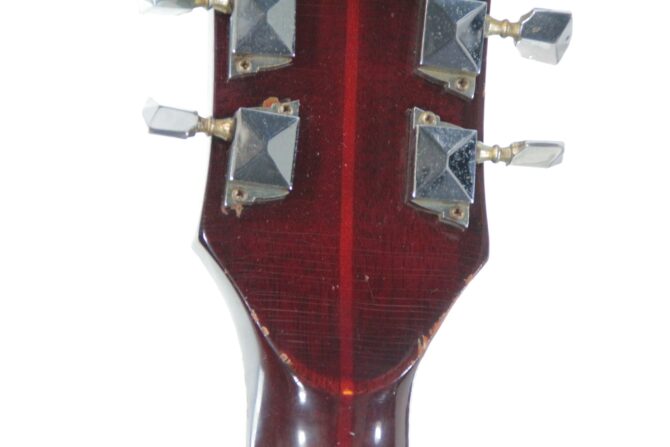 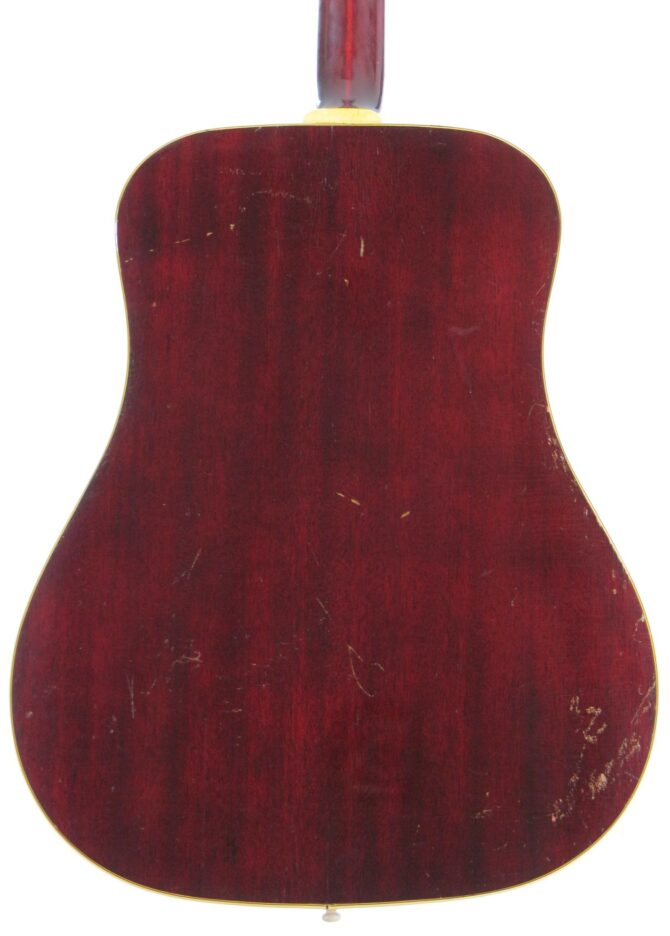 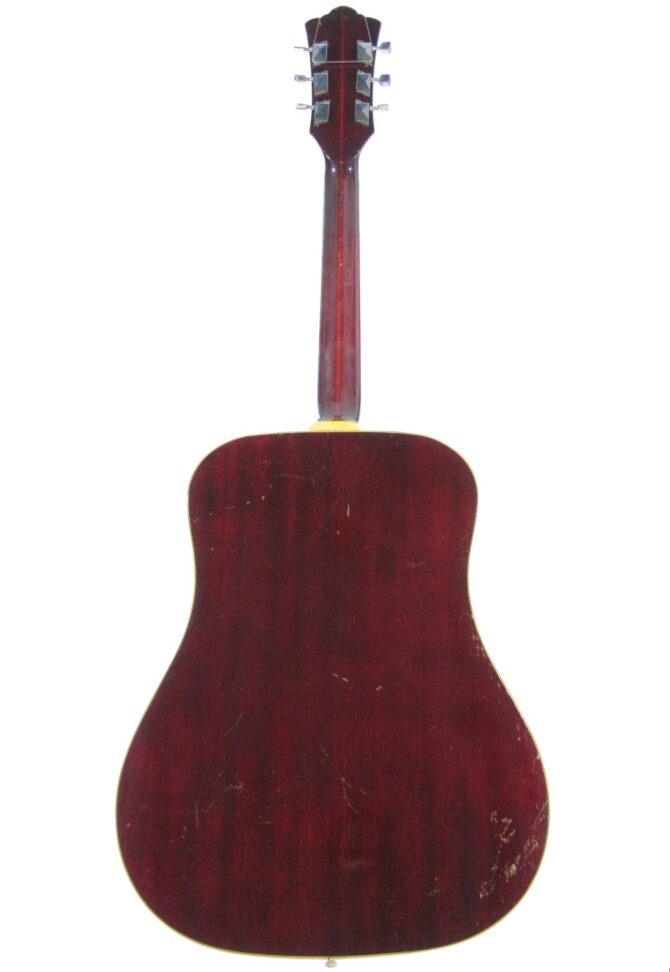 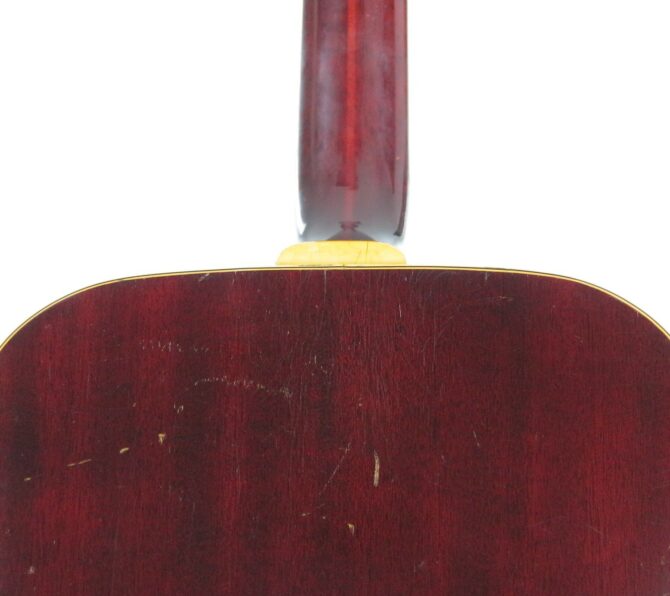 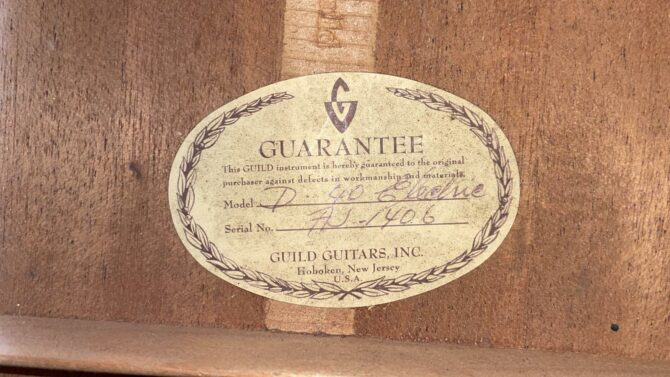 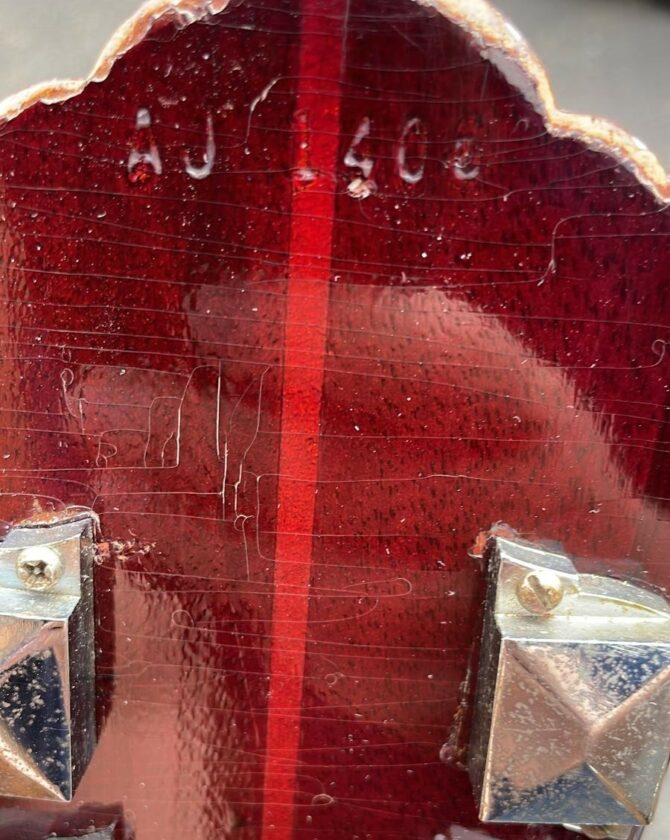 From this golden age of Guild comes this great D-40E. The D-40 was launched in 1963 along with D-50. These dreadnoughts were designed for balance and projection to help the guitars stand out against a full bluegrass band. This is a rare D-40E model with factory built in electronics.

It sounds resonant and punchy, with a full tone and great clarity and definition. It’s a very responsive guitar, with a very comfortable action and a great feeling neck. The pickup works well and produces a very nice vintage sound!

The guitar has the center seam reglued and 2-3 other tiny repairs. Overall it is in great vintage condition, with the right amount of wear from play and use.