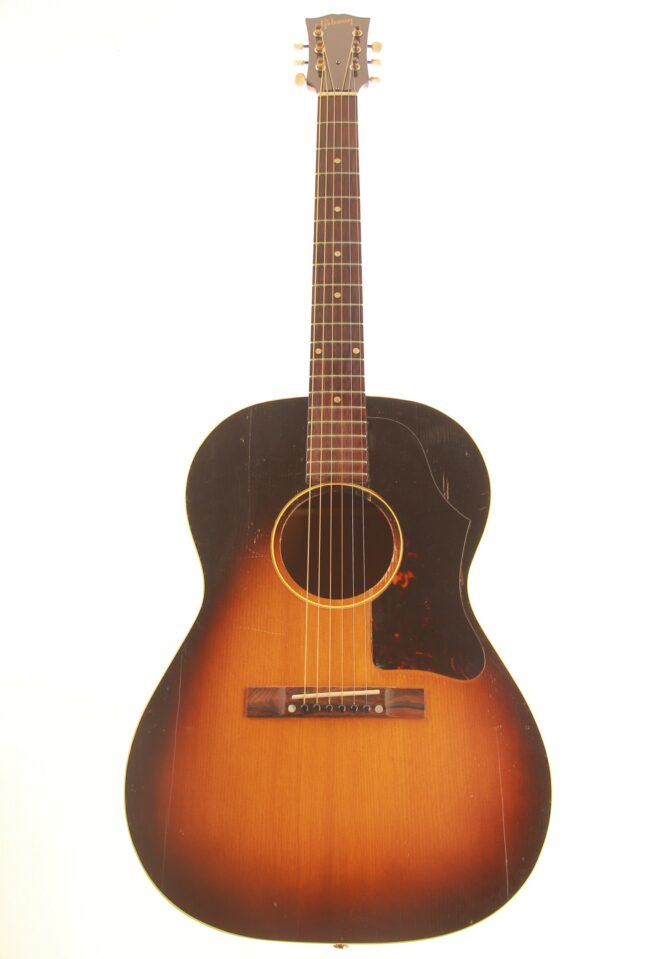 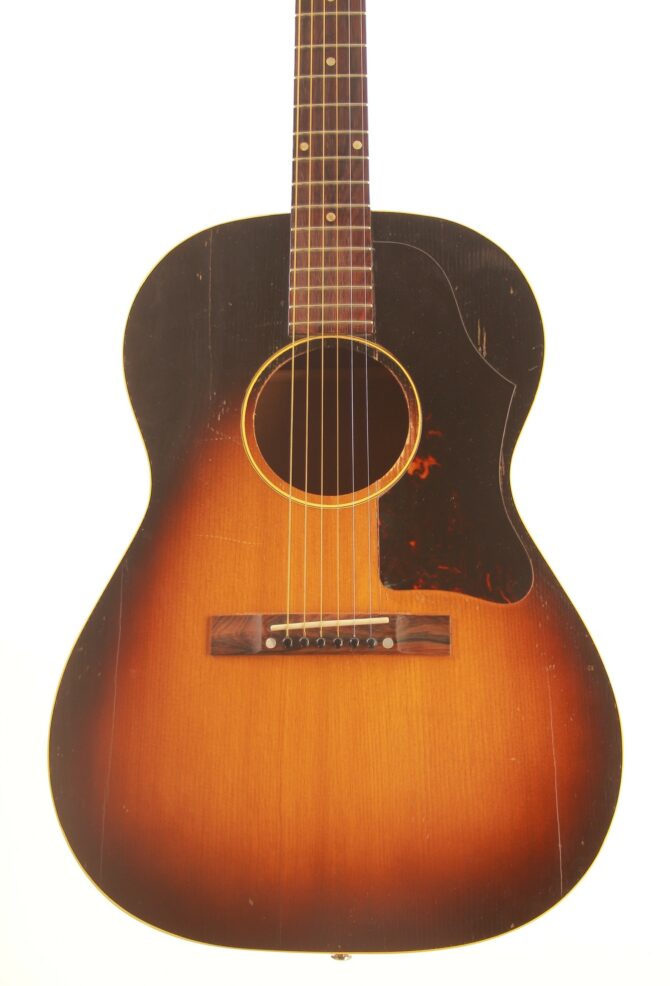 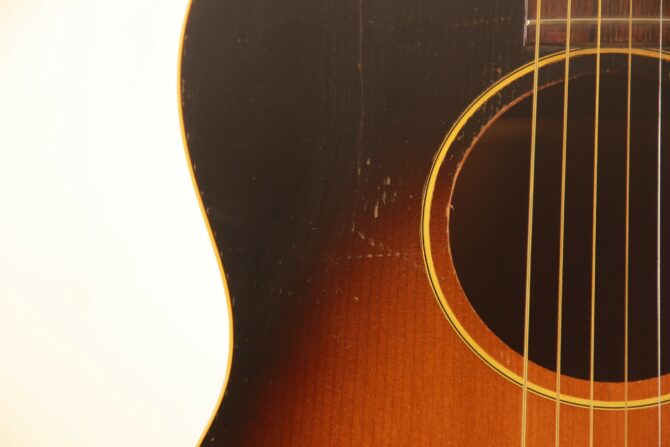 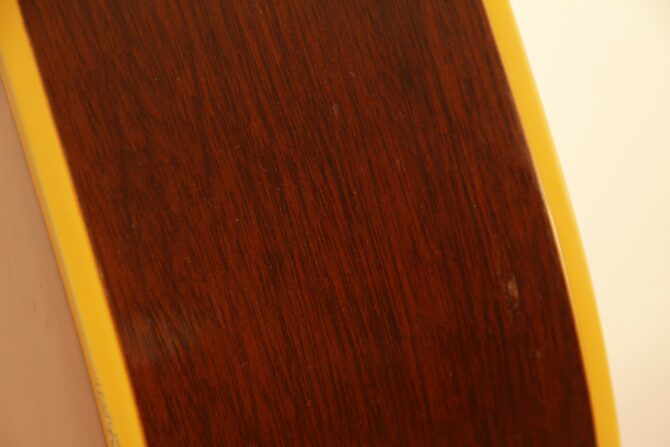 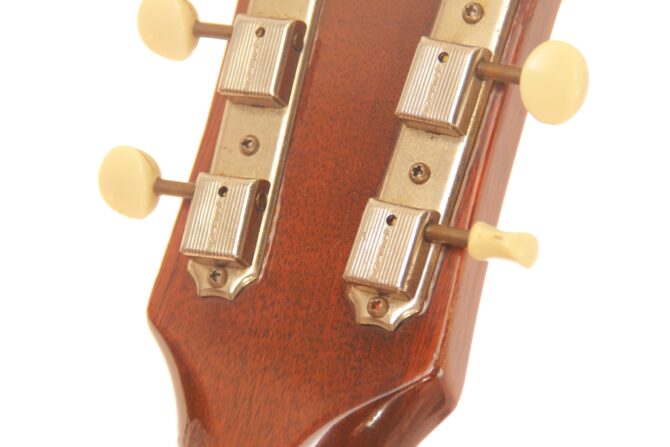 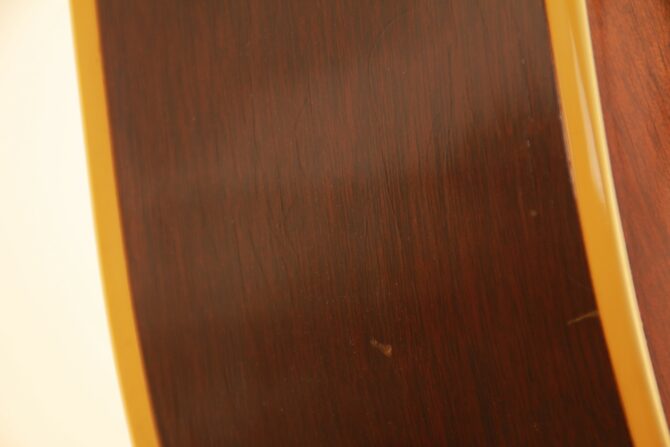 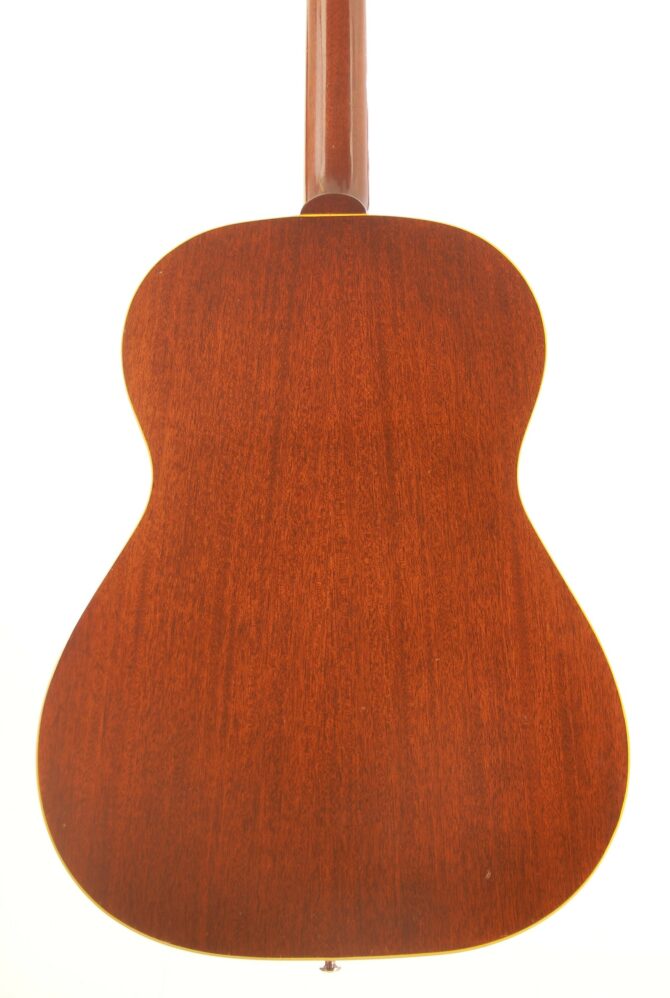 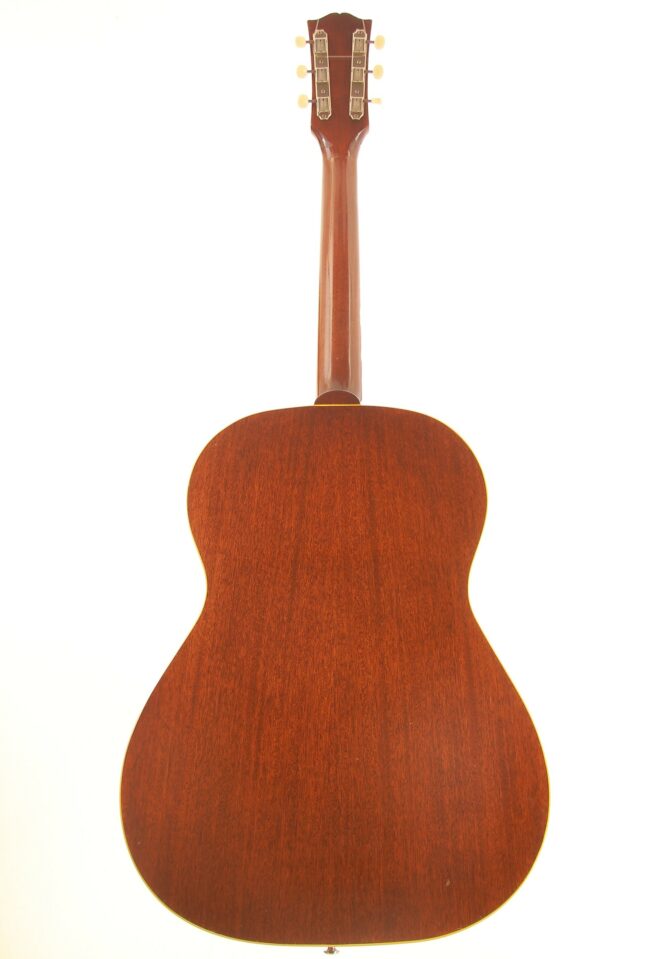 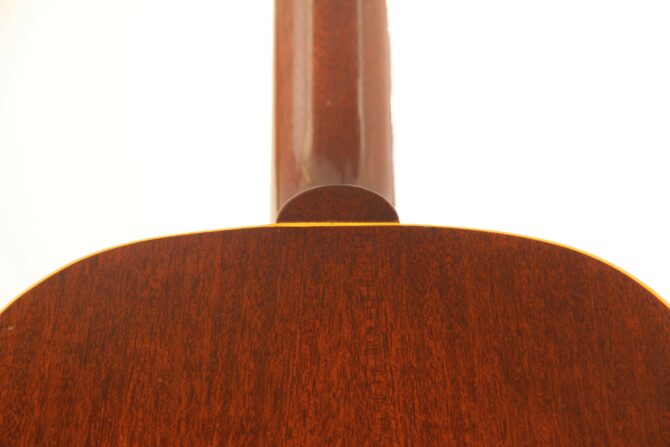 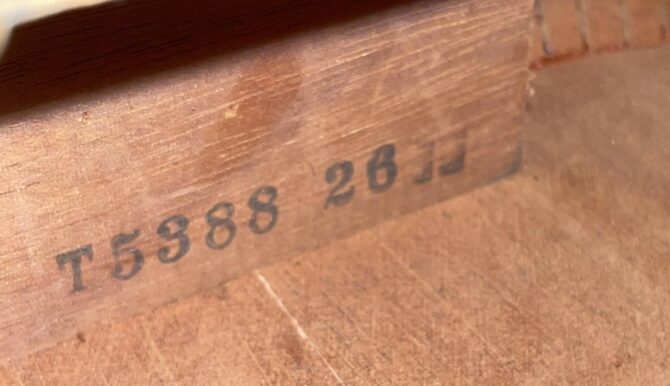 This 1958 Gibson LG1 is an absolute beauty – it’s difficult not to talk about the look of this guitar before mentioning the sound.
It has that wonderful tobacco sunburst that Gibson did so well in the 50’s, with a nice tortoiseshell pickguard, the tobacco burst is still deep, and the amber center has a real glow to it – very eye catching.

The guitar’s in very good condition, just the right amount of playwear so you know it been played enough for the tone to mature over the last 64 years, but clean enough to tell you it’s been well looked after.
There are a few cracks repaired, mostly on the top. The frets are in very good shape and the neck is straight.

Tonally, it has a rich sound, lending itself to bluesy fingerpicking, although it’s very versatile, handling strumming very well, and has plenty of bite when soloing. The neck feels great and with the low action it plays like butter.

The guitar comes in a non original hard case.