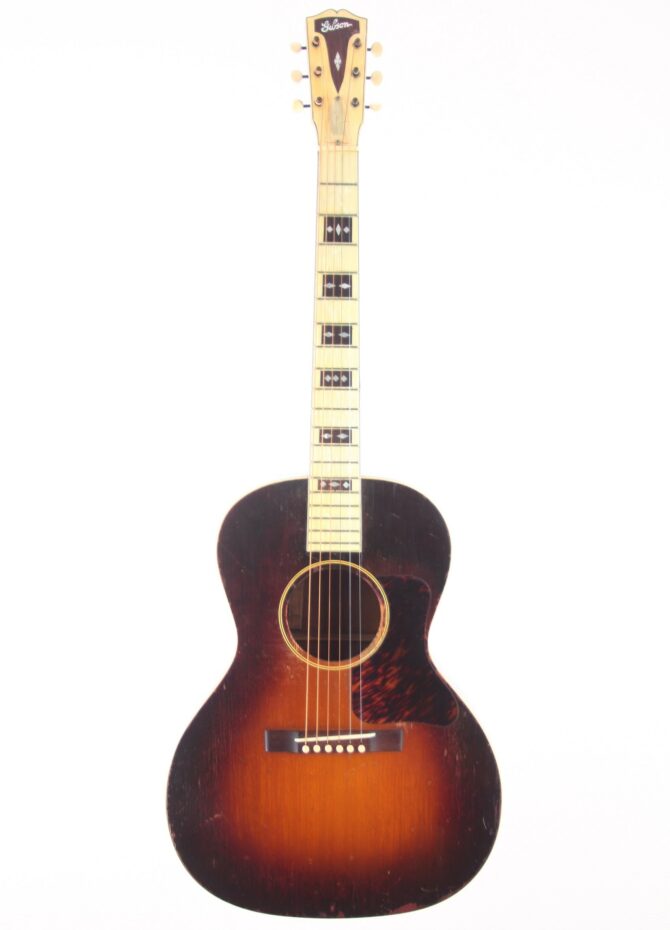 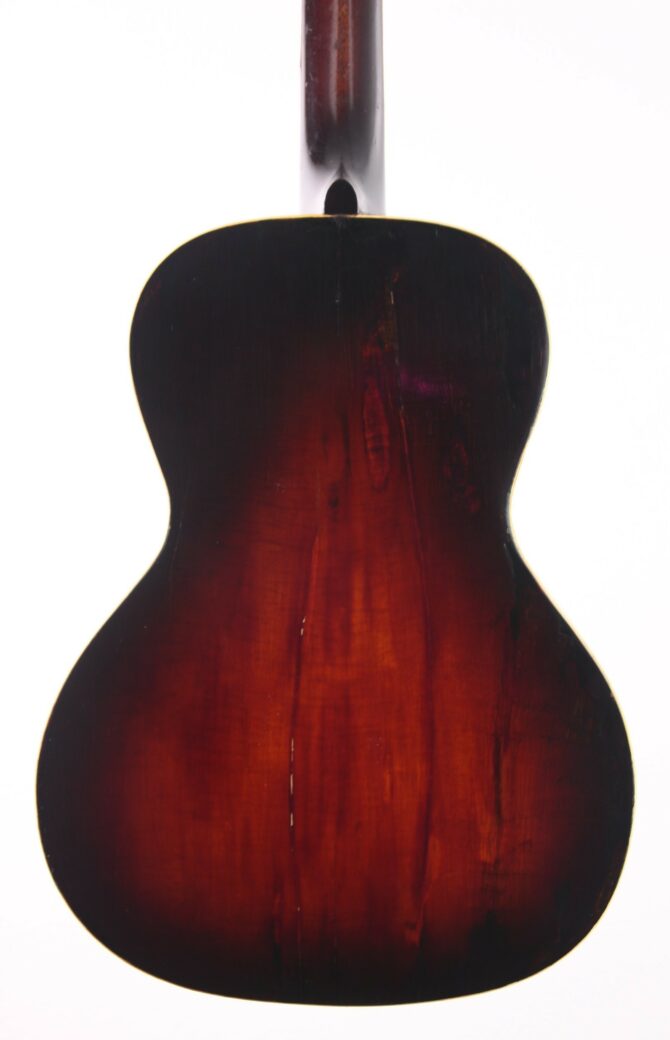 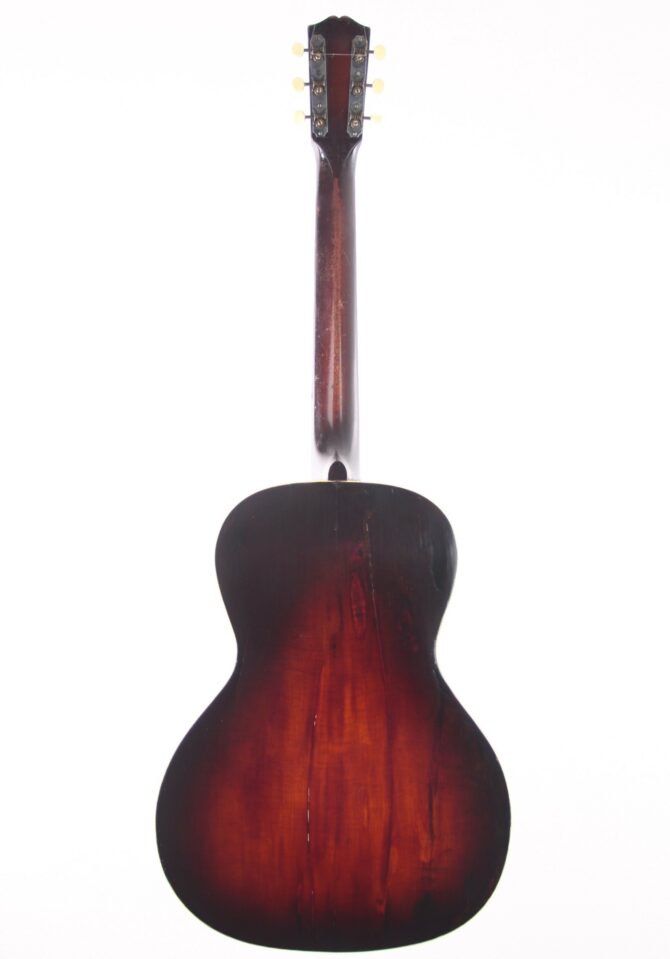 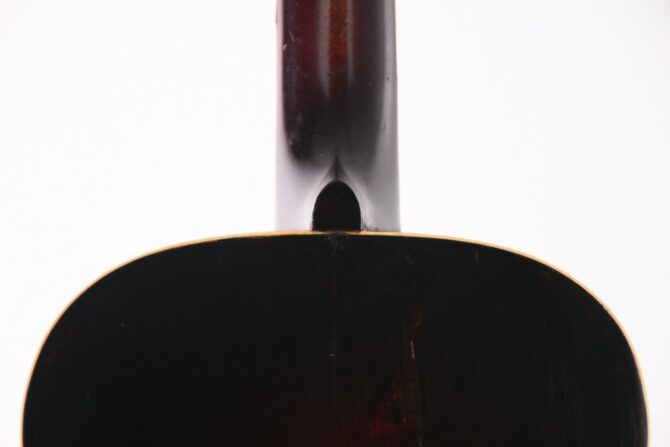 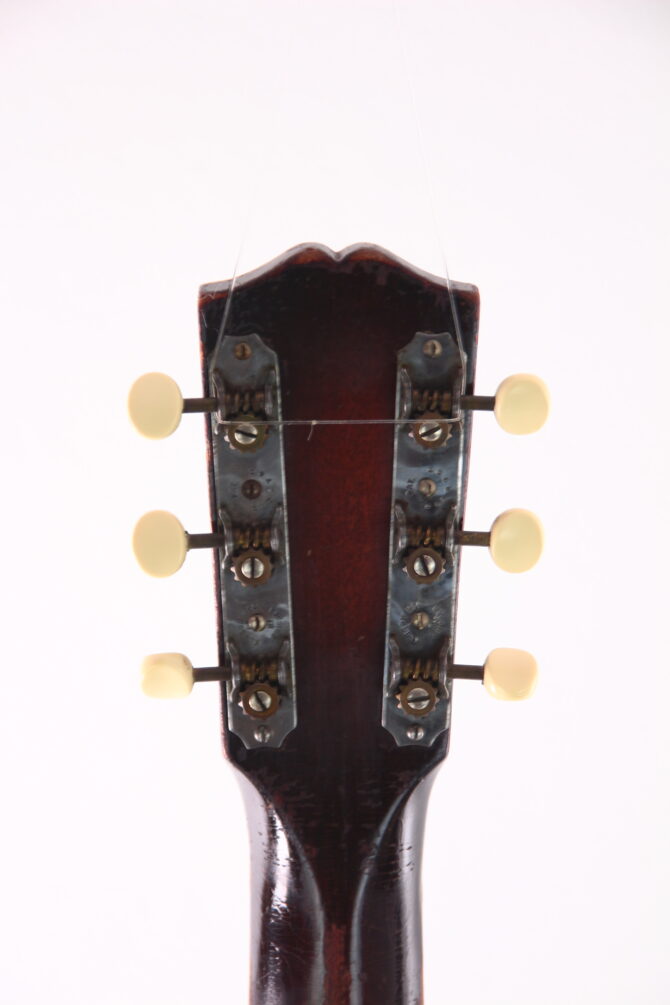 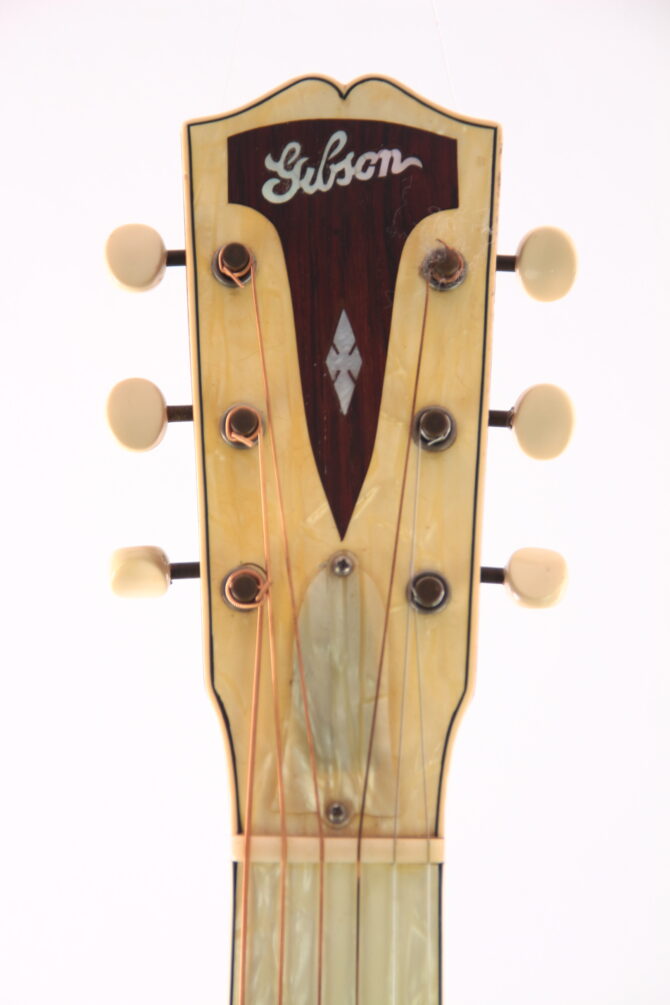 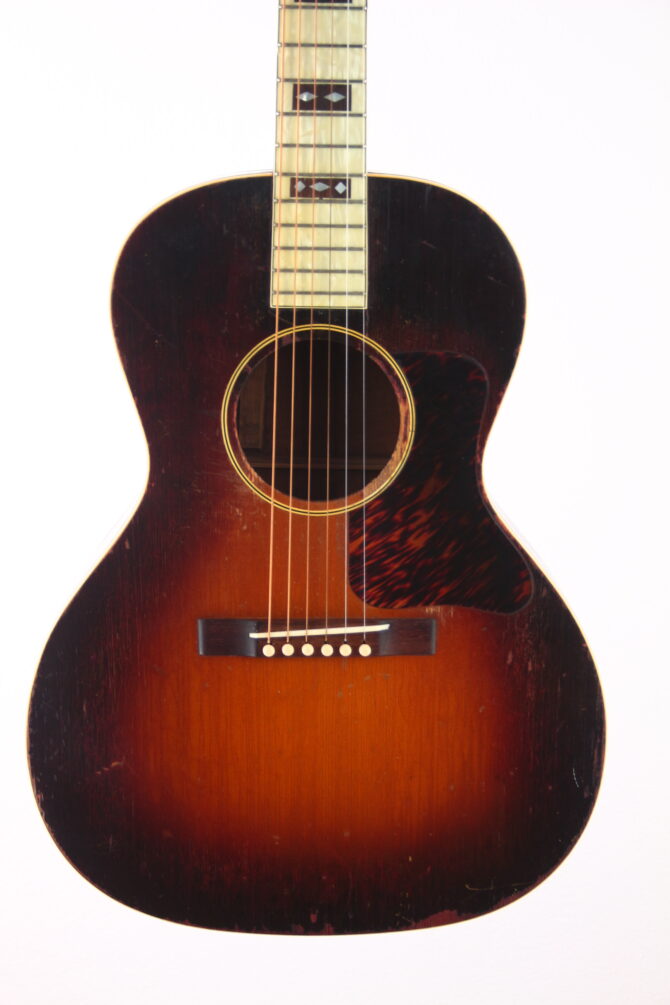 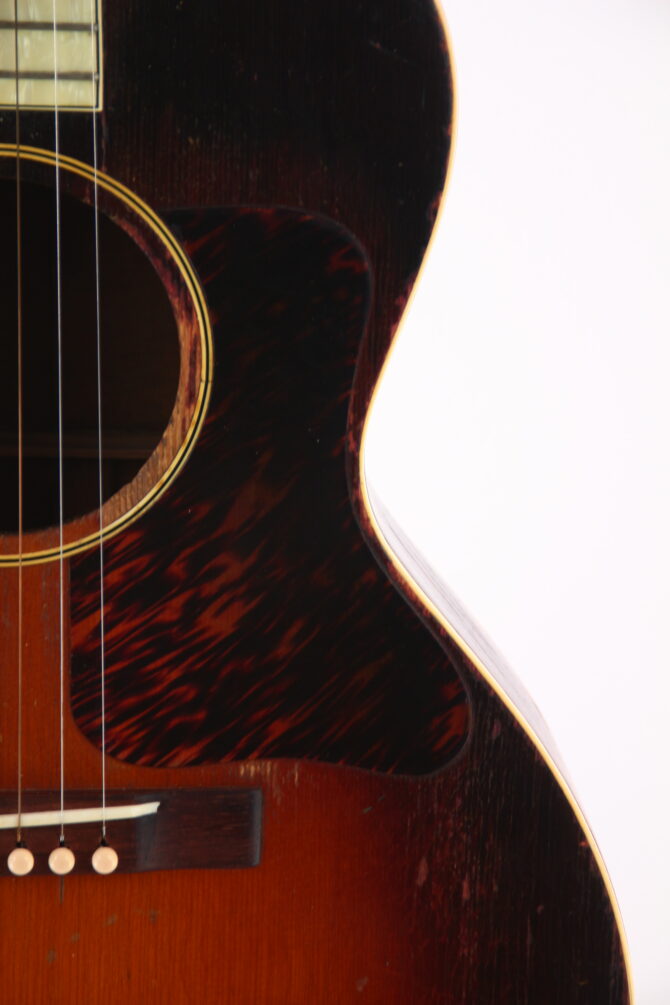 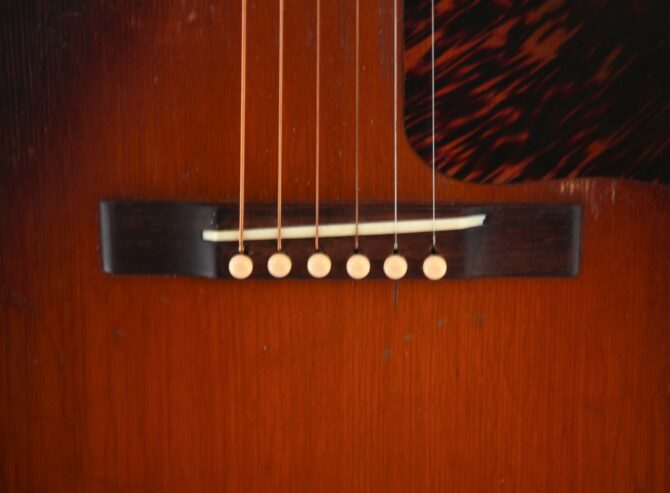 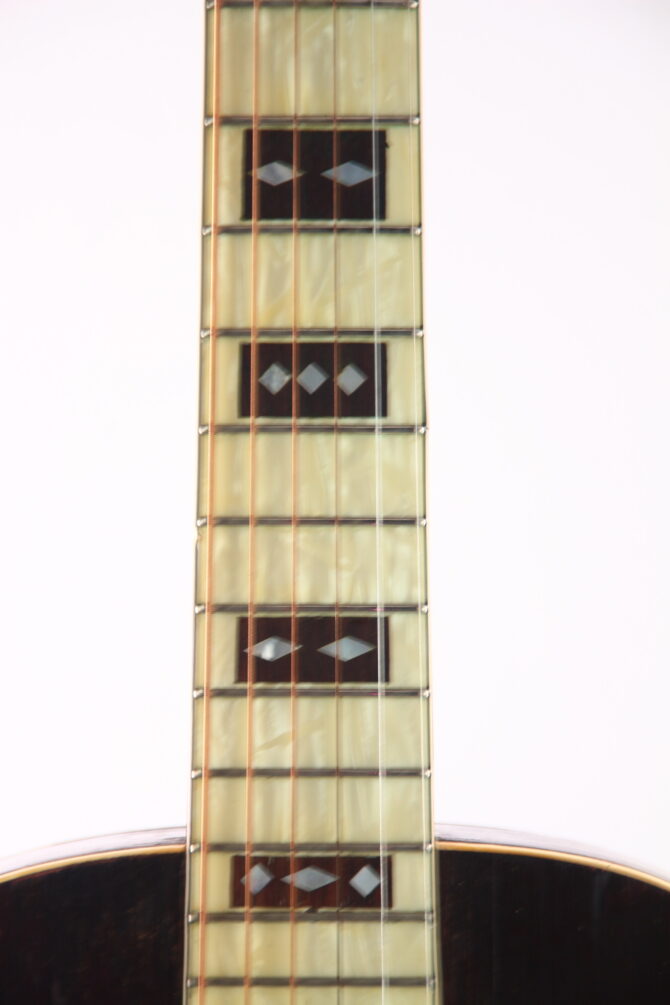 The L-C “Century of Progress” model is one of Gibson’s most distinctive acoustic guitar designs, and one of the most visually striking flattop guitars of any era.
Not just a “looker”, the Century is also a sonically distinctive guitar in its own right. The maple back and sides give it a crisp powerful sound perfectly suited to blues and ragtime fingerpicking and when played with a pick the guitar is both loud and cutting enough to play rhythm in a small dance combo.

This is a relatively late example of the Century, with a larger sunburst area on the top typical of 1937. The serial number has faded and is illegible.
The model was originally introduced for the “Century of Progress” exhibition in Chicago in 1933, and was only in production until around 1939. The L-C was a fairly expensive instrument at the time.
This beautiful example sounds and plays just as it should. It had a neck reset and some repairs have been professionally done.

It comes with a newer guitar case.