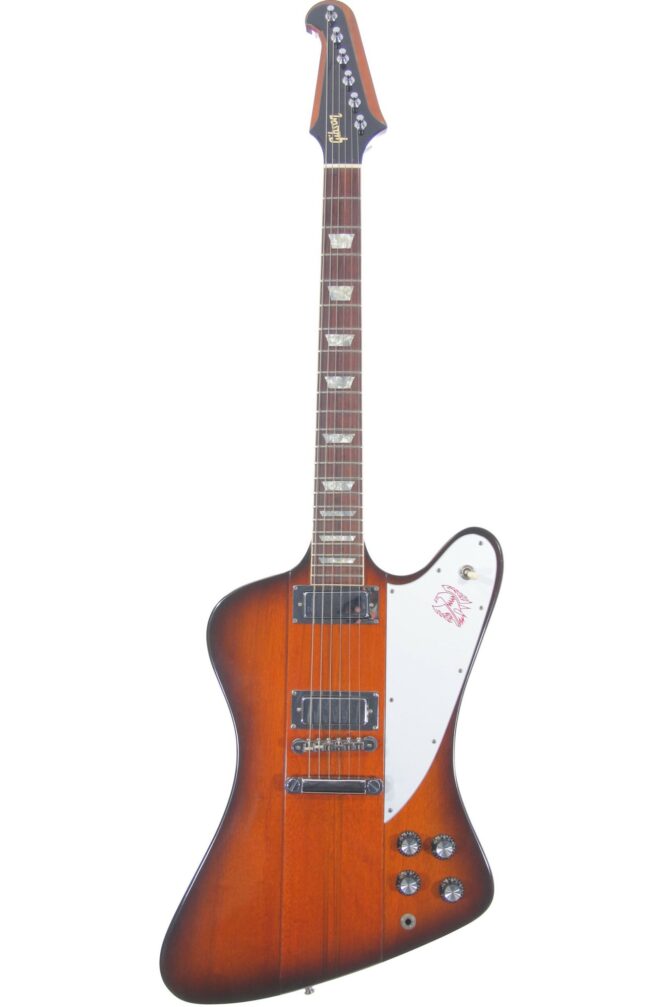 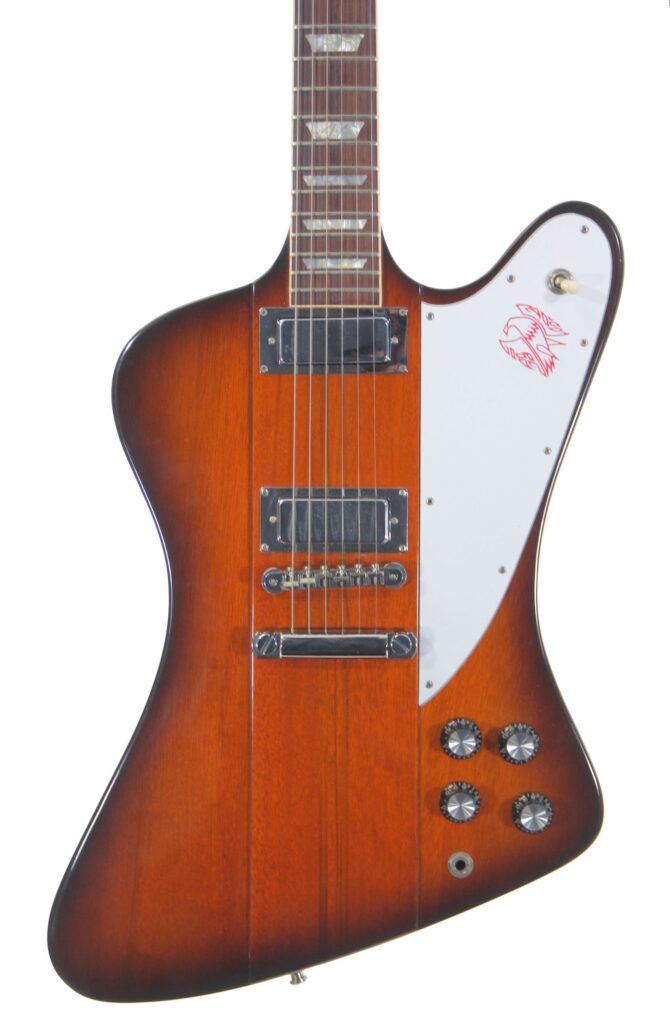 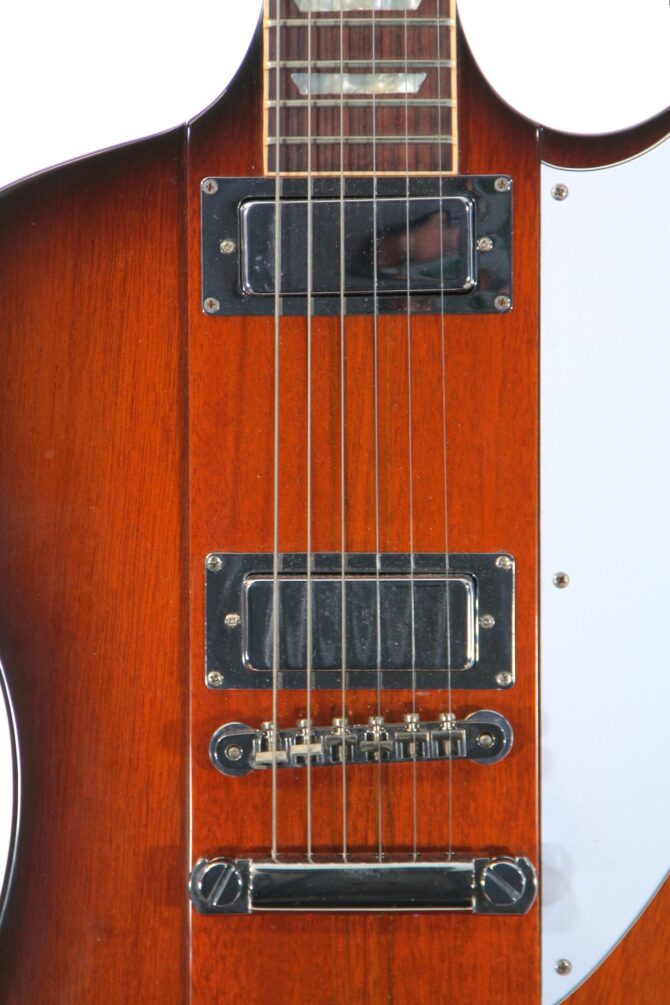 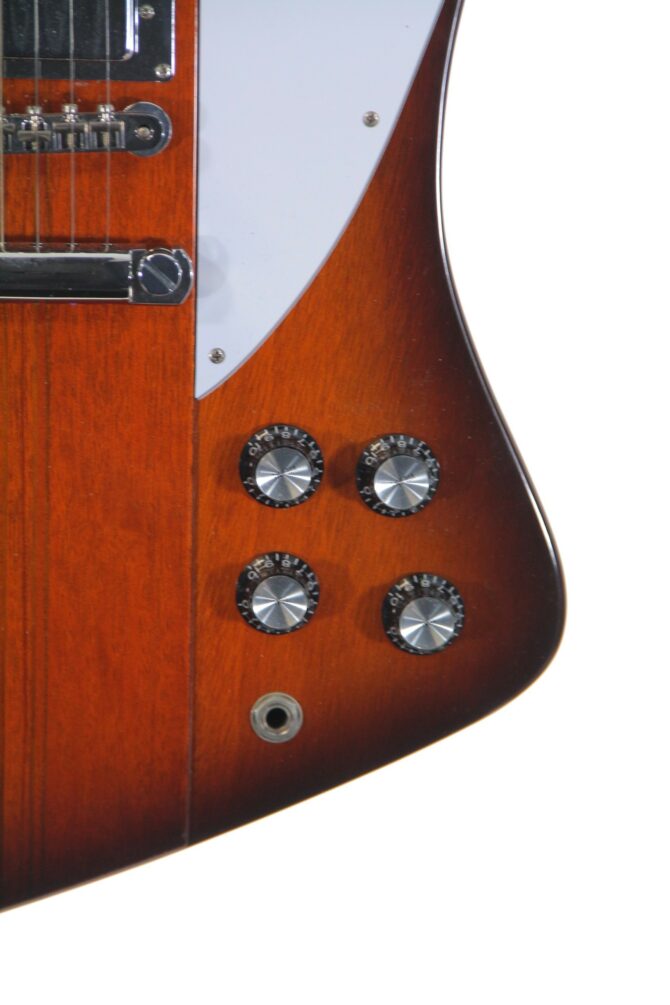 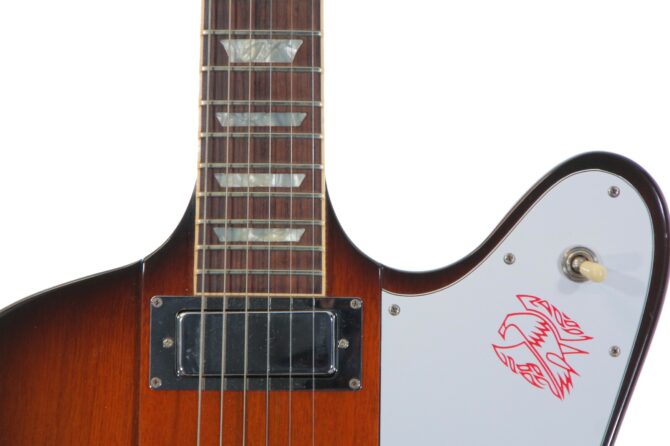 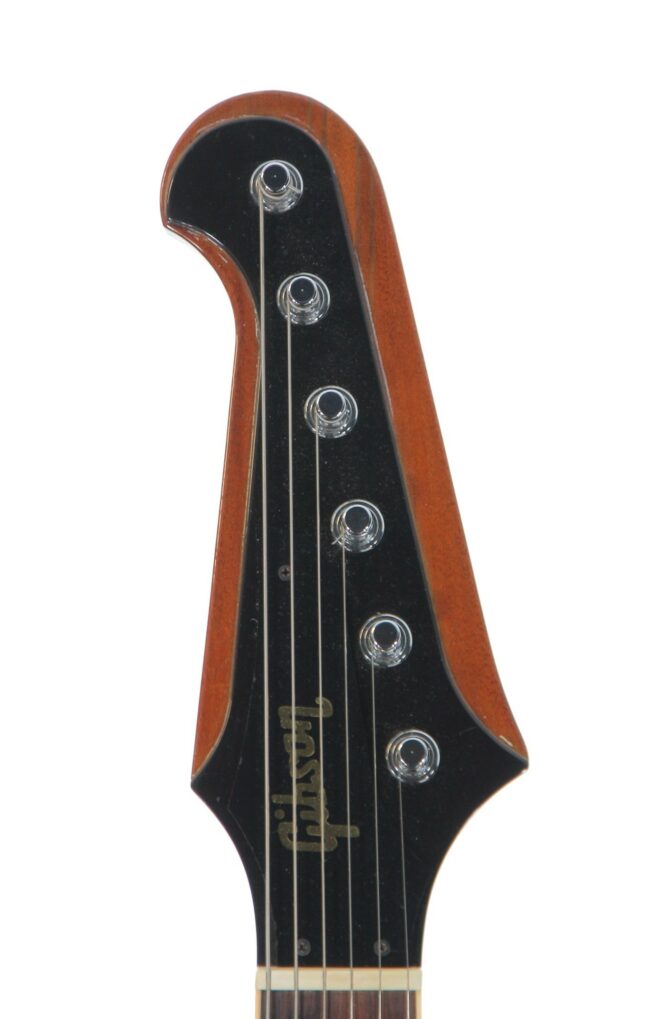 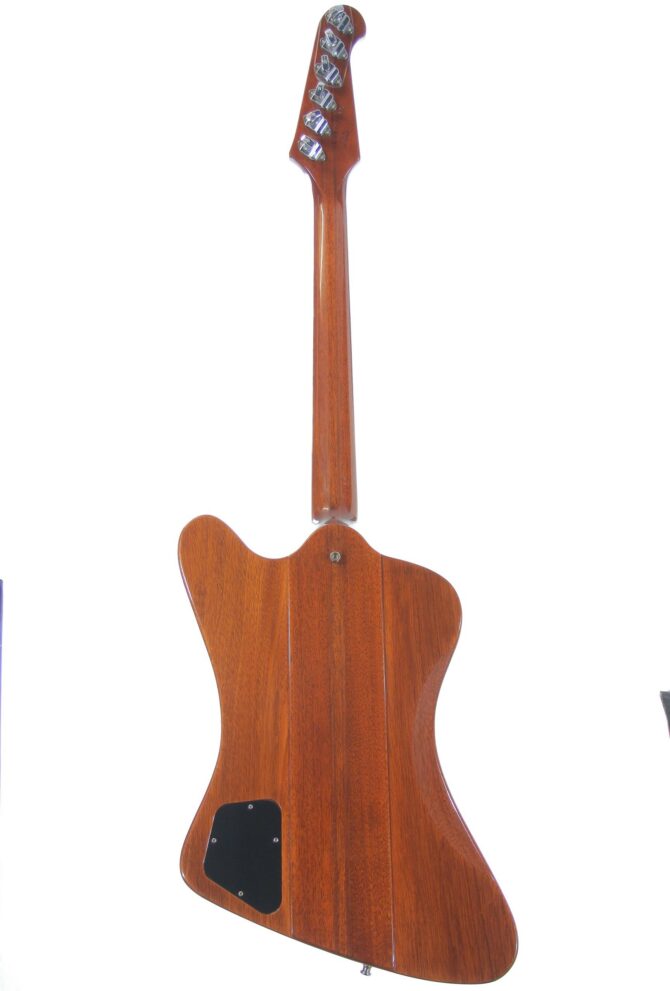 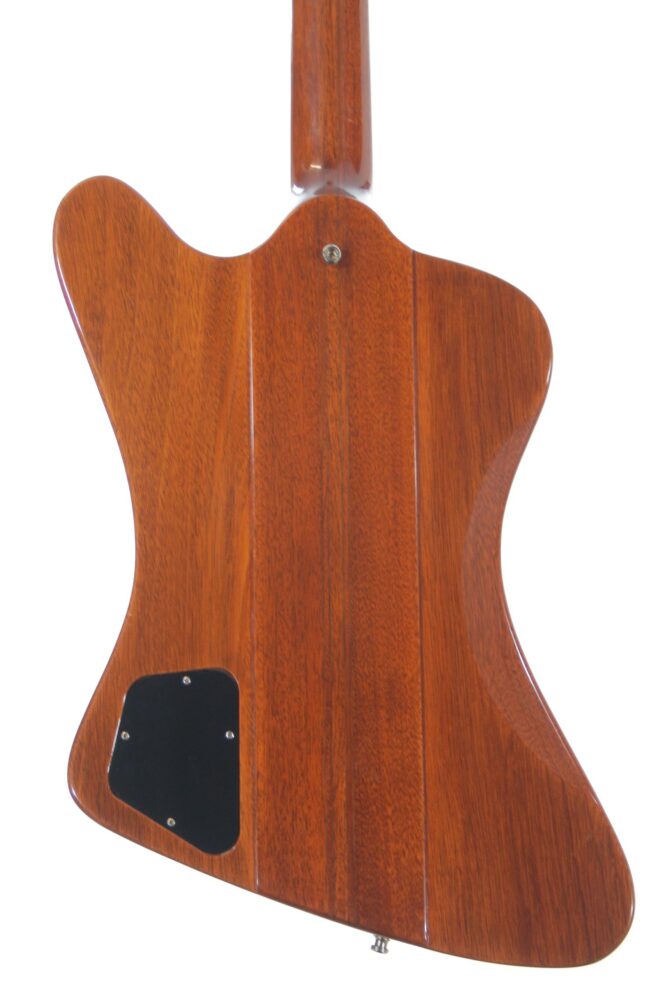 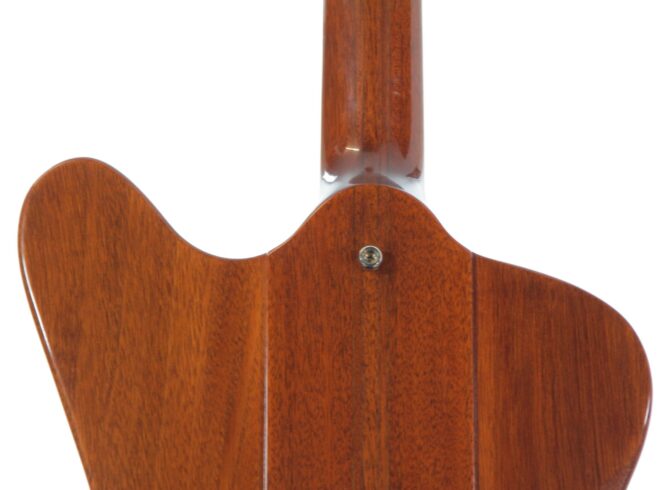 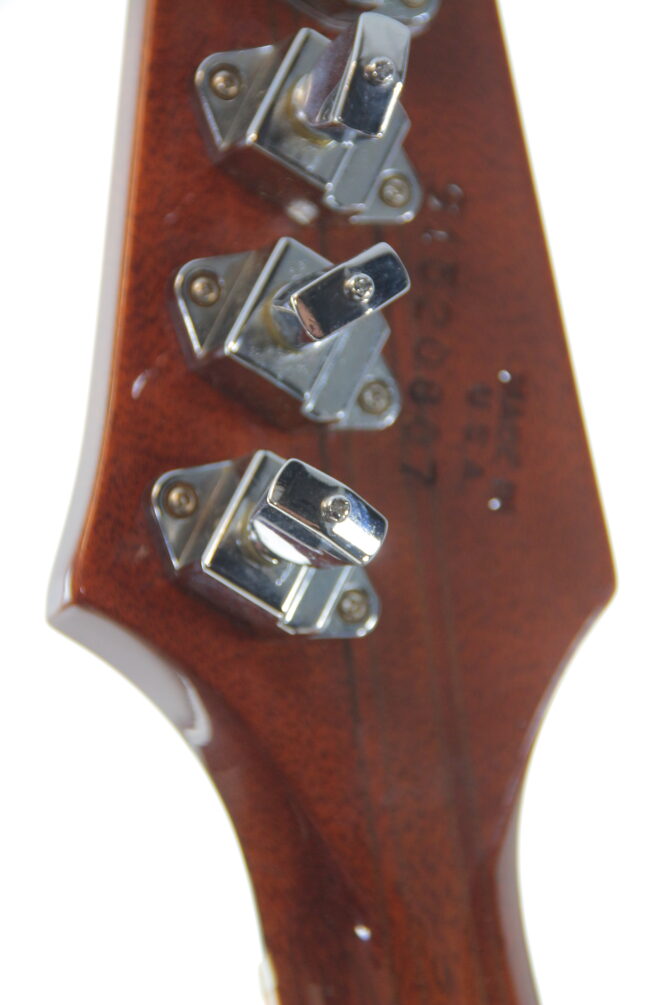 The Firebird differs so much from the usual Gibson program in appearance, construction, sound and handling that it could well have suffered the same fate as the Flying V or the Explorer. These designs were simply too radical or ahead of their time to be successful early on. The Firebird, however, remained unimpressed. Developed in the early 1960s by Ray Dietrich, a well-known automobile designer, the model was quite in demand and today it is impossible to imagine the Gibson programme without it.

With different hardware and pickup configurations as well as two basic body designs, the Firebird is still produced in numerous model variations today. In 1966, after three years of production, the body design changed. This design, now known as the Non-Reverse, was then produced for a further three years until 1969. When the Firebird was reintroduced in 1974, however, the first design, which is more widespread today, was reverted to with the reverse body.

This Firebird V in Tobacco Sunburst dates from 1990 and is equipped with two mini humbuckers that perfectly deliver the typical, somewhat warmer and mid-toned mahogany tone. The neck, in the reverse version with glued-on “body wings”, has a “C” neck profile, which is very pleasant to play. Due to the construction, reaching the upper registers is of course no problem.

The headstock of this Firebird is also reversed, whereby the wonderfully ‘vintage’ looking “banjo tuners” were used. These work perfectly and look simply cool.

The condition of this Firebird is excellent considering its age of 30 years. Slight signs of use are unavoidable on an instrument of this age, but these are limited to some very light marks from playing. The frets are also in very good condition.

Included is the original Gibson case, which is also in very good condition.