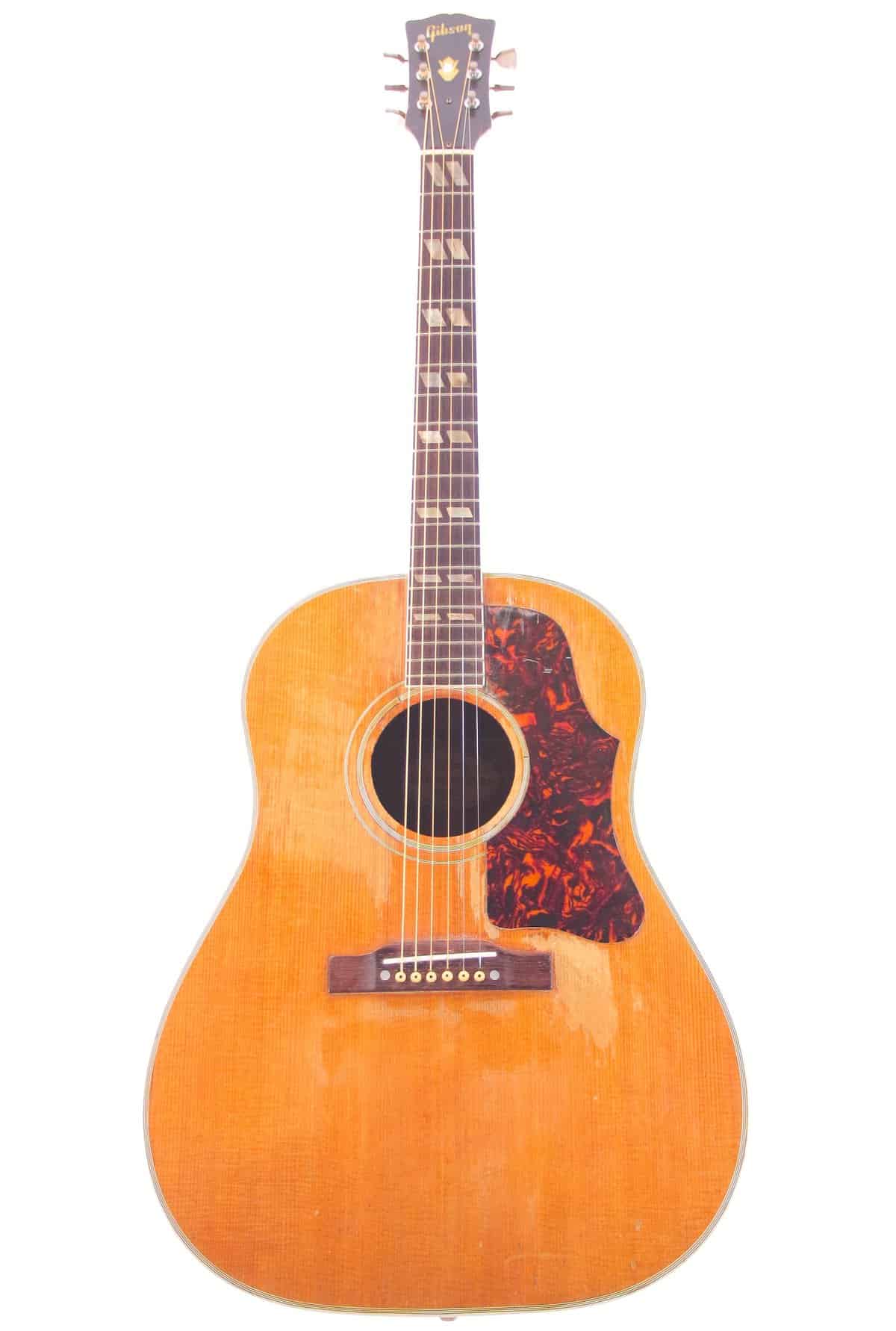 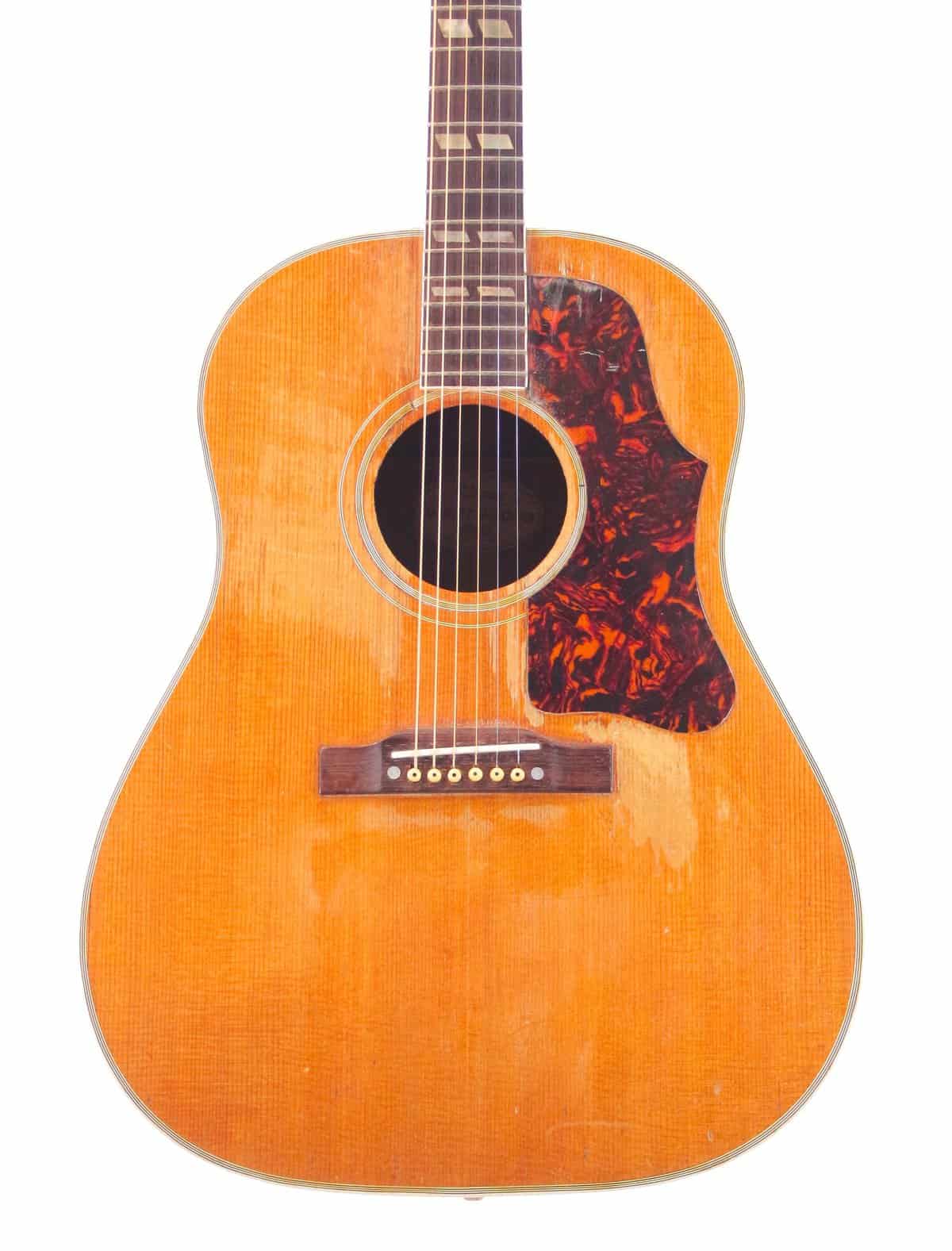 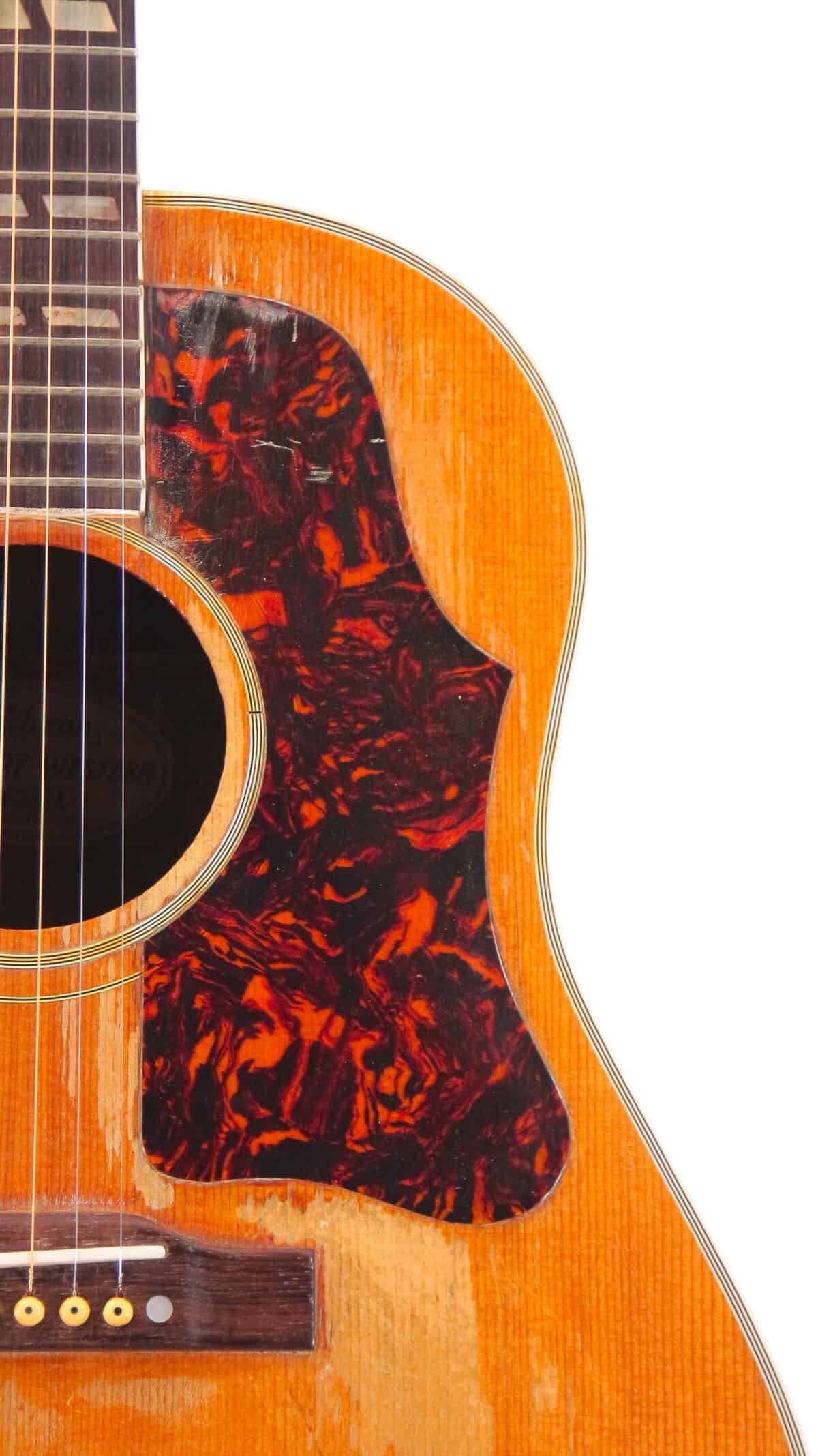 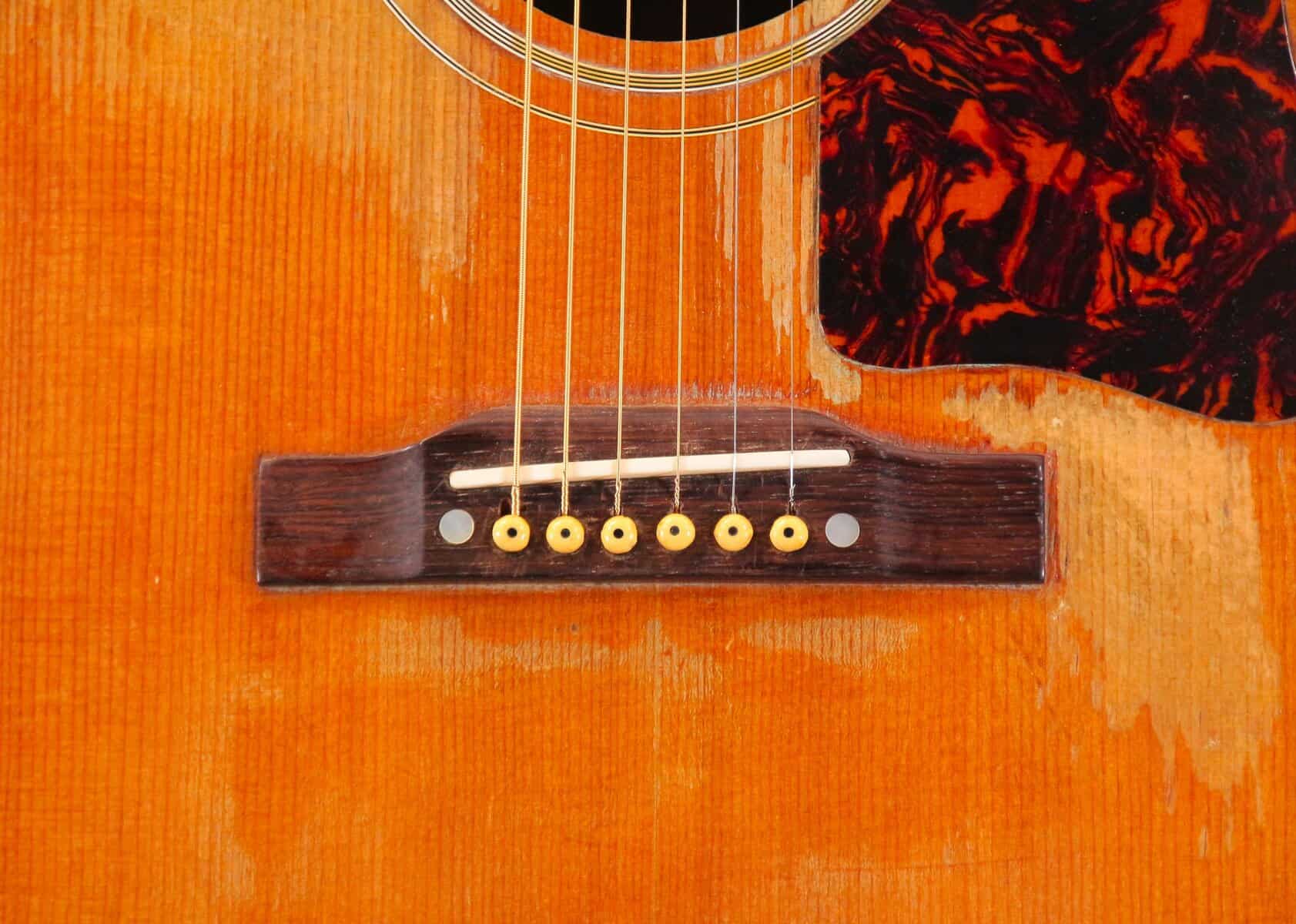 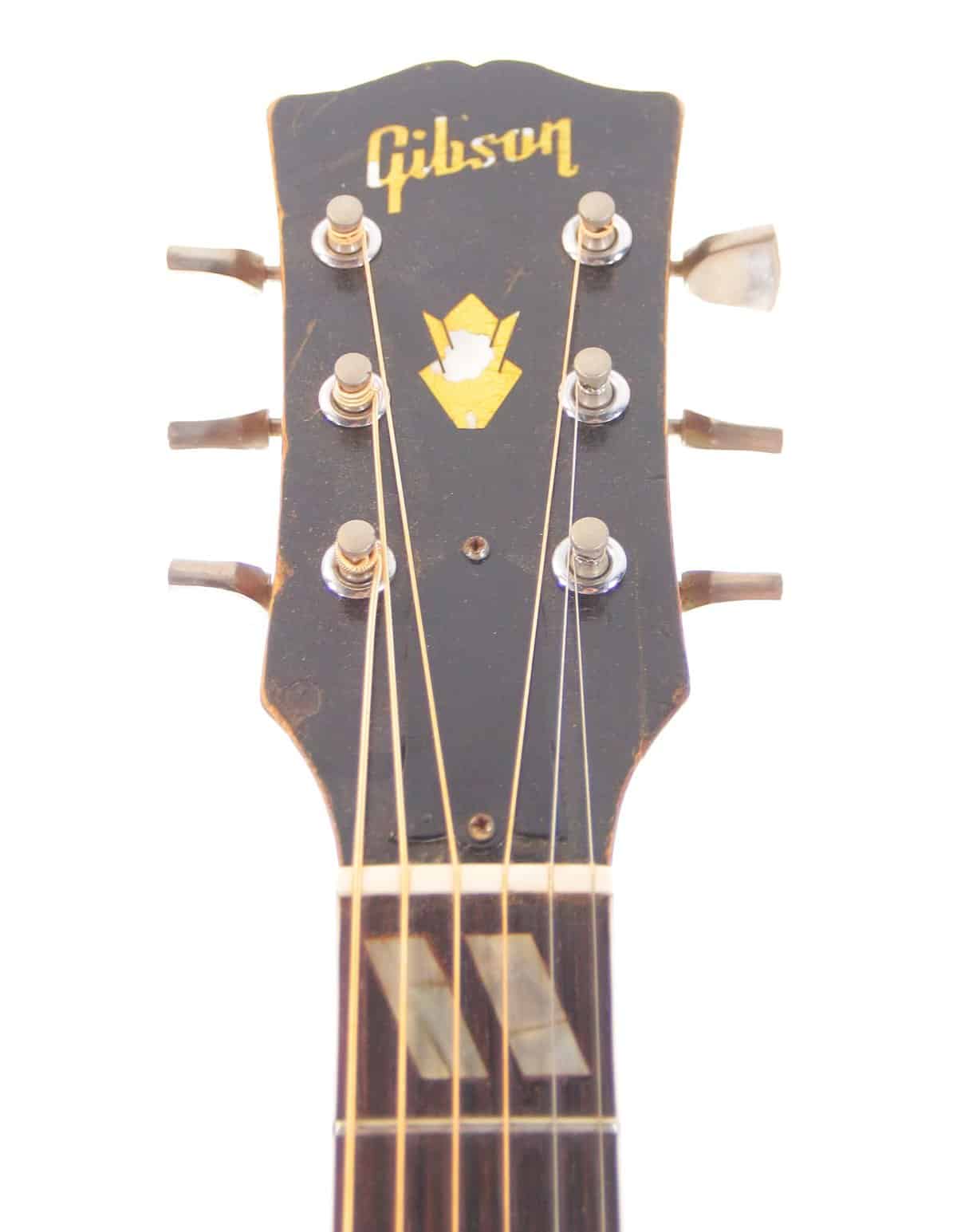 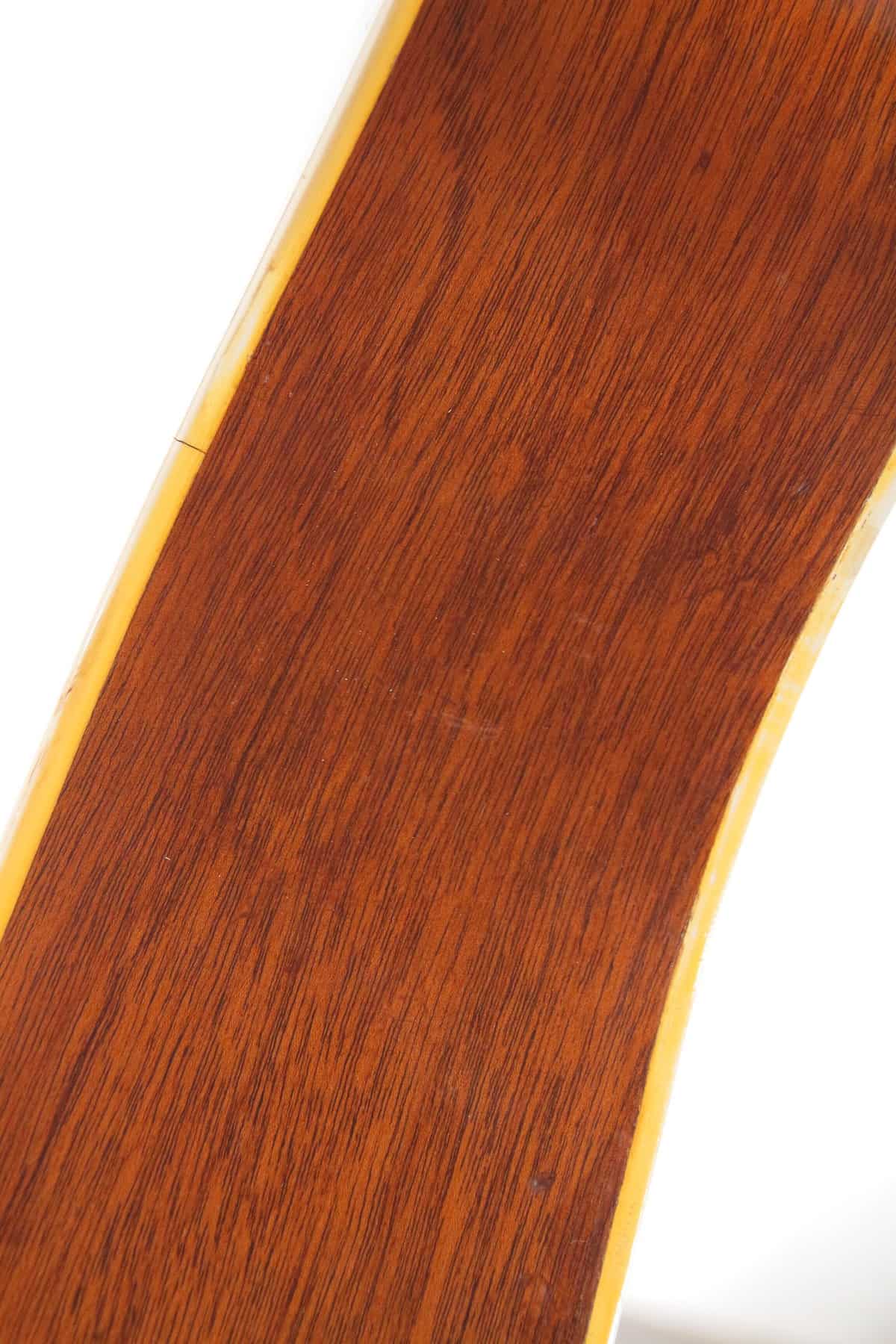 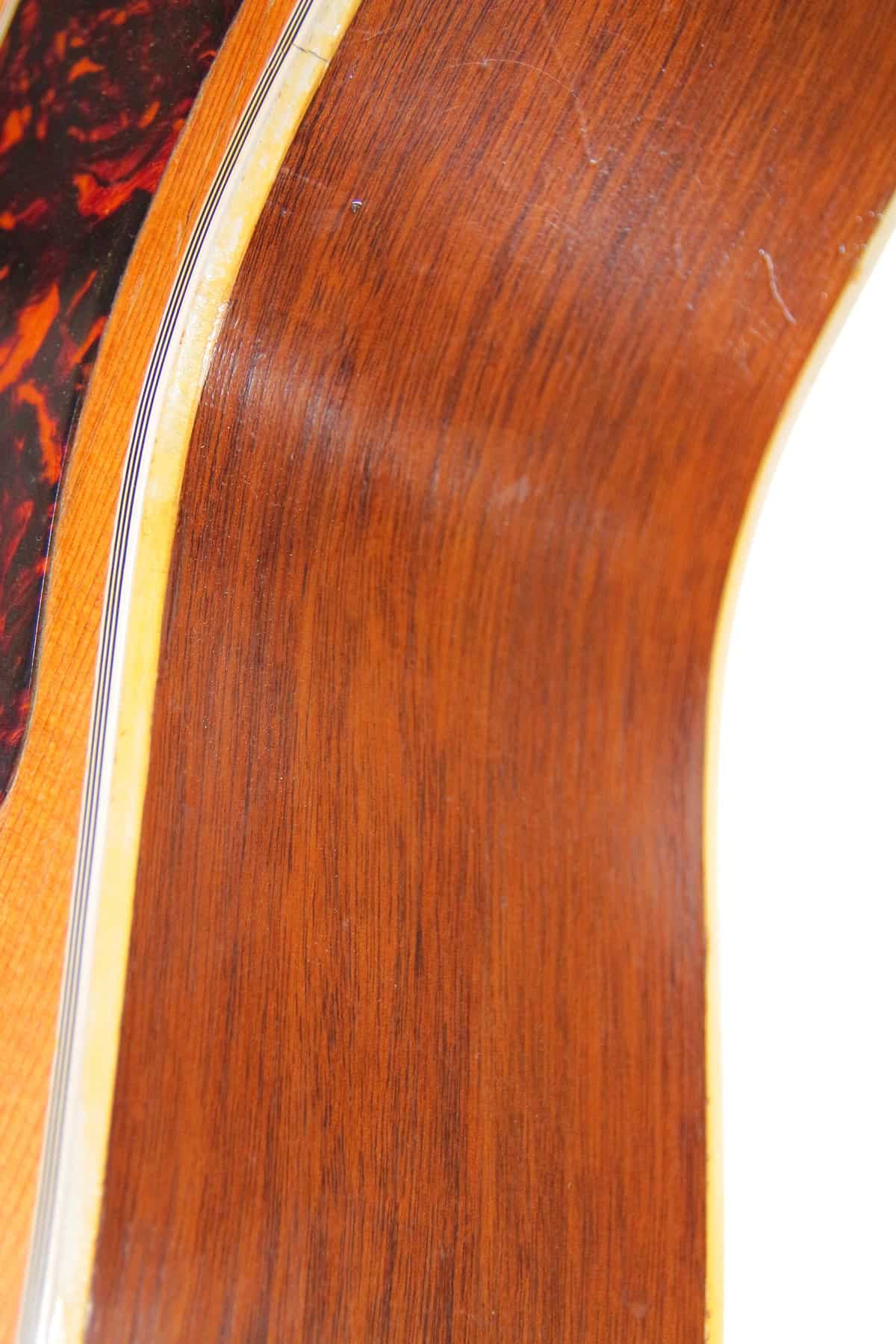 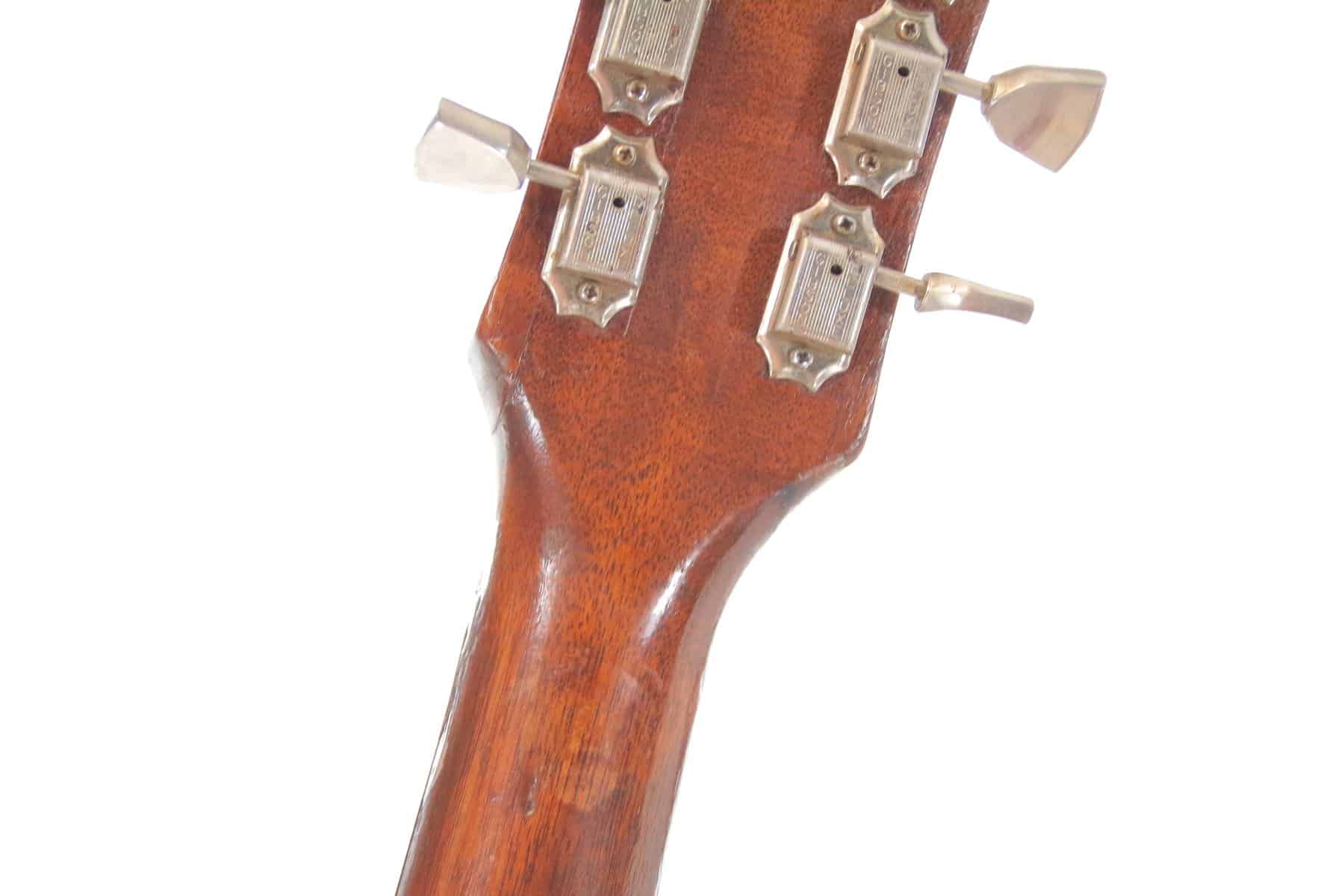 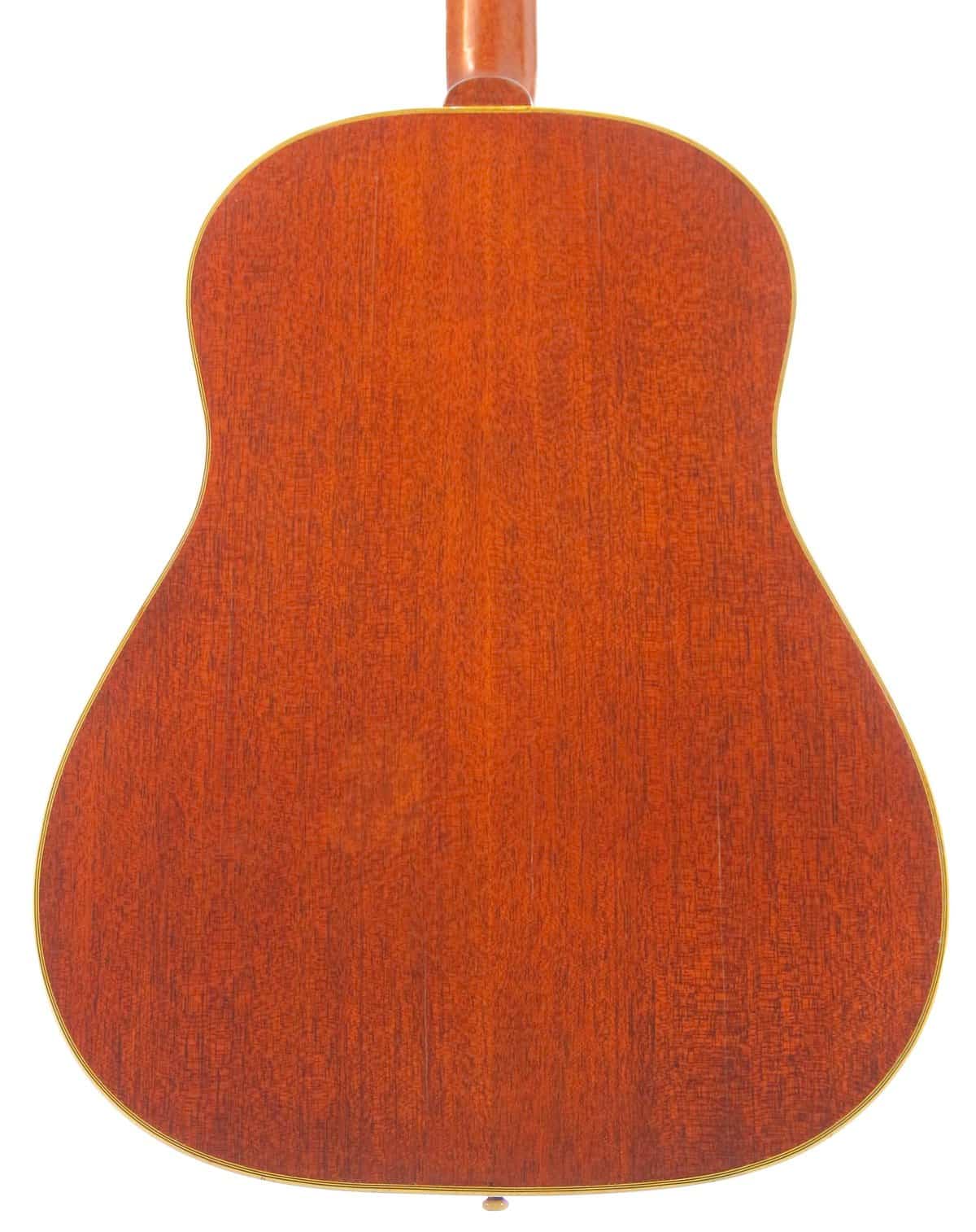 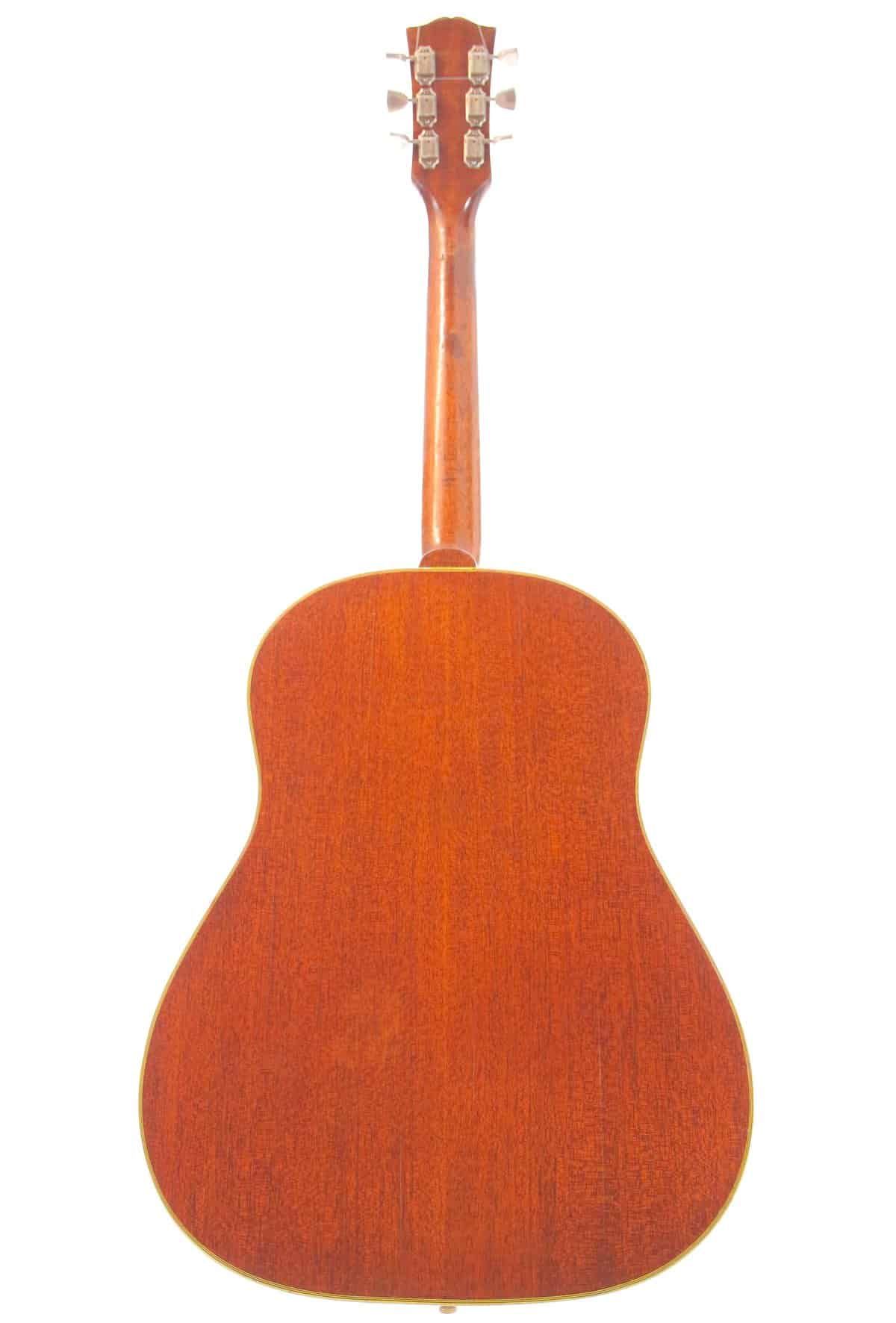 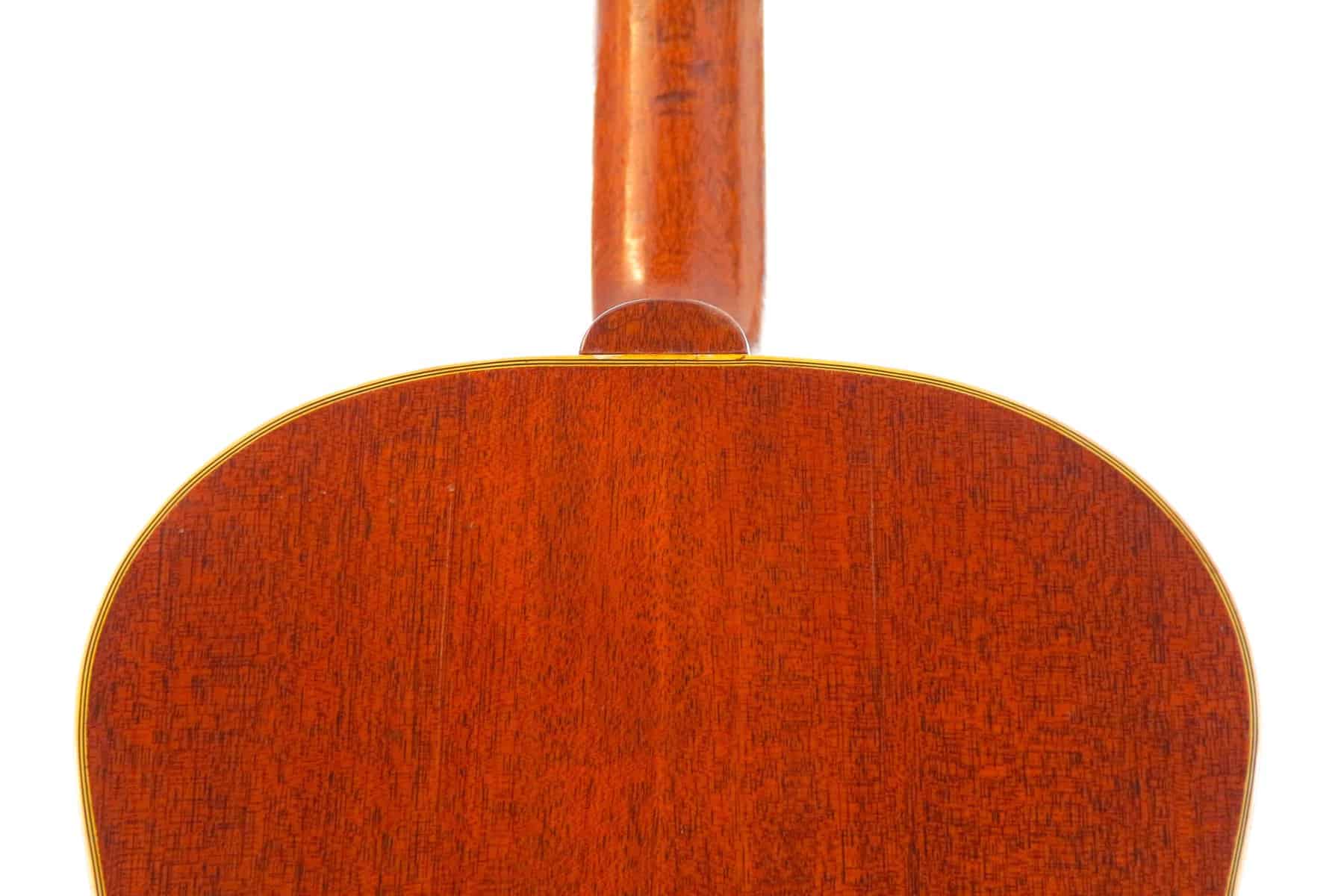 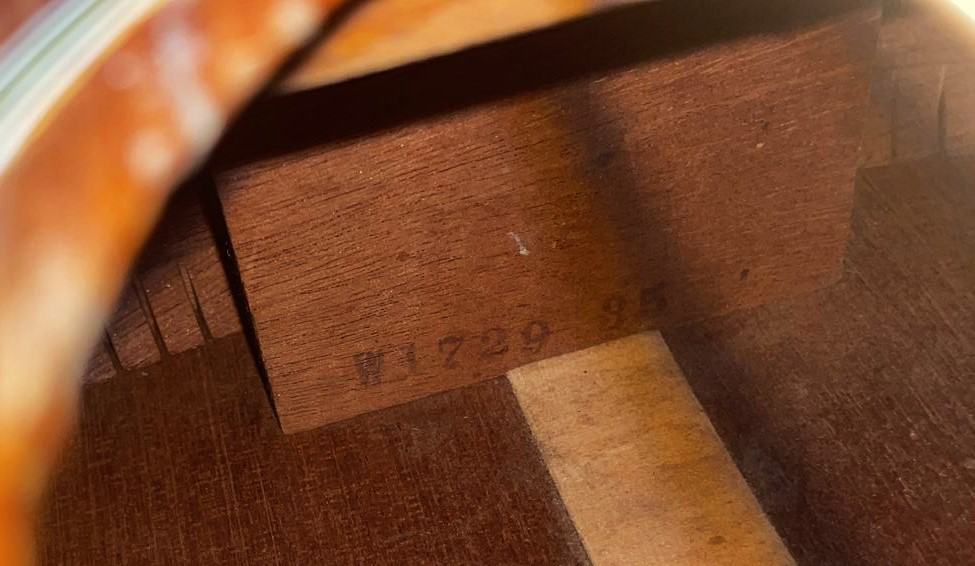 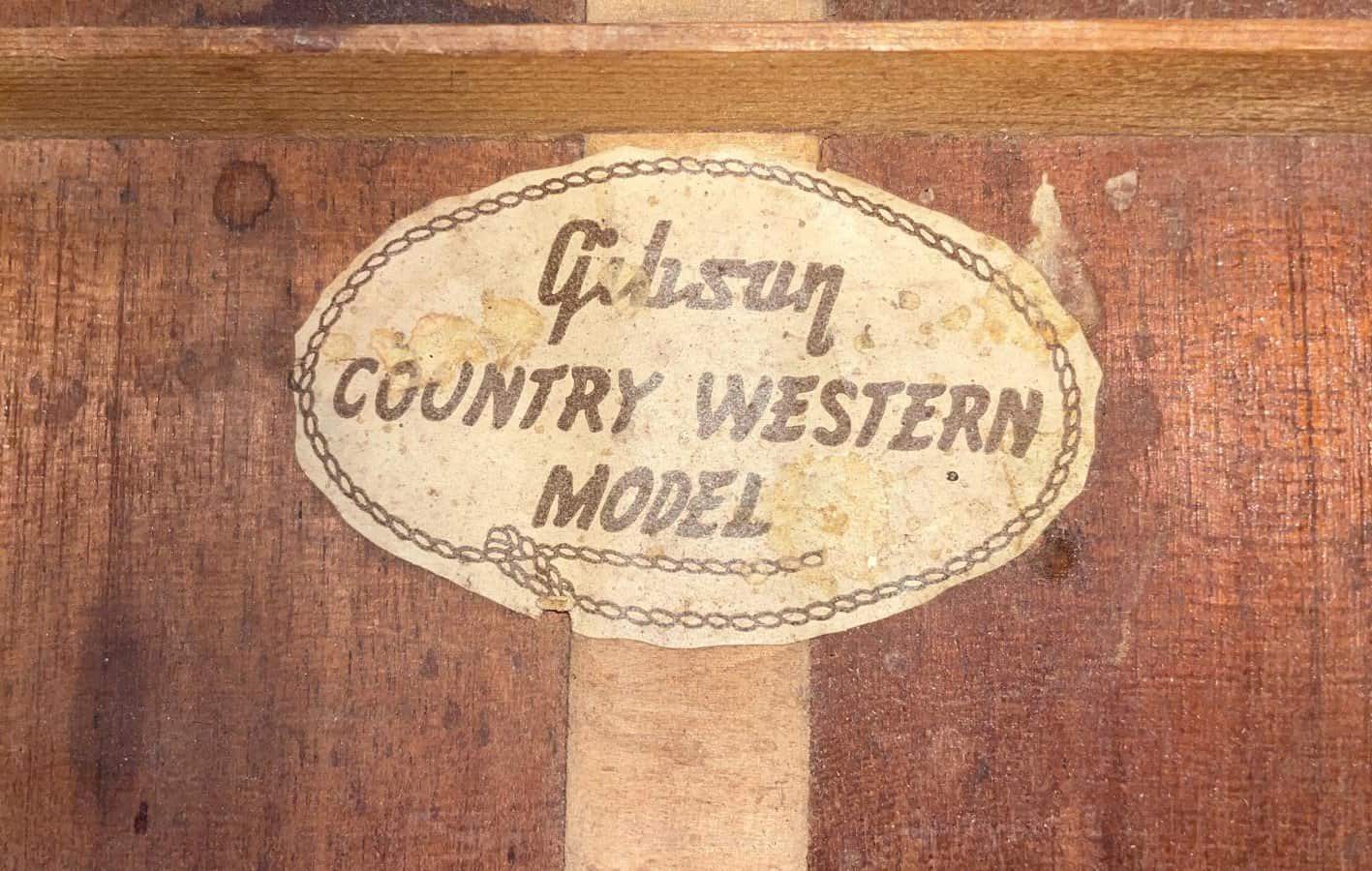 In the year 1955 this successful model series was built for the first time. At that time still in the popular Roundshoulder form, which was then changed in the 60’s. That’s why the Country Western models from the 50’s are so popular and sought after.

This Gibson Country Western 1955 is a real gem with character in appearance and especially in sound. Here you get the ultimate vintage sound.
We personally like the sound of this Gibson because it has a very strong vintage touch. It plays perfectly and is perfectly set up. Flat action, straight neck and well preserved frets.

As you can see on the pictures there are a few repaired cracks and the tuners have been exchanged with original vintage Gibson Deluxe (Kluson). The guitar has a very light overspray too.

The guitar comes with a newer case!