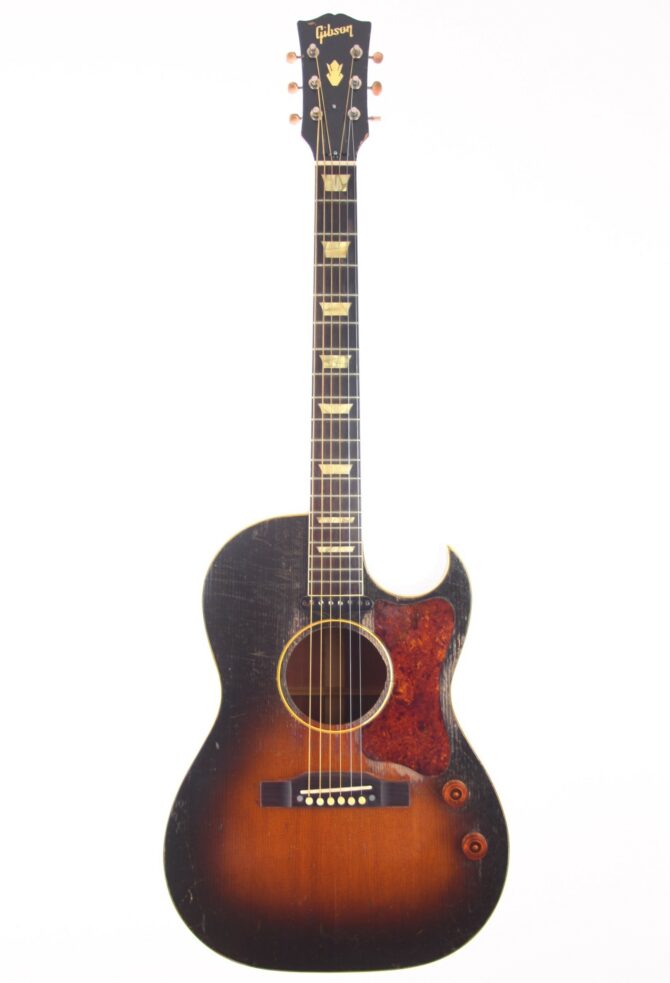 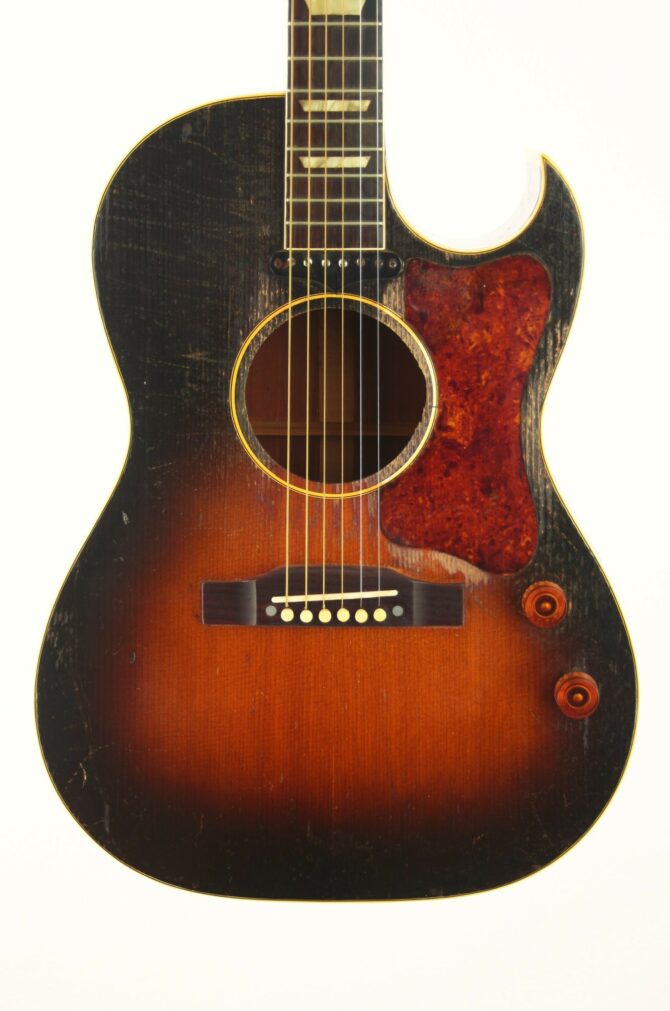 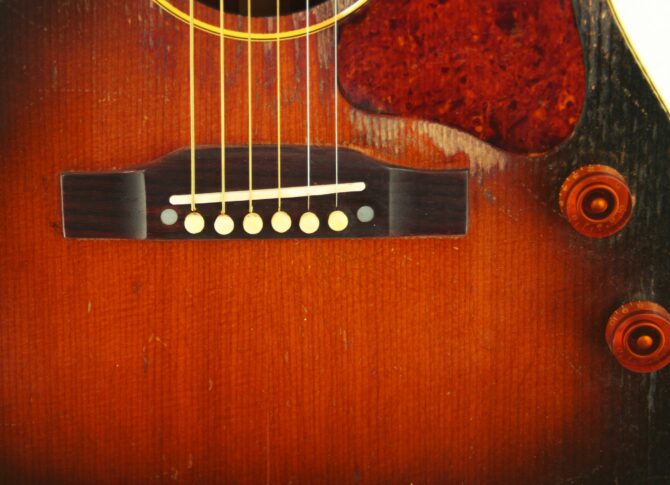 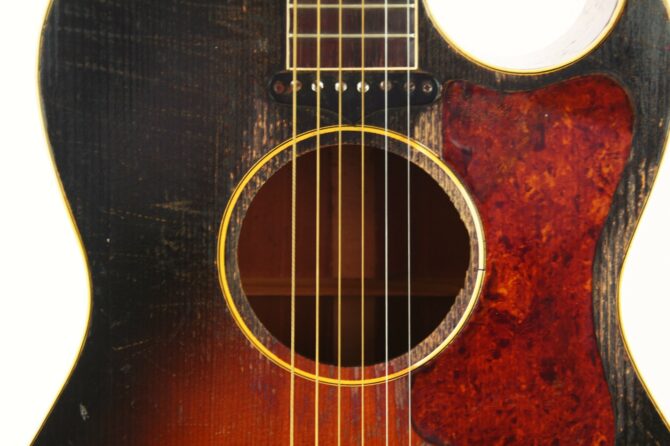 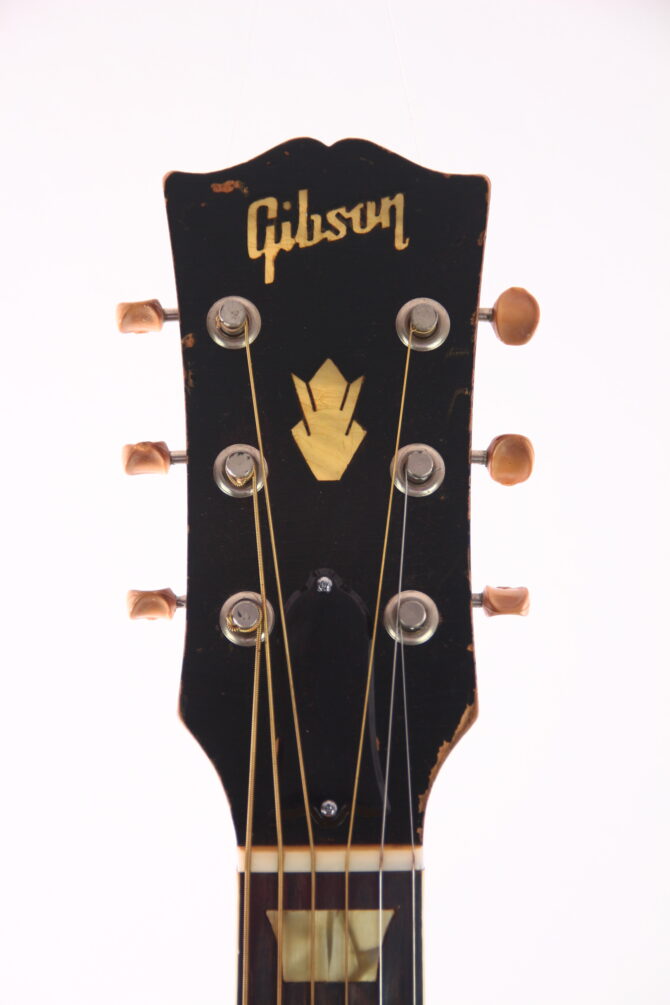 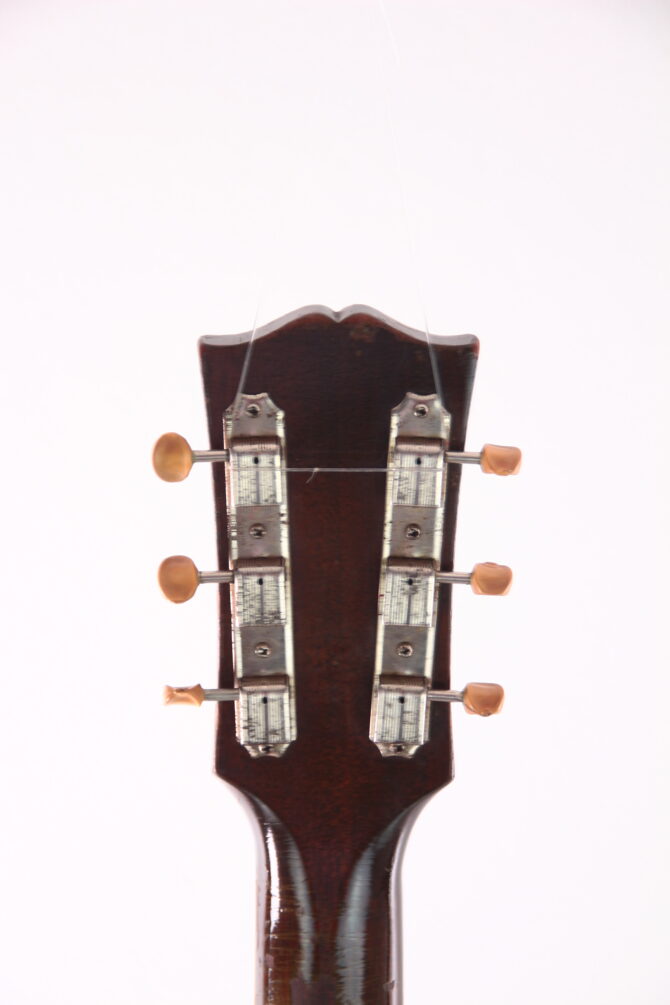 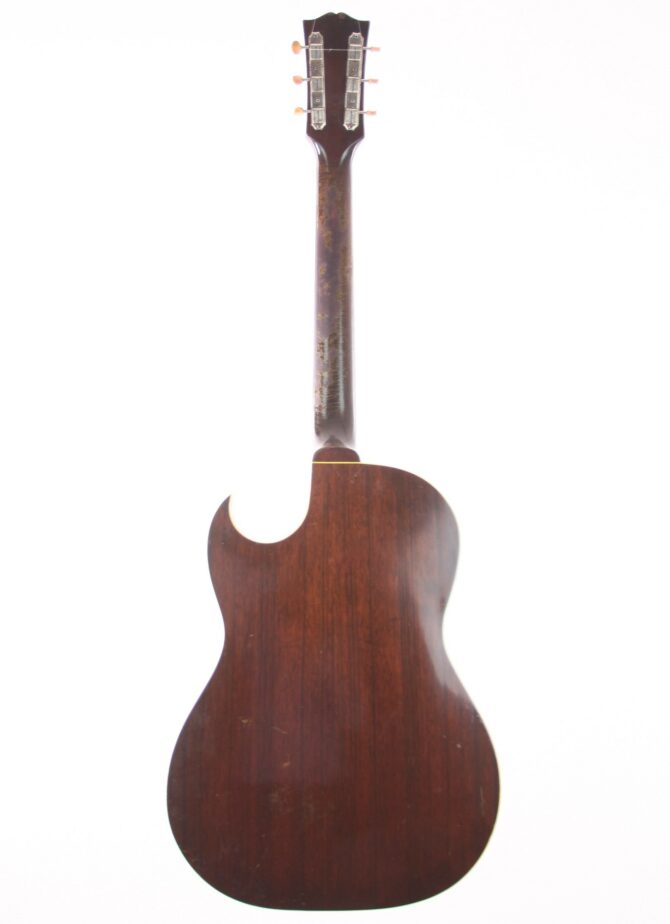 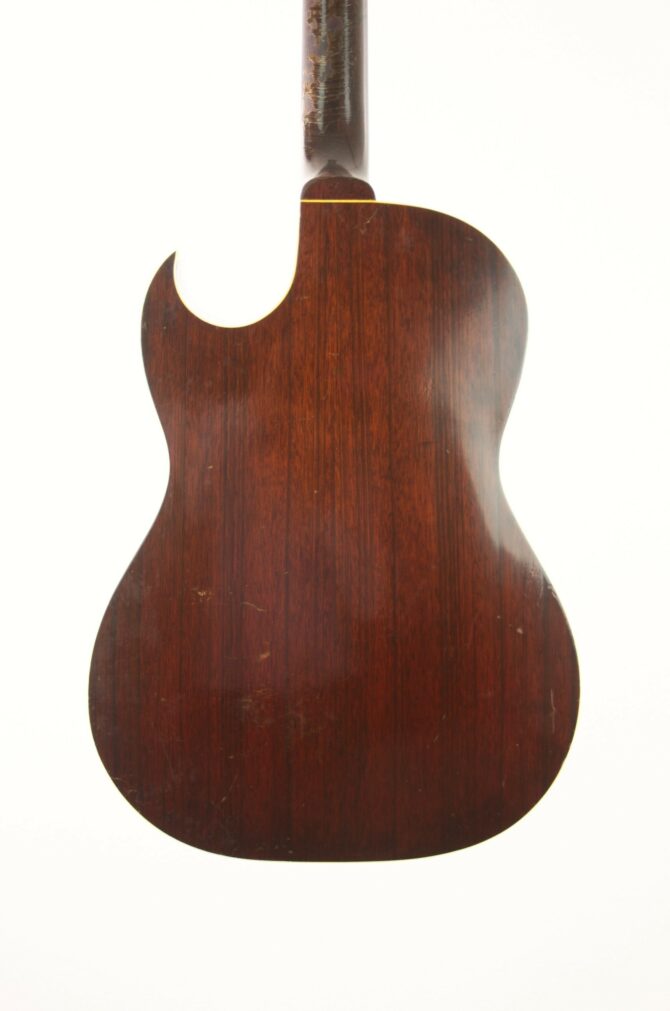 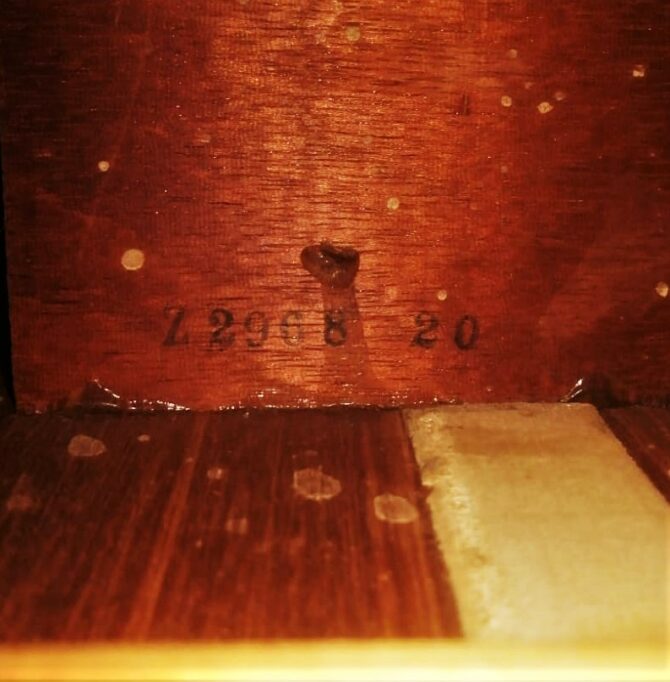 Released in 1951 the CF-100E was the sister guitar to the fully acoustic CF-100 which had made its debut only a year earlier. A fully solid instrument it comprises a Sitka spruce top with bound mahogany back & sides and bound rosewood fingerboard. Revolutionary in design it was the first Gibson flat top acoustic model to feature a cutaway, (in this case Florentine) and built-in pickup. Apart from being crafted from all solid woods, the scalloped X-bracing also helps to differentiate it from Gibson’s later laminate-construction electro-acoustic model; the iconic J-160E, which is ladder-braced.

This is a great playing flat top with very cool, played in and distinctive looks. Acoustically the guitar has a full sound with plenty of projection whilst plugged in the pickup provides some fantastic warm, jazzy tones. The electronics have seen some attention over the years with the pots having been replaced. The neck has the perfect feel for anyone used to early Les Pauls as it’s essentially the same profile as an early Goldtop.

These are hard guitars to come by – the CF-100E has only being produced between 1951 and 1959 with only 1257 shipped for the entire production run.

This is a rare old vintage Gibson acoustic electric guitar in very good condition for the age.