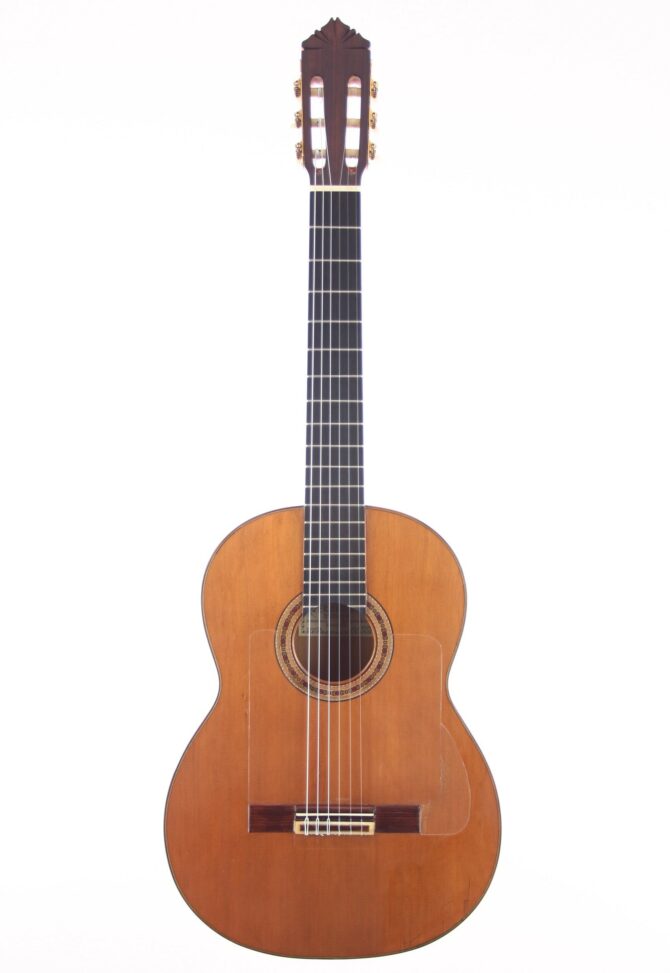 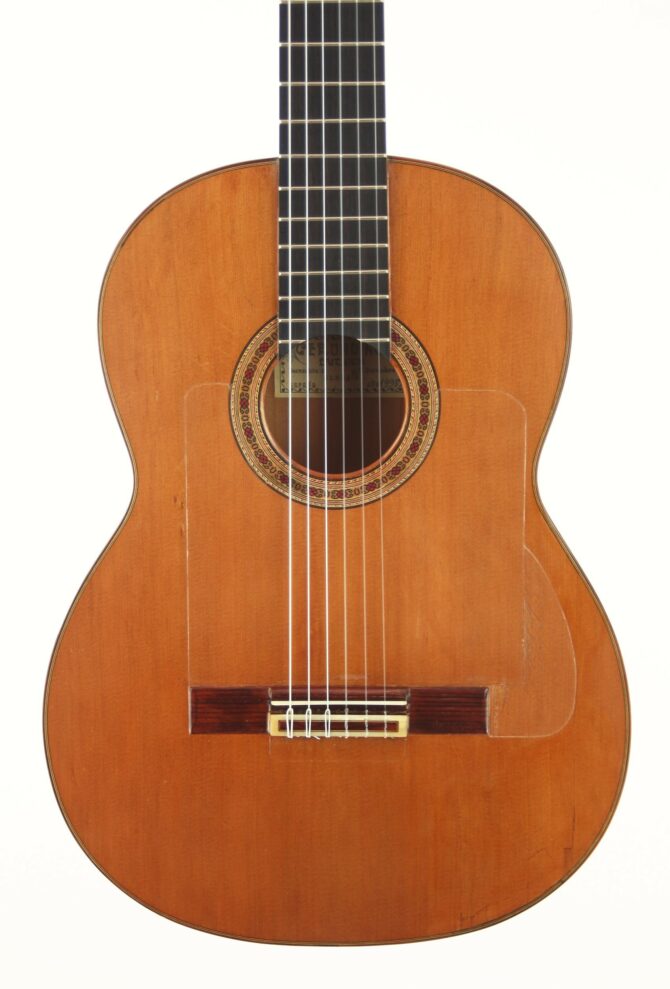 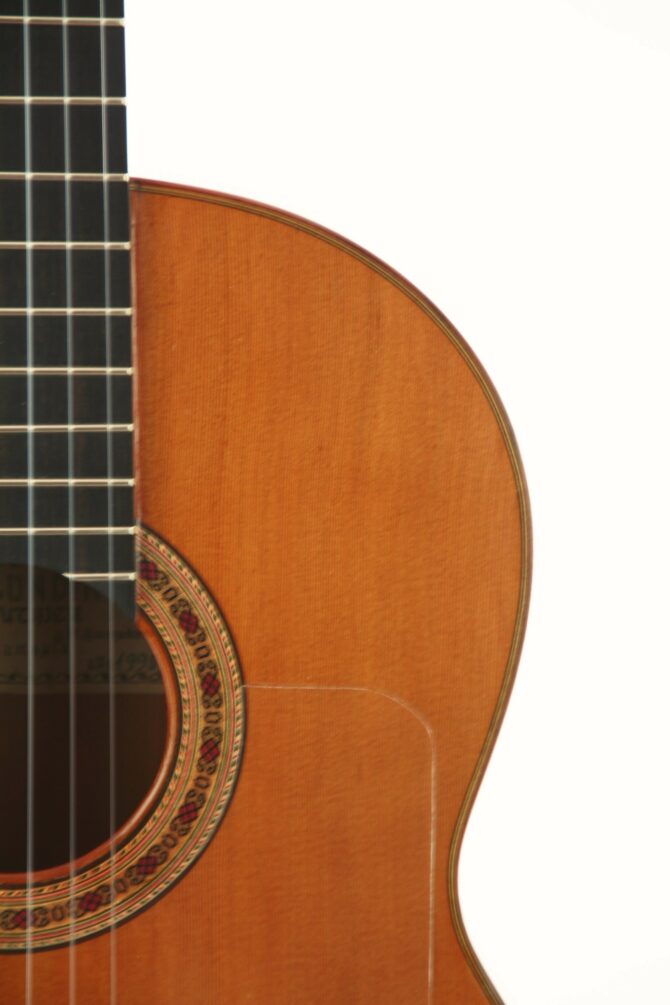 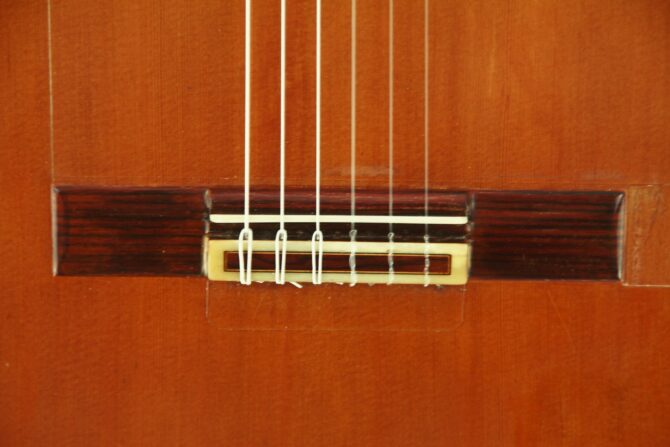 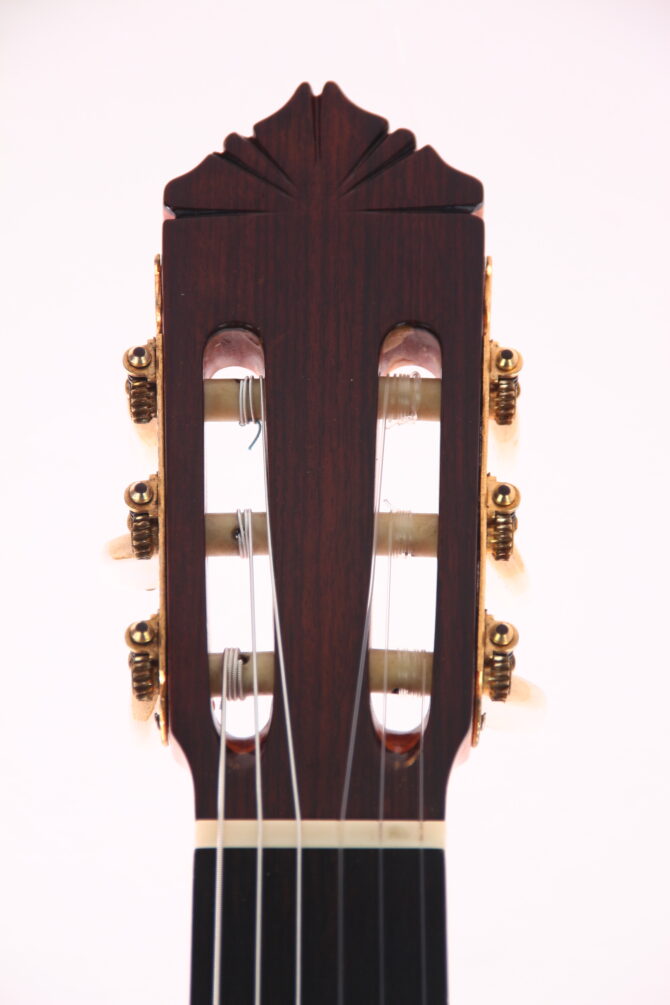 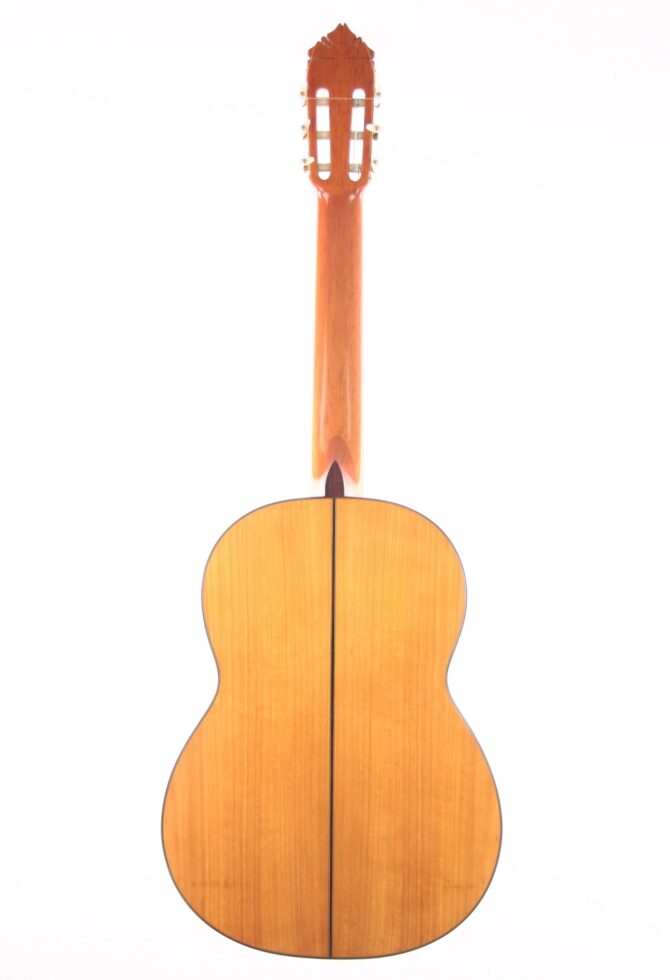 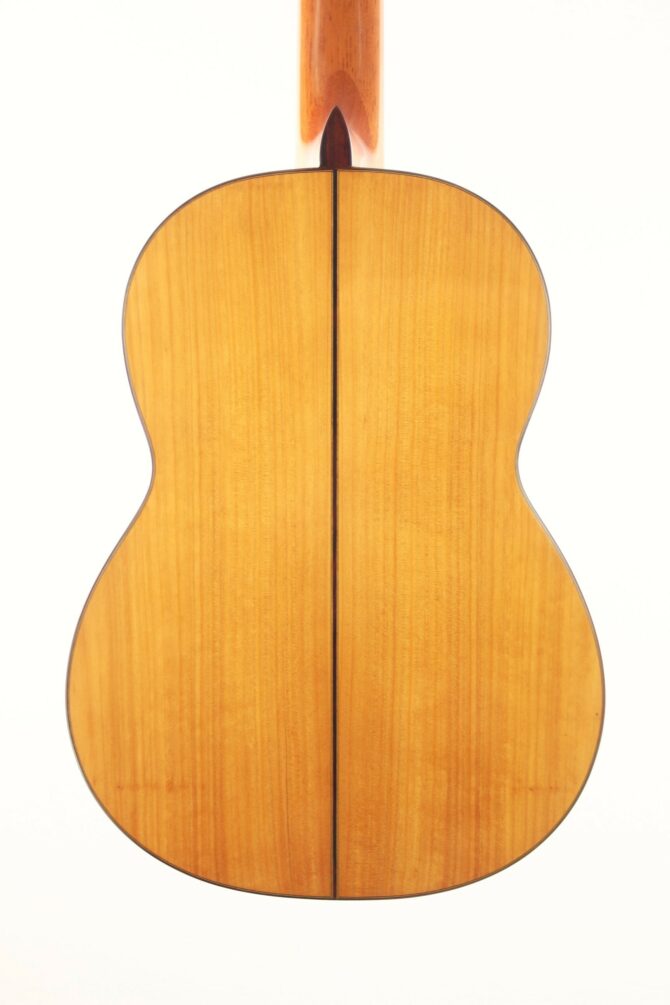 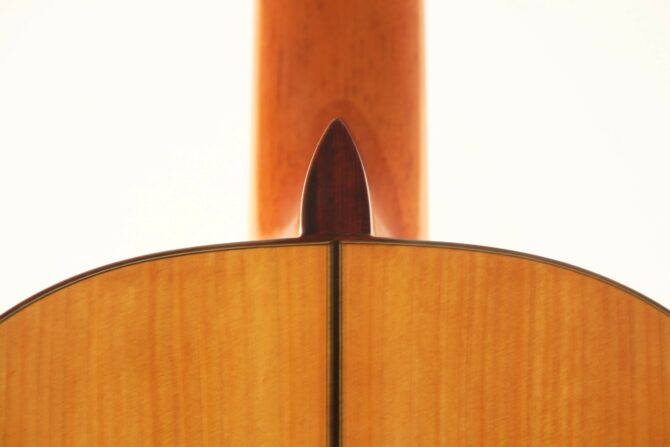 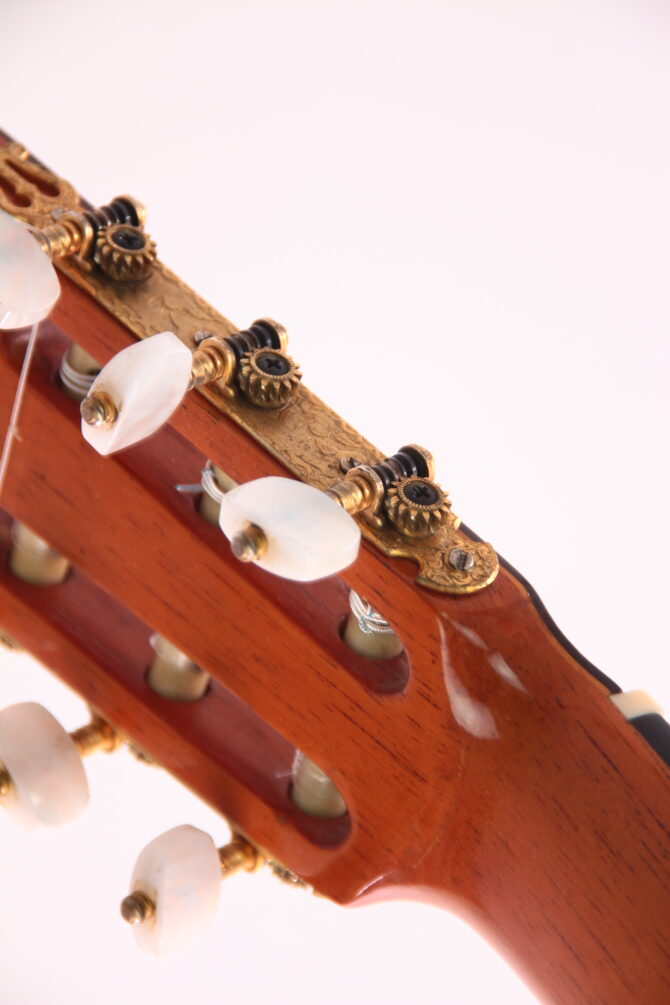 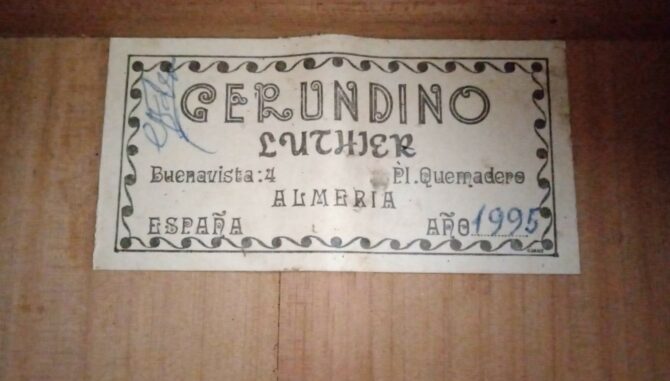 This cedar blanca has a fast response and a big, woody, traditional flamenco sound. More precisely, the tone is clear and focused with a slightly dark texture – “Andalusian” in character – not surprising as Gerundino himself lived and built in the city of Almeria: birthplace and home of Antonio de Torres and the modern Spanish guitar.

This instrument has a few professionally very professionally repaired cracks – beside this the guitar is in great shape.
It plays great – the extremely lightweight build give it a very explosive attack, it has a big, raspy sound. Very similar to the famous sound of Paco Pena, who famously played a cedar blanca Gerundino from this same era.
Back and sides are of cypress and the top of cedar. It has a 660 mm scale length and a 54 mm nut width.

From minute 6:30 the guitar is played in this video:

A full concert with this guitar: