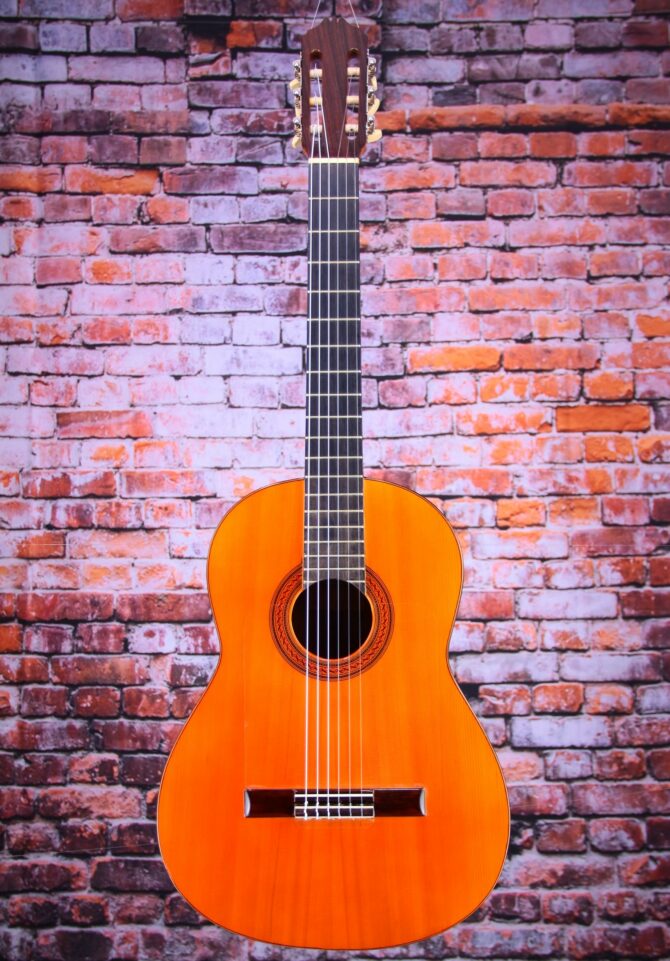 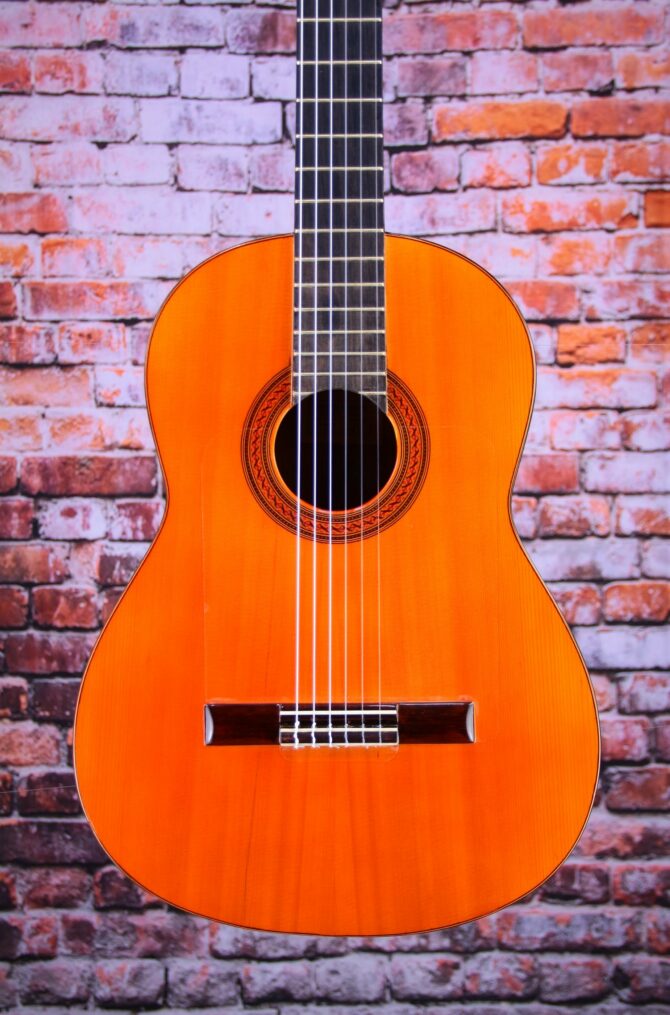 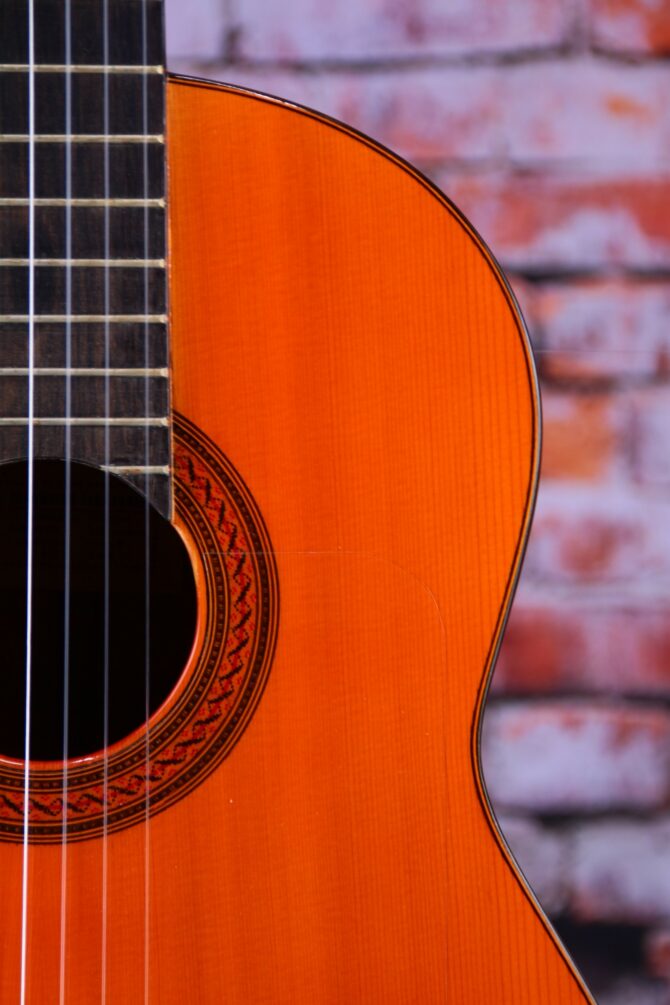 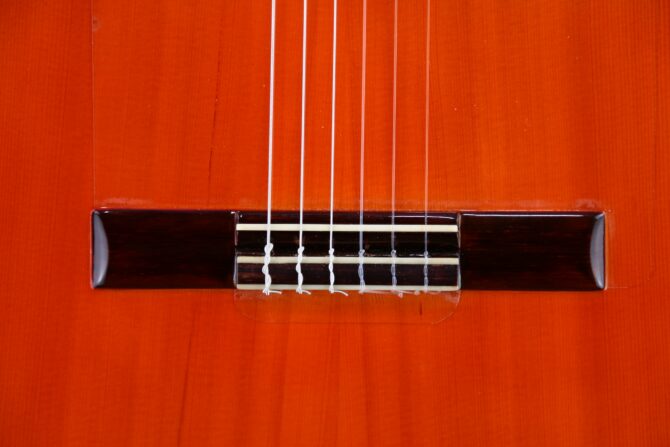 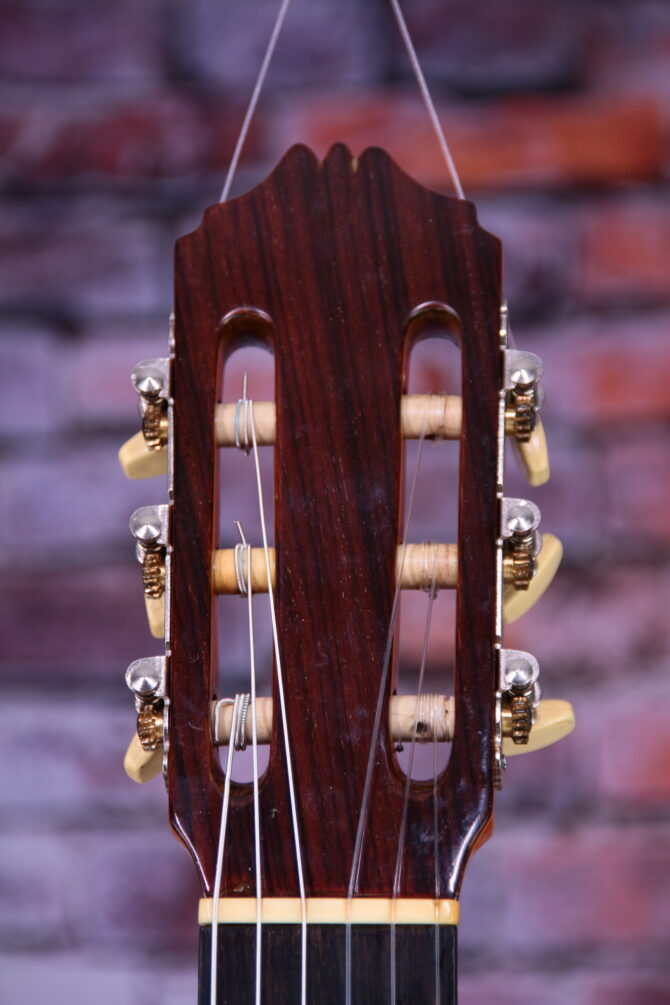 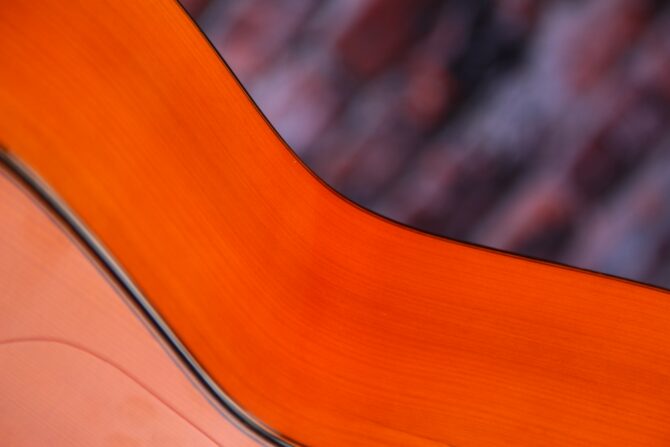 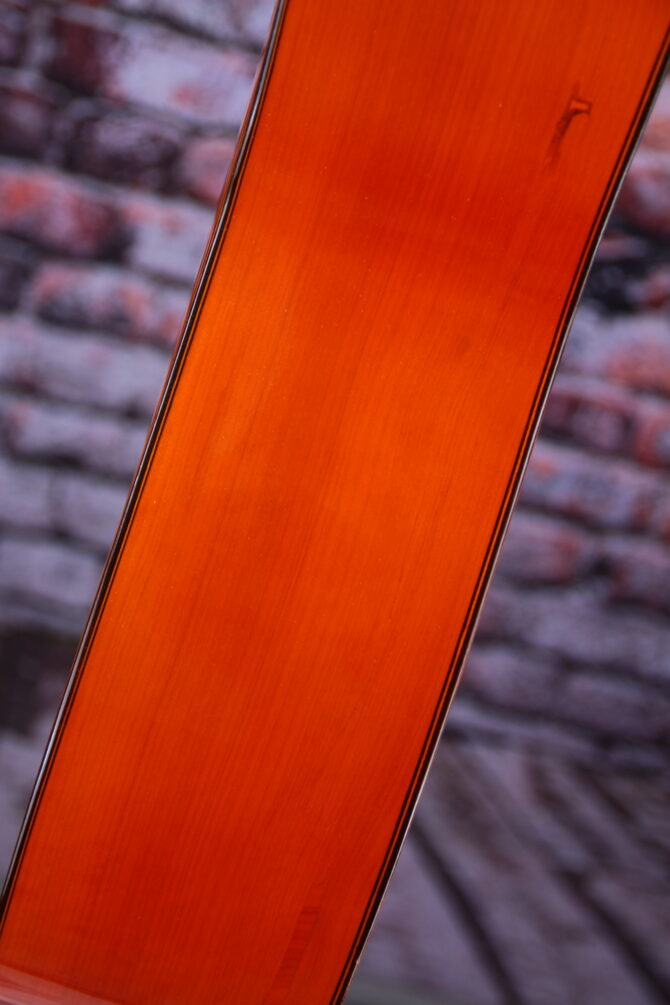 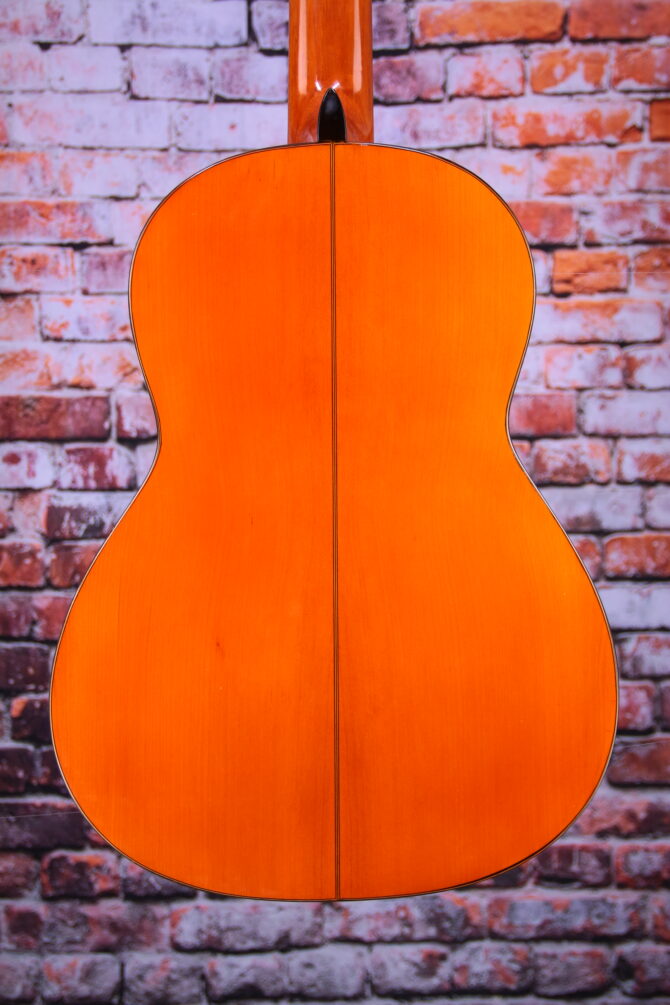 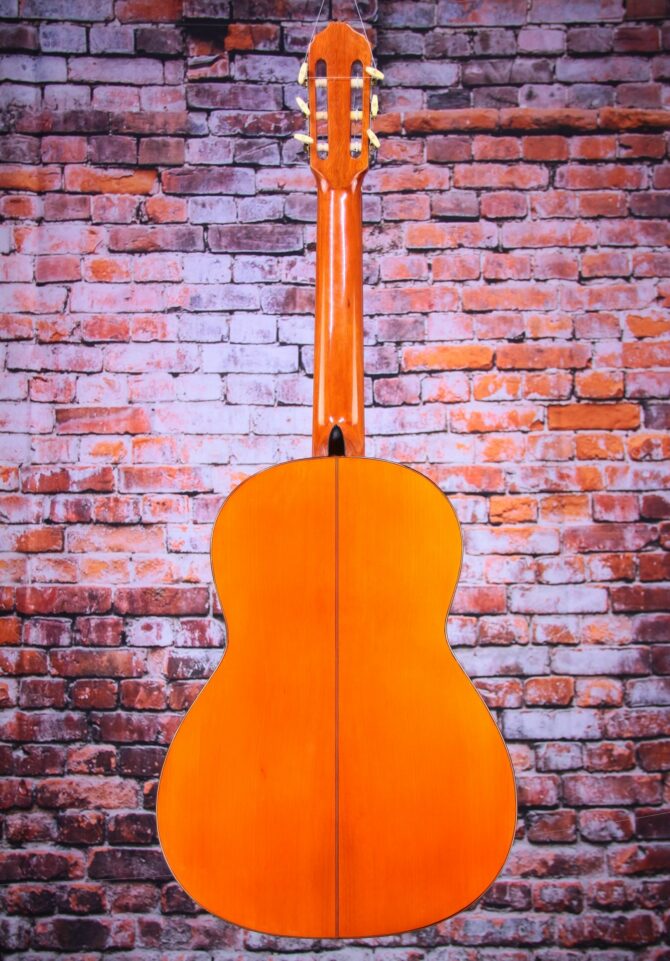 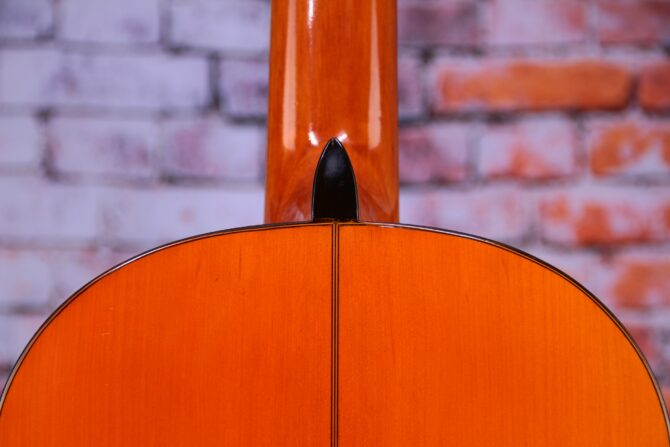 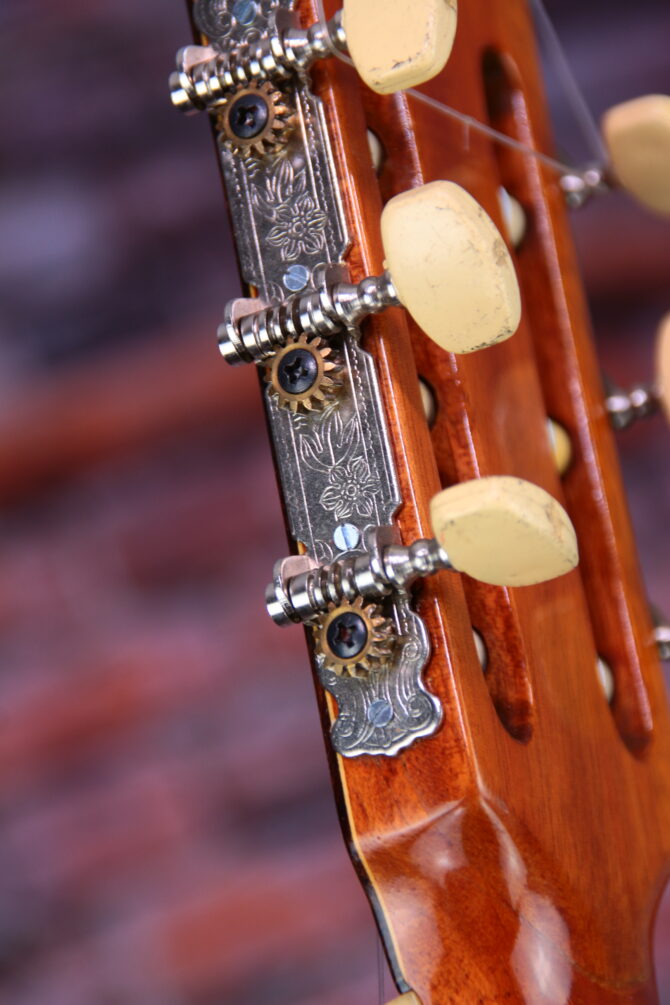 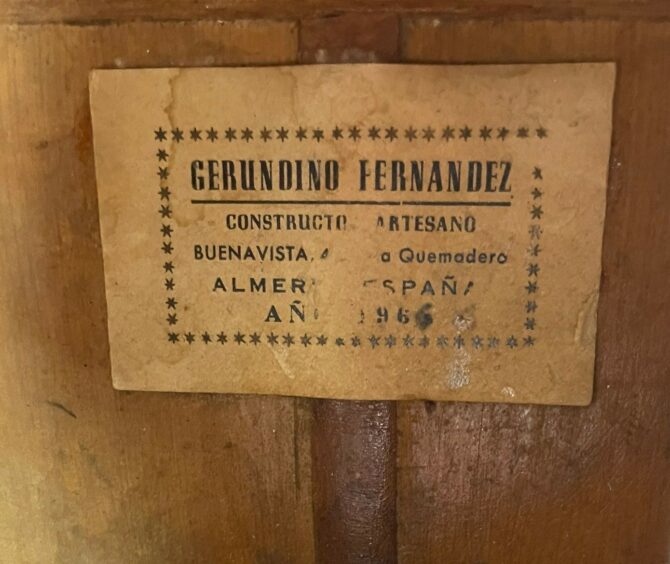 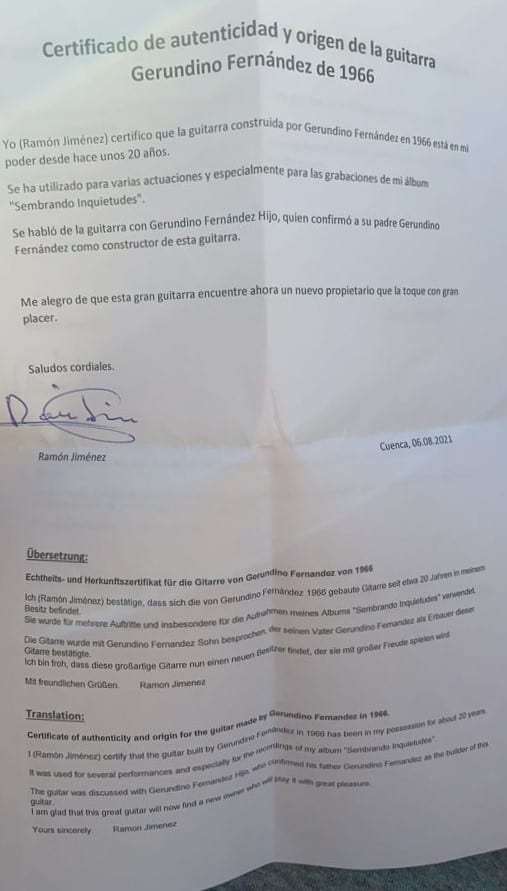 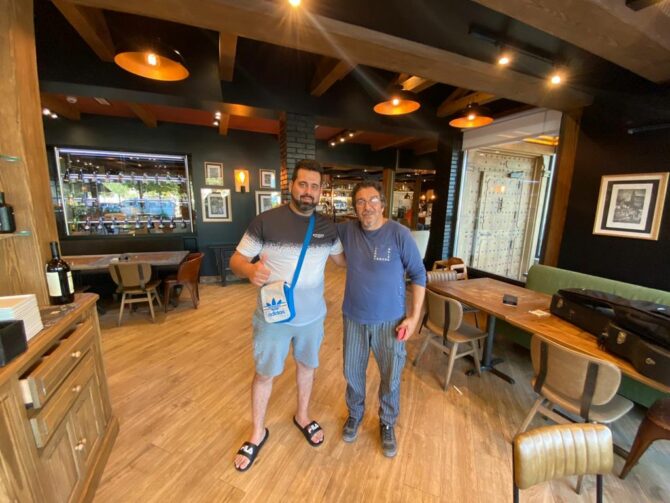 Amazing guitar by Gerundino Fernandez from 1966 – this guitar was Ramon Jimenez’ guitar which he used for his concerts and for the recording of his album “Sembrando Inquietudes”!

The special thing about this guitar is, that it was Ramon Jimenez’ guitar. He used it for countless concerts and for the recording of his album “Sembrando Inquietudes”. For a long time it was in his possesion. After the death of Gerundino , Ramon had several talks with Gerundino Hijo (the son of Gerundino Fernandez) about this guitar. The label was not signed and the headstock has a slightly different shape. The originality of the guitar has been confirmed and a signed document will come along with the guitar.

This guitar has a fast response and a big, woody, traditional flamenco sound. More precisely, the tone is clear and focused with a slightly dark texture – “Andalusian” in character – not surprising as Gerundino himself lived and built in the city of Almeria: birthplace and home of Antonio de Torres and the modern Spanish guitar.

This instrument has a few professionally repaired cracks. The finish has been nicely refreshed.
It plays great – the extremely lightweight build give it a very explosive attack, it has a big, raspy sound.

Back and sides are of cypress and the top of spruce. It has a 655 mm scale length and a 52 mm nut width.