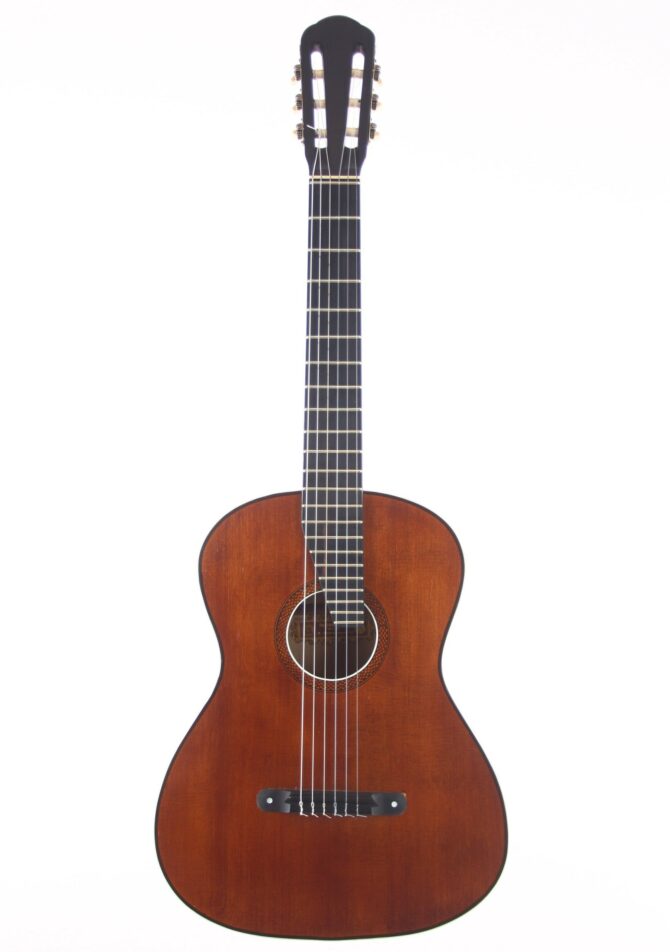 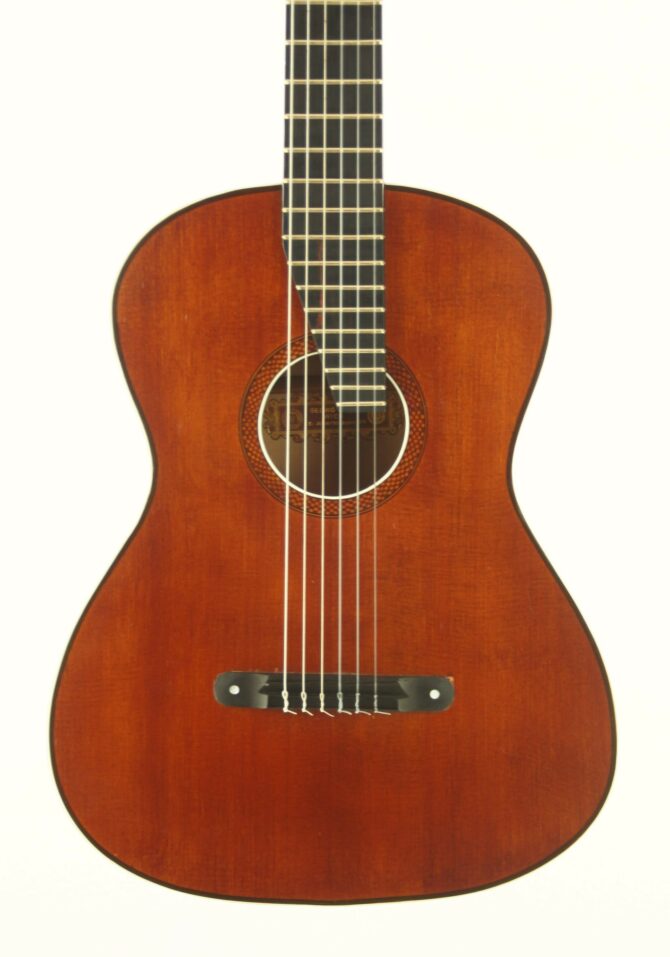 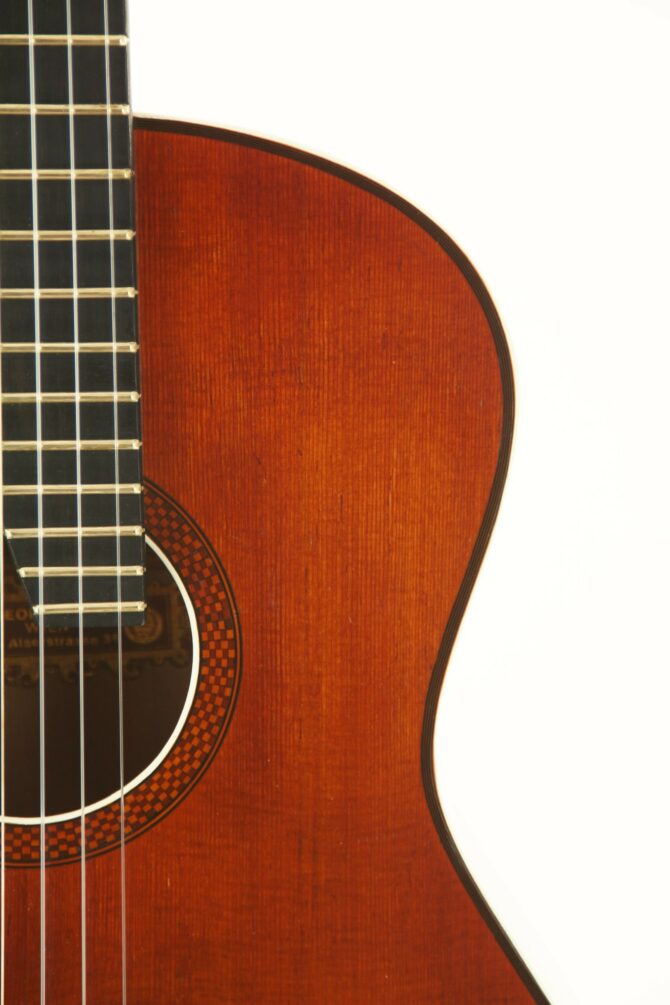 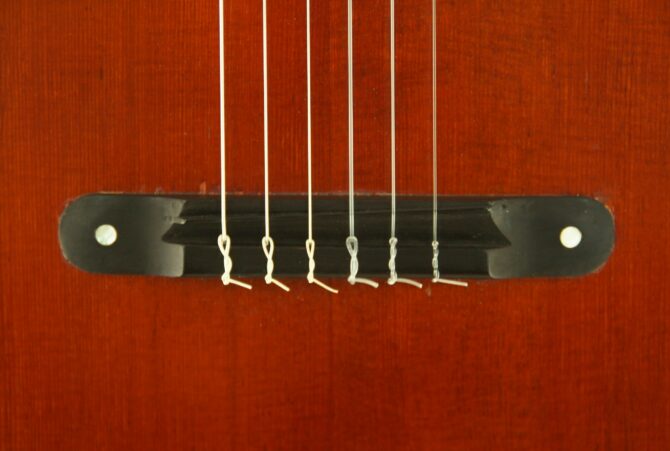 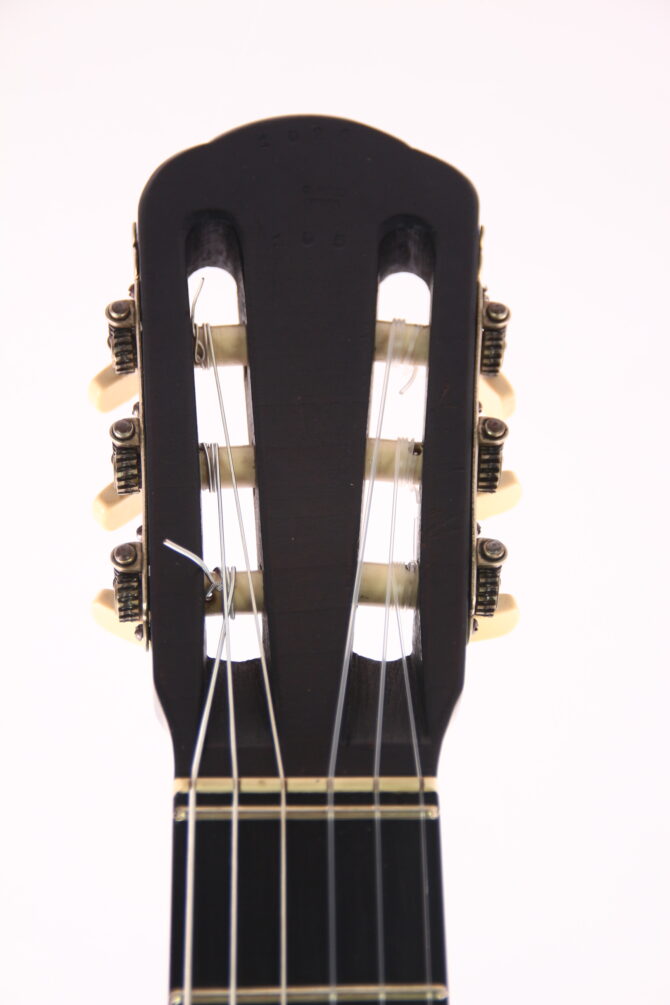 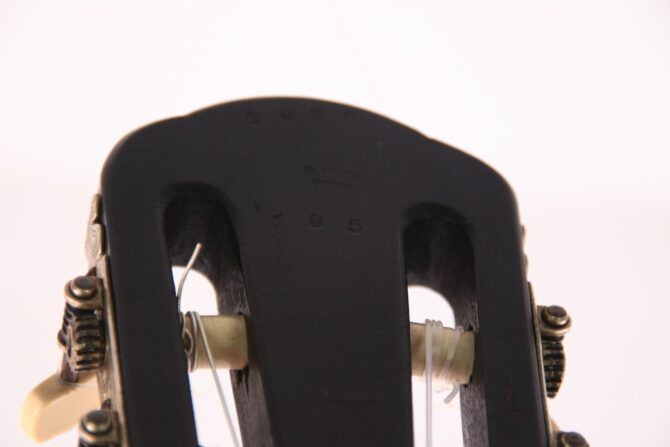 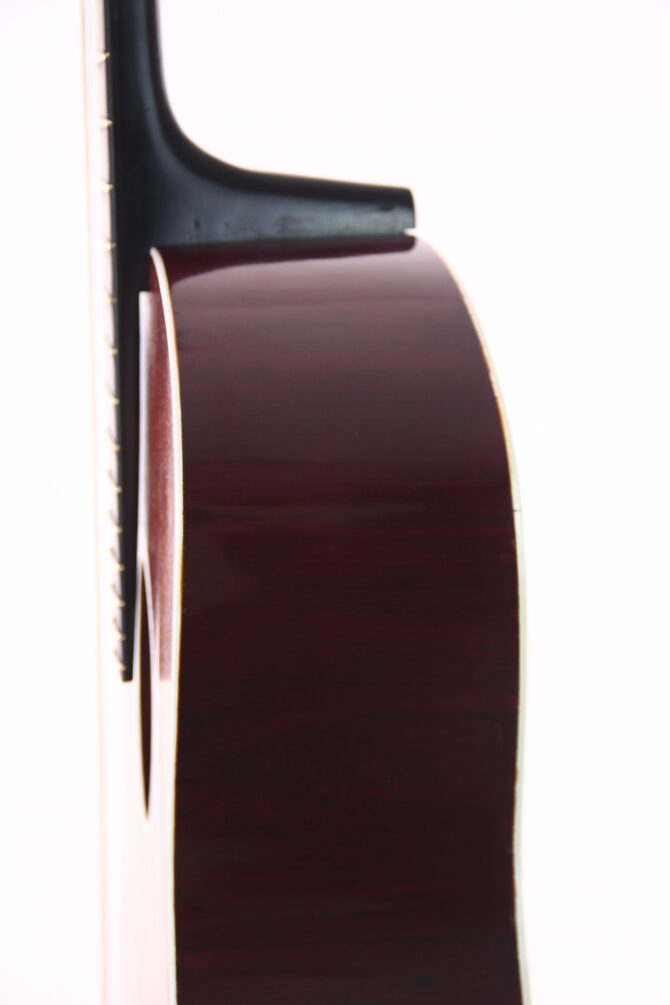 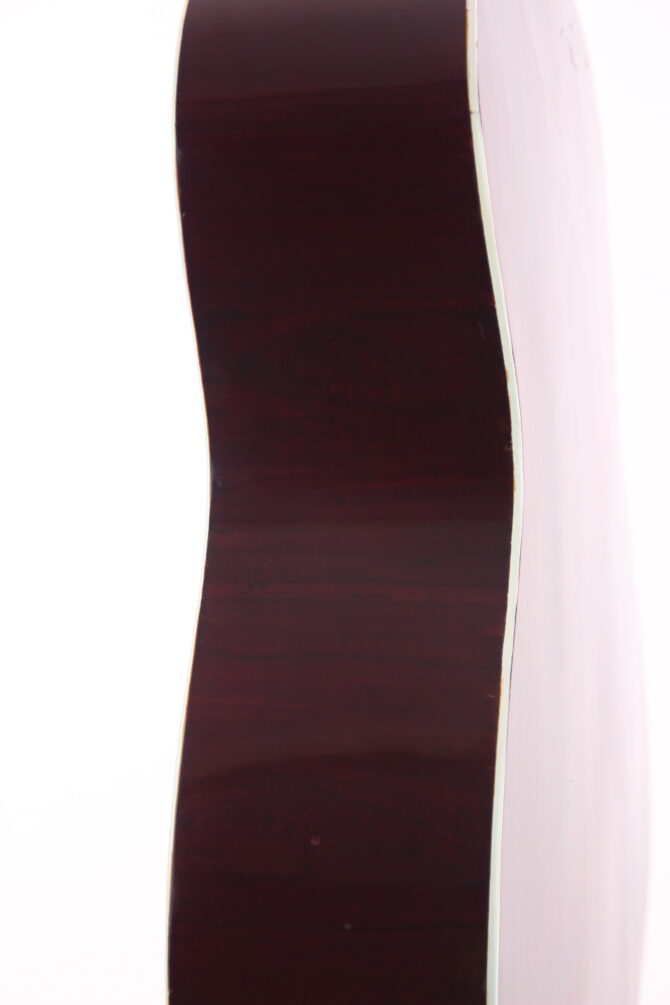 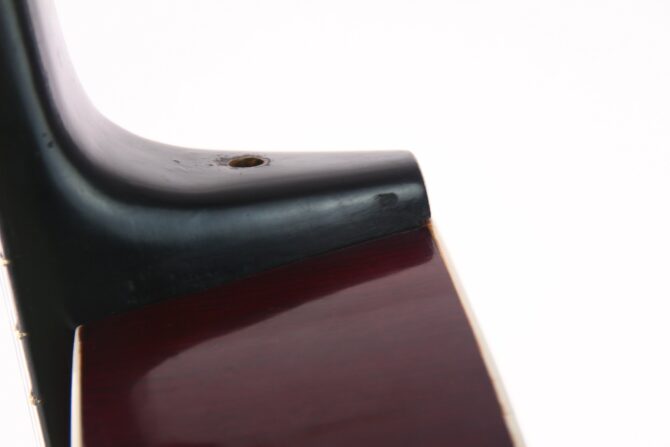 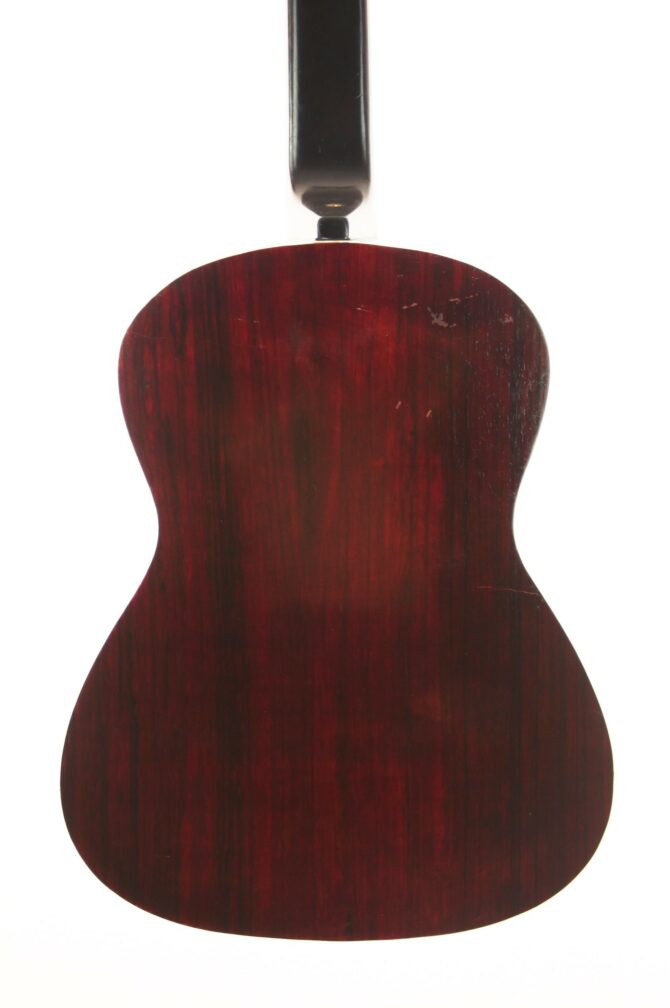 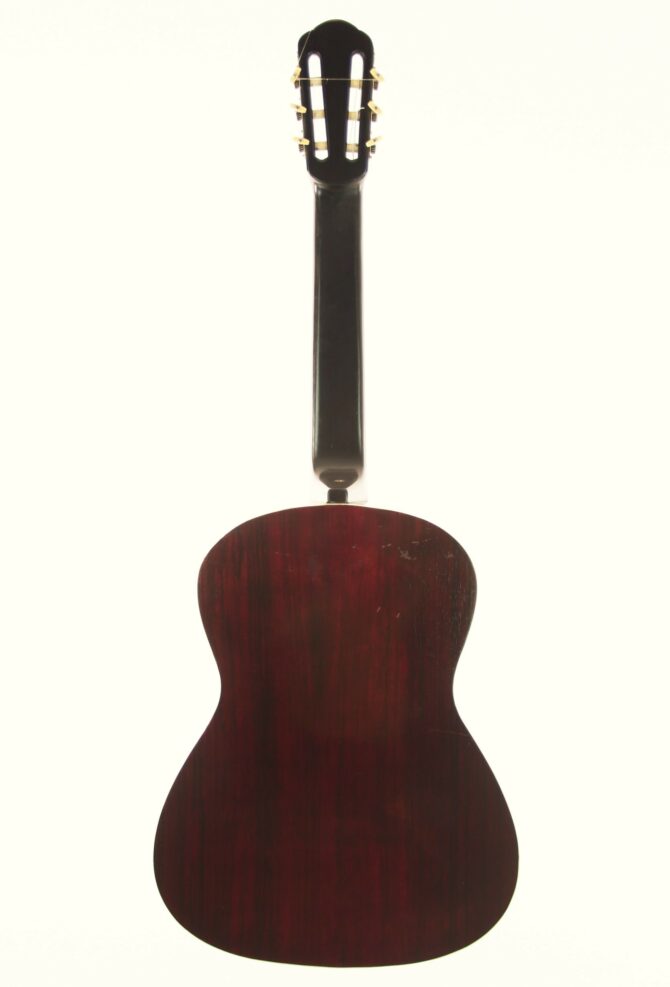 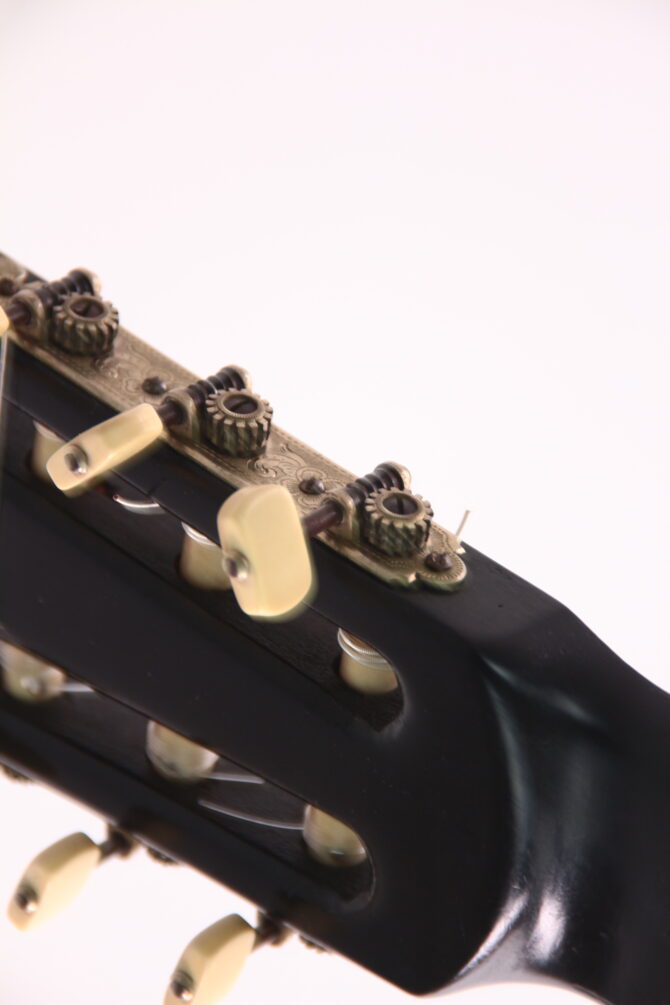 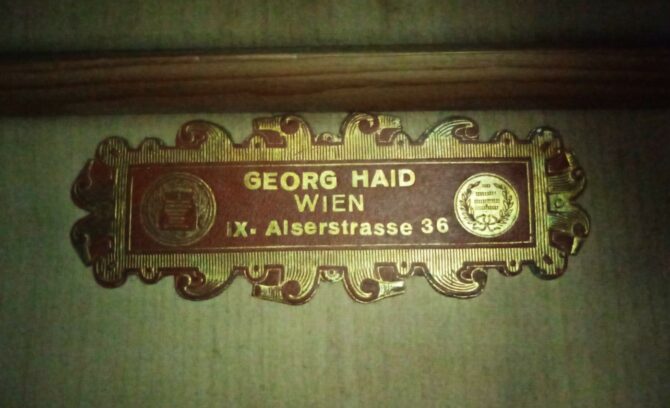 Exceptional and amazing sounding Vienna style guitar from Georg Haid – this guitar built in 1926 is a big bodied and powerful sounding example of a fine handmade guitar.

Georg Haid was born on 20.1.1864. He came to Linz at the age of 14 to study with Eduard Heidegger. After completing his apprenticeship, he worked for Johann Hornsteiner in Passau. He then moved on to Munich to work for Georg Tiefenbrunner.
In 1884-87 he was called up for military service and finally came to Vienna where he first worked in the workshop of Karl Kiendl. Later he married his daughter and set up his own workshop in Vienna IX in 1894. In 1922 he moved into his own house in Alserstraße (Vienna IX).

Georg Haid built zithers and guitars. His craftsmanship is exceptionally good. He was able to gain insights into the work of various great masters during his time as an apprentice and assistant.
His building style follows the great masters of Viennese guitar building.

Georg Haid died in Vienna on 16.6.1951. His workshop in Alserstraße in Vienna continued to operate for many years afterwards and still exists today as Gitarrensalon Haid.

The guitar features a German Spruce top and Maple back and sides and dark ebony fingerboard. Scale length is 640 mm, and the width at the nut measures 52 mm. The original French polish is in Excellent condition with little wear. The guitar is equipped with an adjustable neck (including adjustment key).
It comes with its original but beaten up case.

The sound is big and bold – it has a big and deep body and this creates a sublime almost majestic sound.
The sound is beautiful, masterly with concert quality. It has a lot of clarity, but at the same time an incredible tonal flexibility. It provides the magic that only an old, masterfully built guitar can create.
The guitar offers a wide range of beautiful timbres in all registers.