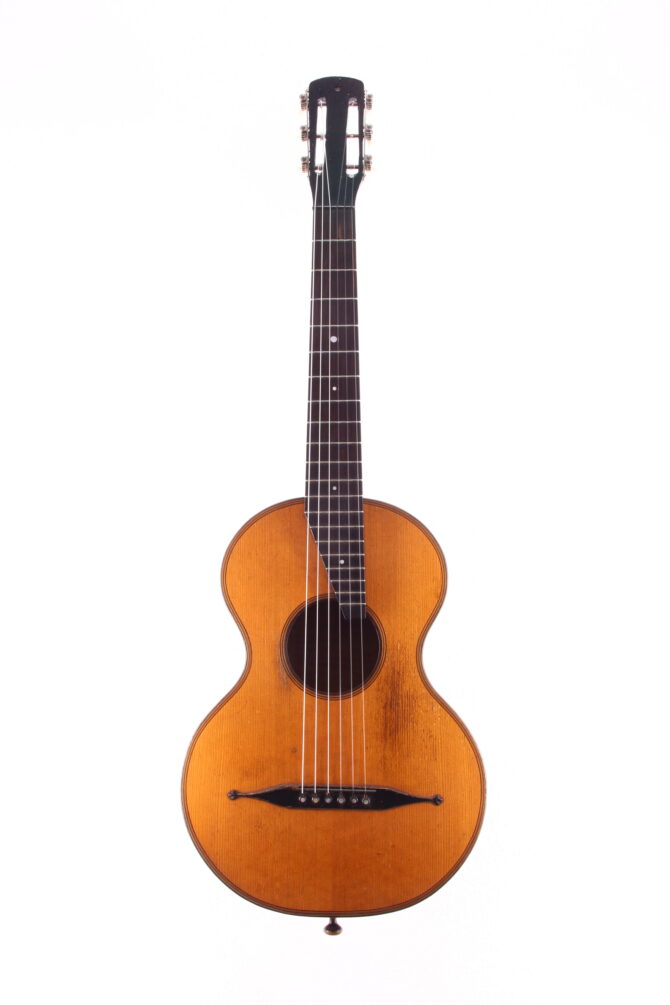 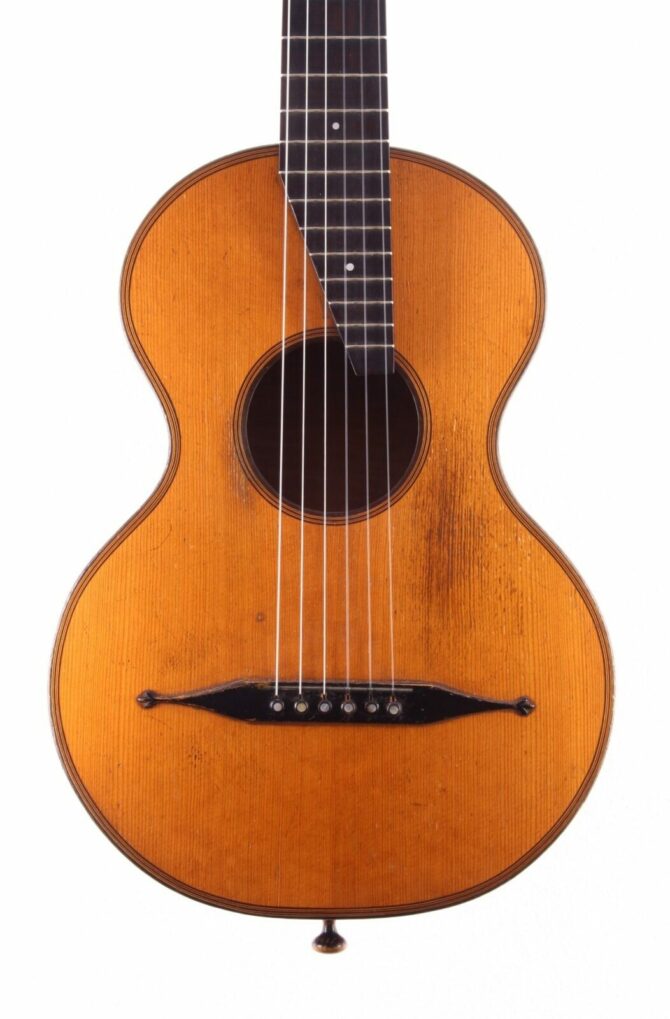 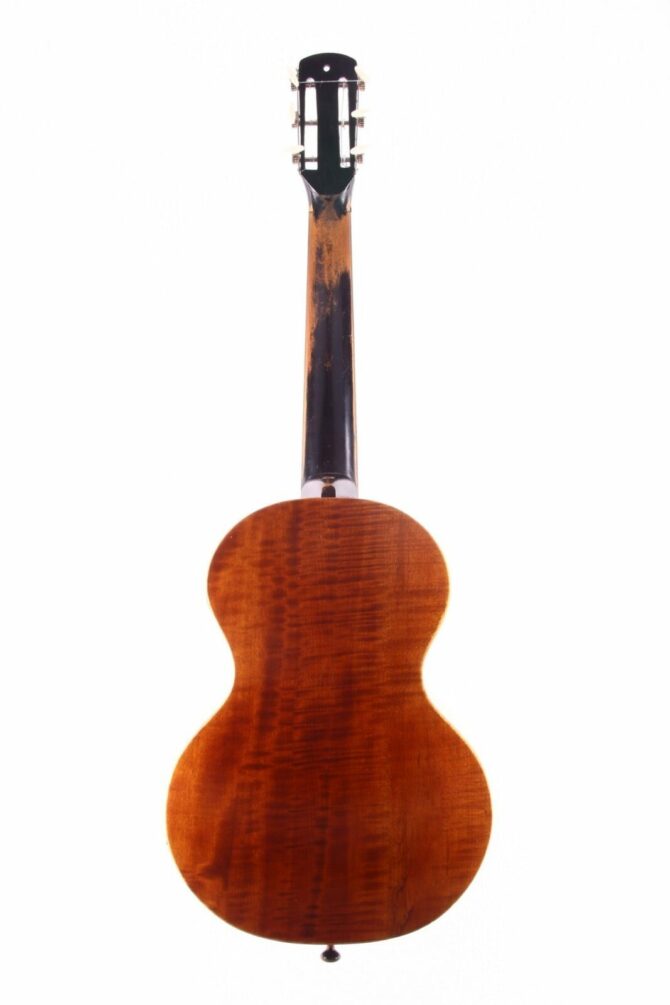 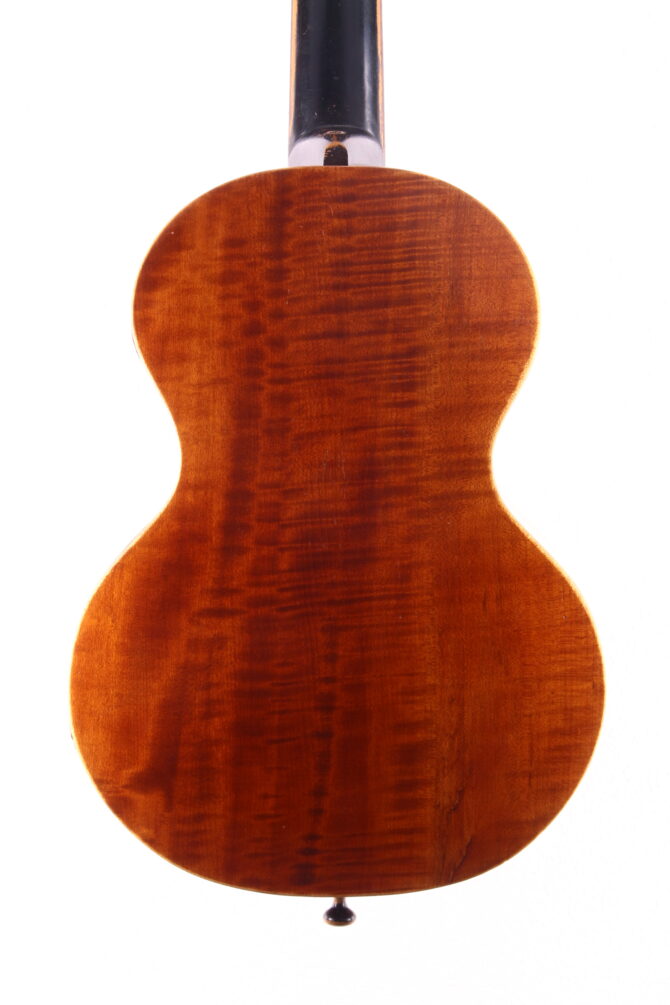 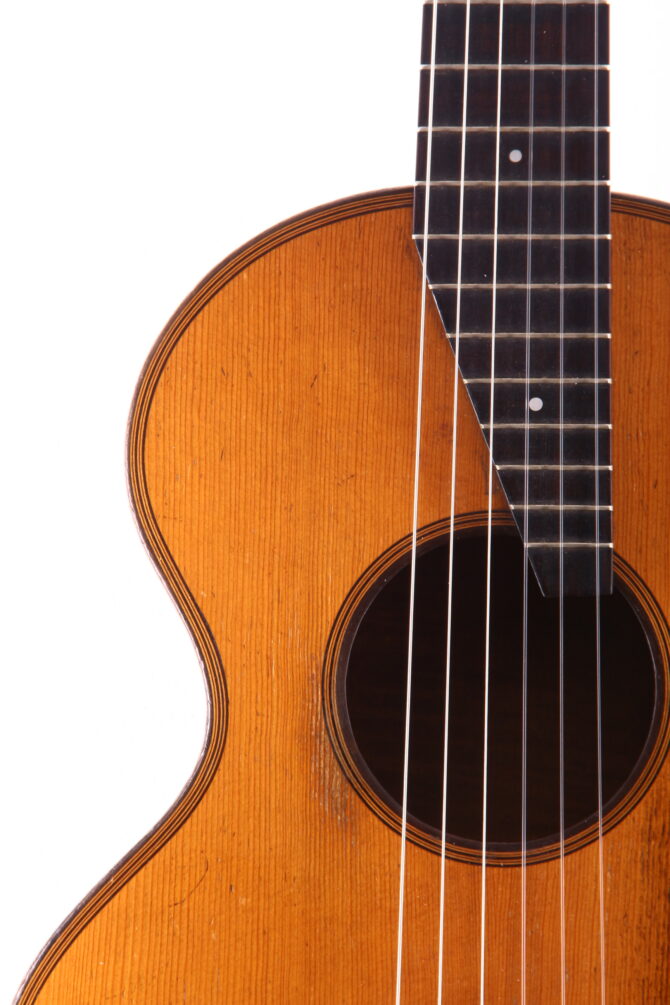 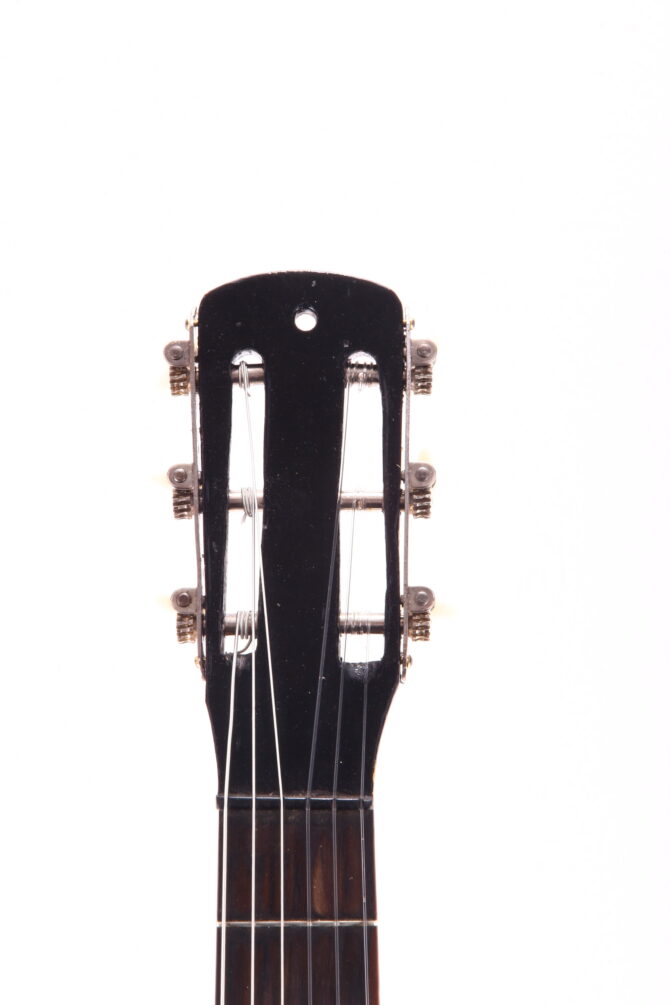 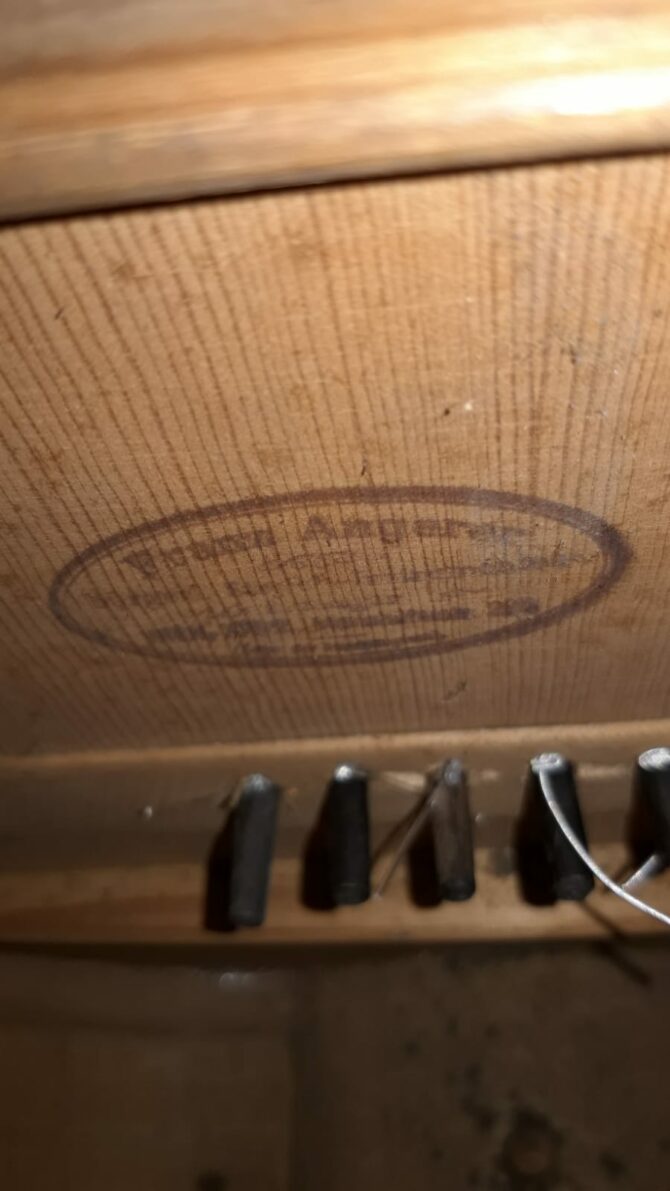 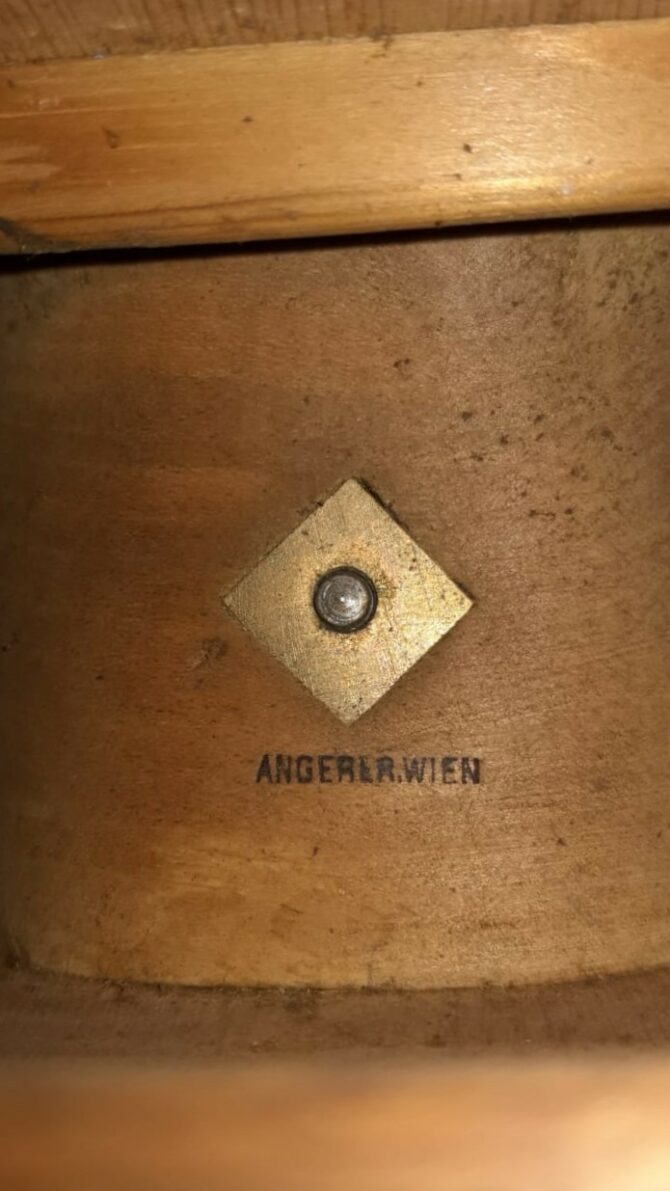 It all started with Johann Georg Stauffer, who must probably be counted among the most creative guitar builders of all. Students such as Johann Gottfried Scherzer, Friedrich Schenk, Ludwig Reisinger, Josef Swossil, Wendelin Lux, Franz Xaver Güttler and Franz Angerer continued the tradition and from today’s point of view form the foundation of classical Viennese guitar making.

In addition to his work as a guitar maker, Franz Angerer was initially also a member of G. Dänzer’s quartet. From 1885 he was completely self-employed as an instrument maker. In the years 1888-1910 he was also active as a guitarist at the Vienna Hofoper and the Burgtheater. During his active time Franz Angerer trained numerous students and his son in instrument making.
This guitar is a real gem – you can immediately see the great quality of the craftsmanship and the high-quality materials used to build this guitar.
Back and sides are made of beautiful flamed maple. The top is made of high quality spruce. The fingerboard is made of ebony. The neck is height adjustable.

This guitar is built as light as a feather and is perfectly crafted in every detail.
This gives it a resonance like no other romantic guitar we have had so far. The guitar has a very fast response and can become surprisingly loud. At the same time it retains a wide range of beautiful timbres in all registers.

The condition of the guitar is excellent for its age. It has been slightly revised, but is basically in a very good and original condition.