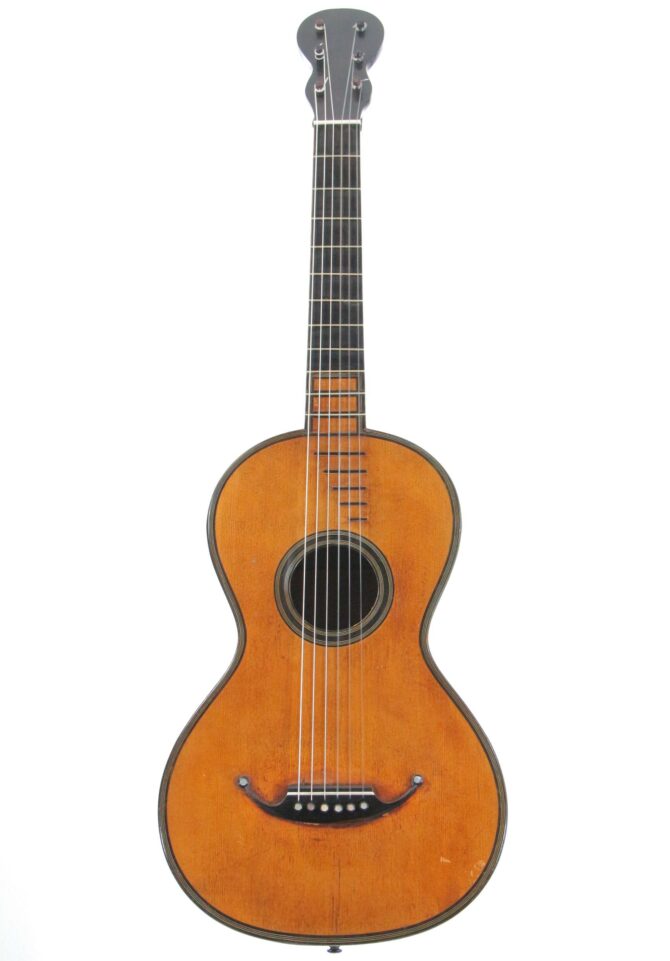 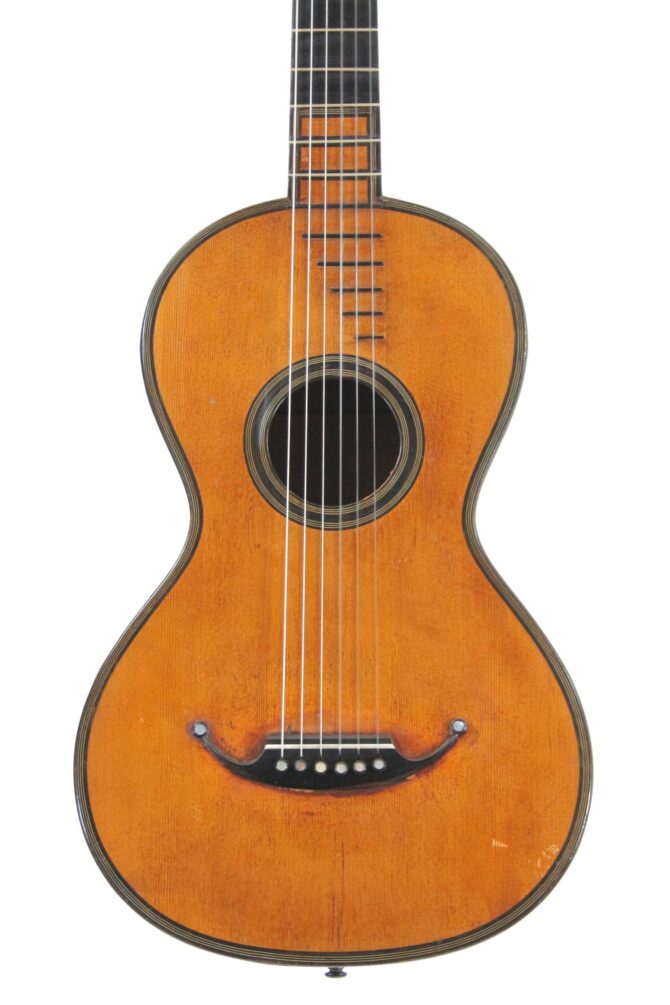 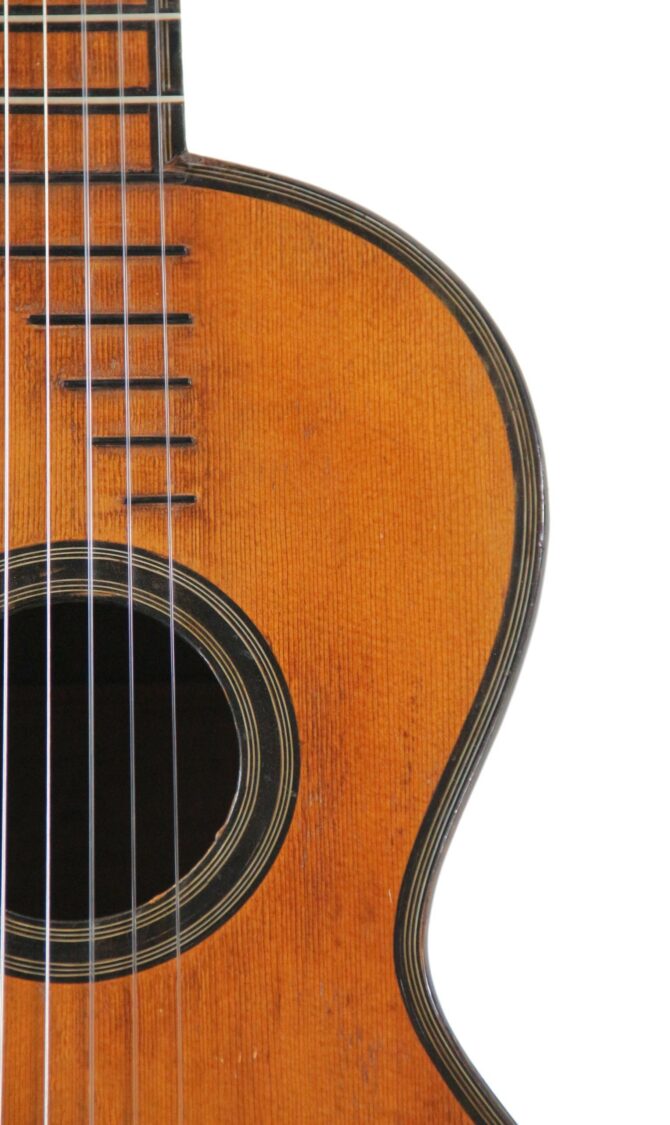 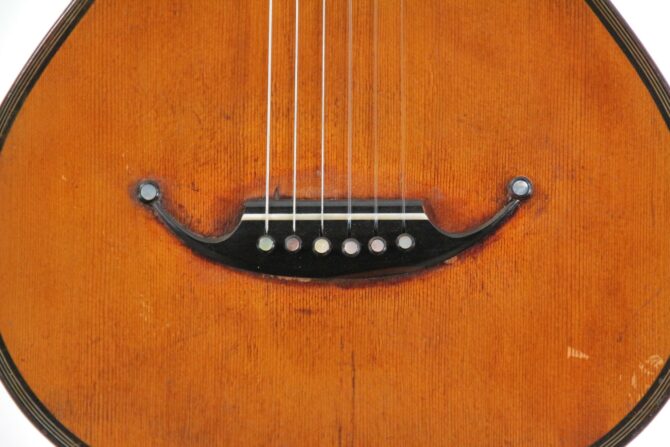 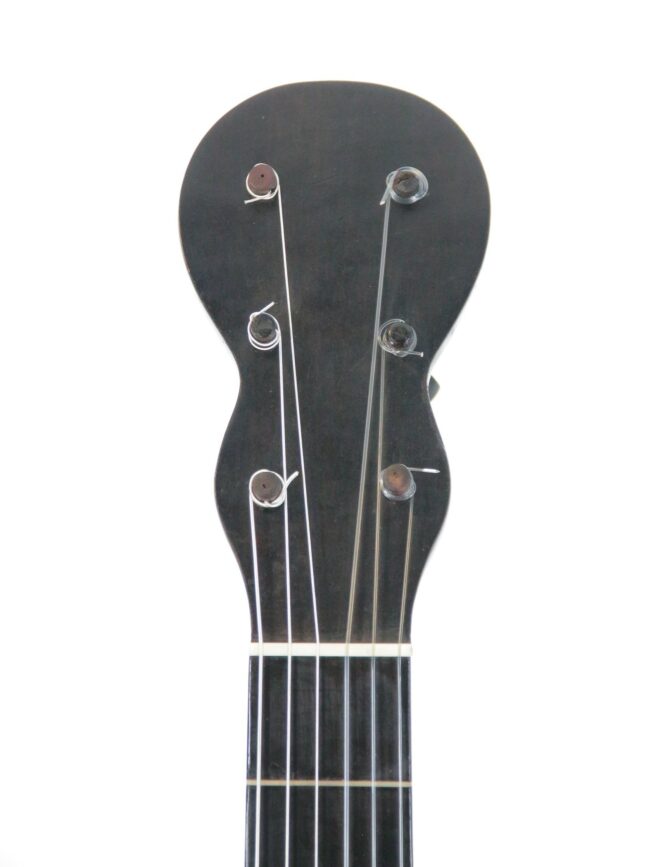 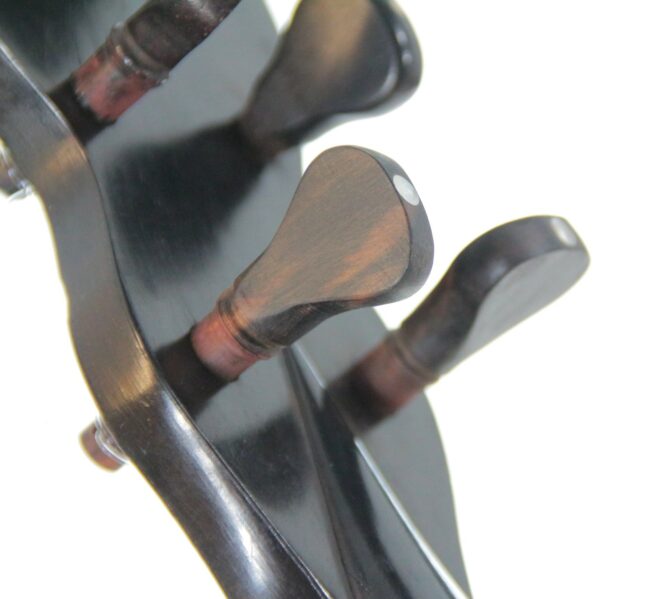 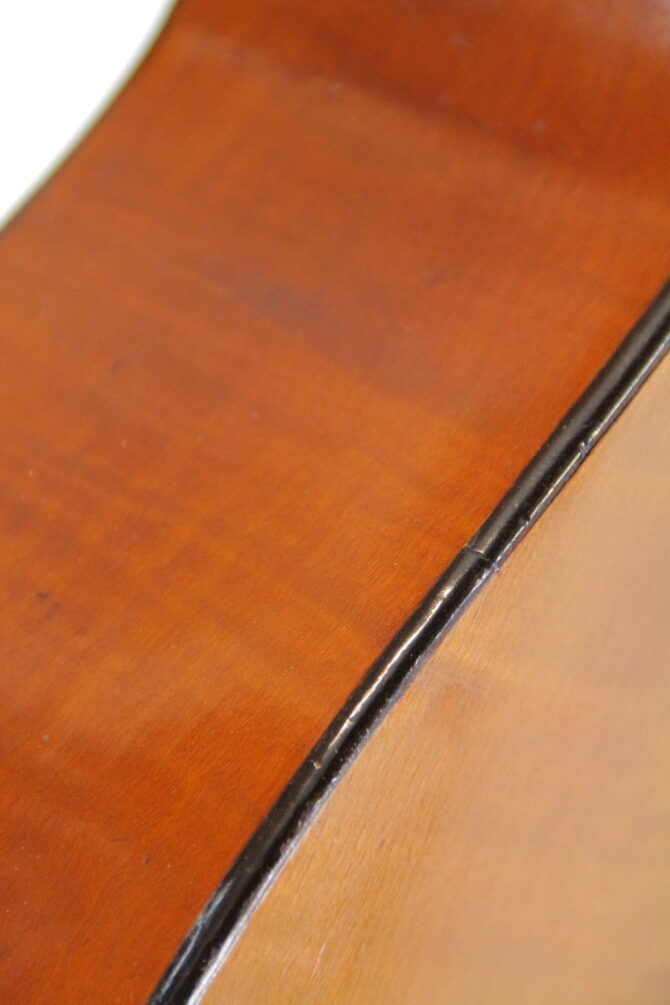 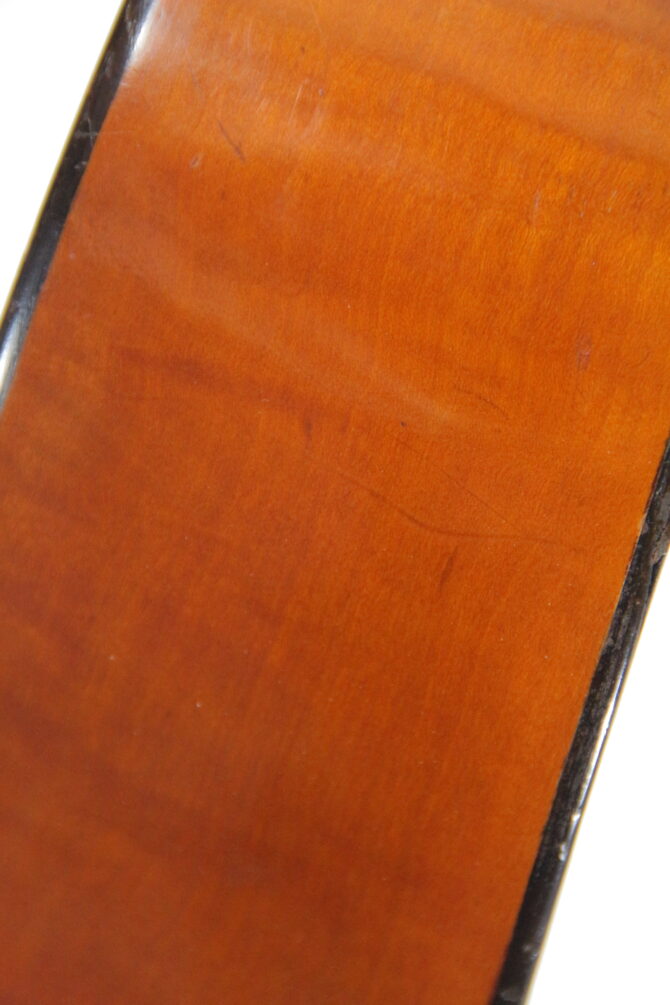 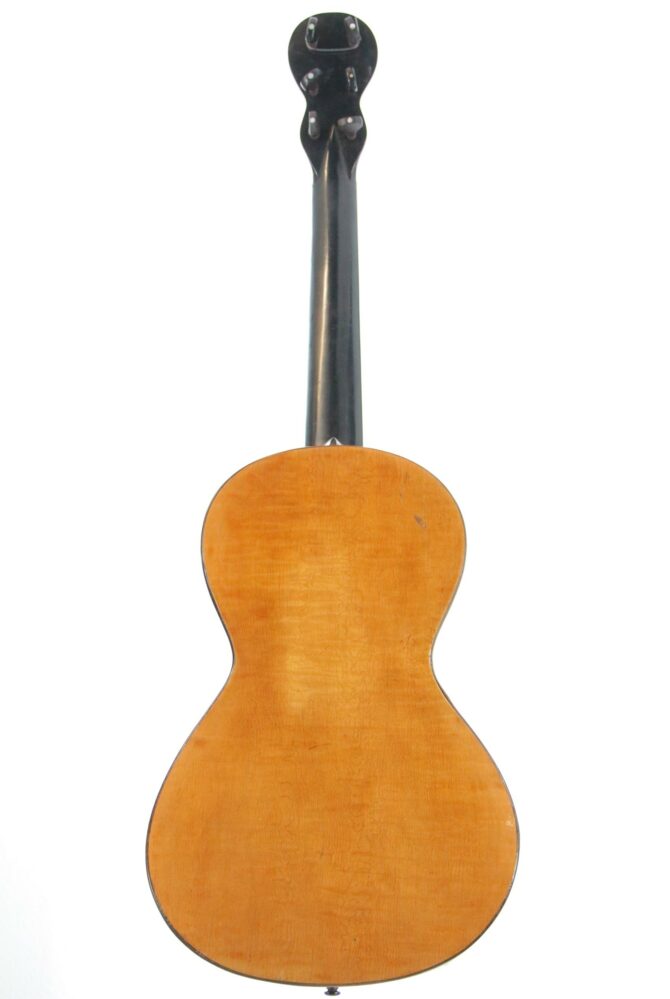 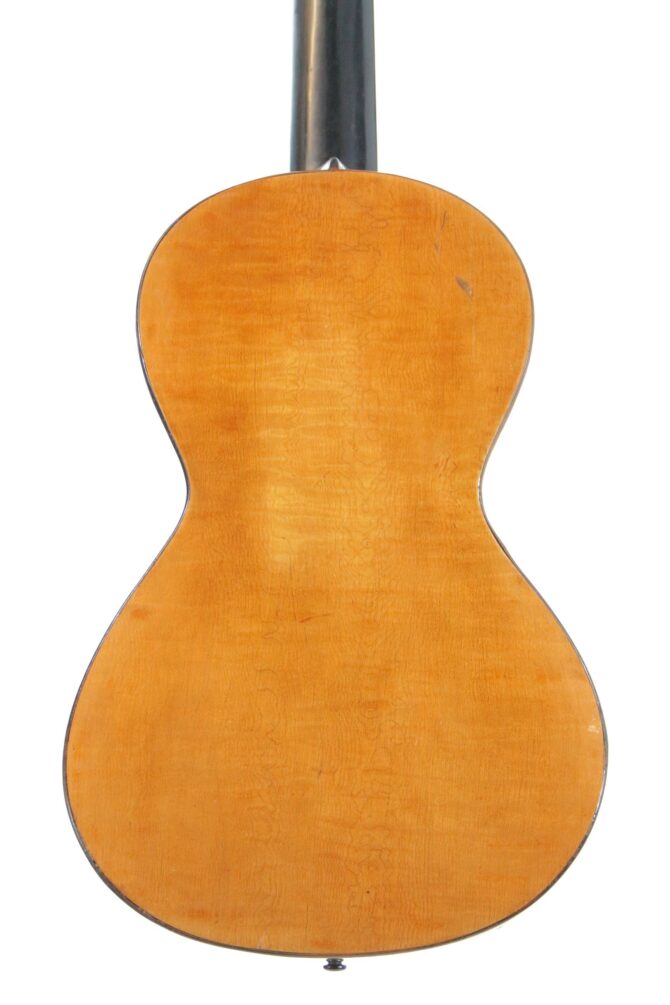 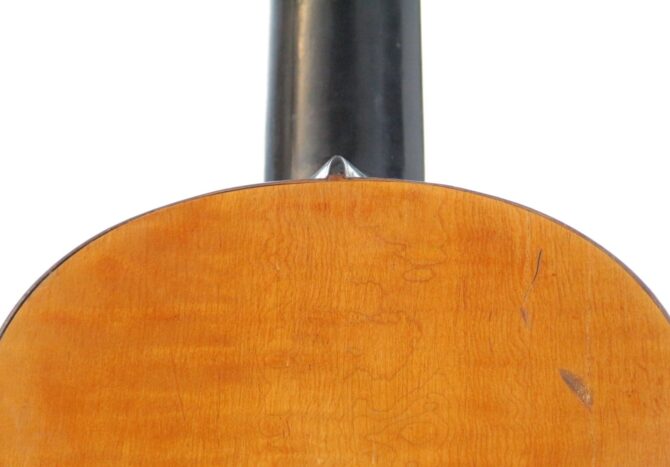 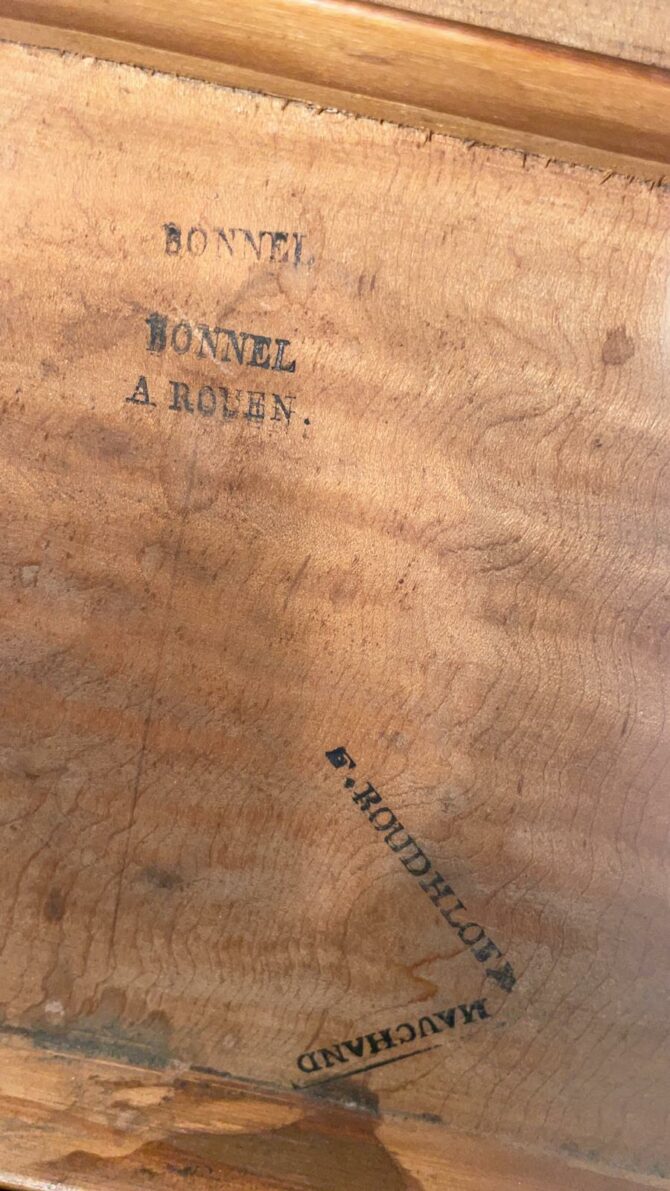 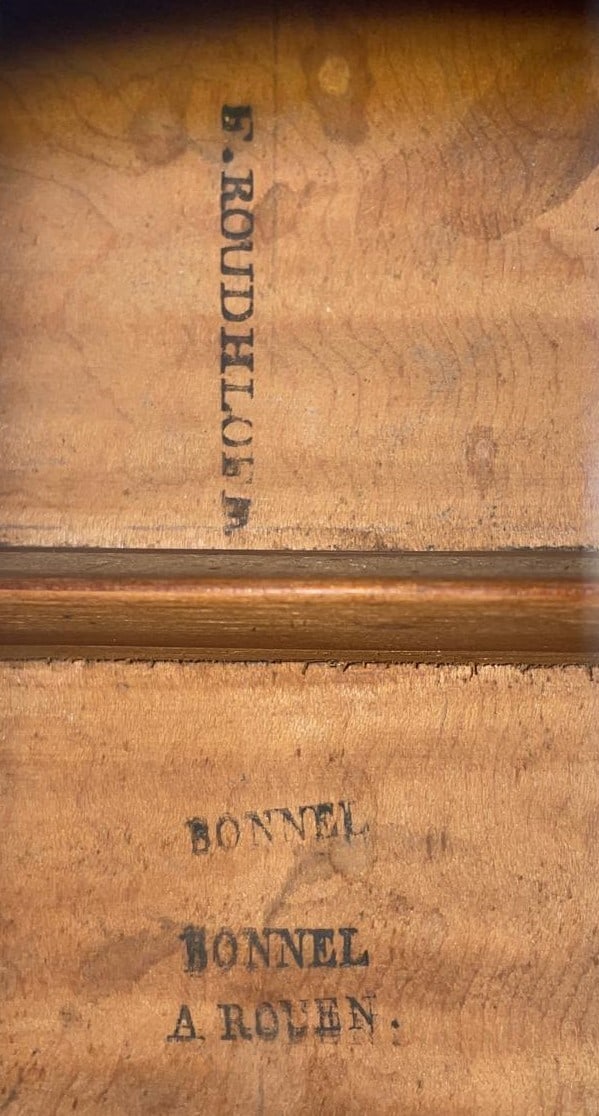 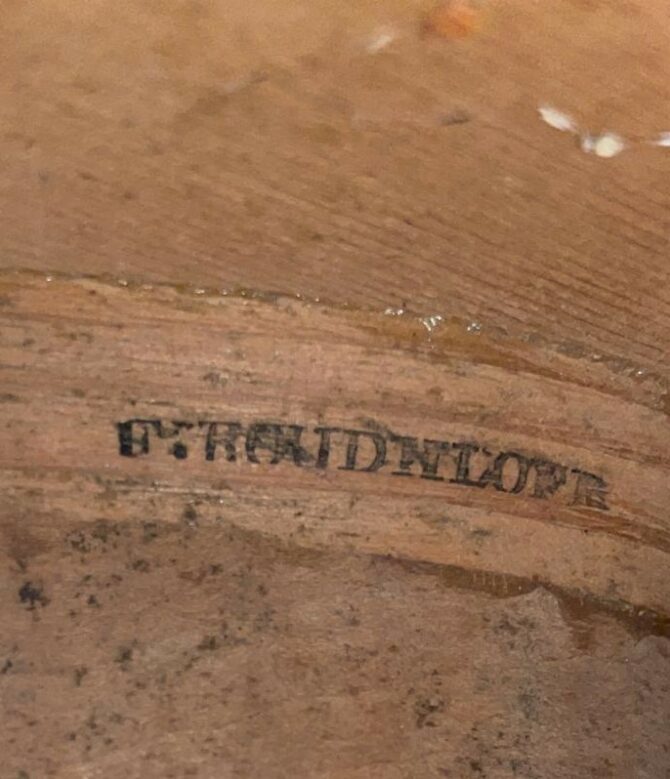 Francois Roudhloff (1781-1849), was a famous guitar maker, known for his elegant and good sounding guitars.
He learned from the famous Francois Breton and was then building his guitars in his own workshop in Mirecourt.
The style of his work is elegant and delicate, influenced by the work of François Breton and by what he observed in guitars made by other guitar makers of his era.

The interior of this fine guitar is precise in every detail, and some features, such as the end block reduced to a minimal size, are characteristic of this luthier.
This guitar is stamped 2 times with “F. Roudhloff” in the inside. Another stamp says F. Roudhloff – Mauchand (his wifes familly name, which indicates that his wifes family was somehow financially involved in the whole business).
Yet another stamp “Bonnel a Rouen”. Bonnel was a dealer of high end instruments of the time, who also was selling instruments for René Lacote.

This beautiful guitar (built around 1830) was professionally restored and is in perfect condition, ready for professional use.
It has a spruce top and maple back and sides. The scale length is 650 mm and the nut width is 48 mm.

Tonally, this Roudhloff impresses with a velvety dark but very powerful tone of unusual substance. It is also a very charming sound, perfect for getting closer to the authentic sound of the music of composers such as Sor, Giuliani, Aguado, Legnani, Diabelli, Carulli, Coste and Legnani, to name but a few!
A dream guitar that brings out the most beautiful timbres. It also has the volume and power you would expect from such a guitar.