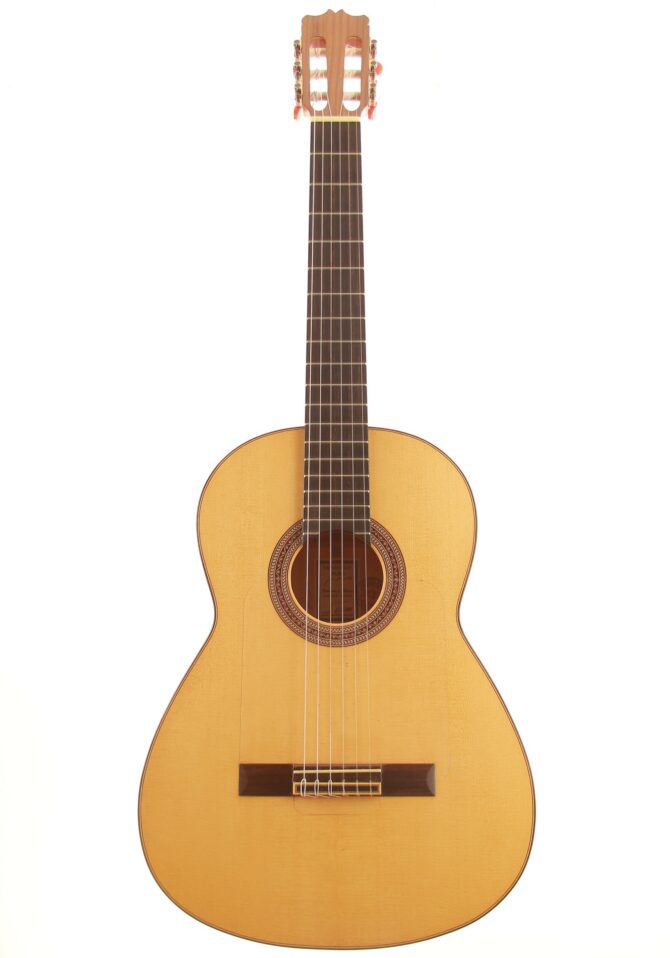 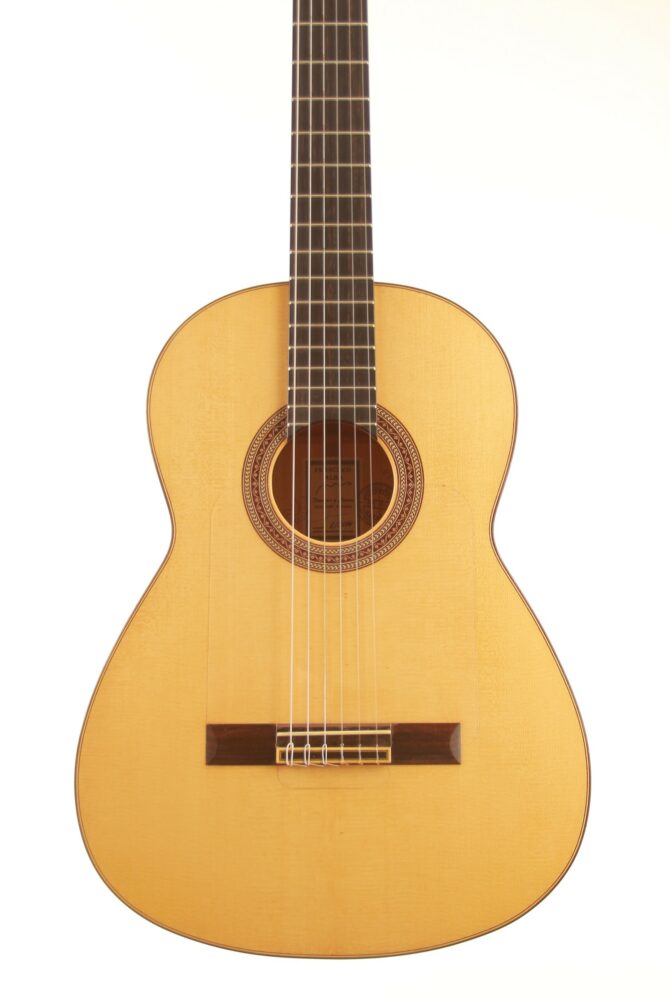 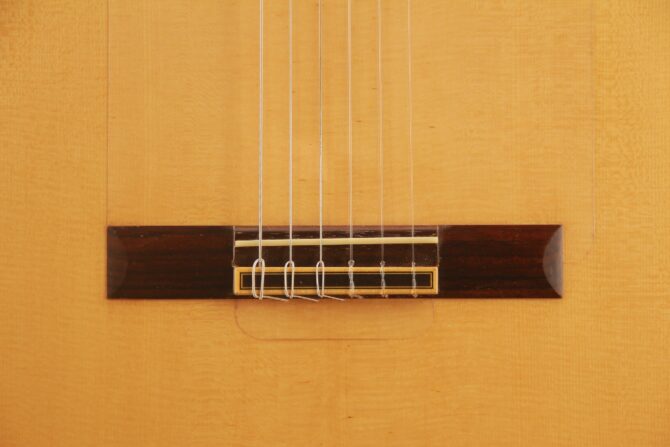 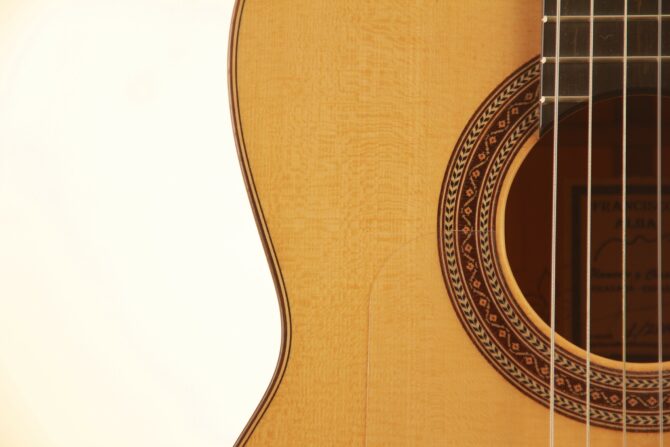 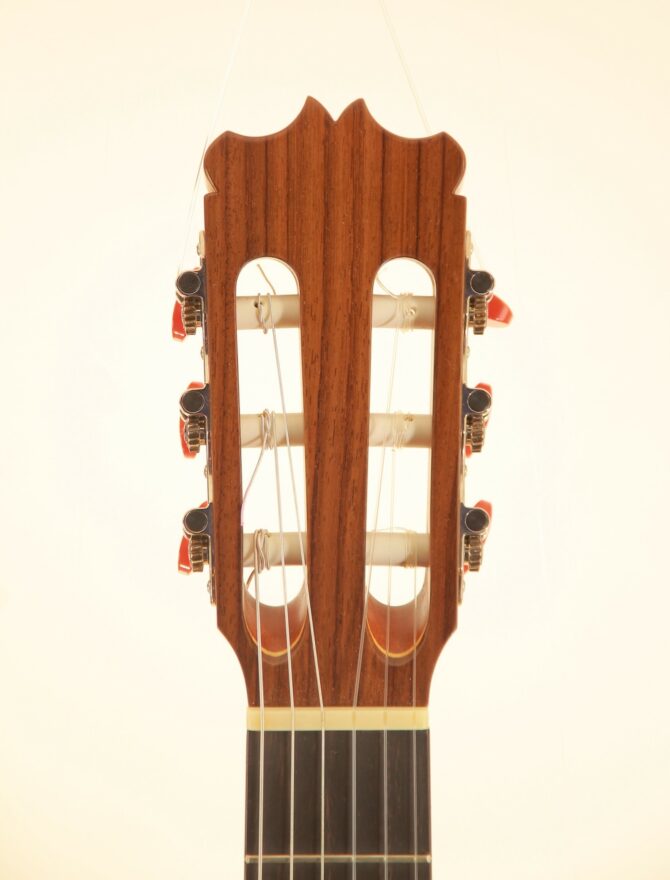 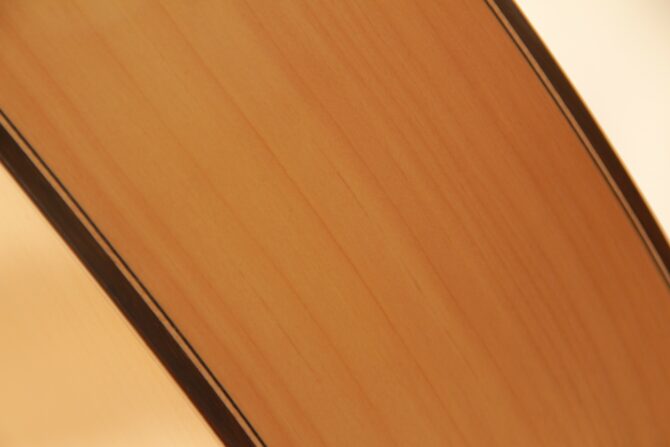 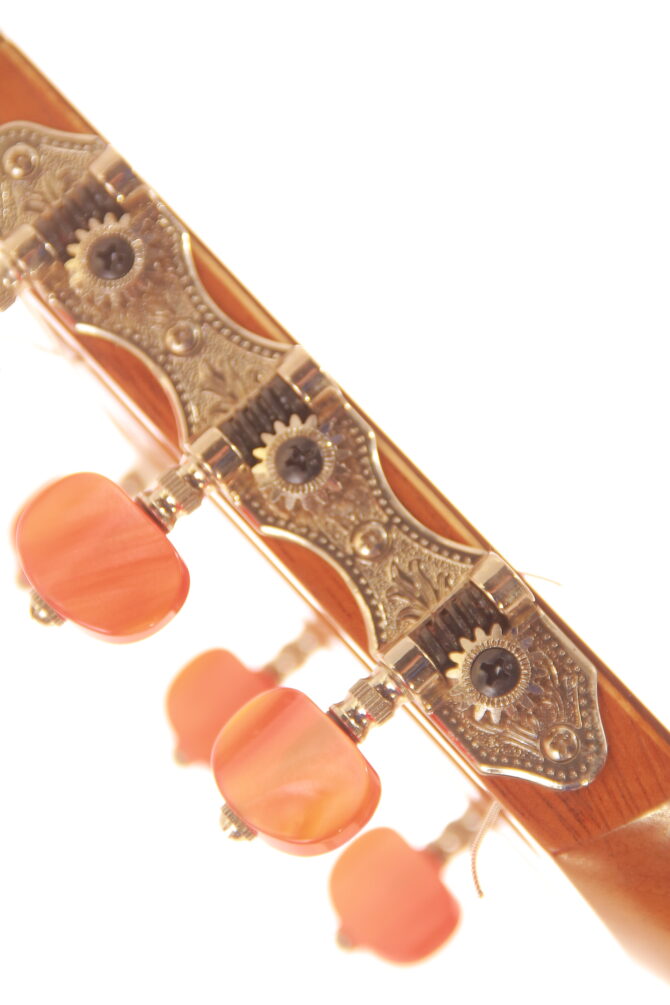 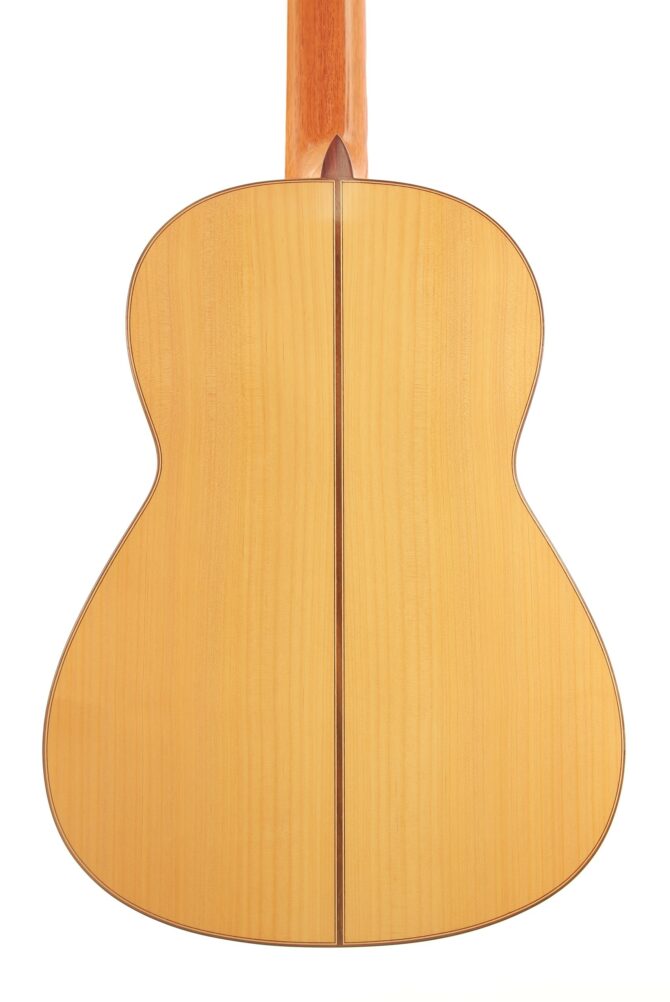 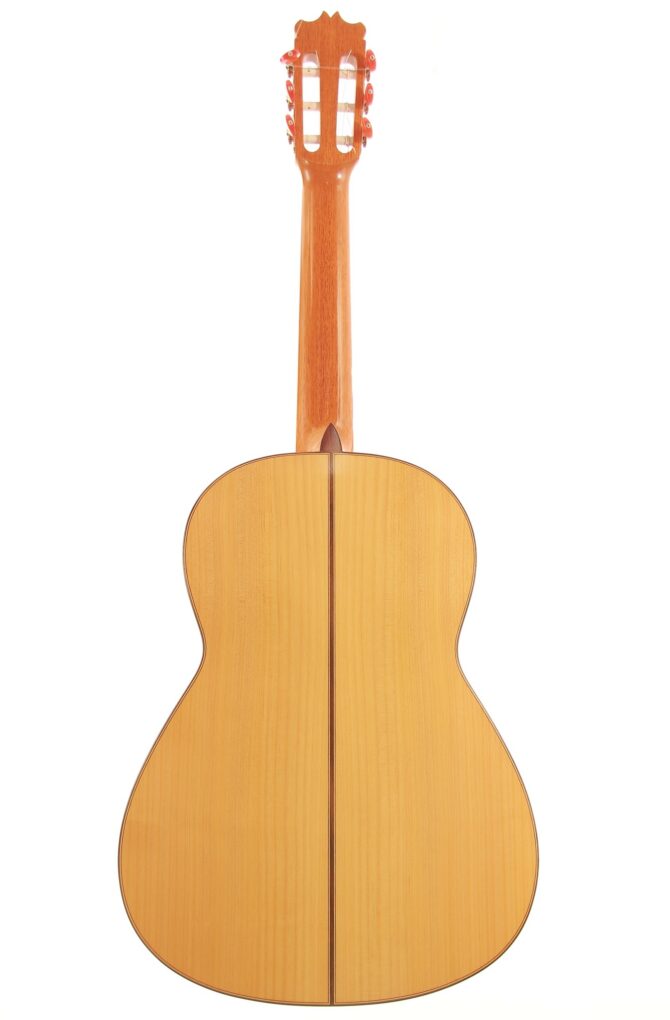 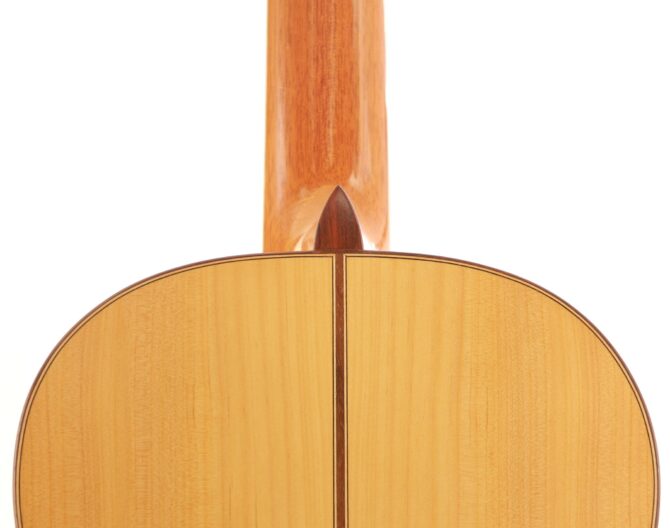 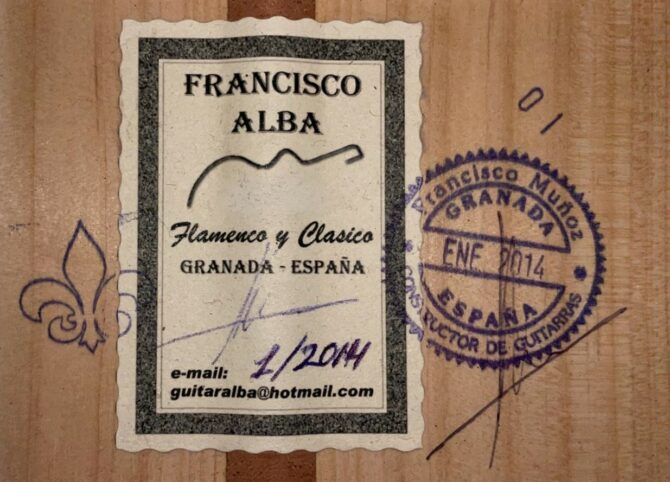 This wonderful guitar, built in 2014 has a nice alpine spruce top with beautiful cypress back and sides. The scale length is 650 mm and the nut width 52 mm.

Even with this guitar, you can immediately see why Francisco received an award at this prestigious guitar competition.
It is superbly built and the particularly clear, round and intense sound character is impressive. The response is very direct and the treble sings lyrically and expressively. Also the playing comfort for the left hand is first class and allows the guitarist to feel comfortable even in fast passages. An overall very successful guitar from the heart of Spanish guitar making.

The condition of the guitar is like new with only some small traces from use and play.