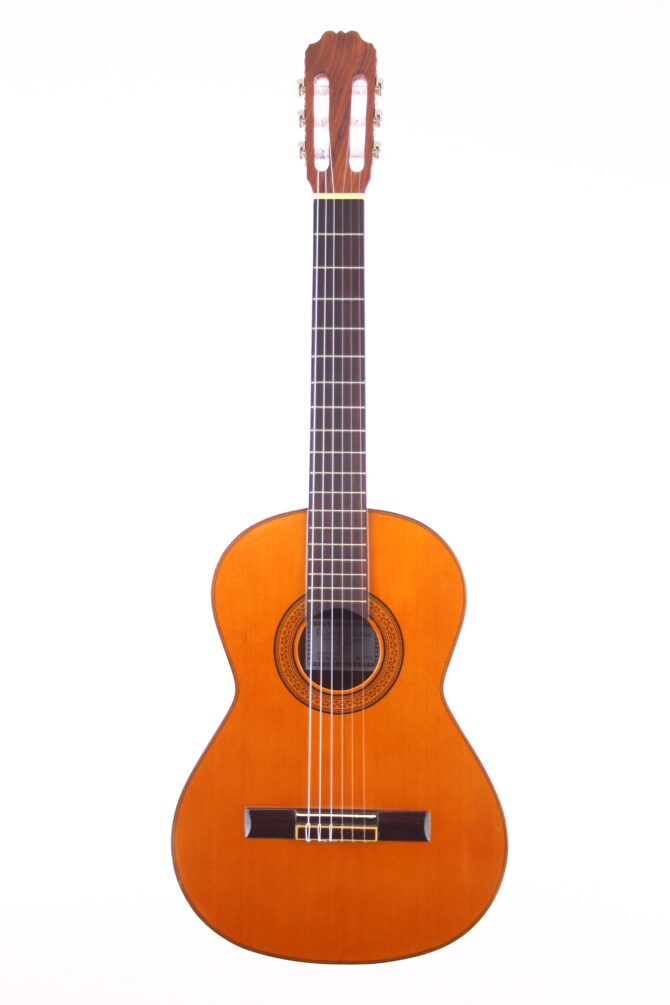 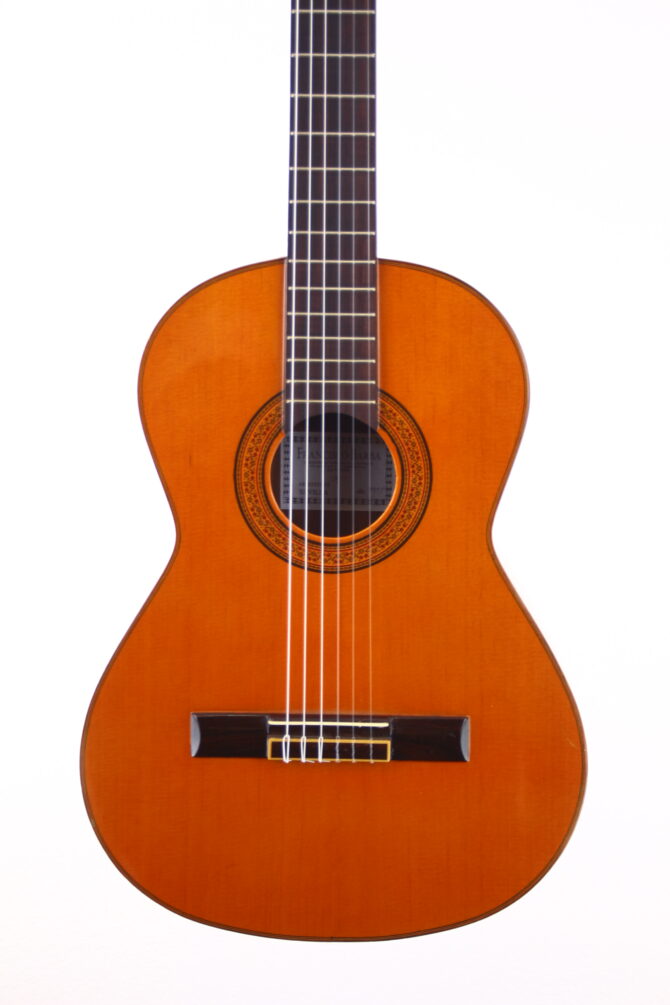 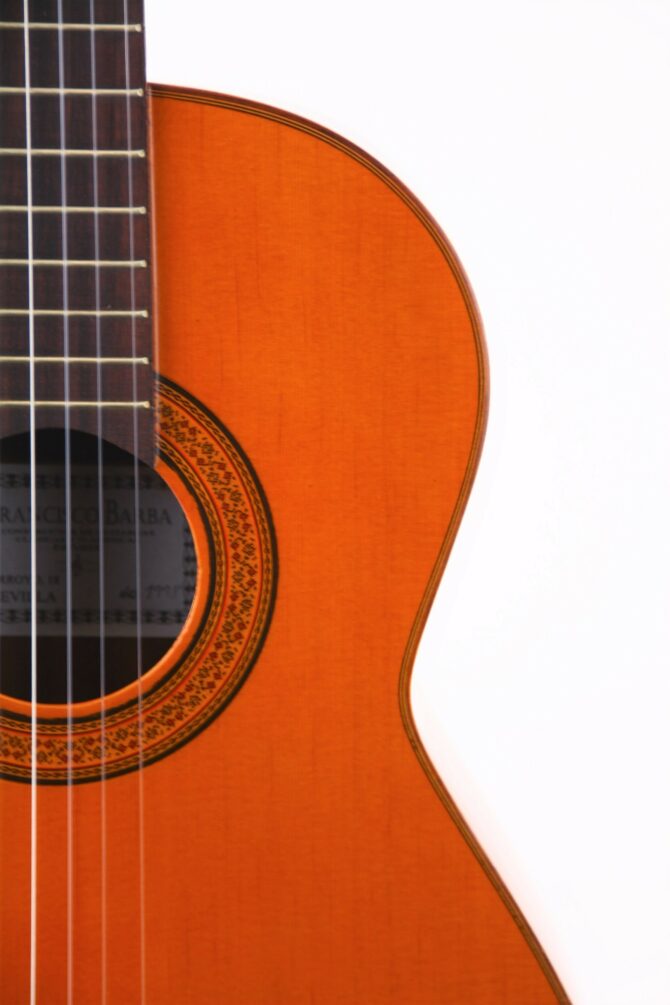 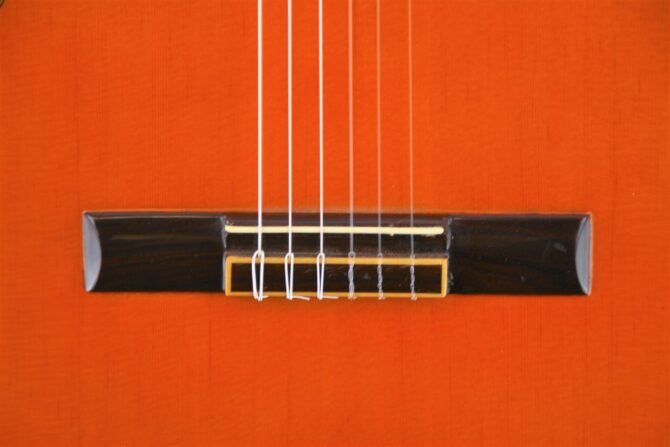 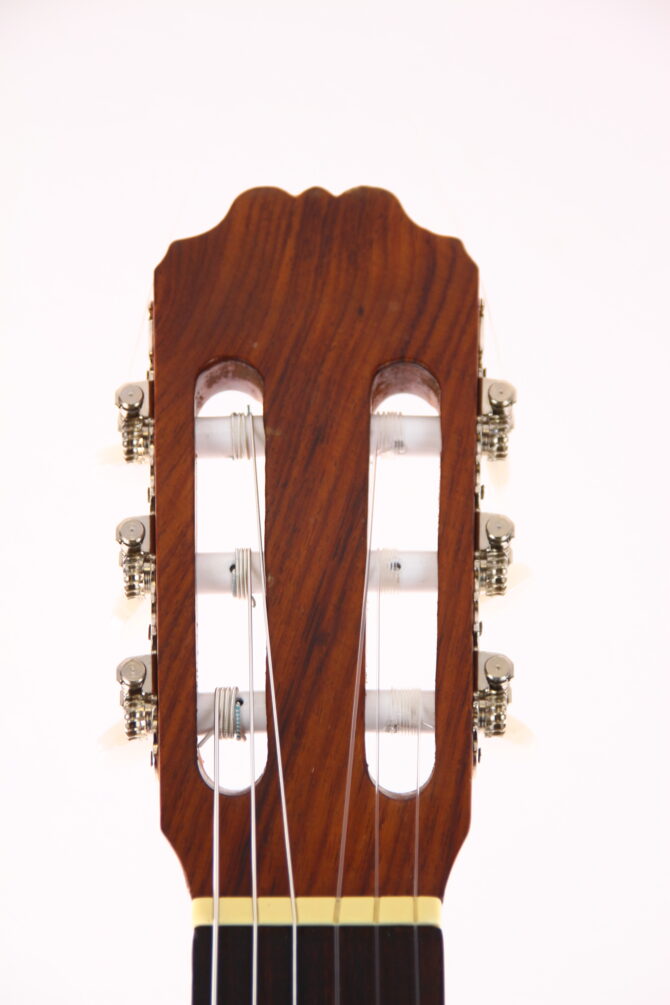 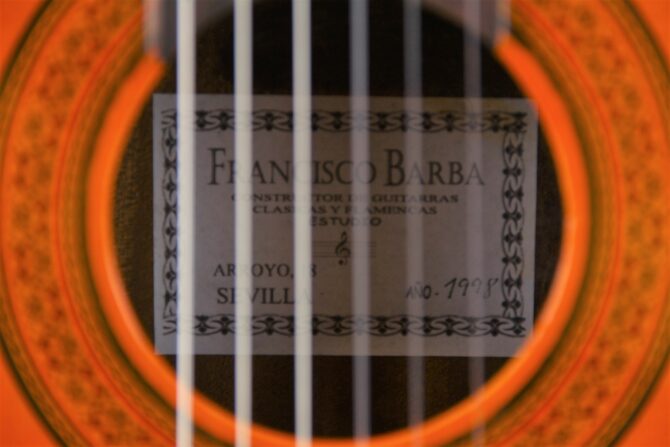 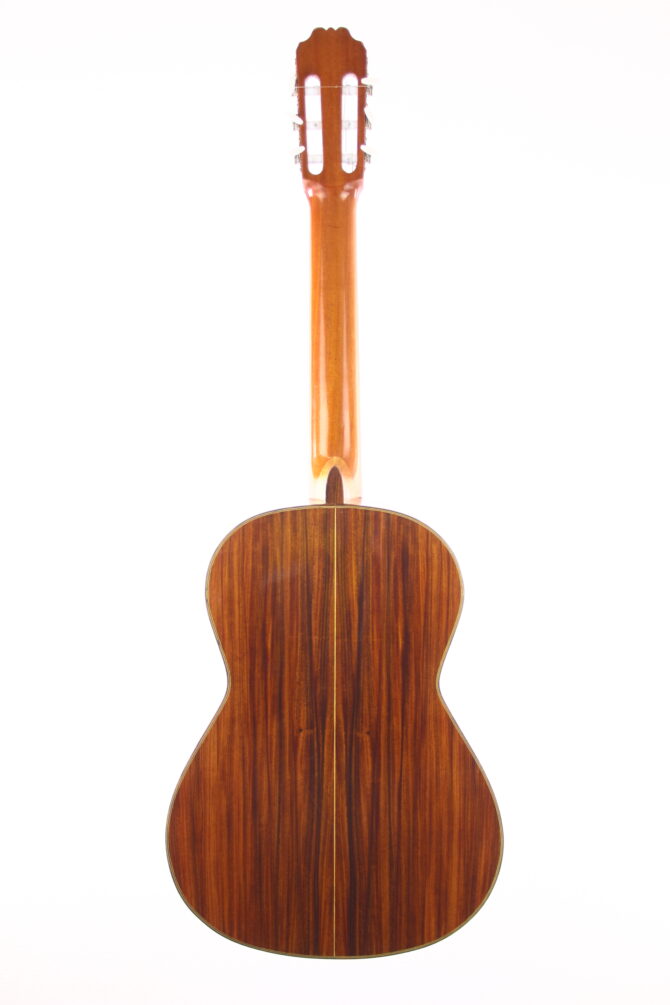 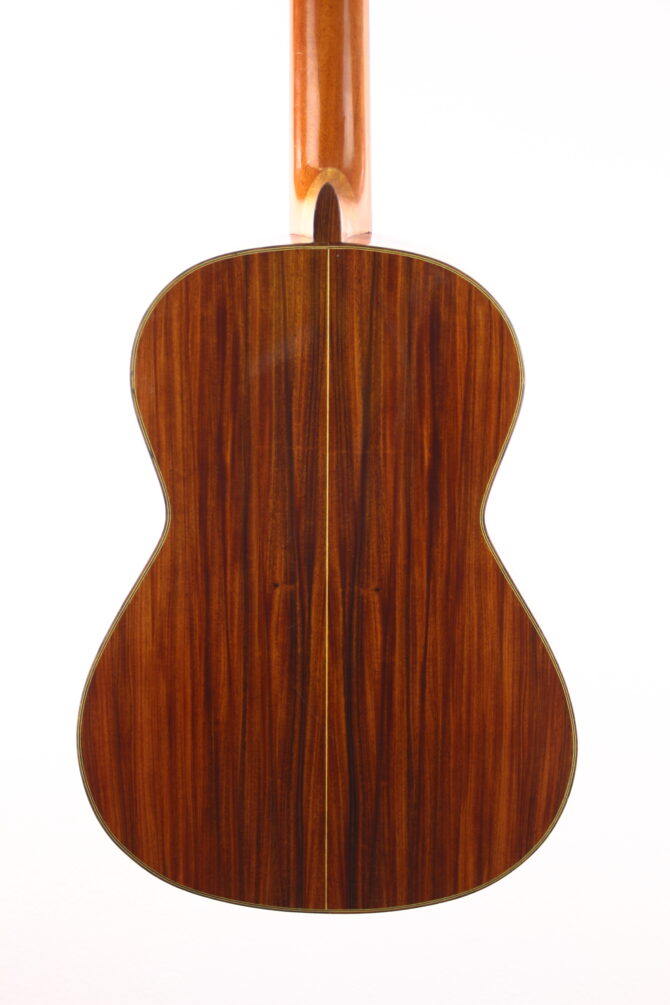 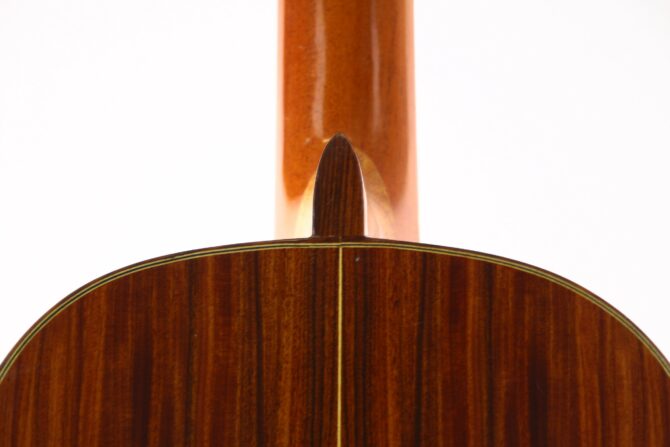 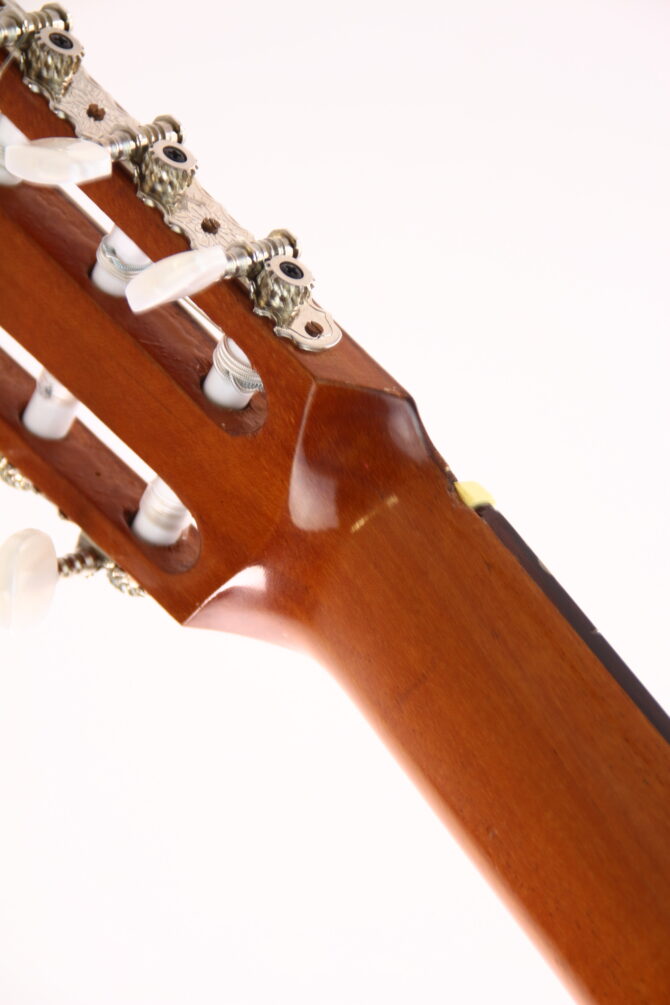 A nice guitar from the shop of Francisco Barba made in 1998 – a fine instrument with a great sound!

Francisco Barba is regarded as one of the best guitar makers ever and his guitars have been (and are) praised and used by some of the best guitarists in the world: Niño de Pura, Manuel Molina, Rafael Riqueni, Pepe Habichuela… and so many others.
Of the same generation as Manuel Reyes and Gerundino Fernandez, Francisco Barba is considered one of the top constructors of flamenco guitars in Spain. He is also the best-known and reputable builder not just in Seville, but arguably in all of the region of Andalucia where his guitars have been played by many professionalls and amateurs.

This guitar is a guitar from Francisco Barba’s shop and represents one of those “Estudio guitars” – made according to the construction plans of Barba by some other makers.

The top is made of fine cedar, the back and sides are of mahogany. it has a 650 mm scale and 52 mm nut width.

The sound of this Francisco Barba is really nice. The basses are deep and strumming, and the trebles, bright and crystal clear. It has a nice sustained sound and a good balance between basses and trebles. A very nice timbre that sublimely combines power and volume with quality and perfect pitch.

This guitar is perfectly adjuasted with a streight neck and a low action. It plays with great ease.

The condition of this guitar is very good, with just some slight wear from play and use.

It comes with a hard foam guitar case.