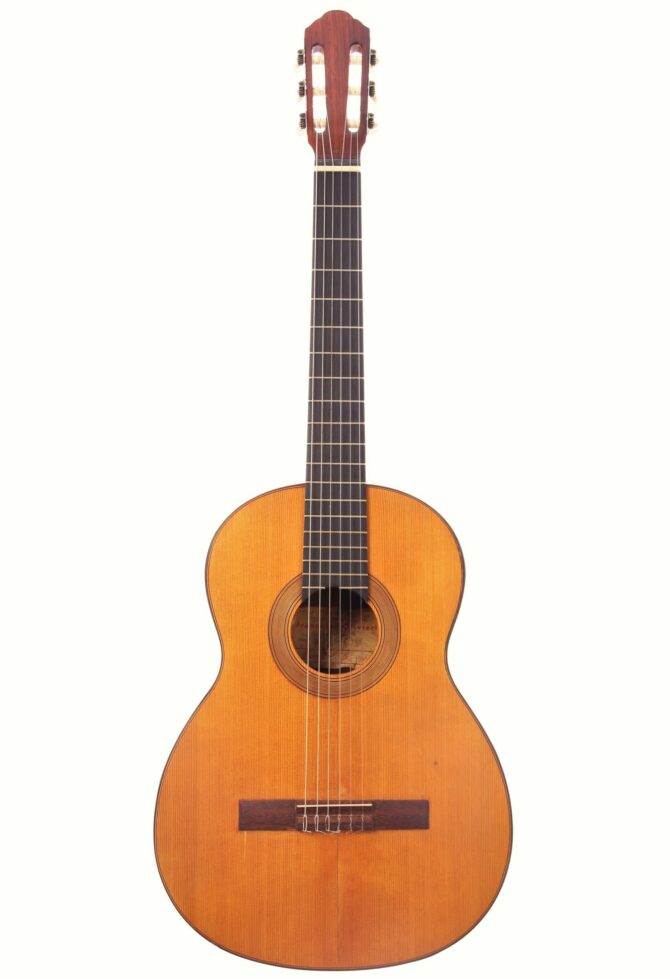 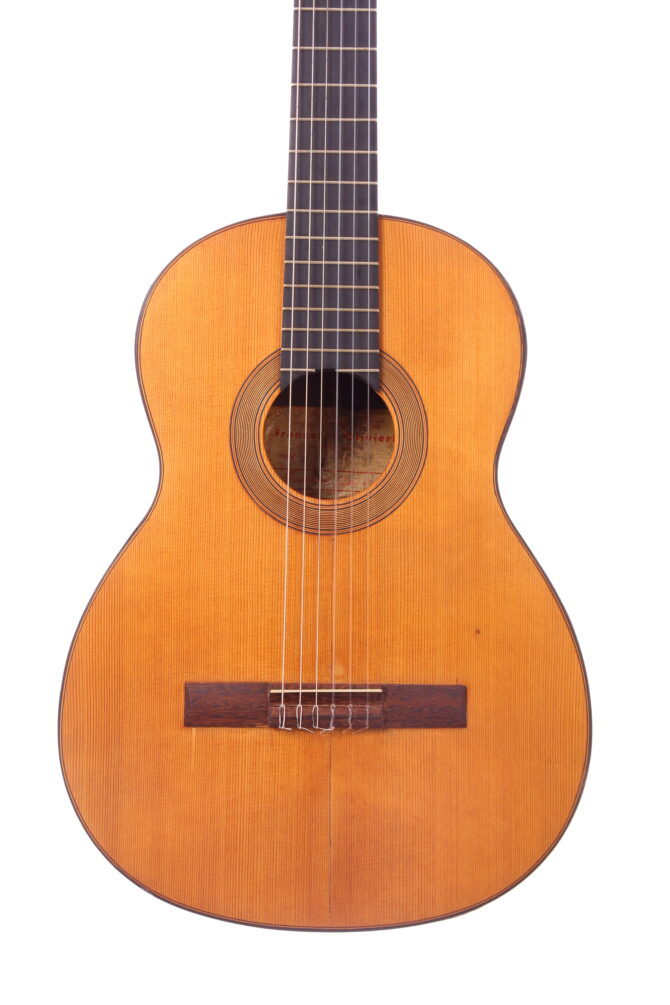 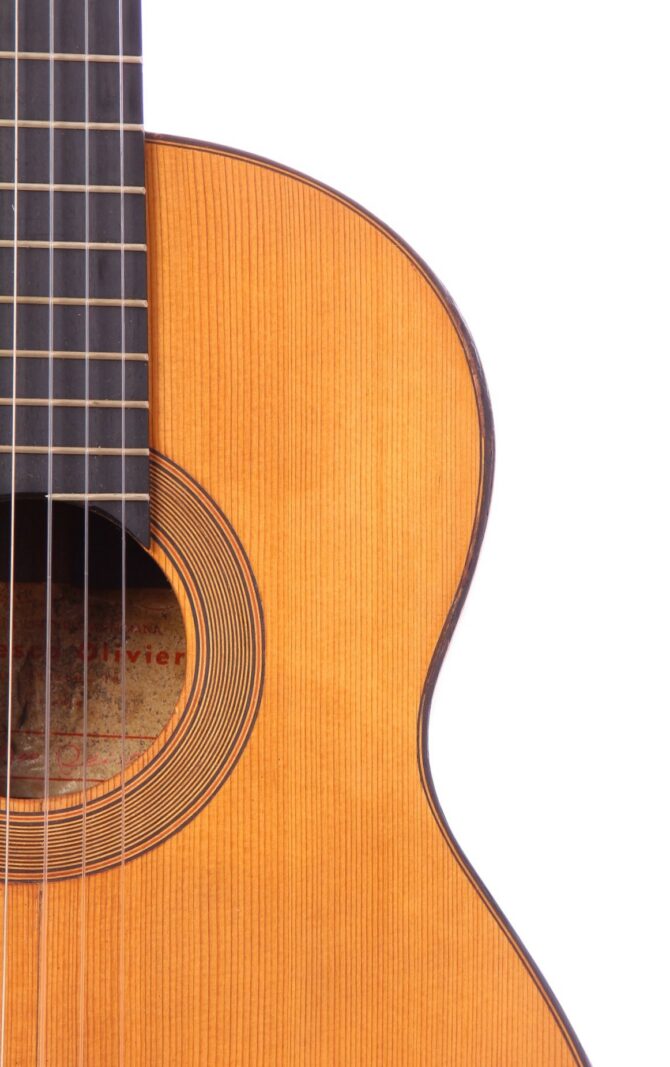 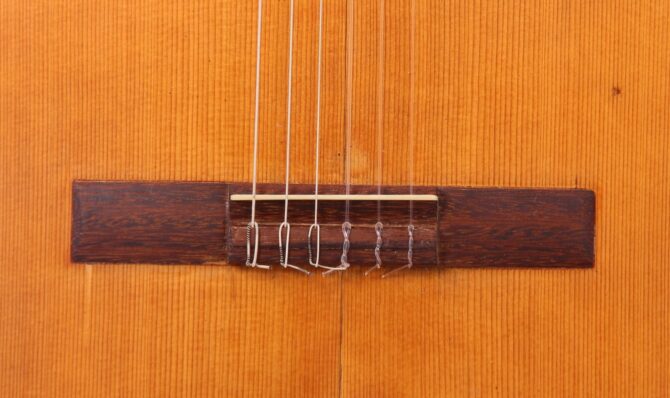 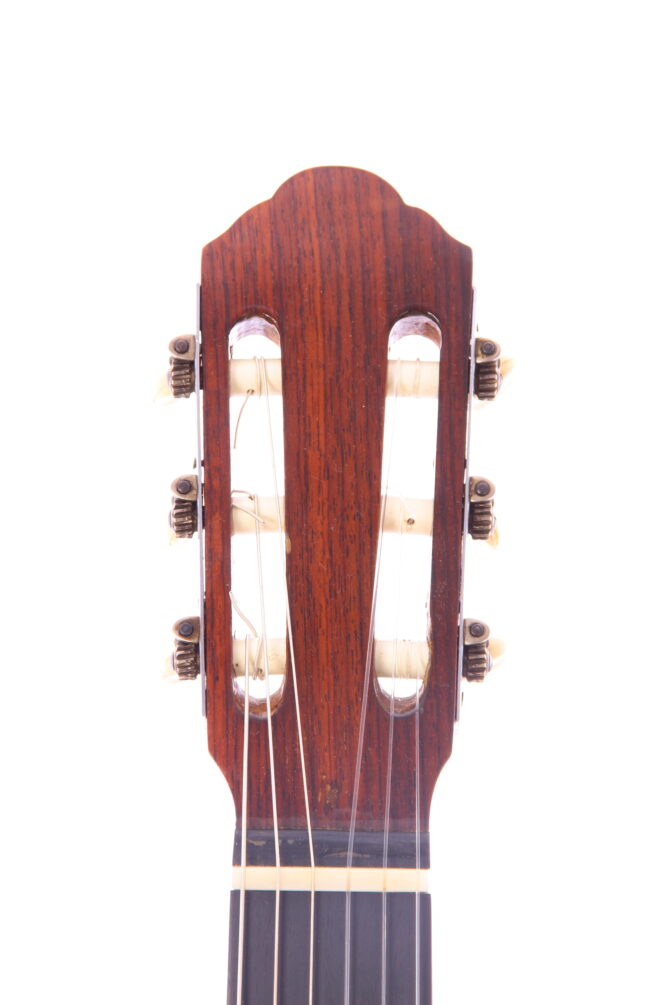 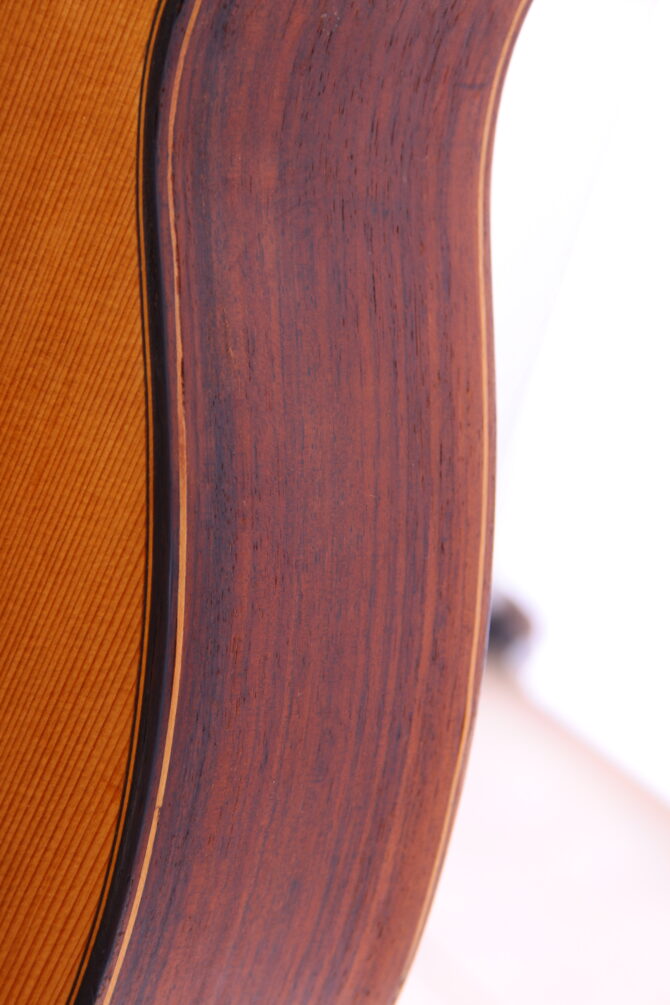 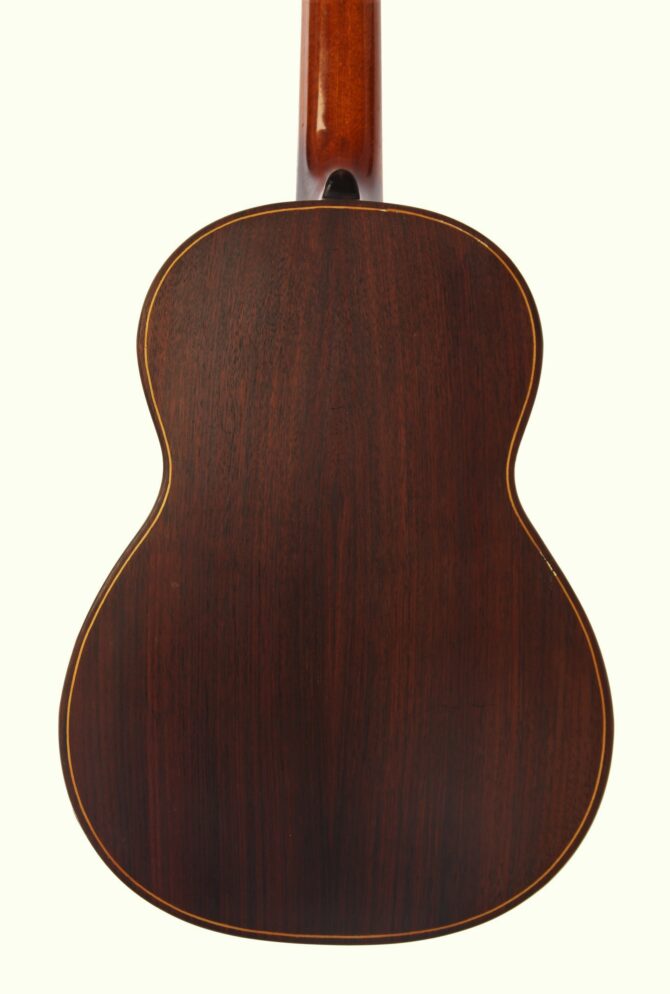 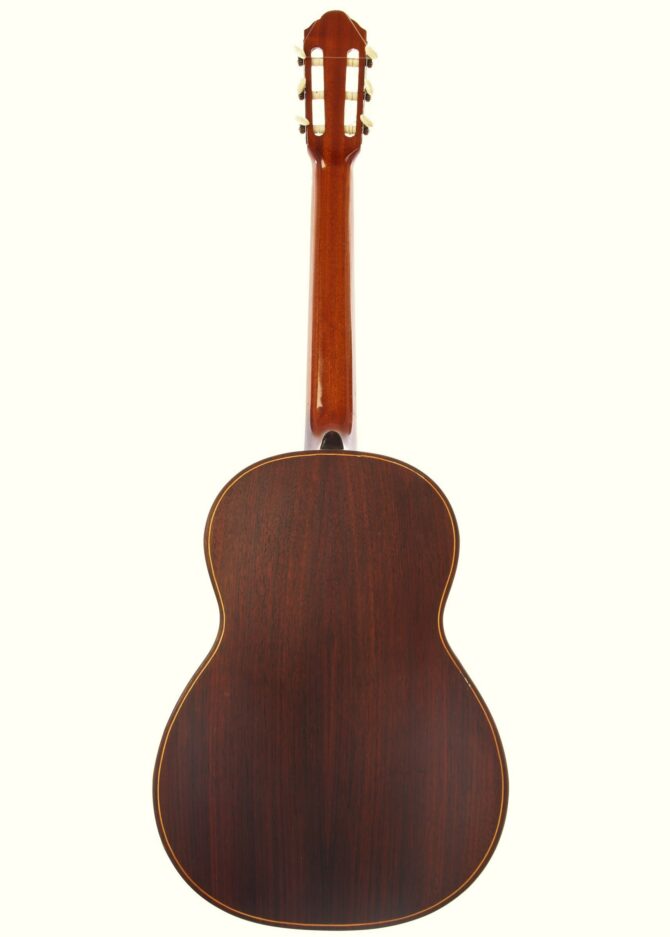 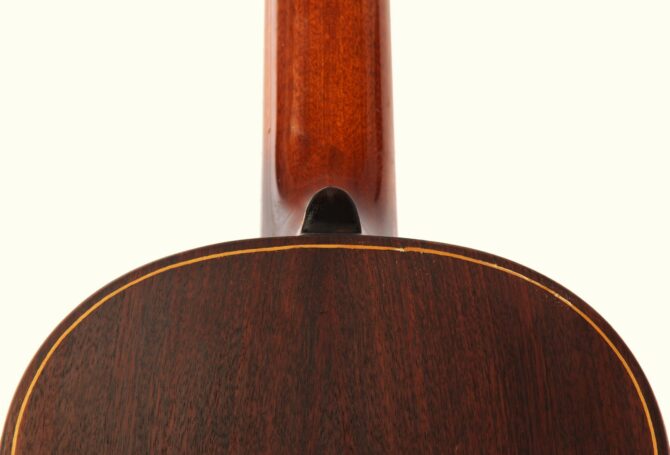 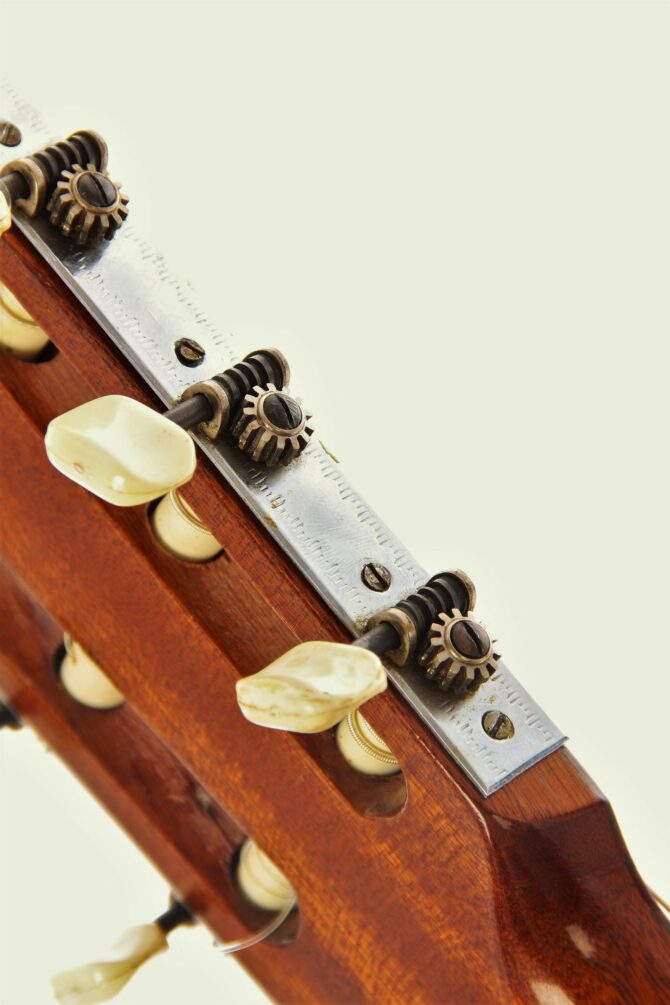 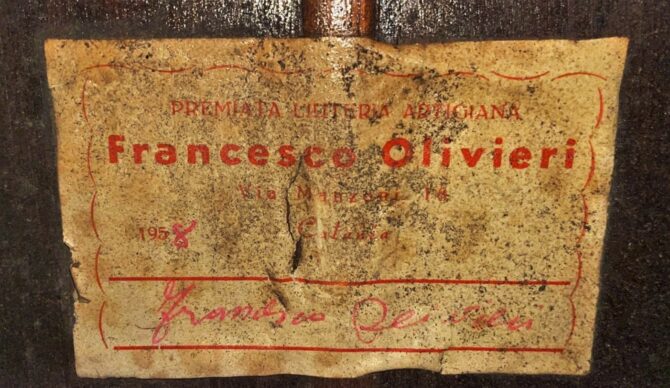 Francesco Olivieri lived from 1895 -1979. He started making instruments in his home town of Catania in Sicily from the 1920’s onwards and then moved to France, establishing his workshop in Paris in the early 30’s.
In Paris he has been one of “Django Reinhard’s luthiers”. Around 20 Gypsy Jazz guitars from Oliveri are known today.
Olivieri returned to Catania just before the outbreak of the 2. world war and started to built custom made guitars, mandolins and other stringed instruments.

Olivieri was at the ‘cutting edge’ of pioneering guitar design in the 1930’s when the demand for louder guitars was at its height and the dexterous guitar skills of Django Reinhardt & The Hot Club de France reigned supreme.

Here are some merit of Francesco Olivieri:

– 1923 Milan: Received Diploma of Prize Gold Medal for his guitars and mandolins.
– 1923 Paris Esposition Internationale du Progres Moderne: Goldmedal for guitars
– 1926 Exhibited musical instruments at the III Exhibition Trade Fair Tripoli MCMXXIX-VII Government of Tripolitania (Libya) and also at the National of Small Industries and Dell’Artigianato Chamber of Commerce and Industry in Florence.
– 1954 Silver Medal winner at the 2nd National Competition of Contemporary Violin Making in Rome promoted by ‘Accademia Nazionale Santa Cecilia of which he was an honorary member.
– 1957 Exhibited at the National and International Handicrafts Trade Fair Florence.
– 1970 Naz. Liut. Art. Ital. Diploma awarded by The Loyalty crafts Provincial Union Artisan Companies in Catania.

This fantastic guitar has a rich sound, very textured and velvety, with great volume and clarity. The action is set very comfortably, and helps make this an overall very enjoyable guitar for player and audience alike.

It has a spruce top and rosewood back and sides. The scale length is 653 mm and the nut width 50 mm.

It is in good shape – apart from some small repairs an restoration work, that has been done to it over the years.

It comes with a fitting guitar case.