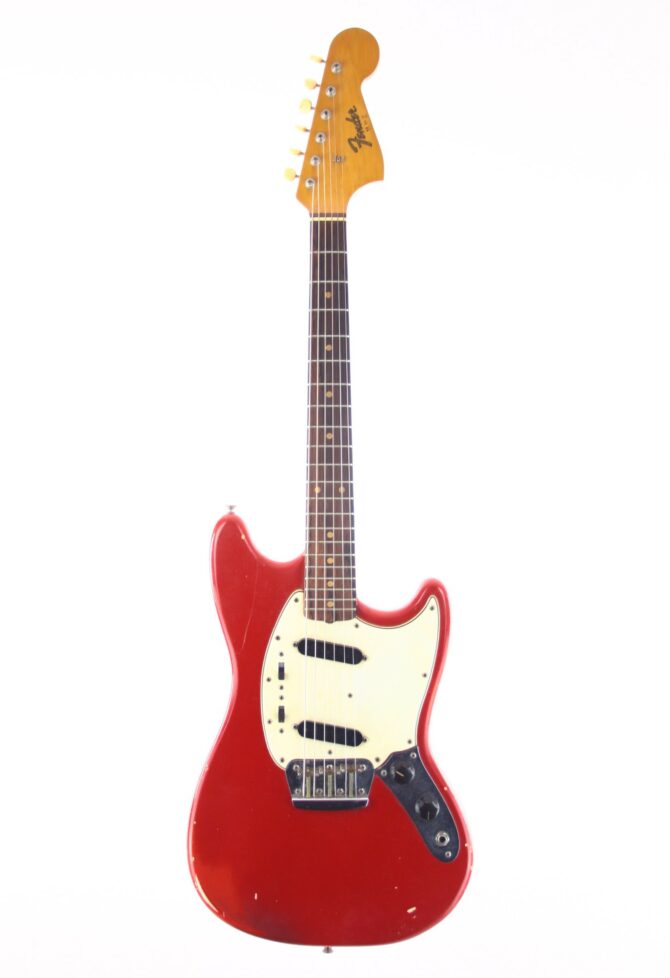 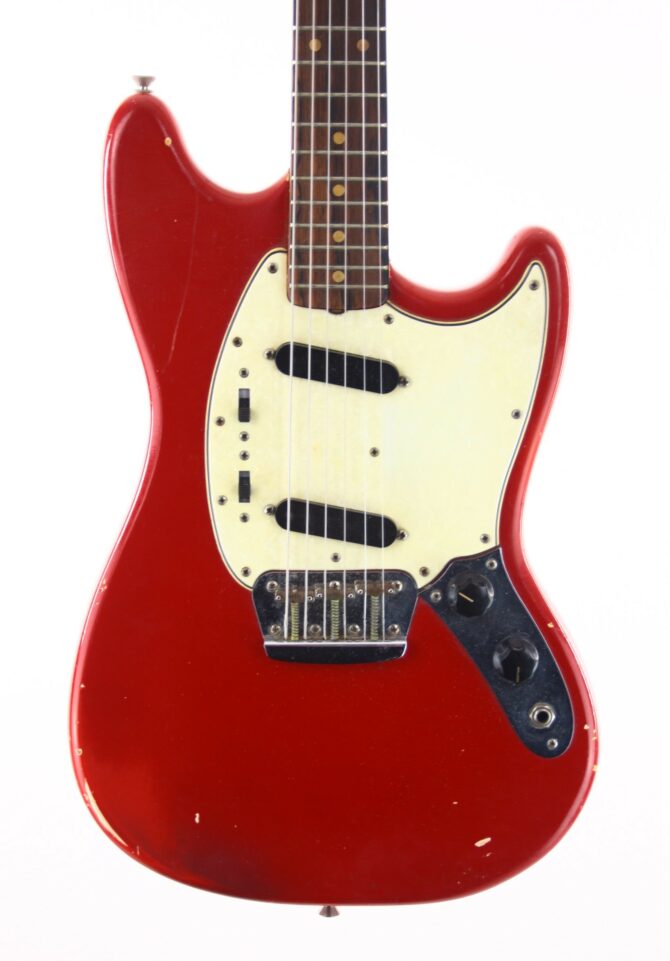 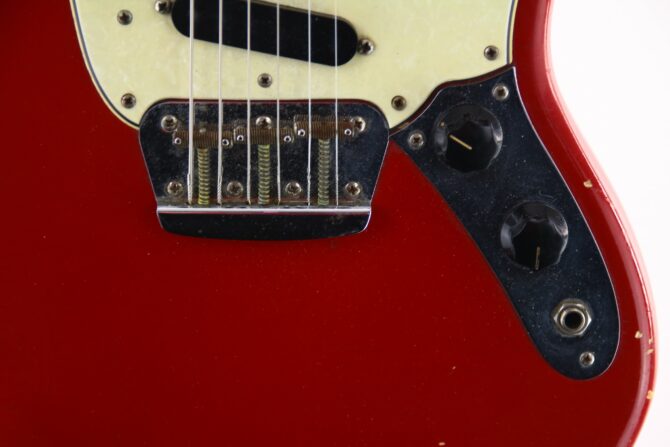 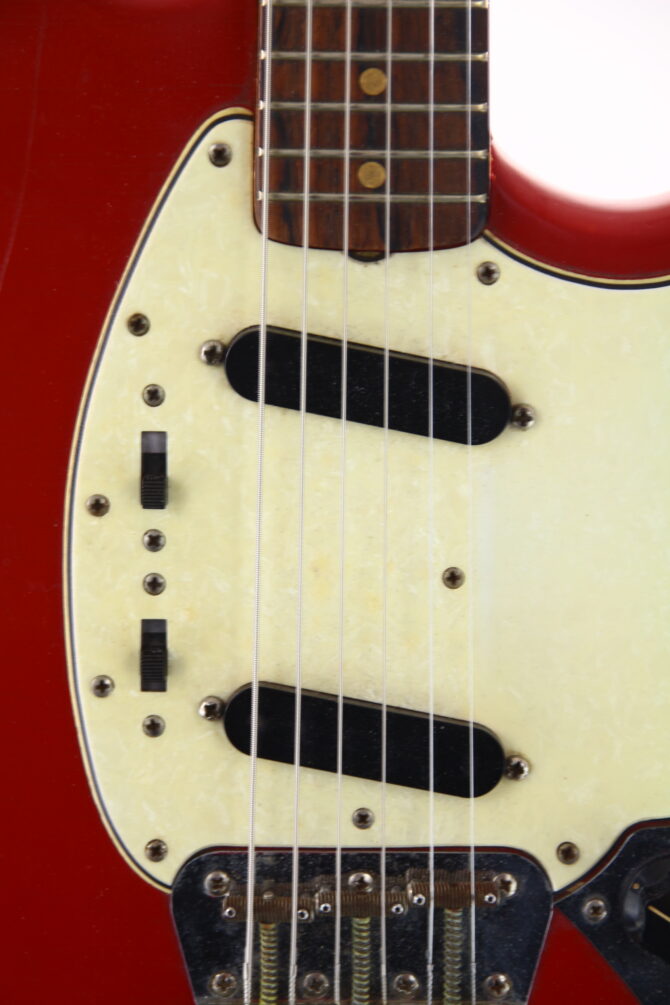 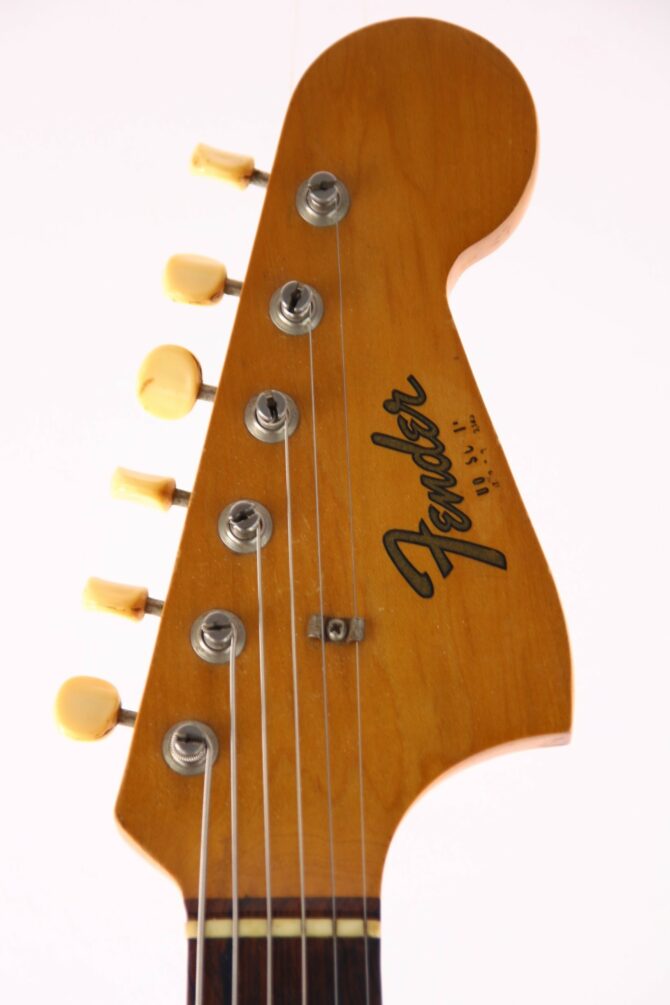 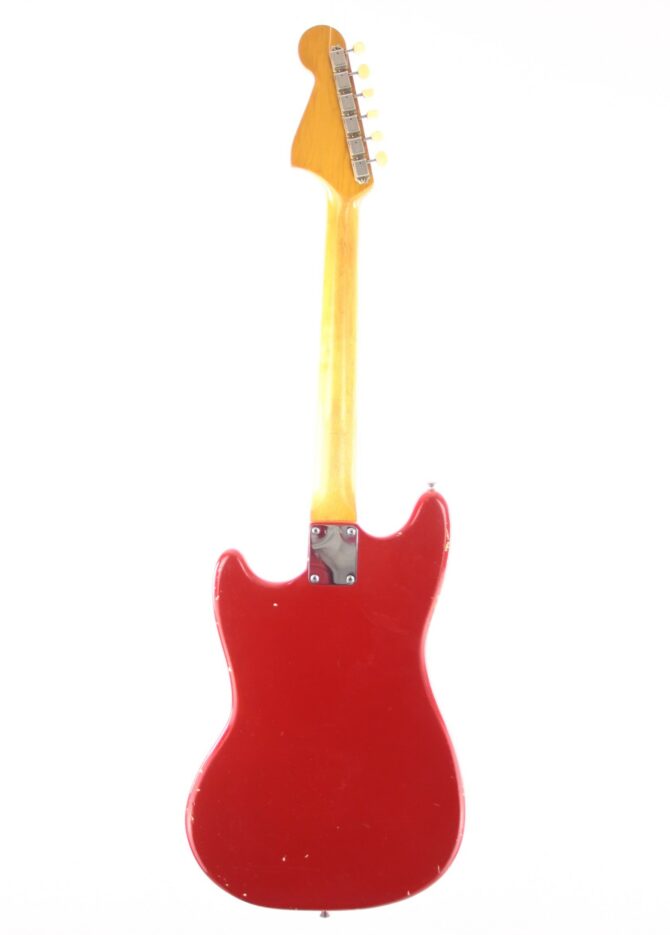 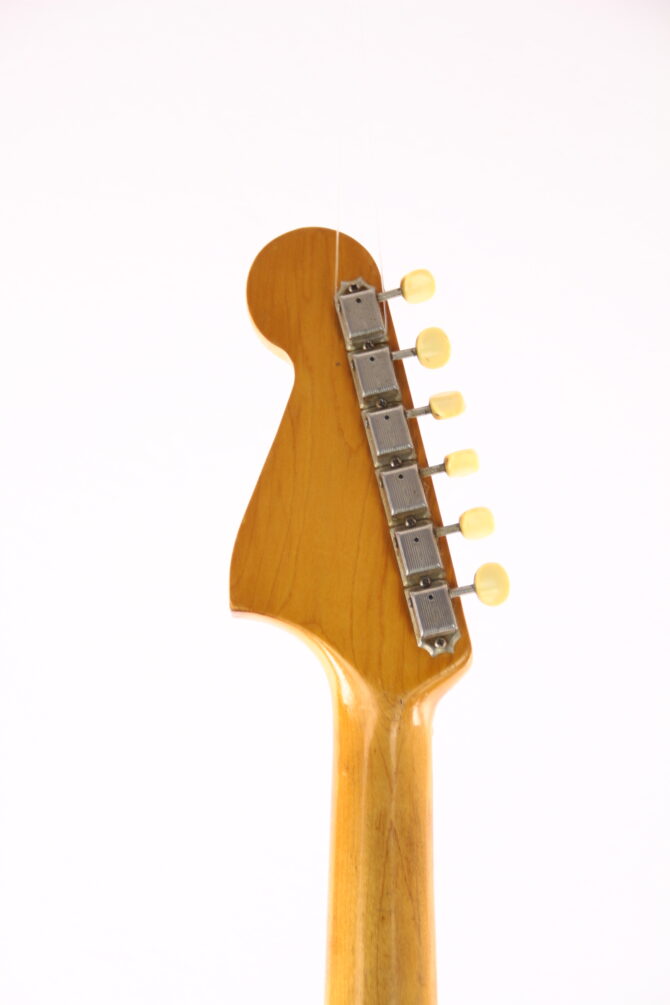 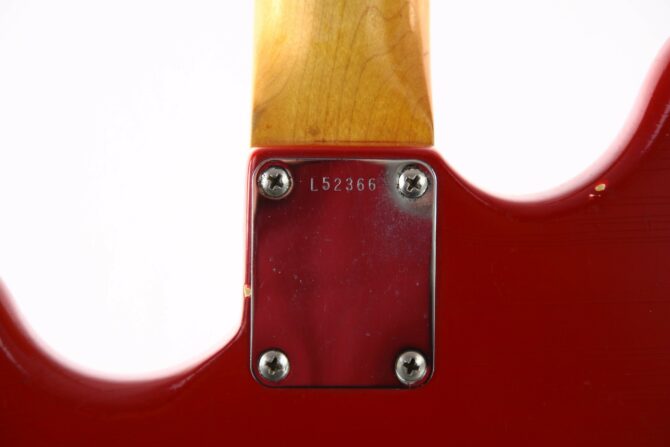 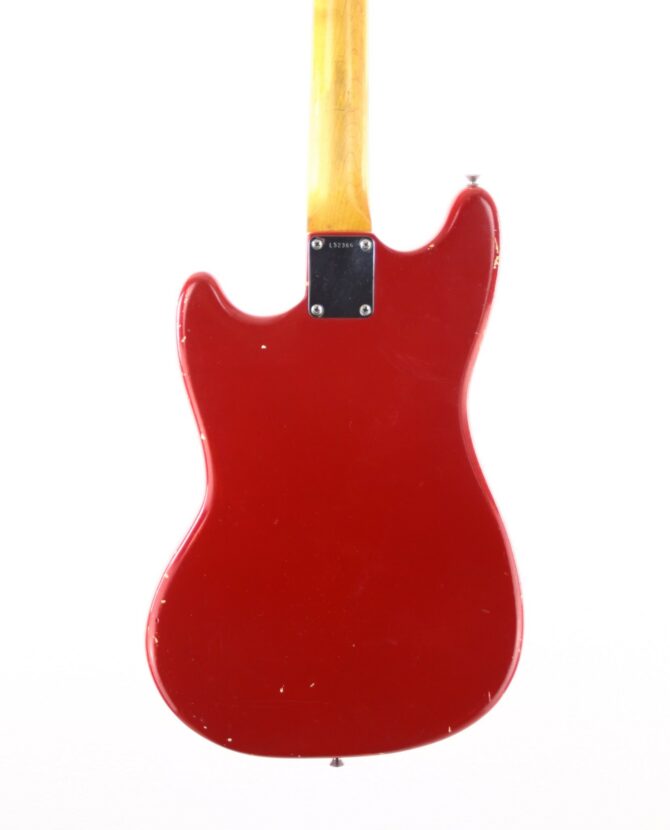 Controls: Master Volume and Tone, plus separate on/off tone switch for each pickup

The Duo-Sonic was redesigned in 1964 as an almost identical model to the Fender Mustang without the Vibrato tail-piece which has a legacy of intonation challenges.
These guitars featured larger and slightly offset bodies, necks with larger headstocks with the volume and tone controls mounted on a separate metal plate.

Pickup selection was moved above the pickups on both the Duo-Sonic and the Mustang and utilized two 3-position on-off-on switches that allowed for in and out-of-phase sounds. The pickups were also reverse-wound/reverse-polarity, which made them into a functional humbucker when both pickups were used simultaneously.
Many Collectors view The Duo-Sonic II as a more desirable instrument to the iconic Mustang because the tremolo bridge adversely affects intonation.
For those who want a taste of the authentic pre-CBS Fender without a five-figure price tag of the Jazzmaster/Jaguar/Strat/Tele; this is an amazing value, and entry way to the historic Fender era of the early 1960s.

The guitar is all original, with no modifications/repairs. The paint shows some signs of wear which is typical for a guitar that is nearly 60 years old. A few dings here and there but nothing remarkable. OHSC