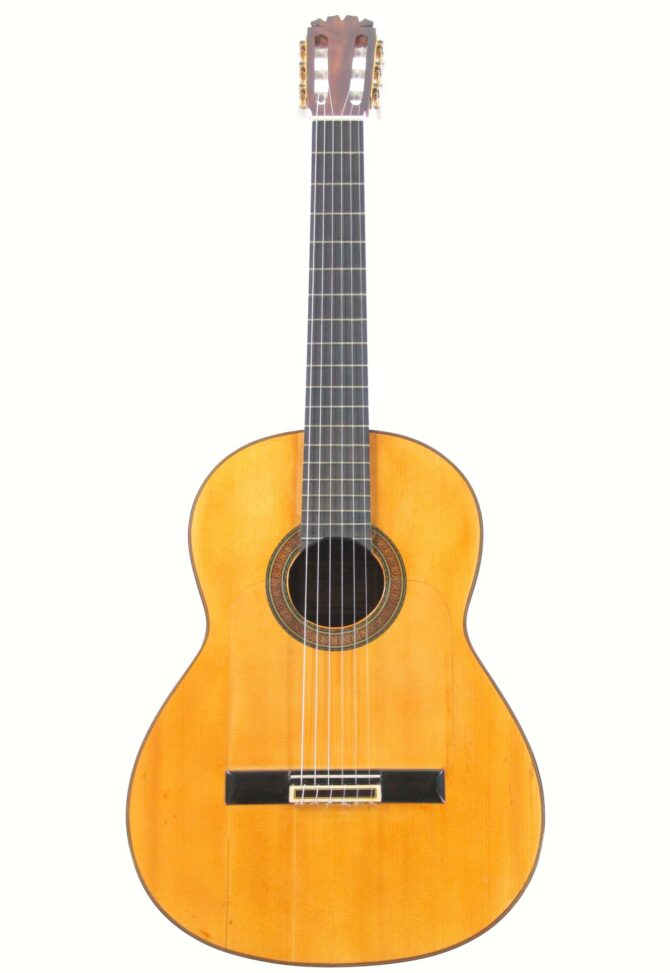 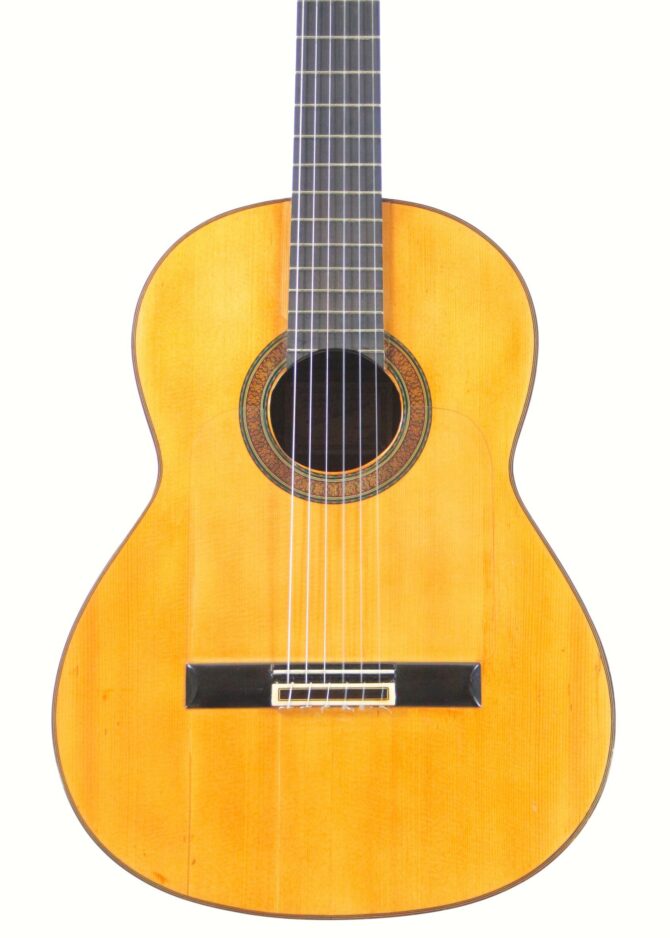 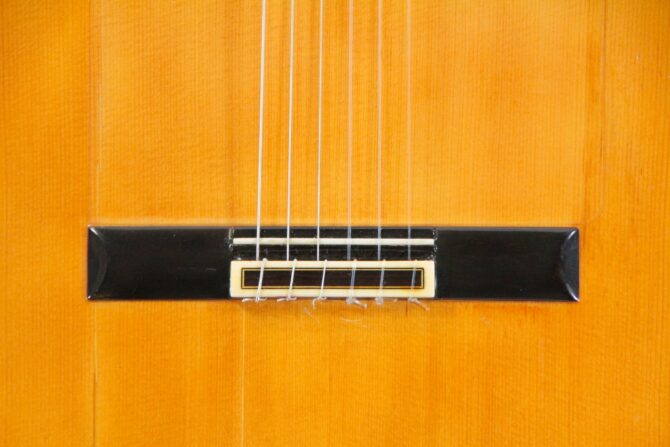 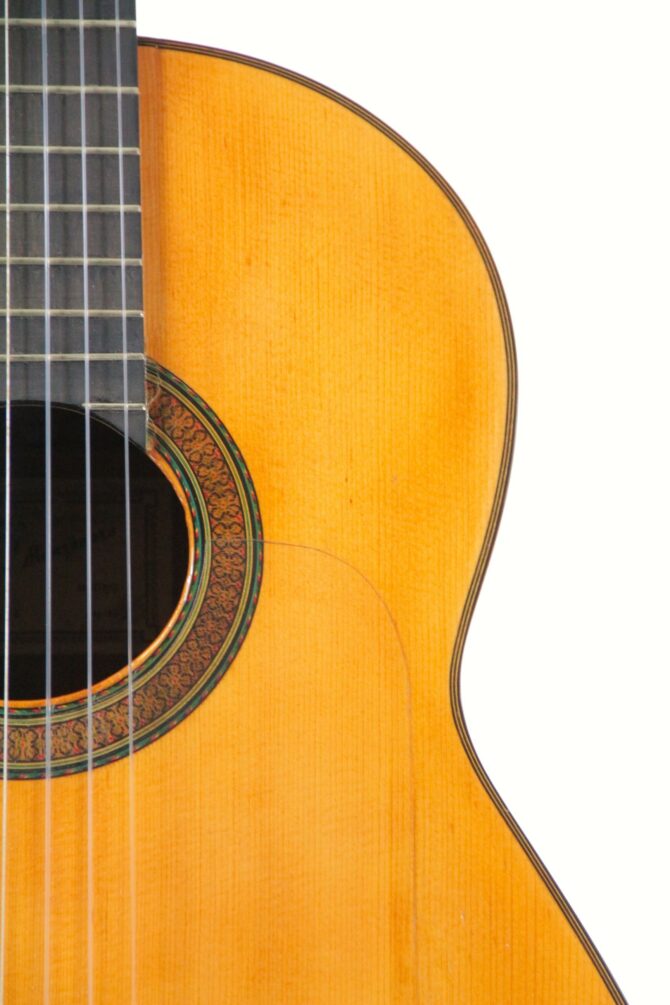 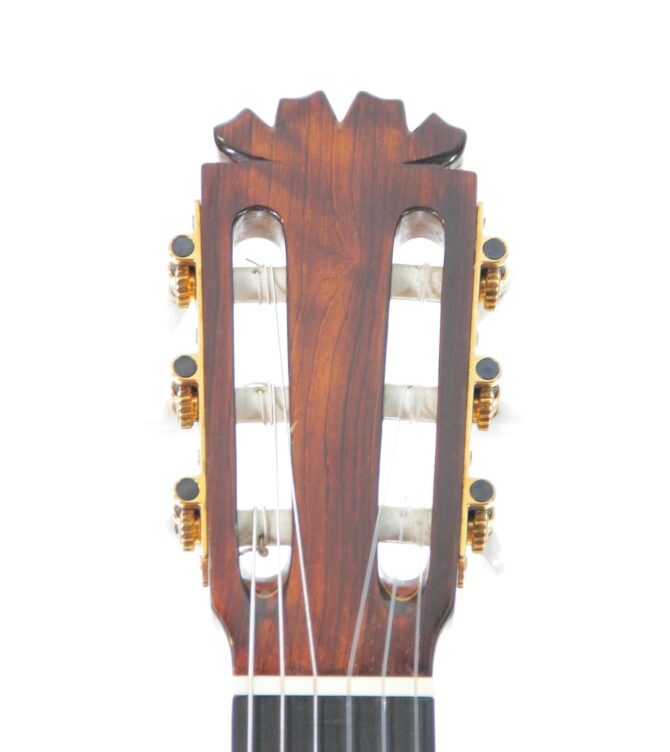 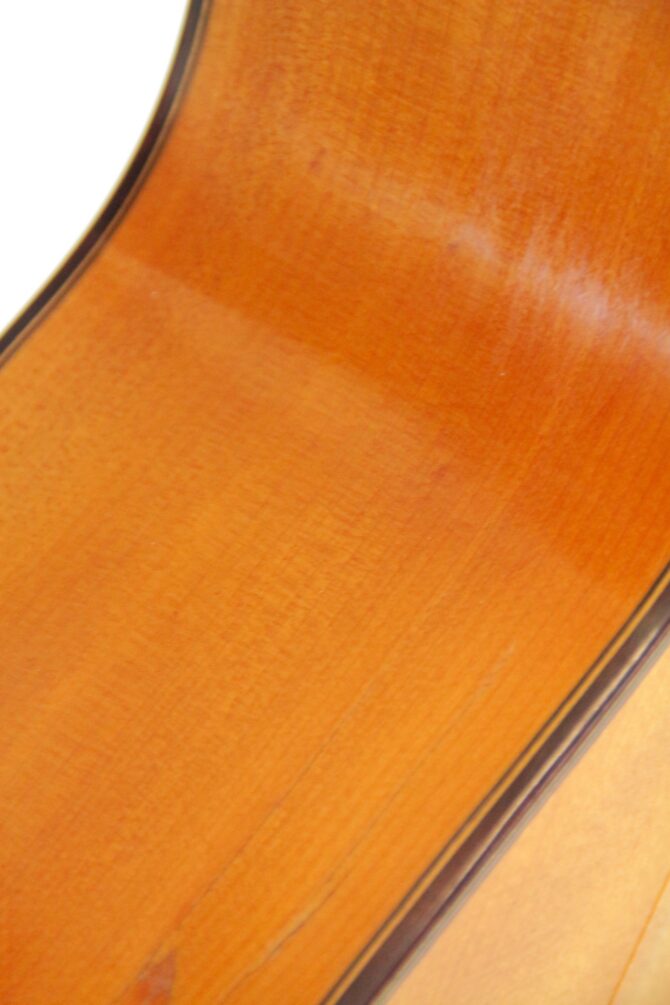 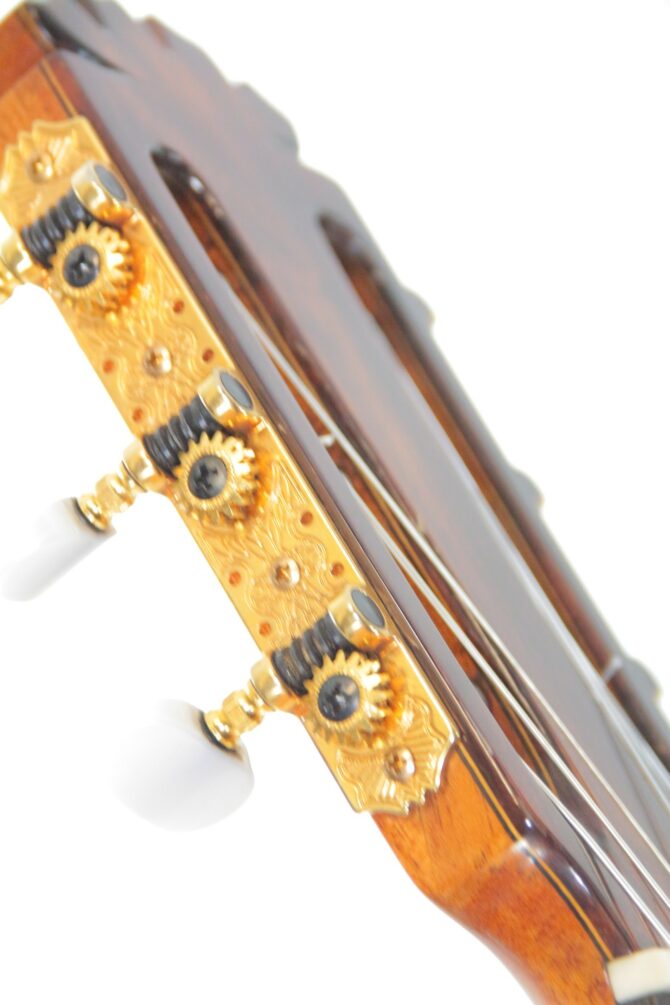 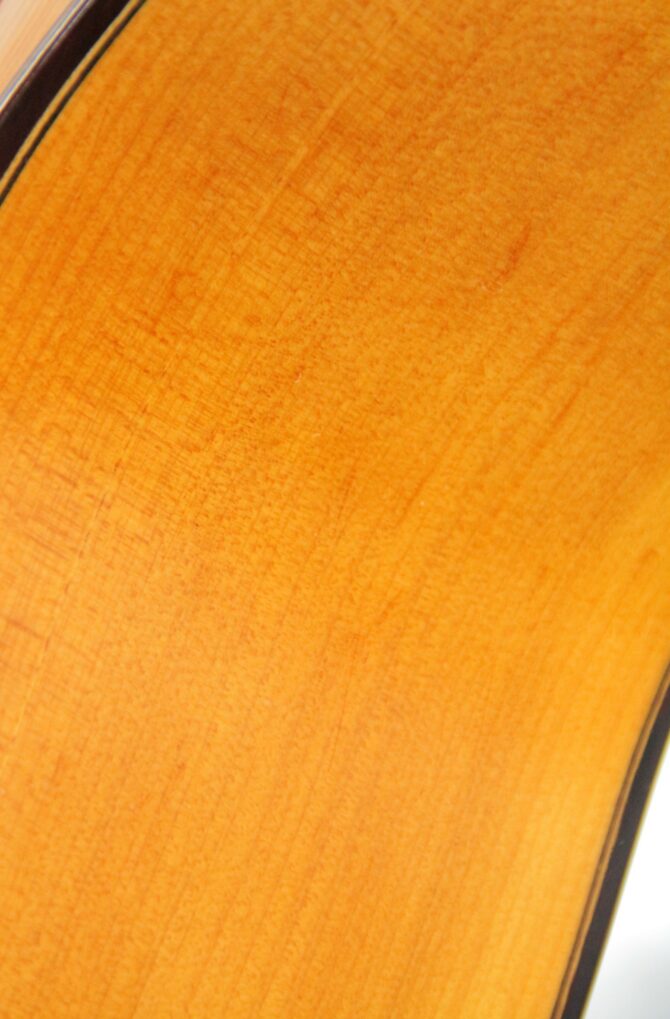 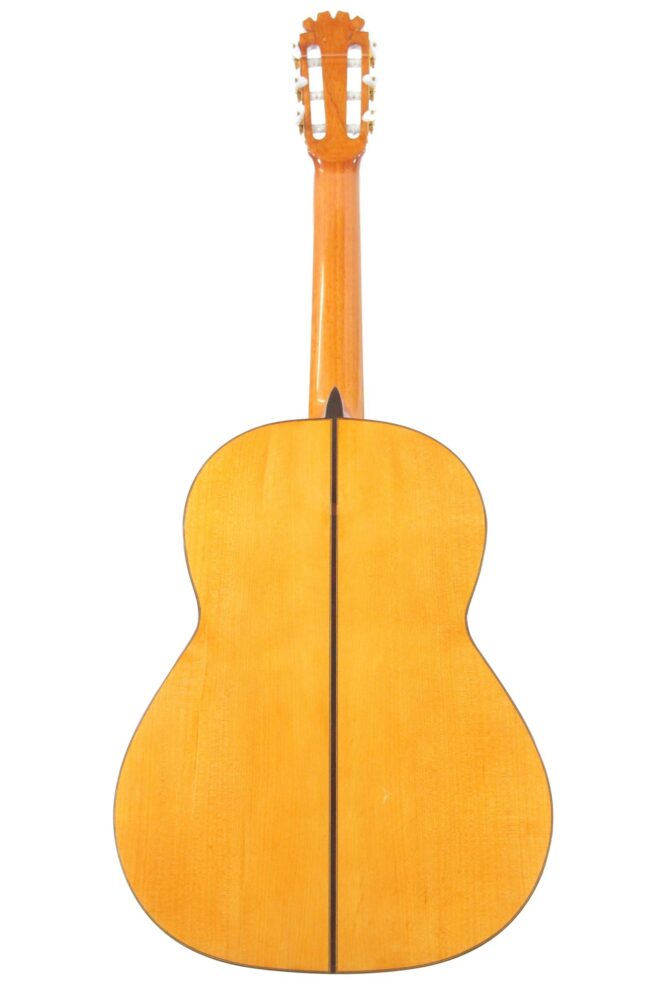 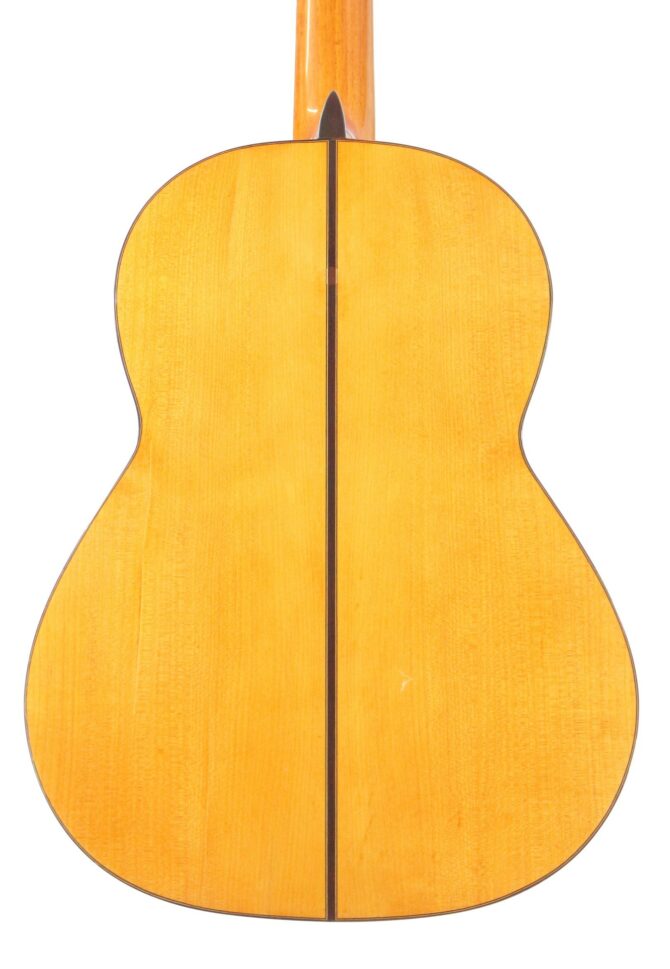 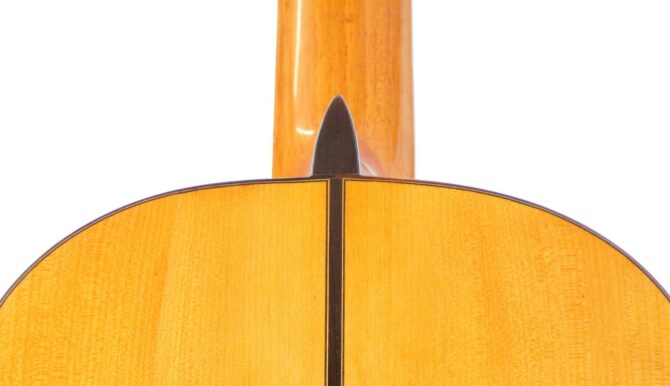 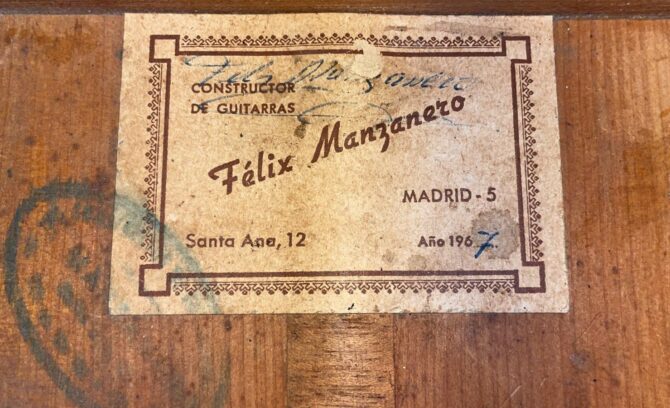 Felix Manzanero is one of the foremost luthiers of classical and flamenco guitars in the Madrid school, and indeed in all of Europe. His classical guitars have won such prestigious prizes as First Place in Acoustics in the Concurso Internacional de Maestros Guitarreros in Tarbes, France in 1989. Manzanero is mentioned as among the best guitar makers in Spain in books by Cano, Evans, Mairants, Morish, and Urlik.

Felix Manzanero was born in Madrid in 1937. He had learned a little about guitar making from Modesto Borreguero (1893-1969)—who had been trained by Manuel Ramirez (1864-1916) and was a friend of the Ramirez family. So, at the age of 14, when Manzanero learned from Borreguerro that the Ramirez shop was looking for a gifted trainee, he applied. Once hired, he began his apprenticeship under José Ramirez II (1885-1957) doing varnishing and building bandurrias, working alongside Alfonso Benito and Jose Ramirez III, the only others in the shop. He recounts how he secretly made his first guitar out of scraps of wood he saved. When Ramirez saw it, he was impressed, and then allowed Felix to build guitars, eventually promoting him to master craftsman.

After 12 years there, Manzanero started his own workshop in 1963 on Santa Ana street in the Rastro (Thieves’ Market) section of Madrid, where many famous concert players from all over the world have visited him to admire his guitars. He has a splendid collection of over 100 Spanish Guitars in his shop dating back to the 18th century, and he also possesses an extraordinary stock of woods aged over 30 years. Manzanero has made more than 1000 guitars under his own label, which does not include the guitars he made as a master luthier in the Ramirez studio (which have his initials “FM” stamped on the inside). Those personally made and signed by him routinely sell for $8,000 to $35,000.

Manzanero is a leading member of the Artesanos de la Guitarra at the Escuela of Madrid. As a master craftsman he has inherited a centuries-old tradition, not only of superb craftsmanship but also of continuous innovation and improvement of the guitar as a musical instrument; he has dedicated a great part of his life to the study of guitar building and its sounds. Among other modifications, he has made a guitar without fan braces, as well as one with a seventh interior string, and even an elliptical guitar. Together with a group of engineers, he has been experimenting intensively to develop a technical system to find the ideal measurement of the harmonic table before it is mounted in the instrument.

Felix Manzanero officially retired in 2010 (although he apparently continued to make a few guitars until 2012), and until recently his shop was closed. His son Ivan Manzanero (b. 1960), who trained under his father and built his own first guitar in 1979, decided recently to reopen the shop.

This instrument is the finest example of his cypress flamencos we have played, it is crisp, explosive, throaty, and expressive, an effortless guitar to play and control. You want raspy grit: it can do it. You want Sabicas’ lyrical sweetness: no problem.
It is every bit the equal to any of the great old blancas in the great collections and would be an outstanding instrument for the most demanding professional.

We offer this guitar for a great price. It has been played a lot and was in rough condition. Now it has been very professionally restored and plays incredibly well.